Hollywood’s legend Angelina Jolie: Her marriages and the Brangie brood 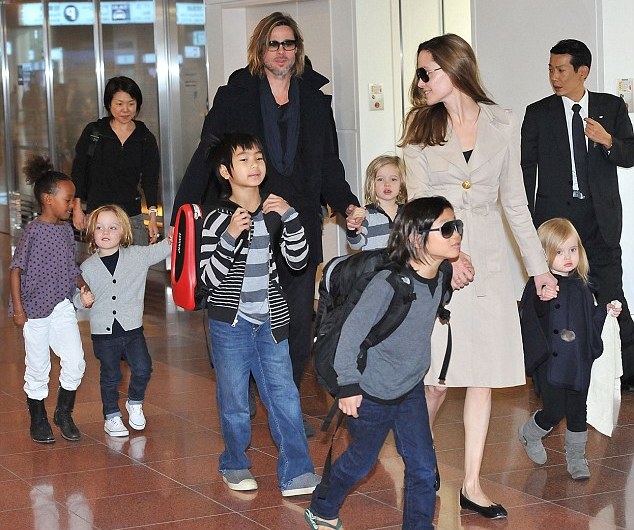 Hollywood’s legend Angelina Jolie: Her marriages and the Brangie brood

Does she need any introduction at all? Jolie is one hell of a beautiful and successful woman who knows her worth. She carries herself with so much pride and dignity and this attitude is reflected in all she’s involved in. Multiple-award winning Angelina Jolie has been regarded as Hollywood’s most paid actress. A sizeable number of media outlets refer to her as one of the female icons with the most international influence. Now, she has channelled social profile to serve humanitarian projects like education, women’s right and conservation.

To all the Brangelina fans, there is more to Jolie than her romance with the handsome Pitt. She was married twice before Pitt even though her first two marriages were not as popular as the third. Jolie is the proud mom of six kids! Amazing right? Read on to know more about her marriages and lovely children. 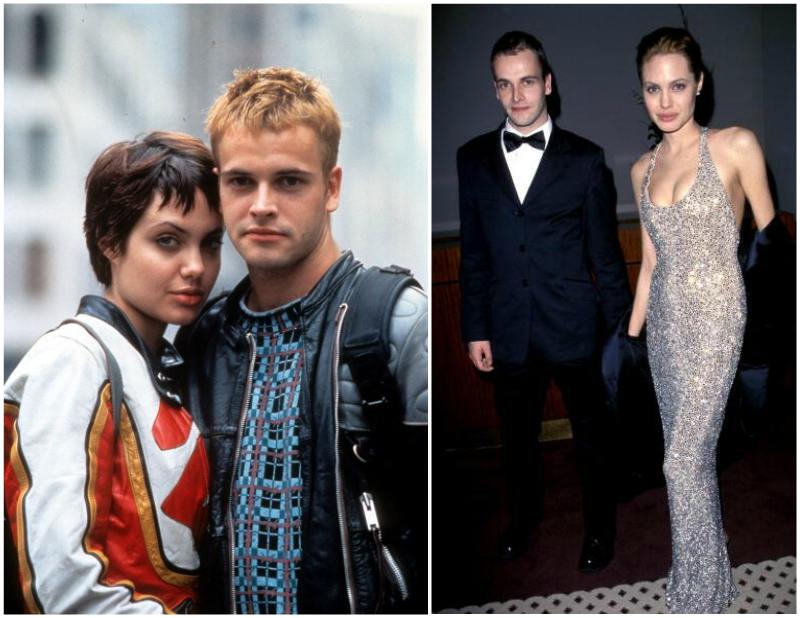 It would interest you to know that Miller was not Jolie’s first love. After clocking 14, she began a really intense dating period with a guy for two years. This was a concern for her mum and she eventually let Jolie and her lover live in same house with them so the lovebirds could be under close monitoring.  The breakup was painful but Jolie channelled the emotional pain to advance her journey as a soon-to-be international figure. 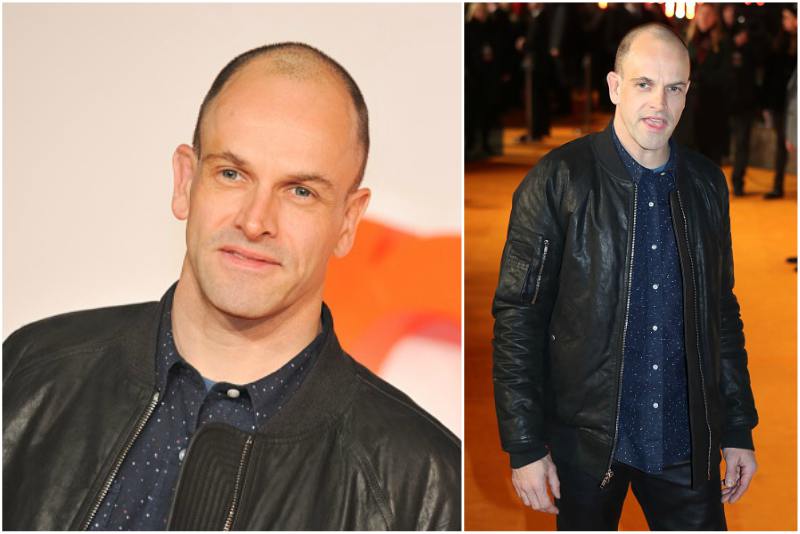 She was a co-cast with Jonny Miller on the filming set of Hackers (1995). Gradually, love began with both of them being on and off for a while until they got married in 1996. After the wedding, Jolie continued seeing Jenny Shimizu (androgynous fashion model and actress) whom she was romantically linked with before tying the nuptial knot with Jonny. In 1999, the “bisexual” superstar actress and Miller divorced but stayed friends. 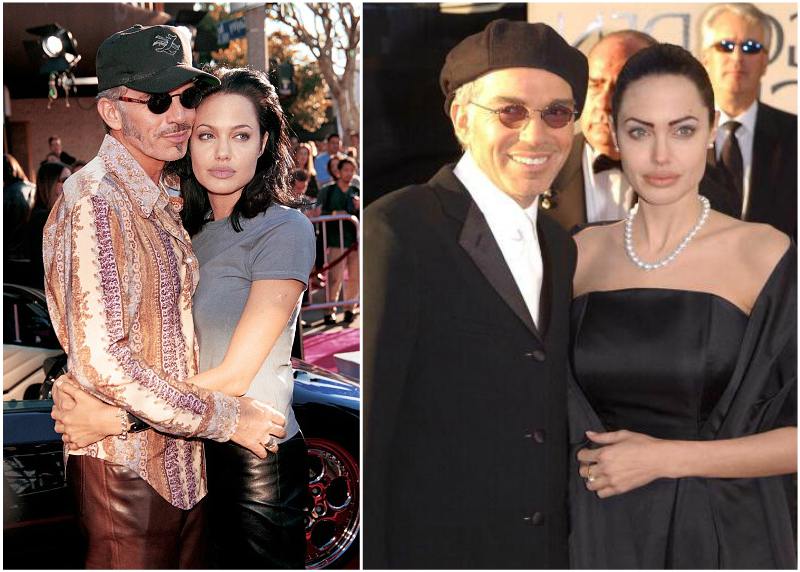 After courting for two months, Jolie and fellow actor Thornton got married (Thornton’s fifth wedding). Their wedding ceremony was hot news amongst media gossips with the lovers wearing each other’s blood in vials as neck pendants. 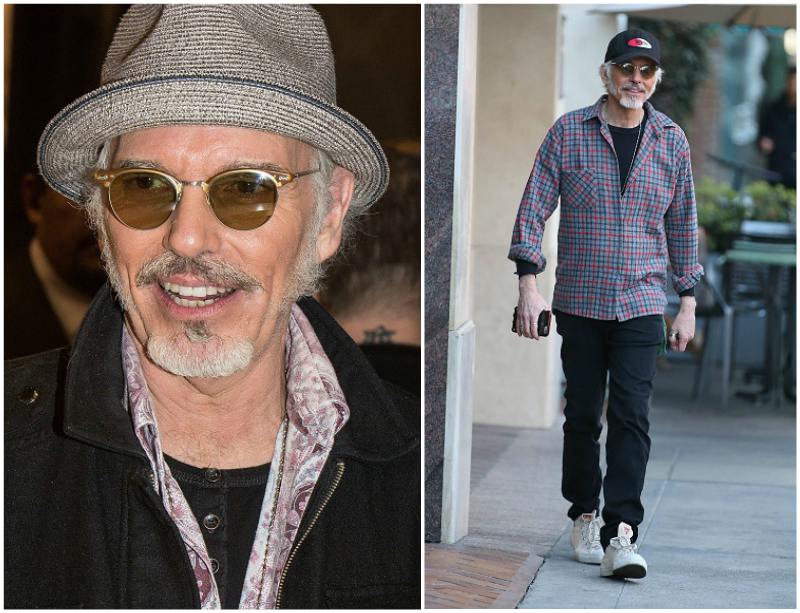 They suddenly separated just months after they planned to adopt a child. The beautiful Hollywood female says this was because both Jolie and Billy just overnight changed so much that they were fast becoming strangers to themselves. 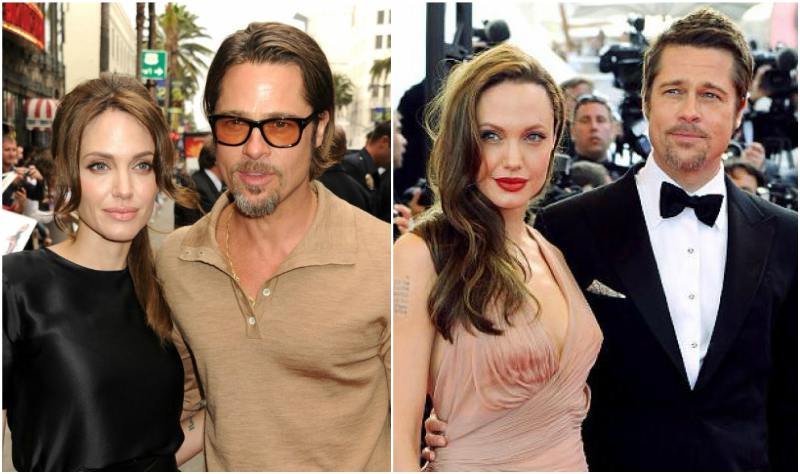 Here comes the juiciest of them all – the story behind Brangelina! The world loves them, not because their story was spectacular but they lived out the definition of a beautiful power couple. Brad Pitt was engaged to Gwyneth Paltrow for three years then married fellow Hollywood legend Jennifer Aniston from 2000 to 2005.

Pitt and Jolie’s love chemistry became intense when they starred in Mr & Mrs Smith (2005). The role they played in this movie was one very intimate role so it was not so shocking for something more to emanate from the movie despite the still existing Pitt-Aniston. 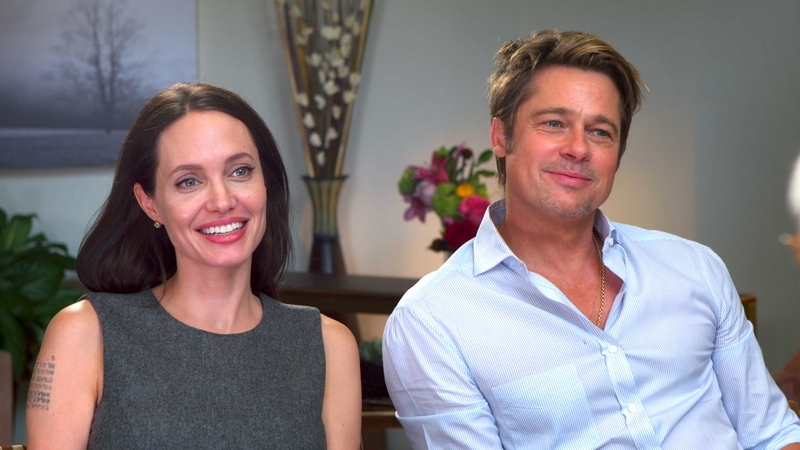 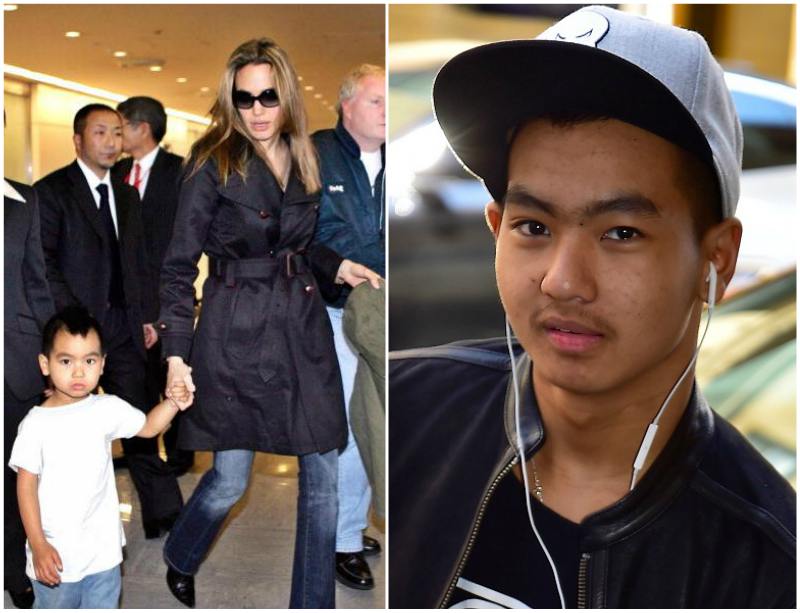 In March 2002, Angelina and Billy stated their desire to adopt a child but things took a downward turn as they split just few months after this announcement. The sexy Jolie went on to adopt this child herself. Brangelina opened a foundation in Cambodia named after Maddox. 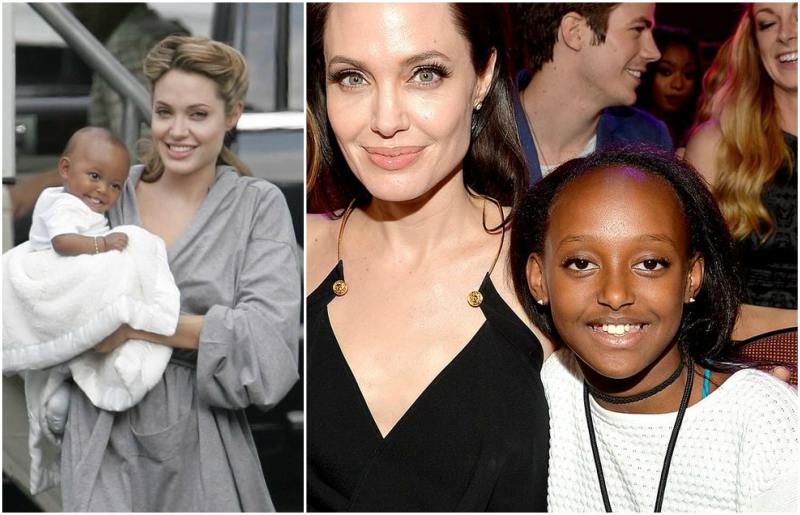 Brangelina were together at Addis Ababa where Jolie adopted her Ethiopian second child – Zahara who hails from Awasa. The black beauty, who was once a voice contributor in an animation, adores the Kenyan Lupita Nyong’o and aspires to be a model in the nearest future. 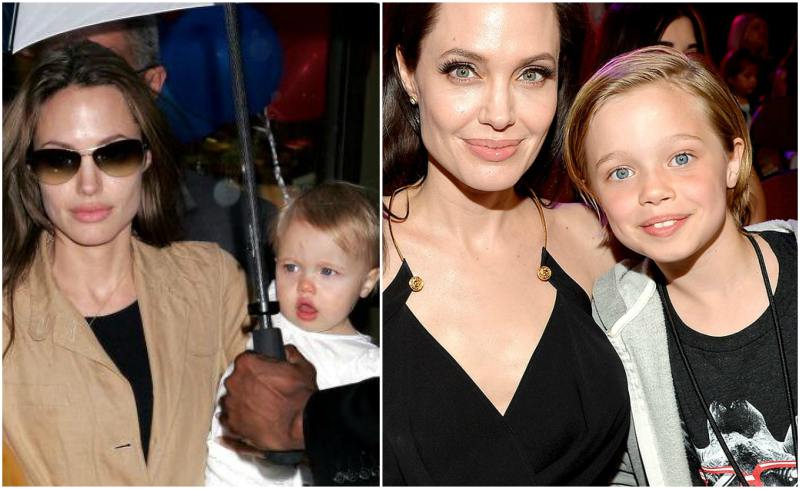 Jolie in January 2006 publicly stated that she was carrying Pitt’s baby. You can imagine the buzz that quickly developed all over the internet! Brangelina’s child was born in Namibia. Shiloh’s first pictures were sold exclusively and the huge proceeds donated to charity.

Shiloh’s birth was definitely the talk of every media outlet and New York’s Madame Tussauds created a wax figure of her at two months, this was the first time the museum would be recreating a baby in wax. The tom-boy Shiloh has a Vanity Fair opened for her by Jolie. Nouvel shares a striking resemblance with her celebrity mom! 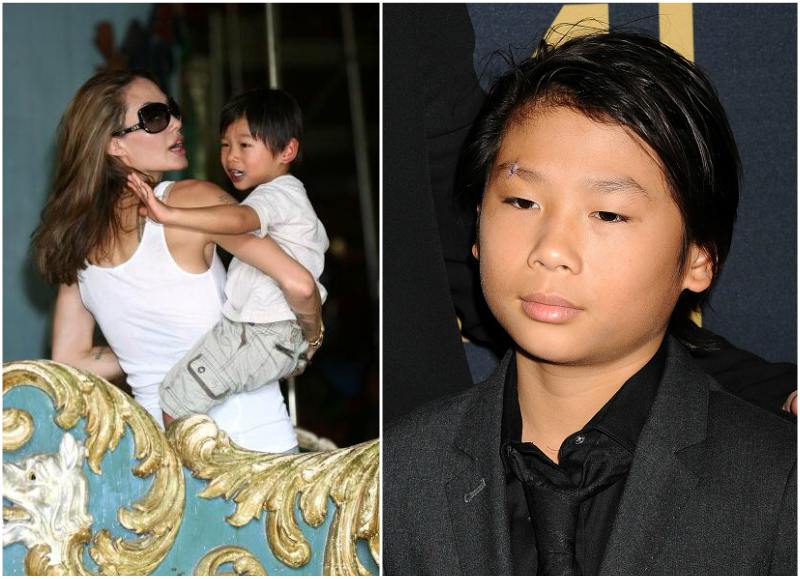 On March 15, 2007, Jolie adopted her fourth child from an orphanage in Vietnam. He was three years old when he left the orphanage for a “real home”. Pax Thien is reportedly be a lover of music and wants to be a DJ. 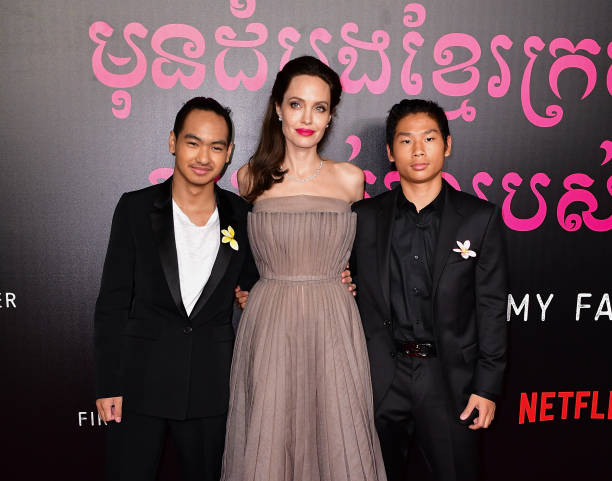 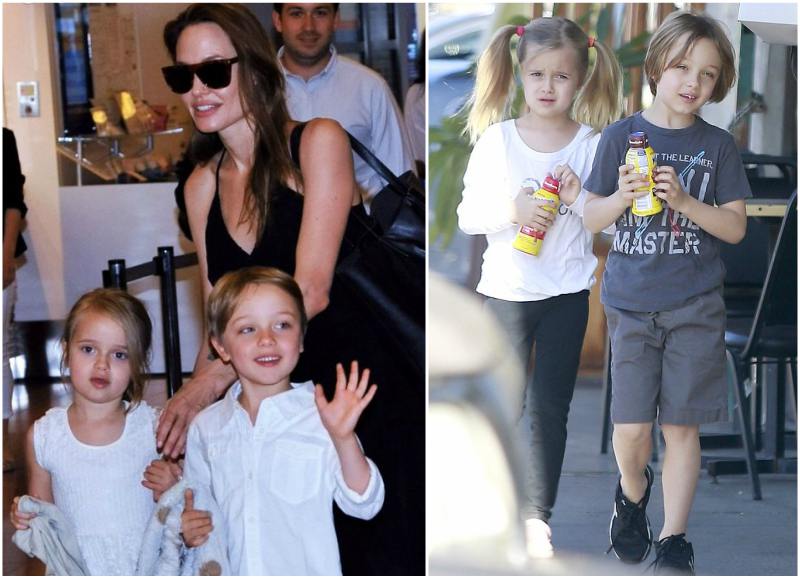 Jolie confirmed in May 2008 that she was pregnant with twin babies. The fraternal twins were born in Nice, France with their first pictures also sold and the proceeds put in the Jolie-Pitt Foundation. 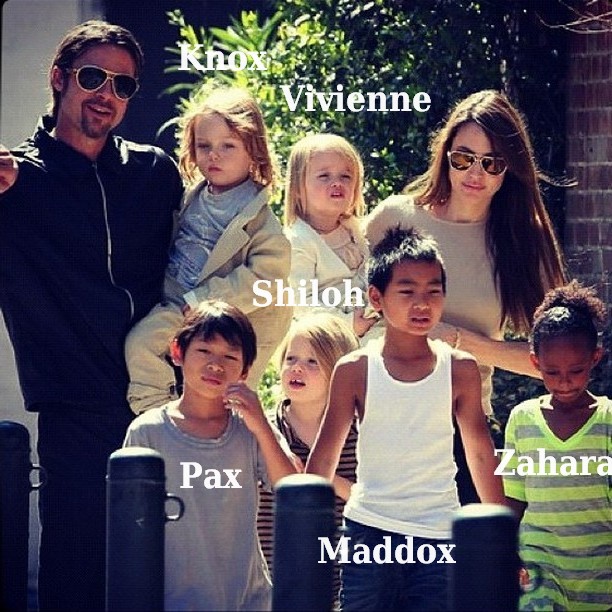