Family of Barry Gibb, the only surviving member of the Bee Gees 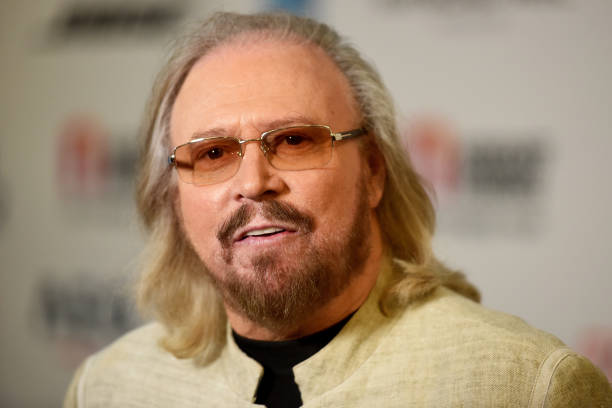 Family of Barry Gibb, the only surviving member of the Bee Gees

Barry Alan Gibb was known famously as a central member of the phenomenal family band Bee Gees. He is one of the most successful songwriters in the British music history with his signature falsetto. If there is one word that can adequately define his decades–long career, it would be “versatile” as he was known for the ease at which he adapted his style and music so he remained ever relevant in the always-changing industry.

Barry and his two immediate younger brothers grew up committing petty crimes such as arson and they ended up falling in love with music together. Their family was always moving and finally they found themselves in Australia where they started their professional career. With record sales estimate exceeding hundreds of millions, the pop band became one of the most successful pop groups of all time and each of the band members did well as solo artists.

The One Night Only crooner today says he does not do anything that could risk his life like driving fast or going on a rollercoaster because he has been through so much and is now living within a safety zone. It’s indeed devastating to be without the rest of his brothers but he is grateful for life and the amazing people he has around him. Barry didn’t succeed with his first marriage but he has been with one woman for decades now and can boast of a stable family with children and grandchildren. Read on as we take you through the lives of the Gibbs family members. 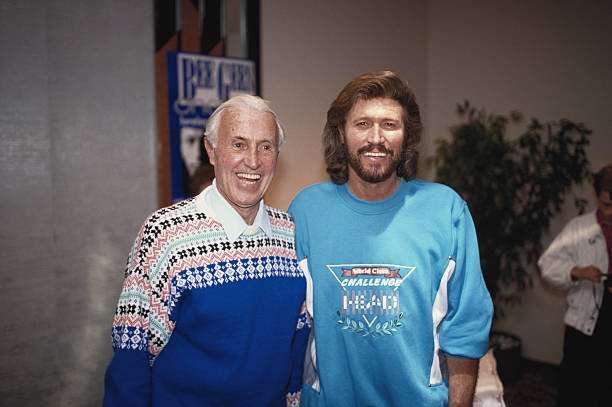 Hugh can be said to be the reason why most of his children have an artistic side as he is a drummer and bandleader himself. He never really recovered from Andy’s death and alcohol became his solace. After years of heavy drinking, he died in 1992 the day after his Andrew would have clocked 34. 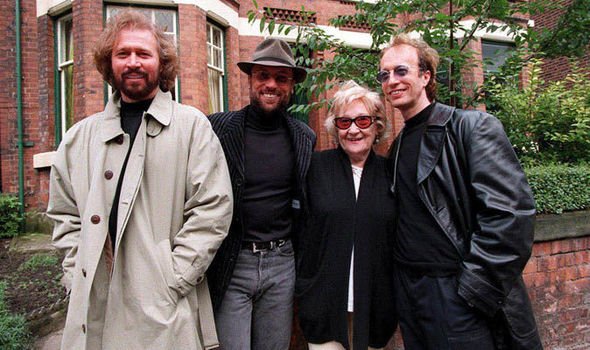 She unarguably birthed one of the most respected pop bands of her era but her life in a nutshell was marred with several tragedies – she witnessed the death of most of her children! Barbara met Hugh one night when she went to see the Hughie Gibb Orchestra. The drummer took one look at her, escorted her home and the rest they say is history; they were married by May 27, 1944. Before she met Gibb, Barbara was a dance band vocalist but it all ended after they wedded as her husband said one musician was enough for the family. Today we see that High had no idea the kind of children he would father. 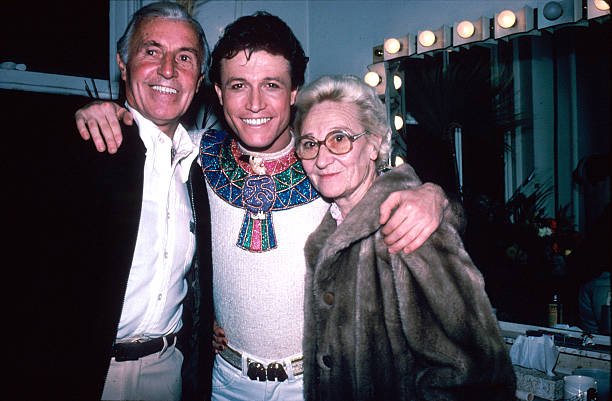 Andy Gibb with mother and father

She and her husband initially managed their sons’ career while it was still growing but had to hand over to a professional as the Bee Gees started topping Australian charts. Since then, Barbara remained ever supportive of all her kids and passed on of natural causes at an old age in 2016. She was indeed a ‘rock’ as many referred to her as because of how strong she remained despite her tumultuous life. 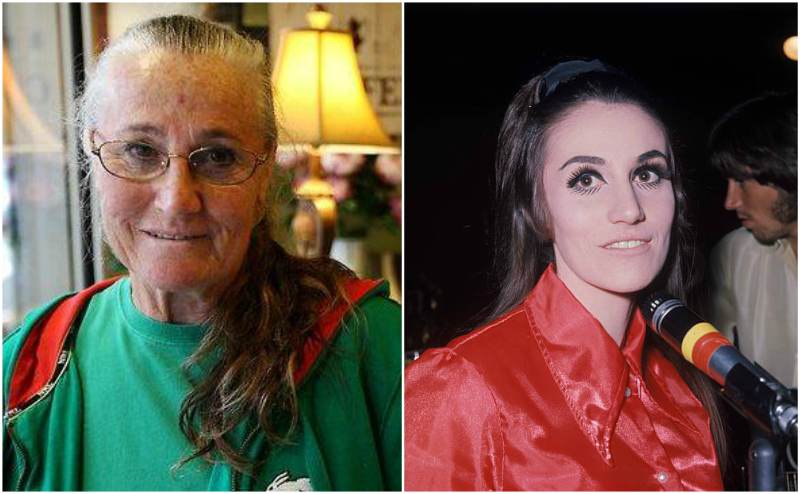 Lesley was never outrightly a member of the pop group but she performed with her brothers once in 1969. She married Keith Evans, an Australian salesman and is now a mother to seven. We guess she wasn’t made for the spotlight like the other Gibbs. According to her, it was brilliant growing up in a household filled with music and love and she could pass for the secret fourth member of the Bee Gees. 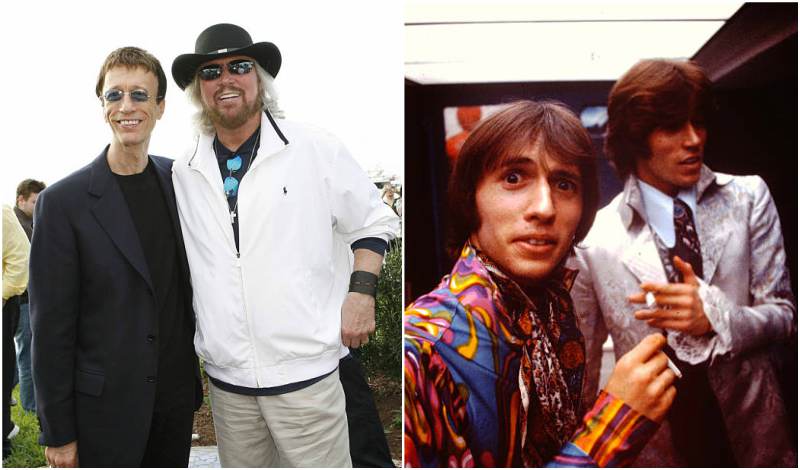 He was successful in his solo career but was mostly famous for being a lead vocalist for the pop trio. Molly Hullis was his first wife with whom he had two children, Spencer (born 1972) and Mellissa (born 1974) before their 1980 divorce. Robin was a vibrato vocalist and instrumentalist and his last stage performance was at a February 2012 charity concert for women in London. He died at 62 from colorectal cancer complications and is survived by his second wife, Dwina Murphy and three children including Robin-John (born 1983), his son with Murphy. 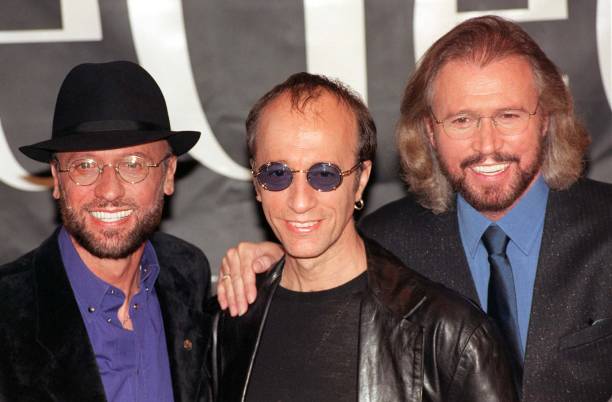 Maurice is 35 minutes younger than his fraternal twin Robin and was last member of the Bee Gees until he died. Maurice though with a lower profile than his brothers was loved for his sense of humour and equally fine musical talent. He married fellow pop star Lulu in 1969 but their union did not last for so long as he was still big on the partying lifestyle. He always had problems with alcohol and the death of his younger brother in 1988 only made it worse. It took some time to tame his demons but they eventually contributed to his own death. He passed away of complications from a twisted intestine survived by his second wife Yvonne Spenceley and two children, Adam and Samantha. 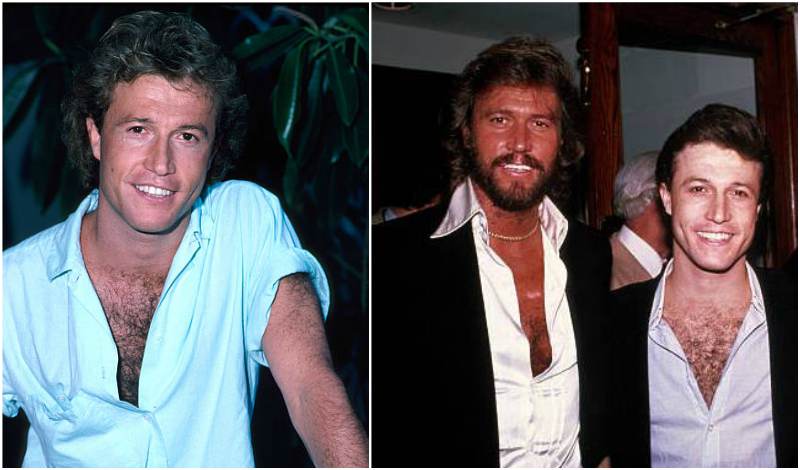 Andrew was the youngest and another good looking Gibbs. It was suspected that he would be the fourth addition to the Bee Gees band but he always wanted to be his own personality. He grew up to be a cocky youngster thanks to the public status of his elder brothers. By the age of 20, it was virtually impossible to break away from the Bee Gees shadows as they were writing his songs and serving as the back-up vocals.

The ‘baby Bee Gee’ staged an unprecedented display of youthful pop mastery a few months after his 1977 debut but we never saw the best of his abilities thanks to the prodigious cocaine habit that derailed his life and career. Andy added alcohol abuse to his already terrible addictions until it cost him his life at a very premature age.

He died of heart failure and according to Barbara his death had nothing to do with drugs but the damage was been done already. He had promised to turn a new leaf on his 30th birthday but his failing body eventually succumbed to the endless years of toxic loading. It’s unfortunate that such a golden child was lost but his music still lives on in the heart of fans.

Maureen and Gibb met in August 1965, dated for a year and proceeded to tie the knot. Their union wasn’t long lasting though as things ended within four years and they had no child together. 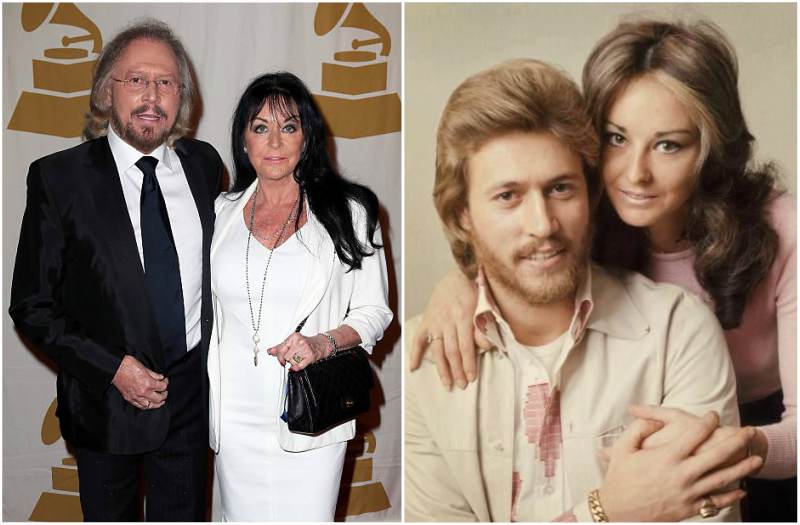 Duration of Marriage: September 1, 1970 till present

Linda is a former Miss Edinburgh and in recent years has been a huge pillar of support to the legendary artist. The tragic loss of his younger siblings all before their retirement age left him miserable and he spent most of his days moping around the house until his wife told him to get off his backside and hit the road again. 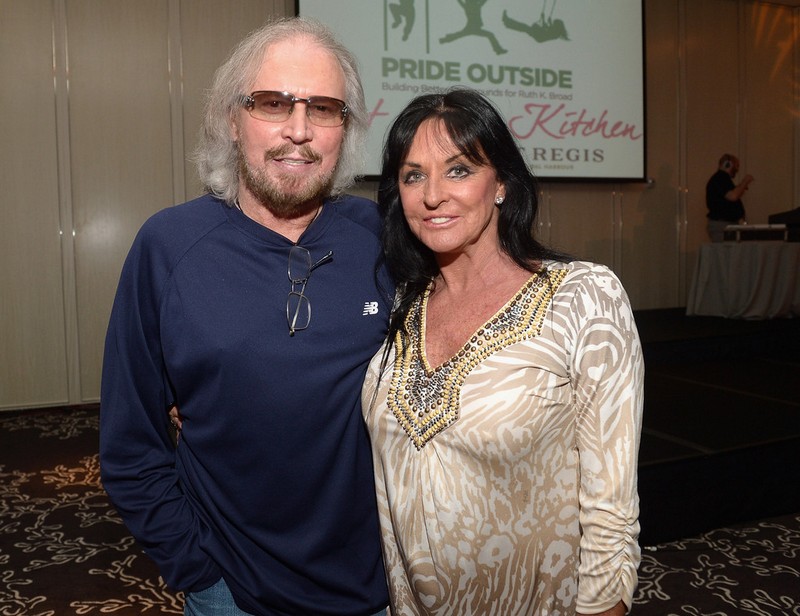 The Stayin’ Alive hit maker met 17-year old Gray when the Bee Gees were on Top of the Pops in 1967. He was still married then but just a few months after his divorce, he tied the knot with Linda and they have remained in love since then. They were wonderful parents to their kids and are now grandparents who remain ever grateful that their paths crossed in life. 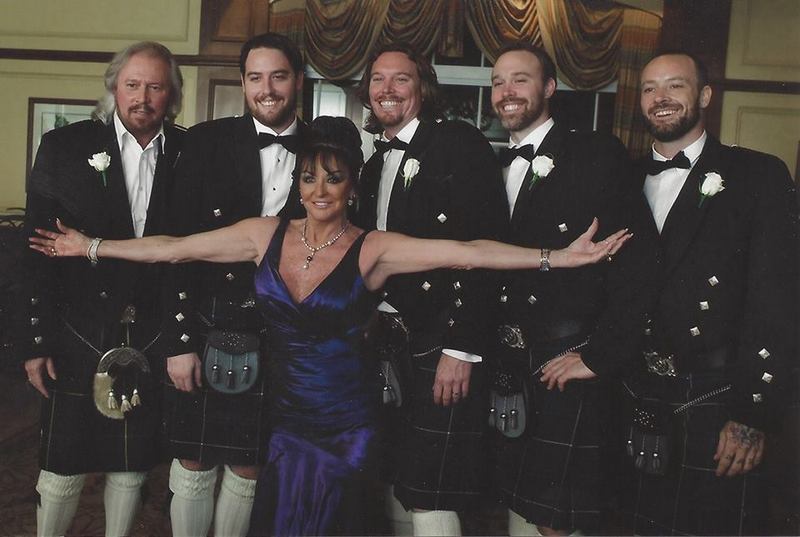 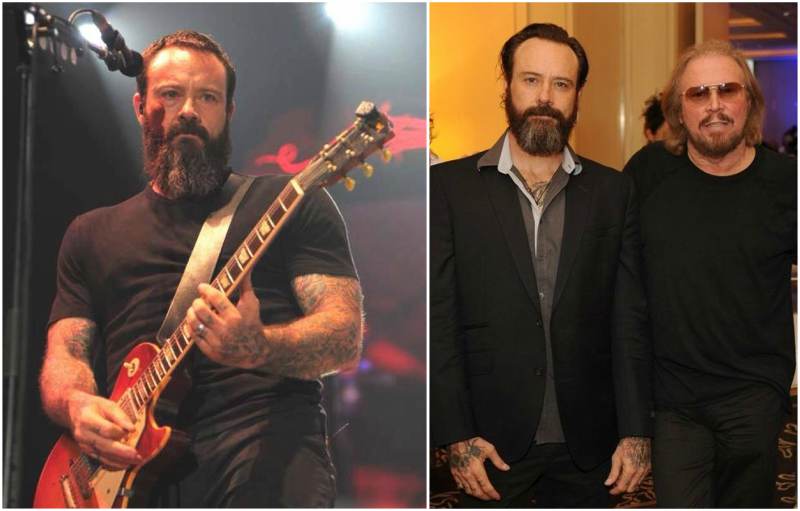 Guitarist Steve has helped his father through the pain of performing without his brothers by joining him on stage accompanied by Maurice’s daughter also who sings with him. Stephen has been married to Gloria Levas since November 2002 and they live in Florida with their two children; Nina Lyn (born December 27, 2002) and Agnus Miles (born February 6, 2006). 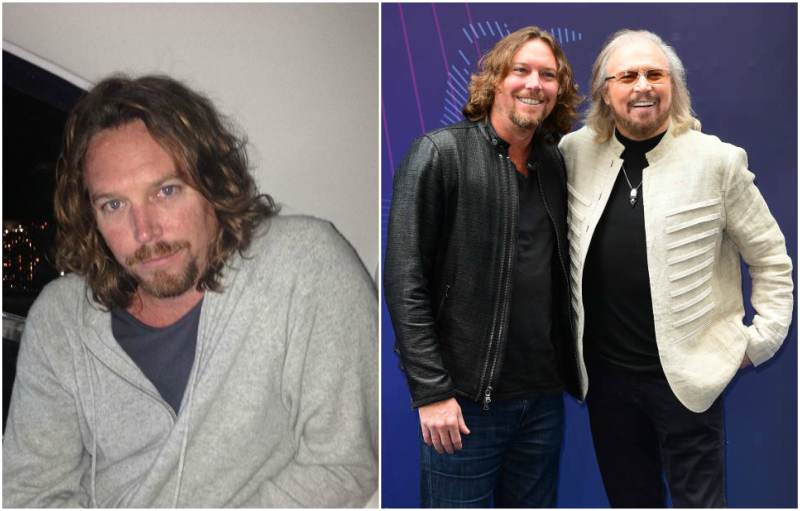 Ashley is the second son to the famous Barry Gibb. 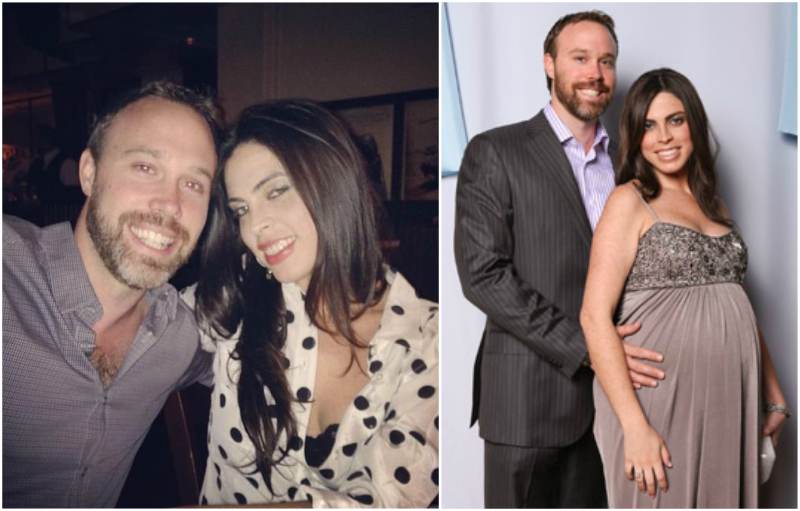 Growing up with a father like Barry, it was only natural for Travis to want to be in the music business himself. He is today a singer, songwriter and realtor. 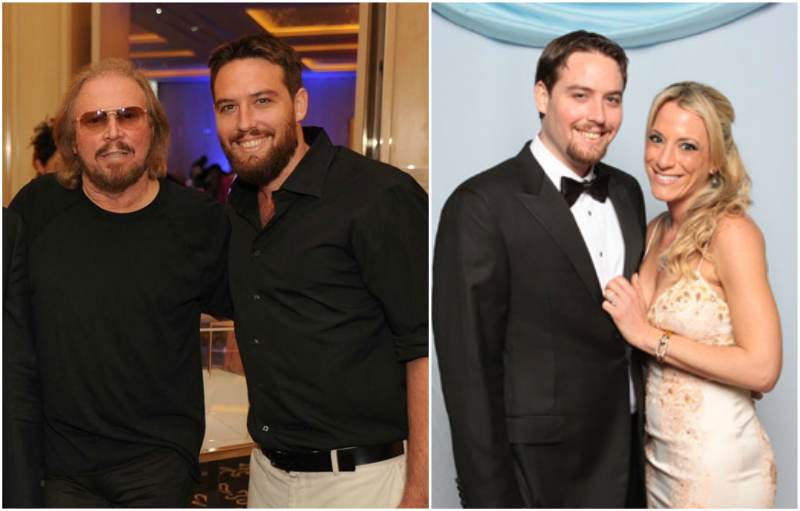 He was named after the late Michael Jackson who was his godfather and long time family friend of his father. Michael is an actor and resided in Miami Florida with his wife and children. 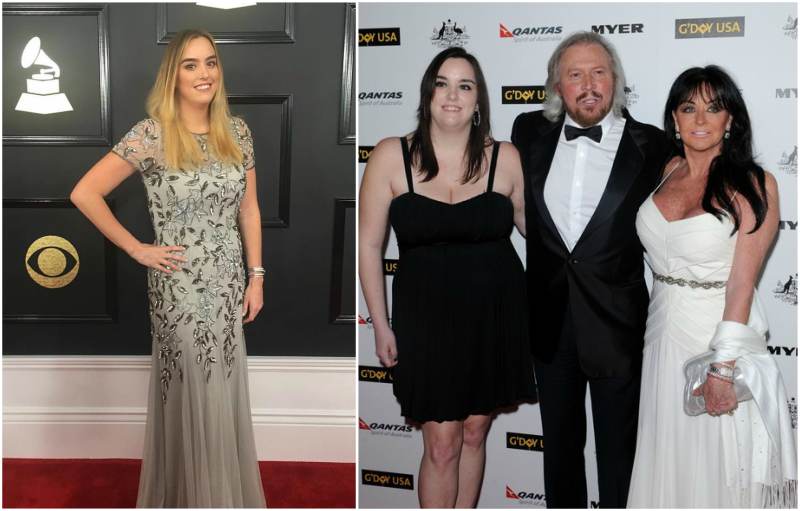 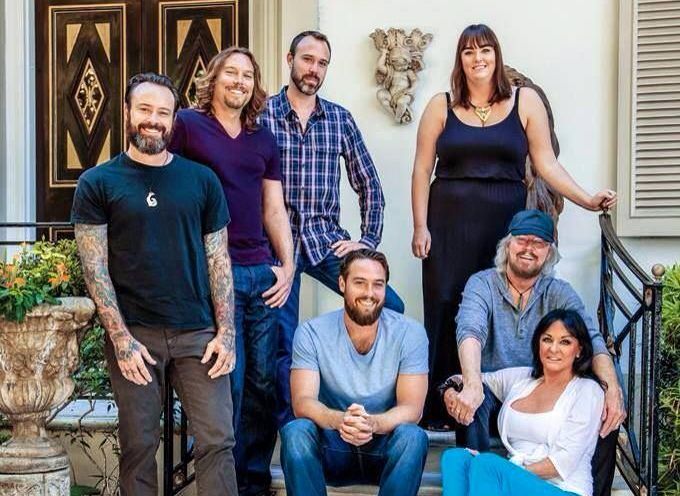