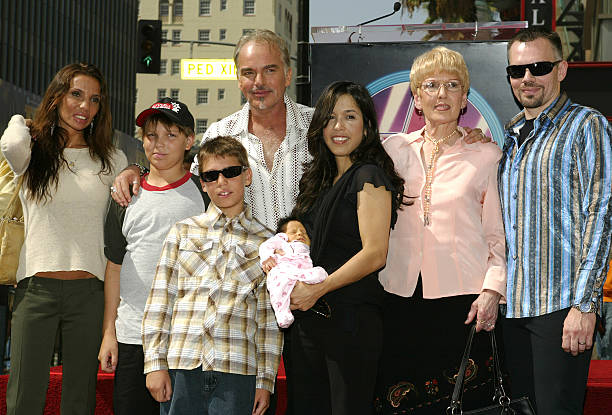 Thornton is one of the most accomplished actors, and filmmakers in the industry today. Since an early age he has been passionate about acting but his oath into limelight was not a smooth one. He first got into the performing arts business as a musician. Thornton used to play drums and sing in a band called Tres Hombres until he moved to Los Angeles with a friend in search of greener pastures in acting. The then novice artist worked odd jobs and before he started with supporting roles and later switching to being a screenwriter.

His career shot upwards after winning his first Academy Award for Sling Blade (1996) and his professional success inspired him to transform his hobby as a singer into a side career. The charismatic and uniquely talented Billy is also known for his many relationships and marriages. Read on as we explore the self-made career of this influential Hollywood male and his interesting love life.

You may also like: Billy Bob Thornton’s body measurements

Who are Billy Bob Thornton’s parents? 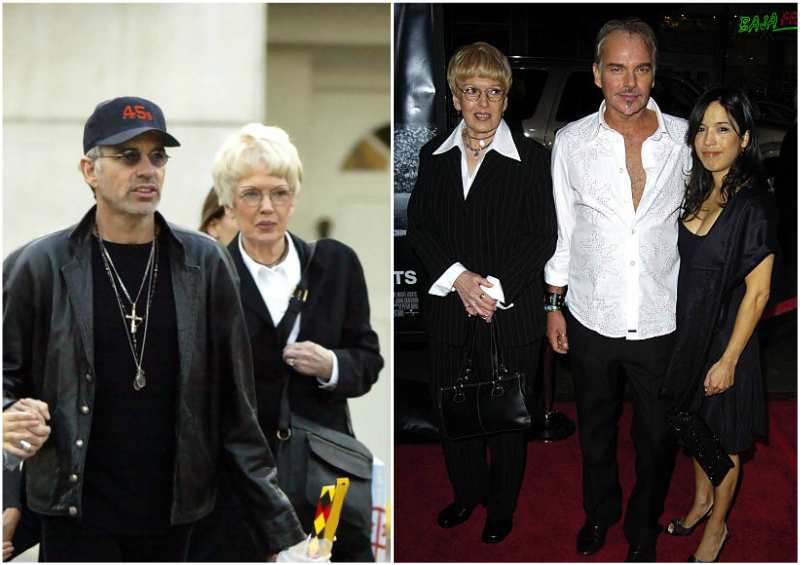 The Thornton mother is psychic and an insider claims that Bob is very dependent on her in his decision making. He might come across as a tough guy but Virginia is in the now about every aspect of his life including his relationships, kids, career and even something as little as when he’s about to go on a flight. Through the years, Billy has become reliant on his mother’s psychic abilities and refuses to do anything she feels would be unsuccessful. He’s indeed just a huge mama’s boy.

The late William Thornton was an educator, high school history teacher and also a basketball coach on the side. He died at a young age after a strenuous battle with lung cancer.

Who are Billy Bob Thornton’s siblings?

The eccentric Billy has taken the death of his brother as his own doing. He explains that he had just gotten his first regular job and was excited until he heard that his brother had died from a heart condition no one knew he had. Till date, the Edge of the World singer fears that his happiness caused his brother’s death and according to him, the days before Jimmy’s death were the last time he was wholly happy. Jimmy was an accomplished guitarist, a banjo player and a songwriter. He never got around to recording an album by himself but two of his composed tunes were included in Billy’s second album. 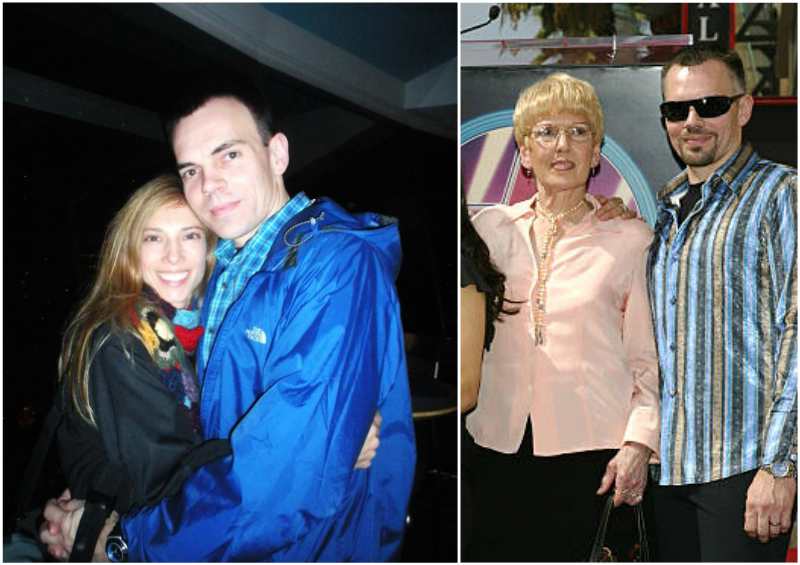 John is also in the entertainment industry like his elder brother.


Who is Billy Bob Thornton’s wife? 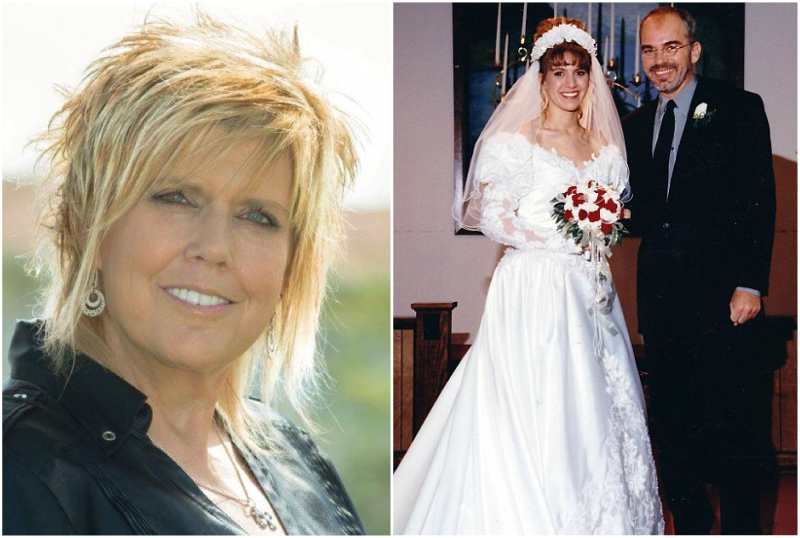 She is the first wife to the A Simple Plan (1998) actor and was also the mother to his first child. Their marriage lasted just about two years and since their divorce, both ex-lovers have not been in touch. She wrote a book The Weight-Loss Surgery Connection where she told about laparoscopic Roux-en-Y gastric bypass that she and her husband Dan did in 2003.

Thornton took a break after his first divorce and was married again in 1986. This time, he tied the knot with fellow actress Lawrence and they lasted for another two years but had no child while they were together. 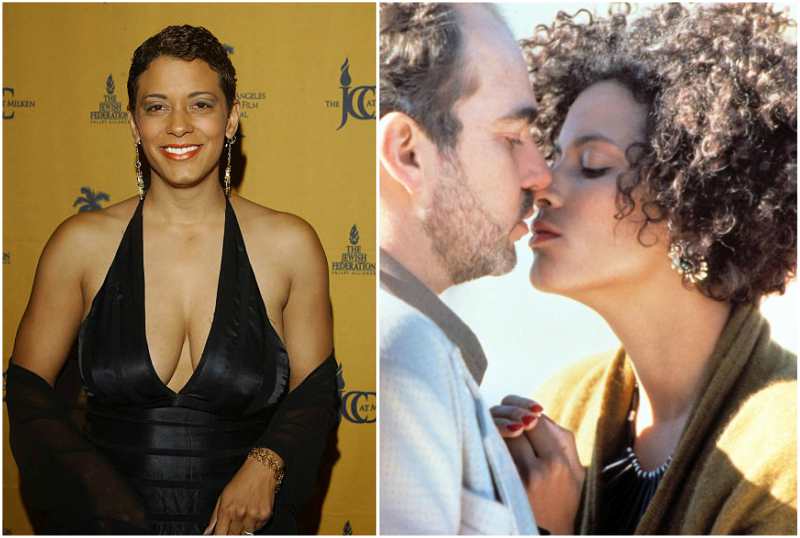 She is the actress who became the third wife to the Sling Blade (1996) genius. Williams played Thornton’s love interest in his movie One False Move (1992) and shortly after the movie, they went their separate ways. The Mo’ Better Blues (1990) actress has been married to former college football star Roderick Plummer since 2001 and they have one child together. 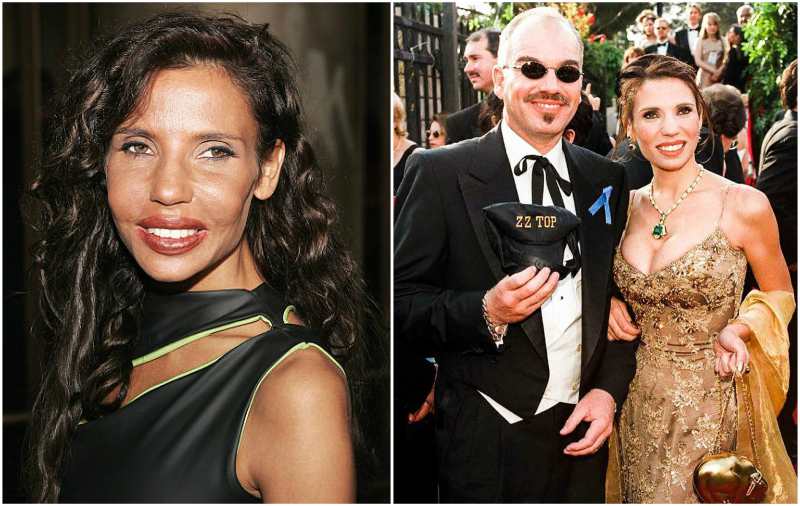 She is a former playboy mate and Russian actress. Their marriage ended after Pietra accuses the fames lothario of spousal abuse. 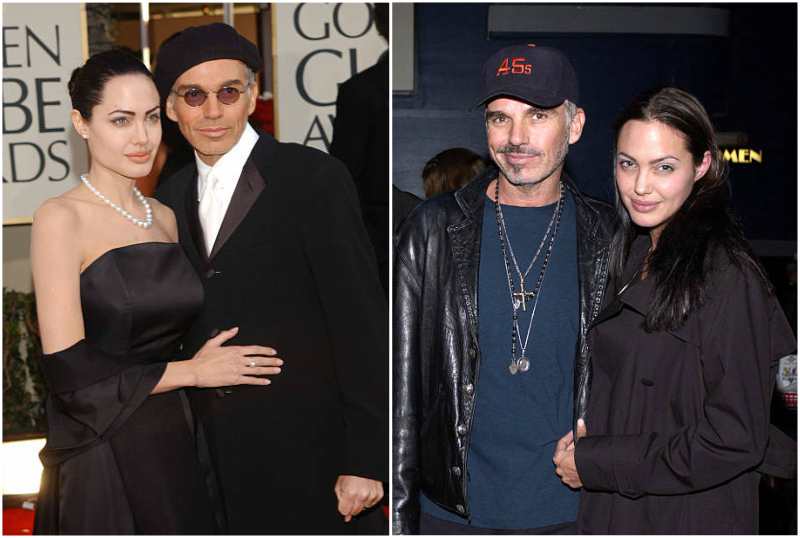 Just before the famous Brad Pitt, there was Bob Thornton. He married the highly influential Jolie in 2000 after meeting on the set of Pushing Tin (1999) and courting for two months. They had a highly publicized romance and their weird love antics really got people talking. He was 20 years older than the star actress but they didn’t seem to mind and even had blood vials around their necks on their wedding day. After it was all over, Billy revealed that he blew the marriage because he felt the world’s beautiful Angelina was too good for him. Even though they have been divorced for over a decade, both ex-lovers still remain on good terms. 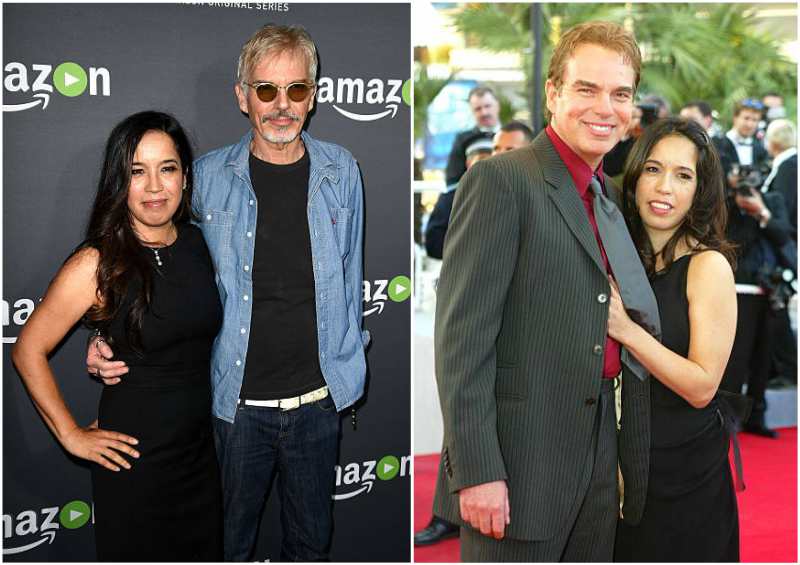 After dating for 12 years, Connie and Billy eventually tied the knot at a private ceremony in October 2014. Both lovers had met in 2003 on the set of Bad Santa (2003) and things evolved from there. Connie who is 10-years younger than the Fargo (2014 – present) actor is also in the entertainment industry but works as a puppeteer and a costume artist. She had her first child with Thornton while they were still dating and they did not get married till their daughter was 10. Asides being known as the most recent wife of the renowned Thornton; Constance (her birth name) is recognized for her works on Men In Black I (1997) and Men In Black II (2002).

Who are Billy Bob Thornton’s children? 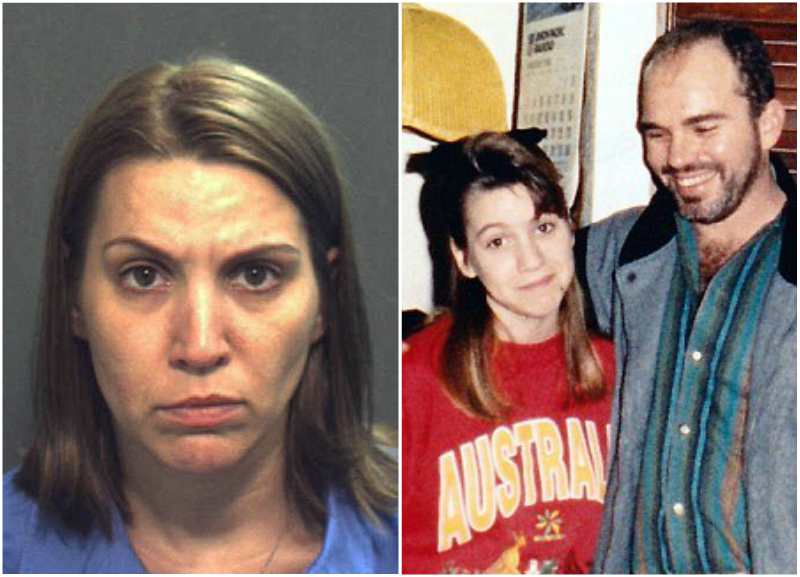 Amanda is the oldest child to the famed actor and has been mentioned severally in the media for a criminal case. The eldest Thornton was sentenced to 20 years jail term for the 2008 date of her 1-year-old goddaughter, Olivia Madison Garcia who died during an overnight stay with Amanda in her home. Thornton frequently babysat Olivia but that night the toddler had sustained severe head injuries that eventually led to her death for which Brumfield was convicted. Billy has reportedly been estranged from his first child since splitting with her mum, Melissa. 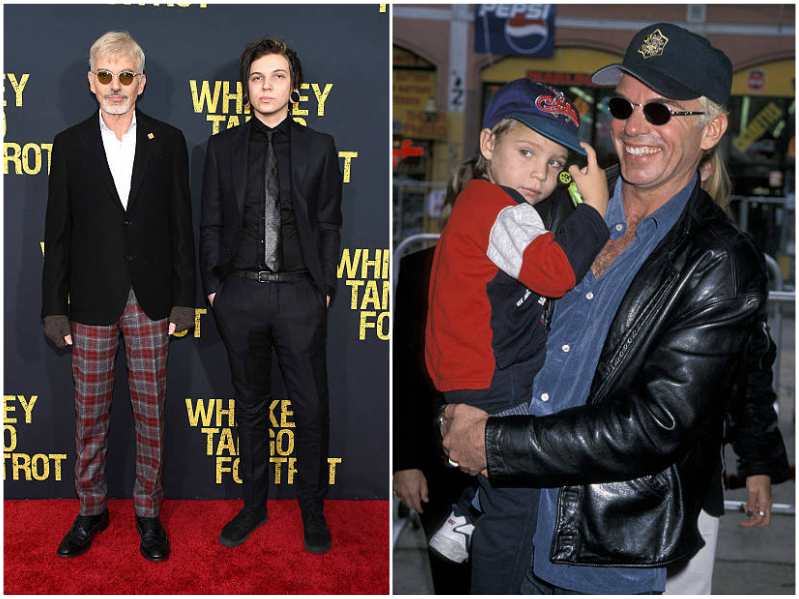 William was born a few months after Billy’s marriage to the Russian model. 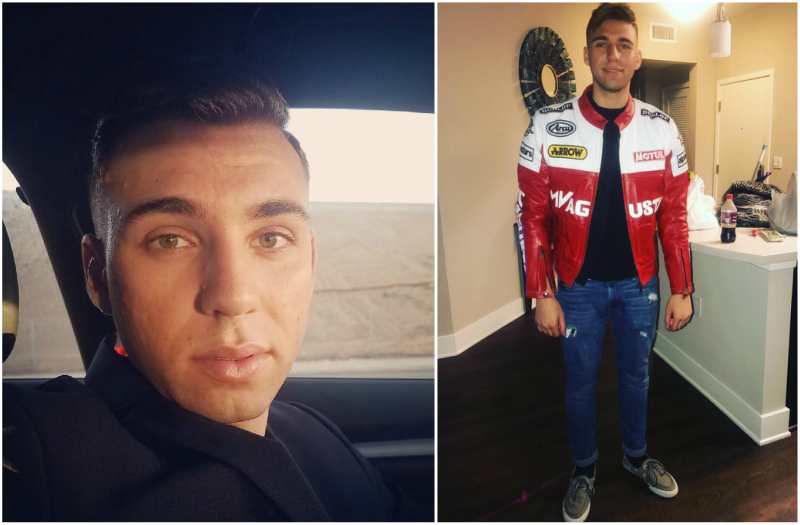 He is the second son of the famous Thornton. He has a daughter Mia that makes Billy Bob a grandfather. 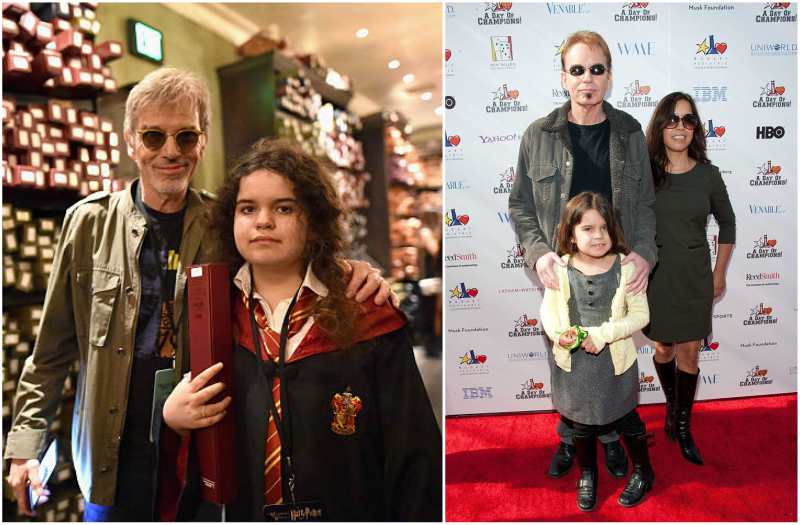 The famed Armageddon (1998) star became a father for the third time when his then girlfriend had Bella for him.

Meet the family of super secretive Jazz Star Norah Jones
Nick Nolte, The Prince of Tides star and his family