Brooke Lisa Burke is a television host, fitness model and entrepreneur. She is gifted with exotic looks thanks to her French-Irish-Portuguese heritage and she chose the right kinds of career that does justice to display her strikingly gorgeous figure. It would interest you to know that her path as a model was not exactly her initial dream as she first wanted to be a drummer but her looks dragged her into the adventurous world of entertainment.

She was put into limelight right from the tender age of 14 when she won a beauty pageant. After becoming a beauty queen doors started opening for Brooke thanks to her spectacular features. One of such led to her path in modelling as she had accompanied a friend to a modelling agency for moral support. The talent agent fell in love with her figure and she was scouted immediately.

Burke has not left any stone unturned in displaying her multitalented persona. From dancing to modelling, acting to hosting, television to Hollywood, writing to entrepreneurship; Burke is indeed a jack of all trades. Family has not been left behind in all her ambitions as in fact, the ‘Dancing with the Stars’ alumna is a wife and mother. Read on to know all about her life off the public eye. 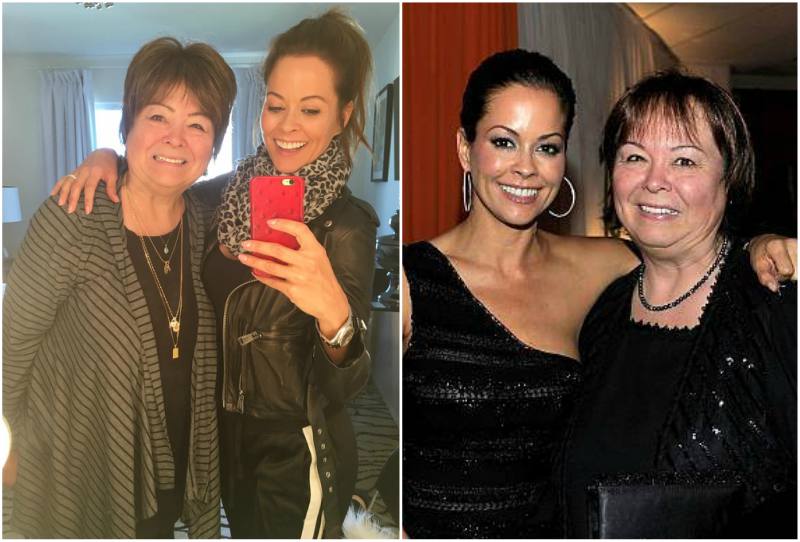 Her parents divorced when she was two and Donna moved to Tuscon, Arizona with the kids. She later met and married Armen Hartounian who looked after the kids while she took three jobs to finance the household. Donna also was a software-company saleswoman in Tucson.

In 1973, George left his wife and daughter and never turned back. The only father Brooke had in her life was her American step-father who raised her. George was an aluminum-siding salesman. 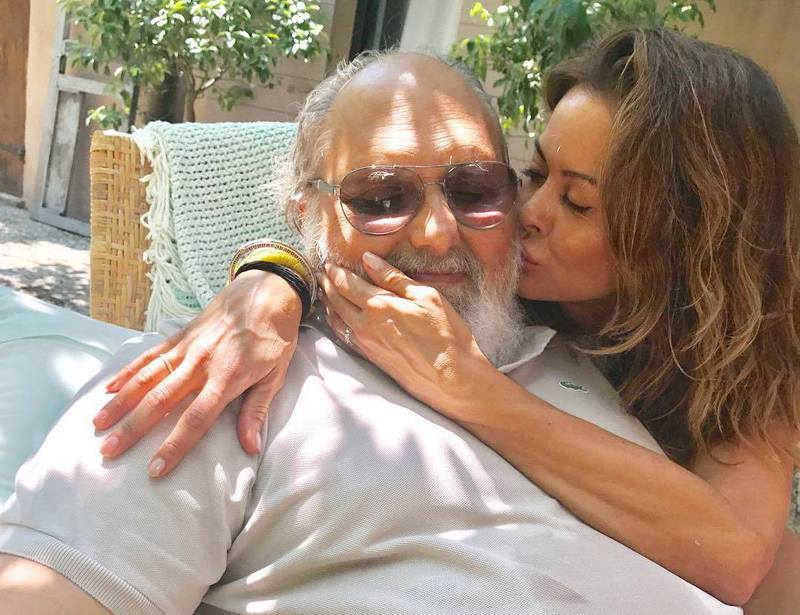 Armen was a mechanic and Brooke considers him as her father all the way across the board. 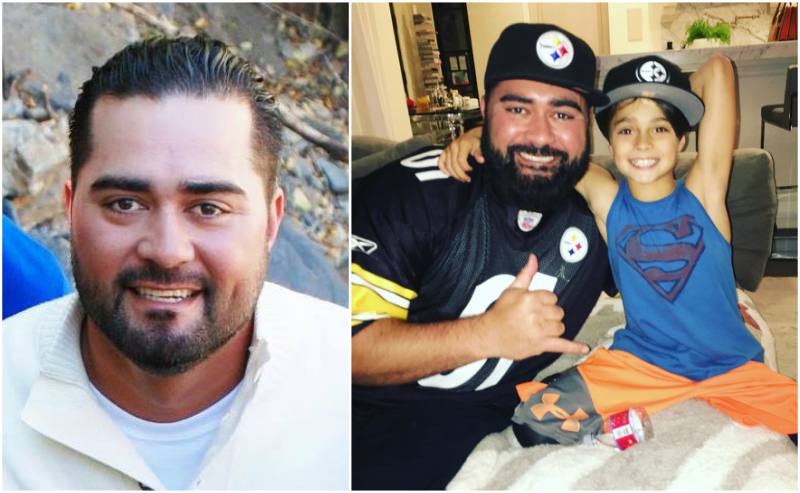 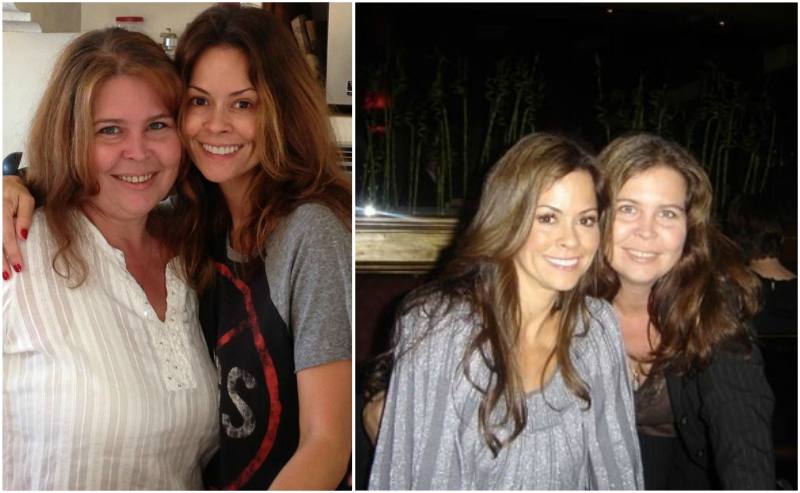 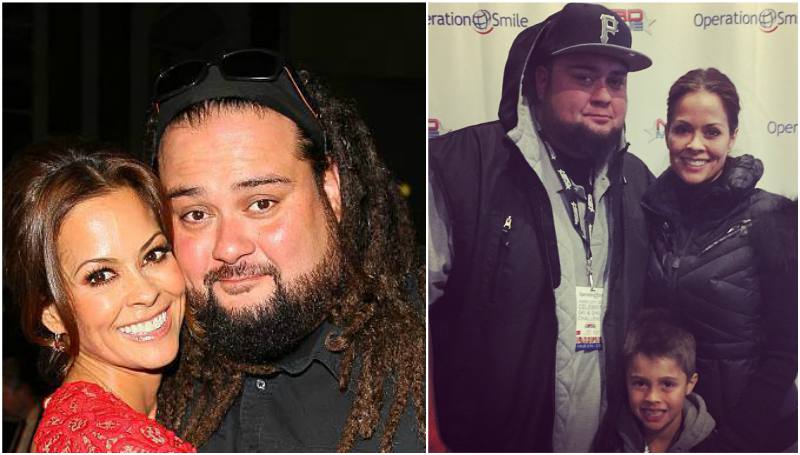 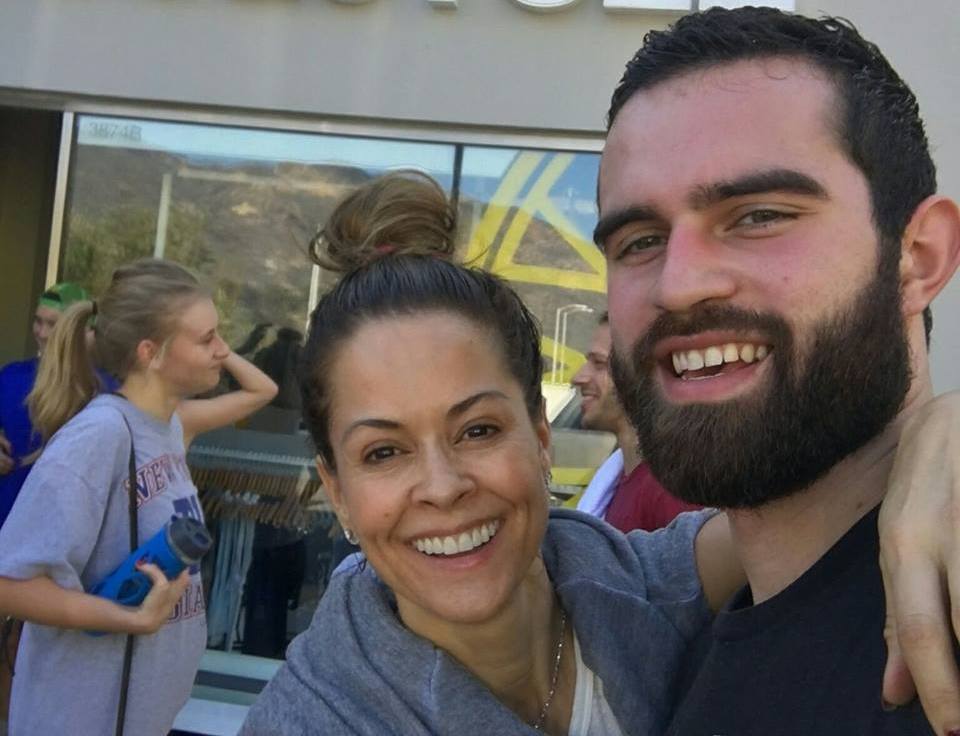 Brooke is the oldest of seven children and they all grew up together in Arizona. We assume that she has 5 brothers and 1 sister. They are definitely living off the radar of the public eye. 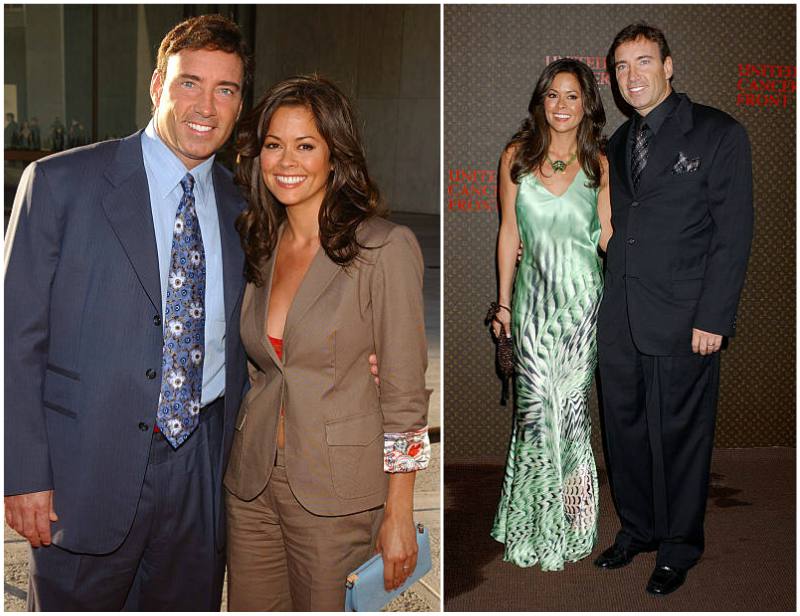 Fisher is a Beverly-Hill based world renowned plastic surgeon and he was married to the spotless beauty for about four years. They had two kids together before their relationship turned sour and ended in a divorce. Their split according to Burke is her biggest life regret. She might have been lucky at finding love again but for kids, a divorce is forever. She hates the fact that her first two daughters would grow up knowing that that sometimes family fall apart but she is happy that they are now a blended family with David.

Garth’s clientele includes entertainers, celebrities and other business executives. After Burke, he got married to Jessica Canseco but their marriage lasted only from 2007 to 2011. The wealthy medic is known for being the first doctor selected for the Extreme Makeover TV show. 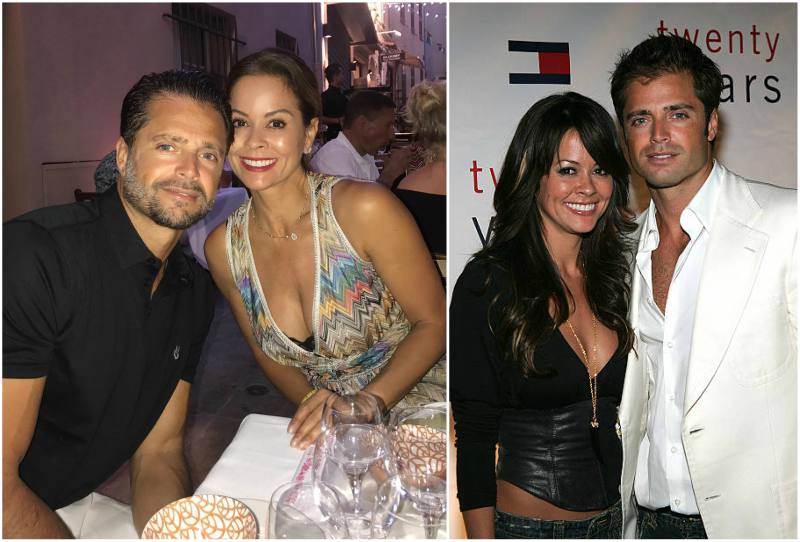 Burke started dating singer and former Baywatch star, David Charvet shortly after her first divorce. Their relationship started off as rumours until it was finally confirmed that they were together when they started co-habiting. They had two kids while they were dating then went on to finally make it legal in August 2011. Their five-year delay was according to Burke because of her fear. She had shaky feet after her first divorce and did not want a repeat of such. 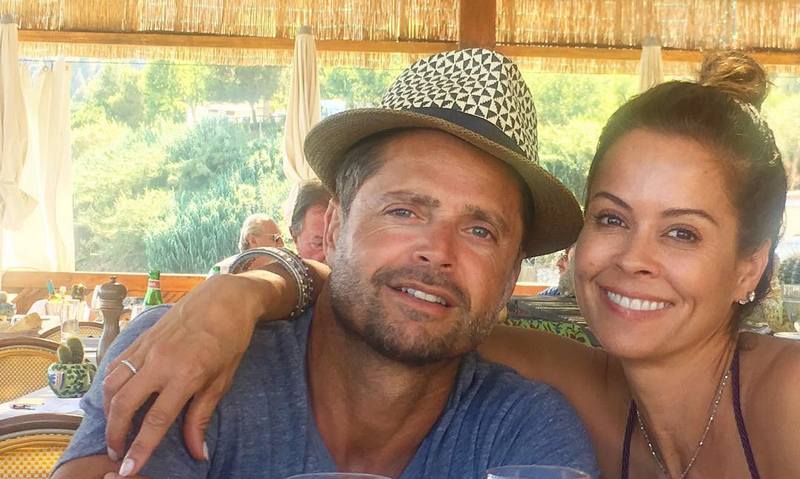 The handsome David has been very loving and is supportive of their family of blended kids. He relates with all the children like they are his and enjoys an incredible chemistry with his ‘unaging’ wife. The sexy presenter and her hunky husband are one to always give the public a good show of their steamy romance. Charvet is himself a French model, TV personality, musician and actor who is successful in his own right.

In April 2018 Brooke announced about the split with David, but still they are in good relations. 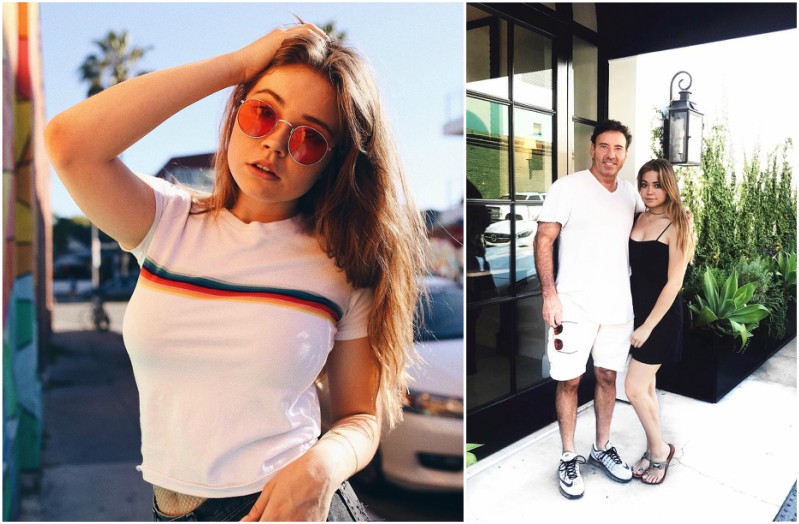 The fitness model named her first child after her former Playboy Playmate lover, Neriah Davis. Neriah is a YouTube vlogger with videos ranging from fashion hauls to makeup tutorials and song covers. 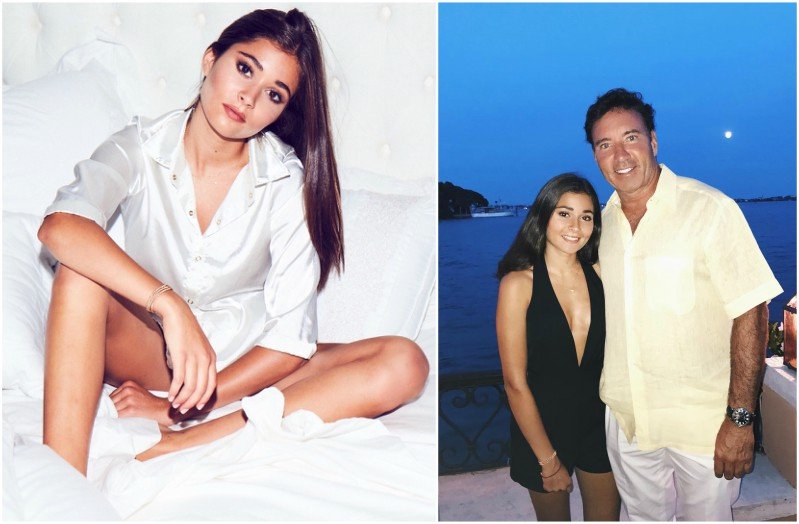 Sierra is the second child Brooke had with her first husband. The divorce happened when Sky was only three. Sierra is now following in her mum’s footsteps as a dancer. 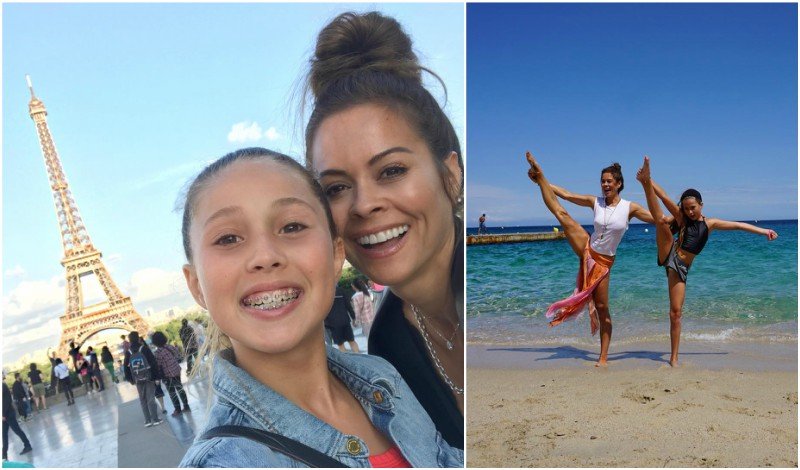 Among all the four Burke kids, Rain is the one who looks like her the most. Heaven not only looks like her mother but she is practically the same with Broke when it comes to cuisine. The celebrity mother is a fitness model so eating healthy would be her priority. She is excited that amidst her children, Heaven seems to get her and is into organic and other healthy foods. 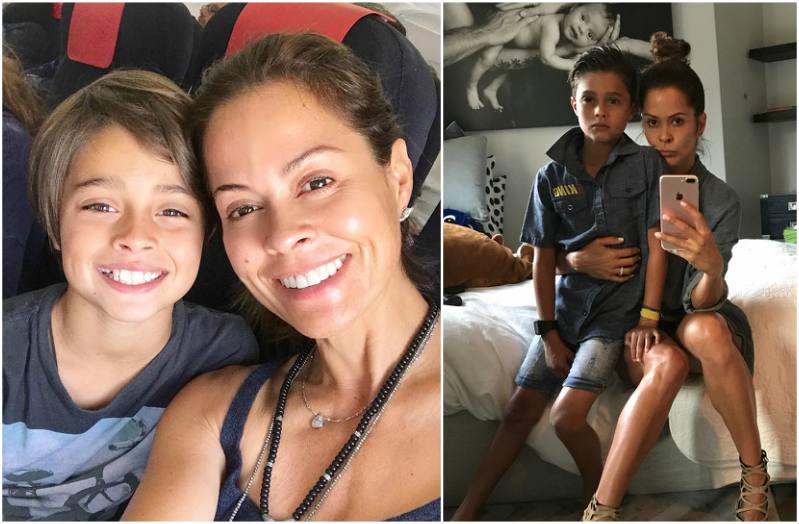 After three girls with two different husbands, the American socialite finally had a boy as her fourth child.