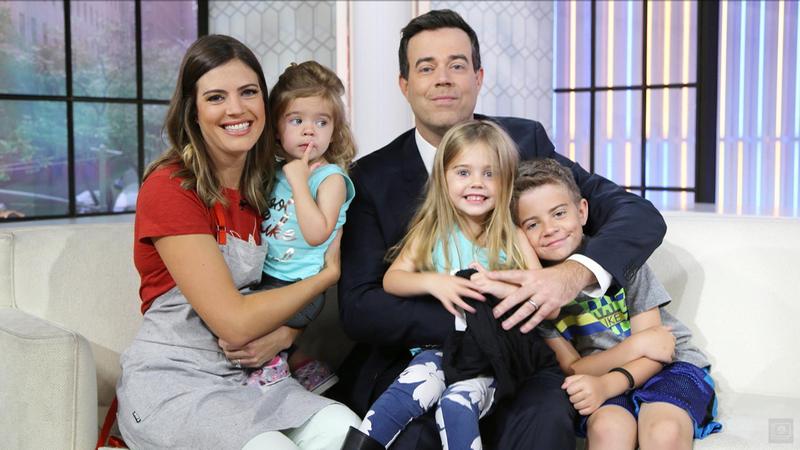 He is one of the most recognizable voices and faces in America media today. Becoming a TV icon was one of the last things on Carson’s mind; in fact, he aspired to become a priest or a professional golfer but apparently, life had other plans. He had tried severally but golf just wasn’t for him as he mentioned that he never had enough mental fortitude for the Open game. Carson met Jimmy Kimmel who worked at radio at the time and Jimmy said he could be his intern.

Working with Kimmel, the young and aspiring entertainer learned the ropes and began finding real success on the air. He worked for a few years at radio consistently then was recruited by MTV to host part of its summer programming. As expected, Daly performed spectacularly and was ultimately hired full-time. The media guru is a multiple-award winning host thanks to his time on The Voice.

The Orange Room anchor co-founded a record label called 465 Entertainment, hosts several shows and has been a strong advocate for fighting against cancer. All of these do not do justice in explaining how much of a successful man he is as he sees his family as his greatest achievement. Read on as we take you through all you need to know about the family of this handsome media man starting from his birth family, down to the most recent adorable addition to his growing family.

Daly who worked as a Corvette dealer was diagnosed with bladder cancer the same year his son was born and lived for only about five years more after the diagnosis was made. Carson never really knew his biological father but was lucky to have another man fill in the role as the father figure in his life. 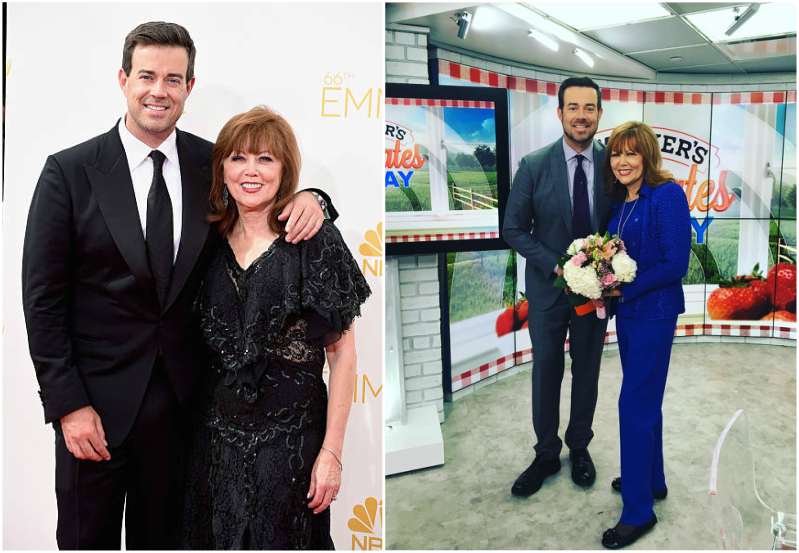 Her first husband was lost to cancer when Daly was still very young and a couple of years later Pattie remarried. Like her famous son, she spent almost three decades interviewing public figures on her local television show, Valley Views. The show also covered charities, local events and happenings throughout the Coachella Valley.

Pattie was in 1997 named the “Television Woman of the Year” and won a few more titles in the years that followed. As a breast cancer survivor, her accomplishments in the media and female world are to numerous to mention but the late Pattie would always maintain that her greatest accomplishment was raising her two wonderful kids. Carson had a loving relationship with his mum and they both appeared severally in each other’s shows.

According to the NBC’s The Voice Host, having strong parents have been one of his biggest inspirations as it is a constant reminder for him to find his own pillar of support and be the best dad ever to his growing family. Sadly, Carson lost his mom a few month back – she suffered a sudden heart attack that ended up claiming her life at aged 73. 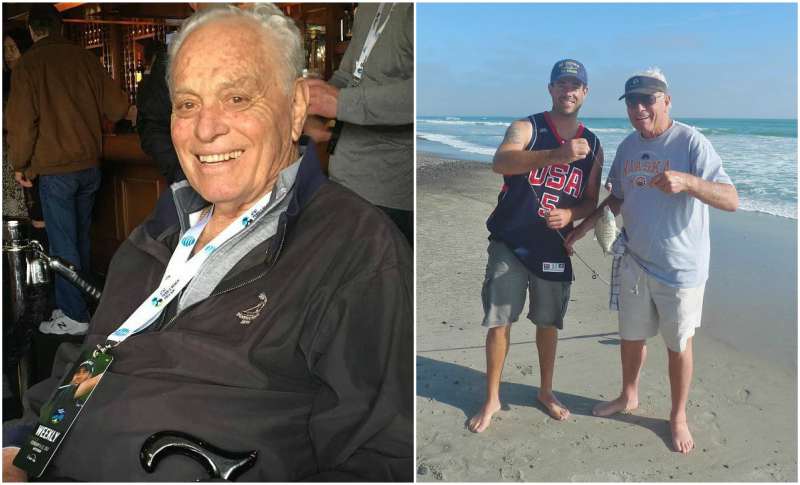 Carson grew up calling Richard Caruso his Dad as he came into his life when he was less than 10. Richard ran a golf shop at Riviera Country Club and even owned a men’s clothing shop in Santa Monica. Their relationship grew stronger over golf as both Daly and his new step-father had the same passion for the field sports and Caruso was a big supporter of the family. He had great work ethics, led them by example and was eventually able to gradually work his way into the lives of the Daly kids.

It was enough heartbreak when Pattie passed on and Carson was trying his best to be strong then another death hit him within just a few weeks apart. He had been battling bone cancer and his health was deteriorating but his wife’s death most likely took a negative toll on him. Richard died five weeks after his wife assed on and the TV star took to his twitter account to announce that his “dad” had just died with dignity and pride; he went on to call Caruso the greatest man he ever knew and his biggest hero. 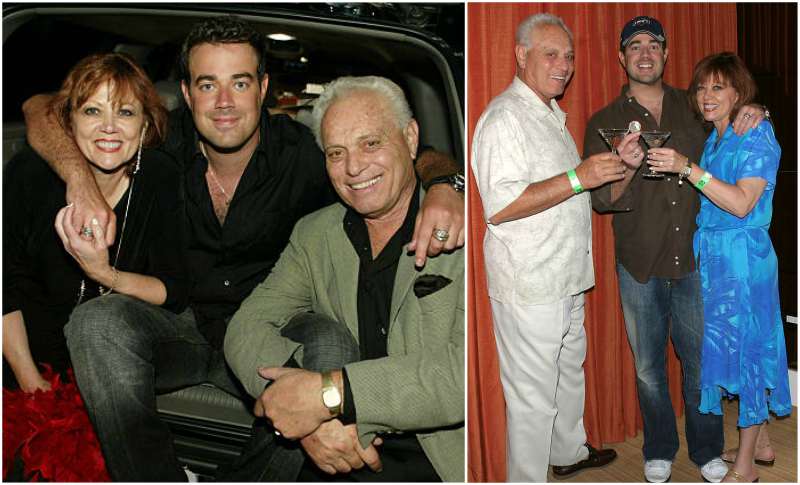 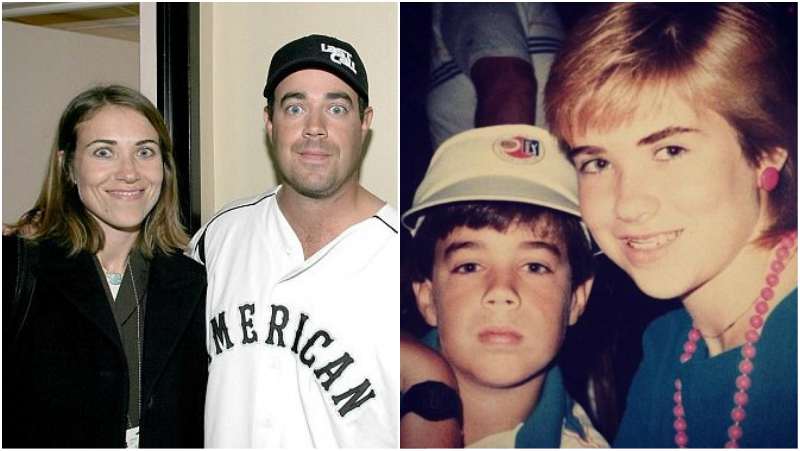 Quinn and Carson are the only children to the Daly family. They maintain a close sibling bond and Carson even stated that he lived with his sister on her floor and the first thing he did when he got his first job was buy a bed. Quinn has two daughters. 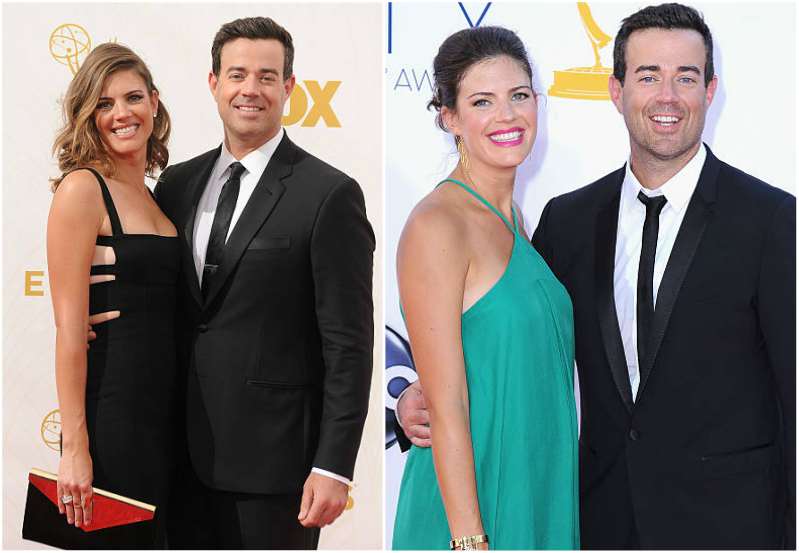 She is a film producer who cultivated her career working on the production team for a few projects including The Rebel Billionaire: Branson’s Quest for the Best. Pinter is a passionate foodie, writes for a food blog and is now a regular food contributor for the Today Show. After her first child with Daly, the Minnesota-bred self-taught cook left her career in production and turned her attention to being a full-time Mom, food blogger and contributor. The famous Daly had been in a number of relationships before Pinter but none had been as long and he had no child from none of his previous girlfriends. 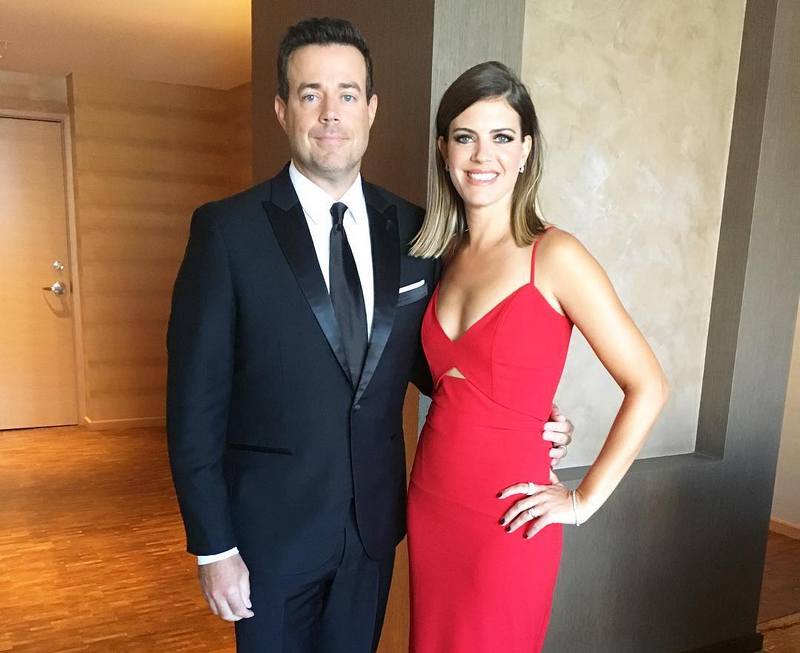 Daly’s father passed on when he was a kid, leaving his mother a widow very early and this event made him commitment-shy. The TV host was obviously in love with Siri but deep down, he worried that the same thing that happened to his father might happen to him so it took a long time to pop the question. He and Siri lived on as a couple and even became parents to three kids all the while still unmarried. The long-time lovers eventually tied the knot after a decade-long relationship. Carson explained that it was great that the kids were a bit older at the time he married their mum so they could really understand what was going on. 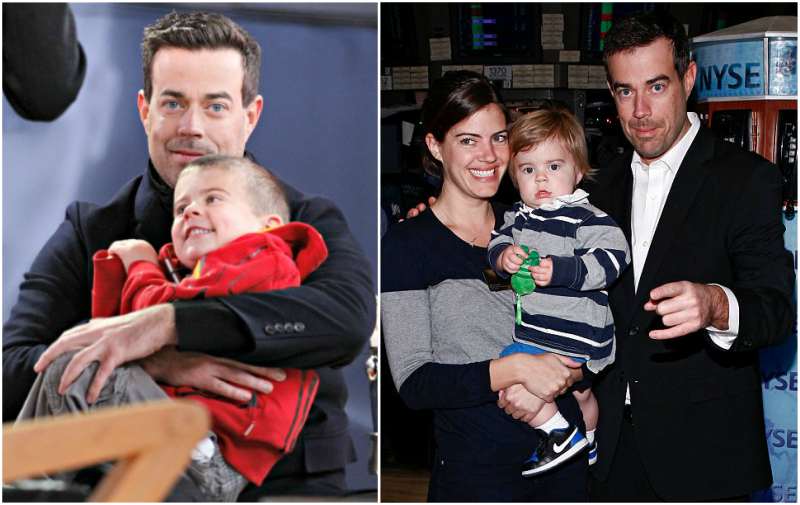 Daly refers to Jackson as an old soul who is love with golf. At such a young age, Jackson is almost as wise as the aged and is a really good kid. 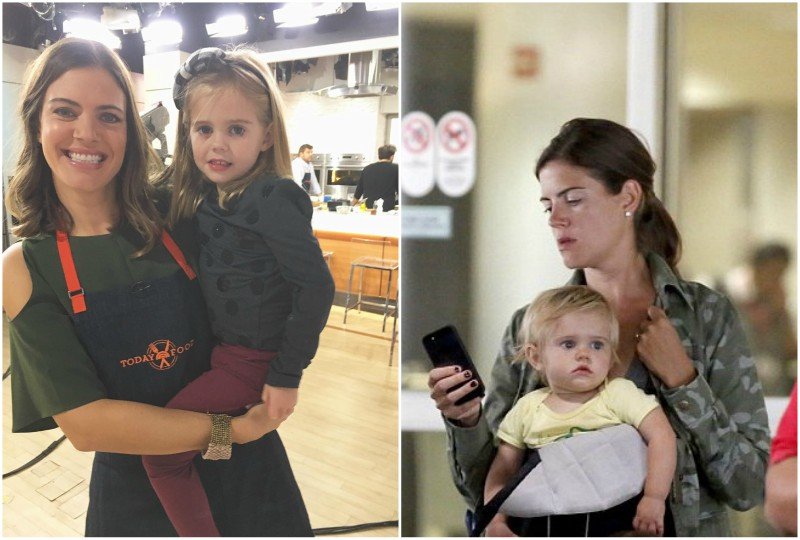 Etta, according to the Last Call with Carson Daly host likes to do what her big brother does and is aggressive in a good way. 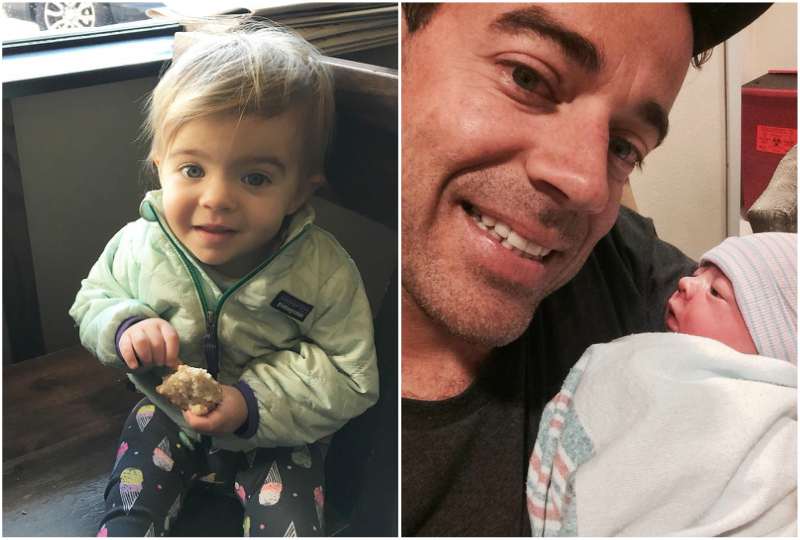 Carson has indeed been the best father ever and just recently quit his 97.1 radio show just so he could have breakfast with his family every morning. We have no idea if the Pinter-Daly union still plan on getting more children but they are unarguably doing their best to be available for these lucky 3. 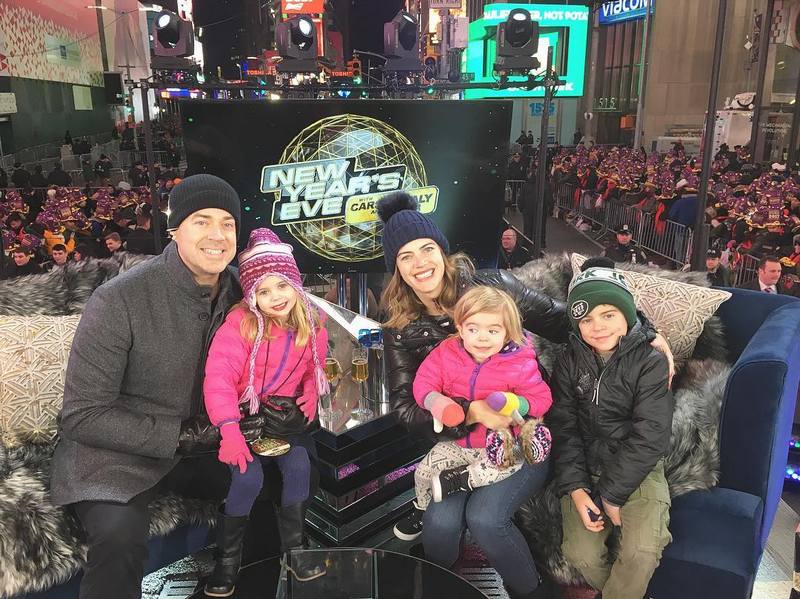 On September 20, 2019 the couple announced about Siri’s pregnancy with fourth baby. Congrats!

Updated! On March 27, 2020 (Friday) Carson posted a photo in Instagram saying: “beyond thrilled to announce the arrival of Goldie Patricia Daly! She was born at 4:08pm (ET) coming in at 8.2lbs & 20 inches long. Go Go and mom are doing great.”

The Family of Ian Somerhalder, a Star of The Vampire Diaries
Robert Herjavec Family: More Facts about His Parents, Wives and Children