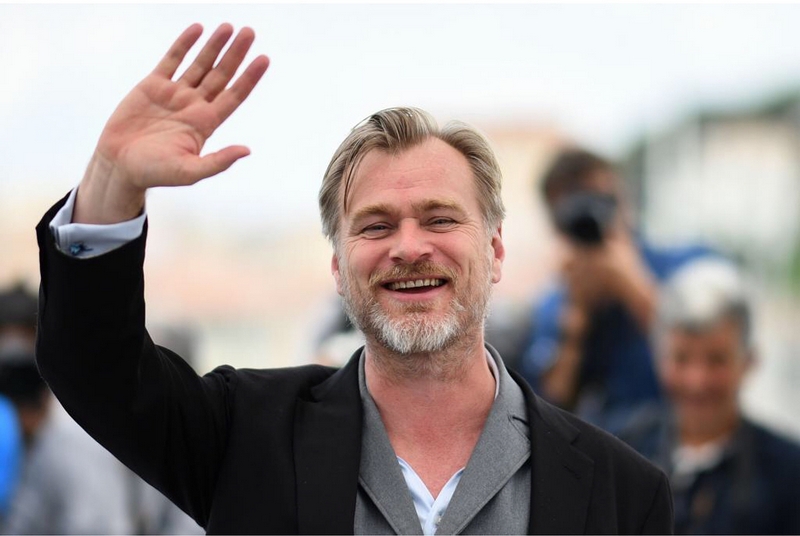 Acclaimed filmmaker Christopher Nolan comes from a humble family, but through hard work and one-of-a-kind talent he became one of the best directors of the 21st century. Nolan is best known for directing The Dark Knight trilogy, Inception (2010), and Interstellar (2014). Interestingly, the genius filmmaker is colorblind, but his condition doesn’t keep him from making spectacular movies, which glue millions of viewers to the screens and gather billions at the box office. In addition, the famous filmmaker famously refuses to use cell phones and doesn’t even have an email, but his aversion to modern technology is always put aside when he creates his modern masterpieces.

Known for his mind-bending and mysterious movies, Nolan’s personal life is just as complex and secretive. Christopher chooses to closely work with his family: his brother Jonathan helps with screenwriting and his wife Emma Thomas produces all of his movies.  So let’s find out more about the elusive family of the brilliant filmmaker.

Who are Christopher Nolan’s parents?

He was an advertising executive and contributes to the English side of Christopher’s family.

Unlike the director’s father, Christina is an American hailing from Illinois, which made Christopher and his brothers grow up between Chicago and London. Owing to his parents’ roots, Christopher Nolan has dual citizenship. 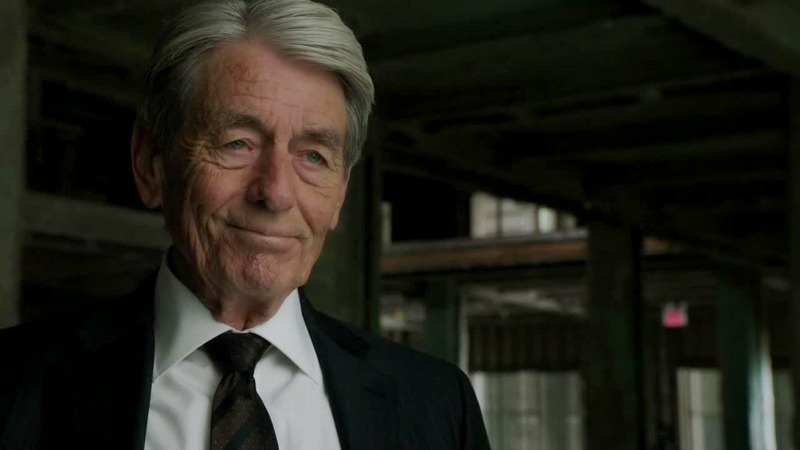 There is another talent in the Nolan family and it’s Christopher’s uncle on the father’s side John Nolan. He is an English actor, who started working in the 1960’s and mostly had episodic roles in British TV series. In the end, being the great filmmaker’s uncle paid off for John, since Christopher gave him roles in his first feature film Following (1998), as well as Batman Begins (2005), The Dark Knight (2008), and Dunkirk (2017).


Who are Christopher Nolan’s siblings? 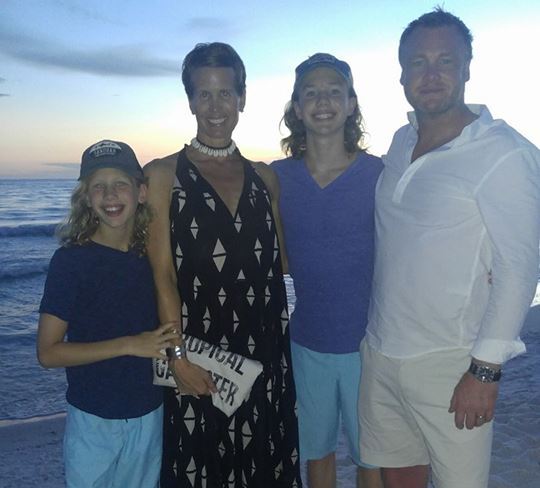 Matt Nolan with wife and kids

The oldest of Nolan brothers Matthew’s life is shrouded in mystery. He didn’t enter film industry, but instead got involved with something that made him a suspect of murder. Allegedly, Matthew was involved in a contract murder, which resulted in American financier’s death. The director’s older brother was pursued by FBI, but they didn’t have enough evidence to convict Matthew. It’s still unknown whether Nolan was a hired hitman, but he currently lives in a lavish Chicago townhouse with a wife Erica and their two sons Peter and Parker. 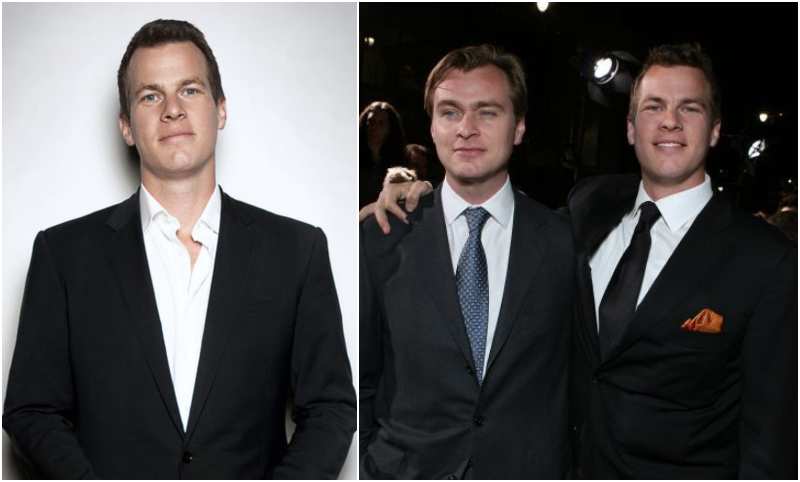 Jonathan is a complete opposite of Matthew, but is very much like Christopher. He’s often closely collaborates with his famous brother, and even wrote a short story which led to Nolan’s first hit film Memento (2000). Since then, the Nolan brothers co-wrote The Prestige (2006), The Dark Knight trilogy, and Interstellar together. After their last movie, however, Jonathan decided to pursue his own project and created the smash-hit TV series Westworld.

Although the Nolan brothers are currently working separately, Jonathan still collaborates with family: his wife Lisa Joy is an executive producer of his show. Together, the couple has two children, a boy and a girl.

Who is Christopher Nolan’s wife? 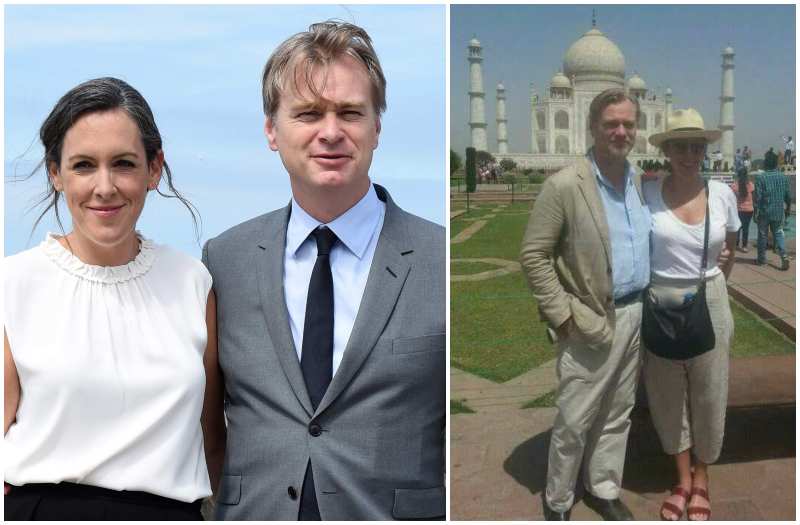 Duration of marriage: 1997 till present

Emma has been Christopher’s partner in more ways than one ever since they got together when the famous director was 19. The two met at University College London, and since then have become inseparable. The couple got married in 1997. Together, they founded Nolan’s production company Syncopy. Emma produced every single one of Christopher’s movies, as well as other additional projects.

Christopher and Emma have four children together and live in Los Angeles.

Who are Christopher Nolan’s children? 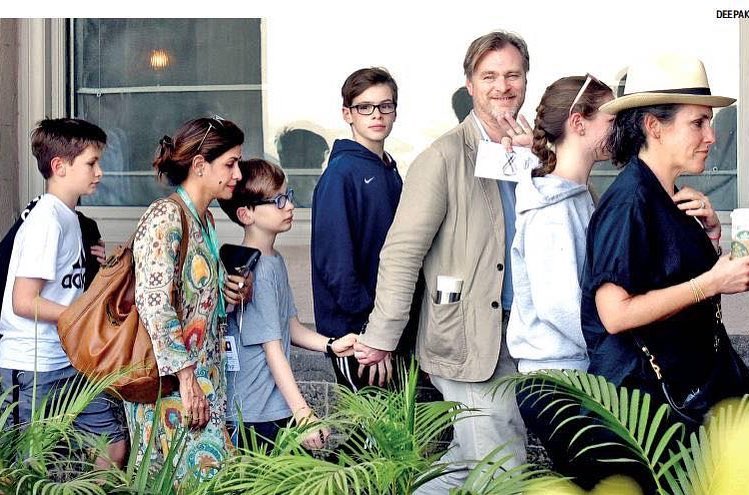 Christopher with kids and wife

Not much is known about Christopher Nolan’s children, but it doesn’t keep him from putting them in his movies. Flora can be briefly seen in her father’s film Interstellar. In addition, the filmmaker used her name in a working title for the movie, which was known as Fiona’s Letter during production.

Nolan’s first son appeared in two of the director’s movies: The Dark Knight Rises (2012) and Interstellar. Christopher also used Rory’s name as a working title for The Dark Knight, which was known as Rory’s First Kiss.

Oliver made a cameo in his dad’s film The Prestige when he was a little baby. His name was also used to hide the real title of one of Nolan’s movies: Inception’s working title was Oliver’s Arrow.

Christopher Nolan’s youngest son probably has the most memorable role in his father’s movies compared to his siblings. Magnus played Leonardo DiCaprio’s son in Inception, and can be seen in several scenes. And, of course, following the tradition of giving working titles his kids’ names, Nolan named The Dark Knight Rises after Magnus and it was initially known as Magnus Rex.

Everything You Wanted to Know about Genius Filmmaker Steven Spielberg’s Big and Diverse Family
Diana Ross and Her Supremely Outstanding Family: Siblings, Husbands, and Children of the Iconic Singer