All you need to know about the family of Colin Farrell, Irish actor turned Hollywood star 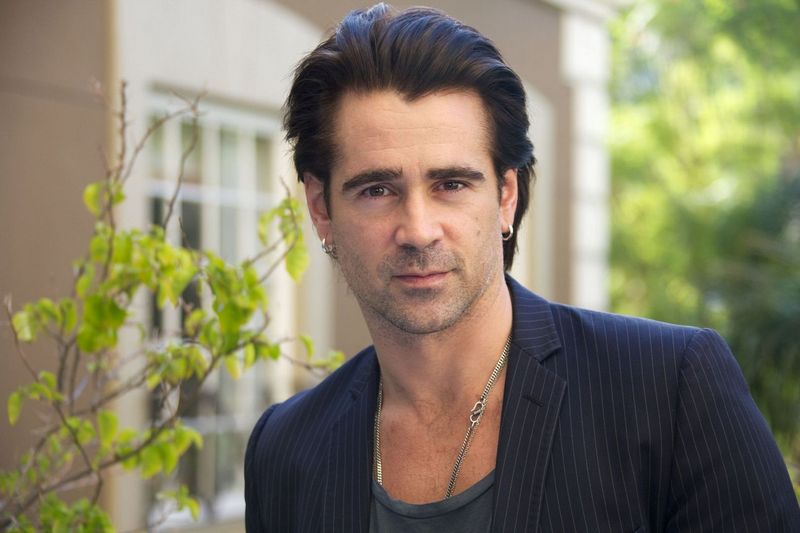 All you need to know about the family of Colin Farrell, Irish actor turned Hollywood star

In 2002, hunky Irish actor Colin James Farrell emerged as one of Hollywood’s most-sought-after lead actor after appearing in Steven Spielberg’s Minority Report (2002). Over the next year, he was in a string of other major feature films and was even referred to as the ‘man who stole the movies’.

Colin’s story wouldn’t be complete without the input of his only brother Eamonn. The older Farrell became a director of a Dublin performing arts academy for youths and succeeded in talking his brother into taking an acting class. The Recruit (2003) actor agreed and that was how he landed his first television commercial within a short while.

He got a few more jobs then found his way to London to further his career. Farrell appeared in a stage play which Kevin Spacey saw and was highly impressed by his talent. Spacey cast Farrell in his gangster flick Ordinary Decent Criminal (2000) and made the necessary call backs that launched the handsome talent into Hollywood. Keep reading as we bring you details about the people Farrell calls family. 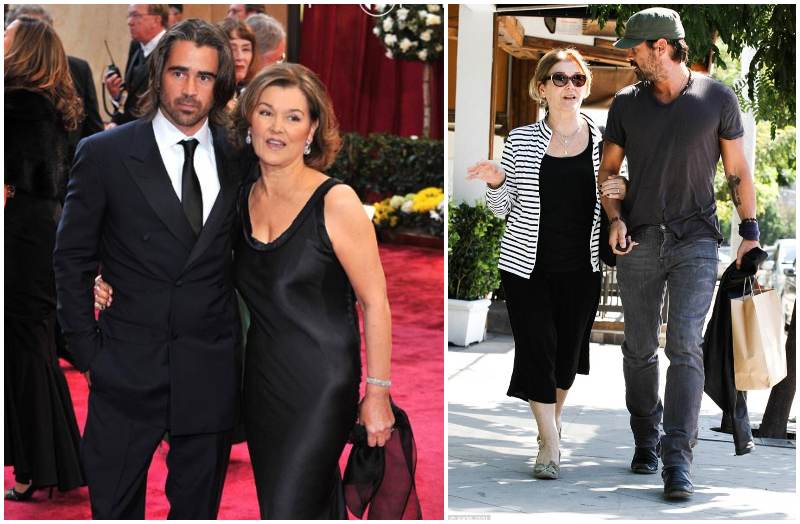 She had four kids with Farrell then their marital union eventually dissolved and the kids lived with their lecturer mom in Castleknock. Rita remarried in 2013 and is still married to producer Joel B. Michaels. 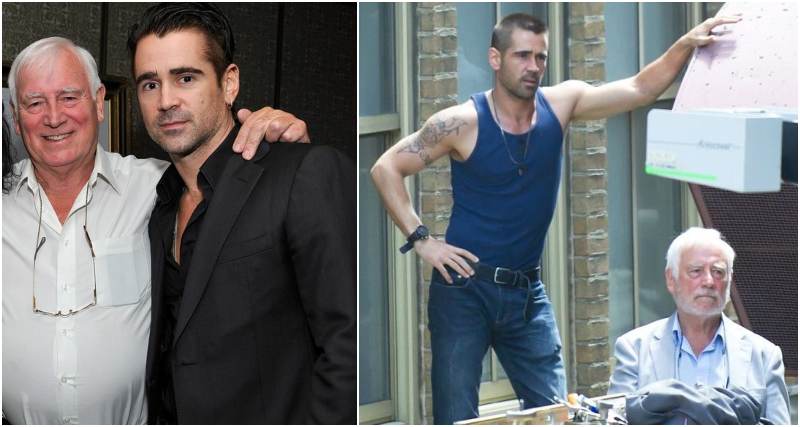 Papa Farrell was a professional Irish soccer player for the Shamrock Rovers in the 1960s. He also ran a health-food shop on the side. In July 2016, 73 year old Farrell married his lover Eileen Pollard. According to Eamon, he met Pollard through a mutual friend and got on well together but he never thought he would marry again but it’s been for him, the most wonderful decision ever. 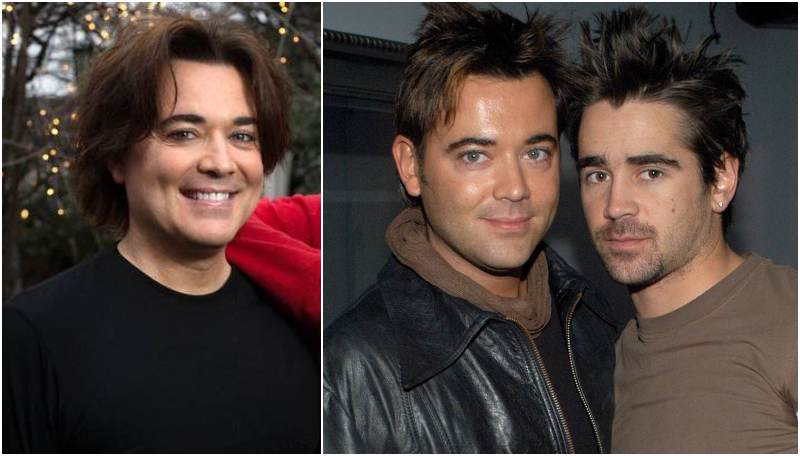 Eamon is the only brother to the Miami Vice (2006) star and is also an actor in his own right. The older Farrell explained in an interview how his brother has been ever supportive of his sexual orientation. Eamonn recalls how Colin “protected” him from teenage bullies as he was the fiercer one.

Just a few years back, the younger Farrell praised his brother, noting that he did not choose to be gay, no more than anyone chose to be straight. He went on to add that it was all a trick, a sleight of nature. Eamonn is openly gay and has been married to Irish artist Steve Mannion since June 2009. 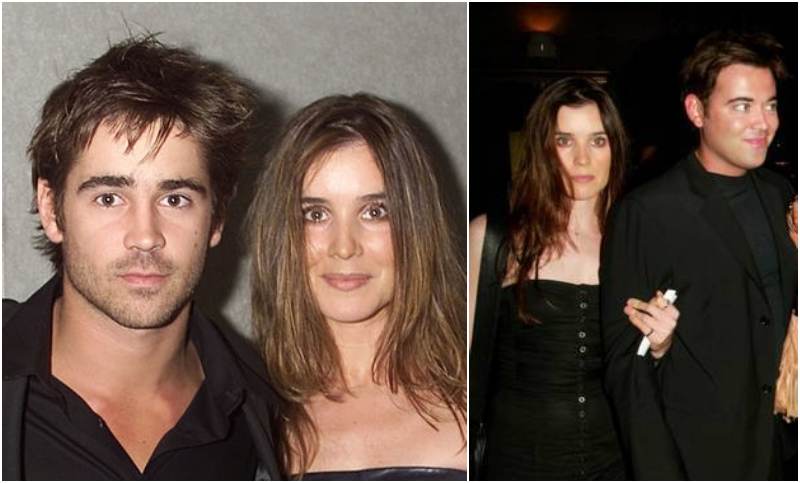 She is the first Farrell daughter and is also in the movie business. She has chosen to keep her personal life under wraps. 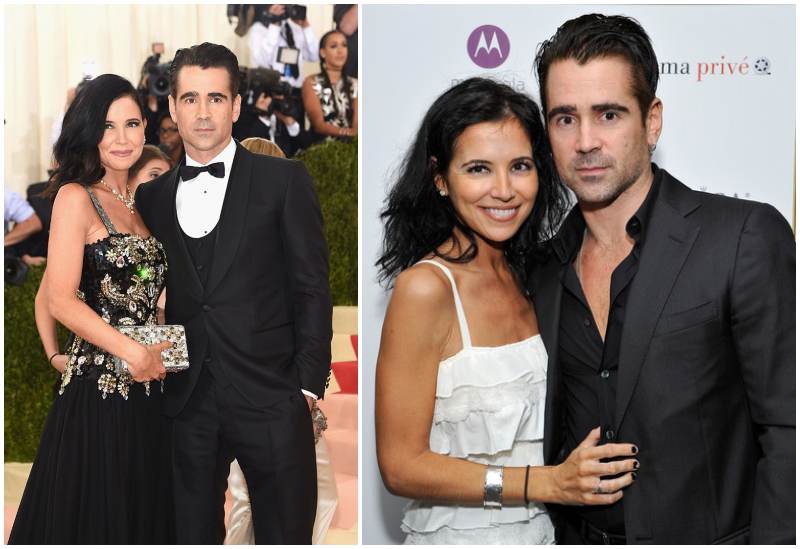 She is an actress like her brother and is known or her works on The Recruit (2003) and Total Recall (2012). Claudine seems to be extremely close with her younger brother as they are always seen together especially at Hollywood events. 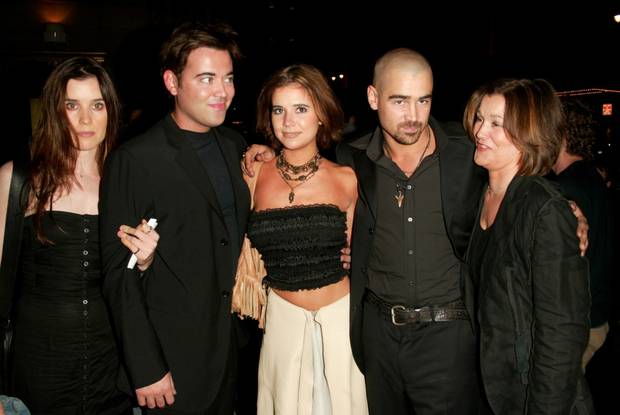 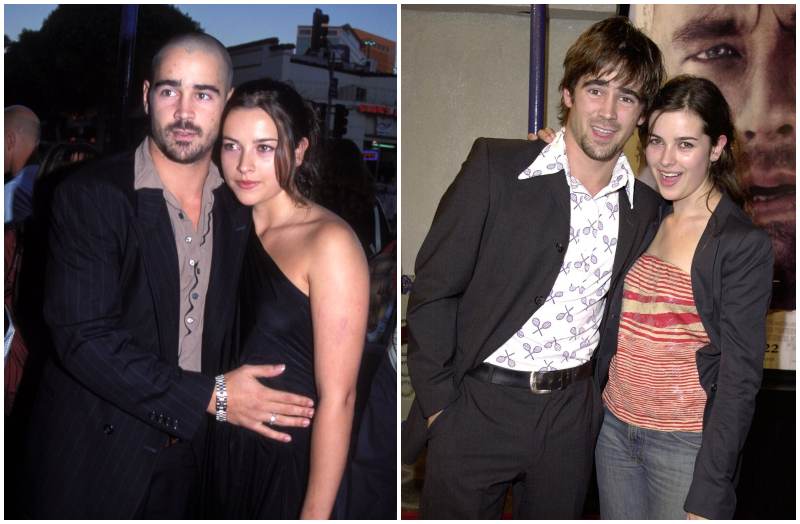 Farrell met with actress and singer Amelia in 2000 at the premiere for Quills (2000). By July the next year, both lovers had an informal ceremony on a beach in Tahiti but this “marriage” ended a few months later. The Daredevil (2003) star admitted that they were too “young” and went too fast with everything.

Amelia has now been married to Northern Irish actor and model Jamie Dorman since 2013 and they are parents to two daughters. 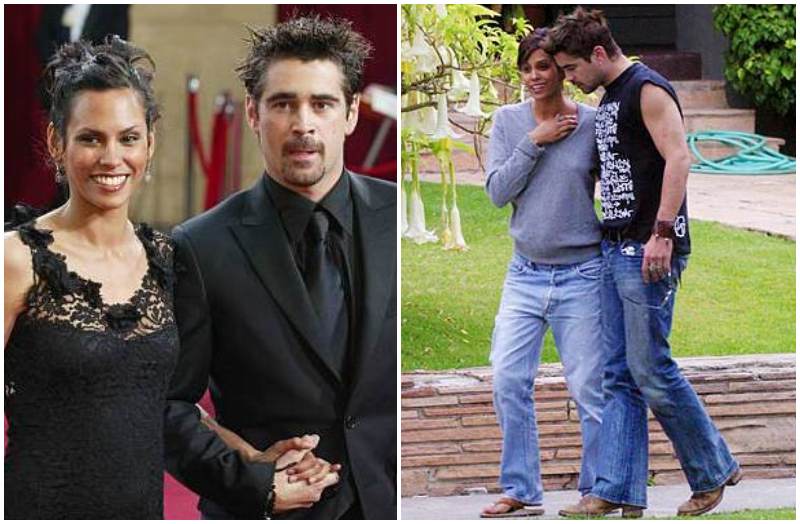 After Warner, Farrell was linked to a number to public figures but had his first child with model Bordenave. She is now married to Jimmy Gamboa. 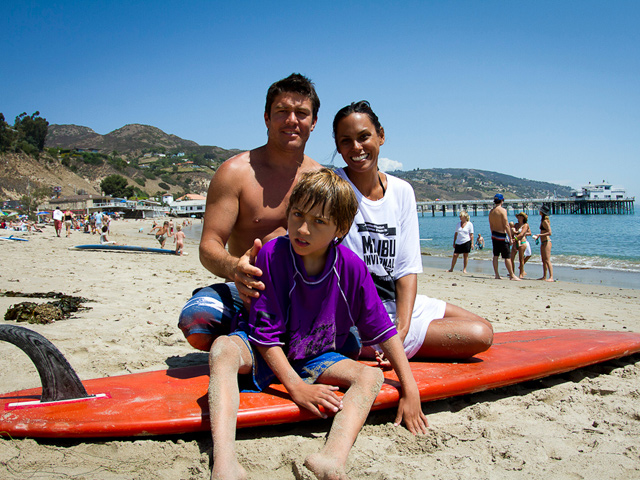 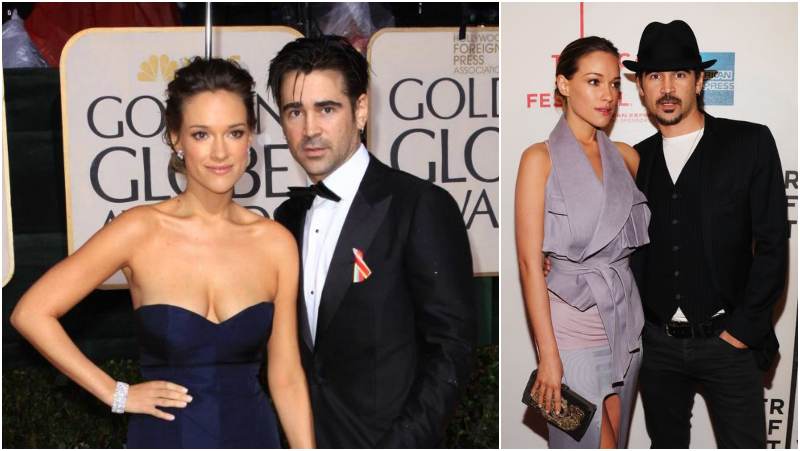 Bachleda-Curus is a Polish actress and singer. She dated Farrell for a short while but in that time, became the mother of his second son. 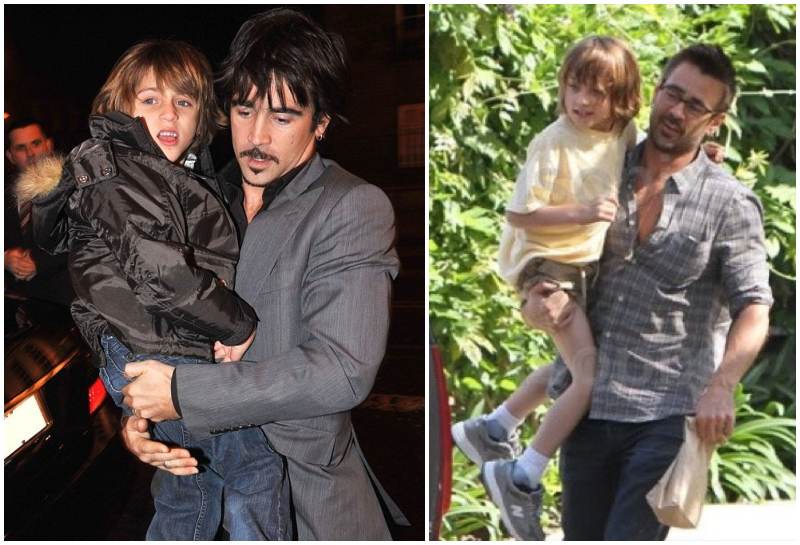 Farrell shared how humbling it was to see his son take his first steps a few weeks before his fourth birthday. He stated that while it is a momentous occasion for any child, it meant so much more to him knowing his son had worked hard to reach that milestone.

James has a rare genetic disorder called Angelman syndrome that causes several symptoms including developmental delays, speech impairment and intellectual disability. He was diagnosed with this condition at age two but ever since, Farrell has been the best dad ever; he never ceases to share publicly how proud he is of his son. The star actor also leverages on his public profile to raise awareness for the disease and provide support for research and therapeutics. 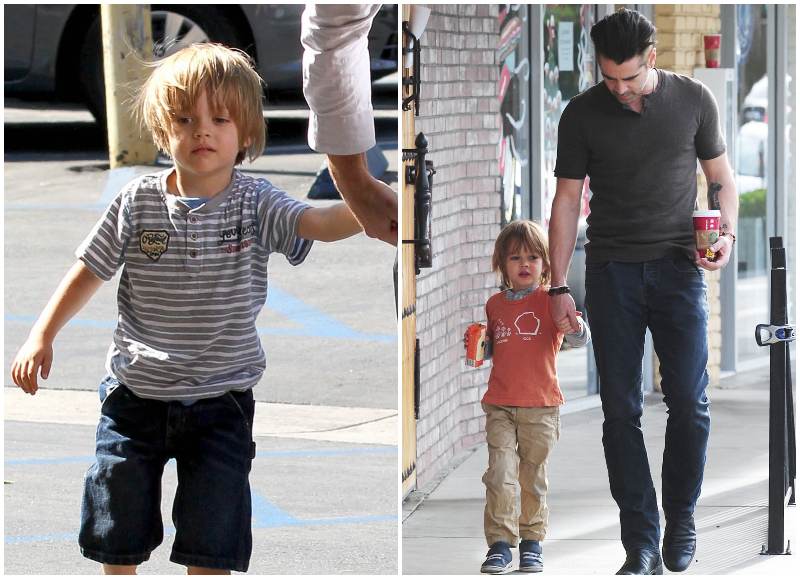 The Tigerland (2000) actor has been every inch the doting father to his youngest son. The one-time drug addict admits that fatherhood has changed him as he says he is now open to a lot of things and has learnt that family should always come first.

When asked in an interview if he would want his boys to get into the movie business, he said “both my boys can do whatever they want and be whoever they want to be as long as they are happy and are discovering life”. Isn’t Colin the best father ever!?