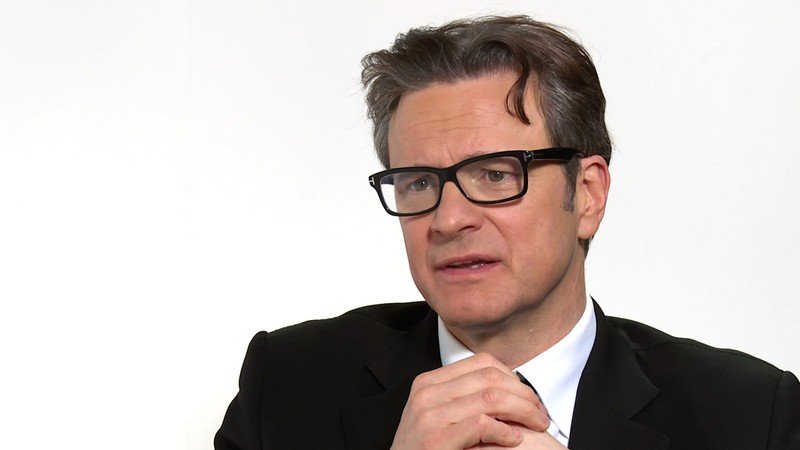 He decided quite early to be a professional actor and by the age of 11, had attended a few drama workshops. Colin Firth saw school as boring and uninteresting – as he was always bullied by his classmates – but had fallen in love with English literature so the arts were his best choice. Firth gained his first widespread attention from his character in the Pride and Prejudice (1995) movie and ever since then has been a great actor to watch.

He is not one of those Hollywood men who when they walk into a room, have all heads turned but he is an accomplished British celebrity in his own right. With his attractive physique and air of quiet dignity; Firth is the go to man for leading roles in period dramas. The sexy hunk in Bridget Jones’ Diary (2001) is not just a multiple-award winning male but also a family man. Enjoy this read as we take you deeper into more about his personal life. 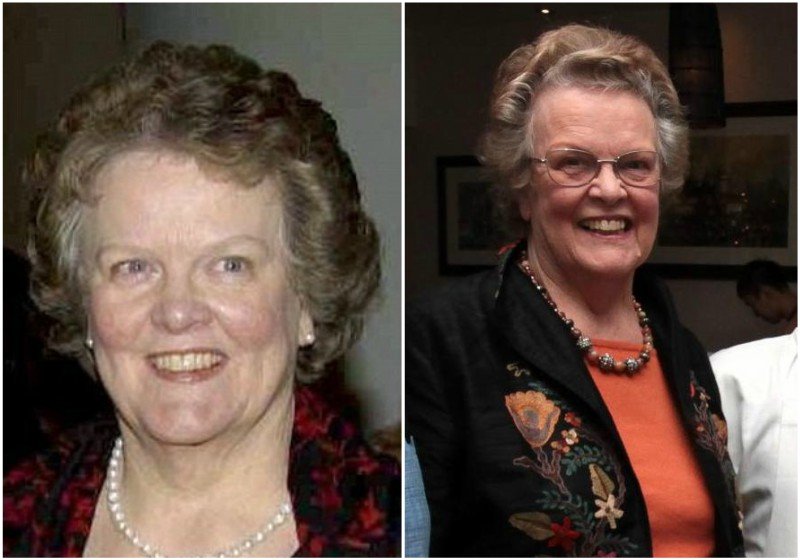 Dr Shirley was a Comparative Religion lecturer at King Alfred’s College. She is very proud of her son’s achievements seeing that while he was raised they were quite poor. Shirley has been a supportive mom since her son first expressed his desire to be an actor and she is beyond exhilarated that his dreams have today become a super reality. 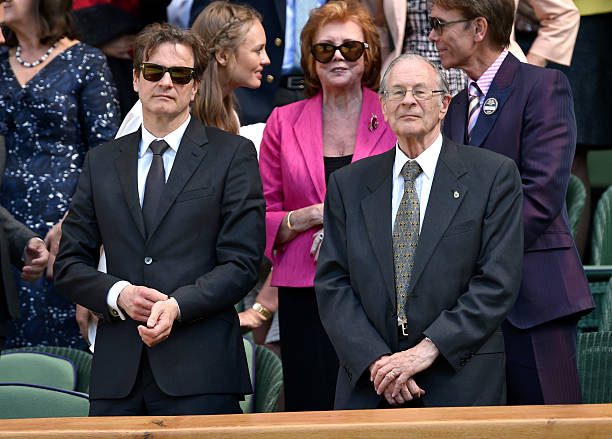 Like his wife, David’s parents were also Methodist missionaries in India.  Together with his wife, they worked as teachers and government officials in Nigeria and in several other cities. One thing that was common with him and his family is that they were almost always on the move. As a missionary, he was here and there until finally he returned to England with his family. On getting to Britain, David settled in Winchester as a history lecturer at the now University of Winchester. 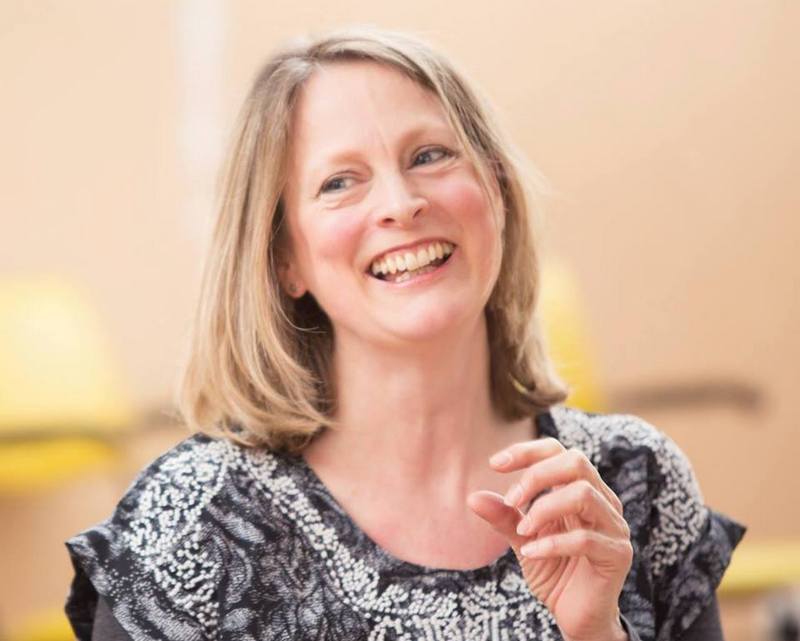 Kate the middle-born Firth child and only girl is now a stage actress and occasional voice coach. She was born in Nigeria while her parents were missionaries there. Today, she has a huge bank of knowledge in psychology, therapeutic counselling and human communication. After her wedding, she relocated to California for a while then returned to England in 1992. Kate currently lives in London with her family and is very close to her actor brother. She even helped in coaching Colin for his tasking role as King George 6 in the critically acclaimed movie for which he is most recognized. 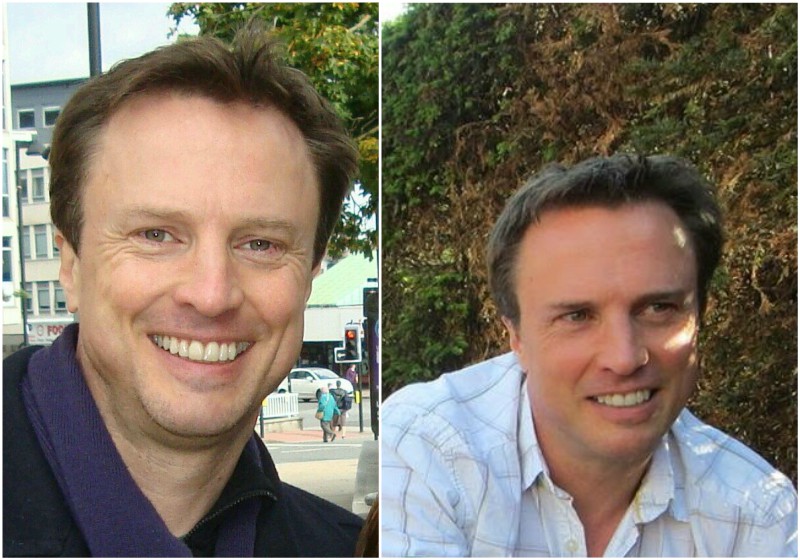 Unlike the other Firth actor, Jonathan is not as popular; he is just one of those average artists. He was born in England and still lives there till date. He is an actor and is best known for his works in British television shows. 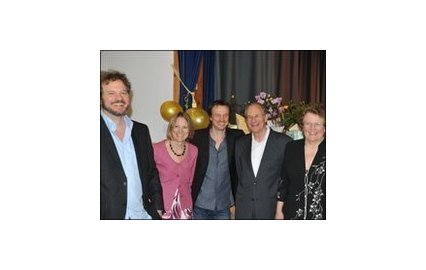 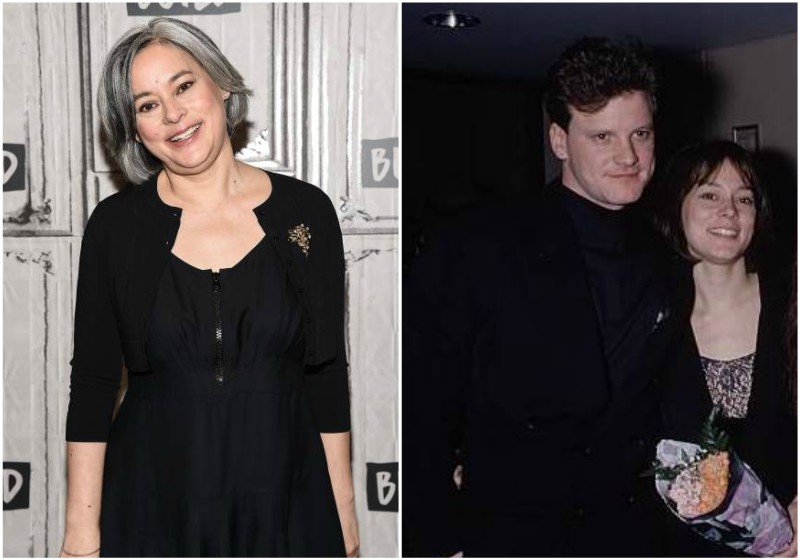 The ‘A Single Man’ (2009) actor was dated former actress Meg Tilly for about five years and in this period, had a son with her. While he was with Tilly, they both thought they would be together forever but marriage never fell in the picture, they were just from two separate worlds. Tilly was the more country side girl who was satisfied with life in a cabin while Firth had to be in the city surrounded by family.

Initially, they both thought they could make it work with Colin shuttling between work in London and his lover and son in Vancouver. The strain was huge and no commitment was going to salvage their different wants and career location. After their split, Meg retired from being an actress and took to writing as her new line of work. Meg eventually remarried and says she is still friends with the British actor Firth. 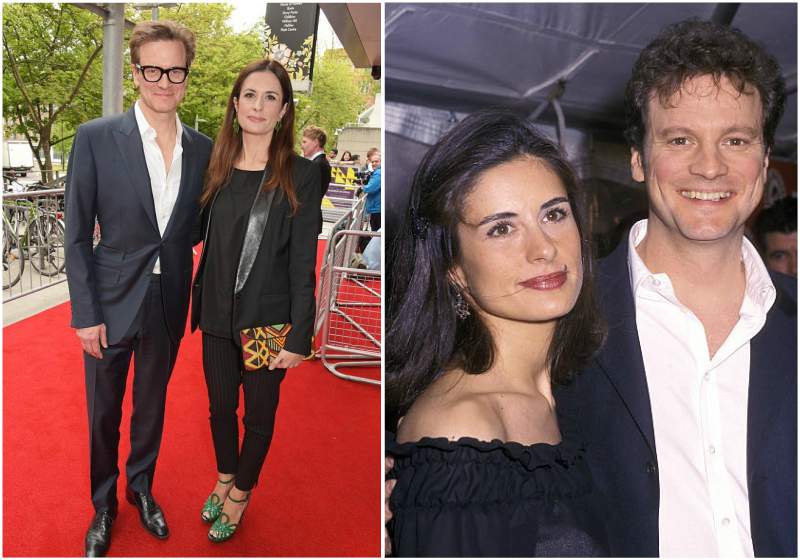 Italian Film producer and the charitable Firth met in 1996 while they both worked on the mini-series Nostromo (1995). Theirs was a sweet love story as he was the star of the movie then and she was his production assistant. Colin saw Livia as the smartest Italian beauty on earth and within a year of dating, they decided to get married in June 1997. 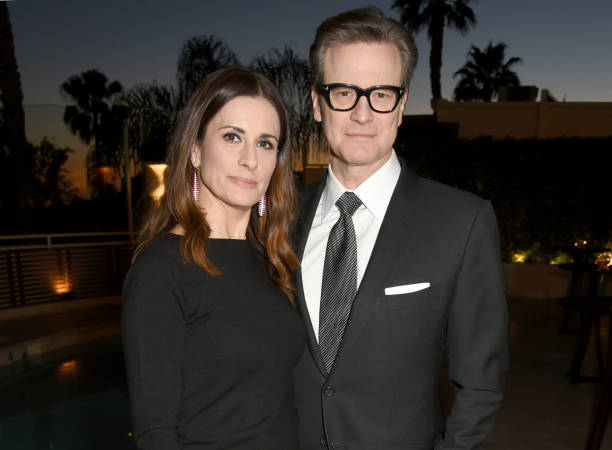 ‘Mr Darcy’ is proud of his stable family life and this has indeed caused positive developments in his career as he goes only from strength to strength since settling down with Livia. Firth and his wife now have a film and political activism website. Colin could not help but continue with philanthropy as that was how he was raised by his parents.

Updated! On December 16, 2019 the couple announced about their separation. 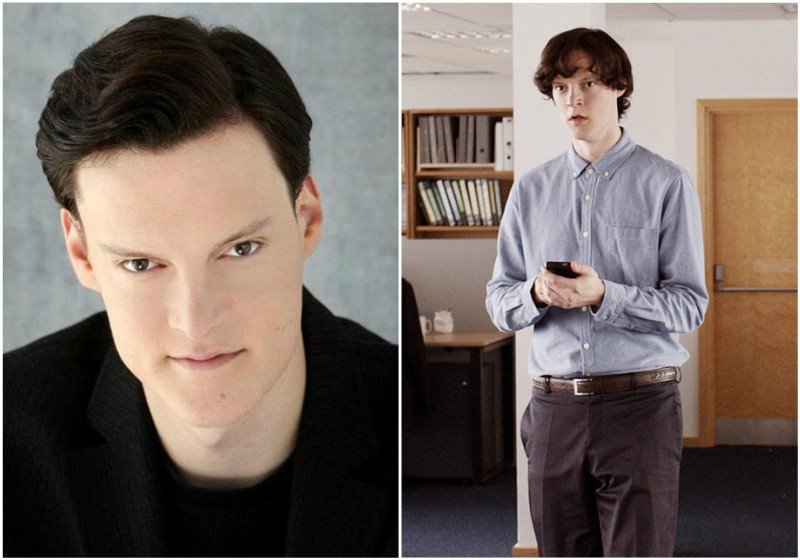 He is his father’s look alike with a shock of dark wavy hair to his tall and broad shouldered figure. Like his parents, Will is an actor and is best known for ‘The Big Chill’ (1983) and ‘Agnes of God’ (1985). 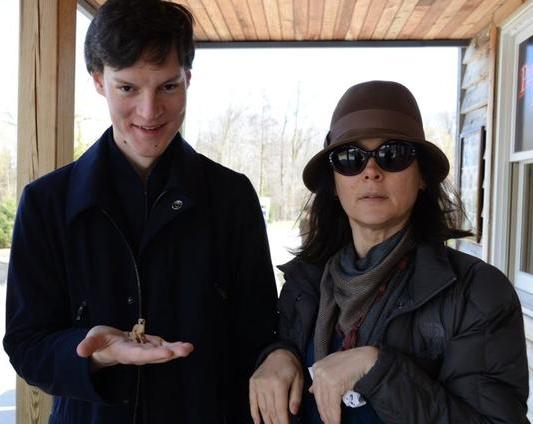 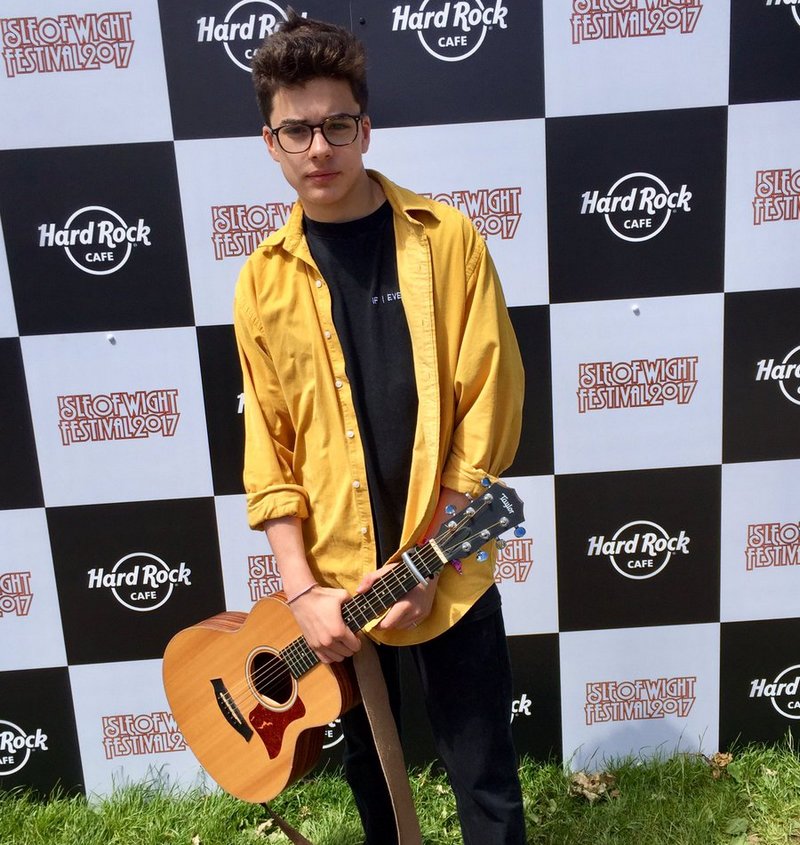 Sixteen year old Luca is the first child Livia had with the British pride. He is gradually growing into his own man, who knows whether he would join the entertainment world like his parents but he likes to sing and his first debut was on Isle of Wight Festival (06/10/2017). He also plays guitar. 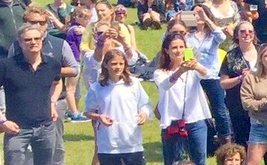 Mateo is the youngest of the three Firth kids and is undoubtedly a blessing to his family. Matteo and his brother Luca get along well with their much older half-brother Will. 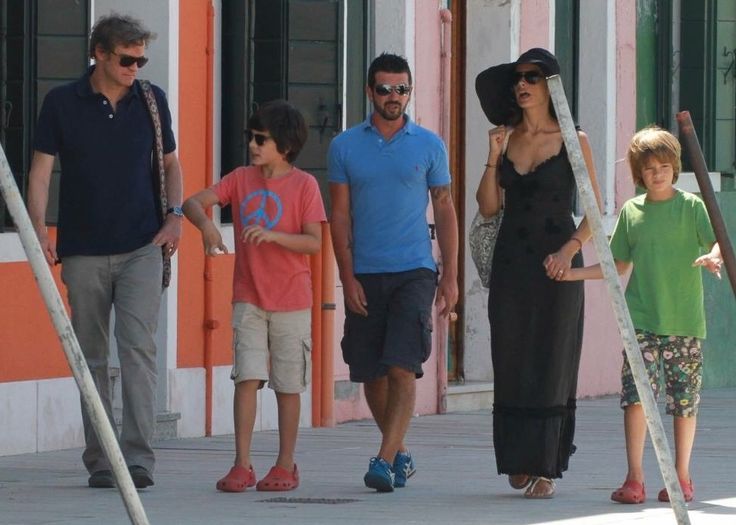