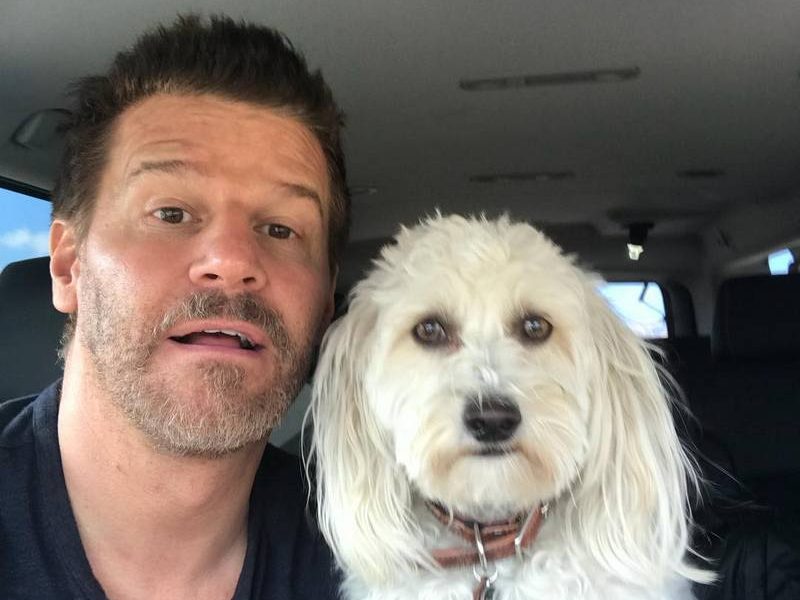 He is known for his role as the emotionally anguished vampire Angel on the supernatural drama series Buffy the Vampire Slayer (1997 – 2003) and for his amazing performance in the spin off series Angel (1999 – 2004) but beyond that, Dave Boreanaz is indeed one talented thespian. To some, he is even regarded as the most steadily employed man on television.

He was exposed to the show business quite early due to the nature of his father’s job and by the time he was seven years old, David already decided he was going to be an actor and this decision led him to study cinema and photography at New York’s Ithaca College. He debuted his acting career in 1993 as a guest in the American sitcom Married with Children (1986). No one knew him after his guest role but he accidentally landed the vampire role and it became the movie that shot him to fame.

David Paul Boreanaz embarked on a career as a producer from the third season of Bones and has now directed at least one episode every season since the fourth season. Keep reading to know more about this gifted actor ad hockey fan. 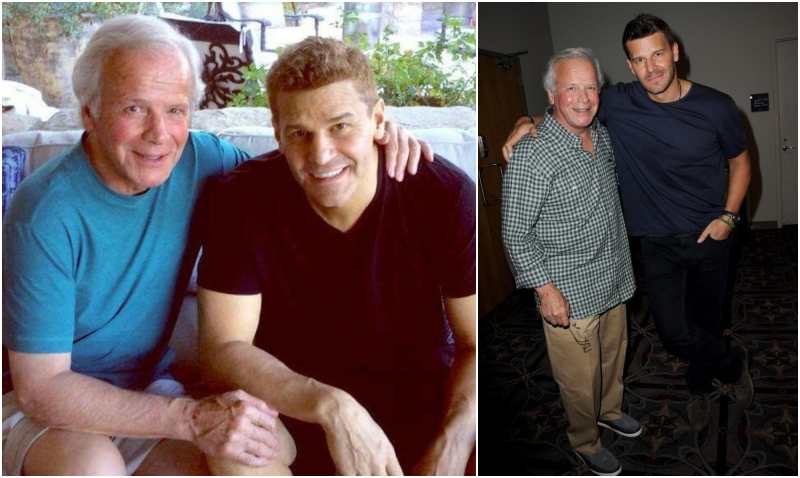 Dave is a retired American television broadcaster known for his days as a weather forecaster; he also had a popular kids show called Rocketship 7. Through his career, he worked with the stage name Dave Thomas in Buffalo, New York and in Philadelphia, he was Dave Roberts. According to his son, he was very present as a father and taught him a few lessons as regards the media industry, one lesson Roberts taught his namesake son was to treat every human as though he was just meeting them for the first time because he can never tell if the last time he saw them would indeed be the last. 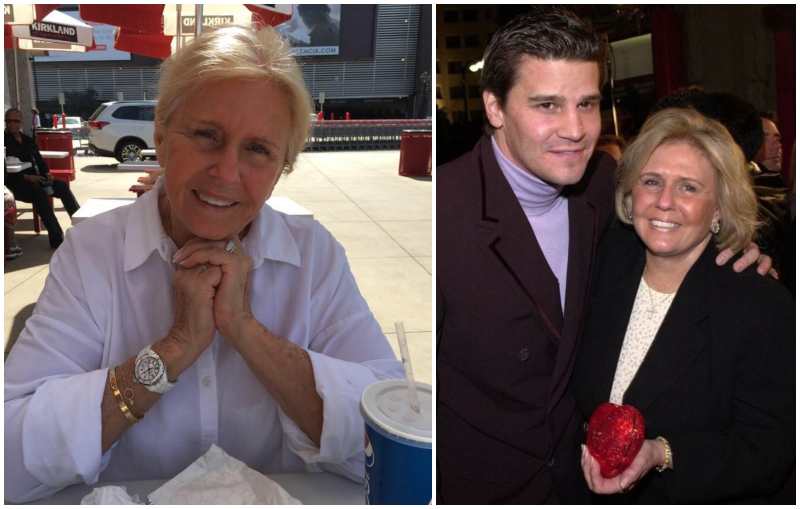 Travel agent Patti married Dave in 1995 and they soon became parents to a son and two daughters. 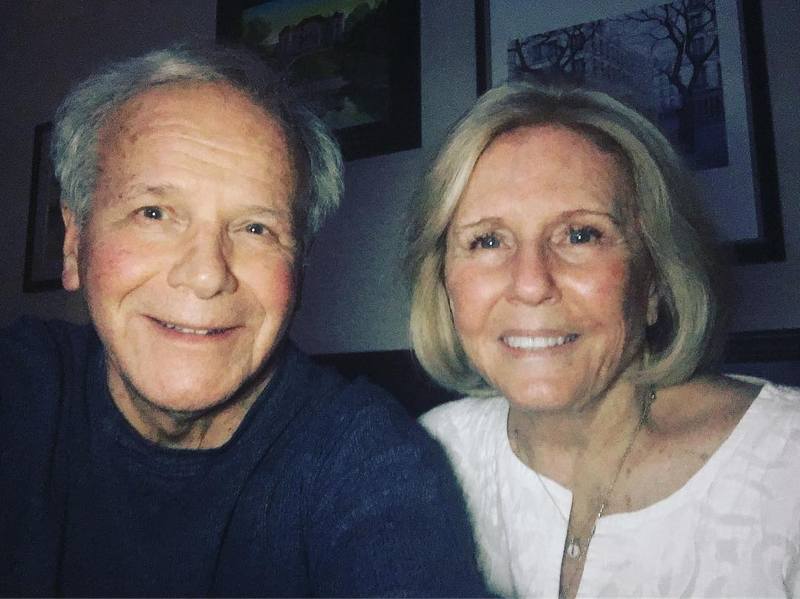 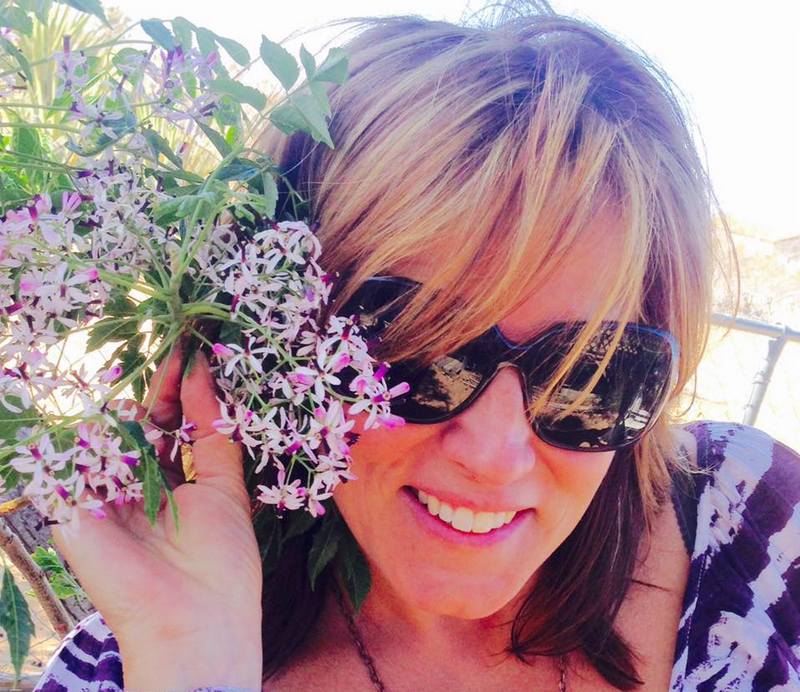 David recalled how playful they all were as kids. He narrated that as a little boy, his older sisters would tell him that if he did not behave, the child services woman would come take him away then they would have their babysitter dress up as an old lady and come to the door. They are obviously all grown now and Bo has since been married to Jonathan Slavin. 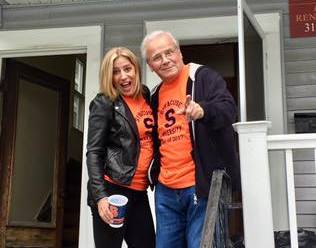 She is the second Boreanaz female and is now a history teacher by profession. 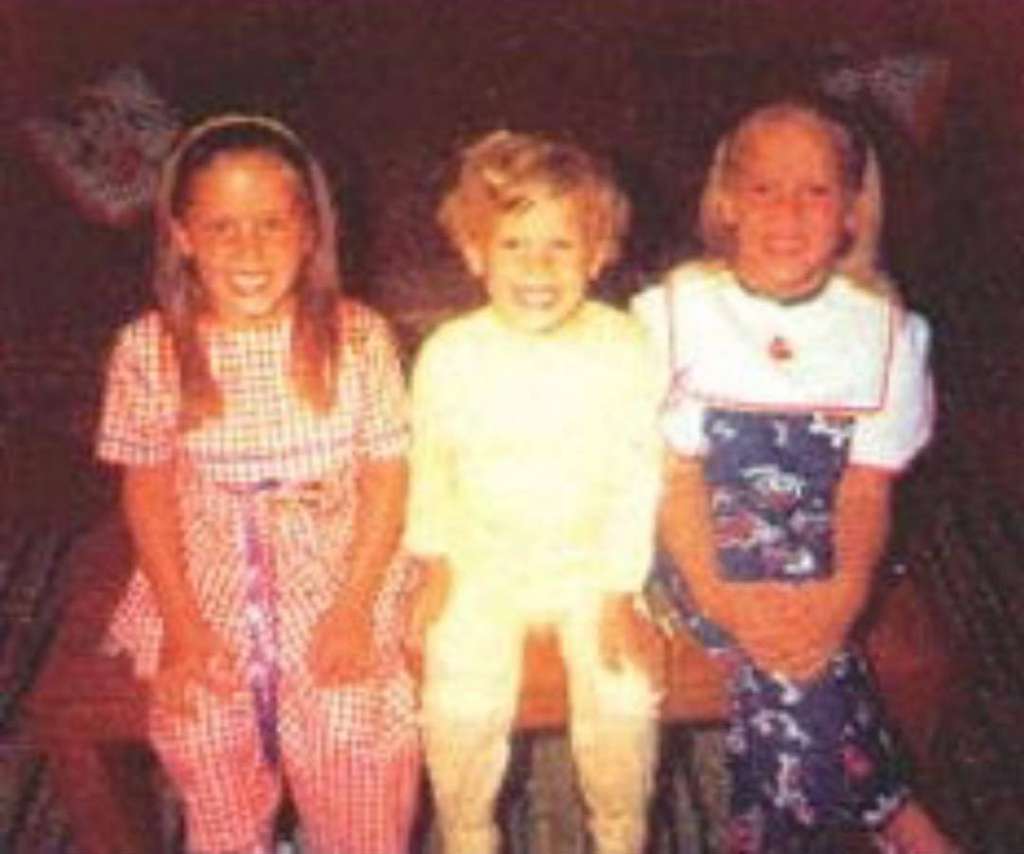 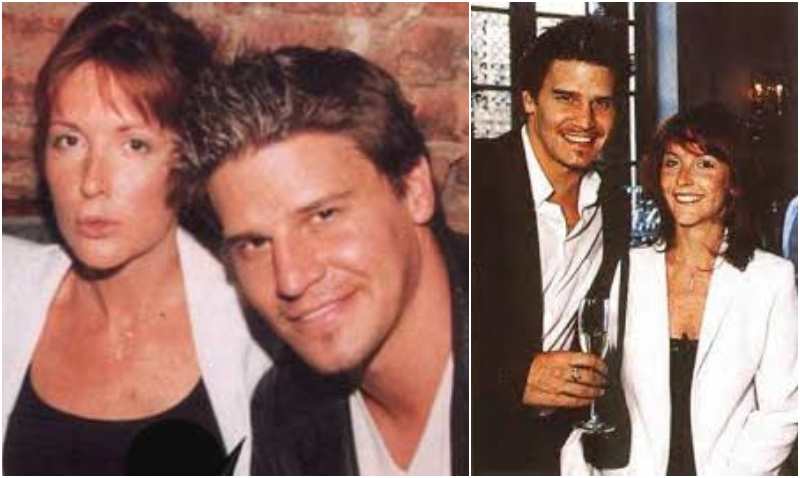 Ingrid is a famous social worker and is also known for being the first wife to the SEAL Team (2017 till present) actor. Both exes first met in 1994 when Dave was still struggling in his career. The pair fell in love and eventually started an affair; after three years of dating they both decided to take their relationship to the next level and were married by June 1997. Their marriage was very brief and rumor has it that they might have divorced because Ingrid became insecure, was too concerned and over possessive towards her husband. 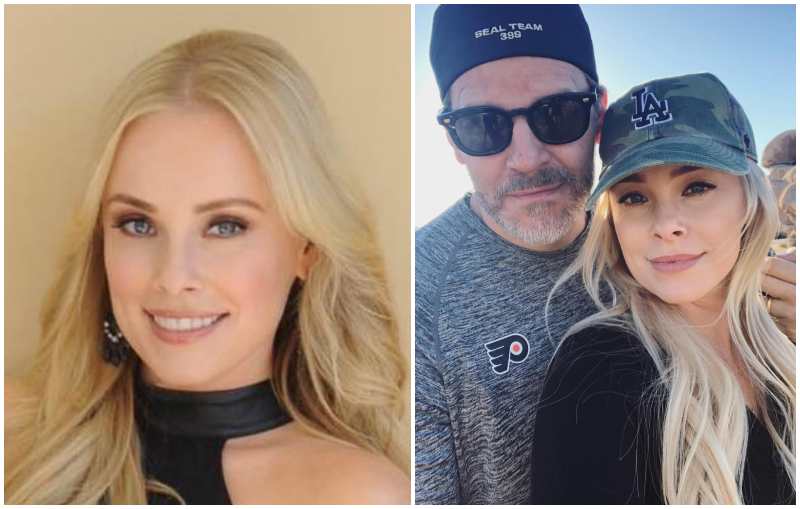 Duration of Marriage: November 24, 2001 till present

Like her husband, the beautiful Jaime is an actress but she also runs a career in modelling. She represented St. Pauli beer brand 1999 and was the January 1999 Playboy Playmate of the Month. Bergman met Boreanaz in 2001 at a Valentine’s Day party at the Hugh Hefner’s Playboy mansion and Cupid (the god of love) literally took it off from there. They were originally set to marry in September that same year but had to wait because of the terror attacks in New York and Washington DC at the time.

The I’m with Lucy (2002) actor has a Kanji tattoo on each wrist; one signifying soul and the other signifying destiny. His wife also has the exact same tattoos on her wrist.

It is not news that the couple have been struggling in their private lives because of Dave’s infidelities; while Bergman was pregnant with their daughter, David cheated on her with Rachel Uchitel, the same woman Tiger Woods allegedly cheated on his wife with. 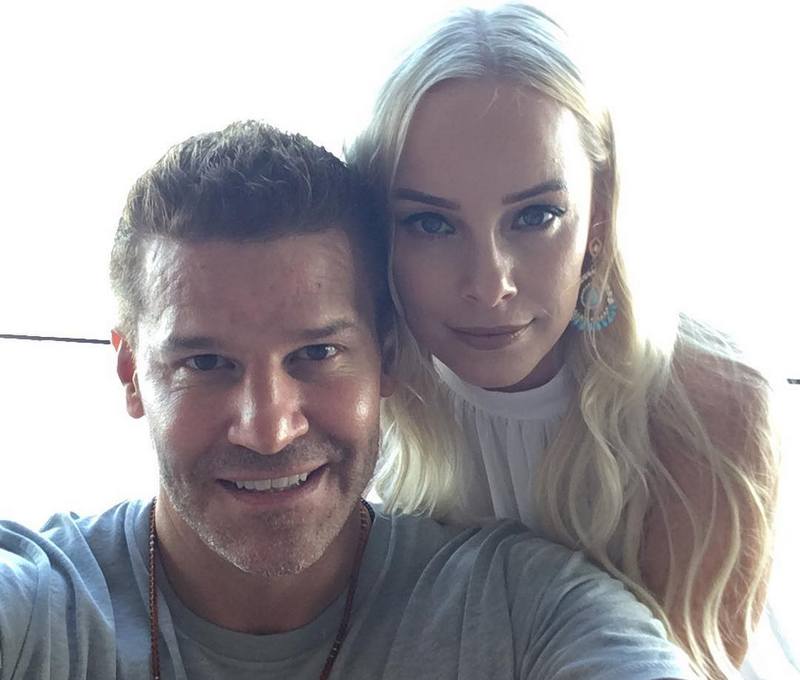 Both lovers seem to have gotten over their marital “mess” and are now living life happily together.  For her 2013 Valentine’s Day gift to her husband and kids, she legally changed her last name to Boreanaz. That same 2013, she started a nail polish lie called Chrome Girl with her husband and another couple friend of theirs. 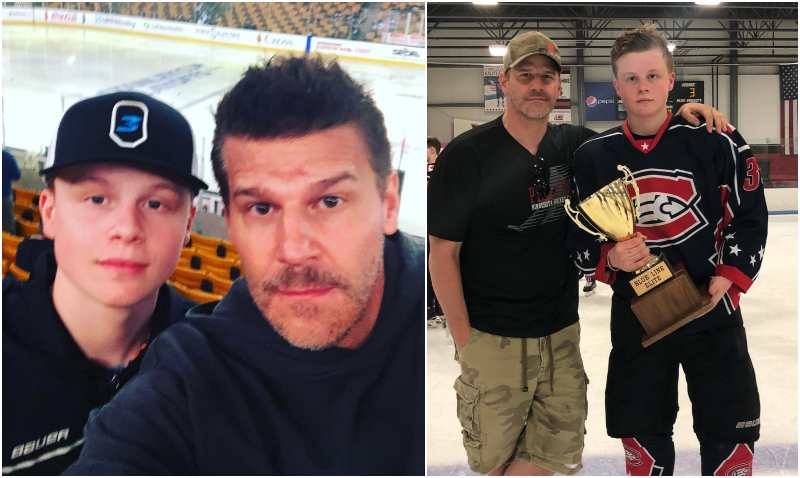 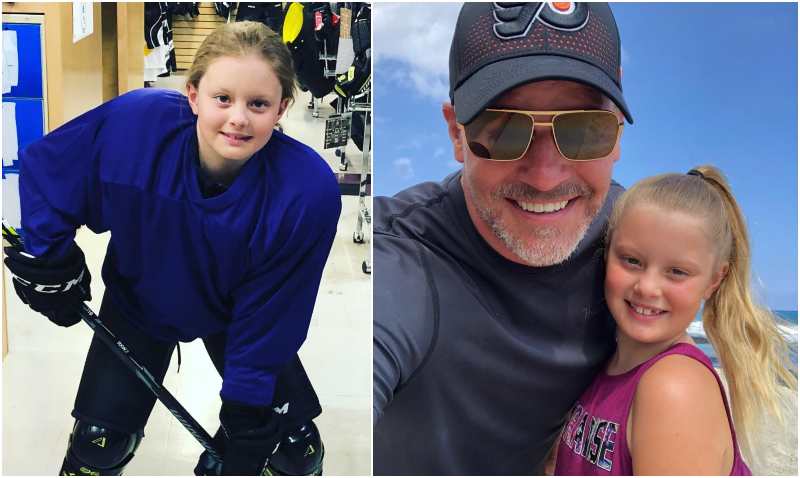 Boreanaz might be a busy actor but he never fails to make time for his family. He was very hands on while his children were much younger and he says one of the lessons he hopes to instil in his children is that love for family should be their biggest priority in life. The American actor says he has photos of his kids in his car, at work, on a night stand and just all over the place. He even added that his only daughter, Bella has him wrapped around her fingers.