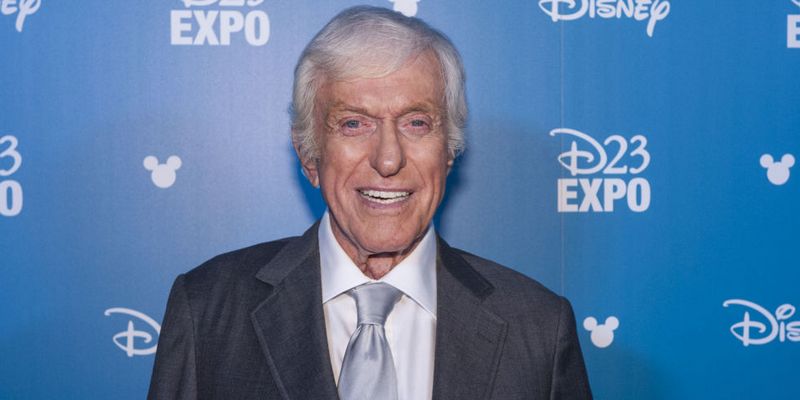 Richard Wayne Van Dyke is one Hollywood veteran whose career has spanned over seven decades. He first gained recognition on radio and Broadway then walked his way gradually on television until he became known for his show The Dick Van Dyke Show which ran from 1961 to 1966. Dick is today not just an actor but is also a comedian, singer, dancer, writer and producer.

The Chitty Chitty Bang Bang (1968) actor is now the recipient of several top awards and has been inducted since 1995 into the Television Hall of Fame. In 2013, Van Dyke received the Screen Actors Guild’s highest honor, the SAG Life Achievement Award and has also been recognized as a Disney legend.

Beyond his career achievements, the Diagnosis: Murder (1993 – 2001) star has been a husband to two, is a father, grandfather and also a great-grandfather. He has a brother who was equally a member of the movie industry and Richard has succeeded in passing down his love for the performing arts down his family line. Keep reading as we bring you details on all the members of the Dick Van Dyke Family. 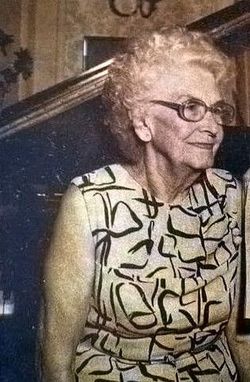 Hazel is the mother to both Van Dyke sons and worked as a stenographer. Her family was very religious and her son initially considered a career in ministry but a drama class in high school convinced him that he truly belonged to the movie industry. 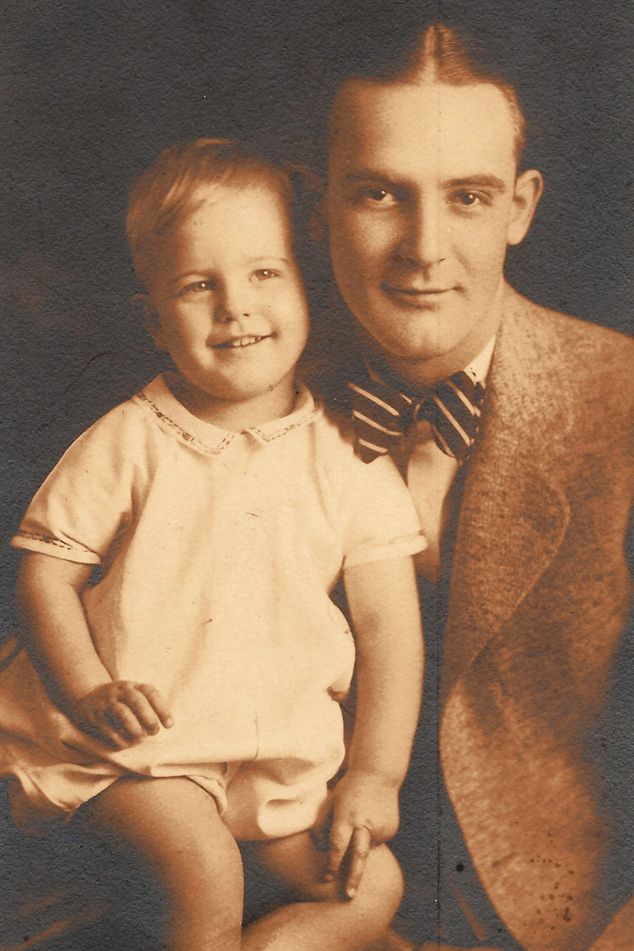 He was just 23 when he got married to his wife Hazel and after some years they were parents to two boys. According to Dick, his father was a handsome minor-league baseball player. He was the life and soul of every party and during his team’s off-season, he played saxophone and clarinet in a jazz band. Loren was living the carefree life until his wife told him she was in the family way so he had to get a proper job as a travelling salesman with the Sunshine Cookie Company. 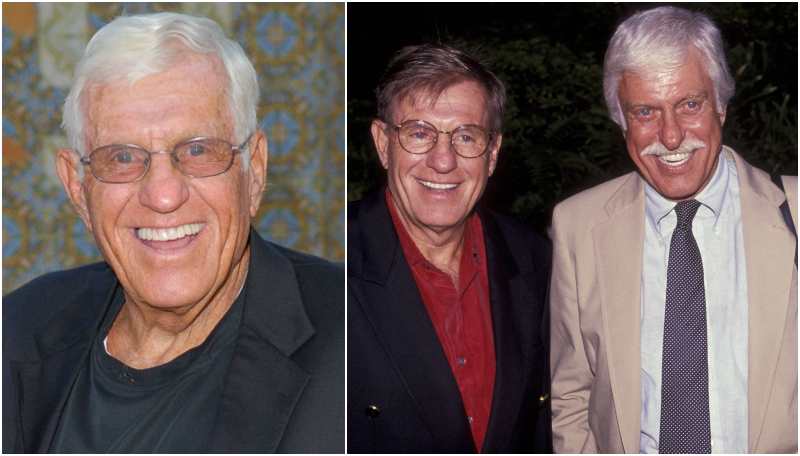 He is the second Van Dyke brother and like his brother, he was also in the movie industry but he was not just an actor, Jerry was a musician and comedian. As a high school student, McCord was already pursuing his career in stand-up comedy until he joined the United States Air Force. He made his television debut on his brother’s show, The Dick Van Dyke Show and starred in poorly received sitcoms then eventually decided to return to stand-up comedy in the 1970s.

The Coach (1989 – 1997) actor was first married to Carol Johnson in 1957 until their 1974 divorce. He stayed unmarried for about three years and until the time of his death, the younger Van Dyke was married to his 1977 bride, Shirley Ann Jones. From his first marriage, he became a father to three children; Jerri Lynn, Ronald and adult film performer Kelly Jean Van Dyke (June 5, 1958 – November 17, 1991).

In 2016, Jerry was involved in a car accident and his health kept declining as months went by. In January 2018, the younger Van Dyke died at his Arkansas ranch of heart failure.

She is known basically as the first wife of Dick Van Dyke and as the mother of his four grown-up kids. Willett and Van Dyke had known each other for years growing up in Danville. They were too broke to fund their wedding but a radio producer offered to pick up the tab and even sponsor their honeymoon if they agreed to get married on his show. This was the opportunity of a lifetime so the lovebirds took it and were married in 1948 on the radio show Bride and Groom. 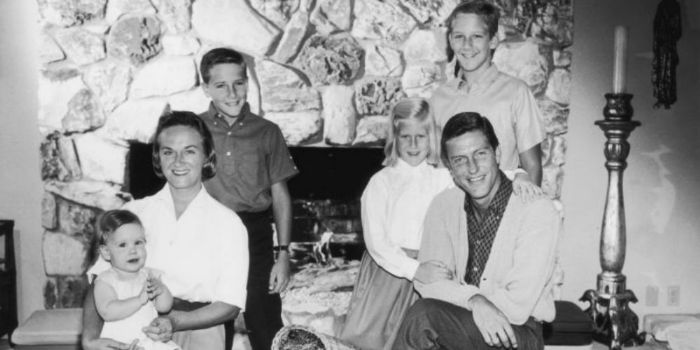 Dick, Margie and their 4 kids

Margie unlike her husband was no fan of Hollywood. She was earthy, eschewed makeup and was always shunted aside at showbiz events by people wanting to chat with Dick. The Mary Poppins (1964) star was married to Margie for years but all along, the problems in their relationship kept drifting them apart. They were parents to four children already but Dick had problems with alcohol and met another woman along the way. He got so interested in this new lady that he left his home to be with her but did not finalize his divorce with Willett until 1984 after a long separation. 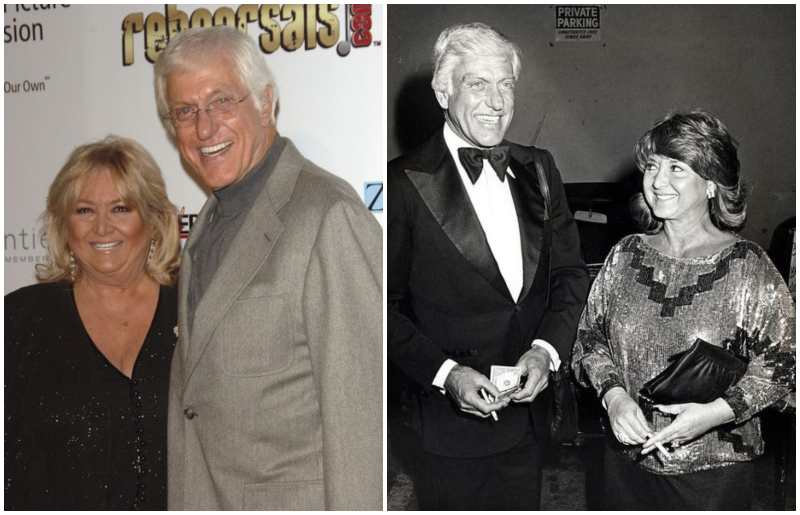 Even before his divorce with Willett was finalized, Van Dyke had been living with his long-time companion Michelle Triola. Michelle was a lounge singer and dancer whose film career consisted majorly of minor roles. They started their relationship in 1976 and both lovers stayed together unmarried for over three decades. Van Dyke says he talked about the idea of marriage between them but he was never able to get her to put a date in her diary until she passed on in 2009 from lung cancer. 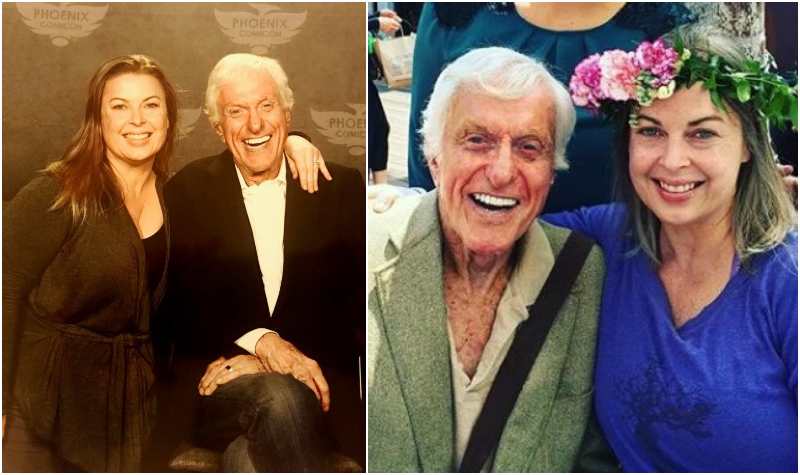 Duration of Marriage: February 29, 2012 till present

The Hollywood genius was 86 when he wed his 40-year old make-up artist. The lovebirds got married on the 2012’s Leap Day in a small ceremony at a Malibu chapel near the actor’s home. According to his publicist Bob Palmer, the veteran actor and Silver have a lot in common including love for singing and Palmer also noted that he had never seen the actor happier than he is with Arlene.

Van Dyke says he met Arlene at a Screen Actors Guild Awards dinner about six years before they were married, she became his make-up artist and he joked that she ultimately worked her way up to becoming his wife. The four-time Emmy Award winner says he is not a loner and that he feels that he always has to be doing life with someone else and he was lucky enough to have found the perfect life partner. 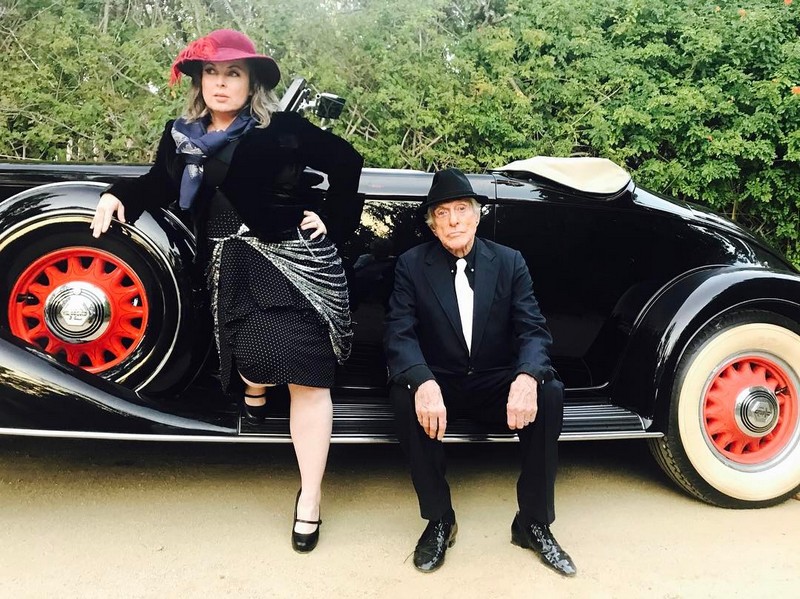 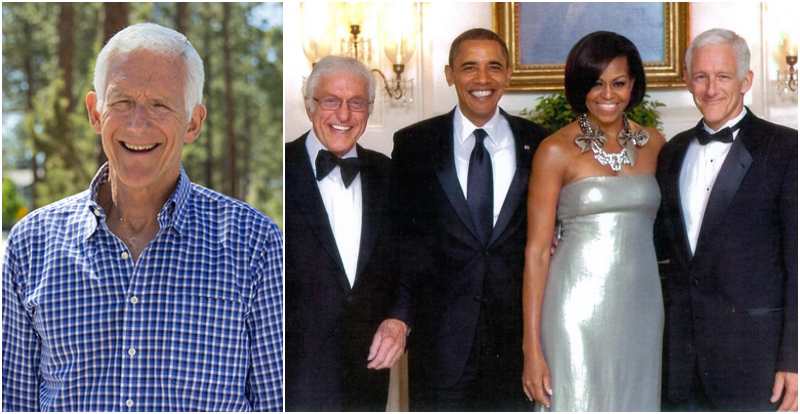 The Arizona State University Law School Graduate is just the smaller version of his father with the same prominent nose and easy smile. As a youngster, Chris attended about 12 elementary schools up and down the East Coast, the South and the Midwest before settling in southern California when his father hit it big time with The Dick Van Dyke Show.

Christian is the first son to the star actor and he has been married to Caroline A. Heller. They become parents to a daughter, Jessica who died at 13 from Reye’s Syndrome. In the 1980s, Chris was a district attorney for Marion County, Oregon. He is now a partner in Songlines Communications 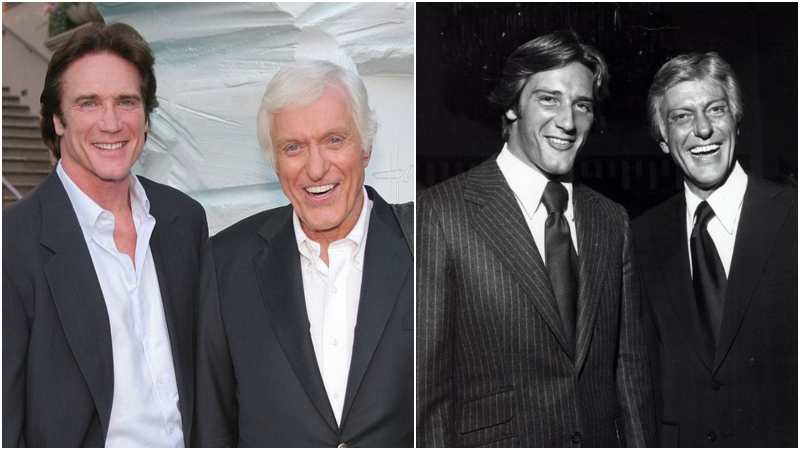 All of the legendary Dick’s children gave a shot at acting but just one of them made it his fulltime job. Barry can be said to be the only Van Dyke child that is an actor by profession today. Barry is best known to audiences as Mark Sloan’s (played by his father) fictional son and police officer partner, Lieutenant Detective Steve Sloan in the medical/crime drama series Diagnosis: Murder (1993 – 2001). In the same show, fictional relatives were played by the real-life ones so it suffices to say the long-running crime series indeed became a family affair. Barry married Mary Carey Van Dyke and they are parents to four children. 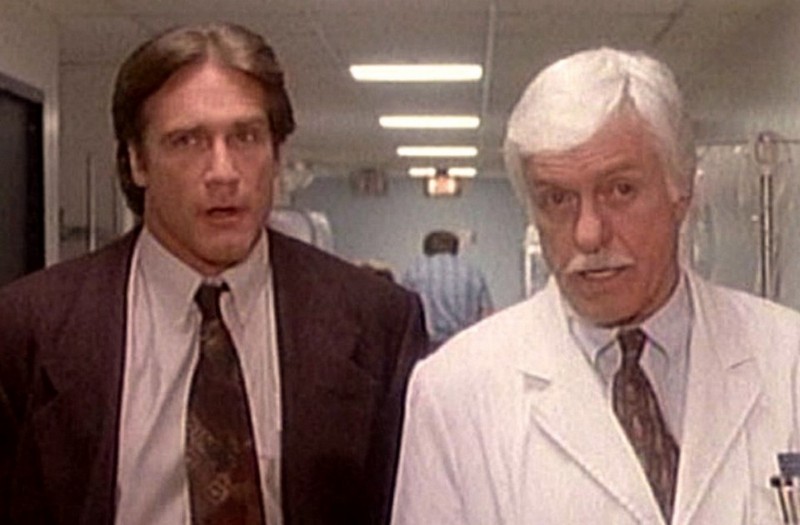 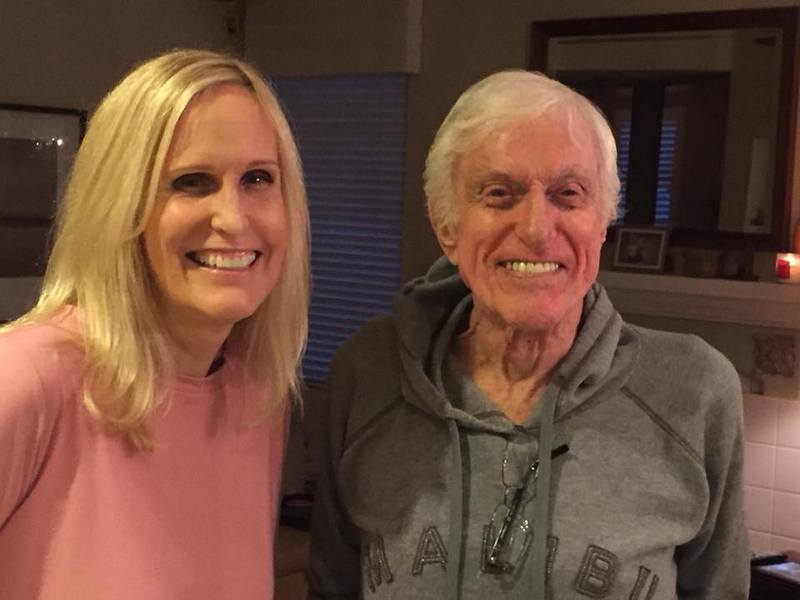 She is known for The New Dick Van Dyke Show (1971) and since 1983 has been married to fellow actor Kevin McNally. 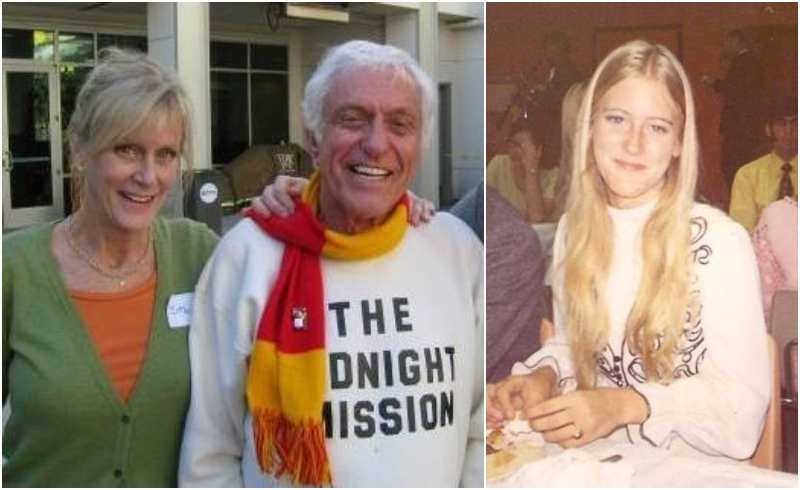 She was the second daughter to the Dick Tracy (1990) actor.

The Bye Bye Birdie (1963) actor is both a grandfather and great grandfather to a number of children but here is a list of his grandkids; 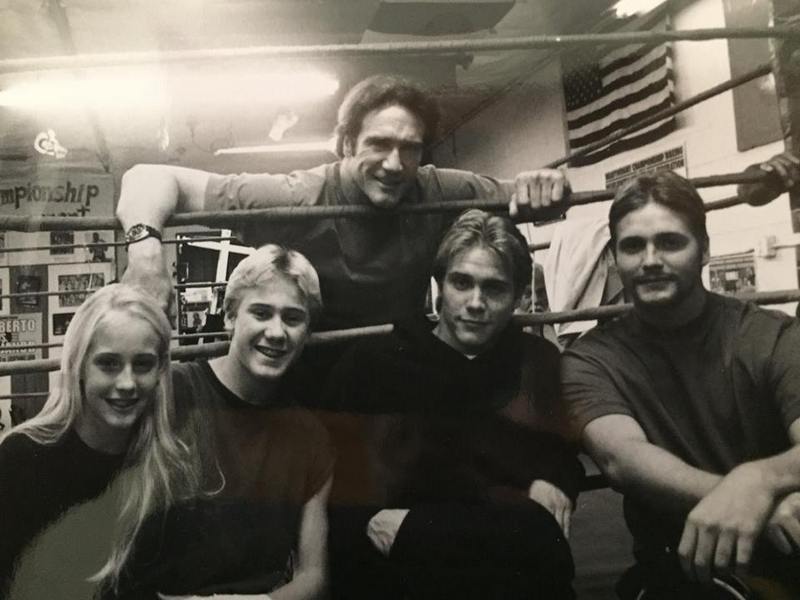 Barry Van Dyke with his 4 kids

From Carrie and her husband Kevin McNally: Tyler McNally and Kristen McNally Mullin. 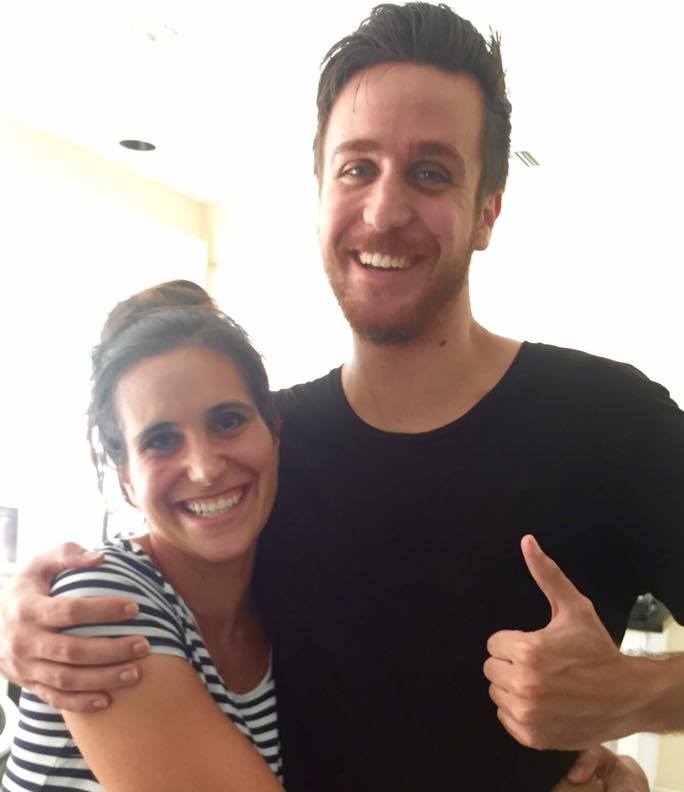