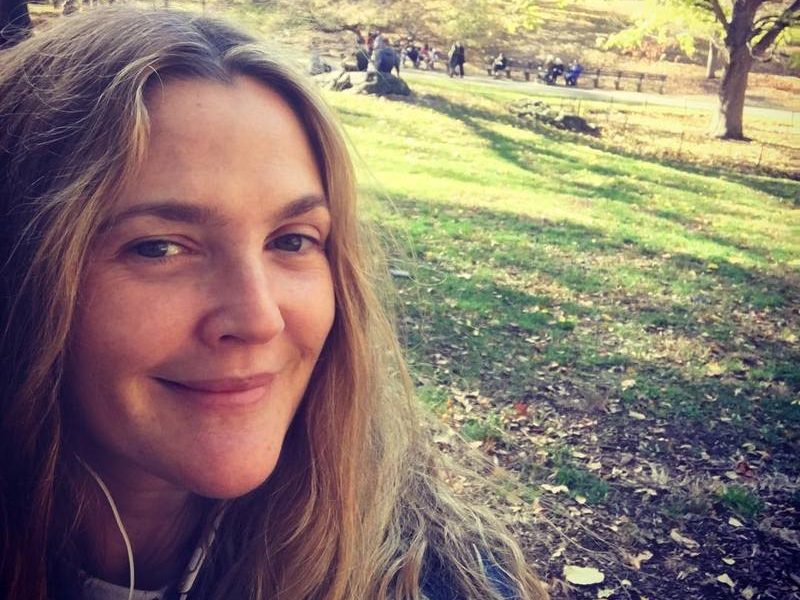 Drew Blythe Barrymore is a survivor indeed! She has worked her way from a turbulent childhood to becoming one of Hollywood’s foremost actresses. She has appeared in a string of successful films and one would never think such a beauty has been through a tough childhood, drug addiction, several failed rehabilitations and an eventual loss of self worth.

She has a beaming ambience and a huge fan base. We would however be looking into the long list of lucky men to have been involved with Drew. She has been through three failed marriages and a huge number of short-lasting relationships. Barrymore is now a mother who places her kids and career as priority. Read on to see this long list of men and her two lovely daughters. Is she currently single or in a relationship? Keep reading to find out!

You may also like: Parents and siblings of famous Drew Barrymore 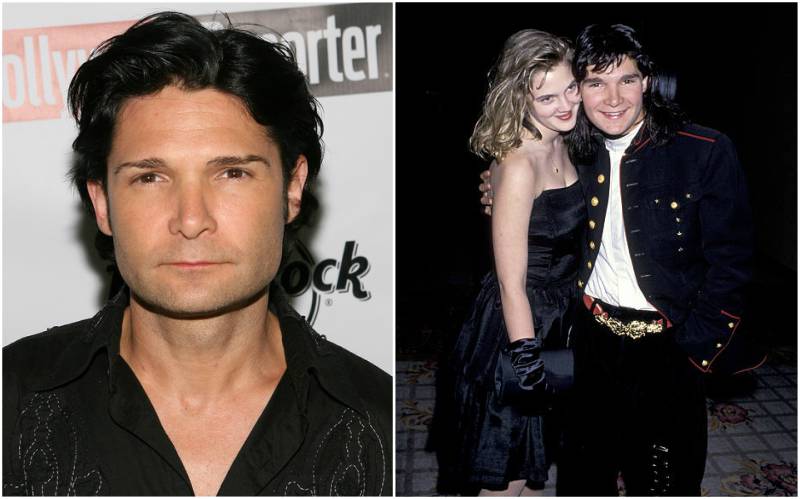 Drew and Corey got together when her career was at an all-time high in the ‘90’s but they did not last for more than a year together. Feldman is the teen movie star known for his role in Friday the 13th: The Final Chapter (1984). 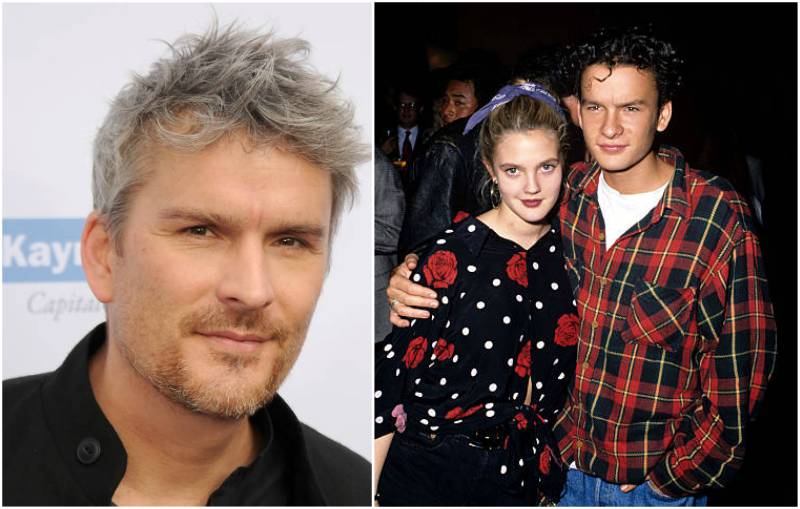 She was still a teenager when she moved on to her nest lover and their love lasted for barely a year. Balthazar is also an actor and is married with four children. 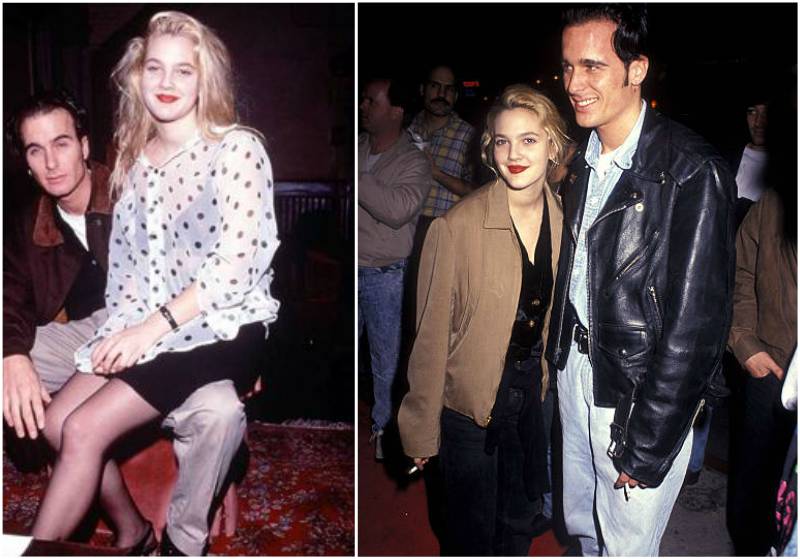 In 1991, the Firestarter (1984) actress moved on with grandson of Hollywood producer Hayward. They were seriously dating and even got engaged that same year. They sadly called off their engagement before making it down the aisle. In late 1991, Barrymore was reportedly linked with fellow actor David Arquette. 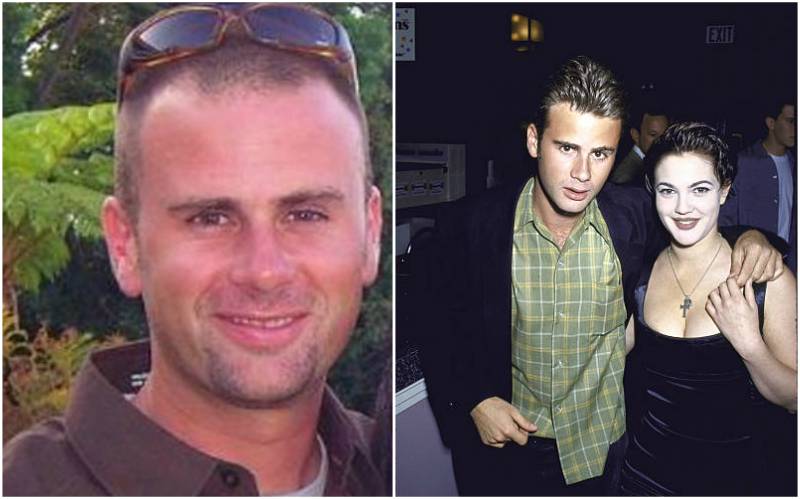 The next lover on her list was Jamie Walters but they did not make it for over a year. Walters is an actor, singer, record producer and fire-fighter. He eventually got married to Patty Walters and became a father to three daughters and had a son from a previous relationship. 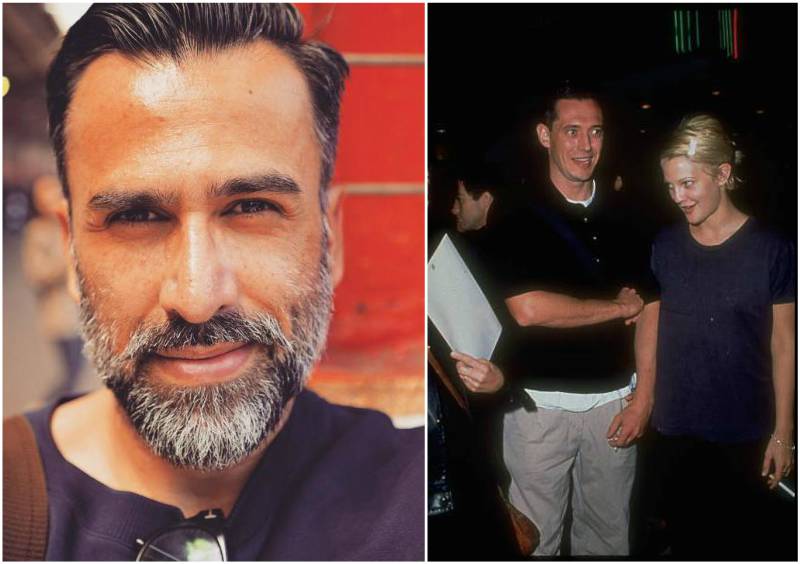 For Drew’s first marriage, she tied the knot with Welsh bartender turned Lo9s Angeles bar owner Jeremy Thomas. They had dated for six weeks prior to their wedding and less than two months after tying the knot, they were divorced. 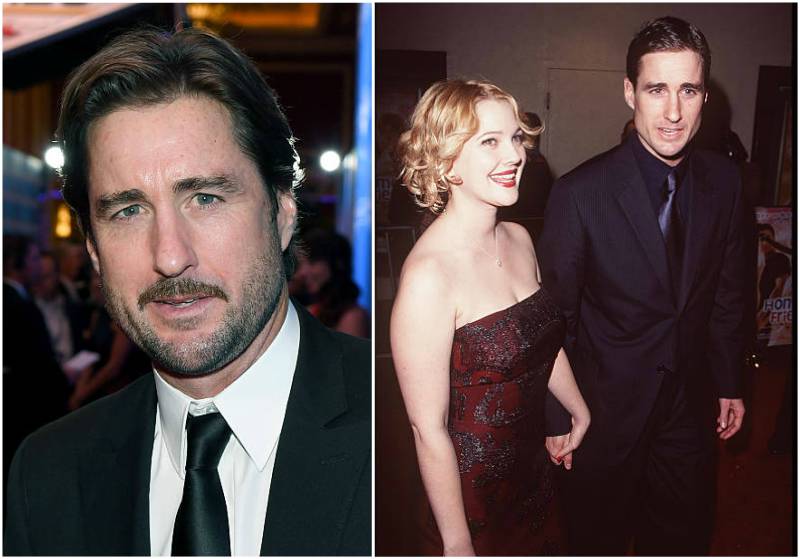 He was the next long term relationship for the gifted actress. They were co-stars in the 1998 film ‘Home Fries’ and never got married all through their relationship. 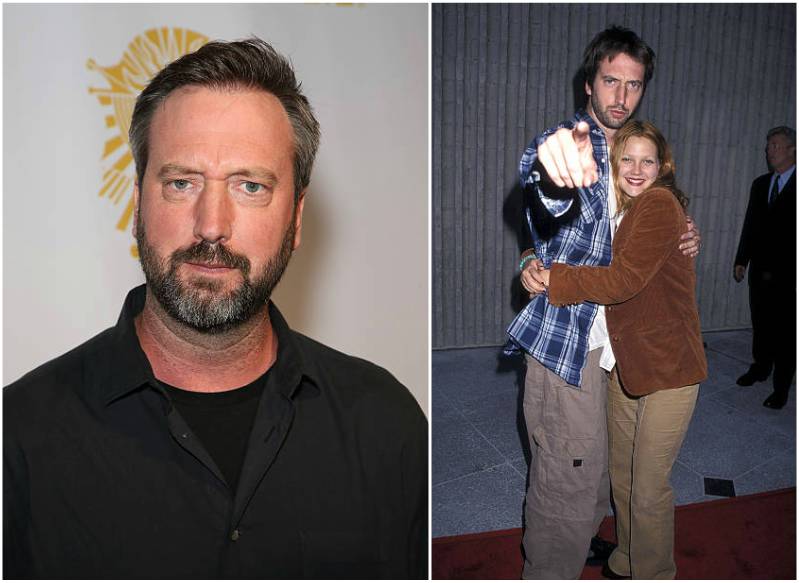 In July 2001, Barrymore married funnyman Tom Green but after some months, he filed for a divorce. The MTV Comedian says he really loved Drew but was sad that their marriage could not work out. The Canadian Tom found mainstream prominence for his unique style of comic delivery on his show. 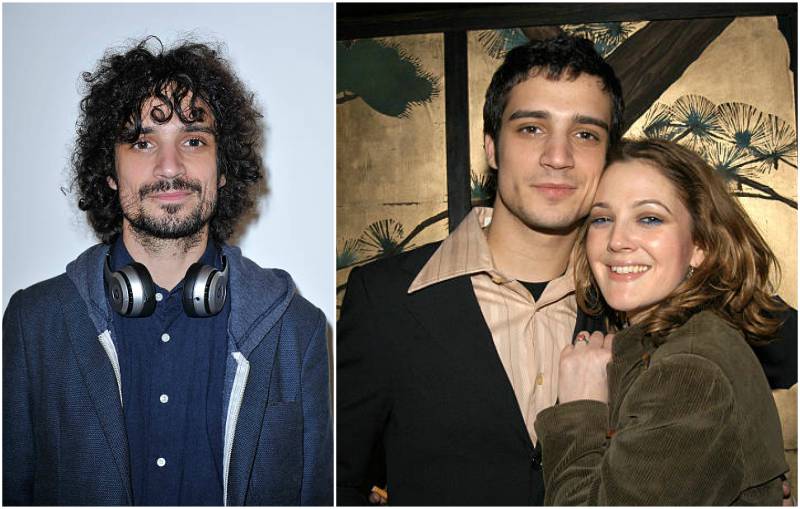 From her relationship history, we see that the longest she ever was with any man was like two to three years. This was different when she met the Strokes band drummer whom she dated for five years before things turned sour. The Italian Brazilian musician is  also popular for his indie rock band. 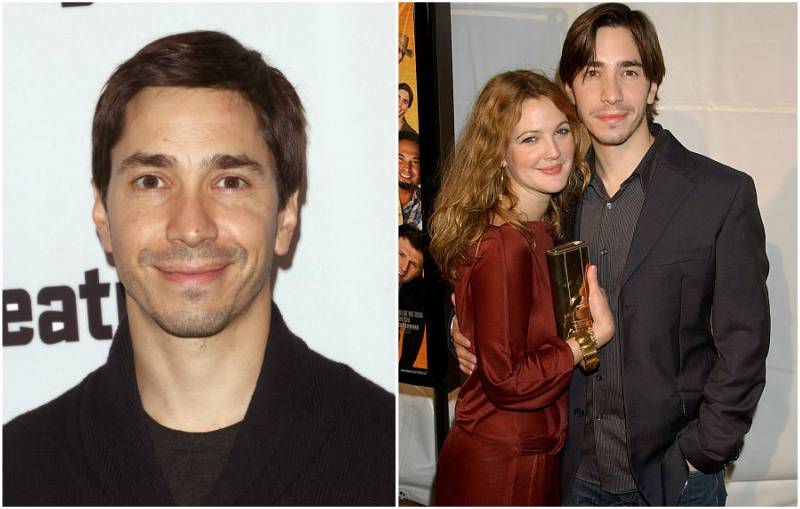 Fellow actor Justin and Drew dated for a bit then split in July 2008 only for them to come back together the next year. In 2010, the lovers starred as an on screen couple in ‘Going the Distance’ but split for good that same year. 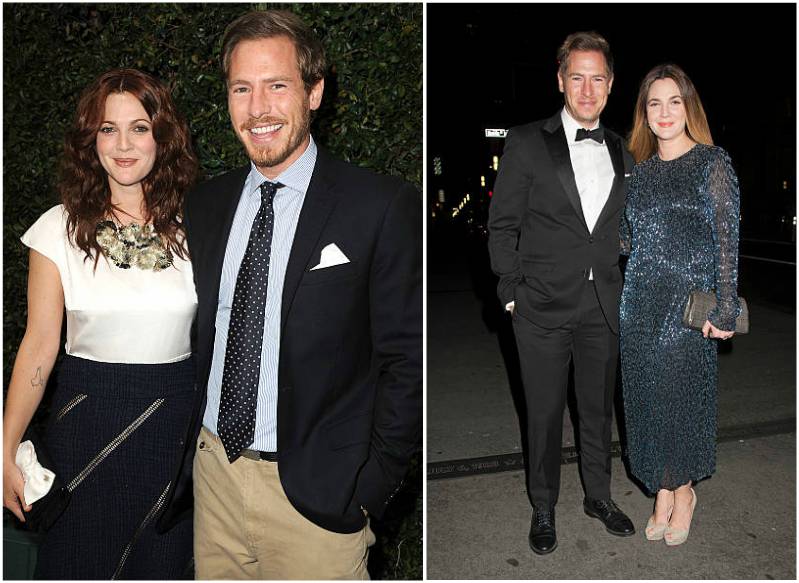 The same 2010, the Hollywood star started going out with Will Kopelman. They got married in 202 and he finally made her a mother after a long list of previous relationships. After four years of being married, their bliss came crashing as both parents filed for a divorce. This period was like the worst nightmare of Drew’s life because she wanted to raise her kids in the ultra-traditional way with a stable family.

Drew was so hippie-dippy and all over the place and this did not sit well with her conservative husband. They tried to work things out but it did not just work out between her and her husband but they have decided to still be co-parents despite their failed relationship. 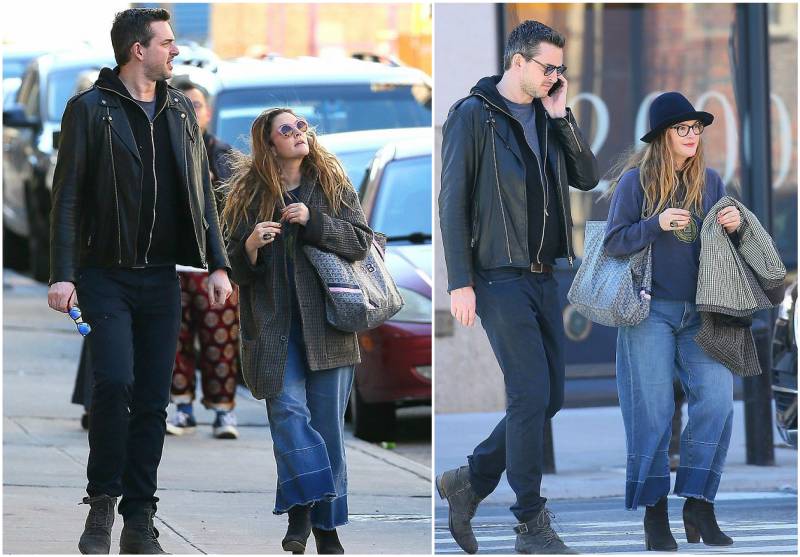 Duration of Relationship: 2017 till present

Nearly a year after her divorce from Will, Drew started another relationship. This time it is to businessman David Hutchinson, the senior Vice President of Maesa, the company that makes Barrymore’s Flower Beauty products. This is her first relationship after splitting from her marriage of four years. Let’s hope this one would last happily. 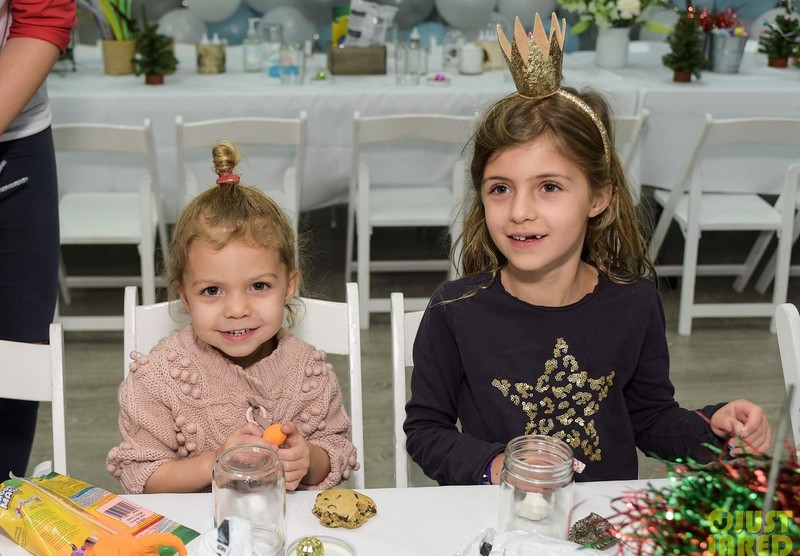 The Never Been Kissed (1999) actress had her first child with her third husband Kopelman. She is a frequent face at events with her celebrity mom and is growing a healthy child. 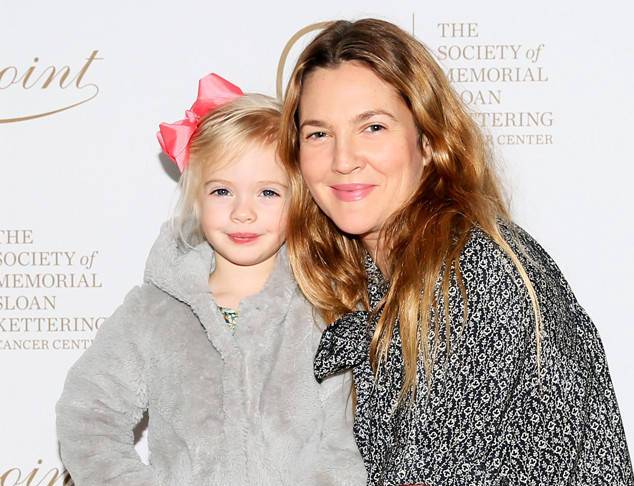 Drew’s latest divorce was fortunately a peaceful one. They were both present at the hearing and the filing was uncontested. Also there were no custody disputes and they remain on good terms for the sake of their daughters. Frankie and her sister share their time between both parents and are definitely recipients of so much love. The youngest Barrymore daughter is unarguably her mother’s splitting image! 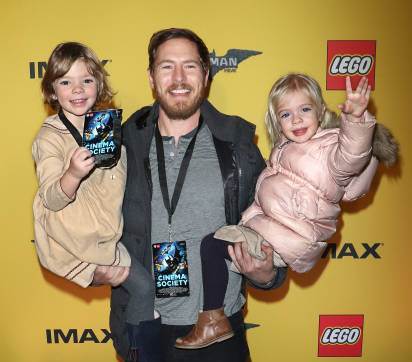 Will Kopelman with daughters

All about Eva Herzigova, the Czech star known famously for her Wonderbra ad
Thelma & Louise actress Geena Davis and her family