Welcome to the off-screen world of the legendary Dustin Hoffman 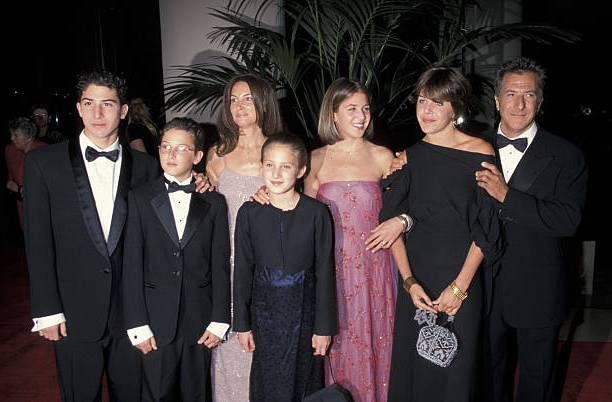 Welcome to the off-screen world of the legendary Dustin Hoffman

For over five decades now, Dustin Hoffman has consistently been regarded as one of the leading film actors. He has won two Oscars to prove this title and today is a director since the movie Quartet (2012). The unconventional-looking actor had a hard time getting roles in an industry primarily looking for pretty faces. Slowly but surely, he worked odd jobs, took on bit roles and his persistence was finally recognized. He landed the lead role for The Graduate (1967), a movie that both changed Hoffman’s crawling career and the landscape of American cinema.

Music was his first career choice. He became quite a young pro at playing the piano but in college, he caught the acting bug and decided was not for him. The Rain Man (1988) star currently has one of the longest marriages in Hollywood even though he had to pay for this with a divorce. The veteran actor is father to six grown-up kids who are fearlessly walking their own road to success and fulfilment. Read on to know more about his most treasured off-screen relationships. 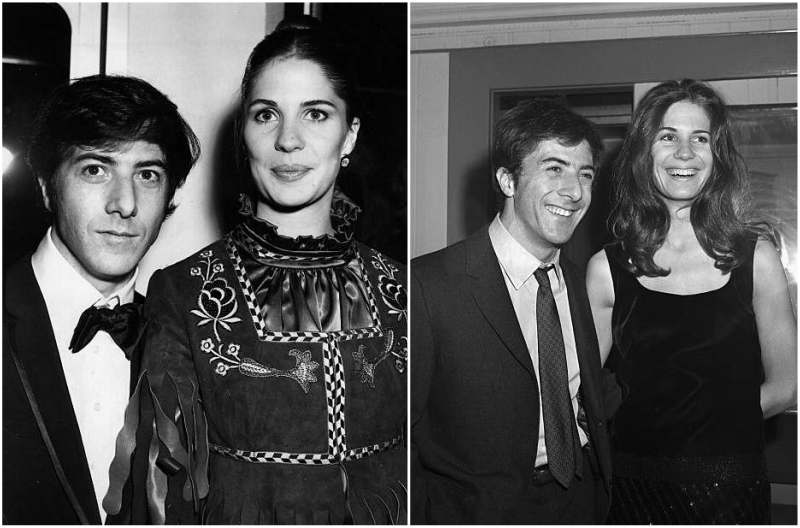 Unlike her critically acclaimed ex-husband, Anne has only appeared in small movie roles. In 1980, Byrne and Hoffman divorced after ten years of marriage and in that same year, each of them remarried. Hoffman got married to Lisa Jo Gottsegen and Byrne to Ivan Kronenfeld. 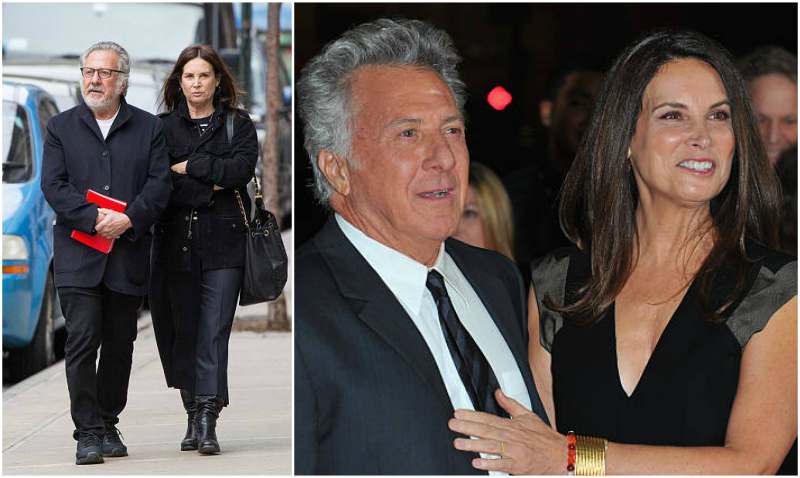 Businesswoman Lisa (nee Gottsegen) has had the best of two worlds. She has on one side a happy marriage of three decades plus and on the other side is the CEO of her own skincare company. By profession, Lisa Jo is a lawyer and is now a mother and grandmother. Dustin got married to Lisa after the divorce from his first wife Anne and life could not have been better than it is with her.

It would interest you to know that Lisa and Dusti have known each other all their lives. Dustin and the slender and publicity-shy female were born and raised in Los Angeles. Hoffman’s mother was friends with Lisa’s grandma; they even lived in same block. Lisa must have fallen in love with Hoffman in utero while he played the piano at her parents’ wedding (her mum was pregnant with her at the time). They finally met in person at a family barbecue when she was 10 and Hoffman 27. 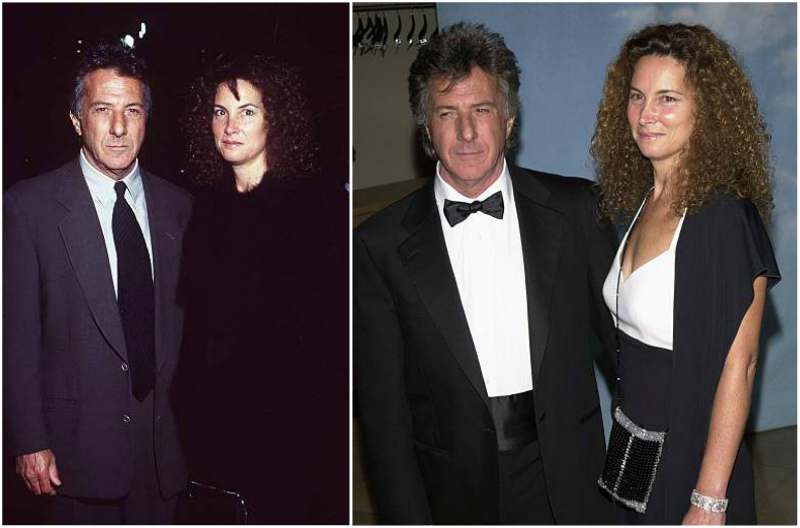 Their relationship started off as typical childhood friends who thought they were never meant to be more than friends as they had something very good going on. Every time Hoffman visited home, he saw Lisa and that was how it was for a long time. After Lisa’s grandfather died, Hoffman came as a good friend to pay his condolences and that was when the built-up chemistry was lit. 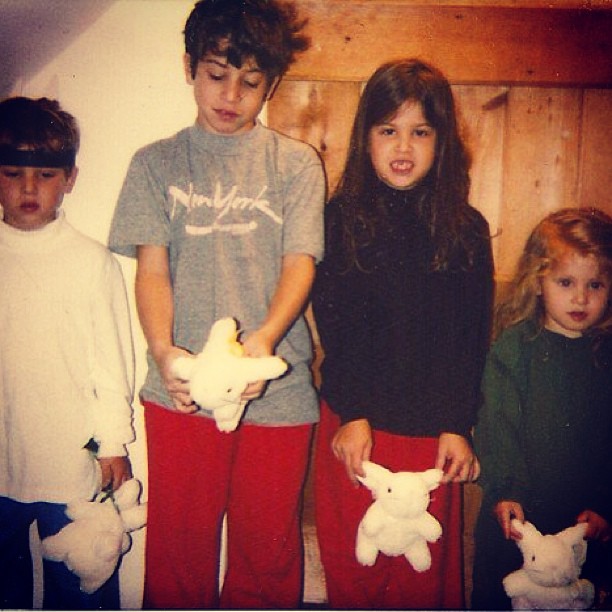 They got married in 1980 and have four kids together asides his previous children with Anne Byrne. We believe their relationship was meant to be from day one. The beauty executive admits that being a part of ‘Dustin Hoffman’s world’ was initially daunting but she has coped with her husband’s fame by maintaining a respectable distance from the limelight. Spending time with her family has kept her grounded. 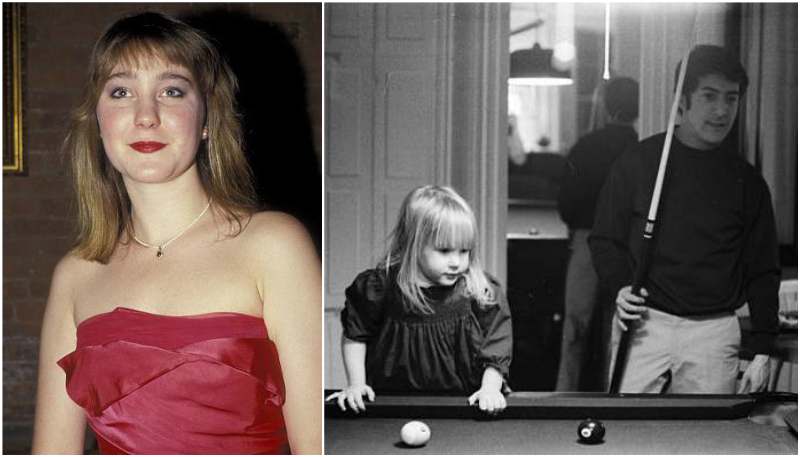 Karina became Hoffman’s adopted daughter after he married Anne Byrne. She is Anne’s daughter from a previous marriage. 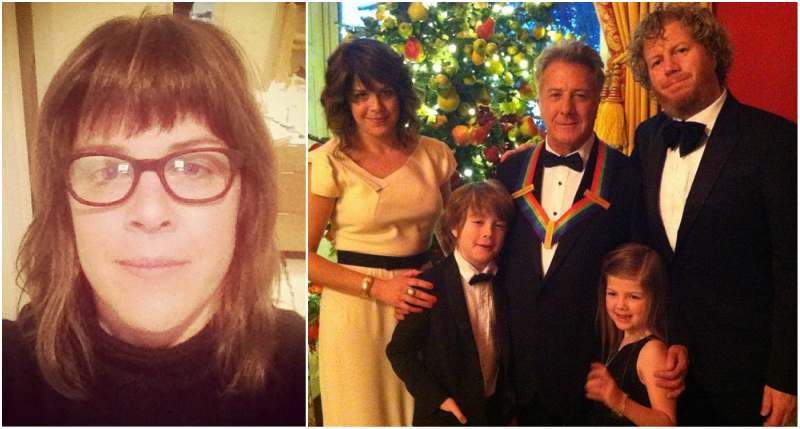 She is Hoffman’s first biological child and the only child he had with Anne Byrne (with the exception of his adopted daughter Karina). Jennifer Celia Hoffman (her birth name) is also known for her work as an actress in Echoes of Anna (2013) and Braxton (2015) and some other highly rated movies. Byrne was first married to Jason Cottle then on August 7, 2004 tied the knot with her beau Seamus Culligan and are both parents to two kids. 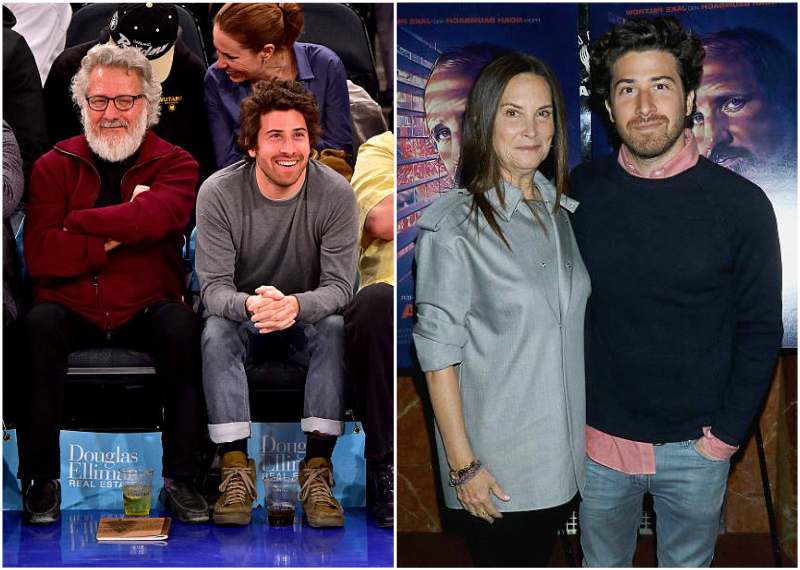 Jake Hoffman is the first child Lisa Hoffman had with her childhood sweetheart turned husband. At the time when he was born, Jo Hoffman had just taken the bar exam. Unfortunately, Jacob was born prematurely and critically ill so he needed his mum’s time and care. Mothering became Lisa’s focus because she had to help her poor baby survive poorly formed lungs.

His first appearance on screen was when he was seven and casted as an extra on his father’s classic film ‘Rain Man’. From then, Jake has been a part of several other works and is today a director like his father. His feature film directional debut was Asthma in 2014 but has casted alongside his legendary father in a couple of films. 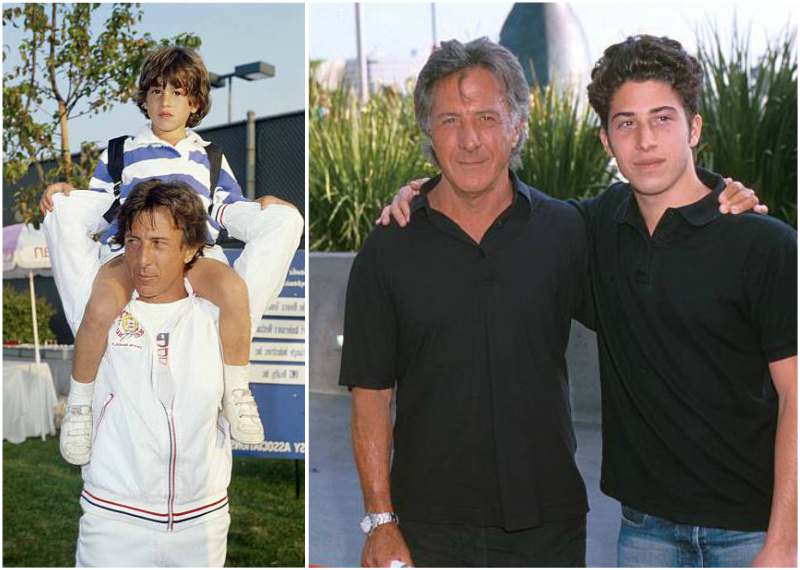 There was little doubt as to whether Jake would be in the industry or not as he was present with his dad on stage while his fellow first graders were learning maths and playing games. Born as a Hoffman has its benefits but his career stance is not part of it because Jake says he has had to work hard to get to where he is today. He is close to his parents and they both have been great influences on the fighter’s life. 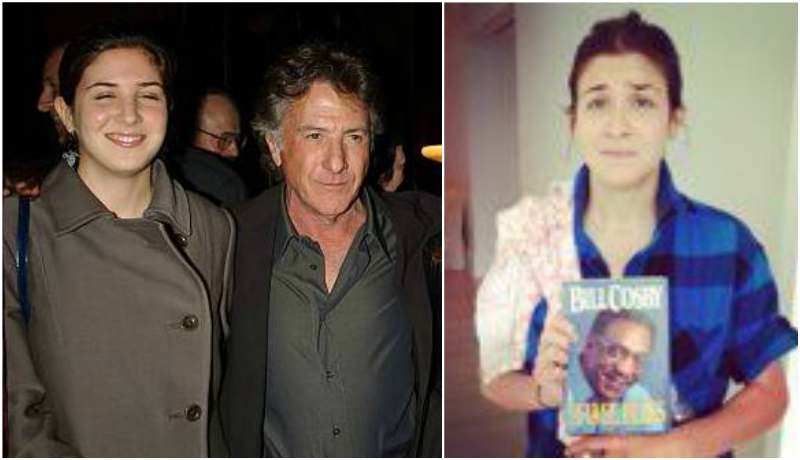 Rebecca is also an actress known for her work on The Hook (1991). Asides the fact that she is in the movie industry and a heir to the Hoffman fame, there is not so much to tell about her because at the core of their family values, privacy is highly esteemed. 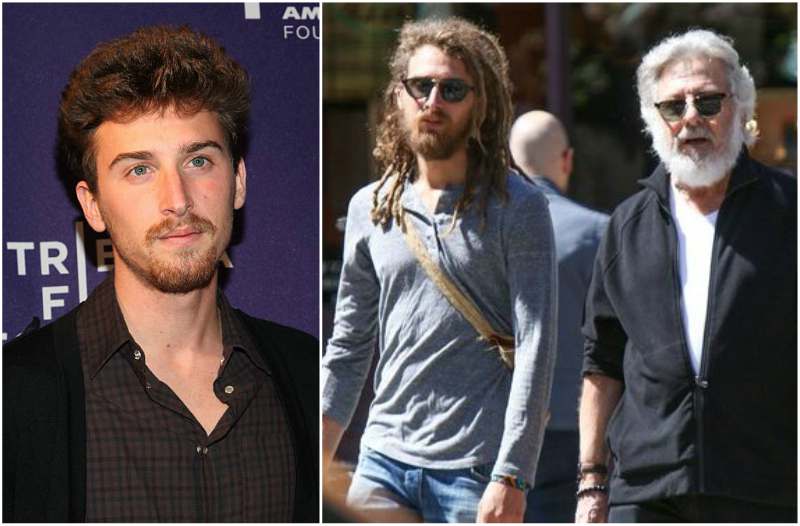 Max has been said to be the splitting image of his renowned father. we cannot categorically say that Hoffman passed on his acting skills to his kids but one thing for sure is that they all caught the acting bug whether they are as talented or not. 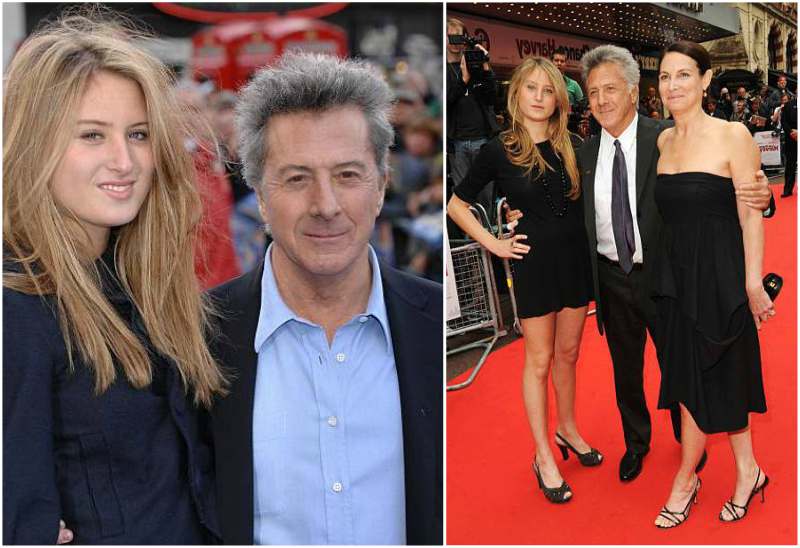 Ali is the last child to the iconic Hoffman and like the rest of her siblings, she is an actress. Alexandra once dated fellow actor Jonah Hill.

For a long time, Lisa had to put her career on hold because family was important to both her and her husband. Finally in 2007 when her kids were grown enough, Hoffman started a line of beauty products after a long hiatus from the corporate world. 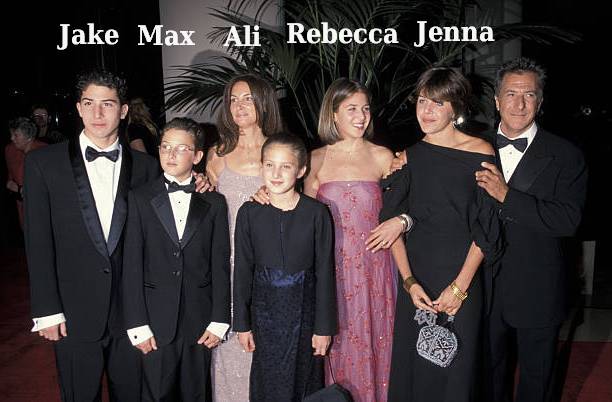