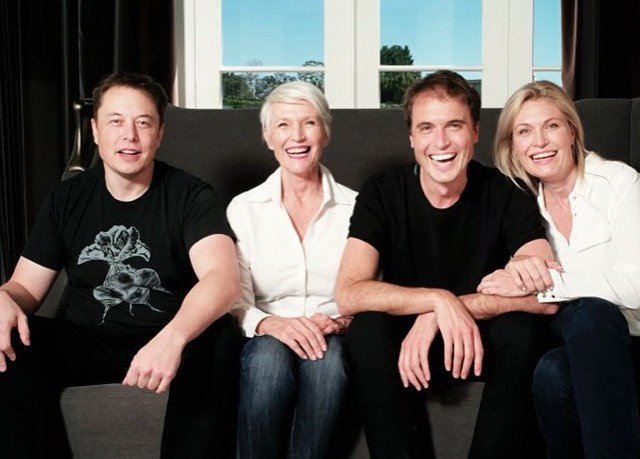 Musk was always in one quest or the other as a child and this drive translated into his massive success today. He coded his first computer game at the young age of 12 and it was unsurprisingly a space themed quest. The Tesla C.E.O. is arguably the most famous investor-entrepreneur of his generation. The dream to go to space has always been since he was a kid and till date, he still looks forward to this dream.

Elon Reeve may be the most famous of the Musk clan, thanks to his mad-scientist ways and the crazy buzz surrounding the companies he’s dreamed up, but each of his family members (including his cousins) are individual successes. The Musk home was one with so much freedom and he developed an adventurous spirit as a child but it was a rule in his house that no one was ever allowed to quit. Once they have enough interest to start anything, it was literally mandatory for them to see it till the end.

Elon was particularly one tough cookie; he was the eldest son and the most daring. Everywhere you turn, there are details about Elon’s successes but we’ll be taking you into the journey of his private life. Starting from his parents and his siblings to his love relationships and five sons; brace up for an exciting read! 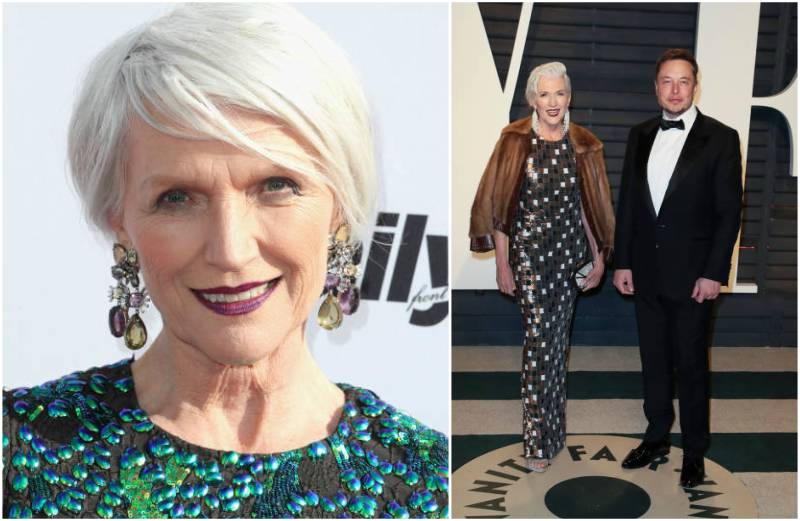 Maye like her husband has South African roots and is a successful dietician. Many mothers of successful kids are popular because of their children but it’s different with this model – she is star in her own right! She has been in the modelling industry for over five decades and has been a frequent face on top magazines like Time.

She was a twin and was born into a very adventurous family. Her parents were always moving from one city to the other and in 1950, they moved to Pretoria, South Africa. It was there Haldeman (her maiden name) married Errol whom she met in high school. They got married in 1970 and in less than a decade, had three kids and divorced.

The glamorous silver-haired model had the support of her twin sister Kaye Rive and their kids were literally raised together. They all continued to live in Africa until Elon decided to move to Canada after graduating from high school. Maye moved along with her son and that was the start of her journey to North American fame. 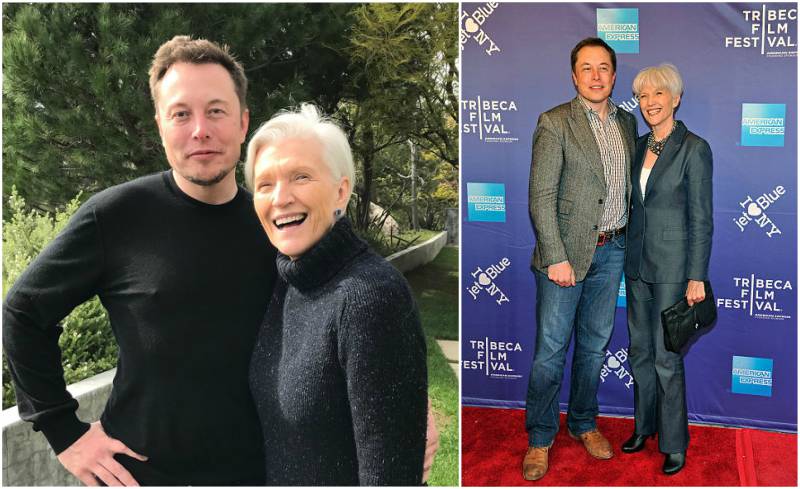 Maye was then faced with the responsibility of raising her kids on her own as a single mum. She worked hard and her kids saw firsthand from her that the harder you work, the luckier you get. The slender beauty continued modelling in Canada and on the side lectured with her University degree in nutritional sciences. She is still referred to as an “It girl” at almost seven decades old. 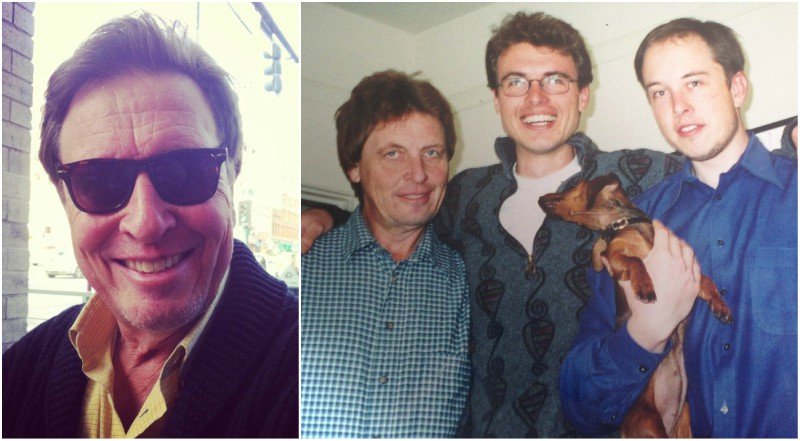 The South African Errol is the father to this innovative entrepreneur. After the divorce from Maye in 1979, Elon and his brother stayed with him for a while until after high school. Errol was a pilot, sailor and engineer and was also the adventurous father who travelled the world with his kids. He noticed quite early that his first son was the introvert thinker; he always asked deep questions that pointed to the root of things and that was how Errol realised his baby boy was different.

As adventurous as Errol was, he was a strict father. He was wealthy but did not want his kids to grow up spoiled so he was tough on them and was also the image of a hardworking world. After his kids left for Canada, he remained woman named Heide in South Africa. 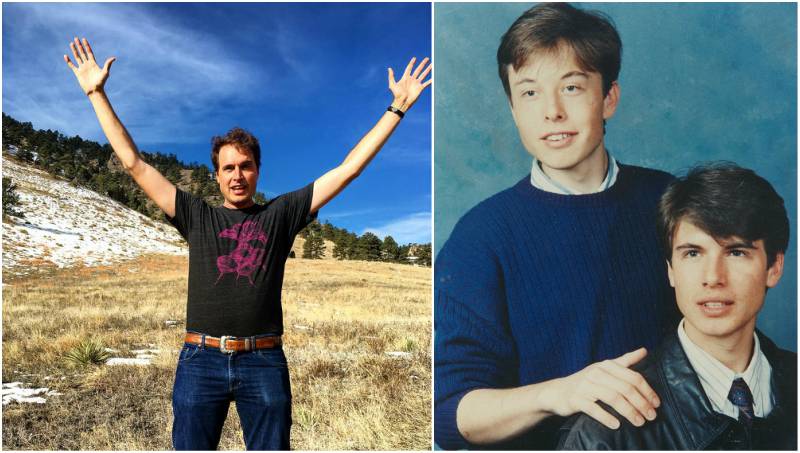 Maye’s work ethic made her children think that was how everyone was. They quickly became independent thinkers and were responsible early. The children were mostly alone in the home as their parents were busy working so they had all the time to get down to several mischiefs. Luckily for them, they had productive minds so each time they were together in a room, they were pondering on what next to come up with.

Kimbal was the perfect child growing up but his brother, the Paypal co-founder was the harder one. He is not only famous for being a Musk but for creating the Kitchen, a group of farm-to-table restaurants. They source food directly from local farmers and bring it to the table of many homes. At first, Kimbal wanted to go into the finance system but after a bank internship, he realized it was worse than he ever imagined. He then went to culinary school and became the food businessman that he is today. 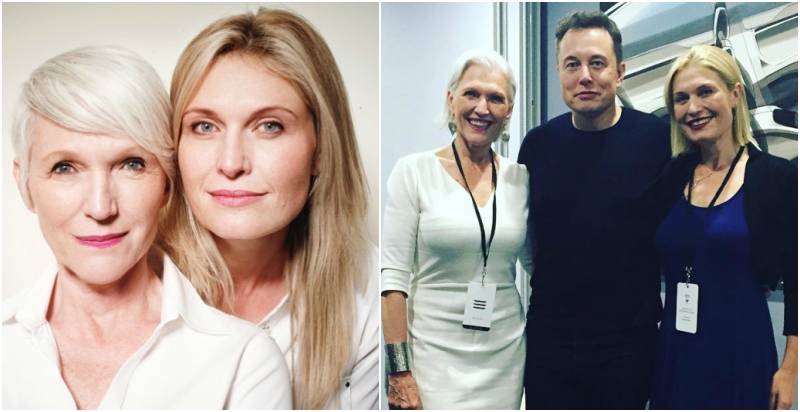 Tosca is an award winning filmmaker and is probably the only one in the Musk family without an innovation to her name. This does not mean that she less successful when compared to the rest of her family. She has her own film production studio in Los Angeles obviously funded by the wealthiest Musk. She is a mother of twins herself.

Alexandra Musk (half-sister from father side) 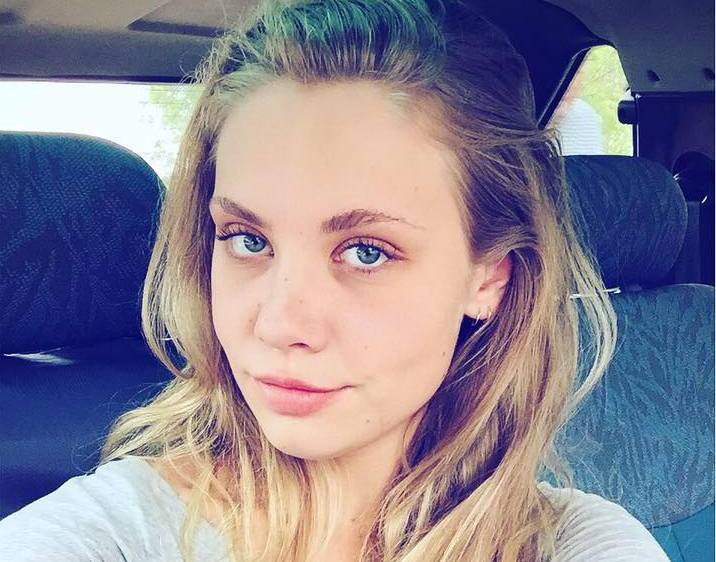 She studied Environmental science in University of Colorado Boulder, USA. 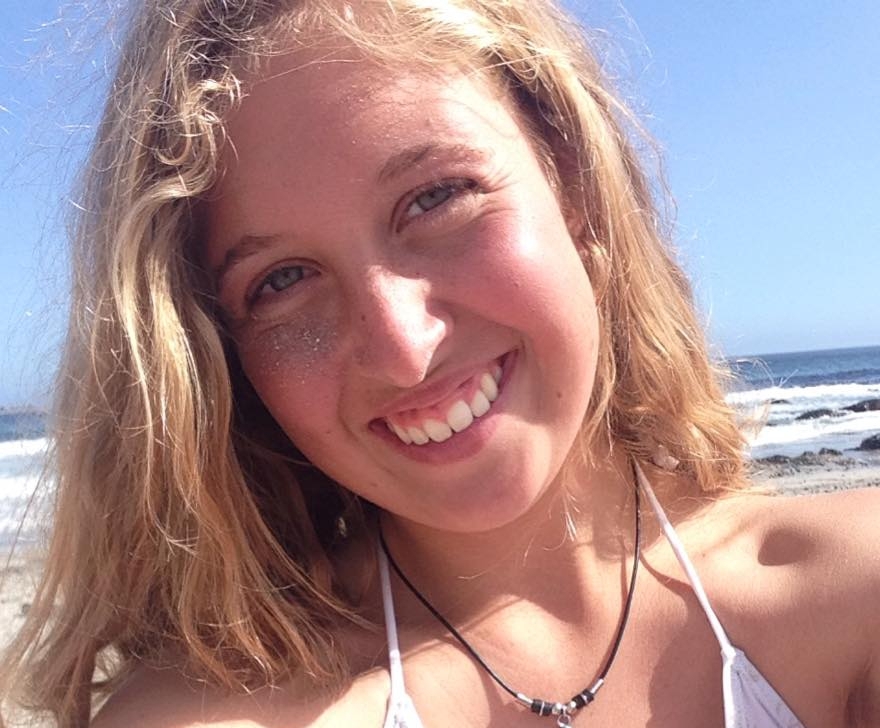 Nothing is known about Asha.

Name Unknown (half-brother from father side)

Errol has a baby with his ex-stepdaughter Jana Bezuidenhout. Divorcing after 18 years together with Jana’s mom Heide, Errol got romantically involved with Jana and a baby boy was born. 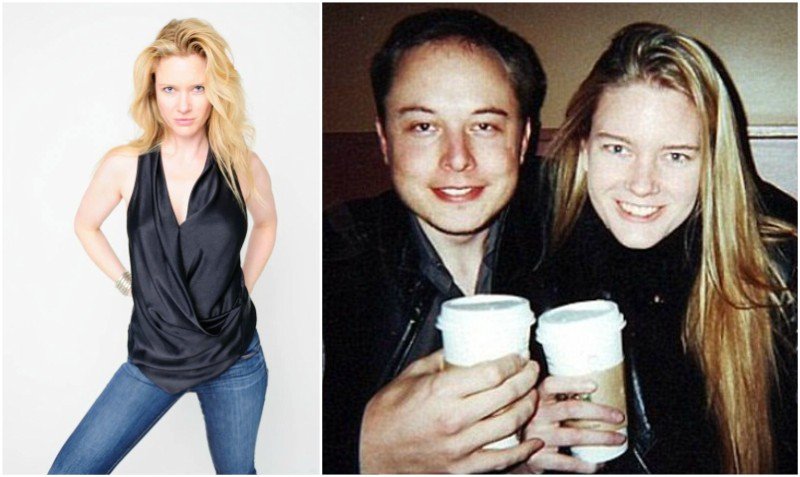 The SpaceX founder met Justine at Queen’s University and that was how their love journey began. They were married for six years and she was pregnant thrice for the audacious inventor. Her first birth was to one son, the next was a set of twins then triplets followed. Justine is a Canadian fantasy author and she remains on good terms with the father of her children. They share custody of their five kids. 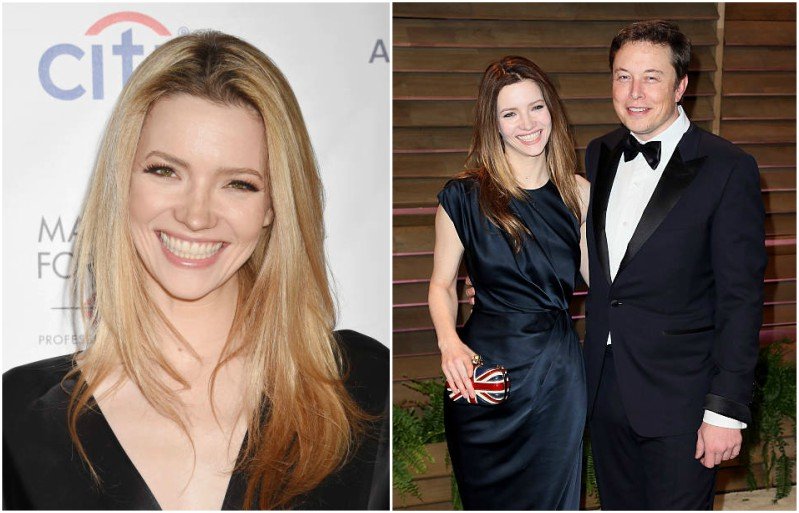 British actress Riley was the next to be hitched with the Silicon Valley Tycoon. They met in 2008 at a London club, Whisky Mist and Musk was immediately aroused by the sultry-eyed actress. They met up in Beverly Hills several weeks after their first meeting and the tech giant asked the virgin Talulah almost 20 years his junior to marry him. The period when they started their relationship was a tough one of the inventor. He was just recovering from his first divorce and was at a bad place financially. 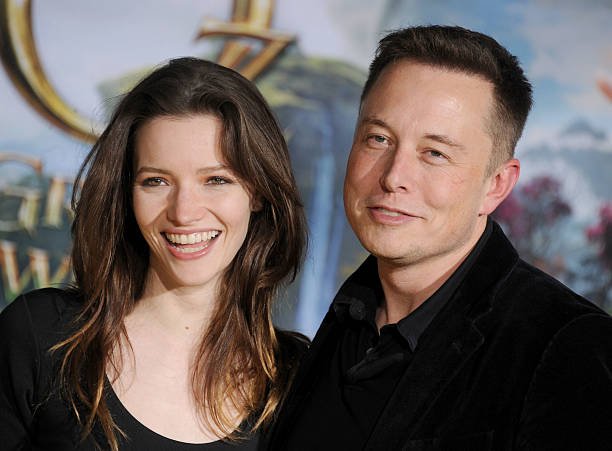 The actress felt like she had made the biggest mistake of her life when things were too tough with Elon and she decided to leave him in 2012. She returned a while later as there were no viable options and she stayed around long enough to be a part of his wealthy empire. Riley is the actress known for her role in Pride and Prejudice (2005). 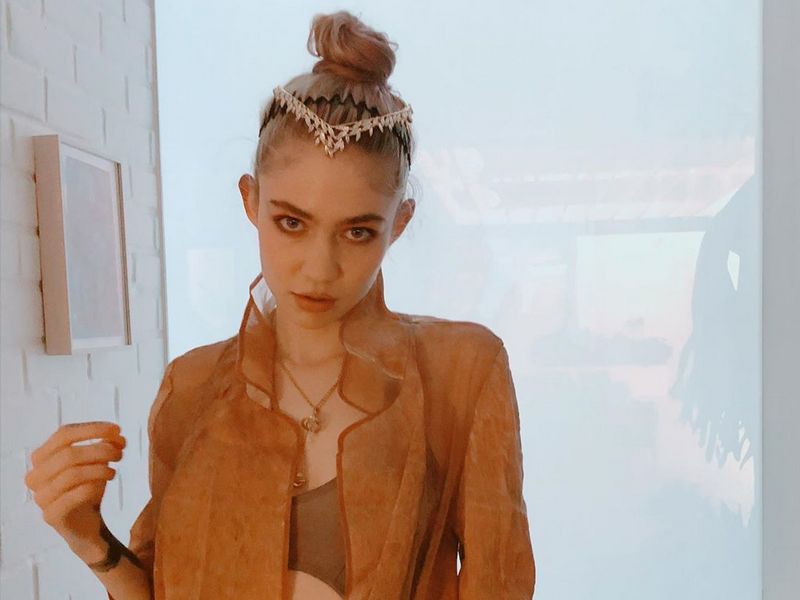 Duration of Relations: on and off since 2018 till present

Born Claire Elise Boucher, Grimes is a Canadian singer and artist. First the couple appeared together at the annual Met Gala 2018. Now the singer is pregnant and there are speculations that it is Elon’s child.

Nevada was the first son to the ‘trillionaire’ but he died of Sudden Infant Death Syndrome (SIDS) less than three months after his birth. 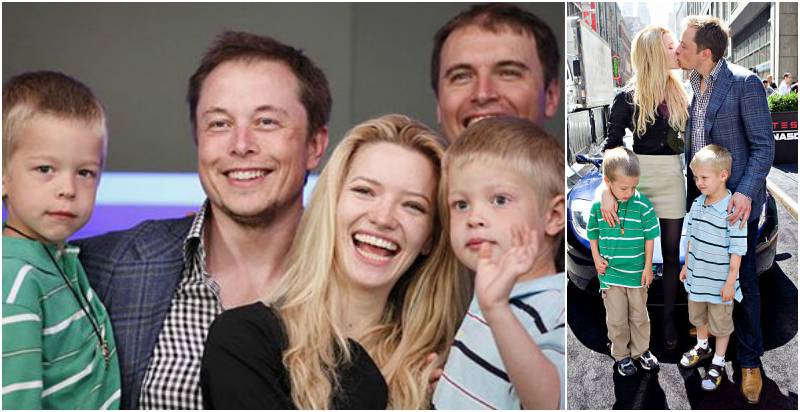 The twin boys were born through IVF two years after the death of their elder brother Nevada. Justine narrated that her first son went down for a nap, placed on his back as always and just suddenly stopped breathing. By the time paramedics could arrive, he had been deprived of oxygen for so long leaving him brain dead. Hurriedly, he was rushed to a hospital and was placed on life support but after three days, his parents decided to take him off it and let him go. 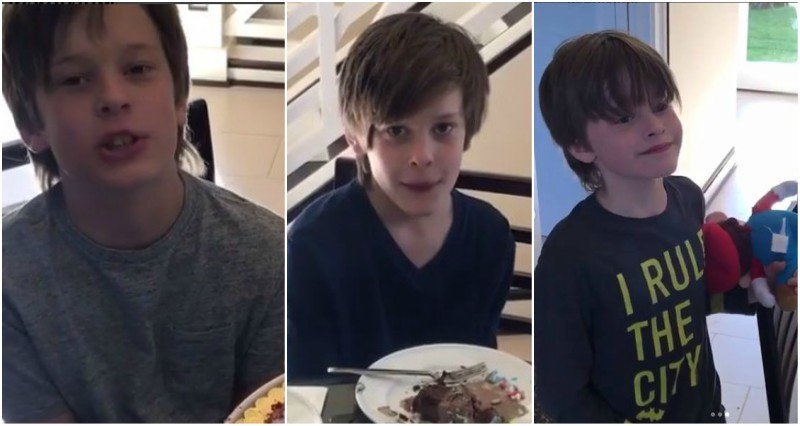 The Musk triplets are the youngest heirs to their father’s meteoric legacy and fortune. 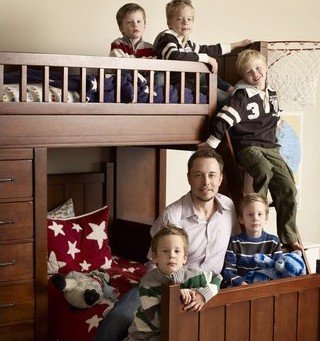 Elon and Grimes became a parents to a baby boy on Monday (May 4, 2020). Musk announced the birth using his Twitter. He also responded to question about the name, saying: “X Æ A-12 Musk.” Because of Californian laws the couple changed the name to X Æ A-Xii Musk.

She was welcomed via surrogate.

Shivon is a top executive at Elon’s company Neuralink. Noone new about their romance. Twins were born in Texas.

Some Curious Facts about Supermodel Adriana Lima’s Family
Elon Musk 10 children: from the oldest to the youngest