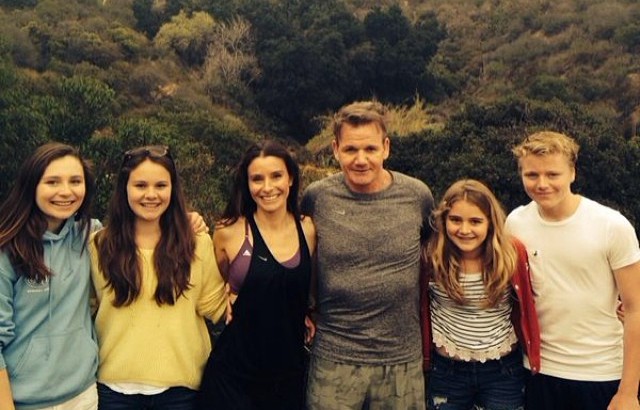 Gordon Ramsay is a TV Personality, celebrity chef, and author. In 1993, Ramsay started as head chef of the just opened Aubergine in London. Within three years of being the head chef at Aubergine, he earned the restaurant two Michelin star rating.

In the midst of all these achievements, Ramsay found love and soon got married in 1996 to Cateyana, his wife and mother of his five children. He established his own restaurant in 1998 with the financial support of his father-in-law. 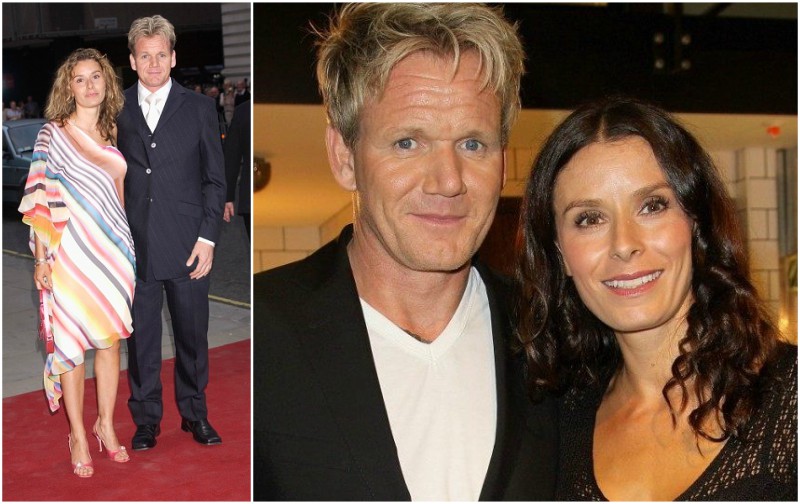 Don’t we all just admire Ramsay? I mean, how do you not marvel in awe of a celeb whose career takes him around the globe and still spends quality time with his family?

Truly, it is rare to find a man who is in the spotlight and still adores his family. Permit me to say; Ramsay is the definition of what a real man is. This father-of-four with 21 books to his name has his home base in London, where he lives with his TV broadcaster and author wife Cateyana popularly called Tana and their 4 children (3 girls and a boy). 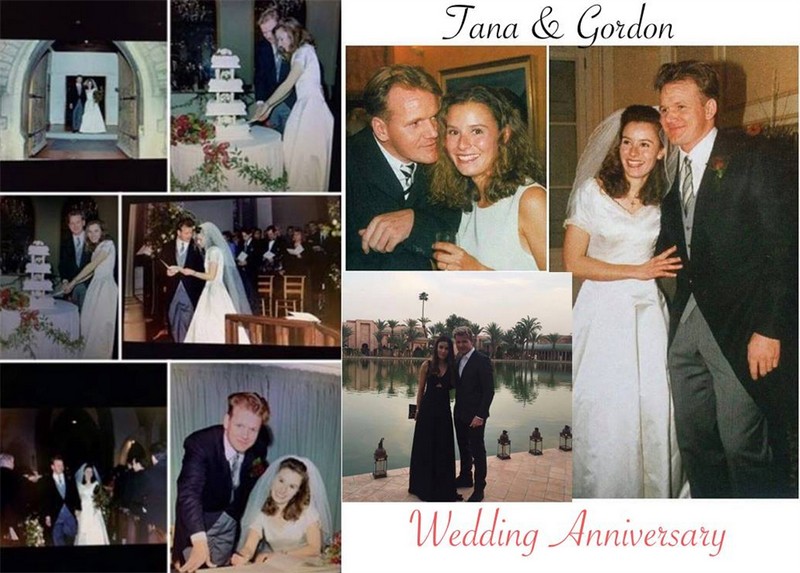 The children are Megan, Jack and Holly (the twins), and Matilda. In 2005, the Ramsays were listed Celebrity Family Of The Year and in 2006, Gordon was even voted Celebrity Father Of The Year. How admirable?  Join me as we explore the lives of Gordon’s smart, cute and zealous kids. Be ready to meet some young celebrities living a beautiful life. 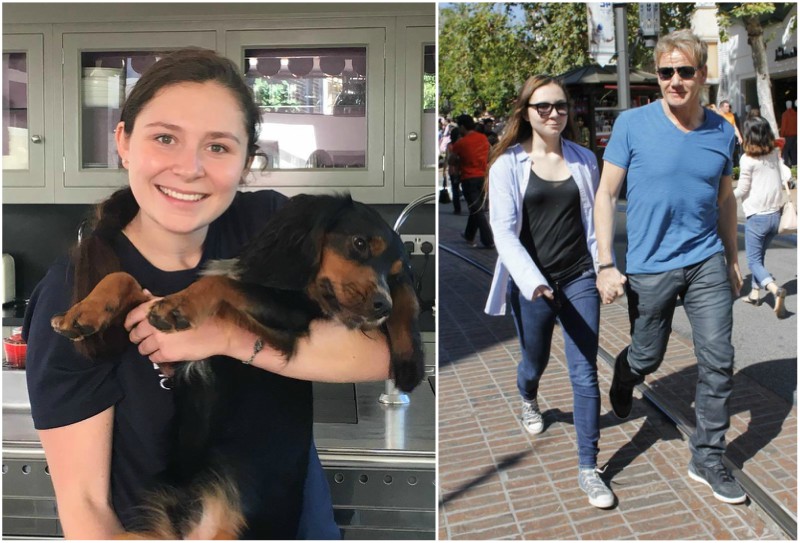 Megan is the first daughter and child of the Ramsay’s.  Born in the year 1998, two years after Gordon and Tana got married. Her mother’s look a like yet she takes after her father’s exercise loving footsteps. Her father’s love for her is unquestionable, even taking her homework seriously and installing a GoPro in her bedroom to ensure she was excellent. Her father is also very much interested in the 18-year old’s love life having admitted to paying his son Jack 100 dollars a week to spy on her and give a report to him on her love life. 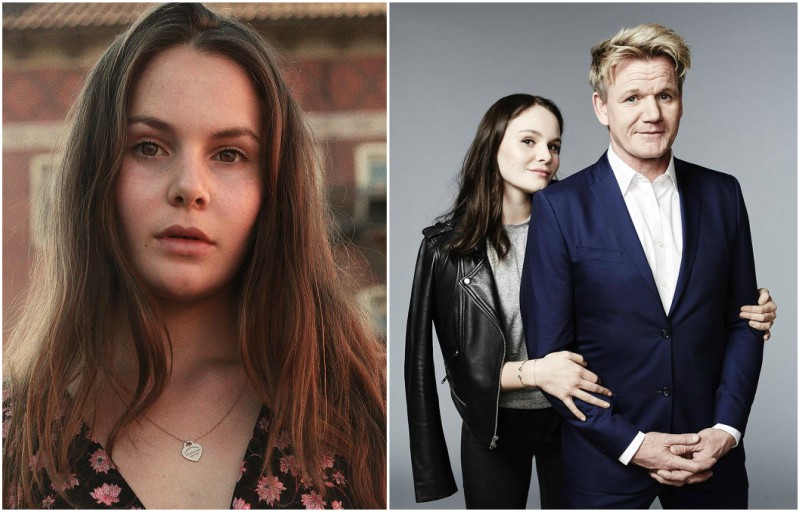 Holly is one of Gordon’s fraternal twin. The other is Jack. She distributes her time between the UK and US for her father’s television career. The Hell Kitchen’s star has an acid tongue just like her dad. And even though she is only sixteen, her father reported she is interested in boys, and it is stressing him out. 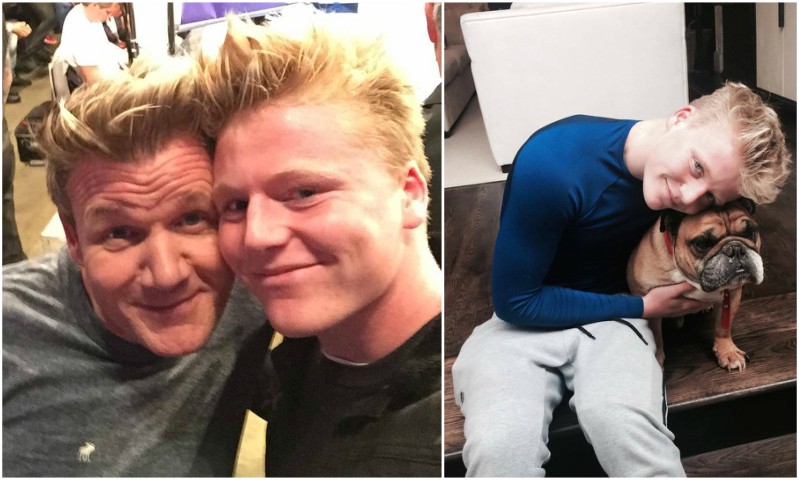 Have you ever wondered what Gordon was like when he was a boy? You don’t have to go so far ‘because the answer is right here – Jack Ramsay. He is Gordon’s only son and look a like. He is the middle child together with is fraternal twin sister named Holly.

He featured as a guest judge of the mystery box challenge on his father’s show MasterChef. Just like his father, he has a passion for fitness as he is often seen going for workouts. Reports state that the teenager is going to give up life in the kitchen to pursue his dreams. He plans to join the Navy unit as he turns 17 next year.

The patriotic teenager would rather serve his country than prepare food. His father is ready to support him all the way. Jack has two obsessions in life as stated by his father – plotting his career in the armed forces and watching Bear Grylls survival shows. Jack is willing to take the rough road of being in the Navy as a series of tests is required to become a Marine. 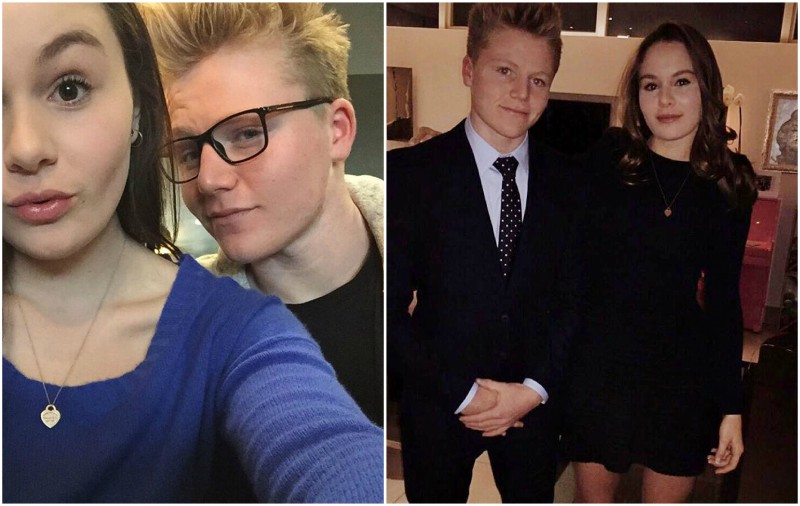 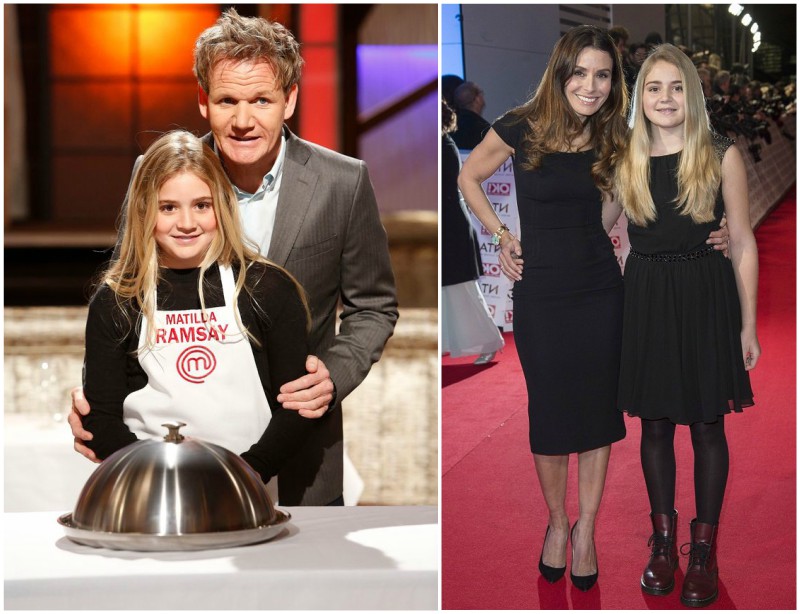 A father’s joy is knowing that their legacy will live forever. This teen has been whipping up her kitchen creations since 6 years of age. It seems Matilda is doing so well in walking in her father’s giant footsteps. As her love for cooking has also made her one of the youngest celebrity celebrated by the world. She is a natural cook just like her dad as she started her own culinary show called Tillywood.

Even though she is the youngest of the Ramsay’s, the fifteen-year-old teenager is already exploring the world as a whole, a perfect blend of a TV presenter and at the same time a Chef. She is popularly known for hosting the CBBC Cooking program, Matilda and the Ramsay Bunch from 2015 till date. This was her first TV appearance. Gordon affectionately refers to her as his ‘Sous Chef.’ 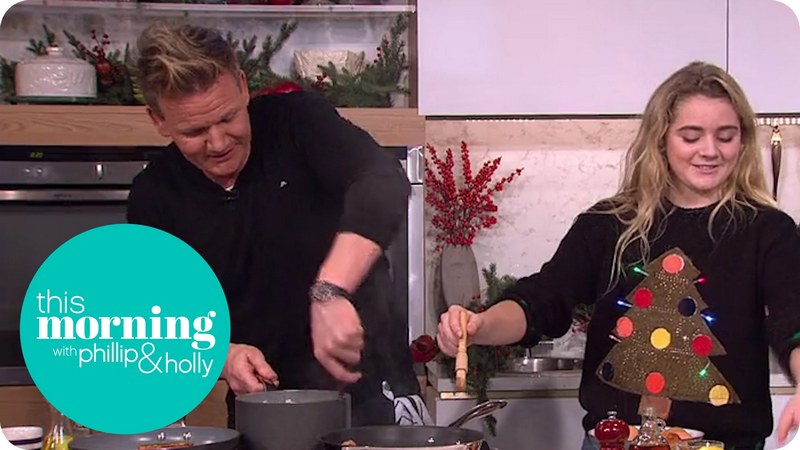 The same year, she has also featured on her Father’s TV show MasterChef Junior as a judge. Also in 2015, Matilda’s cooking show was nominated for two of the children’s BAFTA award. On 16 June 2016, Matilda featured on Blue Peter where she baked Father’s Day rock cakes.

Her other features so far are: Guest on The Late Show with James Corden in 2015, award Host for Skills Challenge Show on National Television Awards in 2015, The One Show. Are you still waiting to attain a particular age before you start pursuing your dreams? Let this young girl inspire you. 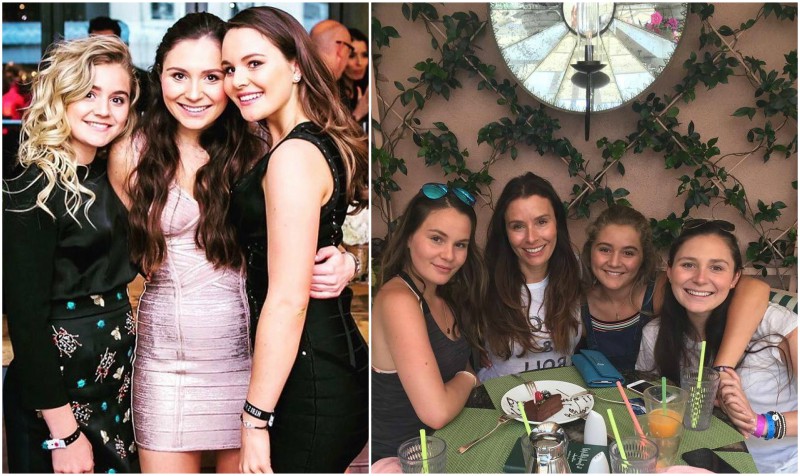 The Ramsay’s were expecting another baby this year, but Tana unfortunately had a miscarriage after five months. The Ramsays and Beckhams have been friends for a long time and their children are also bonding well. 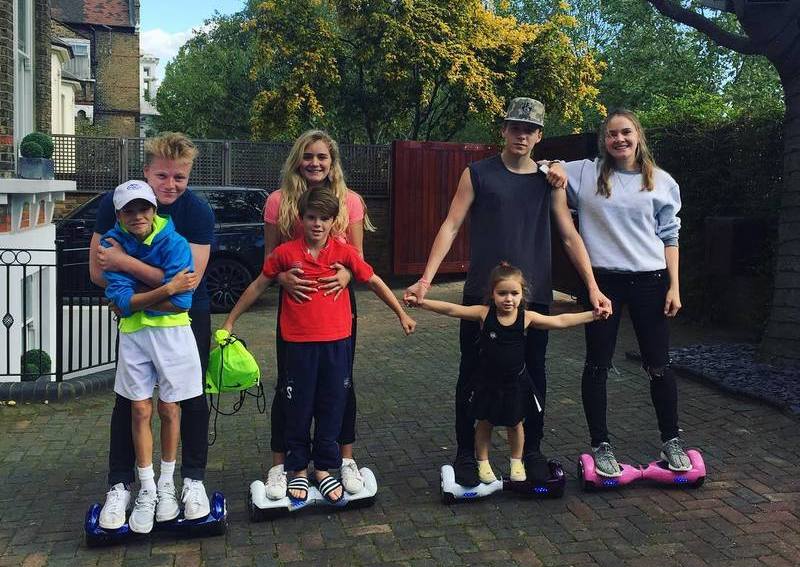 Way to go Gordon! He has apparently found the perfect balance between family, keeping fit and being a celebrity Chef! 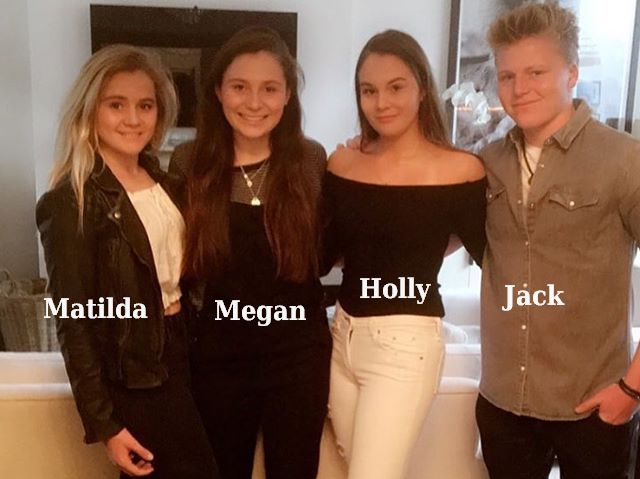 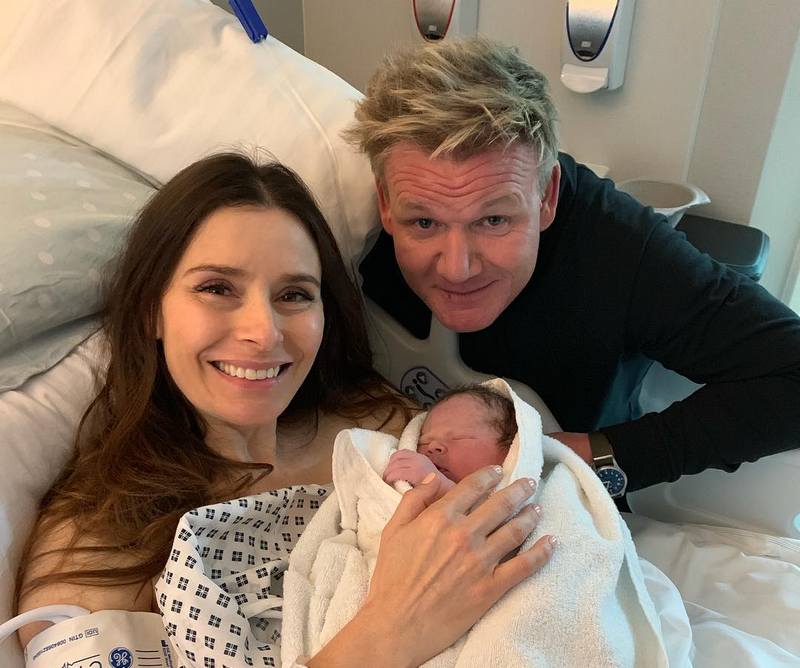 The couple celebrated 22 years together and on January 1, 2019 it was announced about Tana’s pregnancy. Gordon will be a father for the 5th time being 52 years old.

Updated! Tana gave birth to a beautiful baby boy on April 4, 2019. Congrats to a happy couple!