The family story of Gwen Stefani the Queen of Confessional Pop 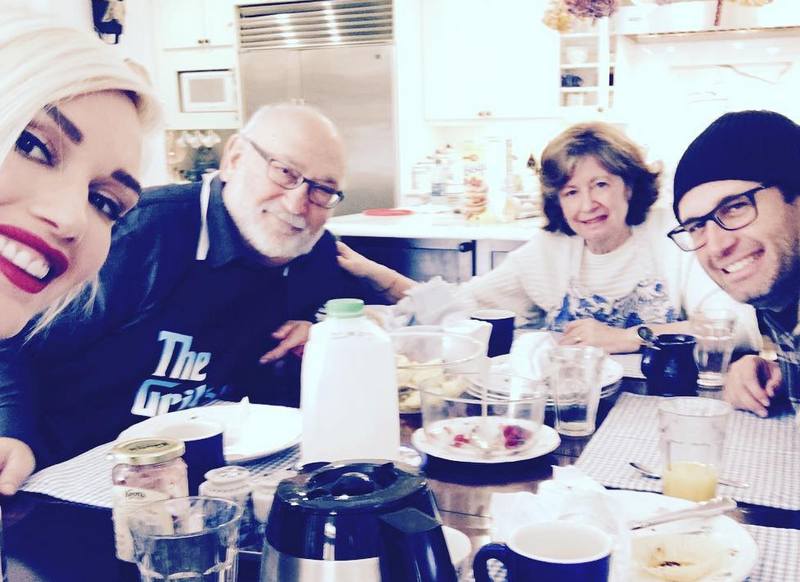 The family story of Gwen Stefani the Queen of Confessional Pop

She is one of the female artists who have since their entry into the industry, remained at their A-game consistently. The renowned Gwen Stefani started off with her brother in a pop band which they had both created and found international fame as the lead vocalist of the ska punk group. The band took a break some years after public fame and during this hiatus; Stefani decided to pursue a solo career which turned out a critical and commercial success.

Most of the clothes she performed in while with the ska music band were made by the singer herself. She launched her fashion line in 2004 and it became a favourite among celebrities alike. Right in the centre of her love for her career and public success, Stefani has known from her earliest years that the family is and will always be the most precious value in anybody’s life. This knowing preserved her dream to someday become a wife and mother and today, she is literally living the life of her dream. Read on to know more juicy details about the personal life of your favorite pop icon. 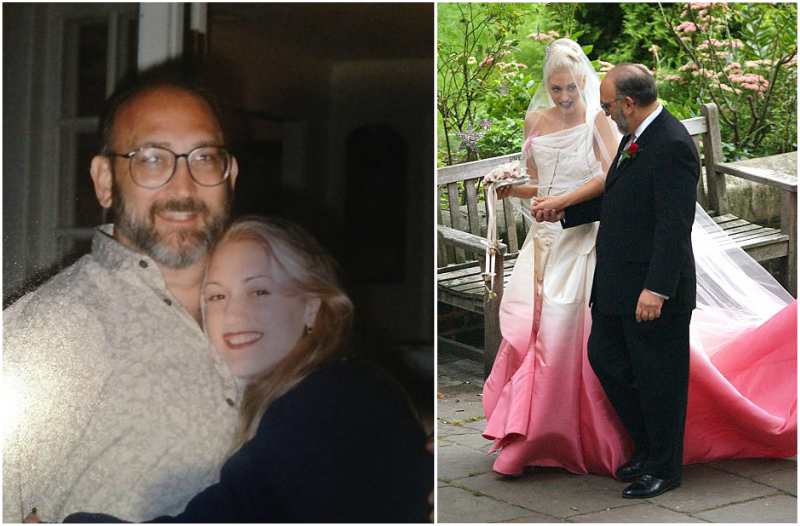 It was Papa Stefani who taught his daughter to love country music as he attended several country singers’ concerts with his children. Italian American Dennis worked as a Yamaha Marketing executive and was present as a father to his kids. In June 2016, he celebrated fifty years of being married to his lover and mother of his children, Flynn. The Stefani family indeed shares a lovely bond and are definitely happy with the lives they have created. 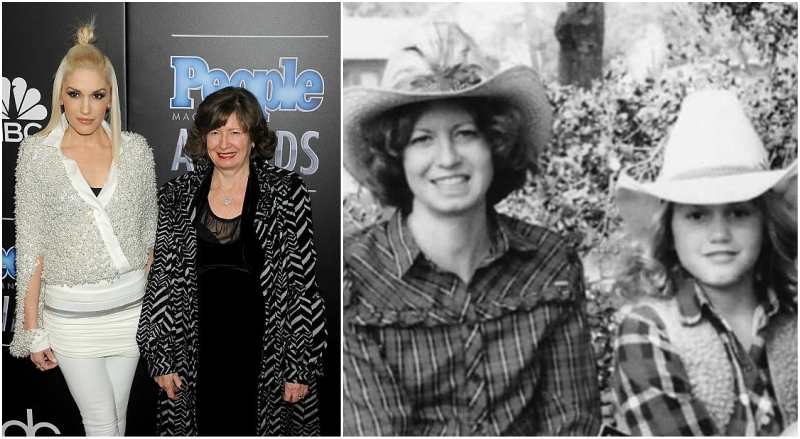 Patti was first an accountant before she left her white-collar job to focus on her home. She and her husband were very pivotal to their daughter’s love for music today. While Gwen was younger, she was introduced to music and artists like Bob Dylan as the Stefani parents themselves were fans of folk music. 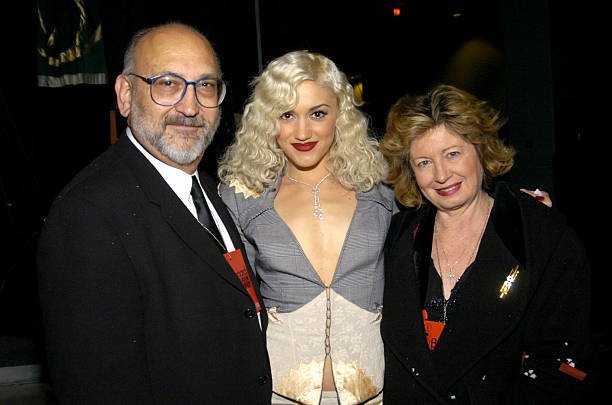 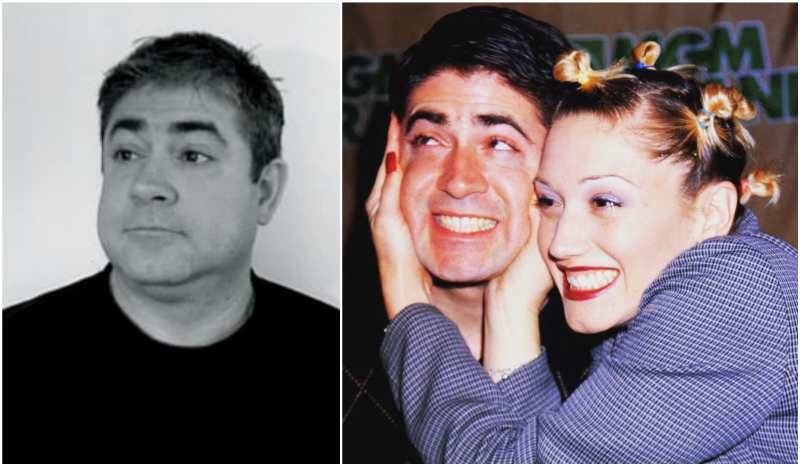 He is mostly known as the founder of the punk band ‘No Doubt’ founded in 1986. It is quite interesting to know that despite the female Stefani being the band chanteuse; it was the more hardworking though lesser-known Stefani who birthed the idea of the music group. Eric was the first to conceive the idea for a ska band and he went on to bring his sister on board. 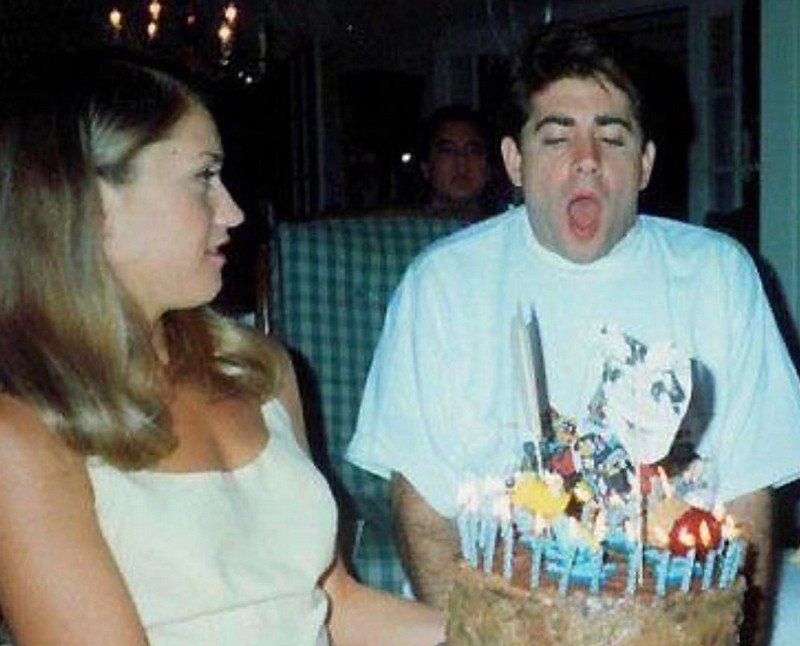 Eric was the keyboardist in the band for a while before leaving to pursue a career in animation for ‘The Simpsons’. According to him, a career in song writing suited him more than touring did and he felt diminishing creative control. He left the band in 1994 shortly after their breakthrough album ‘Tragic kingdom’. 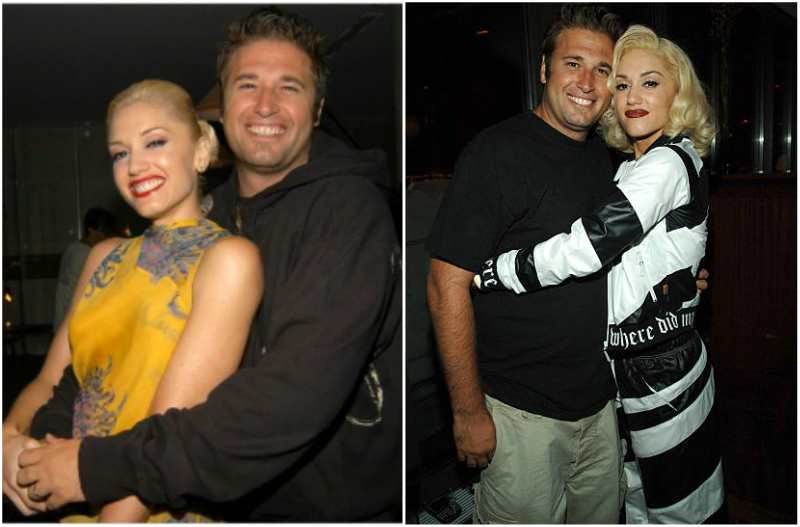 Todd is a film producer and is married to a beautiful woman named Jenifer. They are parents to Stella Stefani and all together the Stefani crew hold their Christian values dear to their hearts. 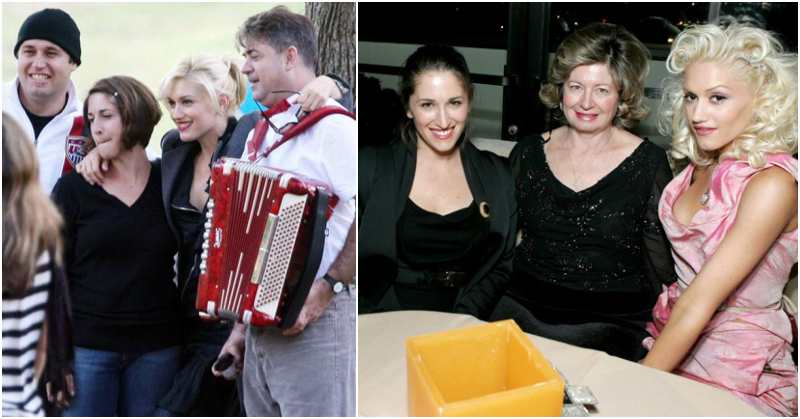 Jill is the only sister the rock goddess has and there is not much to say about her as she lives away from the public scrutiny. 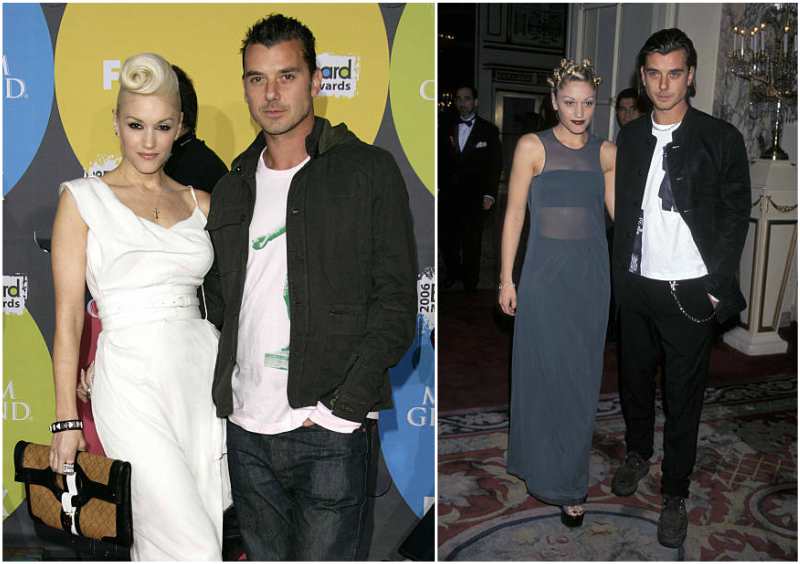 One time while she was still with ‘NO Doubt’, the whole croon went on a tour opening for another band called ‘Bush’. It was at this event the ‘Sweet escape; singer met her first husband. Gavin Rossdale, the guitarist and lead singer for Bush was charming enough to sweep Stefani off her feet and in the twinkling of an eye, chemistry had ensued. They got married in 2002 and four years after tying the knot, she started bearing kids for her beau. 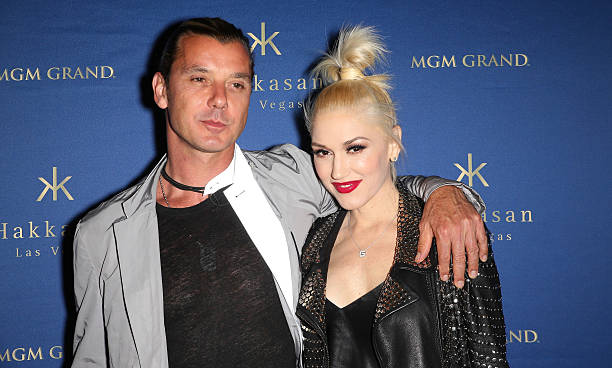 They settled for an unequal division of their assets and a peaceful separation for the sake of their kids. Not long into her life-after-divorce, she met with someone who was in the same boat and whom she was able to relate with on a personal level – Blake Shelton, her ‘co-worker’ at the time. The ‘Misery’ singer and her ex-husband now divide their time equally between their London and Anaheim homes as they both co-parent the three boys. 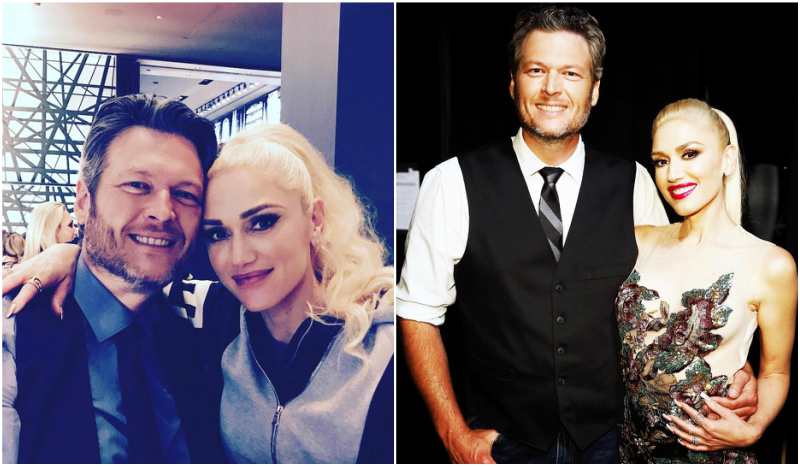 Blake Shelton is hardly an unfamiliar name in the music industry. His passion and great talent when it comes to country music has won him eight Grammy Awards, making him one of the most successful artist s of his time. Blake has also amassed tremendous commercial impact in the country music sector and has been made a wealthy man with his ‘all-time greatest’ albums.

We all know how hard it is to walk into a family and find acceptance especially amidst a divorce. Shelton came into the life of the superstar artist while she was in the process of leaving her husband yet he managed to tear down the walls surrounding Gwen and her sons. Just before the coming together of the ‘Voice’ coaches, Blake just finalized his divorce from his first wife, fellow country singer Miranda Lambart leaving both of them in the middle of their high-profile divorce.

You may also like: The Parents and Siblings to Blake Shelton

Their chemistry began from ‘The Voice’; it was first them talking on set then to checking in each other every now and then until finally proceeding to their admission of their romantic interest in each other. Shelton says Gwen – whom he has several times referred to as his best friend – saved his life. 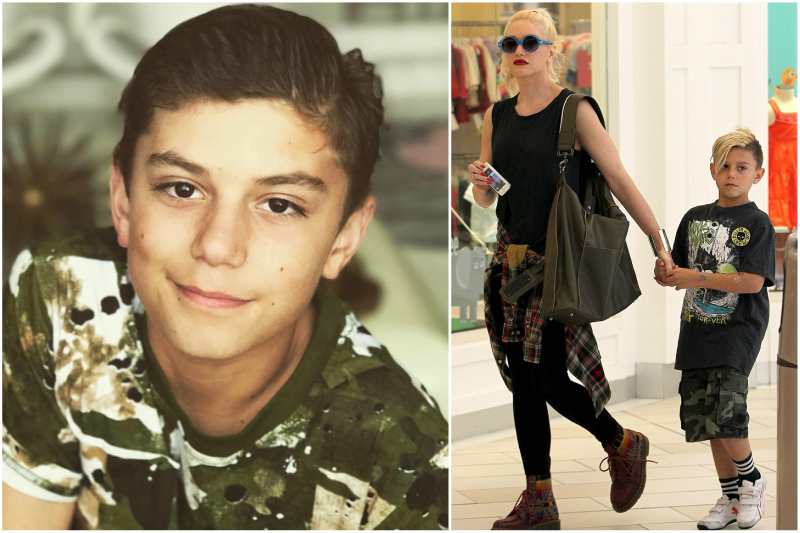 Kingston is the first child born to the ‘No Doubt’ front woman. After his birth, Gwen’s joy knew no bounds as she had always dreamed of having her own kids. 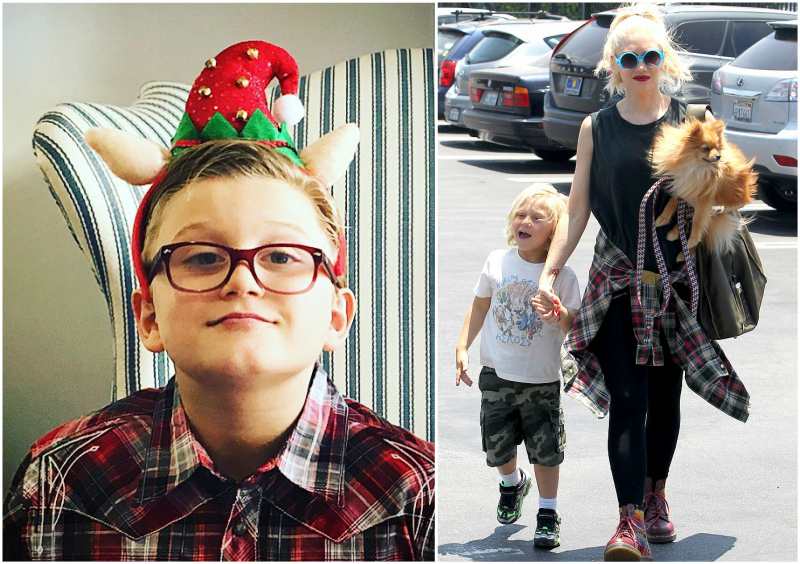 Zuma came second and is growing to be a cute little boy. 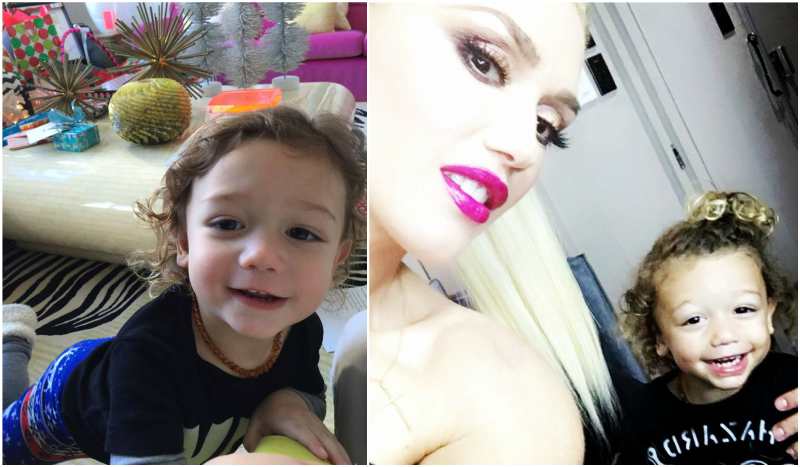 With Gwen busy juggling a career in music and fashion; she still makes mom duties her number one priority. She is every bit of the doting mother with Apollo like she had been when her eldest boys were younger. 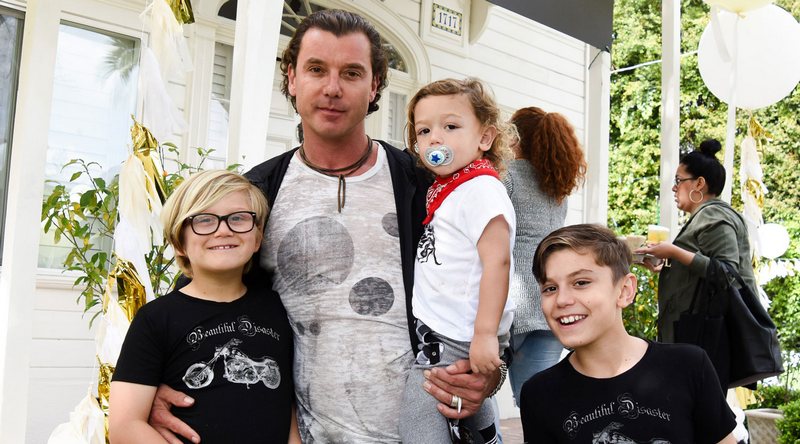 How many siblings does Gwen Stefani have?

She has 3 siblings: 2 brothers Eric, Todd and a sister Jill.

How many kids does Gwen Stefani have?

She has three sons with Gavin Rossdale: Kingston, Zume and Apollo.

How many times was Gwen Stefani married?