The entire family of Jean-Claude Van Damme, the man called “Muscles from Brussels” 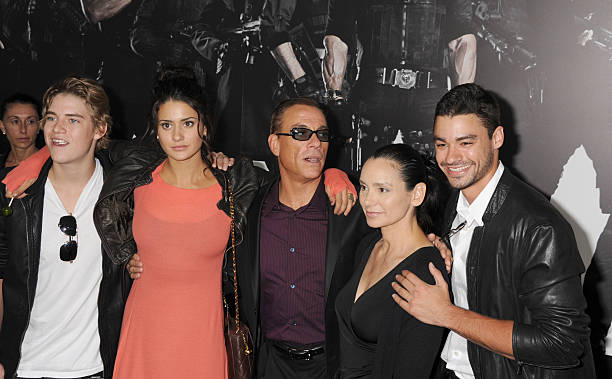 The entire family of Jean-Claude Van Damme, the man called “Muscles from Brussels”

Van Damme had been taking karate lessons since he was a child but as he grew, he turned to bodybuilding and ballet. As a teenager, he already established his own gym but this was far from what he wanted to do. Jean-Claude’s long time dream was to be a movie superstar and he set out to follow this path. He made his screen debut as an extra in Breakin’ (1984), learnt English on the side and also worked odd jobs which ranged from being a chauffeur, carpet layer and pizza delivery driver.

The Bloodsport (1988) actor has been through four divorces with four different women.  He is an international star who has had several ups and downs in his private life and career. We were so interested in the famous Van Damme so we went and read up about him. Keep reading if you are interested in these juicy details we gathered. 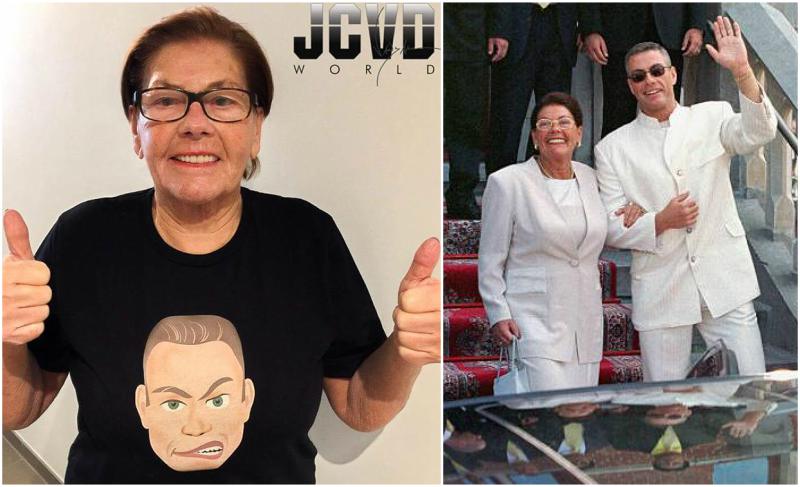 She ran the flower shop together with her husband in Brussels and is also a big supporter of her son. 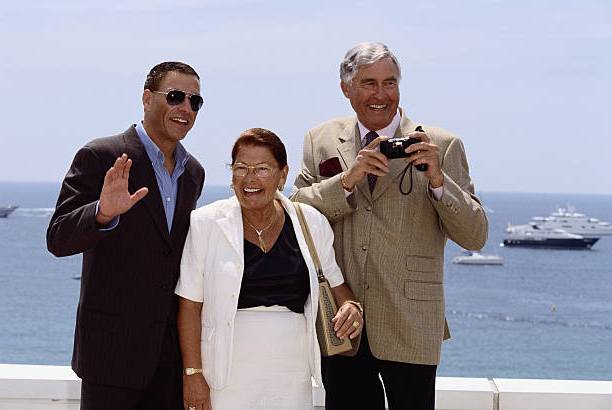 He was an accountant and flower salesman. As a child, Jean-Claude was an awkward child; he wore glasses, was nerdy and was even in the ballet. Eugene did not like the fact that his only son was weak so when he was 11, J-C was enrolled in martial arts. Van Damme soon became a sensation in this new art and eventually beat the 2nd best karate fighter in the world at the time. You can imagine how proud Papa Varenbergh was of his son’s strength and achievements. 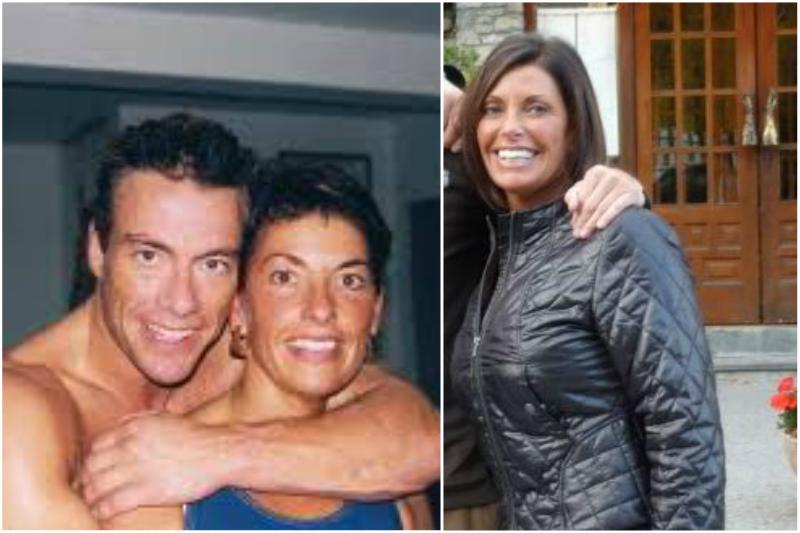 Veronique still lives in Belgium and there she owns a hair and beauty salon. 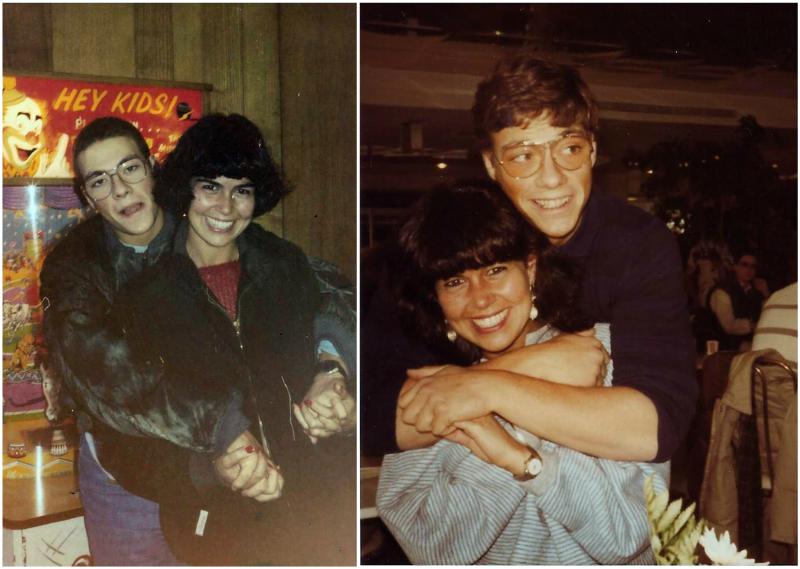 Venezuelan born Rodriguez was Van Damme’s first wife and he was with her until he moved to the United States. 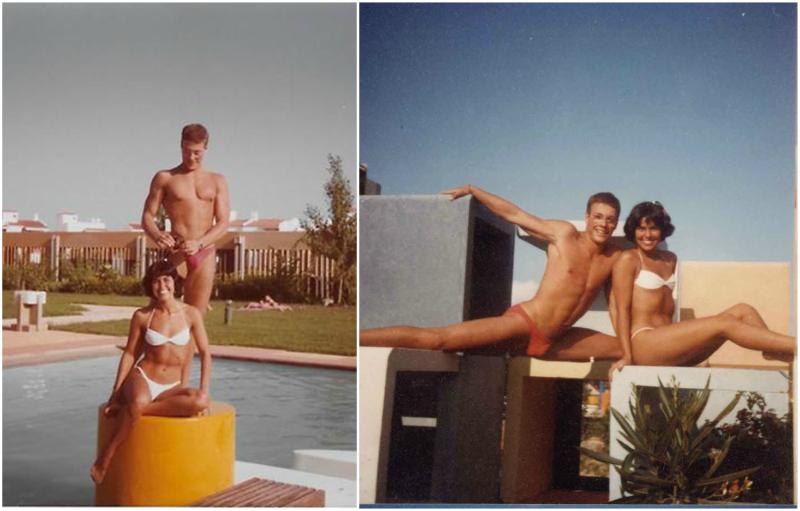 The Belgium pride met Cynthia while he worked for her father in his carpet store. They got married but their union lasted only for a year. 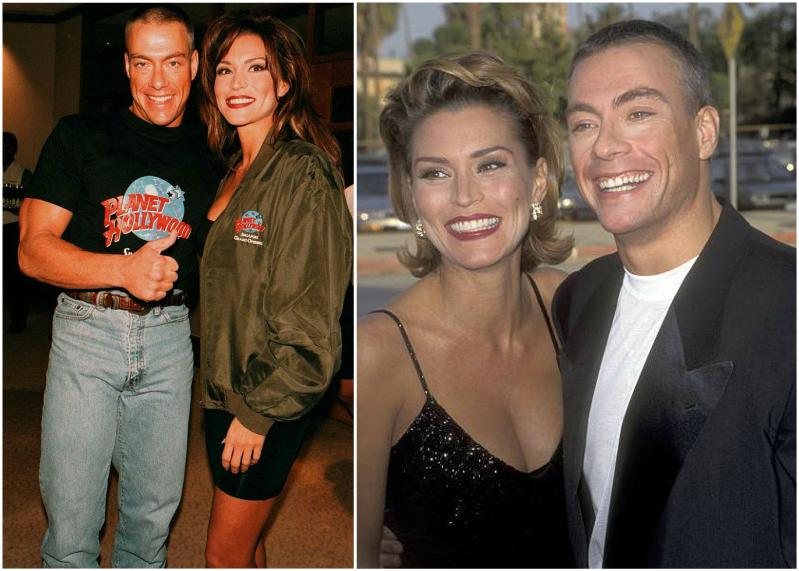 LaPier was a model and she won the Hawaiian Tropic beauty-contest in 1985. Van Damme started out with Darcy as an extramarital affair while he was with Portugues. They soon got married and became parents to a son, Nicholas. JCVD considered himself a loving husband and father to his kids but Darcy thought differently. 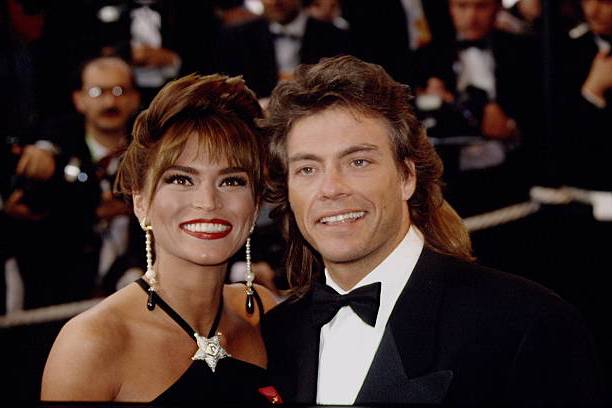 She filed for several divorces claiming physical abuse and that the superstar was a drug addict who had mood swings at times. The Kickboxer (1989) actor was eventually billed hugely for both monthly child support and spousal support.

Gladys Portugues (then and now wife) 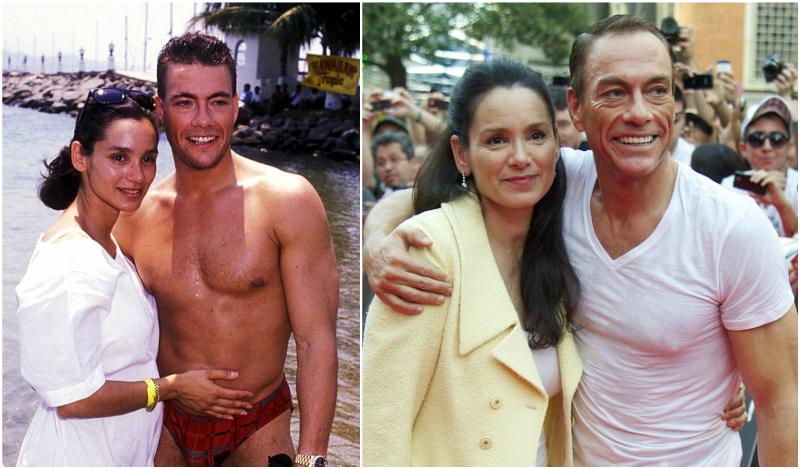 Fitness competitor and Bodybuilder Gladys was first married to the martial artist as his third wife. It soon became evident that her husband was seeing someone else and this led to their 1992 divorce. 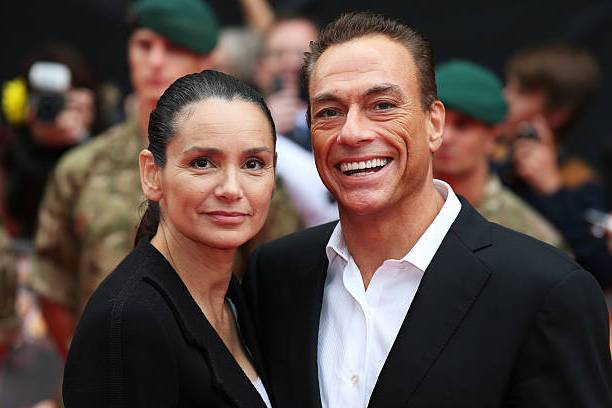 International stardom coupled with his messy fourth divorce took a nasty toll on him; the ‘Universal Soldier (1992)’ actor took to drugs and eventually battled cocaine addiction for years. His career was dying fast and his movies were no longer hits. Jail term and an arrest did not do it for him so he took to exercise to get him cleaned up. He remarried his former wife Gladys and started towards a healthier life and career. 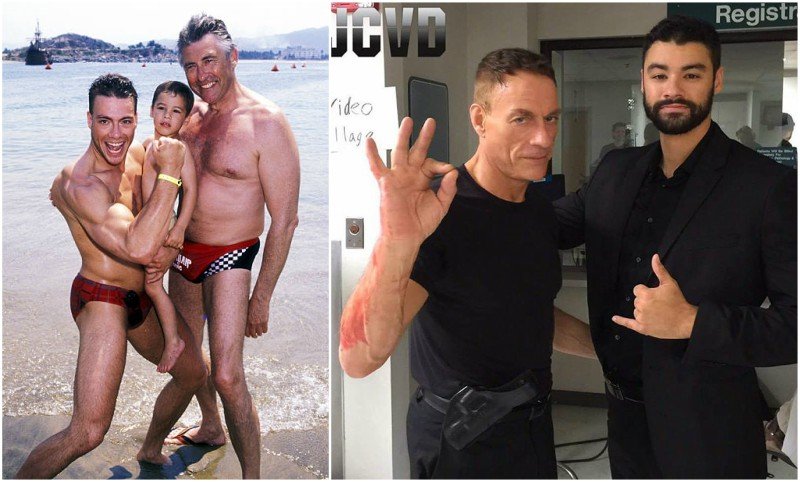 Like Father, Like Son! Kris is everything his father is, only that he is younger. The first Van Damme son is a martial artist, an action superstar and is credited as the writer for his father’s epic movie The Tower (2010). 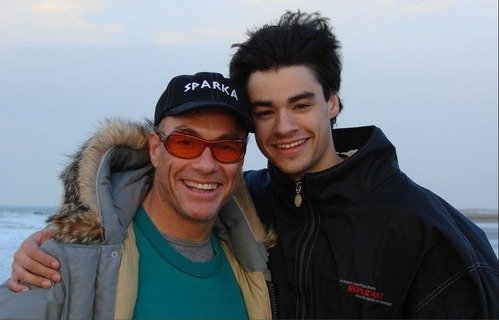 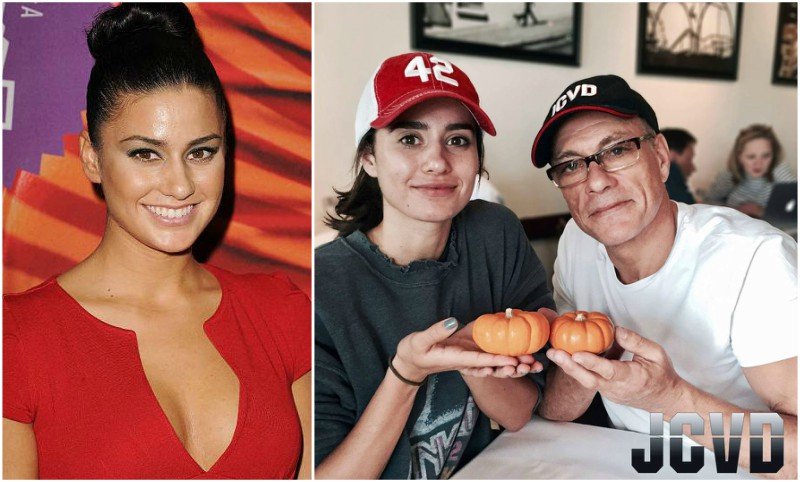 Bianca is an actress and is in summary a chip off her parents’ block. There is only little one can do if one has a martial arts guru for a father and a bodybuilding mother. Growing up, Bree hated the martial arts but has long eaten her words. She has over time shown that she is as tough as her dad and is also another proof that is possible to be tough and feminine. 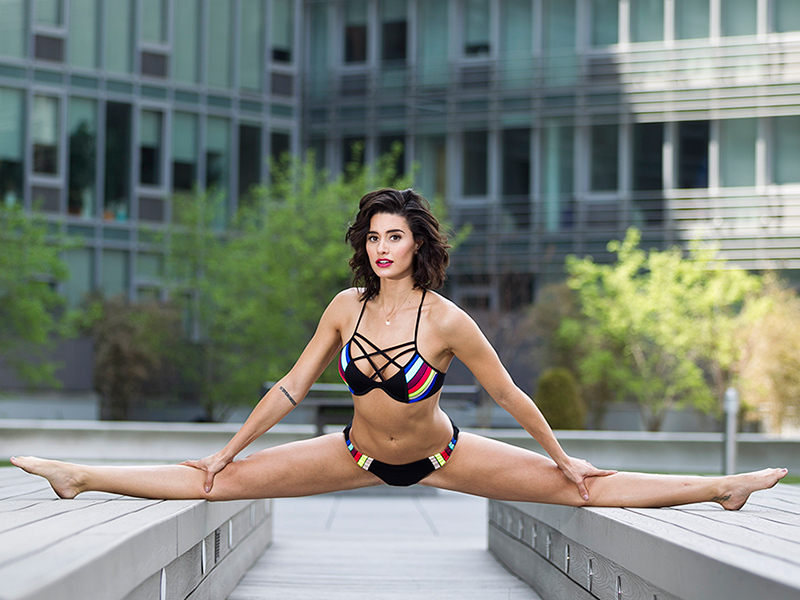 Bianca chose not to use her father’s name as she refused to be buried in his shadow. She said she would rather go through struggles than have it easy but four years down the line, the strong female seems to be having a change of mind. Badass Bree is now gradually embracing the perks that the name and recognition can afford. She is also an aspiring actress and has appeared in some of her father’s films. 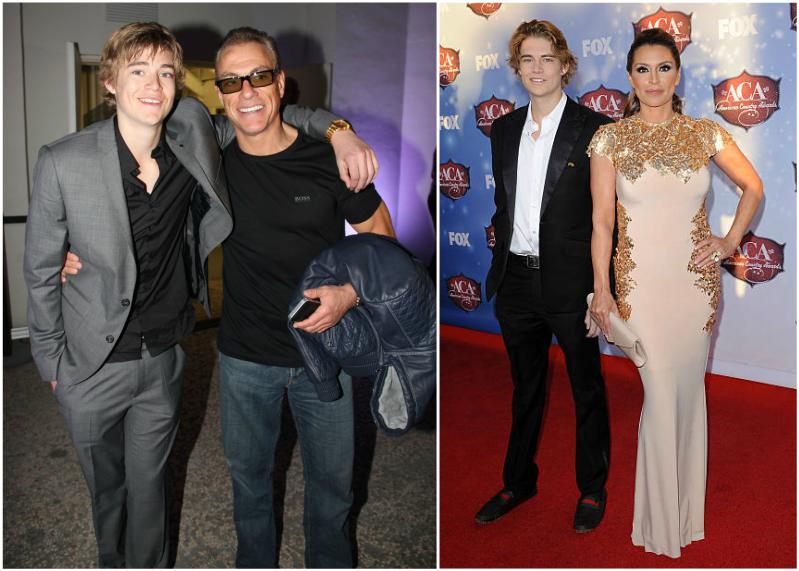 After the messy fourth divorce, Darcy and Van Damme were at loggerheads and this caused him a lost custody case. Nicholas became the estranged teenage son to the legendary actor who was at the time battling with drug addictions and a failing career. Now that JCVD is back, he’s produced new movies hoping that they’ll serve as proof that he is not a failure. The Cyborg (1989) actor misses his son and is earnestly hoping for a reunion. 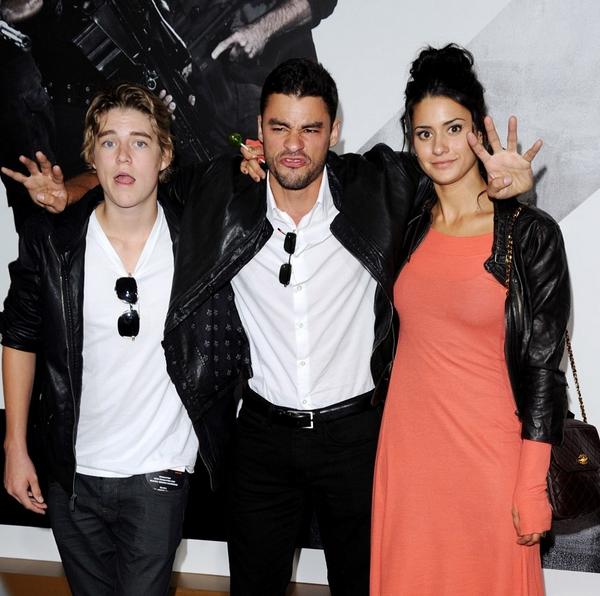