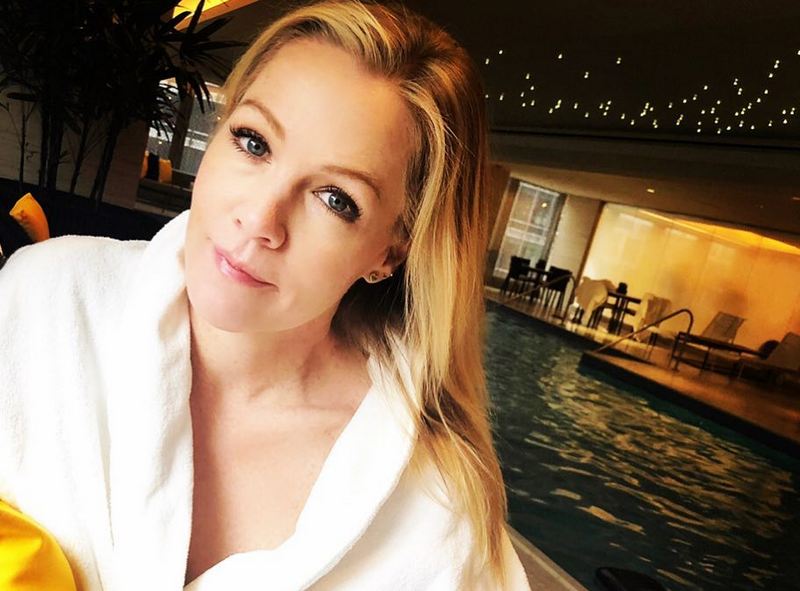 Jennie Garth is loved by many of us for her role in Beverly Hills, 90210. The part of beautiful blonde Kelly turned the young actress into a real teen idol and helped her to gain Young Artist Award.

Jennie Garth started to dance and model in her early teens and later, she made up her mind to become an actress after being discovered by a Hollywood manager at the local talent competition. She got her debut role in a Growing Pains episode in 1989 before becoming a real sensation in 1990, when she first appeared on TV as Kelly Taylor in Beverly Hills, 90210. Garth also starred in What I Like About You plus appeared in Melrose Place and Mystery Girls. Additionally, she launched her own reality show, The Jennie Garth Project.

Do you know that Jennie is one of 7 siblings? Moreover, she has been married three times and is a mom of three adorable daughters. So, let’s have a closer look at her family.

John served in the US Navy as an aerial photographer and participated in the Korean War. Later, he started to help adults to get education and launched Adult Education Center, which was later named in his honor. He was married to Joanne Bialeschki, a mother of his three children. In 1970, he espoused Carolyn Hutts, and welcomed their only daughter together, Jennie, two years later. John also had a ranch and Jennie helped him to work on it when she was a kid. Unfortunately, he passed away in 2008 after a long battle with the heart disease.

Carolyn is a real estate agent, who previously worked as a teacher. She appeared in her daughter’s reality show. Garth revealed that her mom always provided her with much support and taught her that there was nothing she couldn’t do. 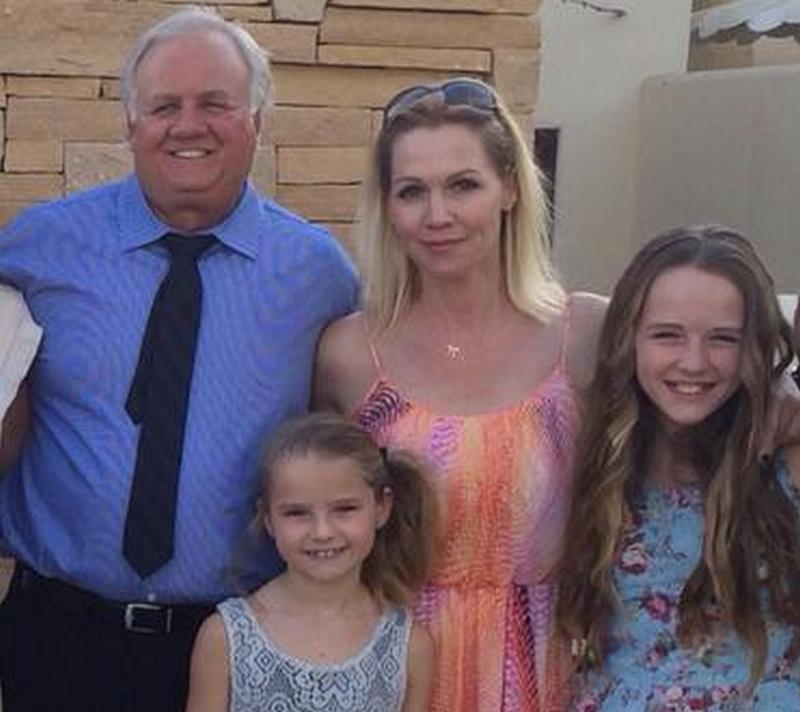 Chuck, the eldest paternal half-sibling of the celebrity. He resides in Peoria, Arizona. Jennie told that once, Chuck joined her on a cross country trip with her children. 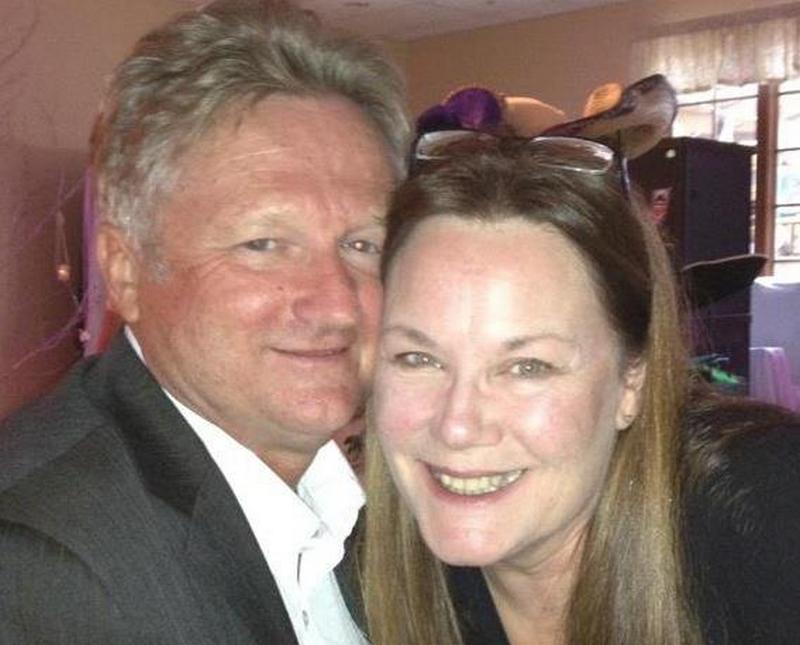 John resides in Oklahoma City. He is married to a woman, named Maureen, and is a father of three girls. 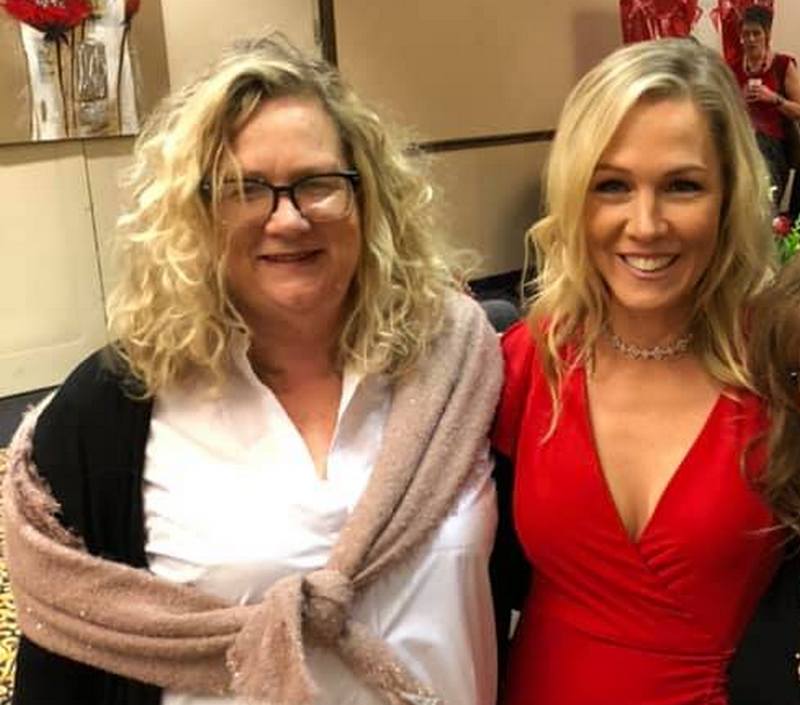 Lynn lives in Champaign, Illinois. After getting married to David Borchers, she took his last name. 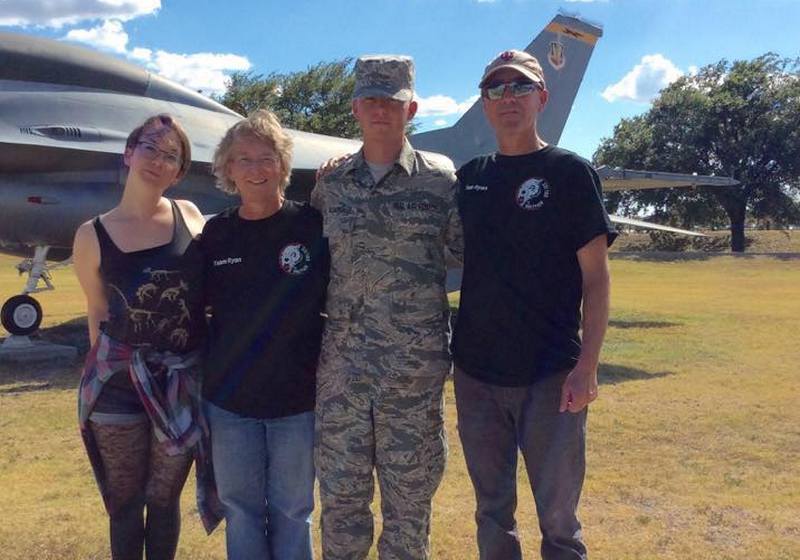 Now, the actress’ sister is Lisa Adams as she took her husband Dan’s surname. Their family has settled in Flagstaff, AZ. 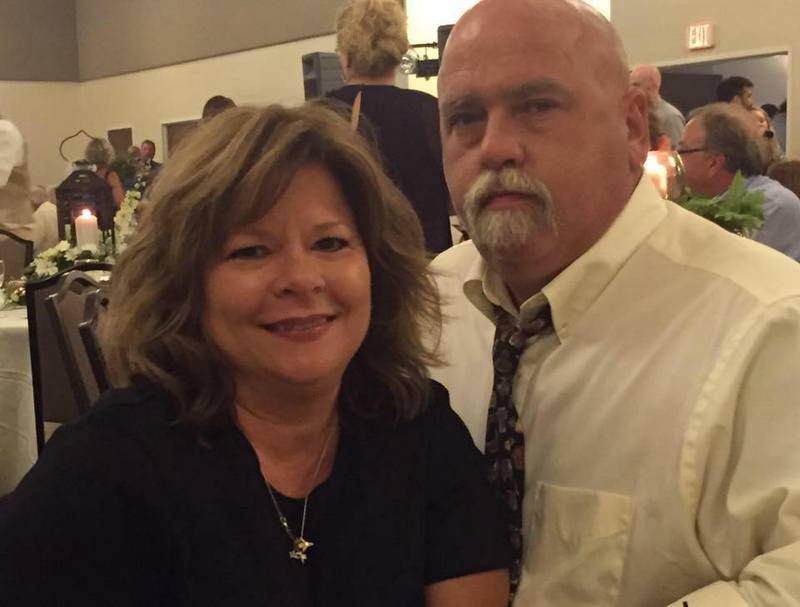 Cammie is 9 years older than the Beverly Hills star. In childhood, they shared a room and Cammie took care of Jennie by braiding her hair in the morning and making her ready for school. Garth shares that her sister is her second mom and protector. Cammie is a wife of firefighter Robert Clark, whose last name she adopted after their wedding, and is a mom of two daughters. Moreover, she is the owner of a hair salon in Arcola, Illinois. 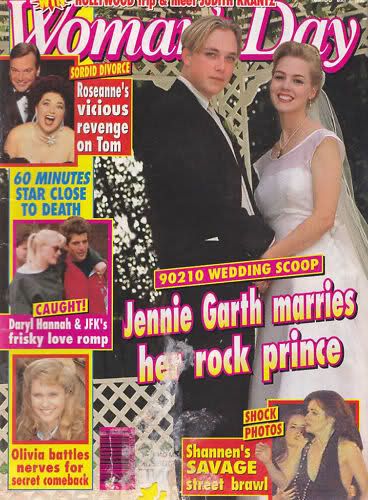 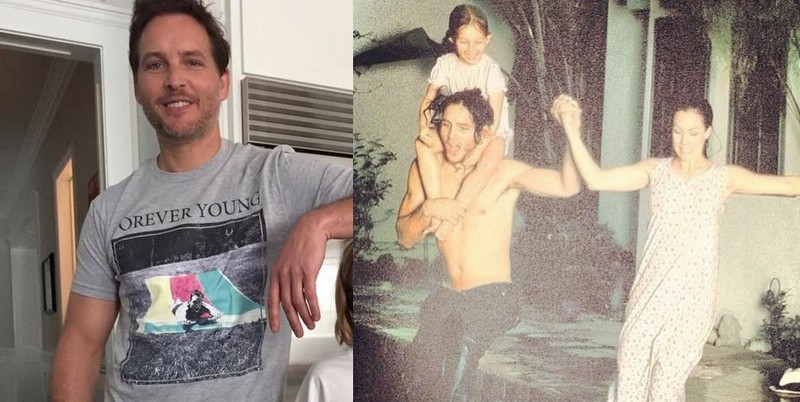 Peter deals with acting and producing and is internationally known for portraying Carlisle Cullen in the Twilight. He met Jennie in 1995 on the set of An Unfinished Affair and their passionate love affair started. Facinelli espoused the actress on January 20, 2001, and she became a Roman Catholic to be of the same faith with her husband. The couple parented three kids together, but in 2013, they separated. In 2015, Peter got engaged to actress Jaimie Alexander, but they broke up the following year. 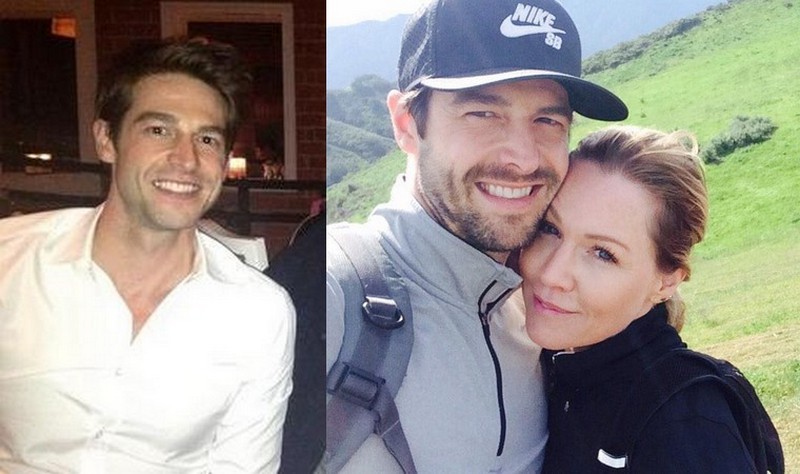 Dave is an actor, who appeared in The Hike and 2 Broke Girls. He got romantically involved with the actress in 2014 after meeting her on a blind date. They tied knots on July 11, 2015. In 2018, the couple filed for divorce though they separated a year earlier. However, in February 2019, Dave and Jennie reconciled and asked to call off their divorce. Garth’s representative tells that though they have faced some difficulties in their marriage, they are happy now. 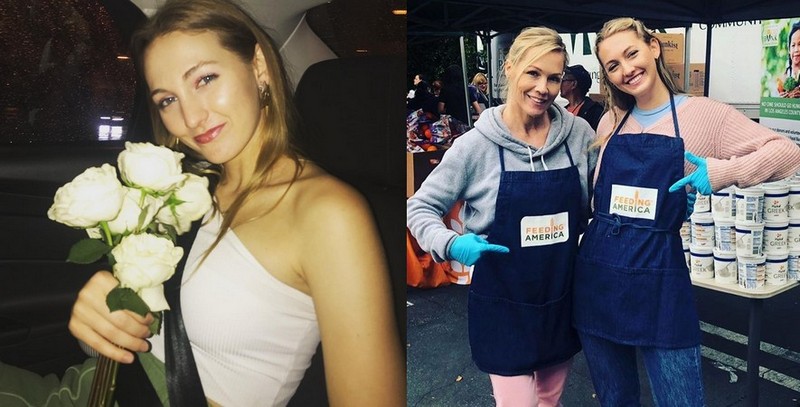 Luca followed in her parents’ footsteps and got engaged into acting. She played in Interracial, April’s Flowers and Luna. Moreover, she works as a model. In one of her Instagram posts, Luca shares that she is inspired by her mom’s loyalty, work ethic and the grandness of her heart. 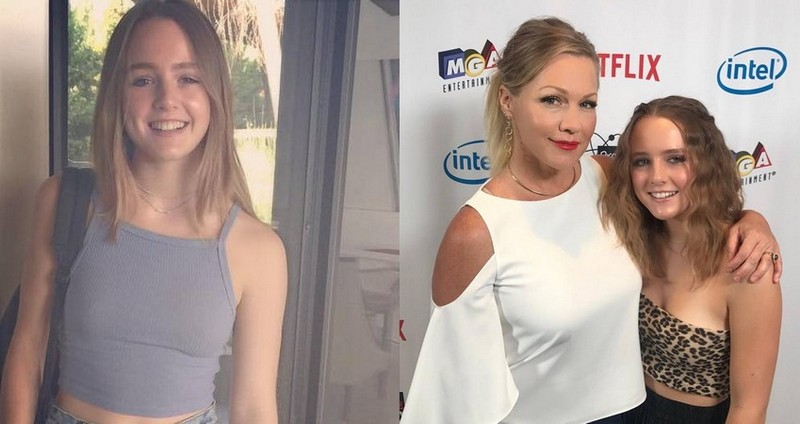 Perhaps unsurprisingly, Lola, the middle daughter of Jennie and Peter, has also decided to be a part of the film industry. She played in Accidentally in Love. When Lola was 6, she was diagnosed with Juvenile Rheumatoid Arthritis.

Fiona is the youngest of three Jennie’s daughters. She studies at school and loves playing soccer. Garth often shares photos of Fiona and her elder sisters on her social media and seems to be very proud of her kids. 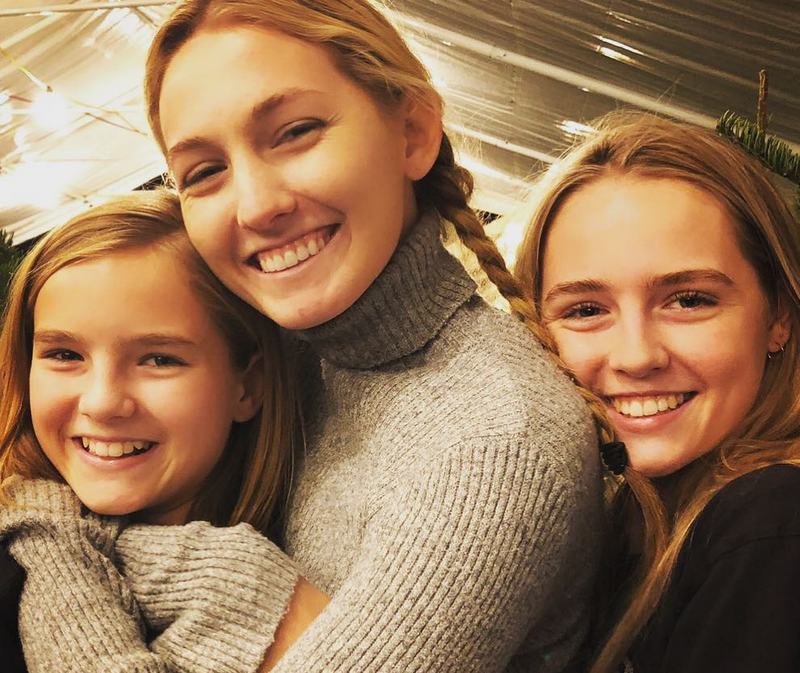 Hollywood heavyweight Clint Eastwood: His numerous women and seven kids
Meet Debby Ryan, the Disney super-star and the rest of her family