Meet the super-star from Pretty Woman, Julia Roberts and her family 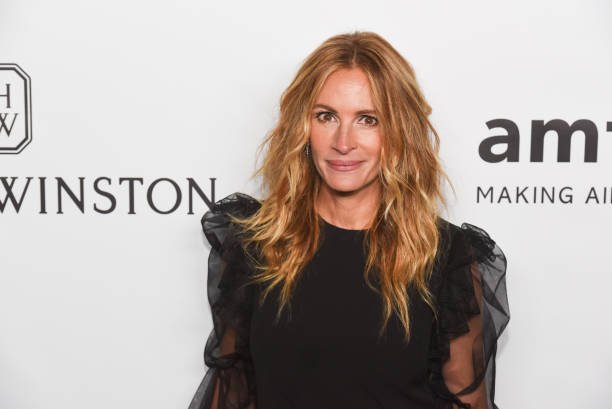 Meet the super-star from Pretty Woman, Julia Roberts and her family

She is easily one of the top female stars in the Hollywood business thanks to her amazing gift as an entertainer. Julia Fiona Roberts is an Oscar Award Winner listed as one of the highest paid actors in the American film industry. Interestingly, Julie (as she was referred to when she was little) first dreamed of being a veterinarian. She quickly realized however that she did not have the ability to deal with science on a braniac kind of level so she abandoned her first love and resorted to a career in acting. Creativity was never farfetched as the Roberts family is filled with artistic minds.

After she finished from high school, Julia moved in with her sister who is also an actress and with the help the other Roberts siblings; she found her feet in the movie business. Her first few years were filled with minor roles but she was gradually working her way into the hearts of viewers all over the world with her effortless brilliance on set. The Steel Magnolias (1989) actress easily rose to fame as the smart hooker in the box-office hit Pretty Woman (1990) and by 2000 she was the lead character in Erin Brockovich, the role that won her a first Oscars.

More than just being a TV icon, the beautiful Roberts is a wife and mother yet with all her fame and status is not in the celebrity business. She is not one so keen on social media and when it comes to mothering and her marriage, Roberts is definitely more in the innocent era, going great lengths to safeguard the privacy of her family. Read on to see how much we could gather about every member of her nuclear family starting with her late parents. 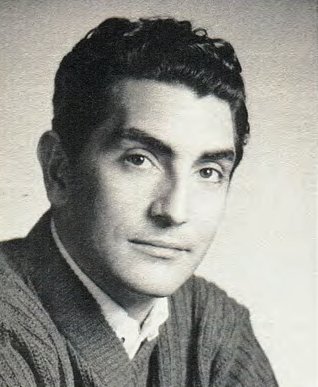 He married Betty in 1955 after meeting her at an art production tour for the Armed Forces but by early 1972, they had become divorcees but not before co-founding the Atlanta Actors and Writers Workshop. Grady left while his youngest Julie was only four so she did not get to enjoy so much of her birth father and the next man who filled in the fatherly role was a huge mistake. Eric chose to stay with his father who also worked as a vacuum cleaner salesman while the female Roberts stayed with Bredemus. He died in 1977 from throat cancer some years after his divorce. 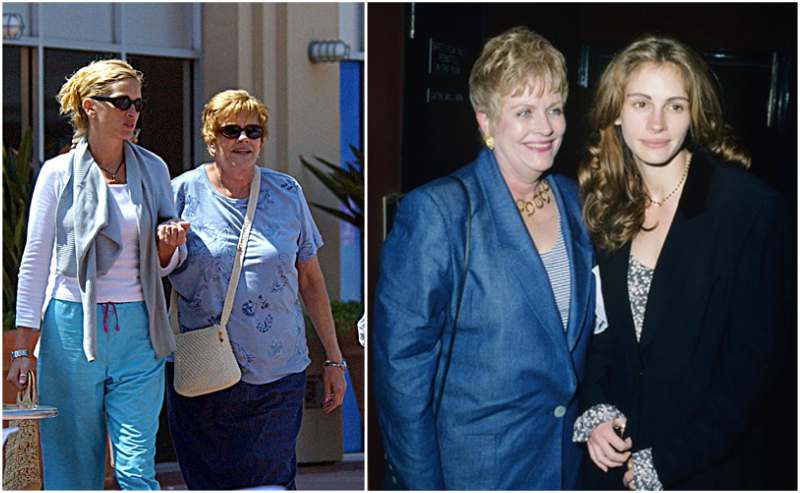 She was an actress herself and coached other aspiring actors alongside her first husband in their workshop for young wannabe actors. The same year she parted ways with Walters, she walked down the aisle again and this time to antique dealer Michael Motes. They had a daughter within four years she together raised her alongside Betty’s daughters from her marriage to Roberts.

After 11 years, Motes and Bredemus divorced with her saying that her marriage to the most often unemployed man was the biggest mistake she ever made. She mentioned that her ex-husband was a cruel alcoholic and the superstar Robert daughter added that she despised him so much as he made their lives miserable. Since their divorce, Motes has been all by himself and maintains no contact with the Roberts or his ex-wife Betty.

All through her years alive, the one-time Air Force member encouraged her children’s acting careers but largely stayed out of the limelight. She died a few months before clocking 81 from a battle with lung cancer. The evil queen from Mirror Mirror (2012) opened up subsequently about how she learnt parenting from her mother who worked a full-time job and single-handedly raised three girls. 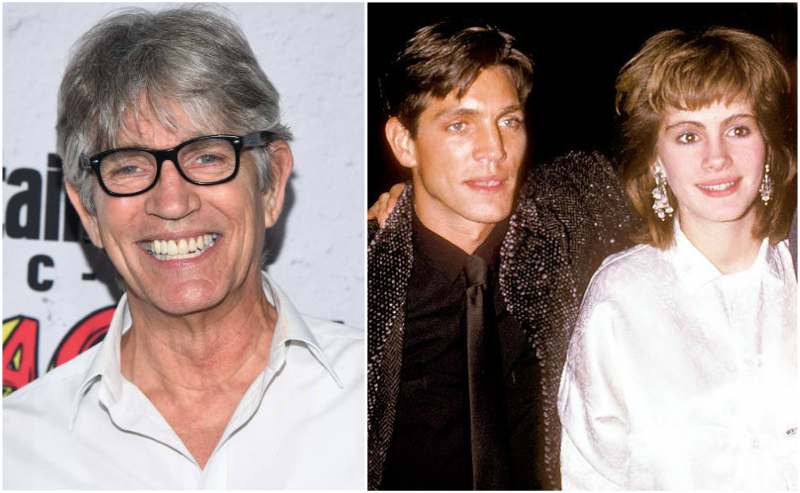 Till date, he is pretty close to his massively successful baby sister. She would forever remember him as the brother who was a great support in the early days of her career. Eric began acting since he was five thanks to the influence his parents had on him. He stuttered as a child, and in a bid to get better with his speech, the little Robert began joining in his parents’ classes as a form of speech therapy. This helped a great deal but at the same time formed a deep passion in the child’s heart for theatre and the arts.

After his parents divorced, he moved on with his father because he disliked Betty’s new husband and this led him to some form of substance abuse but he eventually got free from it. He has today starred in a number of commercially successful soaps and movies including the likes of Another World (1964), King of the Gypsies (1978) and The Dark Knight (2008) to mention but a few. 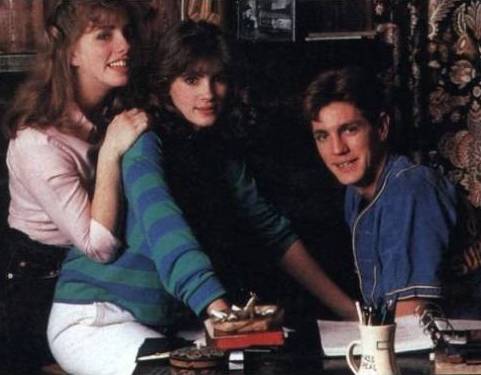 His sweet relationship with Julia was torn apart when she took sides with his one time girlfriend Kelly Cunningham in the custody battle of their daughter Emma Roberts who is also a recognized actress. For years the siblings remained estranged until the birth of the Roberts-Moder twins in 2004 when both actors reconciled their differences, mending their relationship. 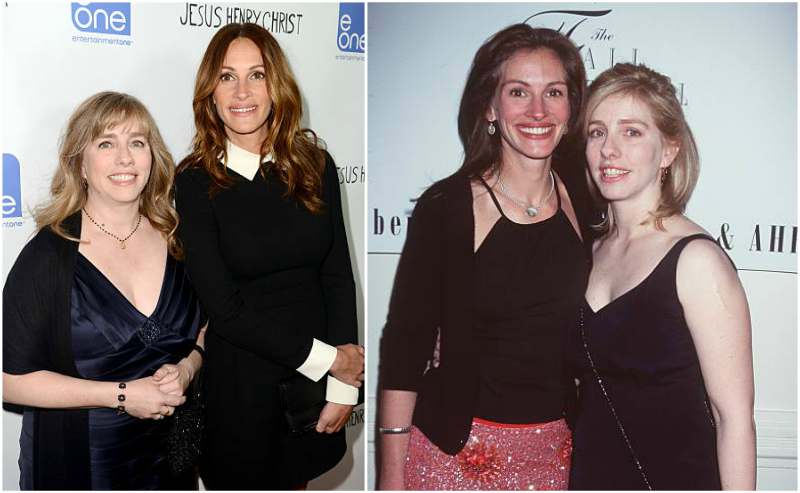 Lisa is an actress and producer just like her sister. She is known for co-starring with Julia in a few films like the famous Runaway Bride (1999) and was the producer for Nothing to Lose (1997). She has been married to fellow actor Tony Gillan since 1997. 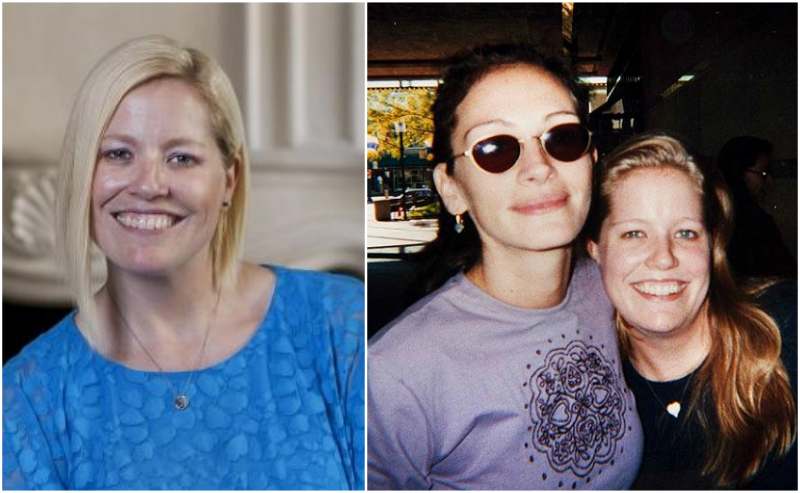 After Betty remarried Michael Motes, she added another daughter to her brood making it three girls. Nancy was however never an intricate part of the Roberts family as they literally had no relationship. We had enough details about how life was for the estranged Motes after she left a suicide note. She revealed quite a lot in the note and blamed her mother and the beautiful Julia for pushing her to her death. Motes who battled depression wrote that her family’s treatment of her was so awful that she cried every morning when she woke up.

It was not a surprise to see all she wrote as she had a prickly relationship with the Oscar winning star prior to her death. Their public feud started when the Motes daughter sold a detailed story about how her elder half-sister Julia used to tease her about her size. In the days preceding her suicide, Nancy posted a number of nasty posts on social media about how the Notting Hill (1999) actress was not worthy of being seen as America’s Sweetheart.

Her body was found by her fiancé John Bailey Dilbeck who was recalled in the note as her one true love who could have anything he wanted from her possessions. Nancy died of an intentional drug overdose and was found dead in her bathtub. 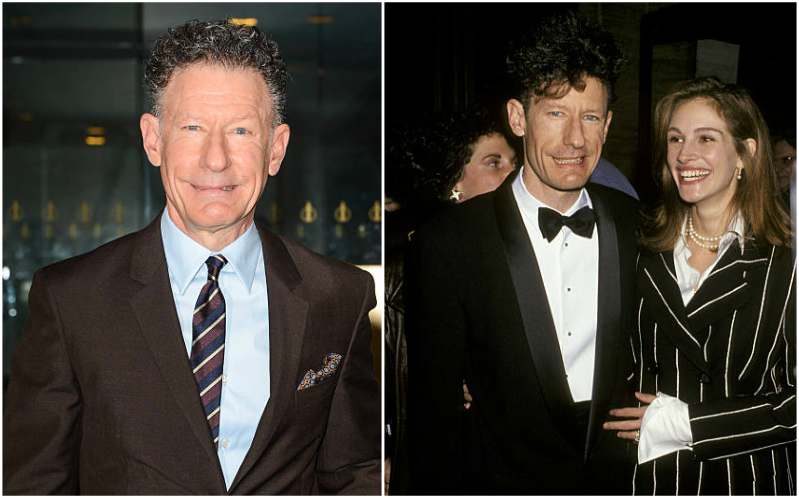 The famous Roberts was in a number of public relationships before finally tying the knot for a first time to country singer Lovett. Their union was unfortunately short-lived as the couple separated in just about two years after their wedding and it eventually led to a divorce. 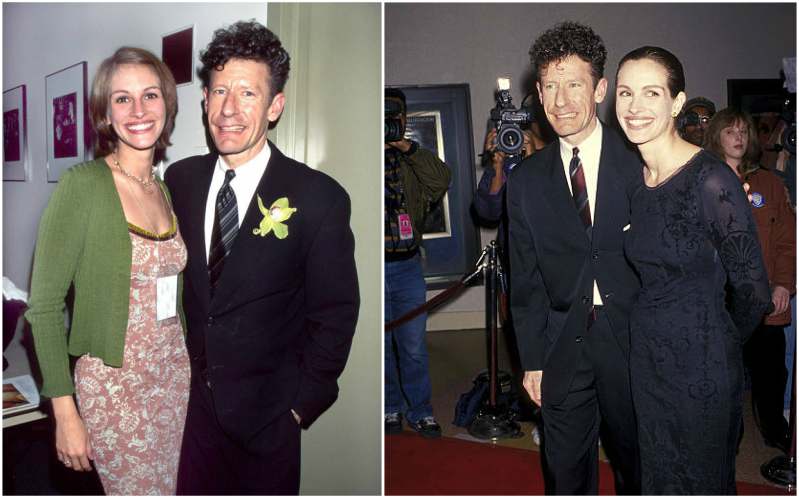 Lovett is a Grammy multi award-winning artist who has topped several charts for his country style. Since his first divorce, he remarried April Kimble after a 14 year engagement. 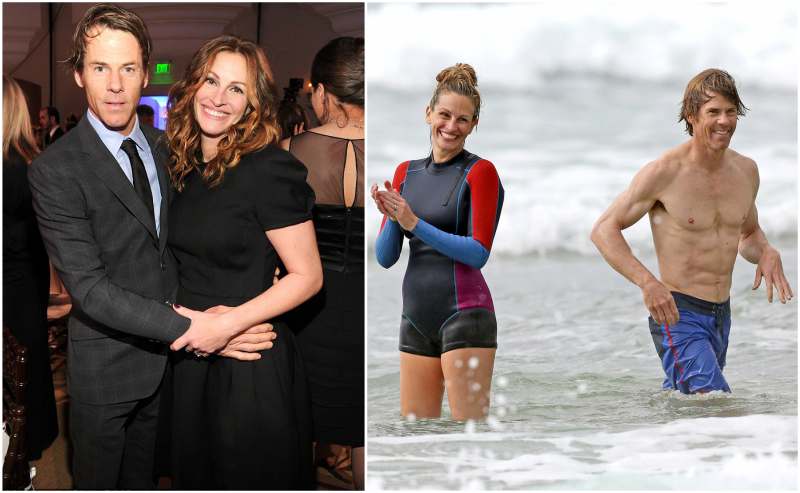 Duration of Marriage: July 4, 2002 till present

He is a successful cinematographer with a Primetime nomination for his work on The Normal Heart (2014). When Daniel and Julia met at the film set of The Mexican (2001), he was still with his first wife Vera Steimberg and Roberts was in a relationship actor Benjamin Bratt but their chemistry was so beautiful that they left their respective partners to be with each other. The love birds dated for a while and eventually tied the knot on 2002’s America’s Independence Day. They have so far become the parents to three cute kids and have been together ever since. 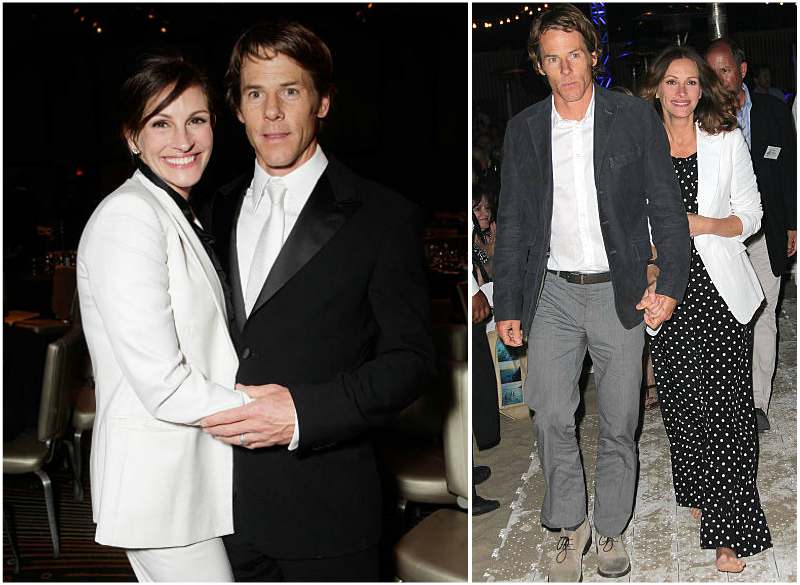 Just recently, an insider stated that the sweethearts might be heading towards a divorce with their many issues. They currently have been fighting over Daniel’s work schedule, her control issues and their conflicting views on child rearing. The family friend concluded by saying “I don’t know how much more this marriage can withstand”. Let’s keep our hopes high though as we wish Roberts and her beau all the best. 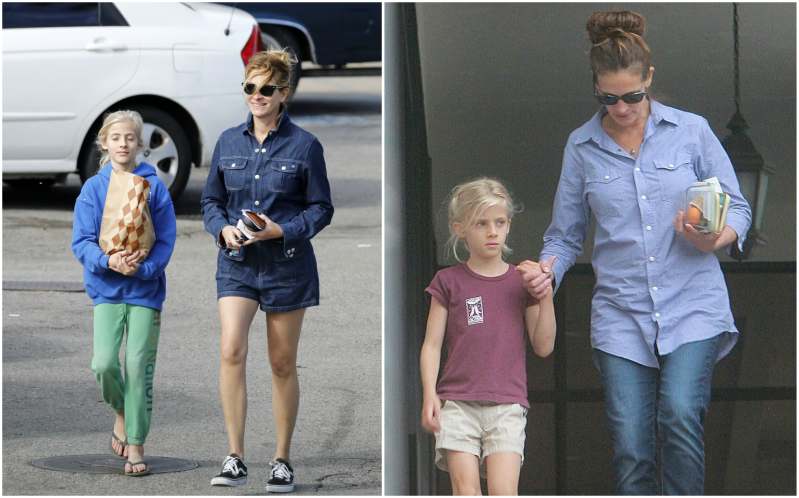 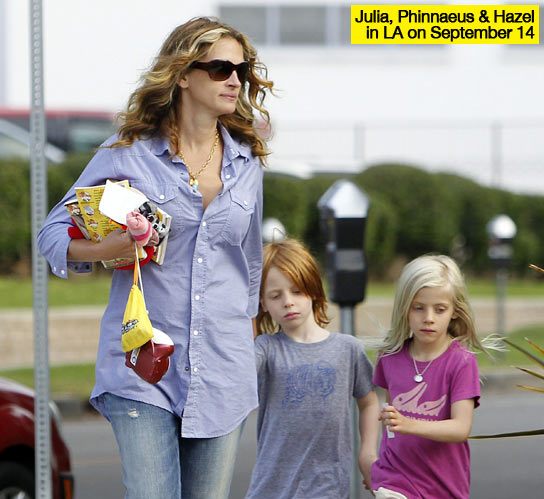 Her first pregnancy made her a mother of twins and shortly after their birth, both infants made the cover photo for People’s magazine alongside their mother. Hazel has featured in a few films like Mother’s Day (2016) and has a natural style according to their movie star mother while Finn on the other hand is the most fashion-oriented. 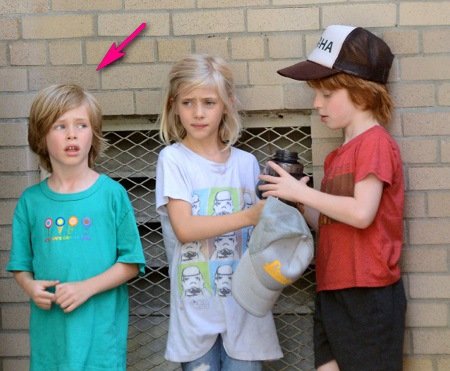 The Ocean’s Eleven (2001) actor became a mum to her third child when she welcomed Henry Daniel in 2007. All three Moder kids are definitely growing in a love-filled home far away from the meddling of the social media world. Julia mentioned once that her youngest child has an athletic fashion sense, who knows whether he might eventually fall in the sorts line?