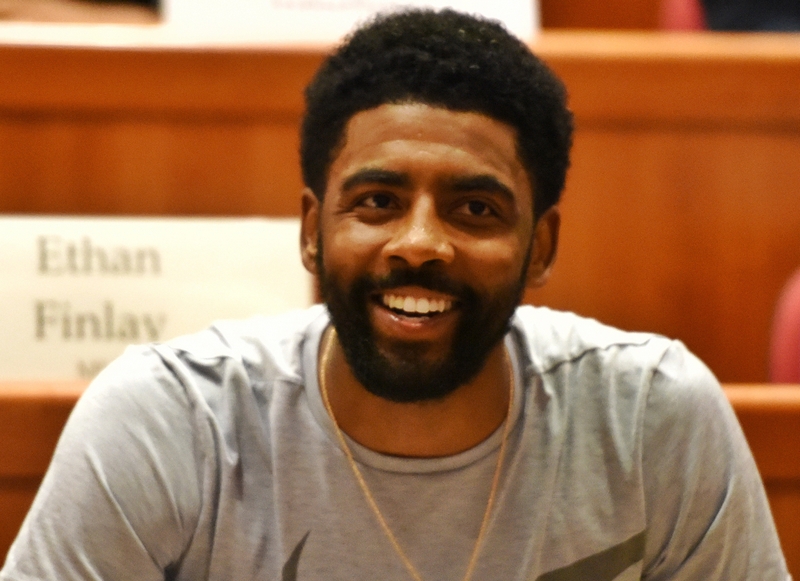 Kyrie Irving is one of the brightest NBA stars, who represents the Boston Celtics. He is an NBA champion plus the gold medalist of 2016 Olympic Games and 2014 World Cup.

Being engaged into basketball since childhood, Kyrie played at the college level before turning professional in 2011, when he joined the Cleveland Cavaliers. Within his debut season, he was called Rookie of the Year and in 2016, he reached the most desirable achievement for any basketball player, a victory in the NBA championship. Since 2017, he plays for the Boston Celtics. Additionally, Irving is a creative personality, who has tried his hand at acting, screenwriting and directing.

Though Kyrie Irving seems to be very strong and self-reliant man, the family support is incredibly important for him. Let’s see who provides this excellent player with love and inspiration. 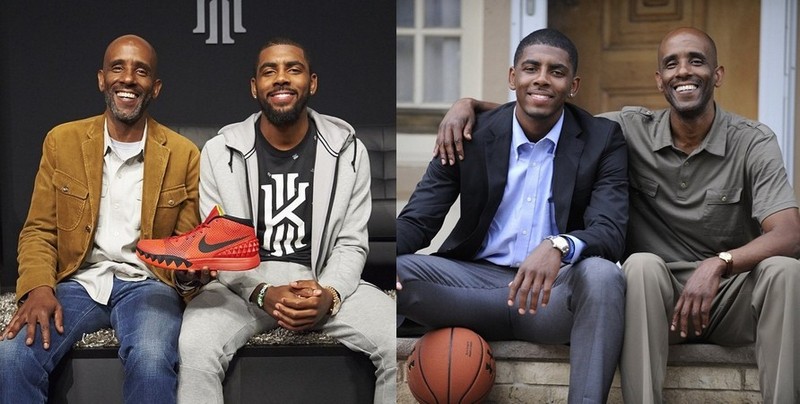 Drederick is a former basketball player, who became one of most prolific scorers in the history of Boston University. In 1988, he turned professional and moved to Australia to play for the Bulleen Boomers. When Kyrie was 2, the family relocated to the US. By the way, Drederick gained a degree in economics and in 2011, his stellar son promised that he would also graduate from the university after completing his athletic career. Perhaps unsurprisingly, Kyrie tells that his dad is his favorite player. From 1990 to 1996, Dred was married to the player’s mom Elizabeth. In 2004, he espoused Shetellia, a mother of his youngest child. 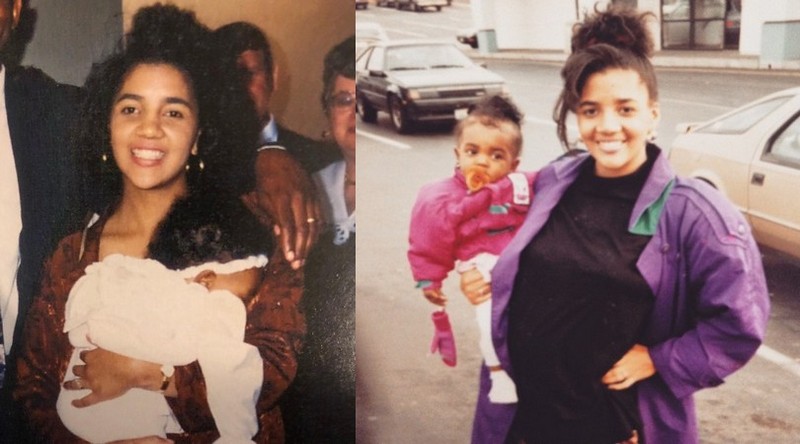 Elizabeth kept some Sioux (Native American) roots thanks to her mother. She drew the first breath in the tribe and was named Cynthia Jeannette Mountain, but her name was changed after adoption. Elizabeth was fond of basketball along with playing volleyball at the Boston University, where she got acquainted with her future husband. Elizabeth tied the knot with Dred in 1990 and they parented two kids together. Additionally, the woman was very gifted in music. Unfortunately, Elizabeth died after contracting sepsis when the future NBA star was 4 years old. A curious fact: Irving has a tattoo with his mom’s name on his left pec in addition to etching Elizabeth on his Nike-produced shoes. 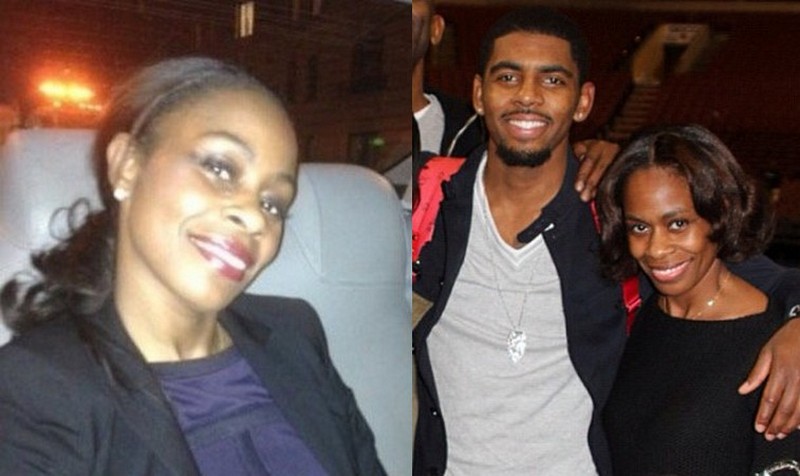 Shetellia is the current wife of Drederick Irving. The couple got married in 2004 and 2008, they welcomed their daughter. Shetellia is a director of sales at the Black Entertainment Television. 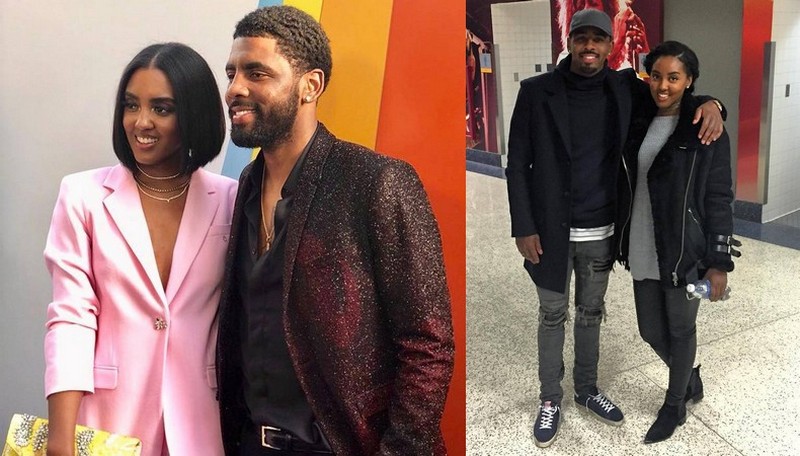 Asia is the athlete’s elder sister. Having graduated from the Temple University with a bachelor degree in science, she started to earn a living as a model. However, today, she deals with clothes design and is the owner of Elizabeth Smith store, named in honor of her mother. Additionally, she is a men’s wardrobe stylist. In 2018, Asia and her brother became members of the Standing Rock Sioux tribe, the one their mother pertained to. Basically, Asia is very close with her stellar brother and often shares photos with him on her Instagram. 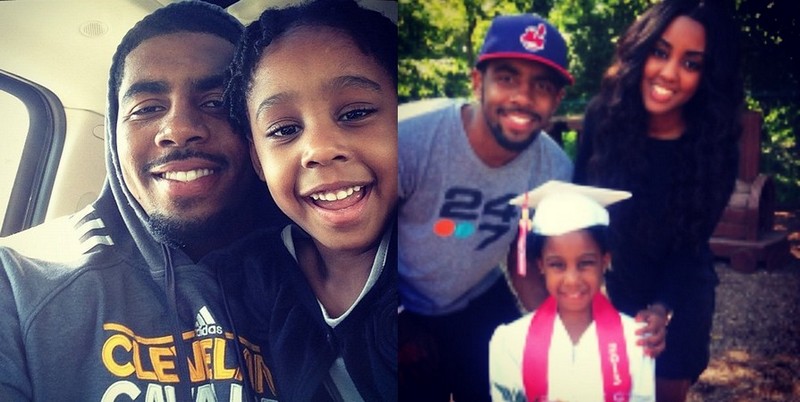 Being the younger half-sister of the player, London is the daughter of Drederick and his second wife Shetellia. Sometimes, she visits the games of her elder sibling and appears in public next to him. 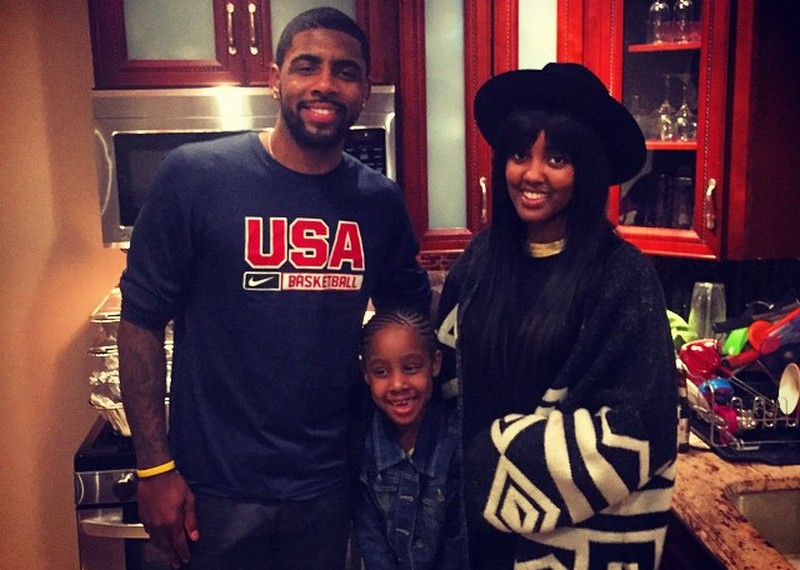 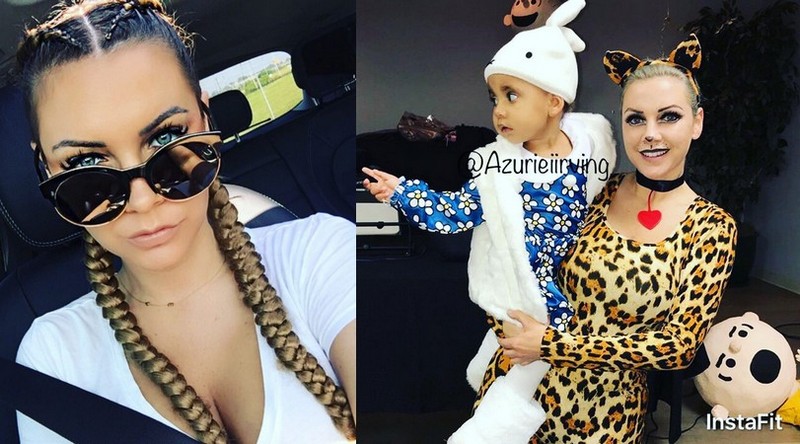 Andrea plays basketball for the Bendigo Spirit (Australia). She is also former Miss Texas. Kyrie and Andrea got acquainted in 2013, but broke up in 2015. In early 2015, it became known about Wilson’s pregnancy, but the Boston Celtics player demanded a paternity test to make sure that it was his kid. After getting the proofs, Kyrie assured that he would take care of the child and will provide financial support to Andrea. Despite their separation, Kyrie and Andrea try to maintain friendly relationship for the sake of their daughter’s happiness. 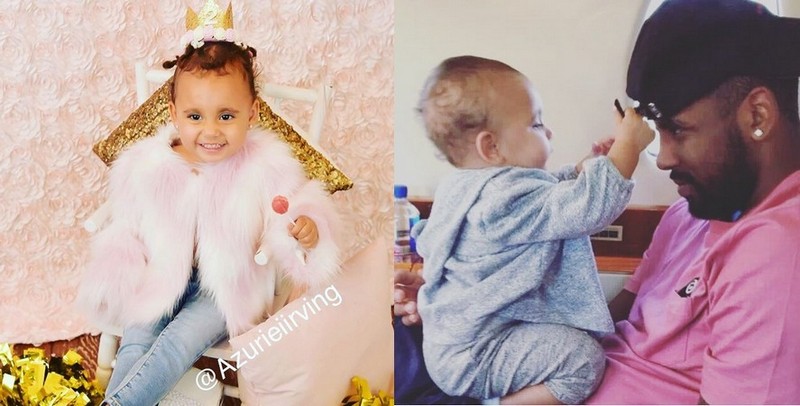 Kyrie Irving notified the birth of his daughter on Instagram. Azurie got her second name in honor of her late paternal grandmother. Irving shared that he gave the girl his mom’s name as he knew she would bless her. Though Azurie lives with Andrea, the NBA star always finds some time to spend it with his little princess. He even shared the video of her first steps on his social media. By the way, Azurie’s name is featured on her dad’s sneakers.

Ashanti and the other not-so-famous Douglases
Multiple-Award Winning Nicole Kidman, her kids and her marriages