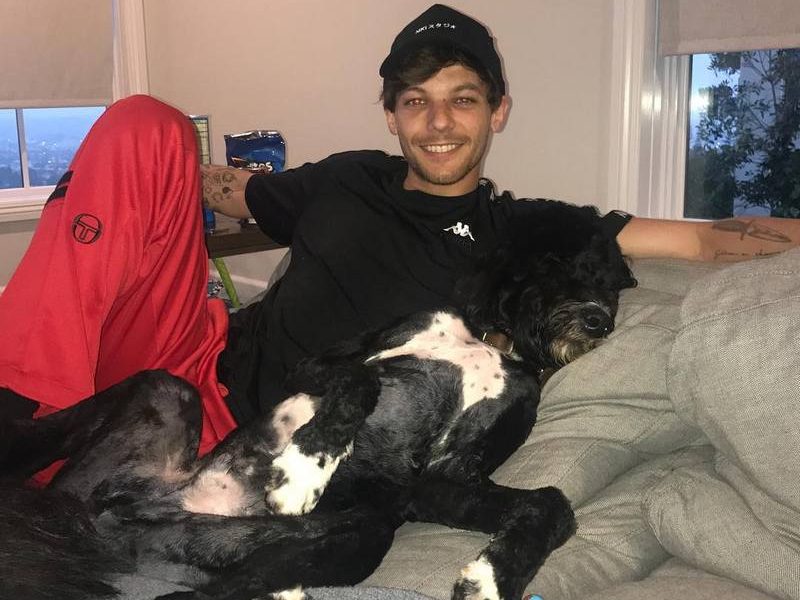 Tomlinson got involved into the entertainment industry in childhood and first appeared on TV in Fat Friends TV series. In 2010, he participated in The X Factor as a part of One Direction group and soon, he turned into a real teen idol. Having reached much success with the band, Louis decided to proceed as a solo artist in 2016 and launched his own record label, Triple Strings. In 2018, the musician became a judge at The X Factor.

Though the family of Louis Tomlinson is very friendly, its members had to pass through some tragedies. So, let’s have a more detailed look at the singer’s close people. 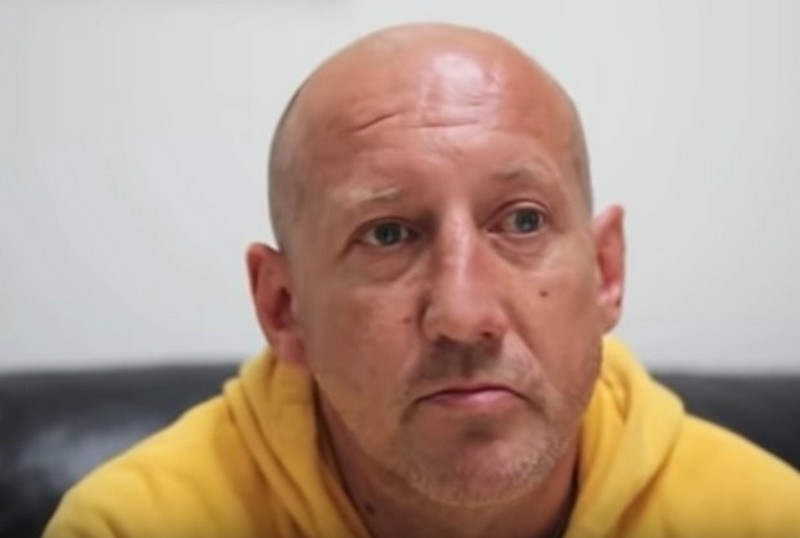 Troy separated with Louis’ mom soon after his birth. Now, he seems to be on bad terms with his son. Moreover, Troy fights against liver cancer, caused by his excessive drinking and smoking. 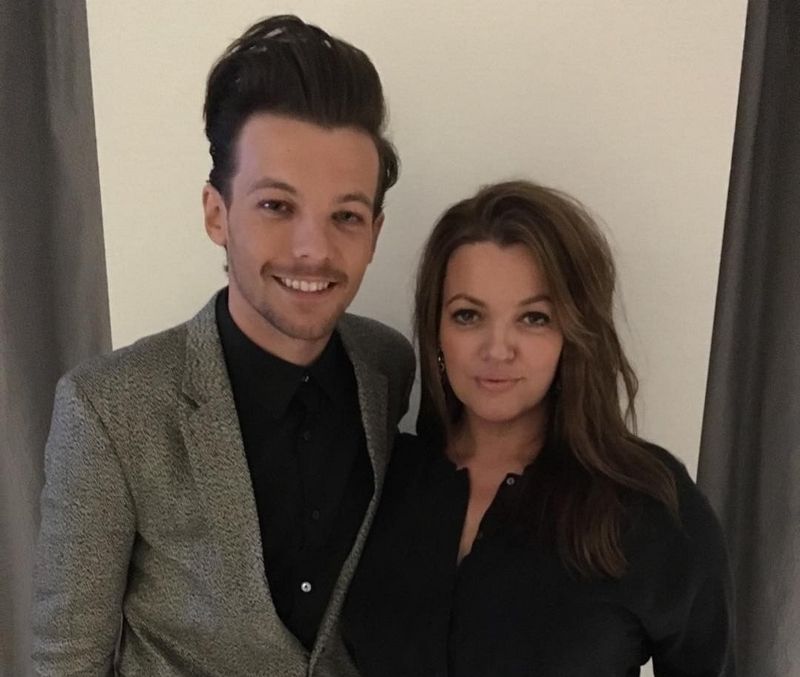 Johannah was a midwife and TV assistant. Additionally, she dedicated much time to charitable work. Having separated with Troy, Johannah got married to Mark Tomlinson, but got divorced in 2010. In 2014, she tied knots with Daniel Deakin. Besides Louis, the woman is a mom of six more children. Unfortunately, she passed away in 2016 suffering from leukemia. By this token, Tomlinson dedicated his Two of Us song to his late mother. 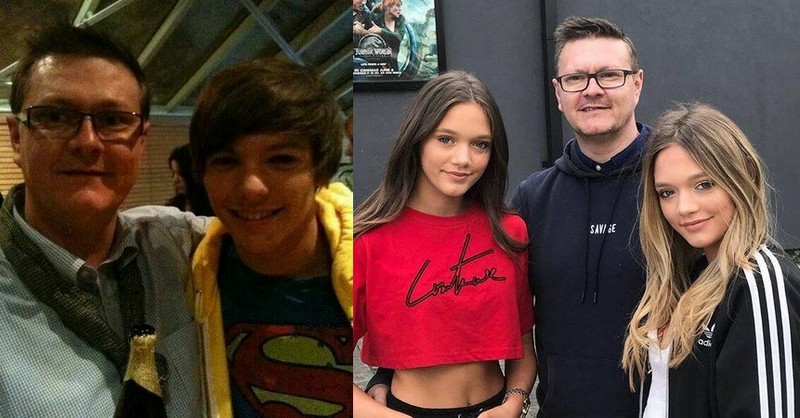 Mark espoused Johannah soon after the singer’s birth and is dad of his 4 siblings. Louis sees him as his father figure and even holds his surname. 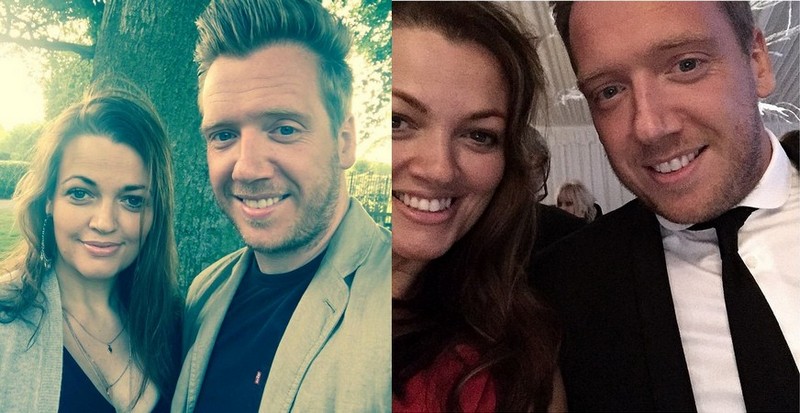 Daniel is the third husband of Tomlinson’s mom, who espoused her in 2014. Together, they parented two children. The man seems to be very close with his stepchildren and promotes them on his social media. 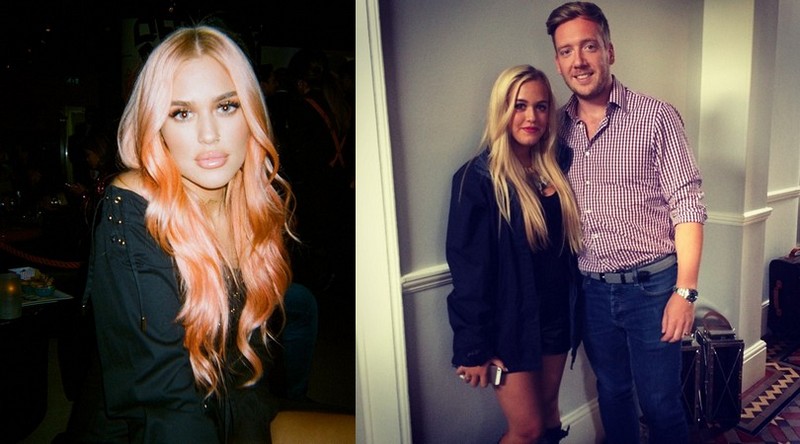 Charlotte, who is often referred as Lottie is a makeup artist, stylist and social media influencer. Moreover, she created Tanologist, a self-tanning product. Charlotte worked with One Direction on their On the Road Again Tour alongside her brother. In 2017, she presented her book Rainbow Roots: #MAKEUPBYME. 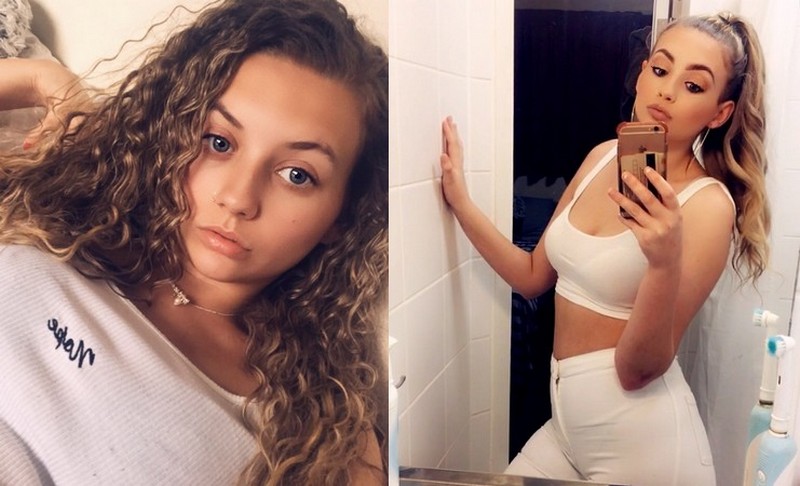 She is the daughter of Tomlinson’s biological dad from his second marriage. 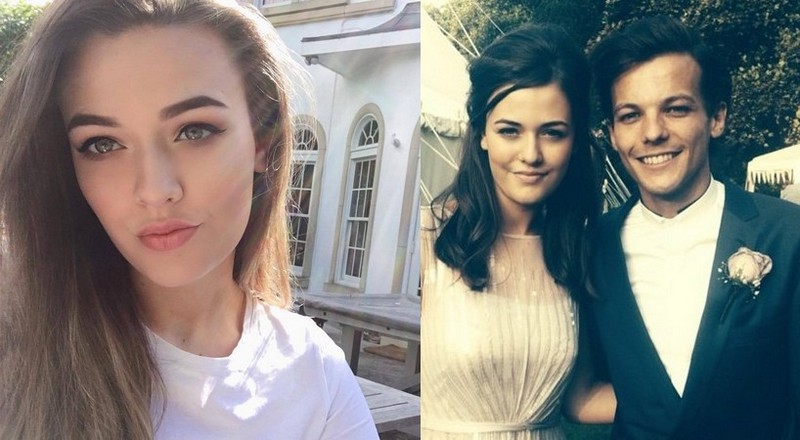 Felicite, who was often called Fizzy was a fashion designer and an Instagram star. After her mom’s death, she became rather antisocial and obsessed with diet and fitness. Just two months before her sudden death, Felicite made a tattoo dedicated to all her siblings with their initials. Previously, she tattooed her mom’s year of birth on her wrist. In March 2019, the 18 years old girl tragically died because of a heart attack. Her sudden death was a real shock for her family. 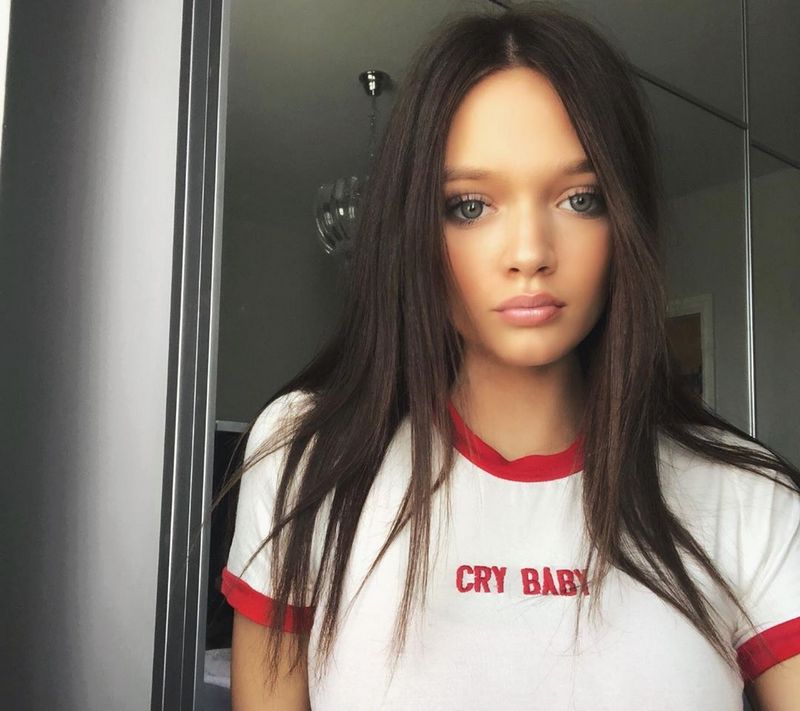 Daisy is one of Louis’ twin sisters. She is a social media influencer. She rose to fame after making covers for her stellar brother’s songs together with her sister Phoebe. 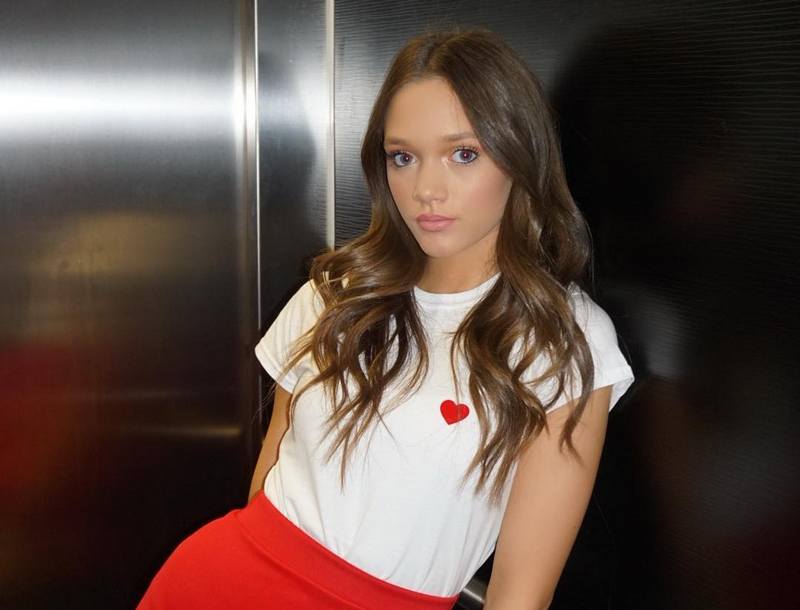 Phoebe is Daisy’s twin sister, who is 8-10 minutes older. The girls, who are absolutely identical and can be distinguished only by their teeth (Phoebe has a gap between her teeth), played babies in Fat Friends TV series. Phoebe runs a Youtube channel in addition to being a fashion and beauty blogger. 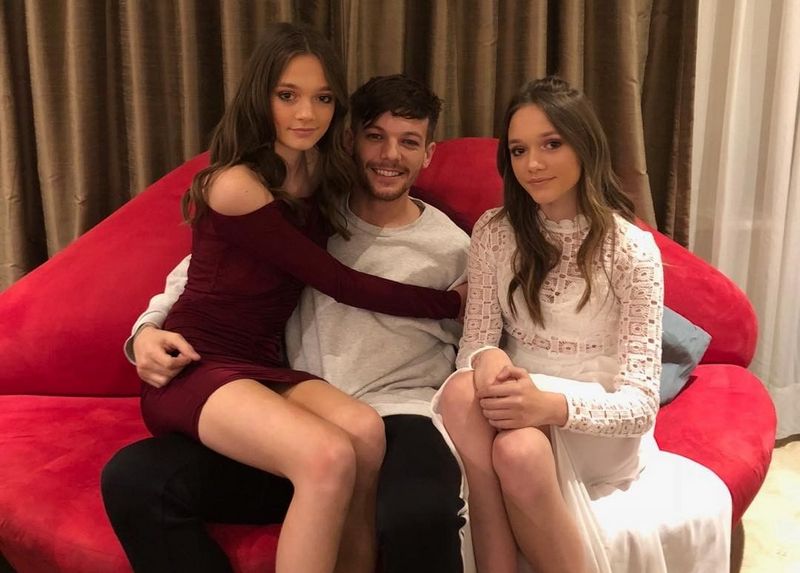 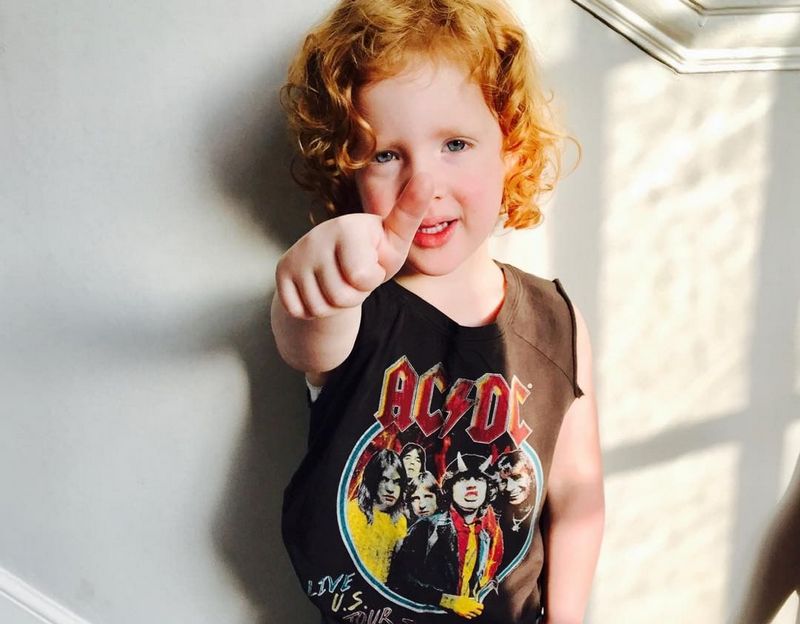 Doris is the youngest sister of the singer. She has a twin brother. 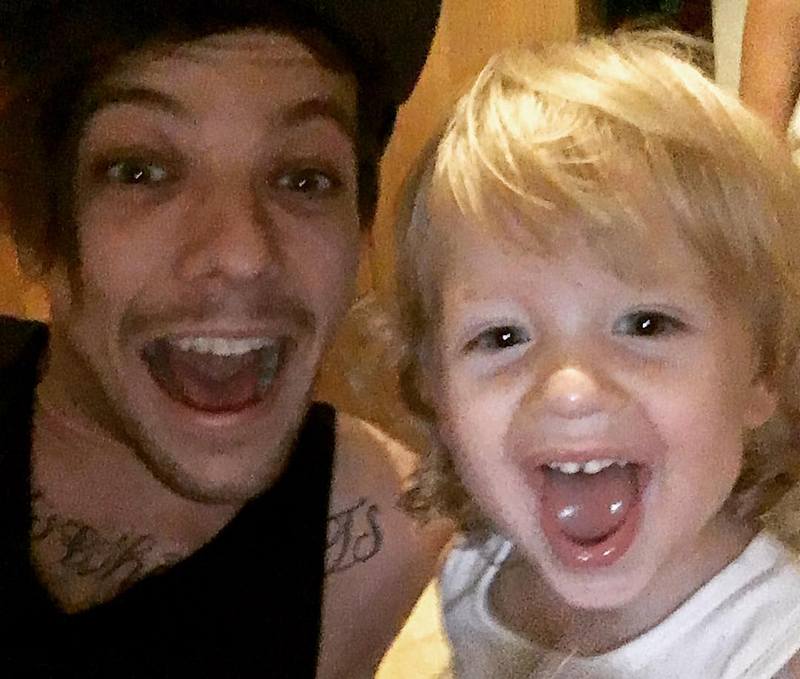 Ernest is Doris’ twin brother. The photos of the twins often appear on their elder siblings’ Instagram. 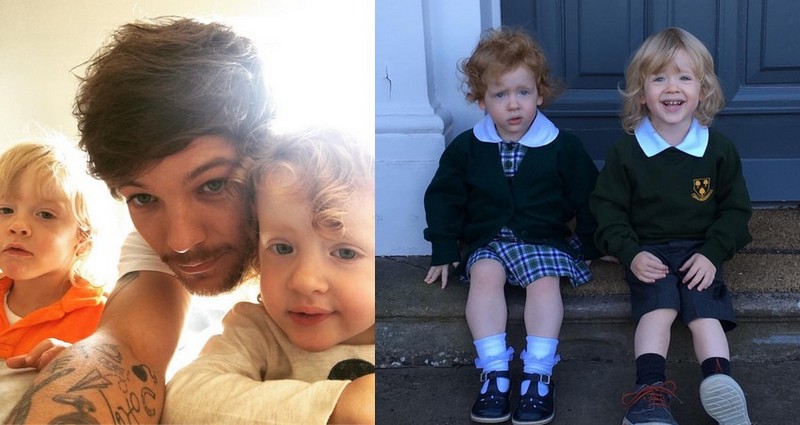 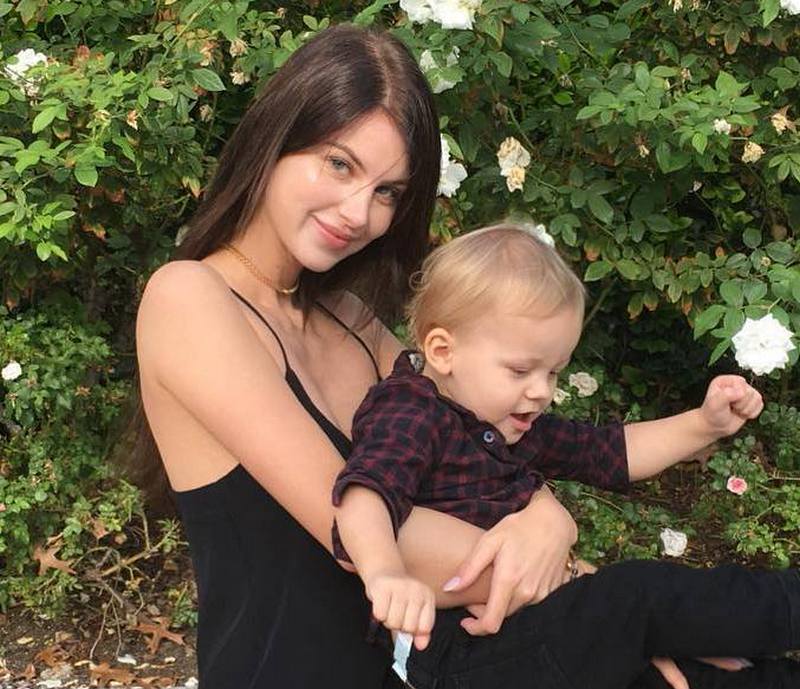 Briana is a stylist, who, in the main, works at photo shoots. She was introduced to Louis by their common friend in April 2015. Though their affair lasted for several months, it resulted in the birth of their adorable son, Freddie. Briana is too protective of her child and even had some quarrels with Louis’ girlfriend, who tried to play the role of mother for him.

Eleonor is a fashion blogger and Instagram model, who is also fond of traveling. She met the musician in September 2011 but in March 2015 they broke up. Louis later dated Briana Jungwirth in 2015 and actress Danielle Campbell in 2015-2017. However, Eleanor and Tomlinson reunited in the beginning of 2017 and seem to be inseparable now. They even have tattoos with each other’s initials. 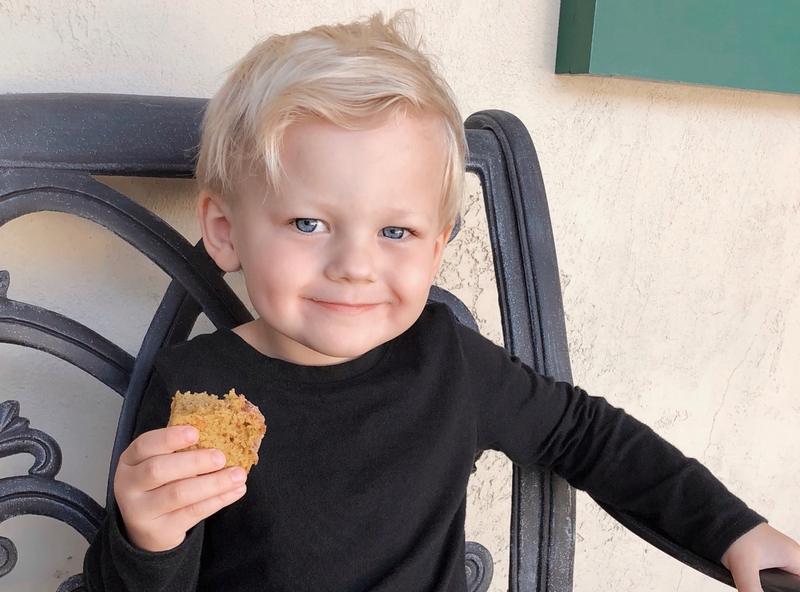 Freddie is Tomlinson’s firstborn, who lives in Los Angeles with his mother. Though his parents separated before his birth, they are on good terms and even briefly reunited to celebrate his first birthday. Freddie’s photos often appear on his mom’s Instagram and the boy seems to be very alike to his famed dad. Tomlinson reveals that he enjoys fatherhood and plans to have more kids in the future.