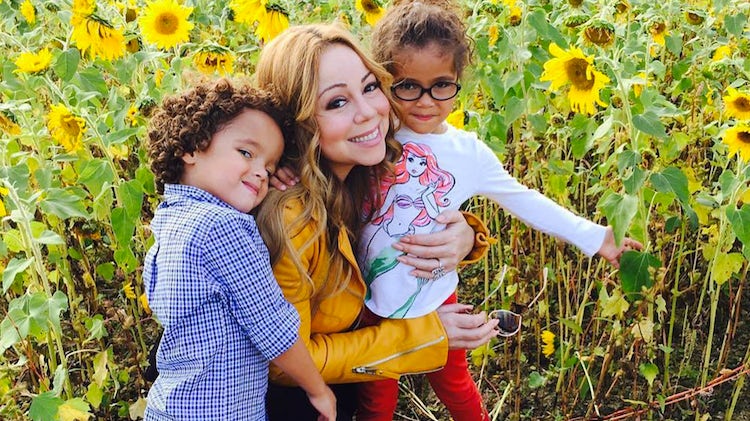 Carey is one of the most selling female artists of all time and holds the record for the most No. 1 debuts in Billboard history. The pretty singer is recognized for her signature use of the whistle register and her unique singing style. What started as an accidental imitation of her mother gradually evolved after much home training and fine-tuning, into her debut public performance at age six.

Virtually everyone who listened to her fell in love with her voice and it is still the same today. She started writing her own songs in middle school and the dream to become a famous singer was birthed. Mariah Carey rarely showed up for classes as she was on one trip or the other studying with music professionals. Her career success did not happen all at once though she was extraordinarily talented; she had to work several odd jobs like being a waitress, coat check girl and even a salon hair sweeper. All along, the only focus she had was to be an international music icon.

Today, we are sure the Touch My Body singer has exceeded whatever dream her little teenage mind could cook up. She is not just an international music icon but a daughter, sister and mother. Read on as we take you through the lives of the people closest to the star pop artist. 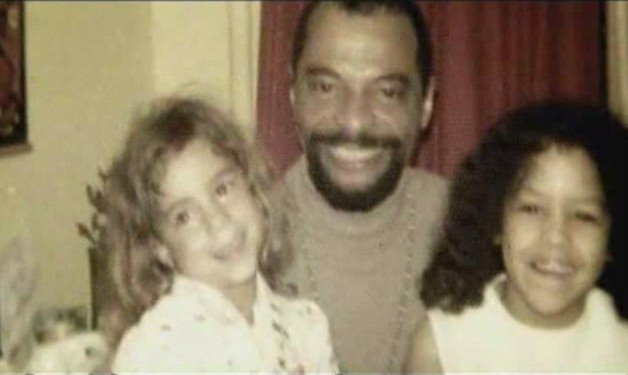 Alfred was an aeronautical engineer. He was never really in the picture as he split from his wife when his most famous daughter was just a toddler. One of the major reasons for the divorce after over 10 years being married was the great distress and tension from racists. After the divorce, Mariah and her elder bother lived with their mum while Alison went along with Alfred.

Roy developed cancer at some point in his life and after many years of battle, he died in 2002. After he passed, Mariah admits that she regrets not spending enough time with her father while he was alive. 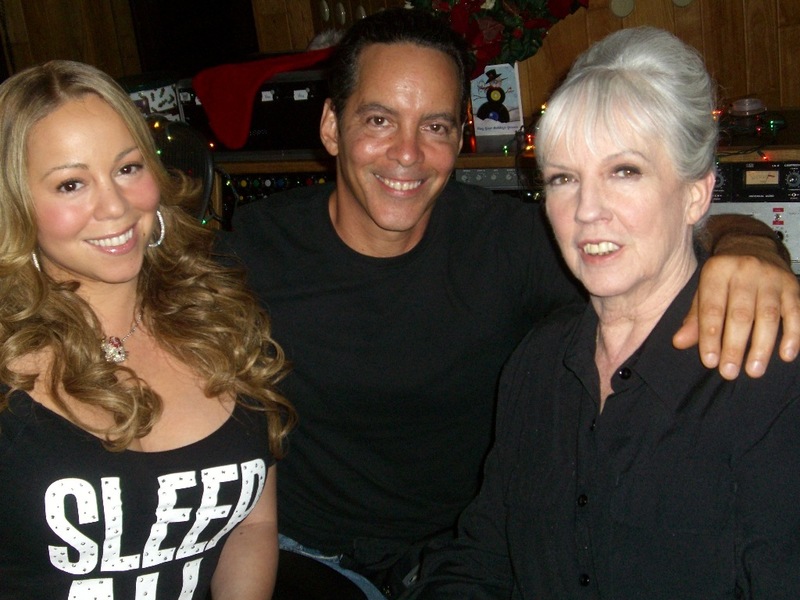 She was a mezzo-soprano opera singer who worked as a freelance part-time vocal coach. The Carey family were faced with racial insult and hostility for being a multiracial family (Alfred was African American/Venezuelan) and to crown it all, Hickey’s parents disowned her after she married Carey. The union never lasted up to 15 years though as Patricia and her lover split when their youngest daughter Mariah was three. 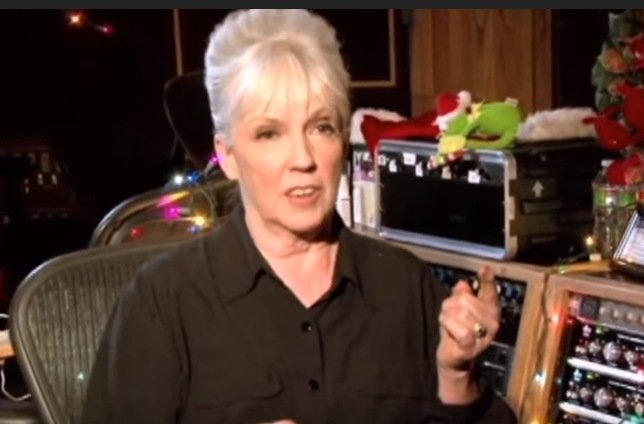 She then became the struggling single mom that had to work multiple jobs to keep her home together. Patricia was lucky enough to successfully provide a spirited and loving household for her children despite their financial shortcomings. One day when Hickey was rehearsing for a role in Opera Rigolettos, she heard her daughter imitating her perfectly. That was how the young talent was discovered and being a voice coach herself, Patricia started the journey to help develop her daughter’s vocal skills. 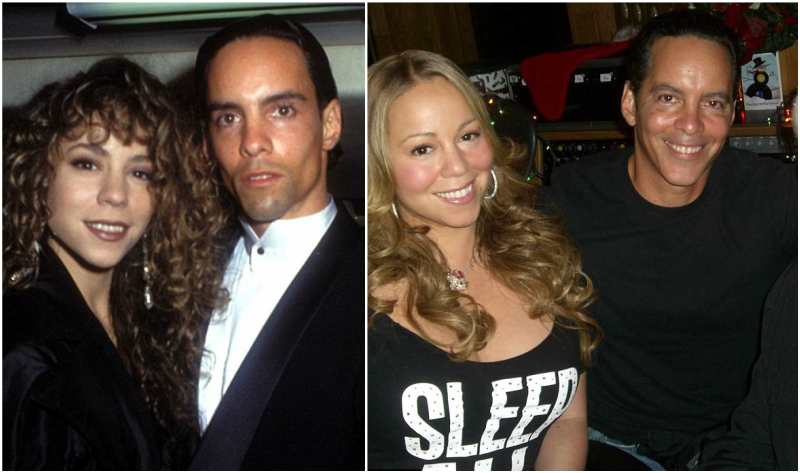 He used to work as a fitness instructor before later becoming the executive of the YG label and the manager of Korean reggae artist, Skull. He was very close with the songstress until they had a nasty rift that was never mended. He stated in an interview that he had not spoken to his sister in over five years and that she cares about no one else but herself. 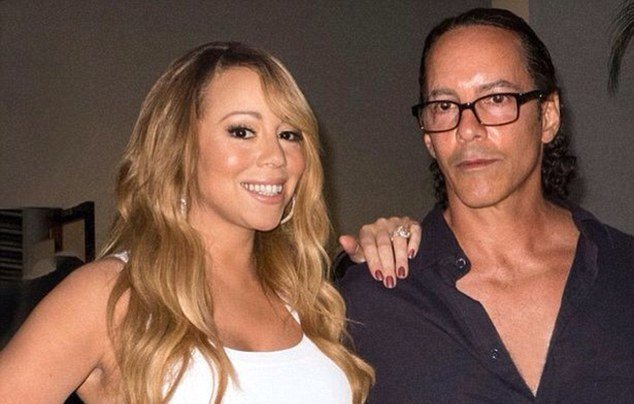 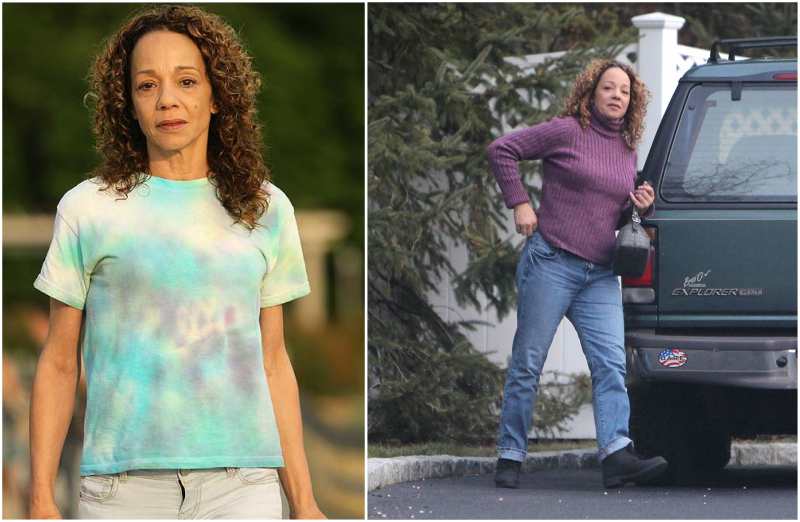 The Vision of Love star surprisingly has a sister who is living several ladders down the wealth ladder as compared to Mariah. She was charged for prostitution in 2016 for having advertised herself online and even including a part of her sister’s songs as reference. This was shockingly not the first time as back in 2005, the HIV-positive Carey who worked as a prostitute was arrested.  She had been working on and off as a call girl so she could fund her drug addiction.

Alison is the mother to four children and Mariah has been very helpful financially. The famous Carey says she tried to help her elder sister but was not appreciated so she decided to stay in her lane. In the process of keeping calm, brother Morgan rose up against Mariah saying she is not doing enough for the family especially for Alison.

In March 2016, Alison recorded a desperate plea for help but the famous Carey was not to be bothered. The older Carey sister has admitted that she knows she has had a good number of problems in the past but now she is ready to be a better person and be the same big sister to the multiple-award winning star and the loving auntie to her kids. 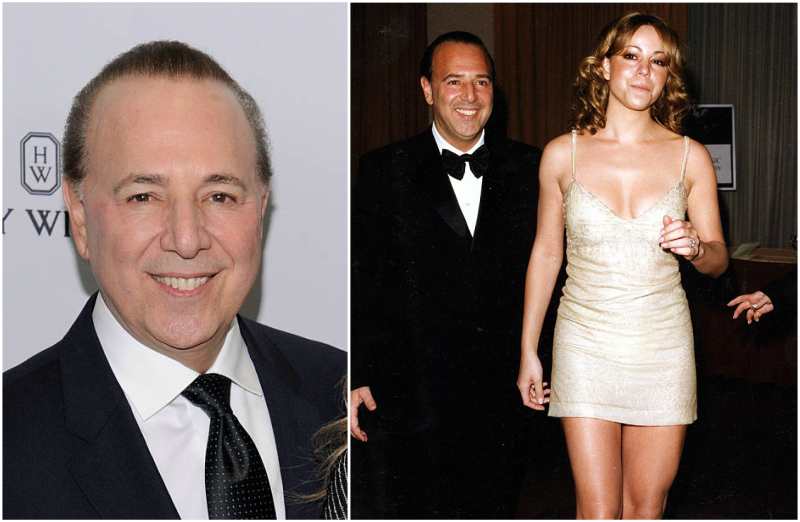 Mottola co-owns Casablanca Records and was the head of Sony Music Entertainment for over 10 years. He started off as a talent manager before establishing his own record labels and is today a well known music executive. She first met Tommy when she was 18 and a wannabe singer. Mottola was the president of Columba Records (later Sony) at the time and she was fortunate to have him listen to her demo tape. After the first listen, he signed the young starlet on and she immediately set to work on her first eponymous album. 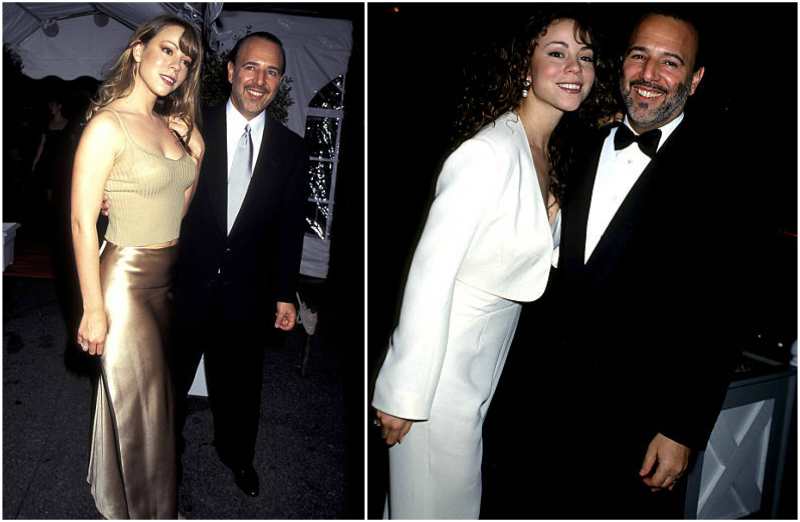 She was married to the wealthy Tommy at a spectacular ceremony but divorced after five years without any kids. After her first split, the gifted artist dated a number of people including Latin singer Luis Miguel. She never walked down the aisle with anyone else until she met the dashing 10-years younger Nicholas Scott Cannon who swept her off her feet. Tommy has been married thrice and is the father of four children. 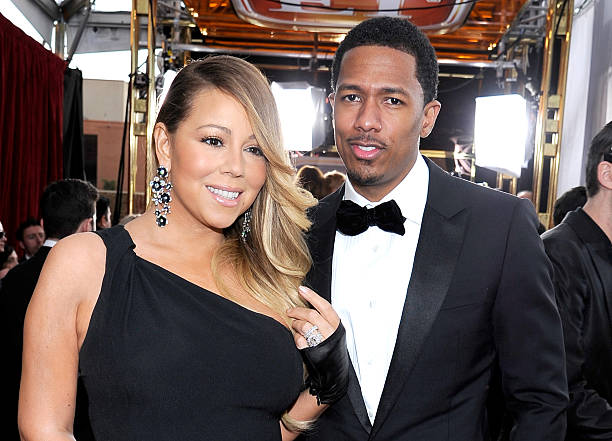 The Gigolo singer and Carey began a relationship after he appeared in her music video for “Bye Bye”. They dated for less than two months in 2008 and the next thing we knew was a secret wedding that same year. Their union lasted eight fertile years and ended with them being the proud parents to a set of cute twins.

Despite Cannon not being with the We Belong Together singer, they maintain a very cordial relationship if for nothing else but their kids. Just recently, the ex-couple were seen giving maximum fun when their babies clocked 6. It was such a joyful sight to behold. The music diva has been a regular face on Nick’s Instagram account lately even though they are always seen with their kids. Rumor is spreading however that a romantic reunion might just be brewing between these ‘ex-lovers’ and the lovely twins might just be a cover up. 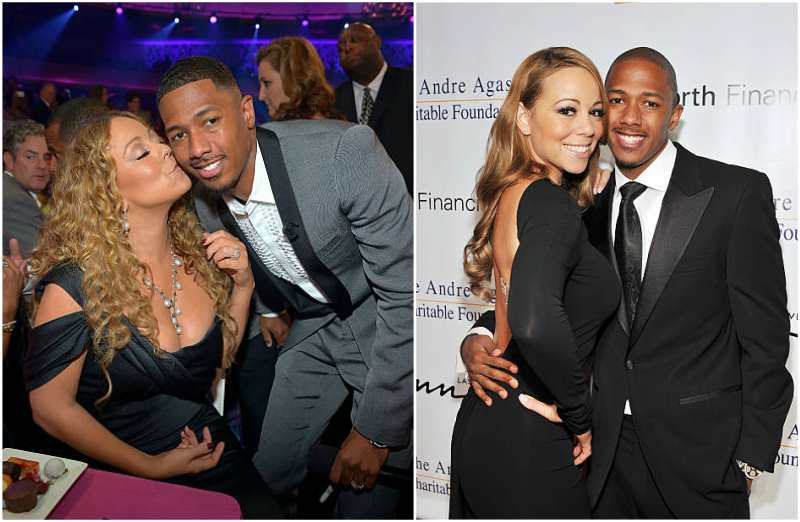 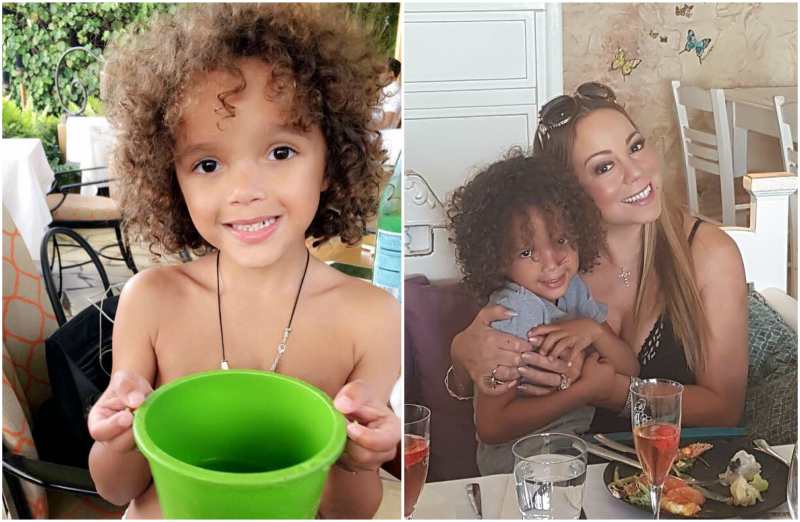 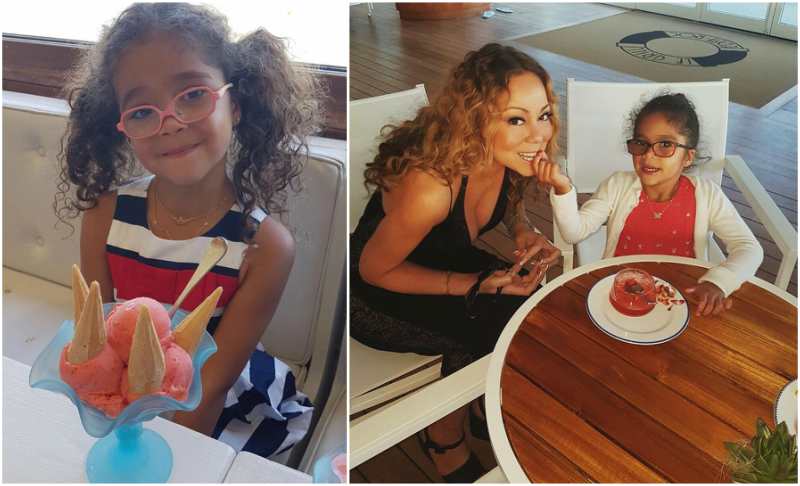 Carey slowed down after announcing she was having a baby with her former spouse. What was to be a first child became their first set of kids who were delivered via C-section. As though she was a pro at mothering, the golden voice box embraced parenthood and still managed to treat her fans to a holiday album for the Christmas season.

Roe as she is lovingly called is the adorable look-alike to the amazing singer and is named after her mother’s idol Marilyn Monroe. The second twin was given Moroccan because Nick proposed to Mariah in a Moroccan styled home; he is also named Scott after his father. The twins are no doubt lucky to have such doting humans as parents. Thankfully, Mariah has a ridiculously expensive taste to go with her love – the twins are always treated to nothing but the best. Both siblings respond well to music and who knows whether they would end up becoming international sensations in the nearest future? 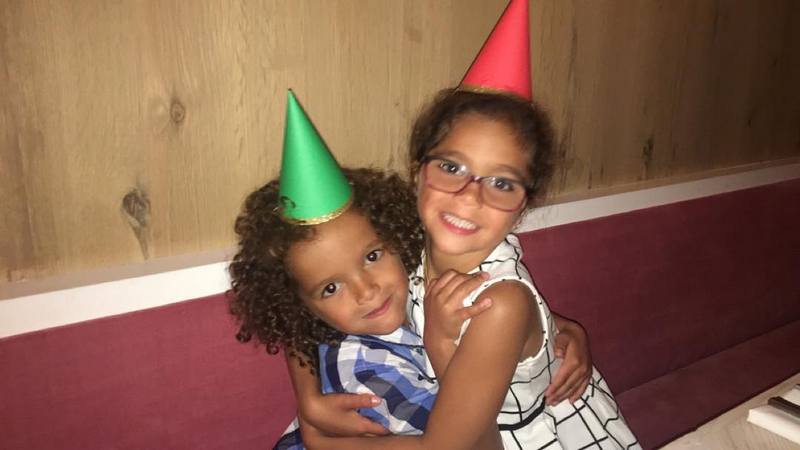