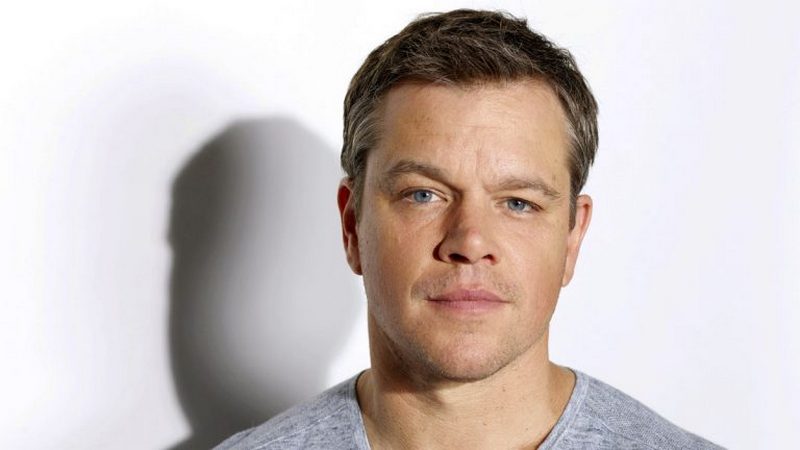 Matt Damon is not just a household name in Hollywood, he is known all around the globe for his special gift when on set. He has been consistently recognized as one of the highest paid actors in the industry and is in fact on the list of highest-grossing actors of all time.

He started acting from his high school theatres and by 1988; he made his debut professional appearance. Within just a decade in the industry, Damon had earned an Academy nomination for best actor but it was yet the early days in his career. As the years went by, he garnered more praise from his spectacular skills and soon became a highly sought-after star.

Damon is known for his versatility; he does well with any genre and is also a voice-over actor in both animated films and documentaries. He is now a movie producer and screenwriter and is also a huge lover of charity. Keep scrolling as we take you on a ride through the sweet family of this accomplished actor.

You may also like: Matt Damon’s best magazines covers throughout career 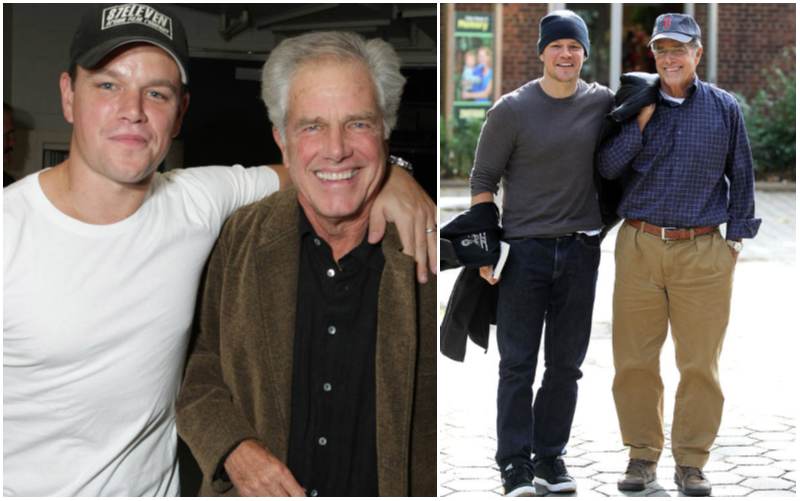 Kent was a stockbroker, realtor and tax preparer but also had a role in Stuck on You (2003). He divorced his wife in 1973 and the Damon kids had to grow up in two households. Matt says both homes were lovely and he never had a contentious relationship with any of his parents.

The late Damon was diagnosed with multiple myeloma in 2010 and battled with the disease for a few years. Since his diagnosis, his celebrity son has helped raise awareness and funds for cancer research and treatment.

Kent eventually died from this blood cancer at 75 and is survived by his lovely kids. It was easy to see how proud Papa Damon was of his son as he even mentioned one time before he died that Matt was all anyone could ever ask for in a son and that it has been a wonderful ride being Matt’s dad. 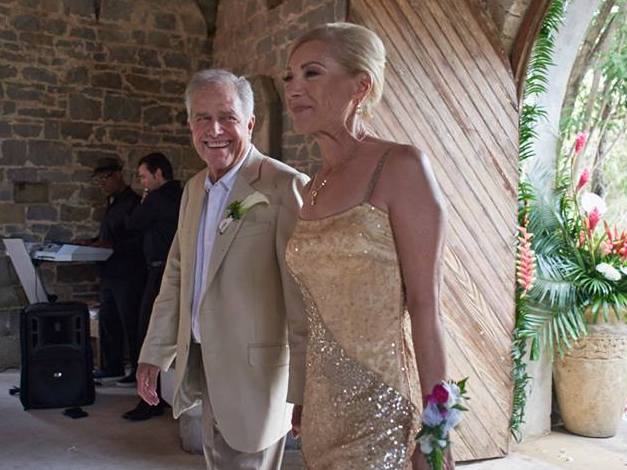 Kent married Celeste after divorce with Nancy and lived with her till his death. 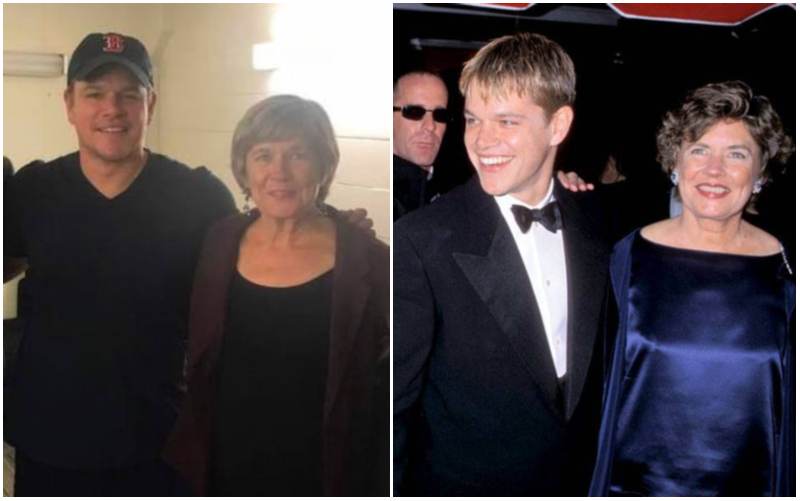 She is a famed educator and is best known for her works on early childhood education, education policy and advocacy. She was and still is the best mom the Damon kids could ever ask for. Nancy was always supportive of their dreams but was also big on them getting proper education. 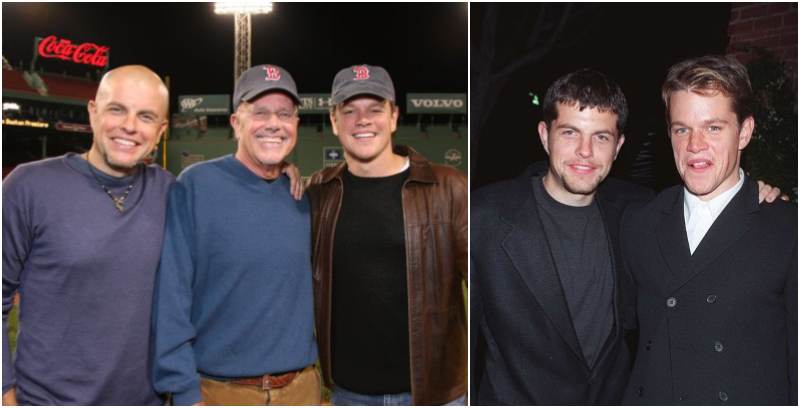 He is a painter and a sculptor and according to Matt, their mother knew early on what profession her boys would be going into and amazingly, her predictions proved true. 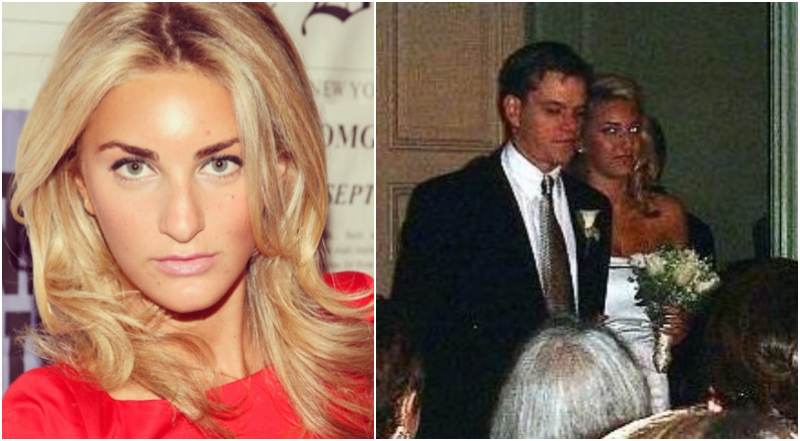 Sarah is the step-sister to the star actor from the Bourne franchise (2002 – 2016). Her mother Celeste married Matt’s father. She is a model and is trying herself as an actress. 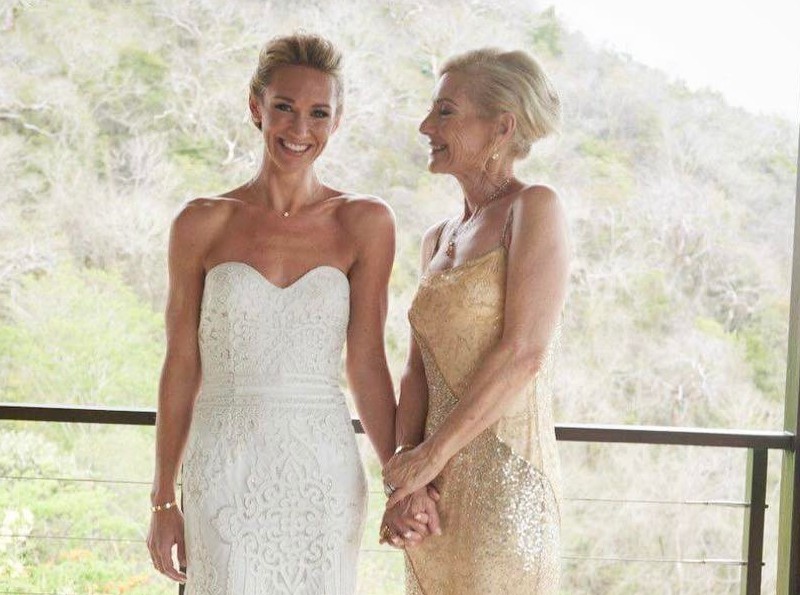 Julia is another Matt’s step-sister from his father marriage to Celeste. She is the co-founder of Orchard Mile. 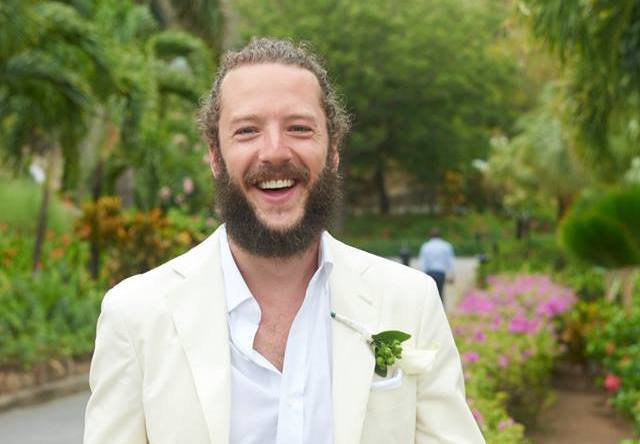 He is Matt’s step-brother and another Celeste Damon’s child. He lives in Brooklyn, New York. 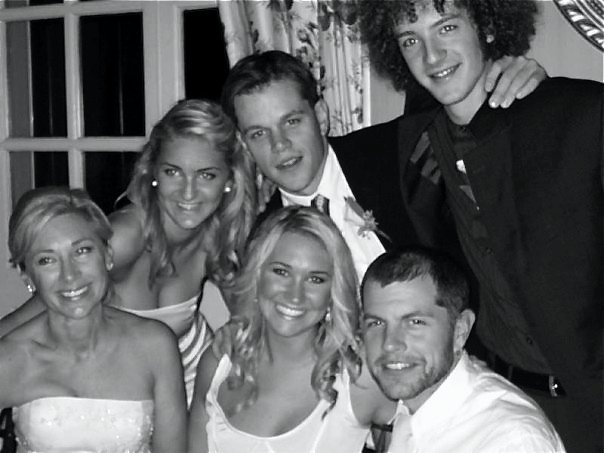 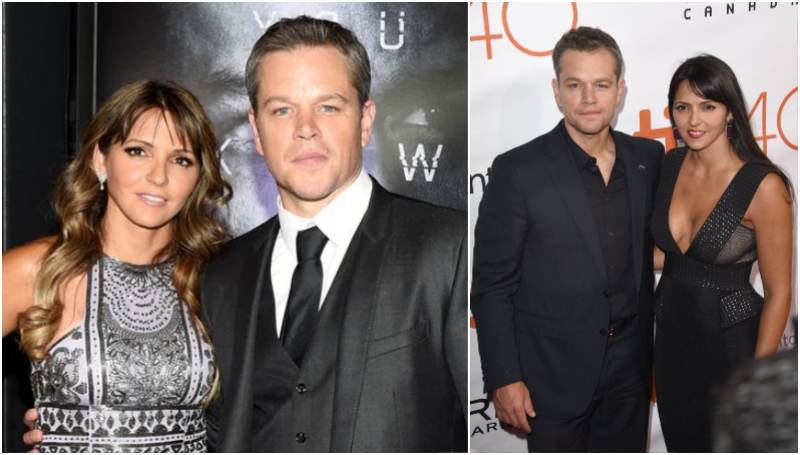 Duration of Marriage: December 9, 2005 till present

Matt met Barroso in April 2003 at a party in Miami where he was filming a movie, she served as a bartender and the actor happened to be one of her guests. He was attracted to her; they got talking and soon started dating. It didn’t take so long for the Good Will Hunting (1997) actor to know she was his soul mate and things progressed from there.

He knew she was divorced and that she had a daughter already but none of this mattered to Damon as by December 2005, he got secretly wedded to Argentine-born Barroso. Since their wedding, their union has been one of the envied relationships in Hollywood and the couple also seem to be having the best of life together. 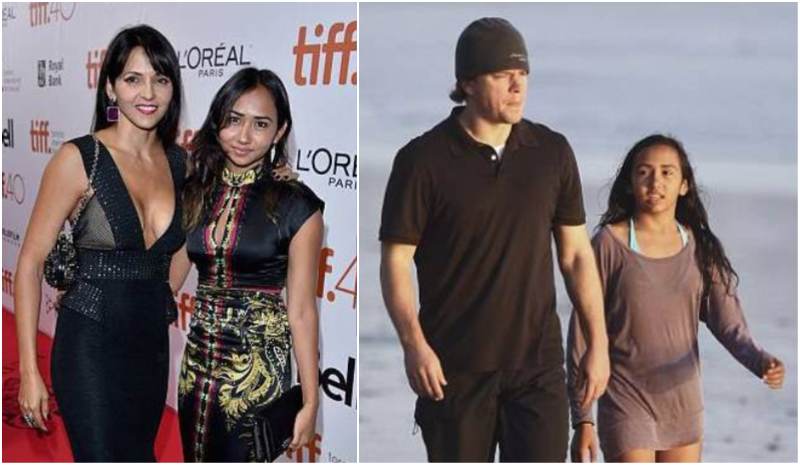 Alexia is a budding American actress and is also Damon’s step-daughter. Her biological father is Arbello Barroso, Luciana’s former husband. She has been raised as a Damon and her step-dad is the coolest ever; he has been every open with her and making a great woman out of her is his utmost dream.

The Behind the Candelabra (2013) star says Alexia has been a great help with raising the three younger girls and they all relate as one big family. 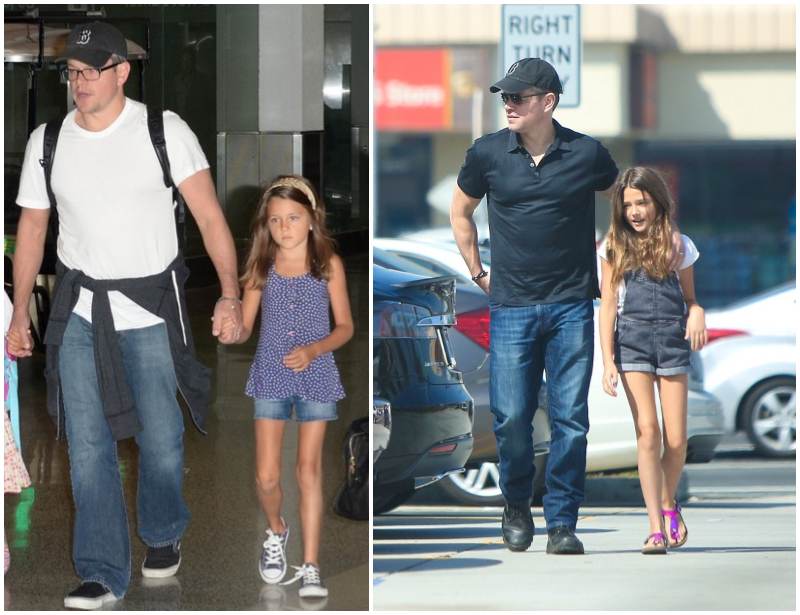 She is Matt’s first biological child and had been conceived already months before her parents got hitched. The star actor says people always mentioned how great it was to be a husband and a father but he explains that one can’t truly understand the wonderful feeling until one experiences it firsthand. He was the happiest man ever when Isabella was born and has been a very hands-on dad. 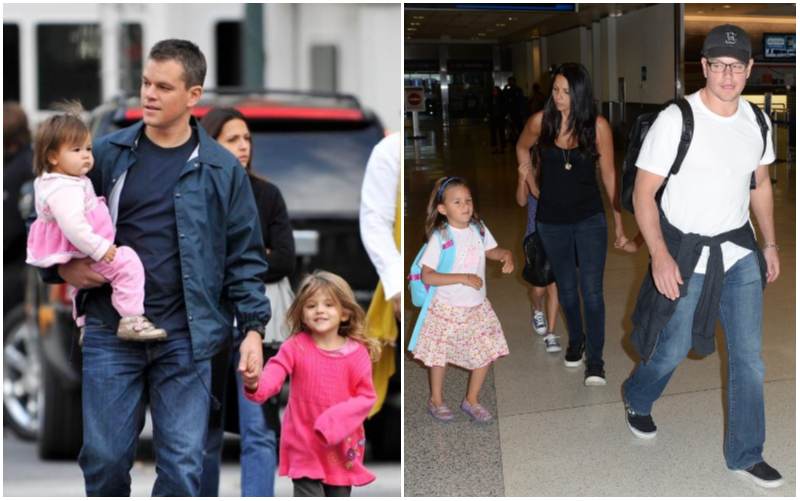 Whether it is an outing or just an indoor day, the Damon brood always try to spend quality time with each other. Matt didn’t get this much privileges when he was growing as his family was a middle-class home so raising humble kids even with his global status remains one of his life’s goals. He is committed to raising daughters who understand their place in the world and he thinks this can be best achieved by making them experience other parts of the world. 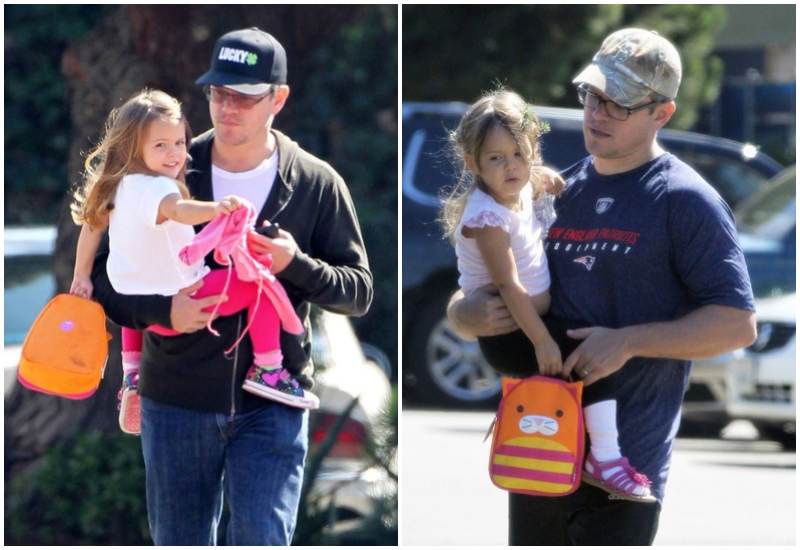 Stella is the youngest among the Damon girls and as expected, she holds a special position in the family. It’s enough that Damon is a super wealthy actor but with more fame comes more gifts from people. Interior designer Barroso and Damon try not to spoil their kids so when gifts are surplus, they pass them on to the under-privileged so their children have a much-needed balanced perspective on what life really is.

Matt says they have a rule in their home where they don’t go more than two weeks without seeing each other. Whether he is in the country or not, the gifted thespian says he has to be home at least on weekends and this sweet habit has helped a great deal in keeping their family well knitted. 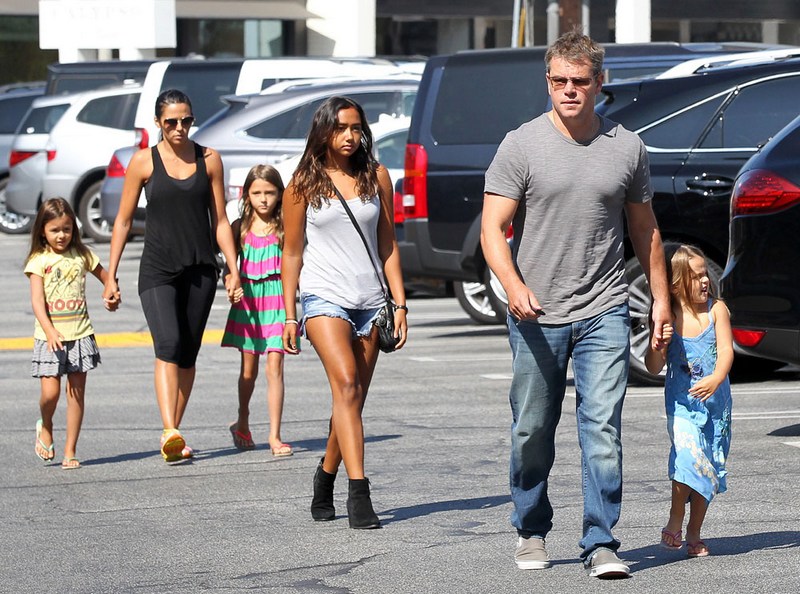