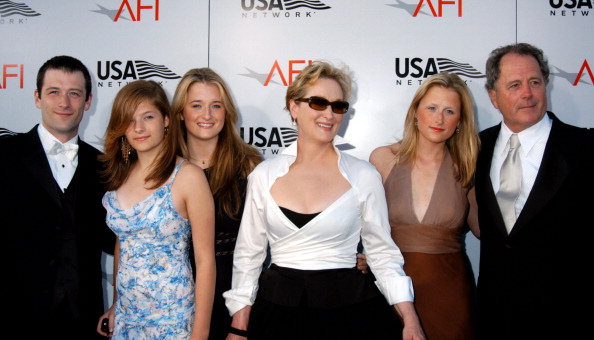 Considered by many to be the greatest living actress, Meryl Streep is one of the biggest icons in Hollywood. The villain in The Devil Wears Prada (2006) is the definition of an acting legend with over nineteen Academy Award nominations since the onset of her career. In the history of acting, no one has received as many Academy nominations as the totally believable onscreen chameleon, Meryl Streep.

If you think Meryl Streep is an inspiration to those in the entertainment industry, wait till you know about her kids. She is the biggest inspiration to them in their careers. Imagine how much pressure they would be under to be children of such spectacular talent. Before we talk about the Streep children, let’s take a look at her ever available, ever loving sweetheart Don Gummer. 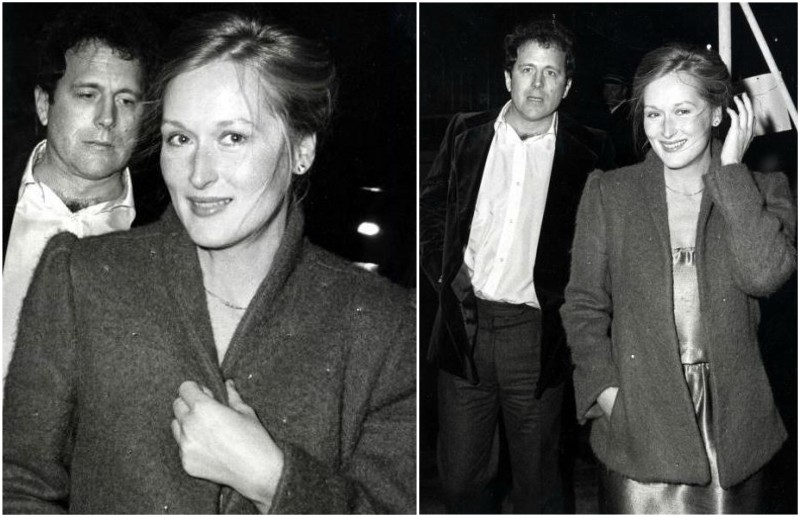 Duration of marriage: 1978 till date

Don Gummer is Meryl’s super supportive husband of more than 40 years. He is a successful professional sculptor that was very keen on keeping his private life private. We give all kudos to Don because he did a really great job at this. While his wife was out being famous, he made sure they still lived a normal life as much as they could. In his own vein of fame, Gummer has quite a number of exhibitions, collections and commissions to his name, one of which is “Gummer on Broadway”.

Before their 1978 marriage, Streep was in a casual love relationship with John Cazale of “The Godfather” until cancer took his life. If you knew them both when they met, you would have concluded their relationship and marriage was rushed as they met shortly after the death of Cazale. Gummer was a friend to Streep’s brother and after six months of losing her “ex-boyfriend” she married Don. 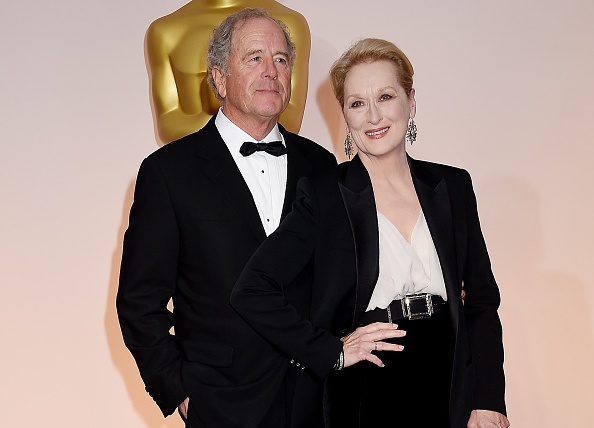 Streep describes herself and Gummer as the “perfect odd couple”. She is the talkative one while he is a man of few words. This difference in their personalities is one of the reasons why their marriage is still strong till date. Also her husband Don loves her for who she is and not who the world knows her to be. Indeed, her marital success has lasted as long as her career. Gummer was briefly married to Peggy Lucas but divorced her after a short while. 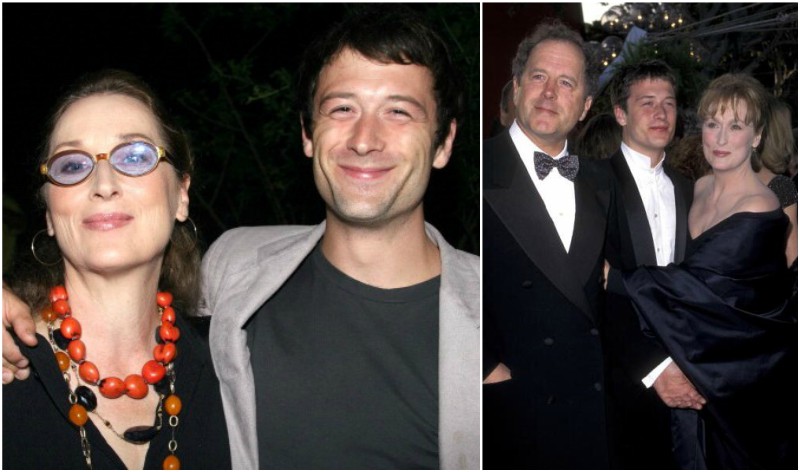 Singer Henry Wolfe is the only son to the Hollywood celebrity. He started out his musical career as a co-founder and member of the pop band Bravo Silva. After the dissolution of this band Wolfe went on to continue a solo career releasing his first two EPs in 2009. His debut ‘Linda Vista’ has led to him being described as “an artist to watch” by the LA Times. 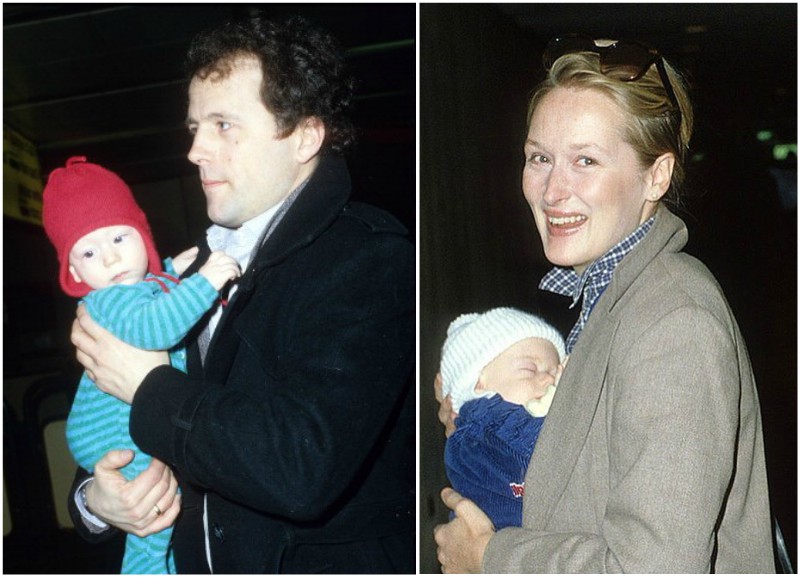 The Dartmouth College graduate is quite an actor but is known majorly for his music. 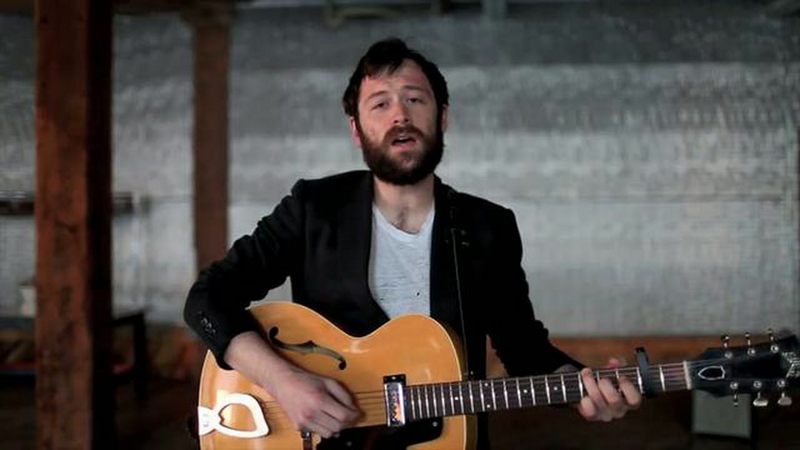 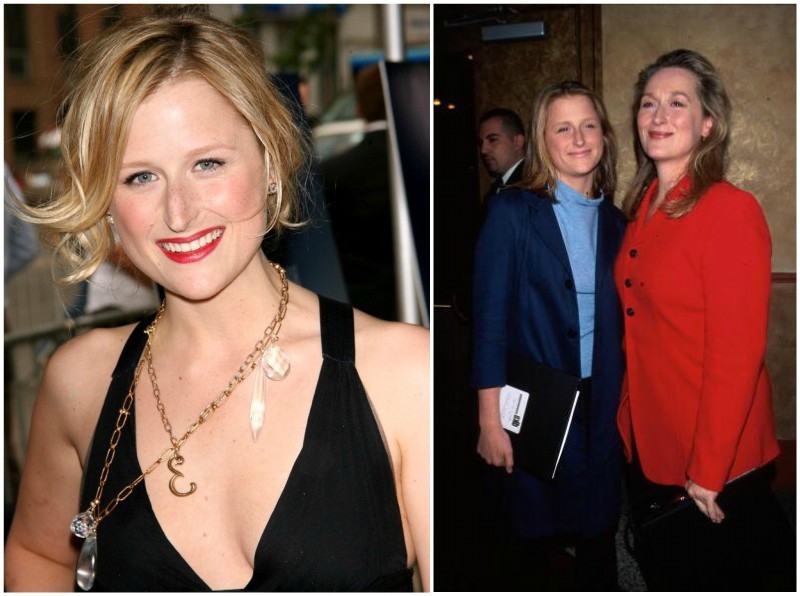 The apple they say does not fall far from the tree. What other career line did you think Mamie was going to follow? For an amazing talent as a mother, there is no reason why one wouldn’t choose these big shoes to fill. Mamie is model and actress and is known as Emily Owens, MD in the movie titled after her character. 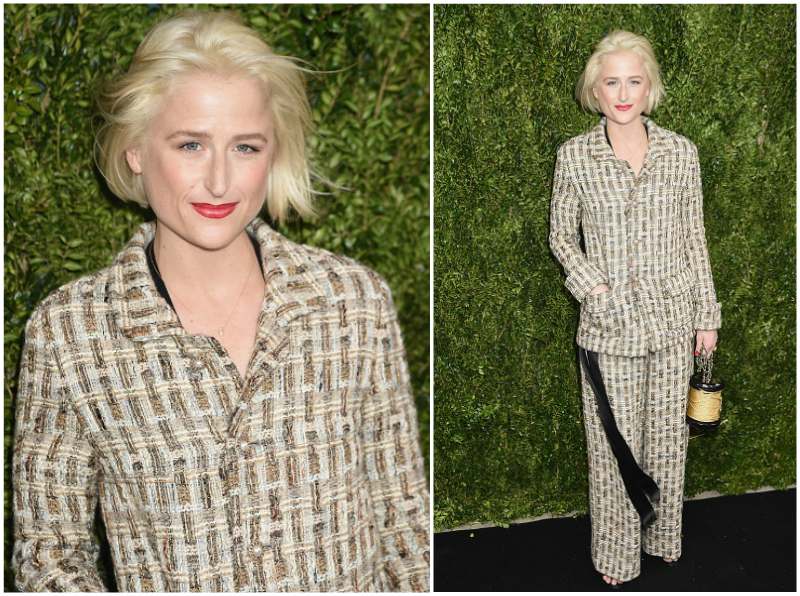 Other movies she starred in include Ricki and the flash (2015) where she played the Meryl’s on-screen daughter; she is Nancy Crozier, the recurring manipulative lawyer in The Good Wife TV series. 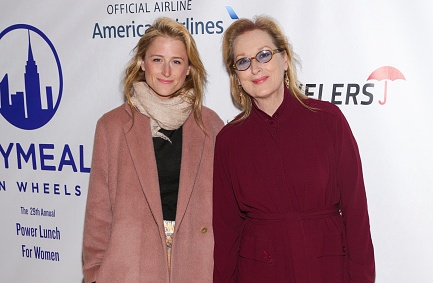 Mary Willa was married to actor Benjamin Walker between July 2011 and March 2013. 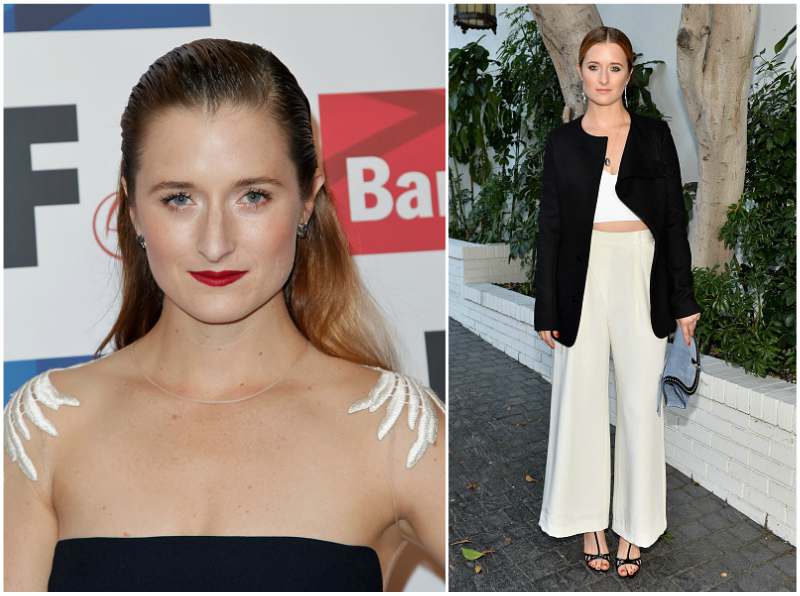 The second Streep daughter is a rising actress and also a model. Her first time onscreen was when she played the younger Meryl version in The House of the Spirits (1993). Since then, she has appeared in several movies including Arcadia (2011), Larry Crowne (2011), Frances Ha (2012) and as a regular actress on Mr Robot TV Series (since 2016). 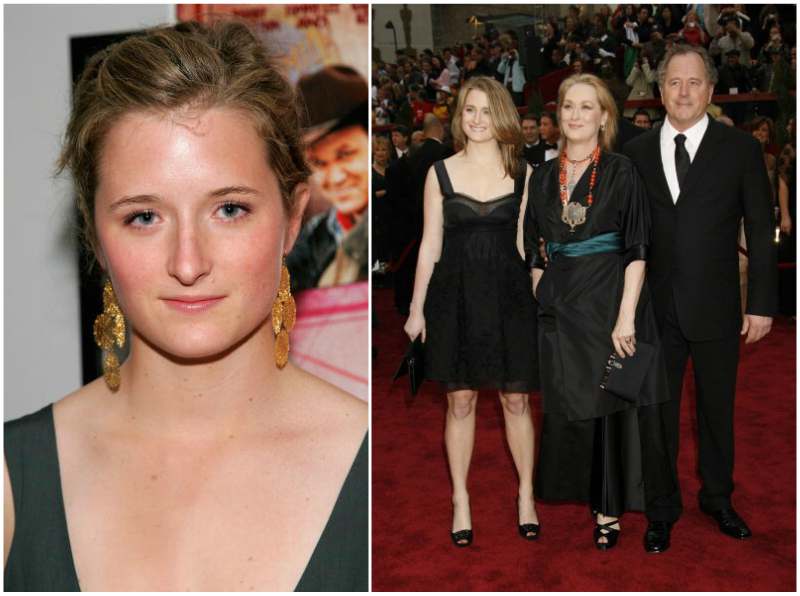 Grace studied art history and Italian in Vassar College and began her official acting career in 2008. She maintains the fact that her parents were not exactly particular about her choice of career. Grace claims that Streep and Gummer would have been glad even if she chose to do something other than being an on screen personality. 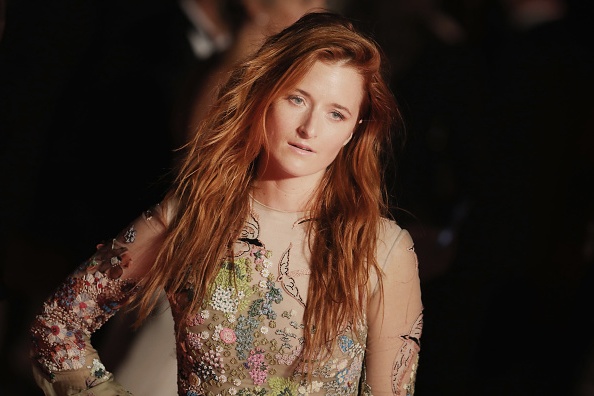 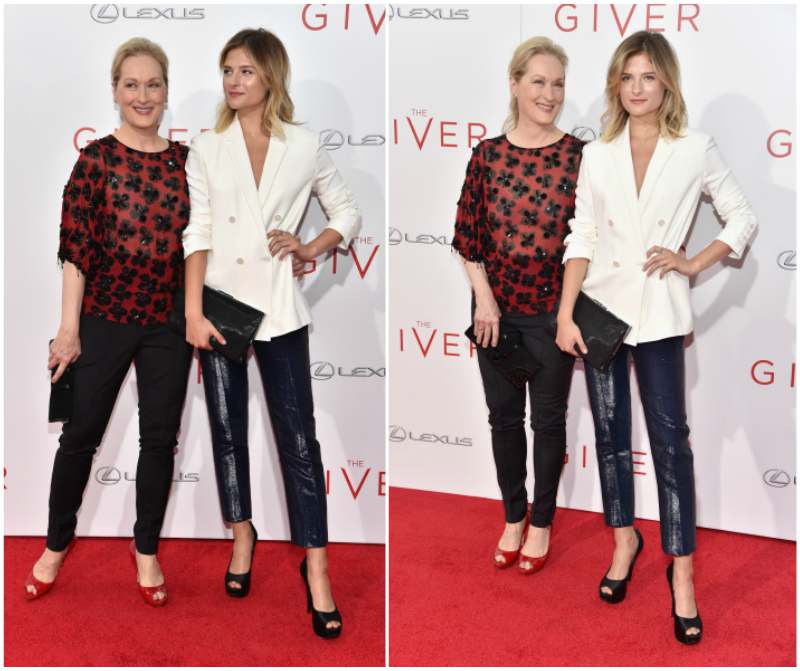 Louisa is the third of the chic Streep sisters and is also a model. She is currently signed up with IMG and has appeared in two internationally acclaimed magazines: Vanity Fair and Glamour. Louisa is the second Streep daughter to graduate from Vassar College, Meryl’s alma mater just that she holds a degree in Psychology. 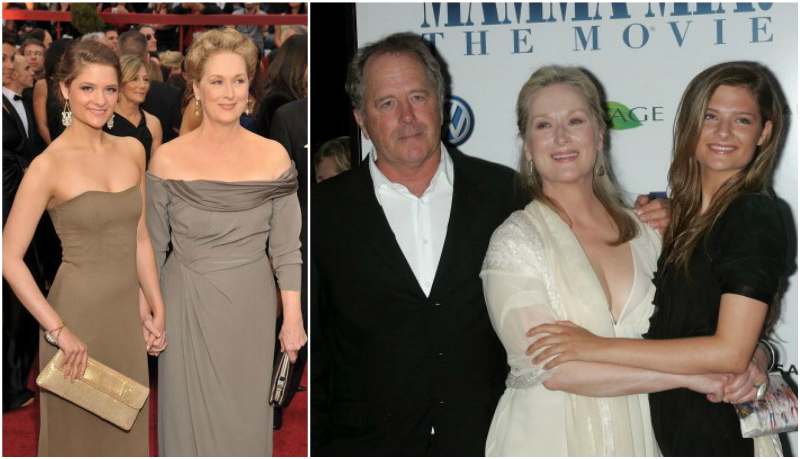 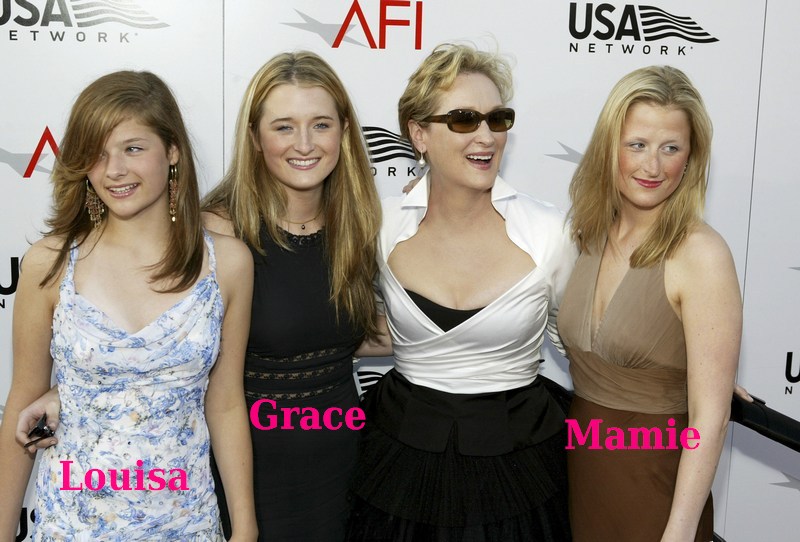 Like a Rolling Stone singer Bob Dylan and his family
Fifty Shades of Love: Dakota Johnson and her family