Get to Know More about Milla Jovovich’s Family Life 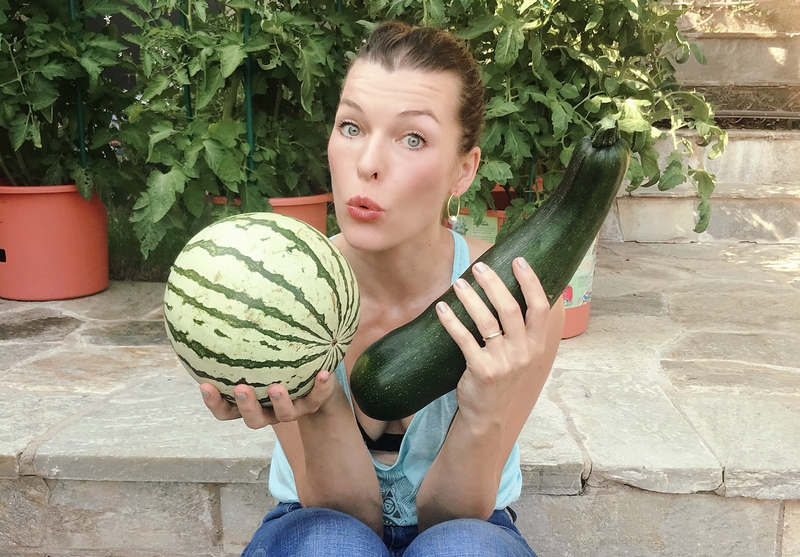 Get to Know More about Milla Jovovich’s Family Life

Milla Jovovich is renowned for her unforgettable charm and incredible acting skills. She starred in lots of successful movies, among which are The Fifth Element, The Messenger: The Story of Joan of Arc and Resident Evil.

Being motivated by her mother, Milla Jovovich started to dealt with acting plus dancing and modeling in childhood. At 13, she gained her first role in The Night Train to Kathmandu and at 15, she attracted the worldwide attention after starring in Return to the Blue Lagoon. However, Jovovich became a real sensation in 1997 after portraying Leeloo in The Fifth Element. Additionally, Milla dealt with singing, modeling and even launched her own clothing line.

But what about her family? Let’s have a closer look at the celebrity’s parents, siblings, husband and children.

Bogich, who is referred as Bogdan in some sources, is a pediatrician of Montenegrin descent. In 1980, he immigrated to England and later to the United States together with his wife and daughter. Bogich had to do various jobs and even was a cook and housekeeper for director Brian De Palma. In 1998, the man had an affair with a woman from Argentina, who gave birth to their son Marco.

In 1994, he was sentenced to 20 years of prison for the participation in the health insurance fraud, but was released in 1999. Milla told that prison had a positive impact on her dad. Currently, he works as a manager at Apex Sonography in Las Vegas.

Galina is an actress with Russian roots but she gave birth to Milla in Ukraine. From 1974 to 2000, she was a wife of Bogich Jovovich from Serbia. At the start of their relationships Loginova was threatened by KGB officers not to get involved with a foreigner but she ignored that. After moving to Los Angeles, Galina tried to get acting jobs but as she didn’t speak English fluently she had to earn her living as a housekeeper. After divorce with her husband, the woman did her best to earn enough money for her daughter to visit acting, modeling and dancing classes. A bit later, Galina became Milla’s agent. The actress shared that her mom motivated her to be the best she could be and always provided with her support.

Marco is a son of Milla’s father from his relationships with an Argentine woman whose name is unrevealed. The celebrity doesn’t seem to be close with her half-brother. 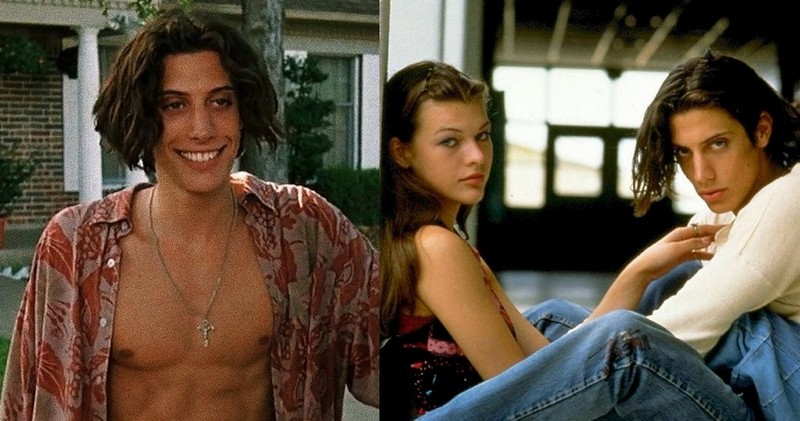 Shawn is an actor who played with Milla in Dazed and Confused. In 1992, the 16-year old actress eloped with him and caused her family’s shock. In two months, Milla’s mother annulled the marriage. 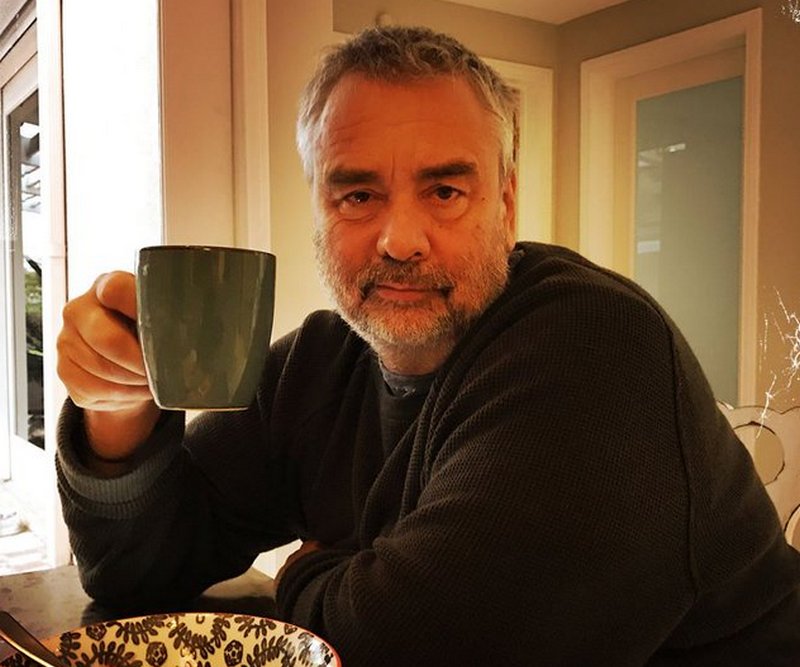 Luc is a film director, screenwriter and producer. He got romantically involved with Jovovich while filming The Fifth Element. On December 14, 1997, they tied knots in Las Vegas and preferred to skydive instead of having a traditional reception. However, their ways parted in two years. Milla was Besson’s third wife as he was previously a husband to actresses Anne Parillaud and Maiwenn Le Besco and was a father of two daughters. Since 2004, he is married to film producer Virginie Silla a mother of his three kids.

Paul deals with film writing, directing and producing. He is famous for Alien vs. Predator, Death Race and Pompeii movies. Anderson got acquainted with Jovovich in 2002 on the set of Resident Evil. He proposed to her in 2003, but they soon separated to reunite some time later. Paul espoused Milla on August 22, 2009, in the presence of close people in the backyard of their Los Angeles home. Currently, they bring up two children. 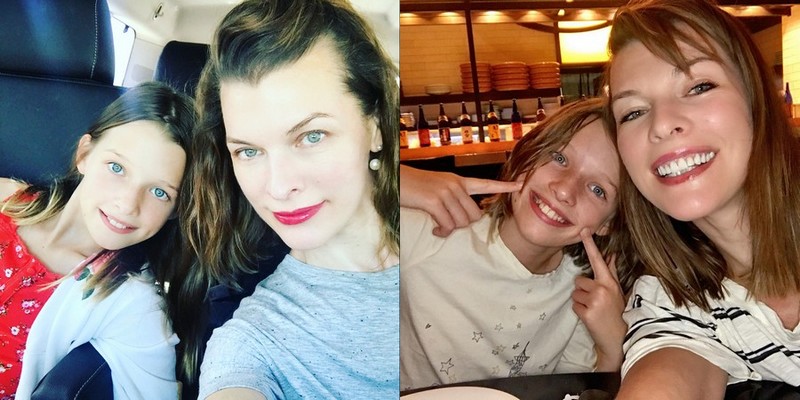 Ever, the eldest daughter of Milla and Paul, looks very alike her famed mom. At 4, she decided to follow her mother’s footsteps and get engaged into acting. Ever made a movie debut by playing the Red Queen in Resident Evil: The Final Chapter alongside Milla. Moreover, the movie star claims that she is happy that her daughter has already found her passion in life and is very proud of her. Additionally, Ever speaks three languages (English, French and Russian) and practices tae kwon do.

Jovovich describes her younger daughter Dashiel as an incredibly smart and perceptive personality. Basically, Milla loves to be a mom and even shares some parenting tips with others as well as photos of Dashiel and her sister. A curious fact is that Milla sleeps in the same bed with her husband and two daughters, stating that it helps them to stay connected. 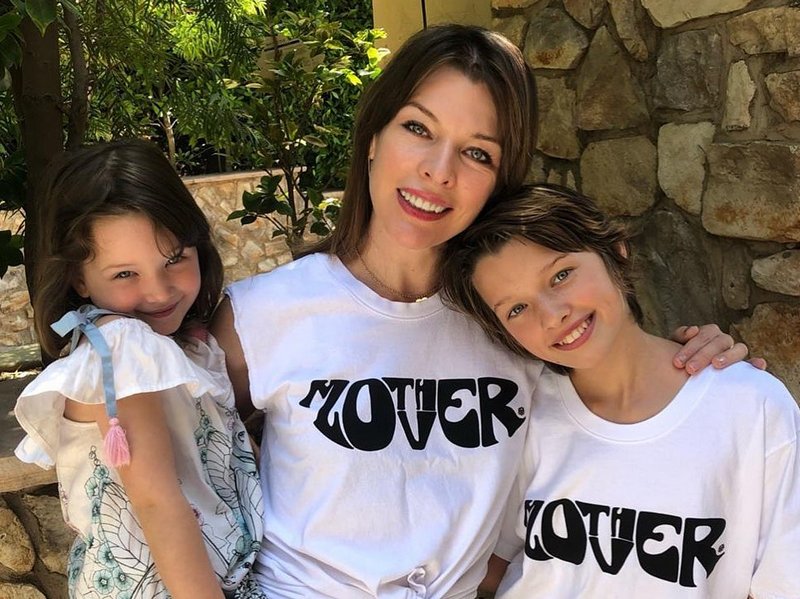 On August 7, 2019 Milla shared with her followers in Instagram that she is pregnant for the third time. She also told about her miscarriage before this pregnancy.

On January 3, 2020 she also announced about birth of her daughter using Instagram. She also explained the chosen name: “Osian is a welsh boy’s name and it’s pronounced O-shin. Now I know the name is long, but the family couldn’t agree on her middle name. Ever and my mom wanted Lark, @dashielanderson and I wanted Elliot. “