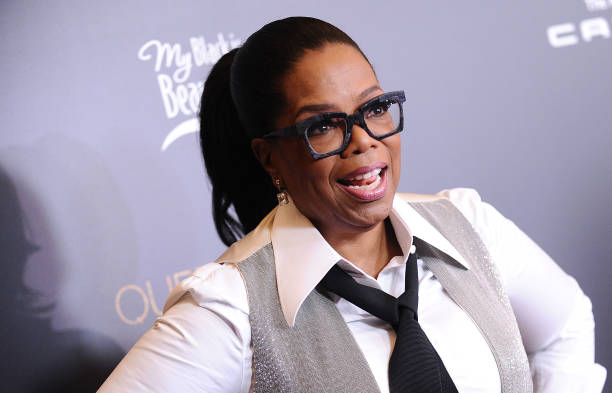 Just a few people on this earth can say they have never heard the name Oprah Gail Winfrey. She has been an indelible name on the list of the most influential persons in the United States and the world generally. She is remembered in this generation for many noble works but would never be forgotten for her wildly popular program, the natural-styled Oprah Winfrey Show which aired for 25 seasons; the show even gave her the informal title as “America’s first lady of talk shows”. Oprah herself was the host of this show and the same year the show ended, she launched her own TV network.

Winfrey’s story is an inspiring one to most of us. She was born to an unwed teenager and had to spend the first few years of her life with her grandmother. She enjoyed the loving support of the church community in her early years but also faced a number of hardships that left her with a child at the age of 14. As if being a mother wasn’t enough, she sadly lost this child at infancy and it was another period of despair for the young starlet. Winfrey eventually left her mother to be with her father then her life took a sharp turn for the better.

She moved from one talk show to the next, all the while honing her reporting skills. One time when she was on television, Quincy Jones saw her and felt she would make a fine actress on The Color Purple (1985) movie he was co-producing with Steven Spielberg. As expected, she did brilliantly well in the movie and the popularity of her show skyrocketed. Today, the generous philanthropist is a multiple-award winning female with her name also on the list of the wealthiest females in the world. Oprah has never been married but has been in a stable “spiritual union” for decades. Read on as we take you through the personal life of this amazing gift to the media industry.

You may also like: Healthy, curvy and attractive – meet Oprah Winfrey

Who are Oprah Winfrey parents? 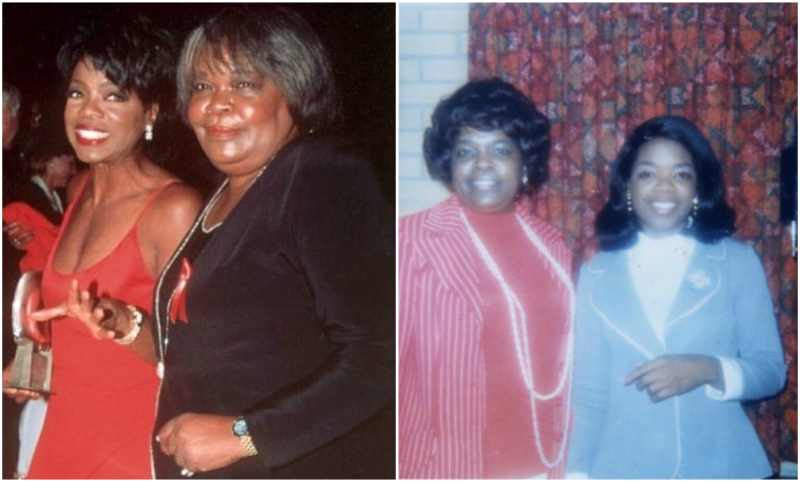 Vernita was a housecleaner who had her first child, Oprah when she was 14. Within three years, she had another child but Oprah all along was with Vernita’s mother till she clocked six. By the time Oprah was 6, she left her grandmother’s farm to be with her mother and two brothers in an extremely poor and dangerous neighborhood. At 12, she moved to be with her father and she felt more secure for that brief period until her mother called for her again to the poor lifestyle. 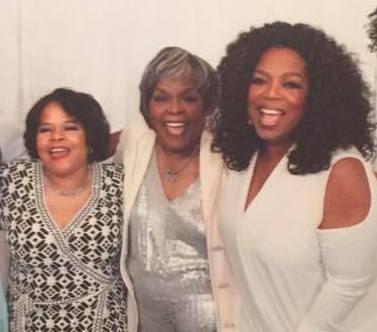 Lee worked several odd jobs so never had the time to personally supervise her kids. Oprah was already a victim of repeated sexual abuse from trusted family members and in no time, she became pregnant. After years of “bad behavior”, Vernita was tired of her daughter’s trouble so she sent her back to be with her father.

Vernita died on November 22, 2018 at her home in Milwaukee, Wisconsin. 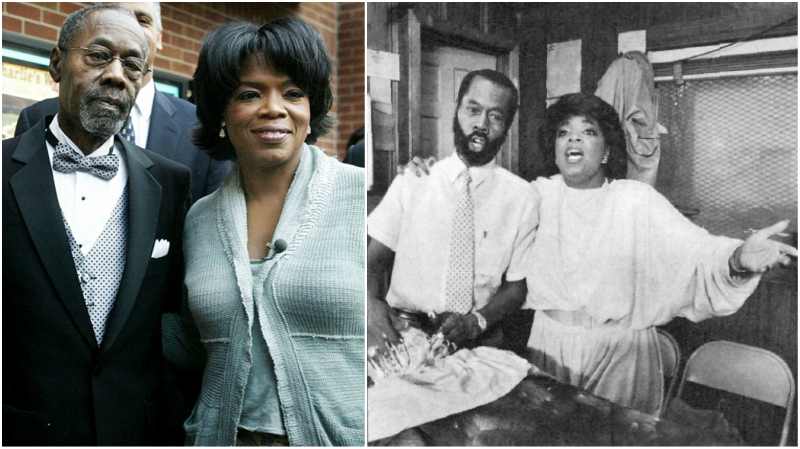 After a troubled adolescence in a small agric-based community where she was sexually abused by her mother’s friends and relatives, she left Nashville to live with her father. Vernon was a coal miner turned barber and businessman but is best known as the father to the media giant. It was while she was with him that she won the Miss Black Tennessee beauty contest, got her first job and even a full scholarship to study at the university.

The talk show genius has mentioned severally how her father was her savior. He was very strict and provided her with guidance, structure, rules and tons of books to be read. The young Oprah was required to complete these books with reports which she gave to him. She had to learn five new vocabulary words daily or would go to bed without dinner. All of these measures were quite tasking for the “spoil” lady but it eventually served as the foundation for an excellent education and career. 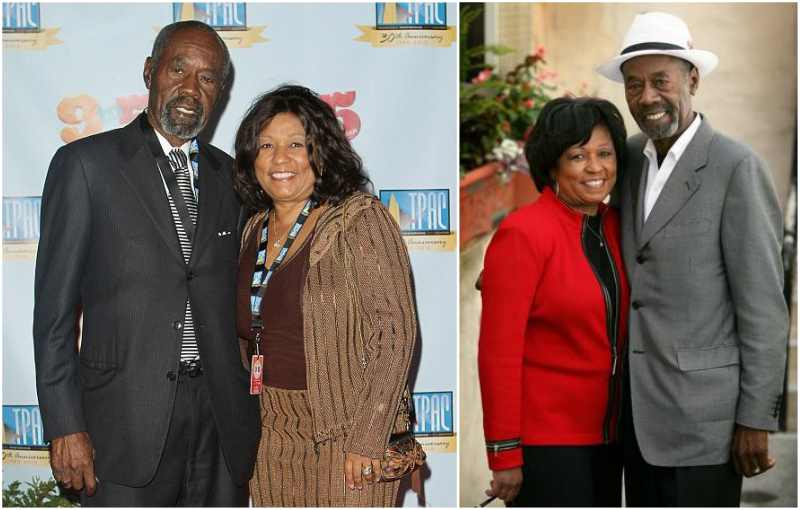 Vernon was married to his second wife Zelma Winfrey until her death in 1996. He remarried and in 2012, he filed for a divorce from his wife of 14 years on the grounds of her extramarital affairs. Barbara Winfrey on the other hand also claimed that Winfrey had been guilty of more than one adulterous relationship and she requested alimony.

Who are Oprah Winfrey siblings? 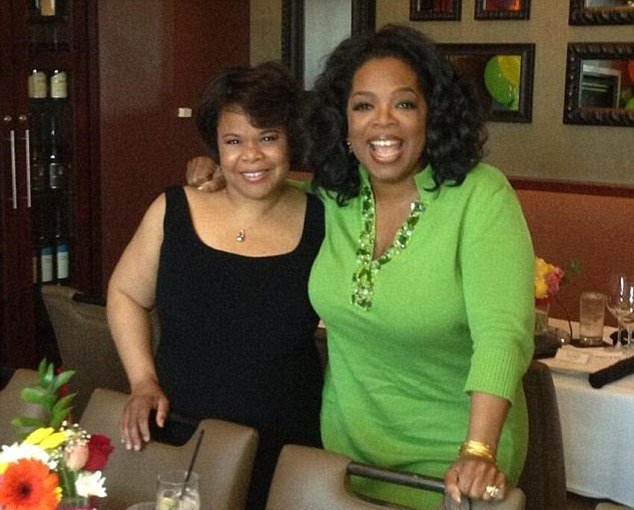 In the final season of her talk show, Winfrey revealed a family secret that she had a half-sister from her mother. Patricia was born in 1963 when Oprah was 9 already and living with her father but this was kept a secret for several years. Vernita put this young child up for adoption and Patricia lived in a series of foster homes till she clocked 7 when she was finally adopted into a stable home.

After she grew to become an adult, Patricia decided to re-connect with her birth family but Vernita refused to make contact. She kept on digging till she found a niece of Winfrey’s and they both had DNA tests done which then showed that they were connected. Oprah admitted that the 2010 news of her sister was the greatest surprise of her life and since both siblings found themselves, they have remained in a cordial relationship even though they had to build it gradually. 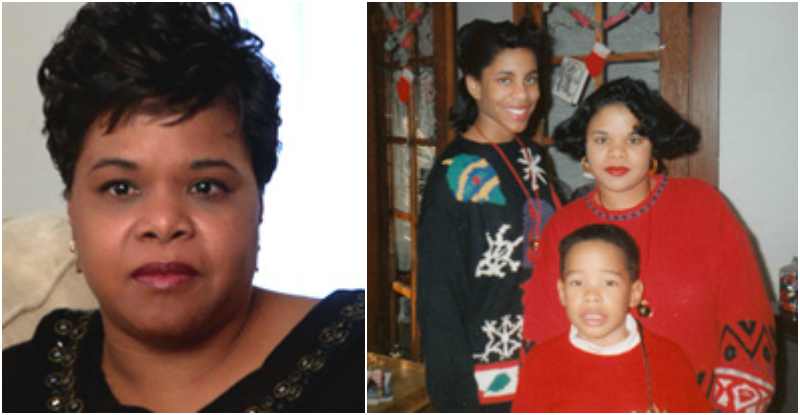 Oprah has ever since been devoted to supporting her sister’s dream of going to college and becoming a social worker. Lofton had her first child, Aquarius when she was 17 and by 23, she had a son named Andre. Just like her mother, she has been a single mother all along and remains unwed. 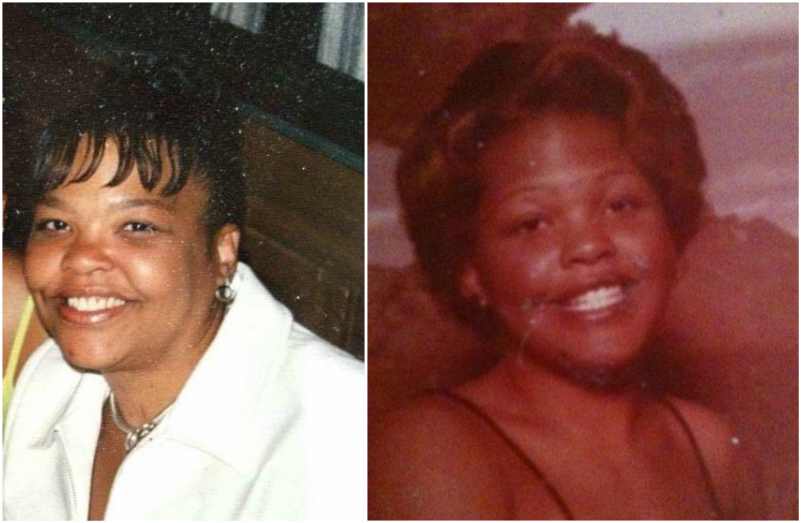 Lee-Lloyd was a lifelong Wisconsin resident who was also raised in Milwaukee where she lived with Vernita. She passed on in her New Berlin home at 43 and is survived by her husband Kenny Lloyd and two daughters Chrishaunda Lee, Alisha Hayes. She had been a substance abuser for years and her wealthy sister even paid for a rehab which she never went to. Patricia reportedly died of heavy drug use but the certain cause of death is still pending. Oprah’s niece Alisha and her husband Tydus Hayes are owner of Pat’s Rib Place. 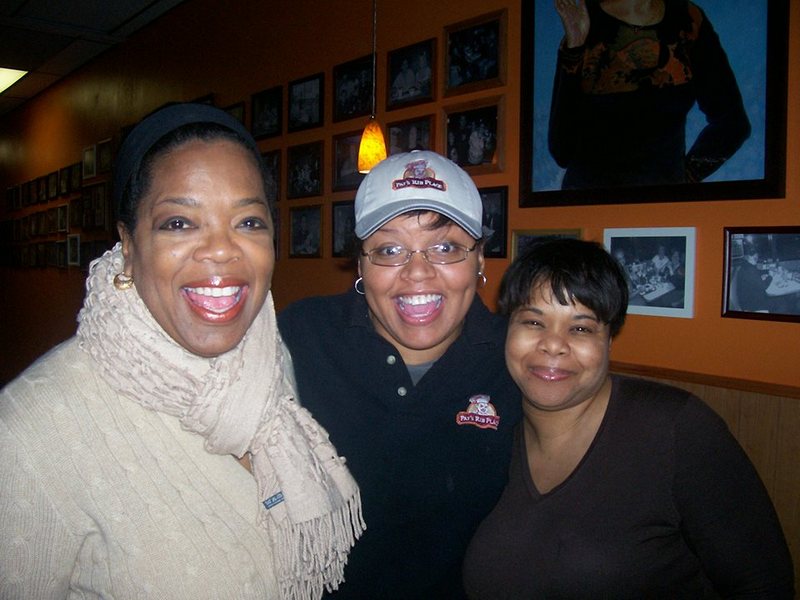 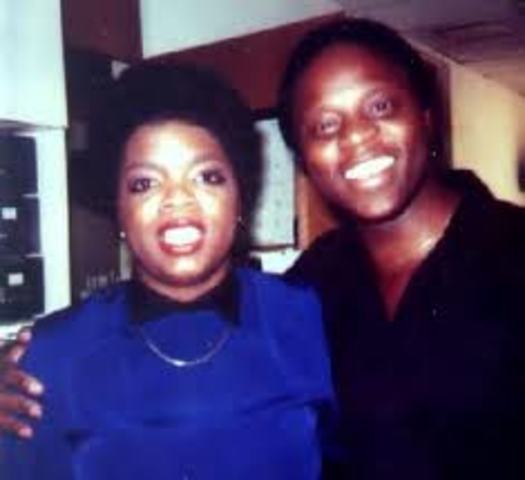 Jeffrey was the only male sibling to the famous Winfrey. He was reportedly said to be a gay prostitute who died of AIDS at 29.

Who is Oprah Winfrey husband? 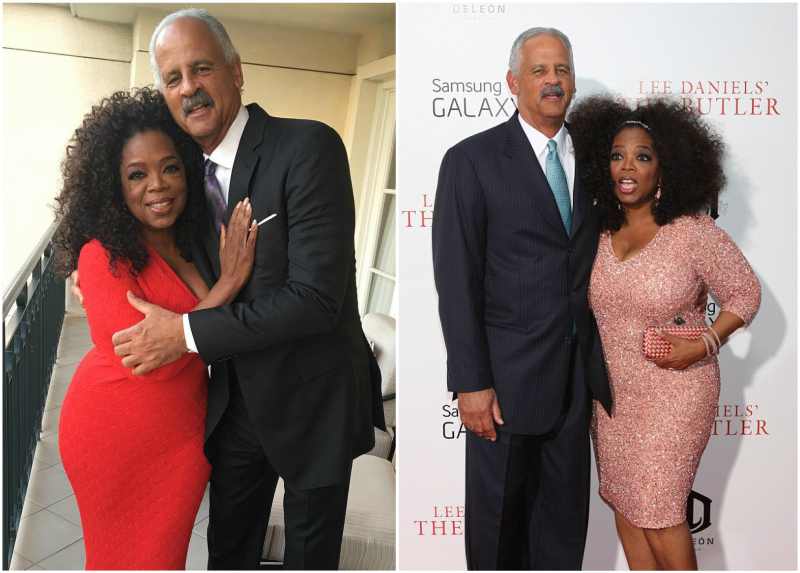 Duration of Relationship: 1986 till present

The Queen of Daytime TV has been in a relationship with Graham, a public relations executive since the mid 1980s. When they met, Stedman was a sportswear model, one thing led to another and chemistry ensued between them. He proposed in 1992 and they have remained together ever since though unmarried. They later revealed that they had prior agreed to jus a “spiritual union” as opposed to a formal joining.

The talk show queen has stated that she never liked the idea of marriage as it would be taking away her freedom. She also explained that what she shares with Stedman wouldn’t have lasted this long if they were married as their relationship is so unusual that it wouldn’t have fit within the confines of an official union. Oprah revealed that the word “wife” comes with responsibilities she doesn’t feel capable of handling. 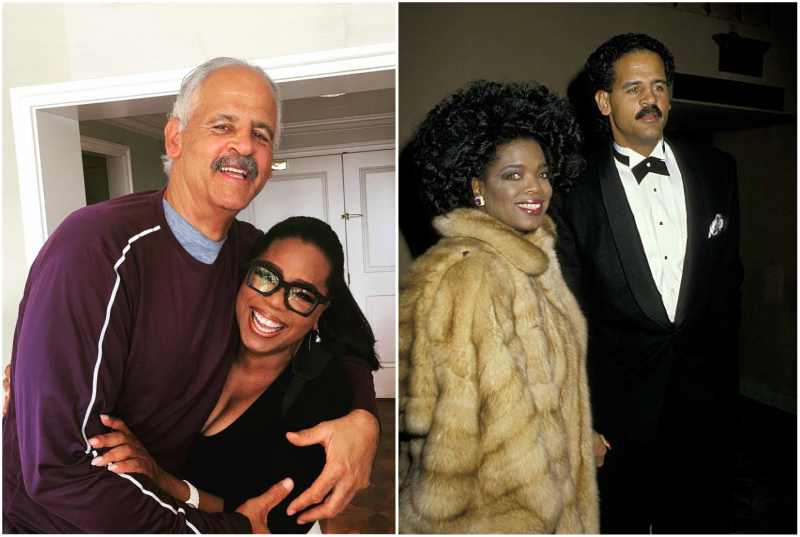 Stedman got married in 1974 but his union with Glenda lasted only a few years and his daughter Wendy was born from it. After his divorce with Glenda, they continued as separate co-parents to their daughter who is now a wife to Bradley Kerwin Greene and mother to Cadence. Oprah maintains a loving relationship with Graham’s daughter and is by proxy a grandmother to Cadence.

We never knew who Canaan was as he died shortly after birth before he could be taken home from the hospital. He was born when Oprah was 14 from one of her sexual abusers. Nothing has been mentioned about Canaan’s father and since his death, Winfrey never had another child. According to the media mogul, the idea of having another child never crossed her mind as she was convinced she wouldn’t be a good mom to babies as she doesn’t have the patience for kids. She however considers herself a mother figure to several girls all over the world especially the ones she is personally responsible for.