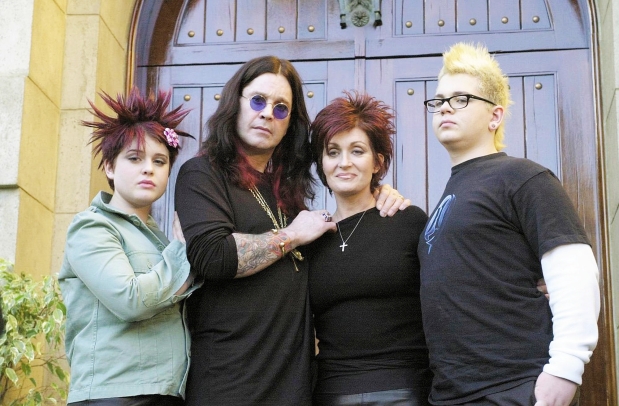 Osbourne rose to worldwide prominence as the lead vocalist of the Black Sabbath band that pioneered heavy metal in the British music industry. After huge joint group success, he went on to begin his own solo career and unsurprisingly reached a multi-platinum level. All through his career, he has been known for his dark persona and his wild antics both on stage and off stage.

Before he turned 18, Osbourne had been arrested and convicted for burglary and even sentenced to 3 months hail-term. He had to stay in prison because his father refused to pay the fine but even after he was out, he never really became less troublesome. His distinctive voice and crazy aura has helped him secure the informal title of “Godfather of Heavy Metal”.

Few would argue that Ozzy Osbourne is one of the biggest characters rock and roll has ever produced. He has certainly lived a roller coaster life with adventures, misadventures, sex, drugs, love and craziness of all sorts. Indeed, his life is the stuff of legends and he has been more than privileged to walk this journey with a bunch of loving people. We’ll be taking a detailed look into the private life of the I Don’t Want To Change The World singer starting from the family where he was born down to his kids, even the adopted one. Enjoy as you keep scrolling. 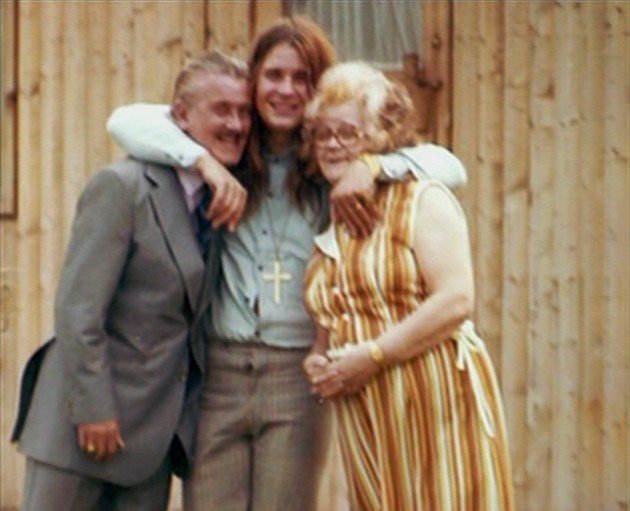 He was a toolmaker and the stricter one of both parents to the No More Tears crooner.

Lillian worked in a car components firm and did her best to contribute to her modest middle class family. She could sing, as well as her husband so it is no mystery where her son’s love for music stemmed from. 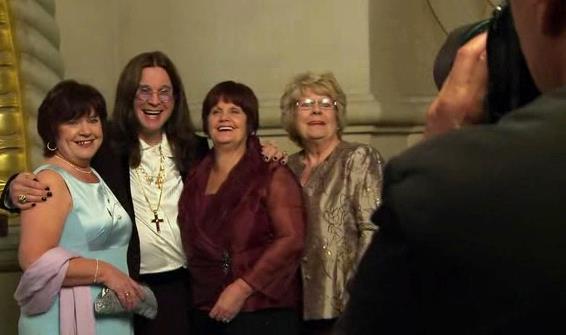 Ozzy with his sisters

She lives in Aldridge and has 2 kids.

She lives and Kidderminster and has 2 children.

They are the three siblings to the famous heavy metal singer and all three girls share a striking resemblance. They say despite his status as a “demonic” performer, he is the sweet younger brother who always ringed home every weekend. 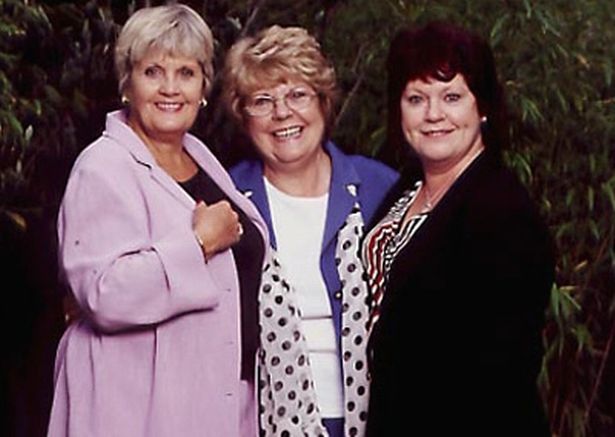 Tony and Paul are the younger brothers to the famous “Prince of Darkness”. 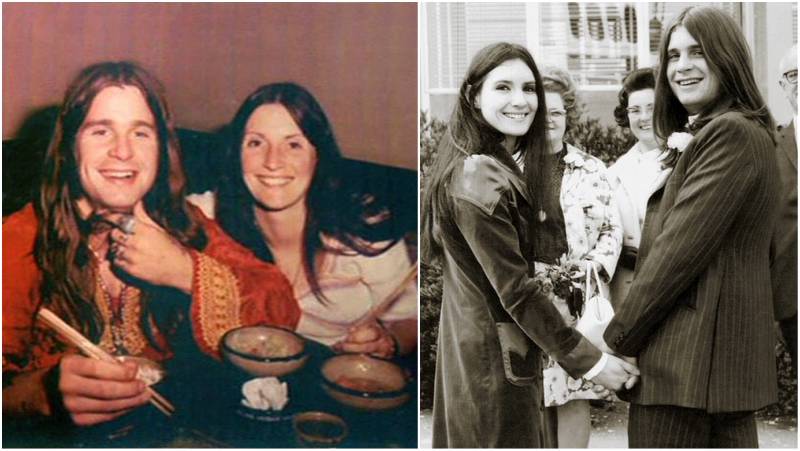 He met Riley at a nightclub where she worked in 1971 and that same year, they got married. Very few people would have been able to handle Ozzy’s drug and alcohol problems and his first wife was not on that list. Their marriage of 11 years broke up because her husband was something else. Osbourne himself has accepted that his first marriage was a terrible mistake as his dirty habits got the best of him and he was always away on tour so his children never saw him as a good father. 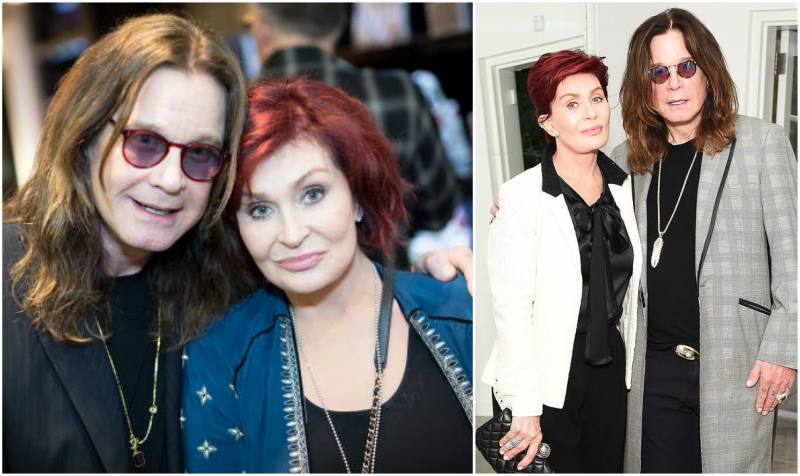 Duration of Marriage: July 4, 1982 till present

Many of you can tell that Sharon is not a strange face in the entertainment industry. She is an international business woman, music manager, presenter for The Talk, a daytime show; and is also a judge on the famous X Factor show UK. They met when Ozzy was 22 and Sharon 18 but their romance began about a decade later around the time her father, Don Arden (the band’s manager) fired Osbourne from the band because his drug use was already out of hand. She took him on as her client and began managing his career until they became lovers and tied the knot in 1982. Her relationship with Osbourne caused a rift with her father and it took years to mend.

In July 2002, the pretty Osbourne wife had a surgery done for her colon cancer and is today a survivor despite the low survival diagnosis she got. Apart from alcoholism, drug abuse and violence, both lovers survived through their tumultuous union until word started flying that her husband was cheating on her. His marriage with the kooky-natured Sharon experienced a tough time when news of an existing mistress surfaced in May 2016. Ozzy was exposed to have been in a secret affair with celebrity stylist Michelle Pugh.

Fiery Sharon was deeply hurt when she discovered her husband had a mistress and even admitted that the months following were filled with trust issues between the couple. She was disappointed because he was someone she truly respected and admired but unfortunately that was what she got back from him. They resorted to therapy and things were mended in no time. Now, the singer says his marriage is solid and has never been better. We really do hope they stay that way as they have been friends for about four decades. 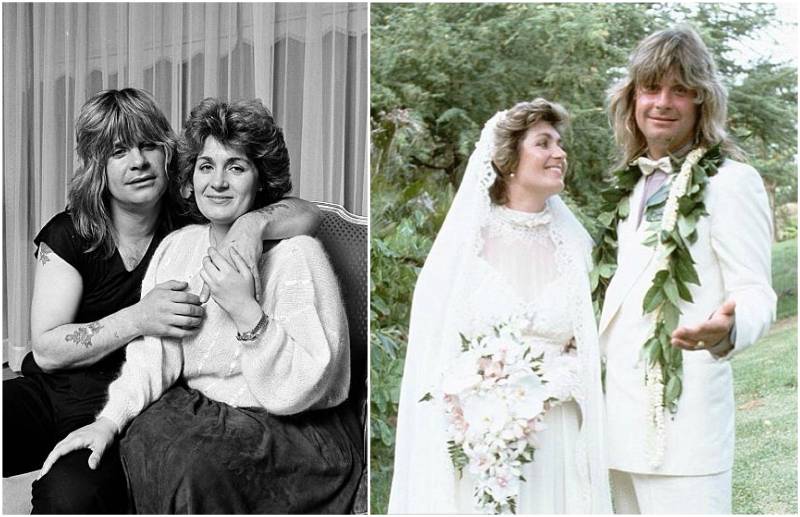 Beneath her glamorous life and interesting personality, Sharon has stated that her biggest regret is that The Osbournes (2002 – 2005) reality show kept her away from her kids and she has not been able to get the time back. Ozzy also admitted that the show did some damage to his family – his wife had cancer, he went back to booze and his kids became junkies – and he doesn’t think he would ever consider doing it again.

Elliot is his oldest child but he was from Thelma’s previous relationship and is now a guitarist. 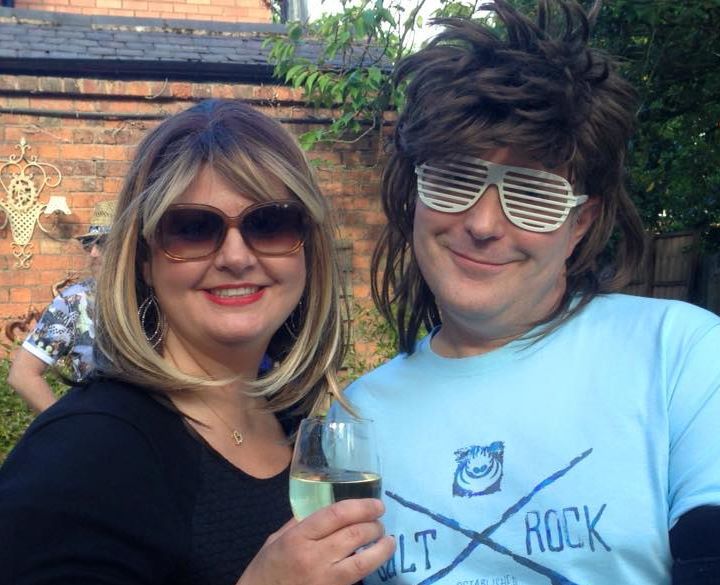 Jessica is biologically the first child to the star artist and his first wife. She is an actress and director known for Anyone Who’s Anyone (2007) and Trekking for God (2012). 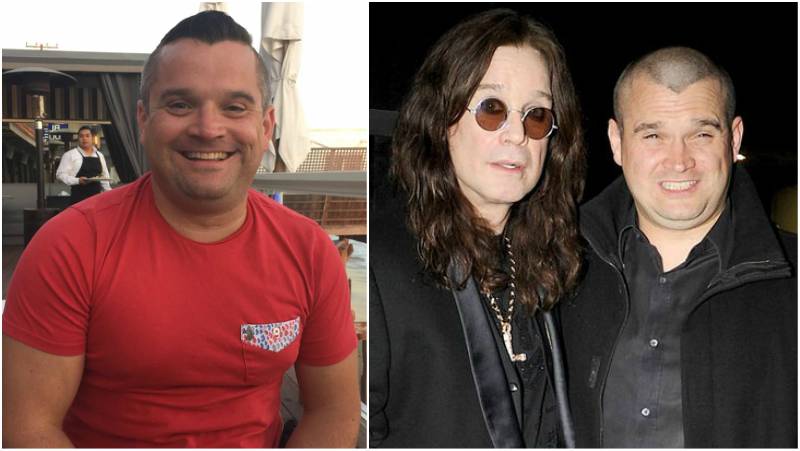 He is a musician but lives a quieter life than that of his famous family. Louis is close to his mother and also maintains a cordial relationship with his celebrity dad. He also stated in an interview that he gets along well with the rest of his half-siblings. He met his wife Louise in a Los Angeles bar in 2002 and they were married New Year’s Eve the following year and now have one child together. He is an Dj and tried to open his own music label but failed. Now he is owner of All Night Artists. 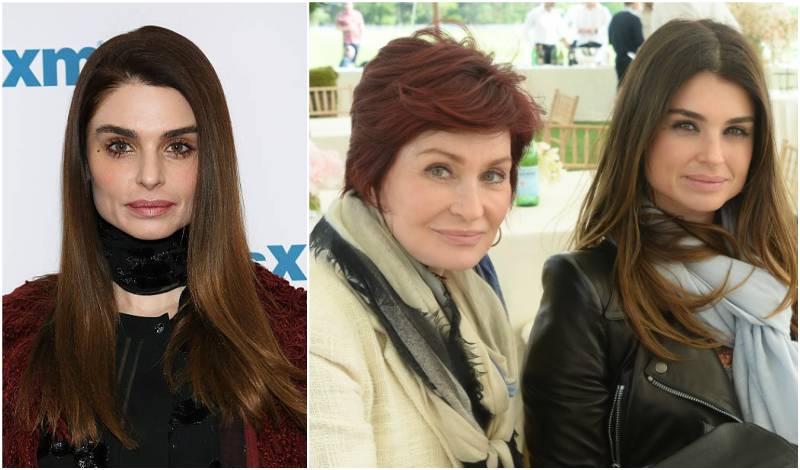 Aimee is the eldest daughter from Osbourne’s second marriage with Sharon. She is an actress and musician but has deliberately stayed out of the limelight by choosing not to appear on the family’s reality show. She might not be as famous as her siblings but at least unlike them, she has no regrets. Saffy (as she is fondly called) is the only Osbourne that has a poem written about her buy a fan and a ballad dedicated to her by her father. 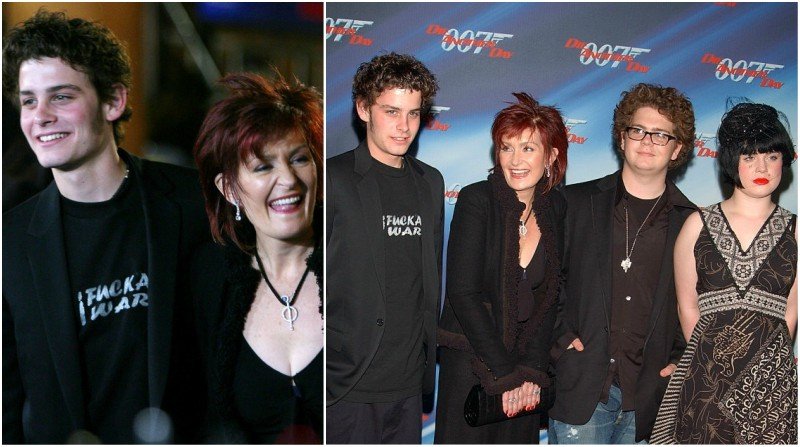 He lived with his mother, Reagan Erin Marcato who raised him as a single parent. His mother was close friends with Sharon but was unfortunately diagnosed with colon cancer that ended up claiming her life. While Reagan was still ill, her friend Sharon promised to look after Robert in case anything happened and she did just that after Marcato passed. Robert was adopted into the Osbourne family during the second season of their family show. He has been good friends with Kelly since high school but even since he’s been adopted, he maintains a more or less normal life. 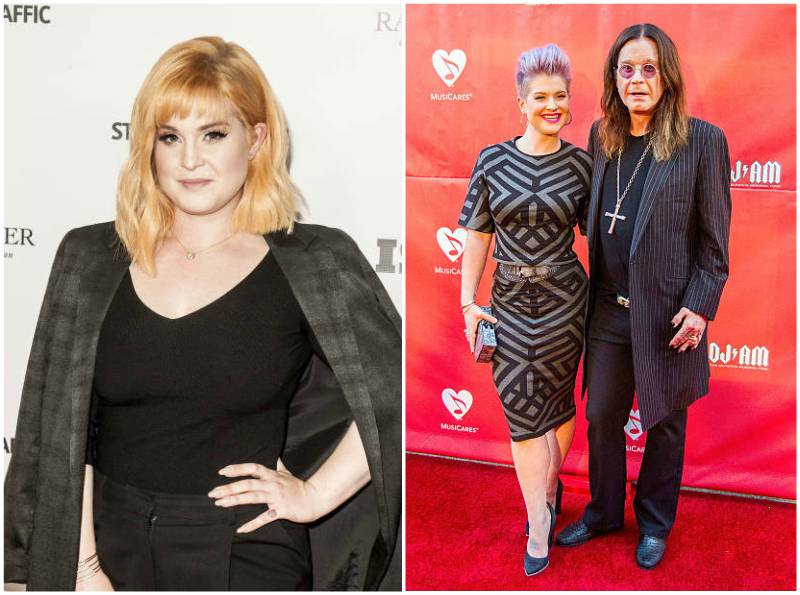 She grew up travelling with her father on several of his tours and lived more than 20 homes so it was not a surprise when she took on a career in music also. Kelly became popular from The Osbournes (2002 – 2005) show and is now an accomplished British singer. 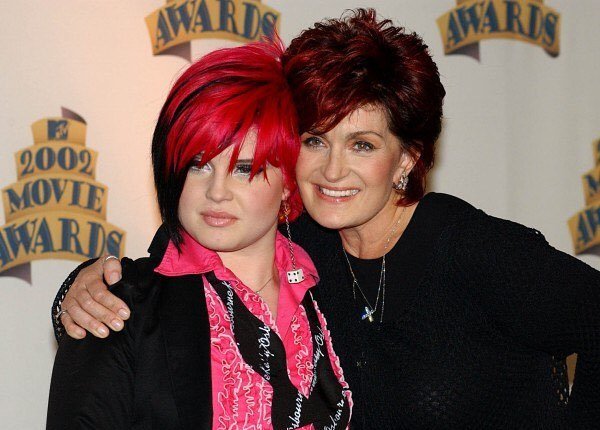 She is now bouncing between presenting and TV judge roles. Kelly was once a presenter on E!’s Fashion Police show and is also a judge on Australia’s Got Talent. 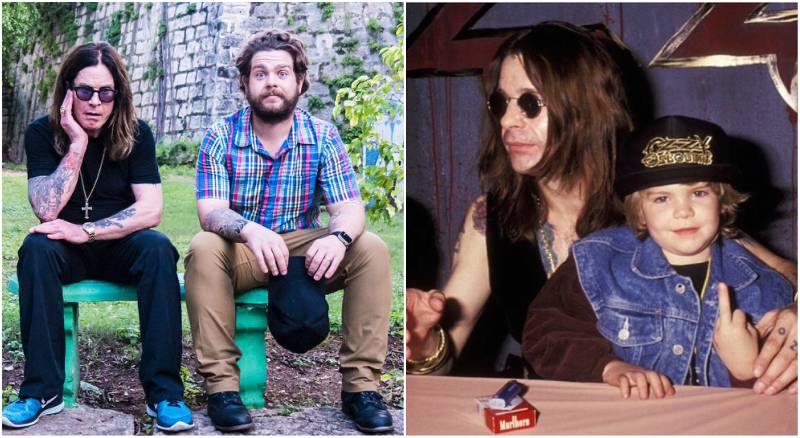 Jack has so far pursued a career as a fitness and travel reporter. He is battling multiple sclerosis and according to his parents, he seems to be handling his condition well. Jack has accepted the disease and is trying as much as he can to live a normal life. 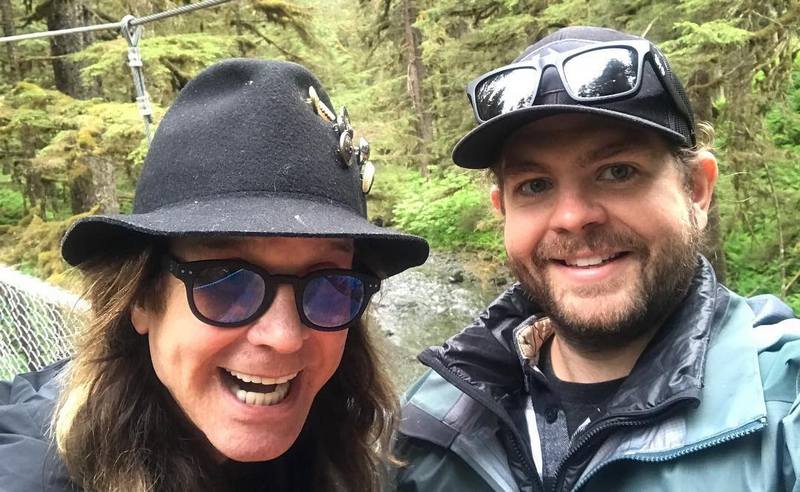 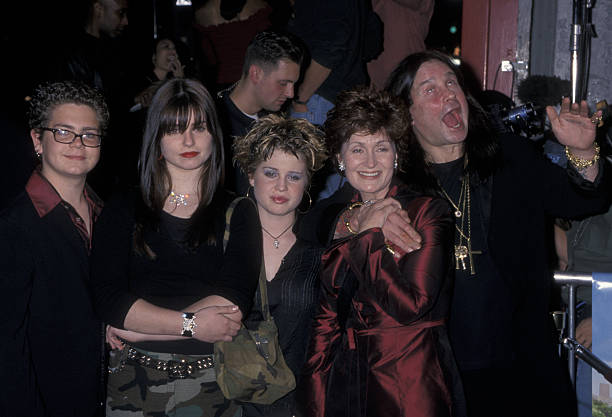