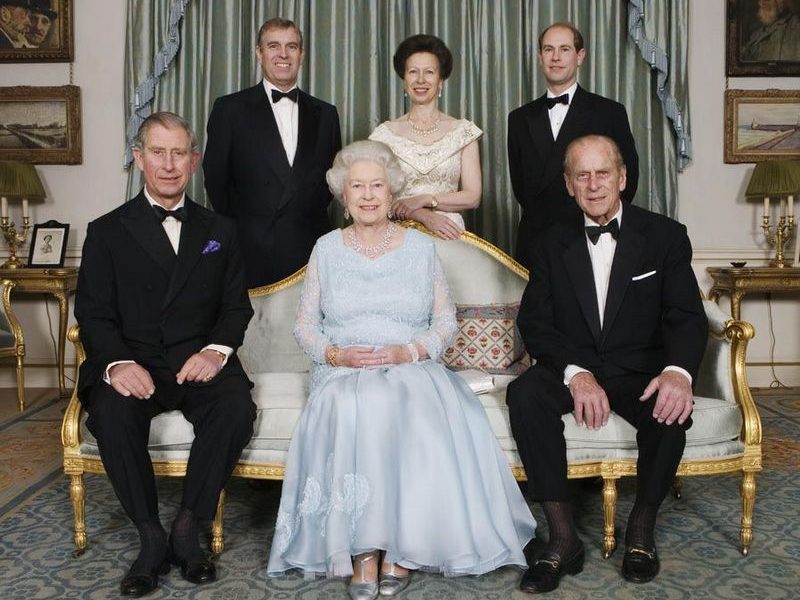 It is not news that the United Kingdom is ruled by one large royal family rather than successive presidents like in other countries. Princess Elizabeth became the Queen of England at the age of 25 after the death of her father with her coronation being the first to be televised in England. She is the only Queen known by virtually every resident of the United Kingdom as she has reigned for over six decades now.

Being the longest serving British ruler, she has had to be very flexible in her reign to meet up with modernization and the changing world while maintaining the mandatory traditions passed on with the crown. She is now mother to so many children, god children, grand and great-grand kids thanks to her being smitten with a third cousin who later became her consort. Read on as we take you through the members of this prestigious family.

Who are Queen Elizabeth II parents? 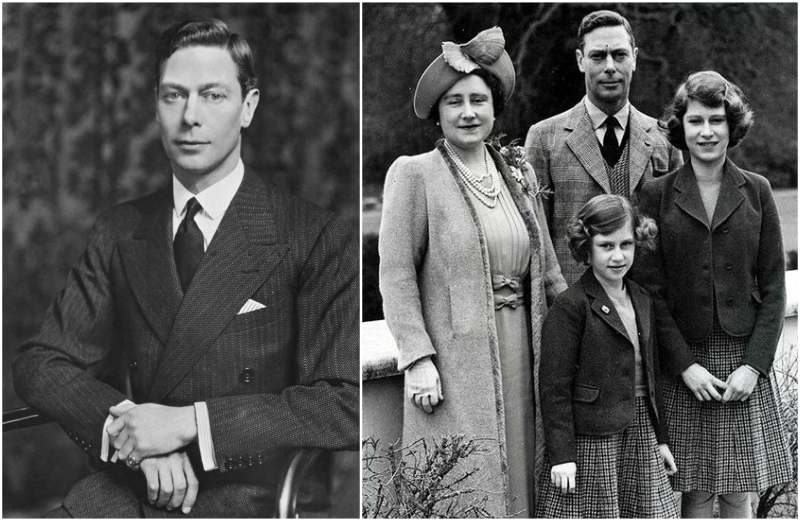 As the second son of King George V, no one thought that he would one day become king. His childhood was literally spent in the shadow of his brother and to make it all worse, he stammered. 1936 is forever a year to be remembered in the British royal narrative as that was the year when King Edward VIII abdicated to marry a twice-divorced American. He was made King upon the death of George V but after a few months, Edward made public his desire to marry the common socialite Wallis Simpson. After several failed attempts to convince him, he decided to let go of his role as the King and his younger brother was left to take his place.

George VI was first in love with an already married Australian socialite but his father persuaded him to stop seeing Sheila with the promise of dukedom. He met Lady Elizabeth Bowes-Lyon that same year and became committed to marrying her. He was a smoker and his health kept on deteriorating in his later days until he died at 56 from coronary thrombosis. 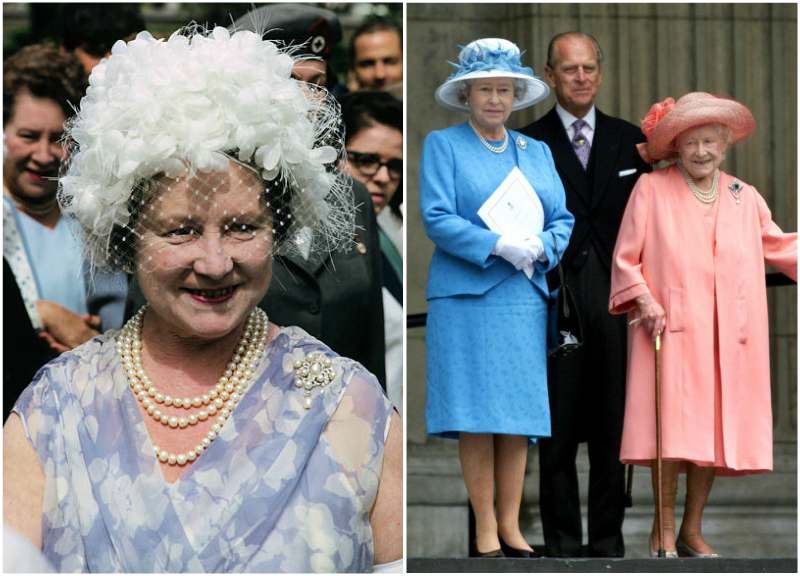 The Queen Mother rejected George’s proposal twice saying she was not willing to make the sacrifices necessary to become a member of the royal family. Her mother had told her that Albert would be “made or marred” by the choice of a bride so it was normal to be reluctant. After a protracted courtship, they got married on April 26, 1923 and this marked the beginning of a modern era where royals married partners not of royal births.

With her support and the help of speech therapist Lionel Logue, King George was finally able to speak with less hesitation.  The Queen Consort died in her sleep with her daughter Elizabeth II at her bedside. She was laid to rest beside her husband and younger daughter (who had died a few weeks earlier) in Windsor Castle and at her request the wreath that laid atop her coffin was placed on the Tomb of the Unknown Warrior.


Who are Queen Elizabeth II siblings? 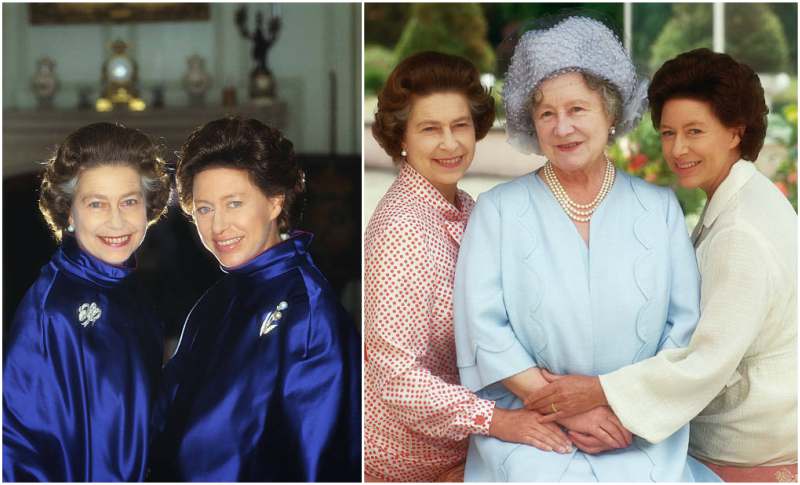 She is the late sister and only sibling to the famous long-ruling British monarch. Margaret Rose was always viewed as a controversial member of the British family as her divorce earned her negative publicity and she was with several men. The beautiful royal was always seen socialising with high society members and often featured in the press at parties and nightclubs.

Her first relationship was with divorcee Peter Townsend but they never got married as many believed he would be unsuitable as a spouse. On May 6, 1960, she eventually tied the knot with photographer Anthony Armstrong-Jones who was made Earl of Snowdon by the Queen. They had two kids and eventually divorced in 1978. 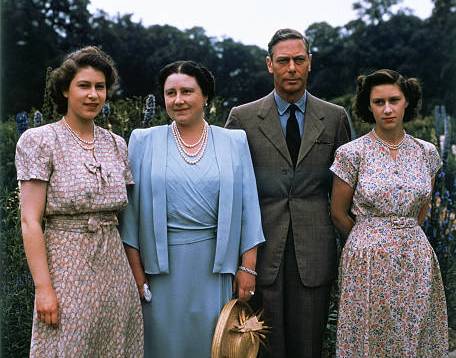 Elizabeth with mom, dad and sister

The Countess of Snowdon was a heavy smoker for the major part of her adult life and her health deteriorated in her last two decades. She passed on in 2002 after a several illnesses and three strokes.

Who is Queen Elizabeth II husband? 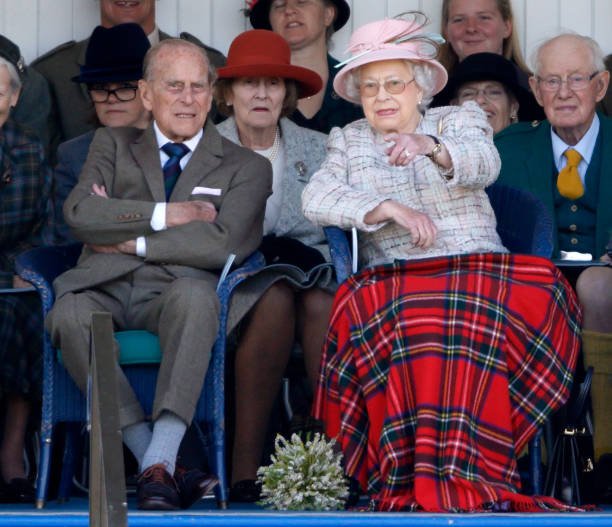 Duration of Marriage: November 20, 1947 till his death

Phillip is a distant cousin to the British Monarch and was born in Greece into the royal families of Greece and Denmark. His family was exiled from the country while he was only an infant and he had joined the British Royal Navy. In 1934, the Queen Mother and her husband were touring the Naval College in Dartmouth and Phillip was asked to escort the two daughters of the Queen Mother.

Elizabeth fell in love with her then escort and they began exchanging letters when she was thirteen. Their relationship lasted for several years until Phillip asked for her hands in marriage in 1947. George had been a bit cautious all along, not wanting his daughter to be with him because he was her first love but because she truly loved him. King George later agreed provided all formal engagements were delayed until the heiress presumptive was 21. 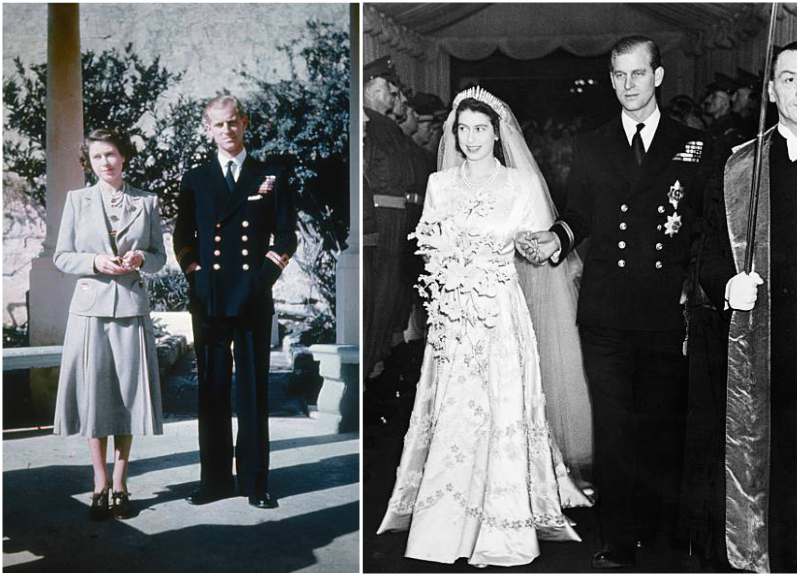 The boisterous and outspoken Phillip returned from war, renounced his royal title and adopted the surname Mountbatten from his maternal side. He became a British citizen and shortly before their wedding was named the Duke of Edinburgh. Both kingly lovers were married and had the privilege of enjoying a life off the throne for a couple of years until King George VI died and his daughter who was in Kenya at the time had to return home and fill the vacant royal position. Mountbatten had to leave active military service after his wife became the Queen in 1952 having reached the rank of Commander.

Who are Queen Elizabeth II children? 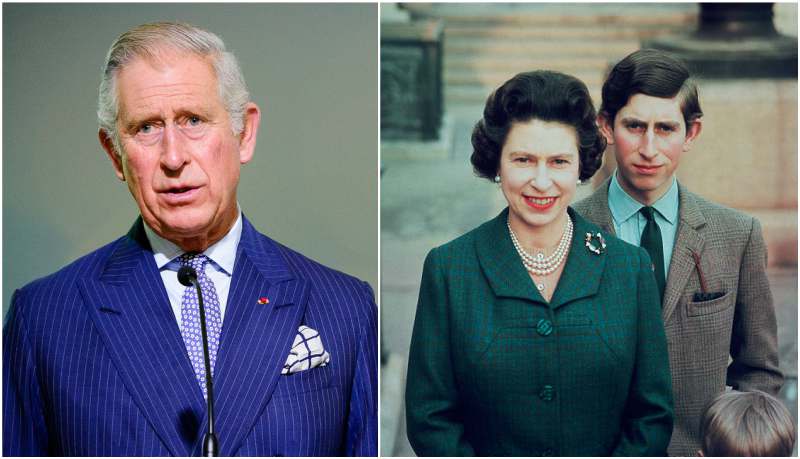 In 1969, Elizabeth II officially made Prince Charles her successor by granting him the title of Prince of Wales. He is the longest serving heir apparent having held the position since his mother’s coronation in 1952. His mother has concluded however that she would hand over the throne to him if she is still alive at 65.

Charles in his youth was involved with a number of women but finally settled for Diana. His first marriage was to the late Spencer and with her he had two sons; Prince William, Duke of Cambridge (born June 21, 1982) and Prince Harry (born September 15, 1984). His union with Diana ended in a highly publicized 1996 divorce following several extra-marital affairs. He later married Camilla Parker Bowles. 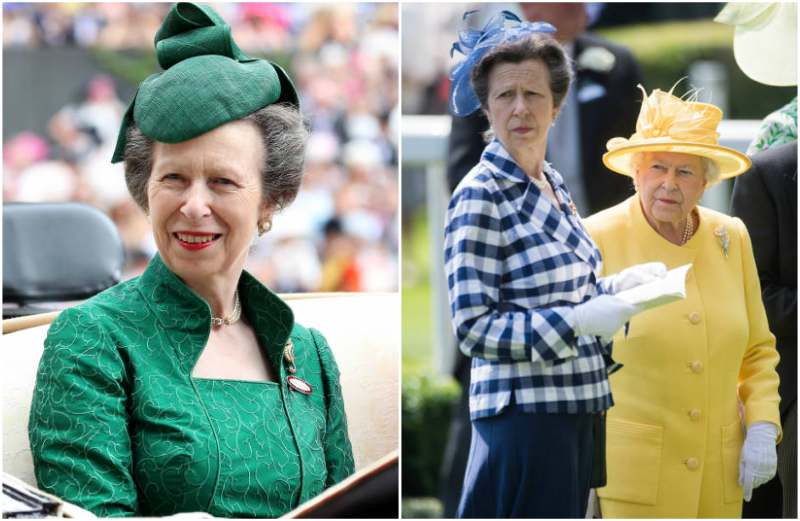 She is the only daughter to the British Queen and The Princess Royal. Anne Elizabeth Alice Louise is known as a very charitable woman who is patron to over 200 organizations. She is the first member of the royal family to ever compete in the Olympic Games and is a talented equestrian. She was first married to Mark Phillips with whom she had two children, Peter Phillips (born November 15, 1977) and Zara Tindall (born May 15, 1981). After their 1992 divorce, she married Timothy Lawrence. 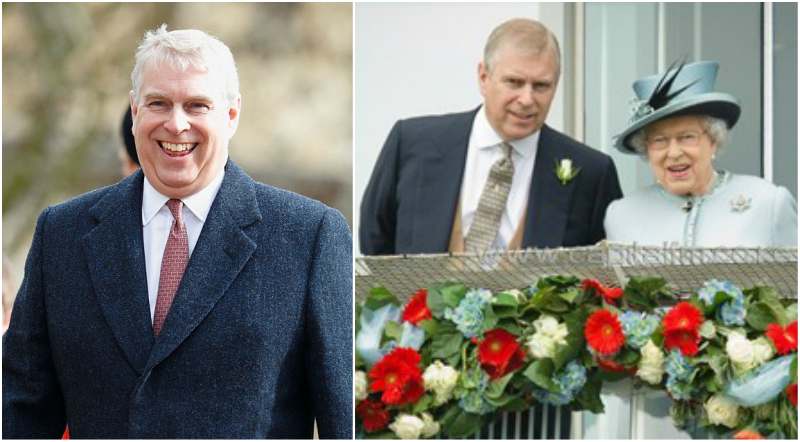 Andrew is the third child and second son to Elizabeth and is the first child born to a reigning monarch since the birth of Queen Victoria’s youngest child, Princess Beatrice. He was made the Duke of York on July 23, 1986, the same day he married Sarah Ferguson. The couple became parents to two daughters; Princess Beatrice (born August 8, 1988) and Princess Eugenie (born March 23, 1990) but their union ended in a 1996 divorce after four years of being separated. 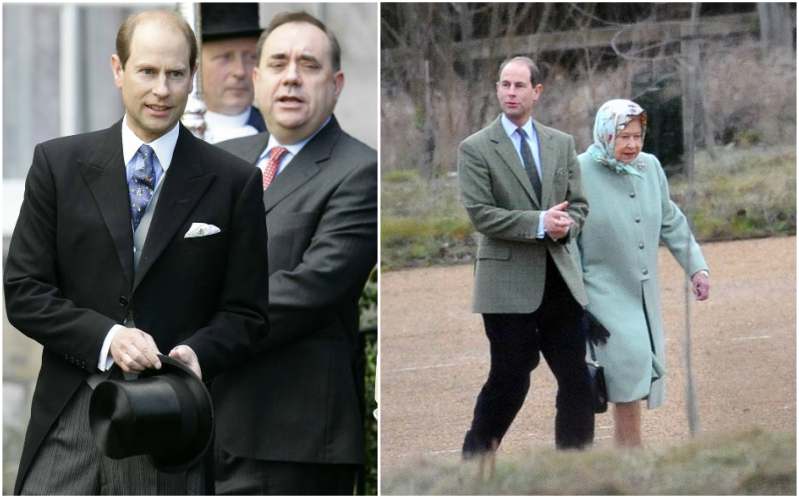 Edward Anthony is the youngest child to the current Queen and is the fourth member of the family to obtain a university degree. He has been married to Sophie Rhys-Jones since June 19, 1999 and on his wedding day was created Earl of Wessex. He lives happily with his wife and two children, Lady Louise Windsor (born November 8, 2003) and James, Viscount Severn (born December 17, 2007).

Who are Queen Elizabeth II grandchildren?

Below are the names of the grandchildren to the reigning Queen Elizabeth II: 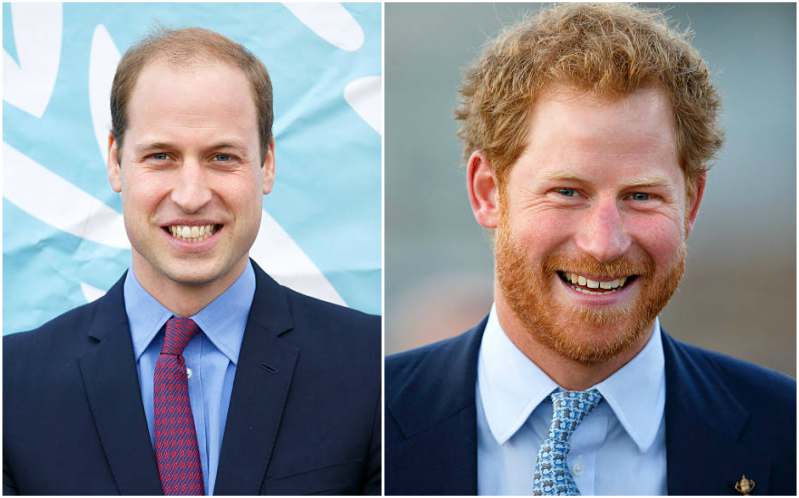 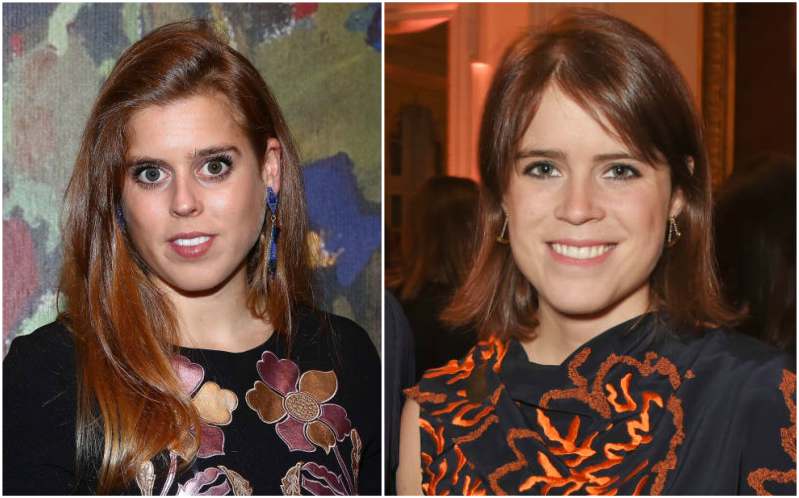 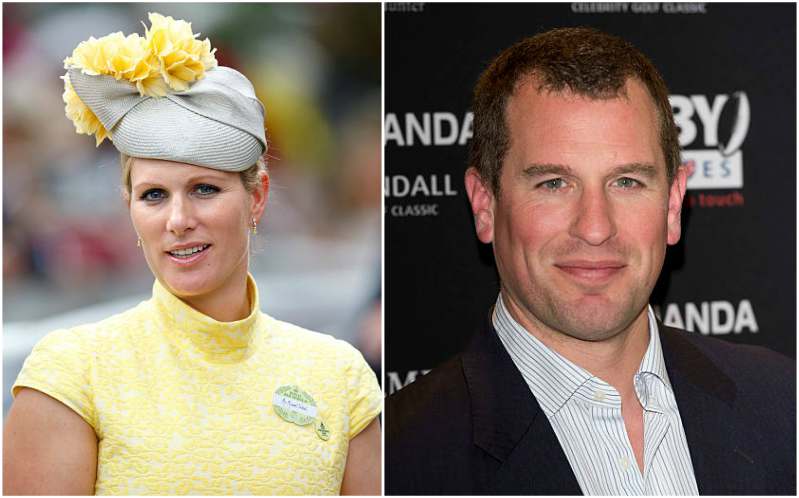 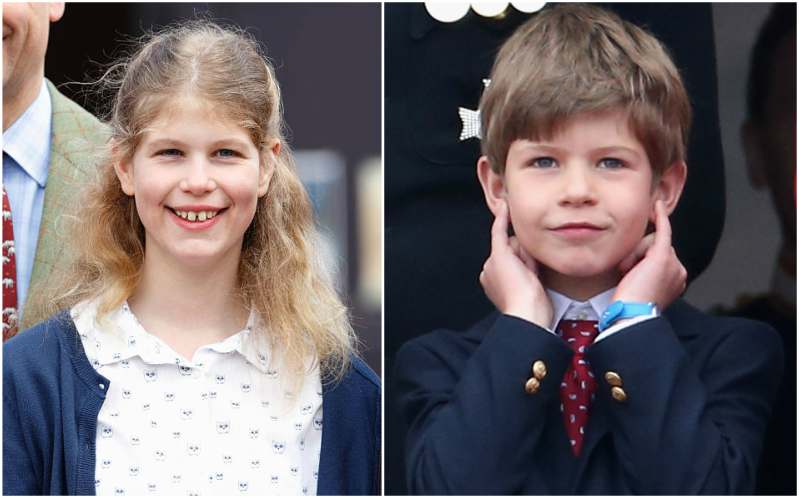