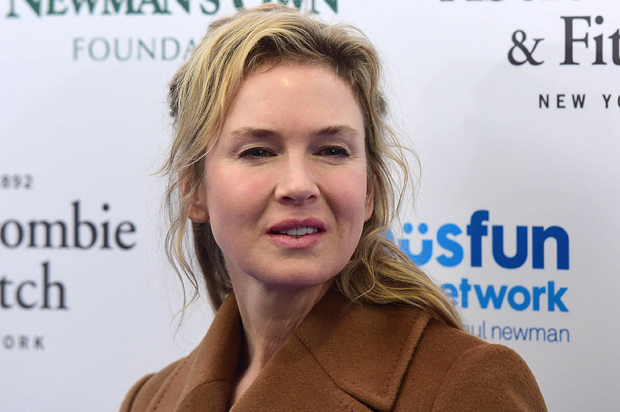 Renee Zellweger is probably the most changeable actress ever, because she agreed to put on weight for three times, presenting the role of Bridget in a well-known sequel. How is it – to lose and to gain again and again? Here we tried to find the answer.

What was the initial situation?

It all began when in 2001 Renee was offered to participate in the project, called “The Bridget Jones Diary”. There was one unordinary obligation she had to make – put a lot of weight; the amount was measured in 20 pounds (9 kg). And she agreed!

To achieve the put goal, the actress used to sit on the 4,000 calorie diet, eating more than 4 times per day. After the film was released, she commented over her change for Vogue, that some time ago she noticed that society focuses much on physicality. That seemed to annoy her much. 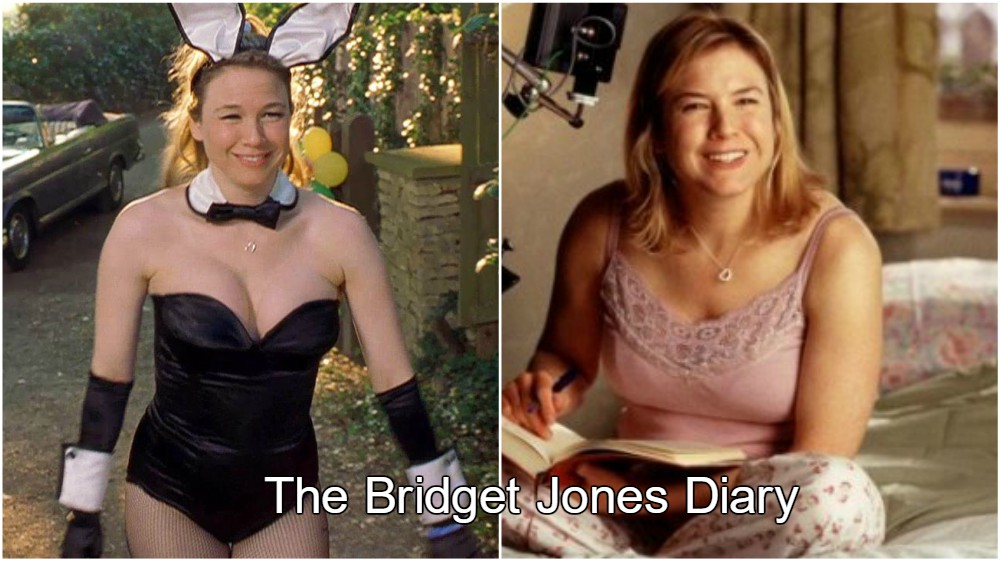 How were the things later?

The next year was completely unpredictable for actress and unbelievable for public, because the upcoming film introduced Renee a slim, even thin, lady, who charms much because of perfect shape and attractive appearance. It is called “Chicago”. Dailymail called her “shockingly gaunt”, because of the clothes size – it was only 6.

In some time she again appeared on public, it was noticed that the weight went normal, because the shape was around the 8 size.

You will definitely ask – How? The answer is sport – Renee was working out hard, six days per week, trying also to get rid of the bad eating habits. 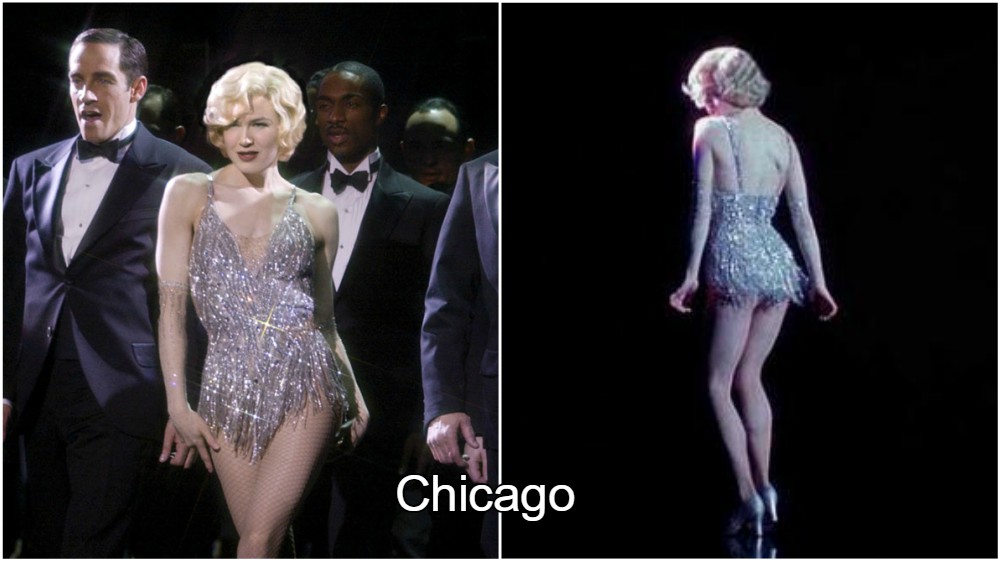 In 2003 Renee impressed much, when it was announced “Bridget Jones” is becoming a sequel. It meant she had to gain almost the same weight, not to shock the fans and spoil the film. Camera shoots did show the change in body fit – the actress had already gained some pounds, wearing the dress of 12 size.

But her favorite 14 was waiting for her as also the character in the next part to be called “Bridget Jones: The Edge of Reason”. Her appearance was a bit different due to probable lips surgery to be done the year before. The question was if there is any collagen in it or not. But nevertheless the release occurred and the movie was highly appreciated by audience.

Let’s see what was next.

In 2005 she was widely criticized because of possible plastic surgery the movie presenter did before to improve the look. The journalists had found the differences in the eyebrows. But, maybe, it was just a good correction and the perfect pencil to be used? The body size however was 4. 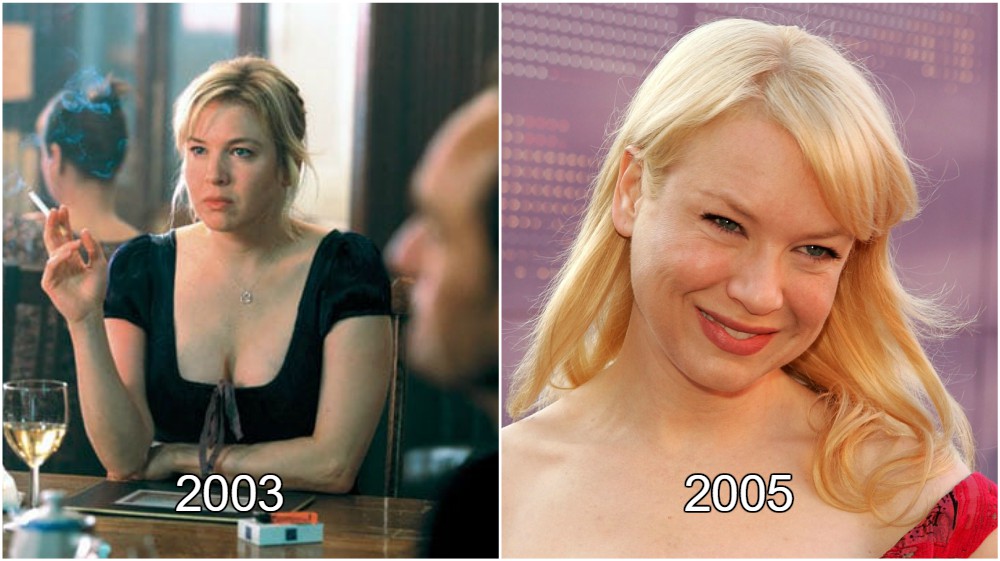 What were the next steps of the challenge? In 2007, when appearing on public she was caught on possible skin Botox, which may take place in her life. As it was said, her skin was too good looking.

But maybe Renee was just preparing for the new role, which she was asked to make, and before the production started, it was decided to correct the look.

What was it – the new project?

The famous film appeared in 2009, called “New in the Town”, where her appearance was completely new and mostly adorable by fans, but not by article authors and critics. New York’s Daily mentioned in its article the change, giving such descriptions to her style: “icepick chin and pushed lips”.

So, as one may guess it was not appropriate for professionals, but negative replies do exist and should exist. 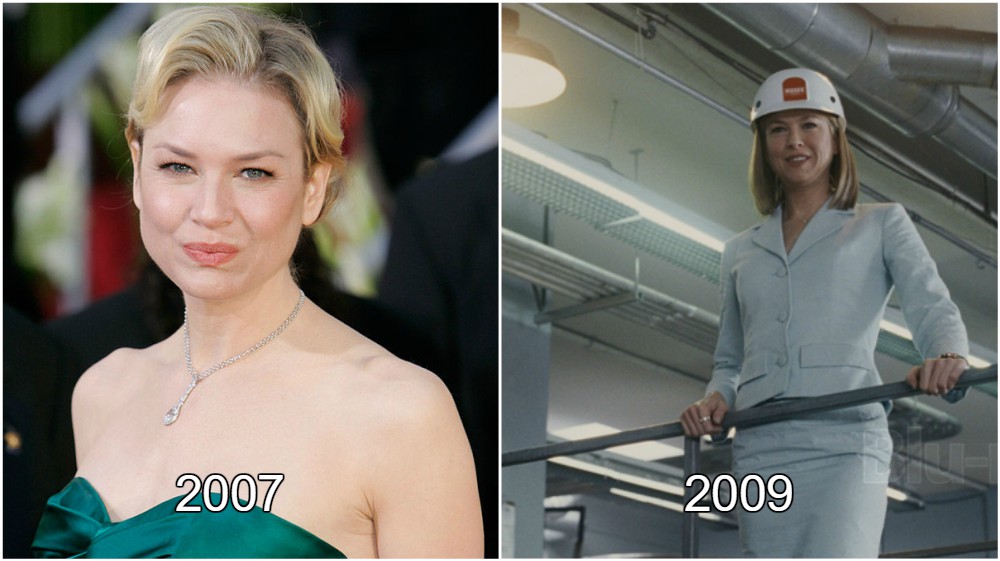 The most loud and welcomed and wanted event of 2016 is the third part of sequel, named already “Bridget Jones Baby” to come out. 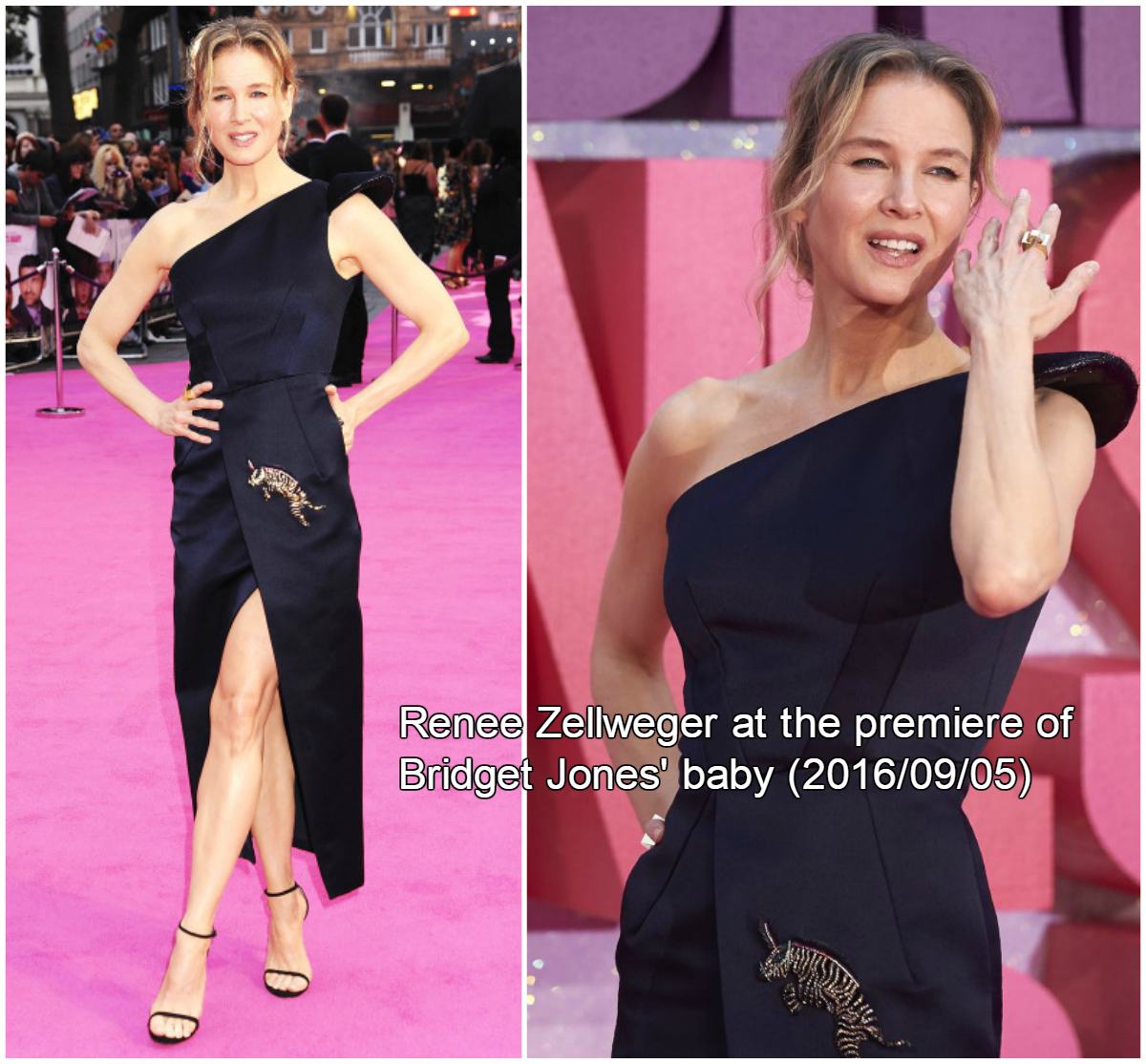 There are many transformations in new Bridget, such as pregnancy, so putting on “some pounds” as the actress noticed in Vogue’s interview, but in real it was around 20, face changes: to keep the youth and beauty as of course the character transformations.

An interesting fact is that nobody knows the ending, as there are three of them to prevent spoiling in net and other media. Even the main roles presenters are hesitating in answer. So, we will see soon after it appears on the big screens.

To sum up, a change is always good, if only it doesn’t harm the health. There were many concern and worries, when the movie making of “Bridget…” was active, but hopefully now they are all in past.