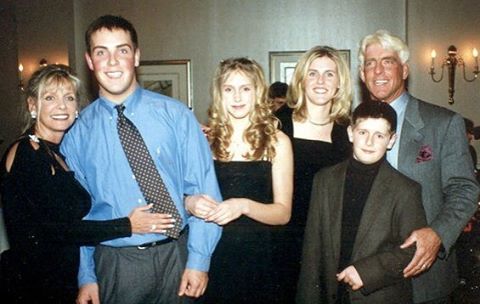 On the ring, he has several titles; from “The Black Scorpion” to “Rick Flair” to “Ricky Rhodes” but the moniker “Ric Flair” has come to stay as his most called title. Flair is considered by many to be the greatest professional wrestler of all time. His career spanned 40 years and those years were filled with a million and one awards and massive recognition.

Richard Morgan Fliehr (birth name) was born into a life as ordinary as can be. He attended boarding school for a while and for his sporting choice, Fliehr went with football, track and interscholastic wrestling. Without much doubt, we can conclude that there was something about wrestling since Richard was a young boy. He met the French0-Canadian Vachon wrestling brothers one time during a summer job and this was the first experience the wrestling champion had with his sport business.

From his December 10, 1972 Wisconsin debut till he retired on December 3, 2012; The Black Scorpion has a chronicle of achievements to his name. Aside his career success, there are other parts to him that are not as famous as his profession. This is his family! Ric Flair as focused and determined as he looks during the game is a different man out of the ring. He has had quite a roller coaster ride with women and is a father to four kids. Find out more about his love experiences and the Flair children as you read on.

Ric’s first shot at matrimony was when he married his sweetheart Leslie Goodman. Their union lasted 12 years and they were blessed with two kids. 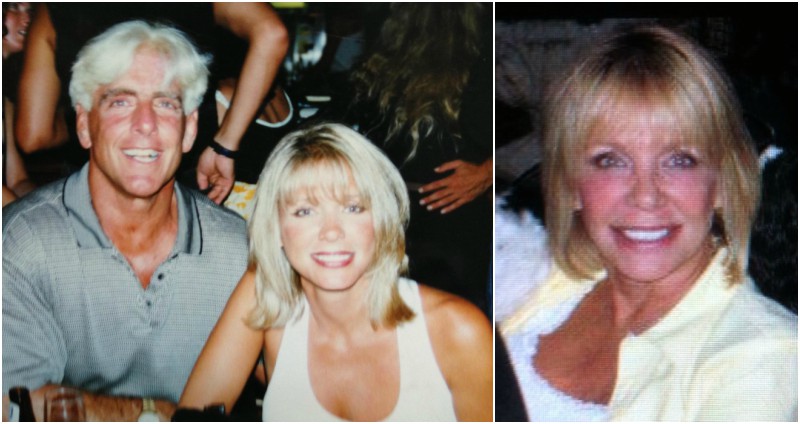 The same year after Flair’s first divorce, he got married to Harrell in the summer of 1983. Things were going smoothly in their marriage and they had two kids together until rumors started going about that Elizabeth and Ric were going to be getting divorced. We heard of the news of their divorce in 2006, after nearly 23 years of marriage. 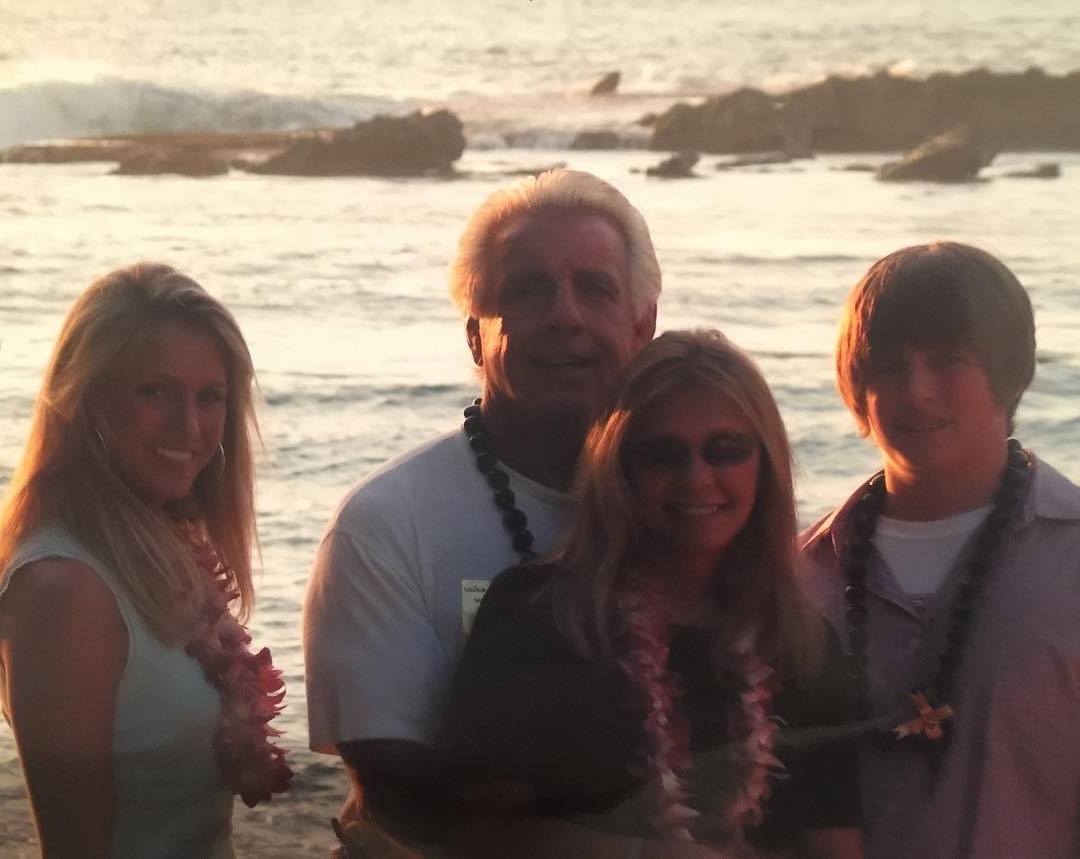 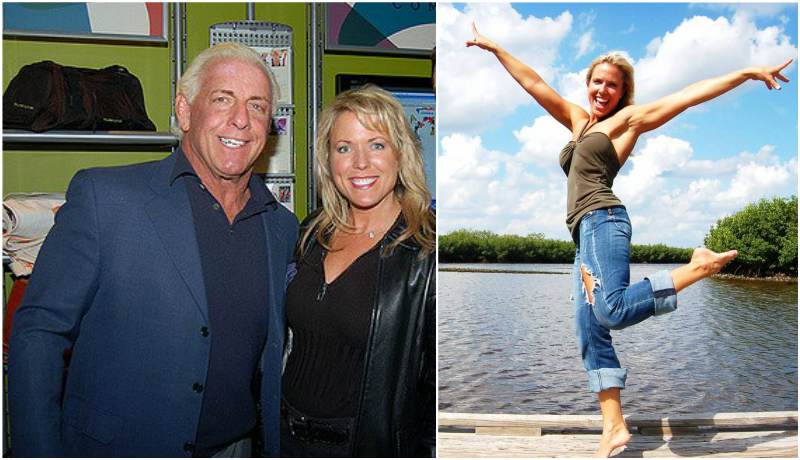 Fitness competitor Tiffany VanDemark became the third wife to pro-wrestler Flair. Rumors began rising that Tiffany was domestically abusing her big husband; we don’t know how true this was though. She filed for a divorce in 2008 but it was not finalized until 2009. 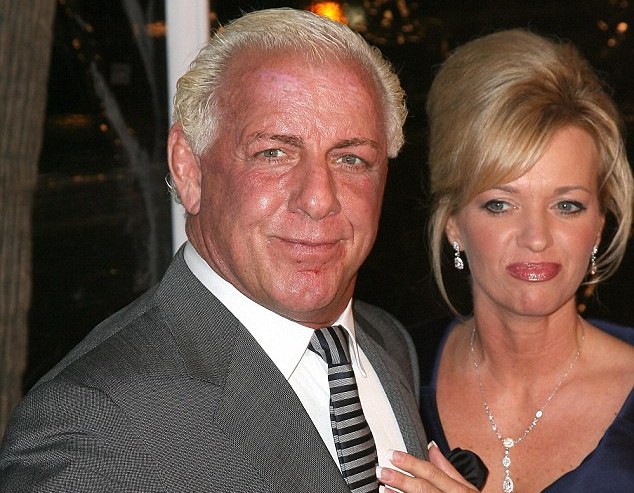 For four decades, Flair has been a terror in the ring. We started to think he was planning to get married as many times as he had won championships. His forth marriage with Jackie has been sort of an irony because on more than two occasions, he has been assaulted by her. Beems did not go scot free because the police was involved in the matter and she was arrested for putting “Nature Boy” in the hospital. 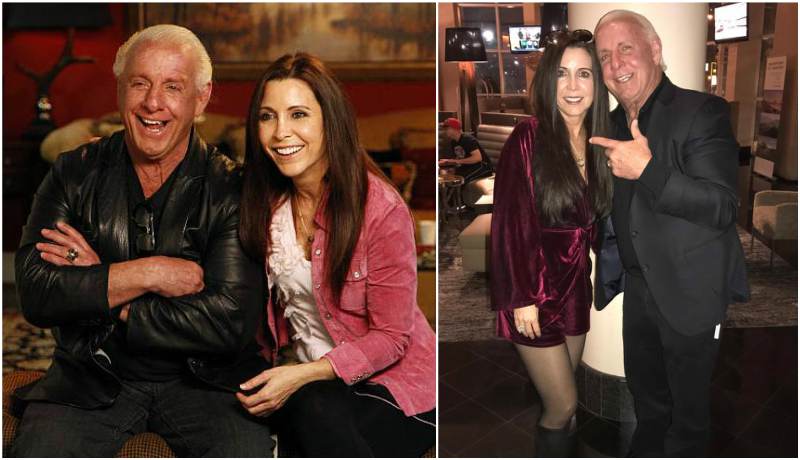 Flair’s latest sensation is Wendy Barlow, the maid “Fifi” from his WCW Interview segment titled “A Flair for the Gold”. He started the relationship with Barlow a while after his divorce and now both couple have been engaged since July 2016. Wendy herself is a mother of four children: Sophia (born 1999), Sebastian (born 2001), Paris (2003), and Summer (born 2004). They love their “Uncle Ric” and he loves them too. 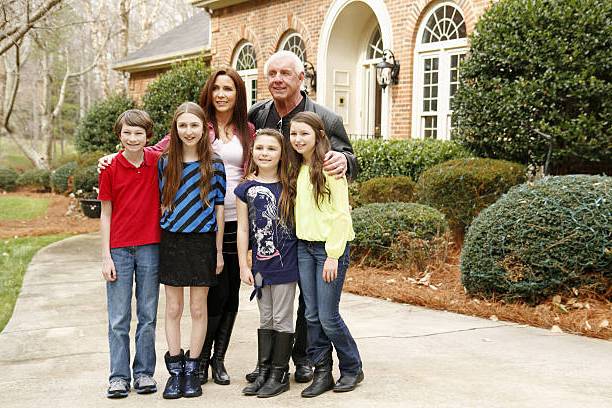 The couple got married on September 12, 2018 on the rooftop of the Pearl Hotel in Rosemary Beach, Florida. 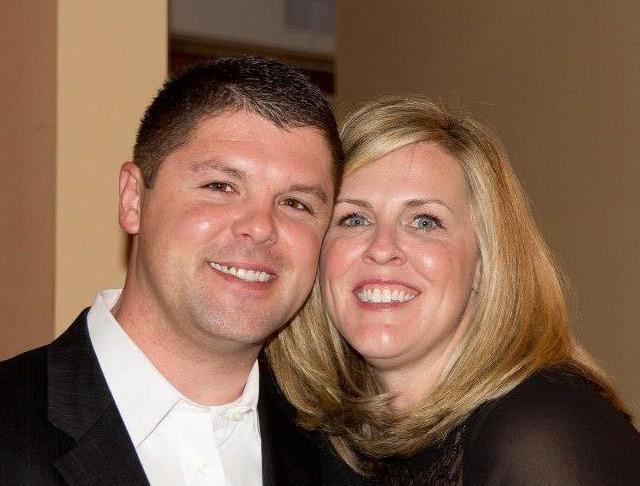 She is the first child to the iconic Flair but is not anywhere near a professional wrestling career like the rest of her siblings. Megan is now a mother to Morgan Lee Ketzner (born May 9, 2004). On January 16, 2018 she got engaged to  Conrad Thompson. 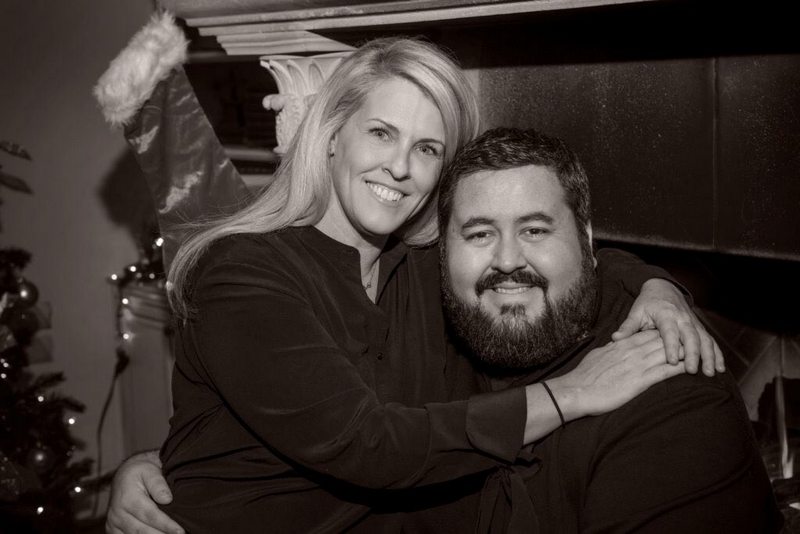 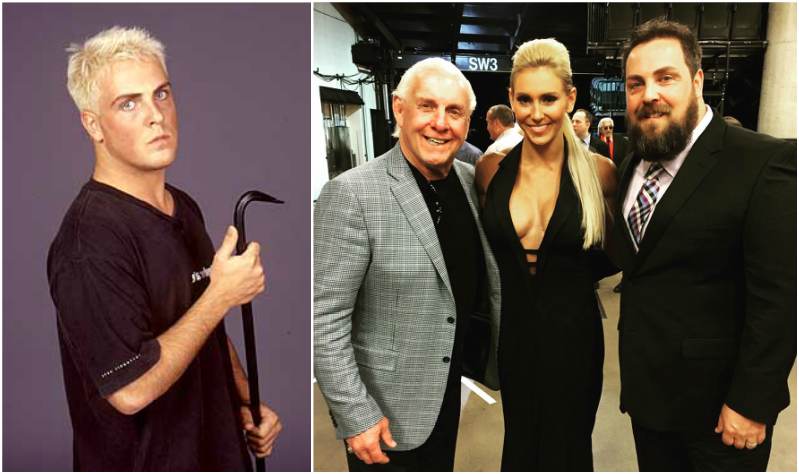 David is now a Semi-retired professional wrestler who never wanted to take after his dad in the first place. Flair says while he was growing up, he had decided not to be a wrestler but a state trooper but he had too much firsthand experience in the field to not venture into it. As with almost all successes, David suffered his fair share of failures but his successes far outweigh his down moments. Flair is now married to a woman by the name Robin and they seem to have a great thing going. 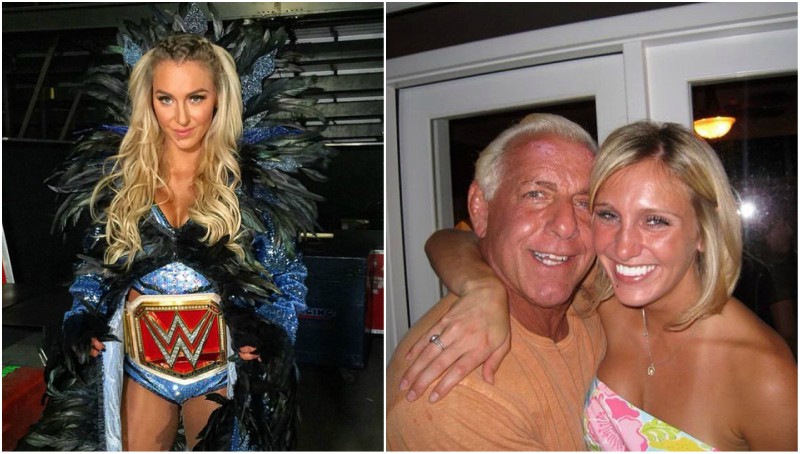 Charlotte is just her ring name, she was born Ashley Elizabeth Fliehr in North Carolina. Before she became a professional wrestler, Ashley acted as a certified personal trainer. At the young age of 14, the genetically superior athlete had made her first appearance in the wrestling world alongside her dad. Several of her first few appearances were when it was the Flair family in the ring. The name Charlotte was adopted after she signed a deal with the World Wrestling Entertainment on May 17, 2012. 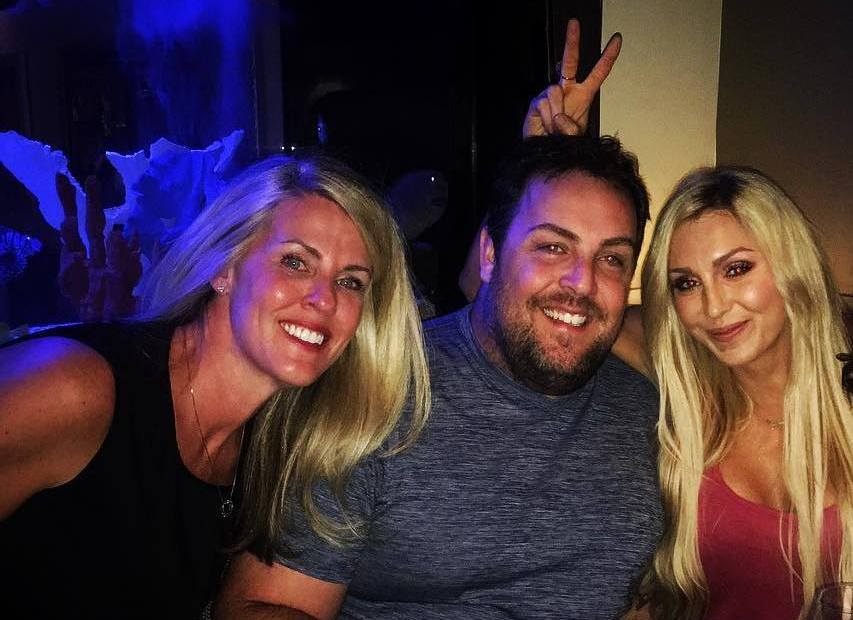 Her style of playing exudes villainous traits that were maybe gotten from her Champion dad. Charlotte has been married twice but with no kids of her own. Her first marriage was in 2010 to Riki Johnson, the second one was in 2013 to fellow wrestler Thomas Latimer that goes by the name “Bram”. She is a single wrestler now as her divorce with “Bram” was finalized on October 29, 2015. 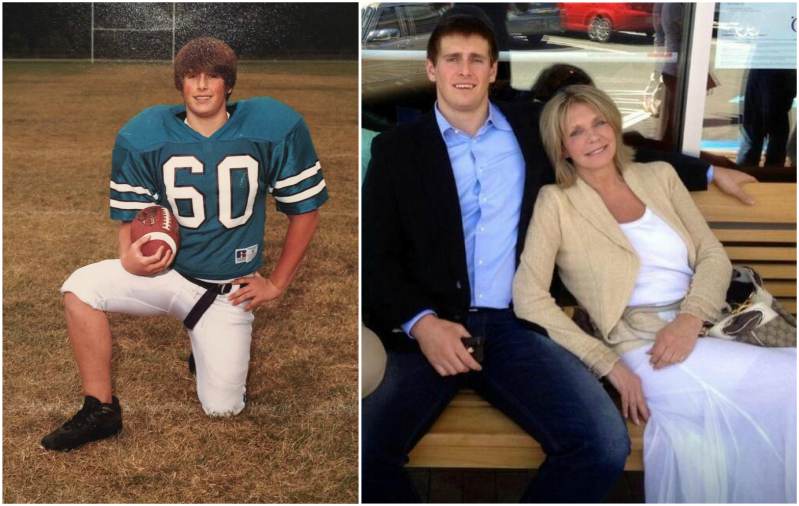 Richard Reid Fliehr is his birth name but Richard goes by his ring name Reid Flair. He made his match debut under his name Reid Flair against his brother David on December 6, 2008. Before 2008, Flair had been in several other matches but was still using his birth name all along. The last match before he passed on was the “All Japan March 15 event”. 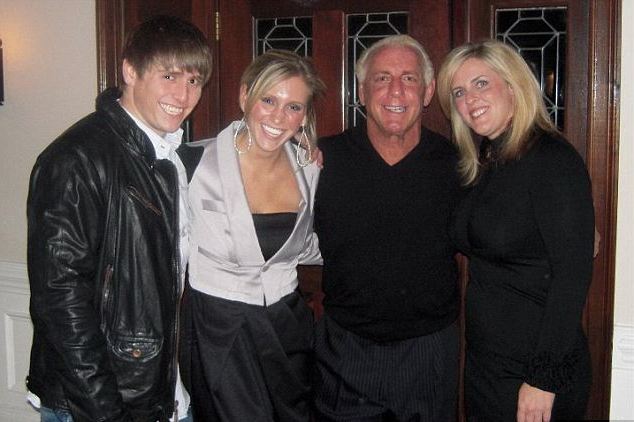 Reid died in March 2009 from an accidental overdose on heroine, alprazolam and a muscle relaxer, clonazepam. The cause of the youngest Flair’s death was not exactly a surprise because he had always been overboard with drugs. Charged severally for felony, assault and battery, the late Reid Flair can easily be termed the black sheep of his successful family. 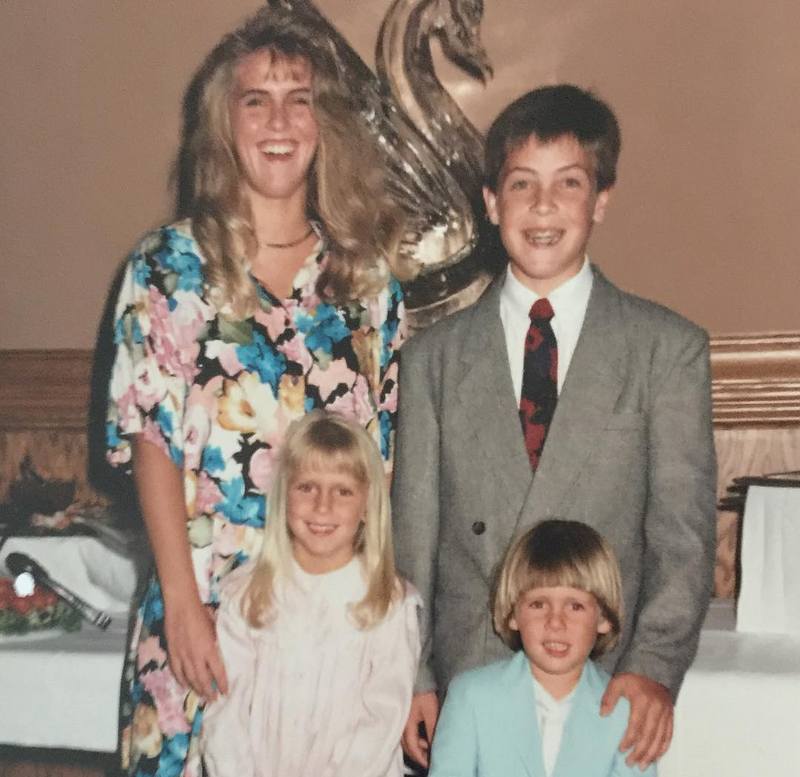