The Big Bang Theory Stars and Their Real Life Relationships 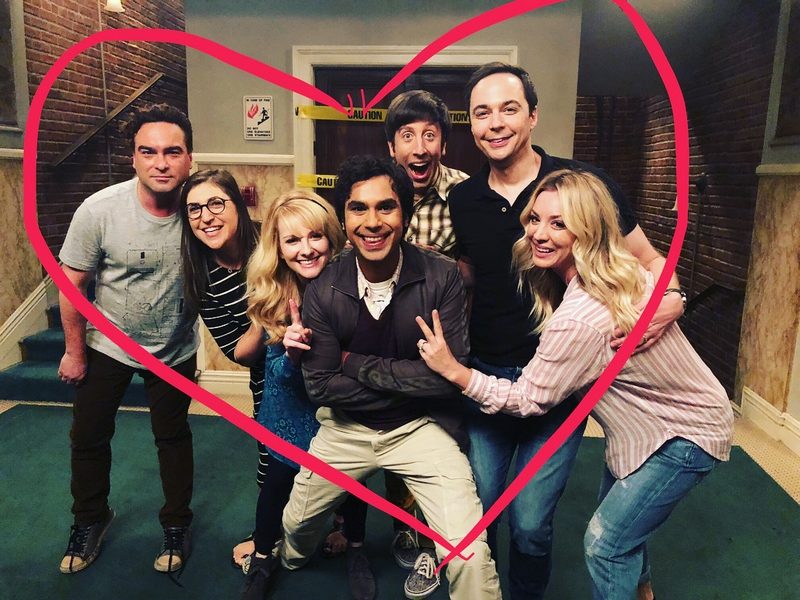 The Big Bang Theory Stars and Their Real Life Relationships

It’s hard to find a person, who has never watched at least one episode of The Big Bang Theory. The super popular sitcom earned various prestigious awards, including 10 Emmy Awards, 6 Critics Choice Awards, 12 People’s Choice Awards and a Golden Globe.

The Big Bang Theory actors gain much attention from the public and their professional skills are highly estimated by many critics. However, are you eager to discover what’s behind the curtain and who supports them in real life? If yes, we’ll gladly share information about the significant others of the actors, who starred in this TV show. 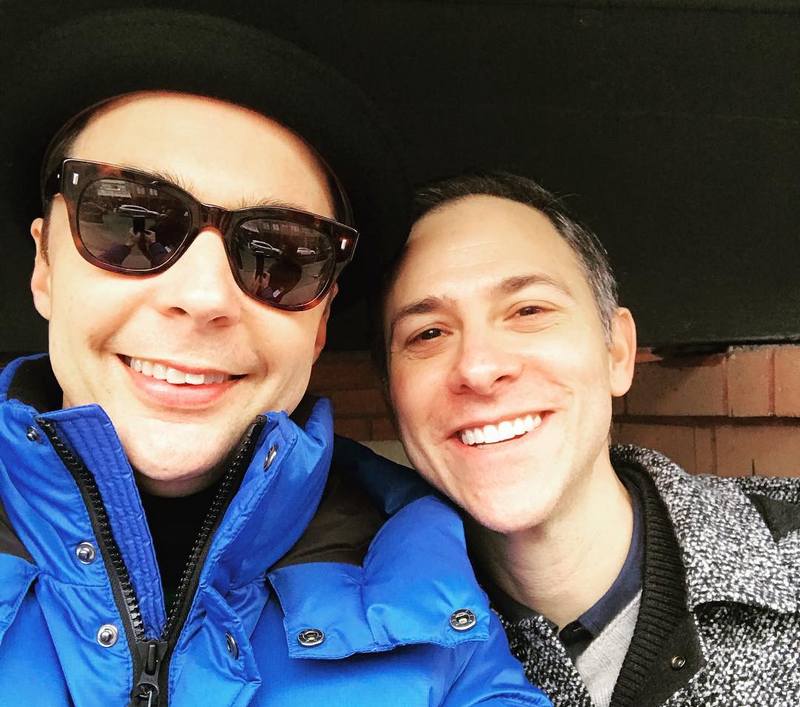 In 2012, it became known that Jim Parsons, who played the part of Sheldon Cooper, is a gay. He got acquainted with Todd Spiewak in 2002 at a blind date. They tied the knot on May 13, 2017, and spent the honeymoon in Capri, Italy. Todd is an art director and producer.

Additionally, Jim and Todd launched their own production company, Wonderful Productions, and Todd served as an executive producer of the Young Sheldon.  Parsons revealed that Spiewak was the best thing that ever happened to him. 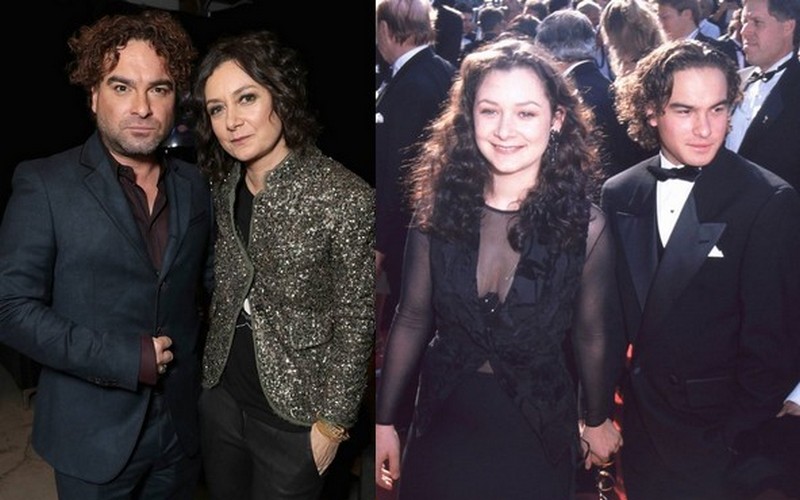 Sara is an actress. She and Johnny were romantically involved in real life as well as on the screen, playing a couple in Roseanne sitcom. However, during their relationships, Gilbert understood that she was gay. Johnny supported her and kept her secret until she was ready to disclose it. So, they are pretty good friends now. 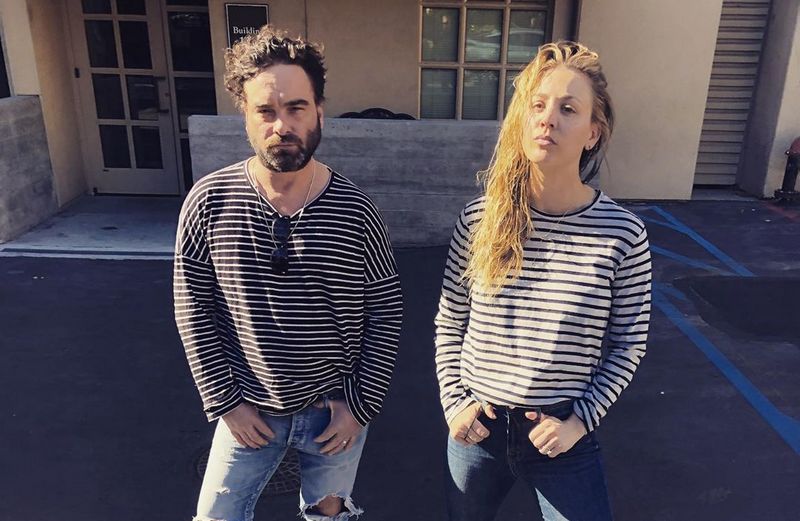 Kaley is Johnny’s co-star in The Big Bang Theory. Kaley and Johnny played a couple in the sitcom as well as were a couple in real life for about two years. However, they never appeared on public together and even lied to their close people in order to keep their romance secret. Despite their separation in 2009, the both remained good friends. Galecki was even a guest at Cuoco’s wedding to Karl Cook. 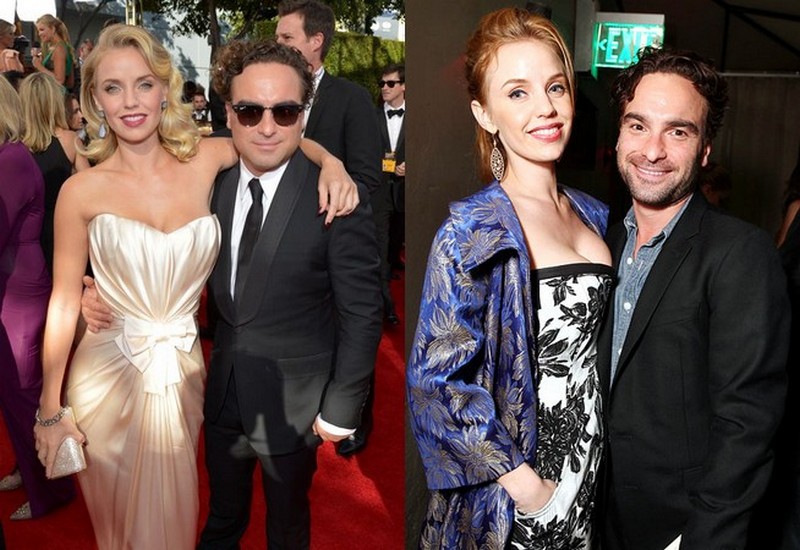 Kelli is an actress, noted for playing in The Aviator and Horns. She and Johnny first appeared together in the public in 2012, though they got romantically involved in 2011. In 2014, they broke up, but remained friends. 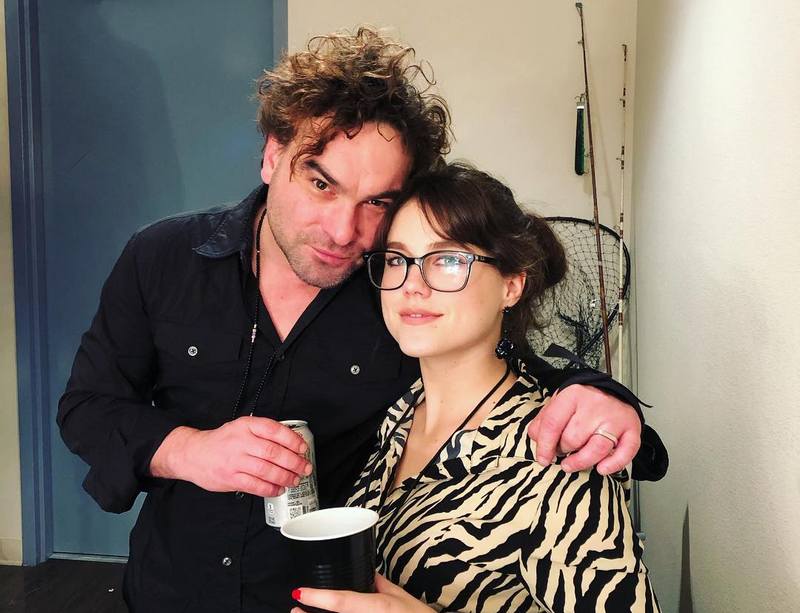 Duration of Relationships: since 2018 till present

Alaina is 22 years younger than The Big Bang Theory’s Leonard. She is an event producer. Johnny and Alaina love to travel together. The both seem to be madly in love as they even made tattoos with each other’s initials. By the way, Meyer visited her boyfriend on the set of The Big Bang Theory. They made a red carpet debut in November 2018 by visiting the People’s Choice Awards together. 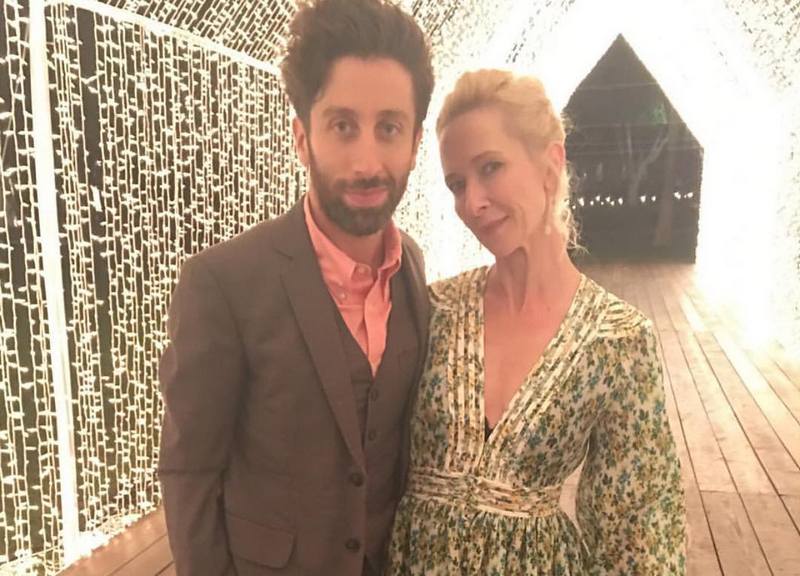 Jocelyn Towne deals with acting, directing and producing. She had small roles in Havoc and Gilmore Girls. Helberg met Towne in 2002, but their love story wasn’t smooth at all. After dating for some time, the performer of Howard Wolowitz role broke up with Jocelyn to reunite with his former significant other in Paris. However, having found out about the girl’s infidelity, he understood that Towne was his true love.

So, Simon did his best to return Jocelyn and espoused her on July 15, 2007. Moreover, the couple even showed their story in We’ll Never Have Paris movie. Simon and Jocelyn are parents of two children: daughter Adeline and son Wilder. 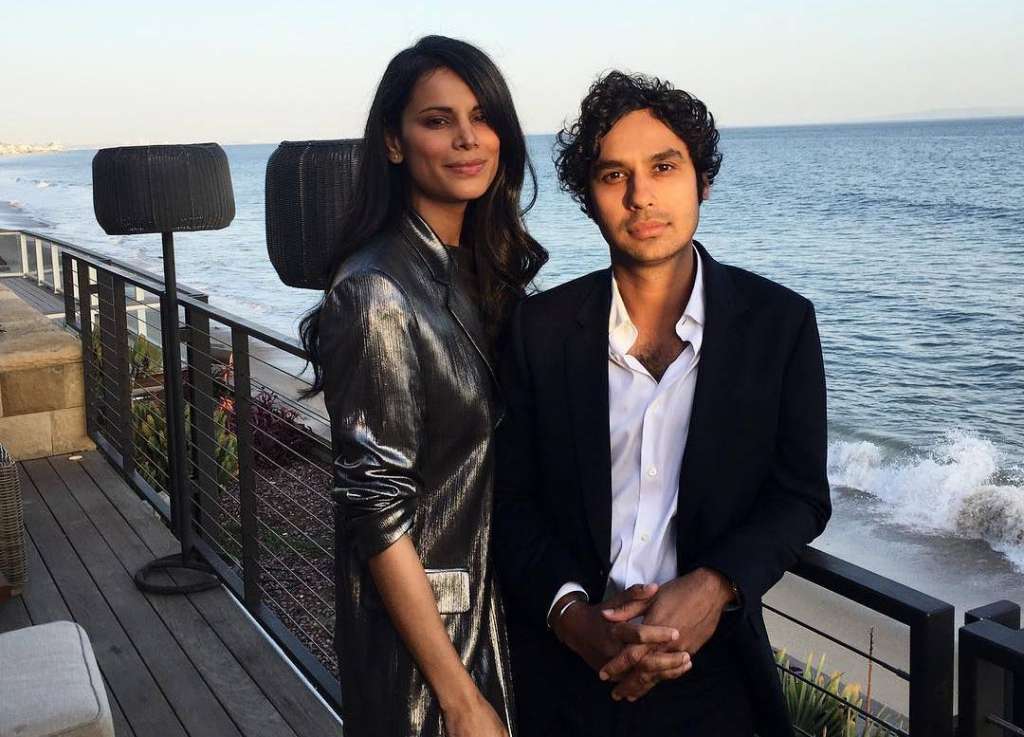 Neha is Miss India 2006, who is also a model, actress, fashion designer and owner of Hensley brand. The actor, who had the part of Rajesh, got acquainted with Neha at a party in December 2009 and believed that she was too good for him.

But his feelings turned out to be reciprocal and the couple got married on December 22, 2011, in their hometown, Delhi. The girl left her native India to live with her husband in Los Angeles. Besides being spouses, Neha and Kunal are also best friends. 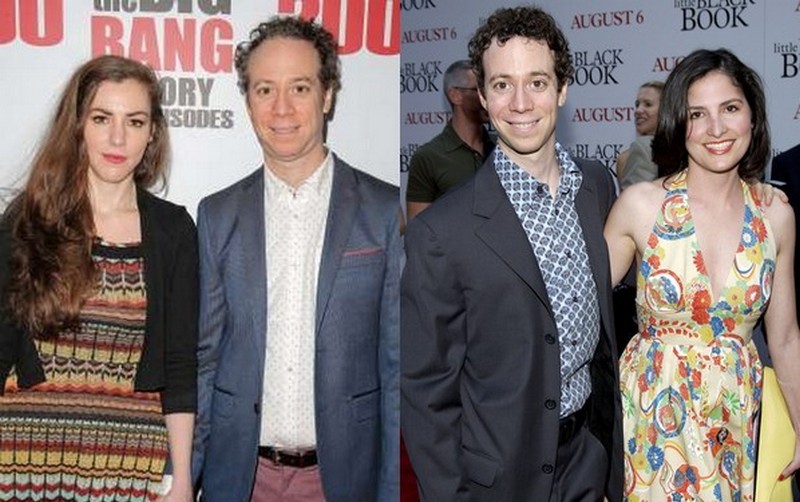 Kevin espoused Alessandra in October 2006. They lived separately since 2012, but got officially divorced in 2017. They don’t have any kids together. 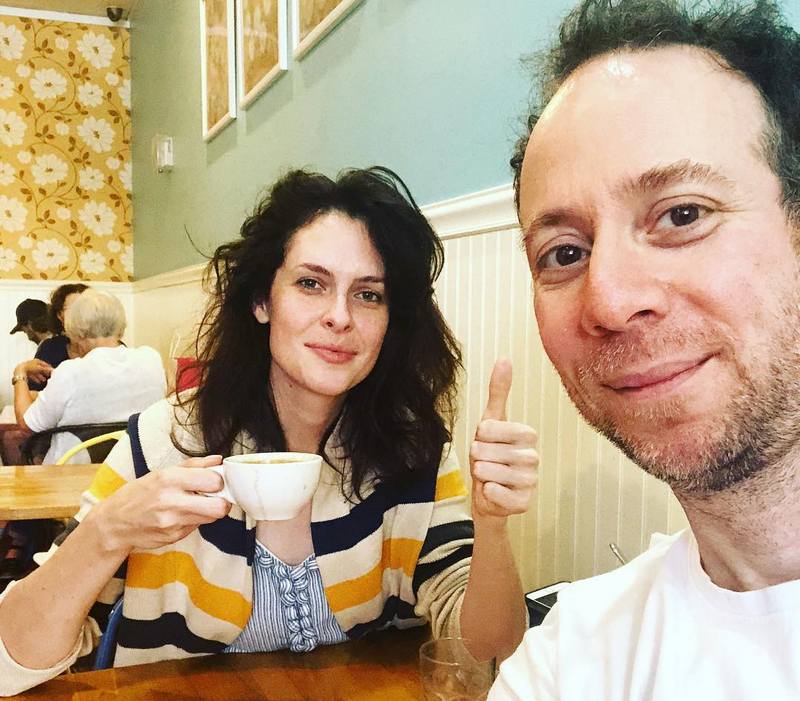 Kevin, who portrays Stuart in the sitcom, shared the photo of his new girlfriend in February 2018. She turned out to be Whitney Rice, an actress. She appeared in Suits and The Last Tycoon movies. The couple often shares photos with each other on their Instagram. 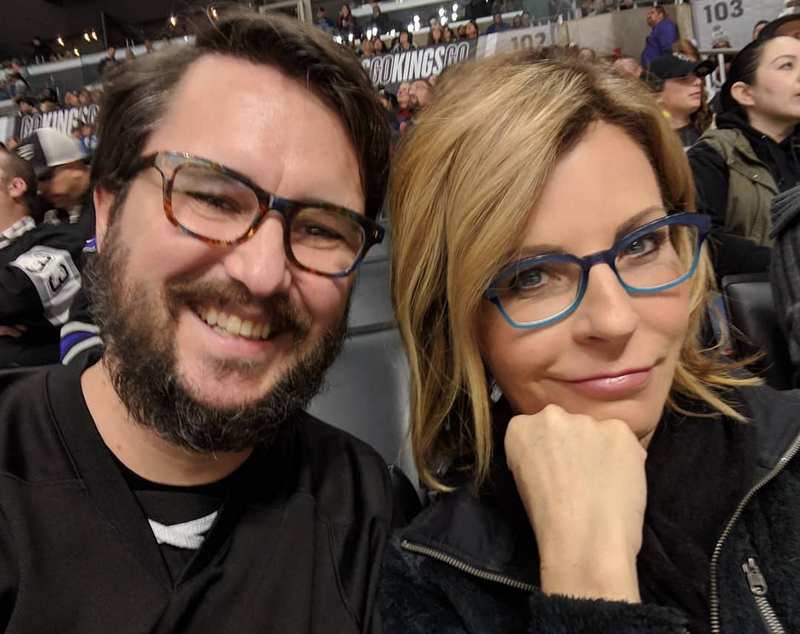 Anne was a hair stylist, but now she is an author, who published her Piggy and Pug book in 2017. She also deals with a number of charitable projects and rescues animals. When Wil met Anne at a New Year’s party in 1995, he was engaged in a business, but wanted to become an actor. The woman provided him with much support and helped to understand what path to choose. Wil and Anne exchanged their vows on November 7, 1999, and the woman took her husband’s surname. They bring up Anne’s sons from previous marriage, Ryan and Nolan, who also changed their last names to Wheaton. 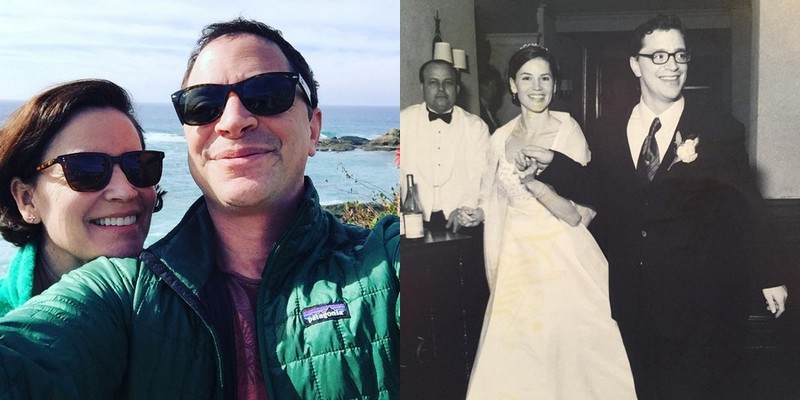 Duration of Marriage: since 1996 till present

Melissa used to be a costume designer, but now she runs a flower boutique, called Isarose. The couple met in 1992 and celebrated their wedding in 1996. They gave birth to daughter Isabel and son Avi. By the way, Joshua is very proud of his wife and even helps to promote her store on his social media.

Duration of Marriage: since 2004 till present

Jamie is an actress, comedian and author. She made appearances in Orange Is the New Black, Return of the Mac and The Heat. Moreover, she is the creator of American Princess TV series. John, or Barry in the TV series, met Jamie while performing at a theater and proposed to her several years after at a Japanese restaurant. They got married on June 5, 2004. The couple has a son and a daughter. 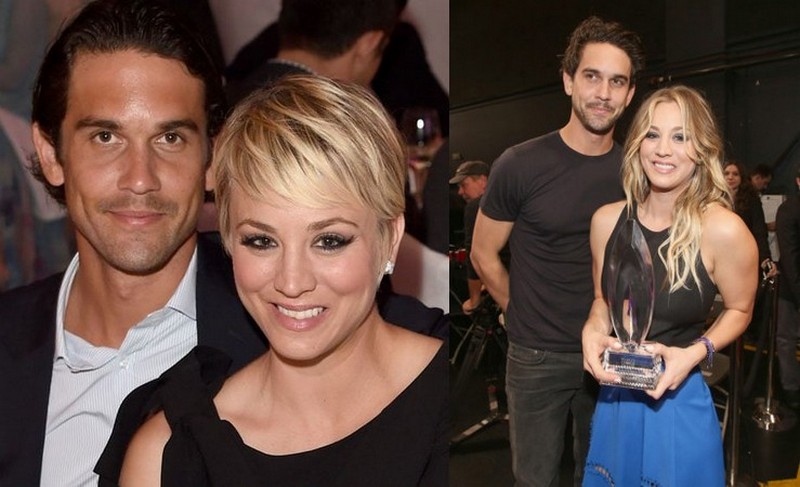 Ryan is a tennis player. They started to date in mid-2013 and tied the knot the same year, on December 31. In May 2016, the couple got officially divorced. The actress claimed that the person she was married to was absolutely different from the one she initially fell in love with. Kaley made a tattoo of their wedding date, which she had to cover with a moth with outspread wings after separation. 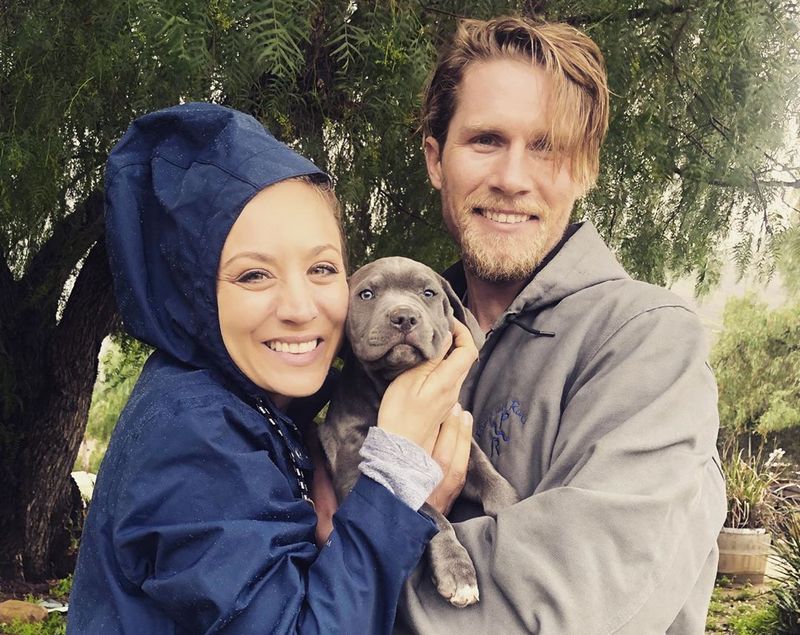 Karl is an equestrian, who is 5 years younger than his wife. The future spouses met at a horse show and Karl didn’t initially know who Kaley is. Having started to date in the end of 2016, they got engaged in 2017, at Cuoco’s birthday. Karl espoused Kaley on June 30, 2018, at a horse stable (which is unsurprising as the both are fans of horses). In one of her interviews, The Big Bang Theory’s Penny shared that Karl was her dream guy and they had much in common. 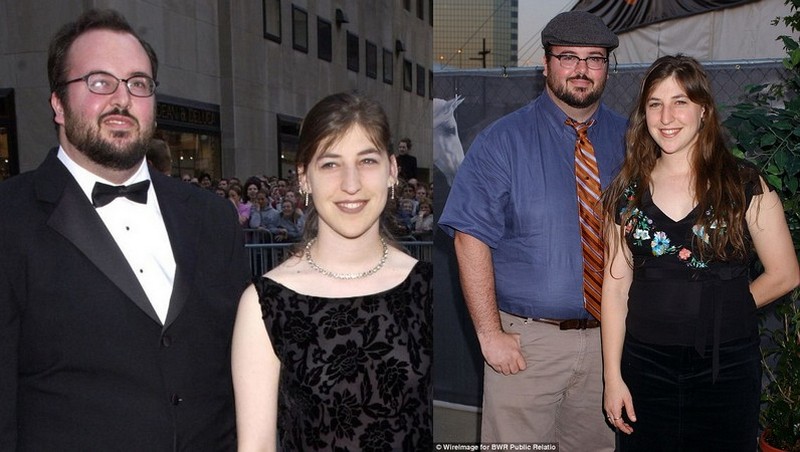 Today, Mayim seems to be single. However, previously, she was a wife to Michael Stone. The man even converted to Judaism to be with the actress. He espoused the performer of the role of Amy on August 31, 2003, at a Victorian-themed ceremony.  But in 2012, they parted. The couple has two sons, Miles and Frederick. From 2013 to 2018, Bialik dated a guy, whose name wasn’t revealed, but they broke up just before the Christmas holidays. That separation made the actress feel rather depressed. 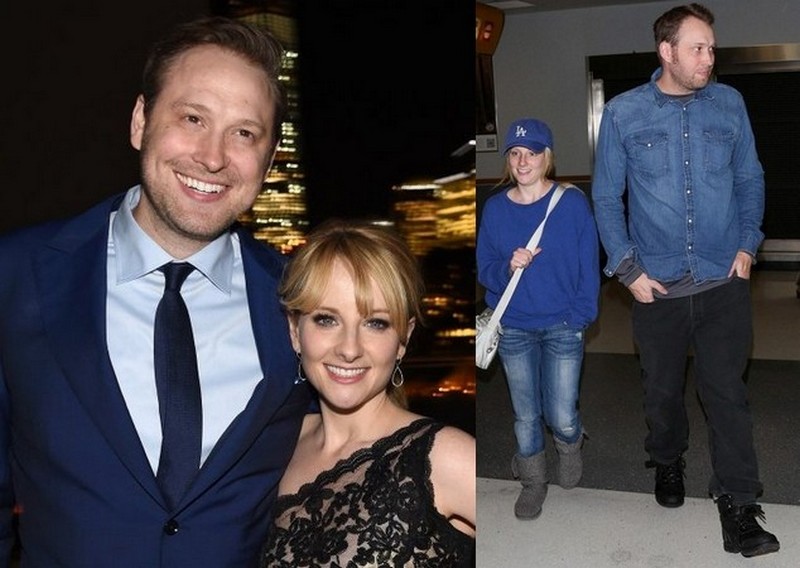 Winston is a screenwriter, who had some common projects with his wife, including The Miss Education of Jenna Bush. He espoused Melissa, who portrays Bernadette, in 2007 after dating her for a year. Though Winston’s last name was Biegel, he took his wife’s surname after marriage. In 2017, they became parents to a baby girl, named Sadie.