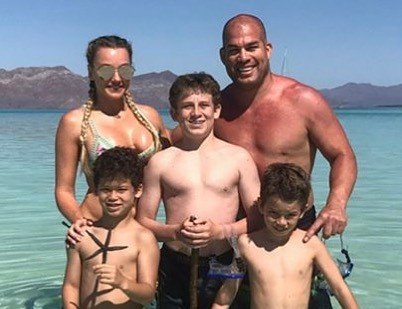 He was once tagged “The next Vin Diesel”! When you watch him on the ring, all you see is sheer talent and an electrifying delivery. Tito Ortiz needs no introduction as he was a foremost World Mixed Martial Artist and even held the championship title for Light Heavyweight. He was one of the young stars of the brutal sport and is very intimidating in his element. For an athlete as fierce as Ortiz, you would be surprised to know that outside the ring, he is an unequalled fan favourite.

“The Huntington Beach Bad Boy” was named Jacob Christopher Ortiz at birth but was nicknamed “Tito” by his father. Within two years of entering the sport, he had bagged the title of world champion. Today, he balances his time between acting, fighting, developing his game, managing his training gym, running his clothing line and being a father. Yes, you read right! Ortiz is a father to three strong boys from two different women. He was married once and is currently happy with his latest girlfriend and his boys.

Because of his childhood experience, Tito is passionate about young boys getting it right and not walking the wrong path. He is raising his children to be better than he is and also extending this generosity to other kids. He supports charity organisations and with his story motivates the younger generation to stay away from drugs, gangs and pursue their dreams. Read on to know more about the family of this muscled humanitarian.

Sam was of Mexican origin and in the sixties joined the army. After high school, he did not proceed to college so he started off with vocational jobs. Sam became a carpenter who grew up to start his own company much later. He was indeed a successful craftsman and also a great artist.

When he met with Joyce, she had three boys already but he didn’t seem fazed by this. He loved her and her kids like they were his. They ended up getting together and she had Tito for him as her fourth child. As Christopher grew up, his parents started getting hooked on drugs. Life became tough for the growing Tito and it was not long after that he joined in this dirty act. 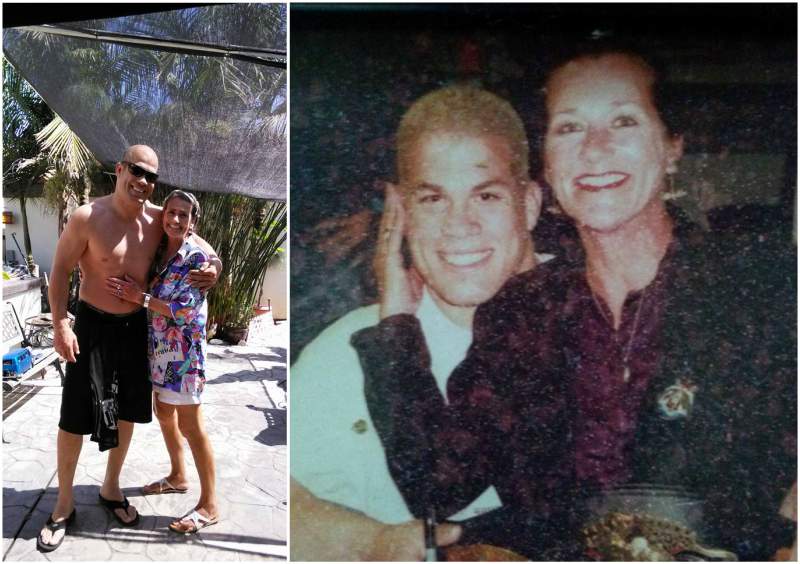 Initially, she was Joyce Johnson then she married Louie Simmons at the age of fifteen. Two years after tying the knot, she had her first child then things started getting rough for the lovers. Joyce was raised by missionary parents so she had high moral standards but her husband on the other hand was a clubber. He soon cheated on her repeatedly until their divorce in 1972.

In 1974, Joyce and Samuel Ortiz started living together some months after they met on a beach outing with her kids. Tito was born and she soon fell into drugs. Life became hard as her husband stopped working and they had to do demeaning jobs to put food on the table.

Tito’s parents got divorced when their most famous child was in his early teens. As a kid, Ortiz was placed in juvenile halls for being a gang member and also a drug abuser. Five years after being a single mother, Joyce kicked Jacob out at the age of 18 and he was about giving up on his dreams at this point. Ortiz was later encouraged by a wrestling coach to continue wrestling and complete college. 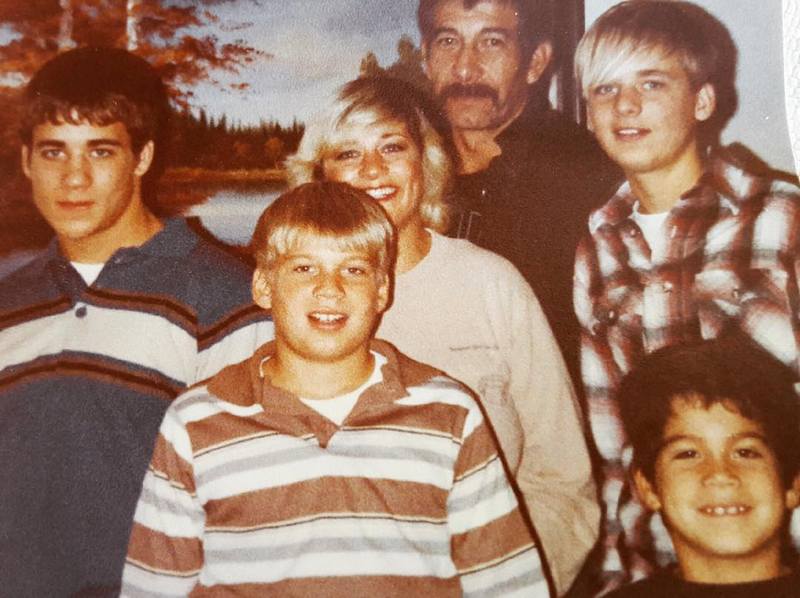 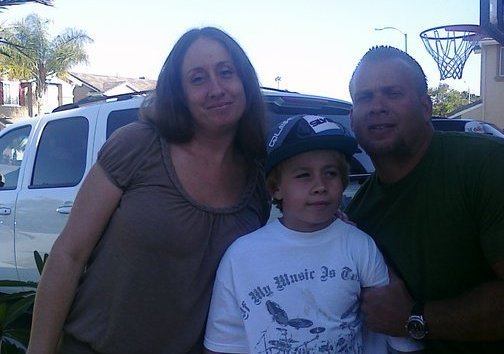 Joyce gave birth to Jim when she was 17 years old. 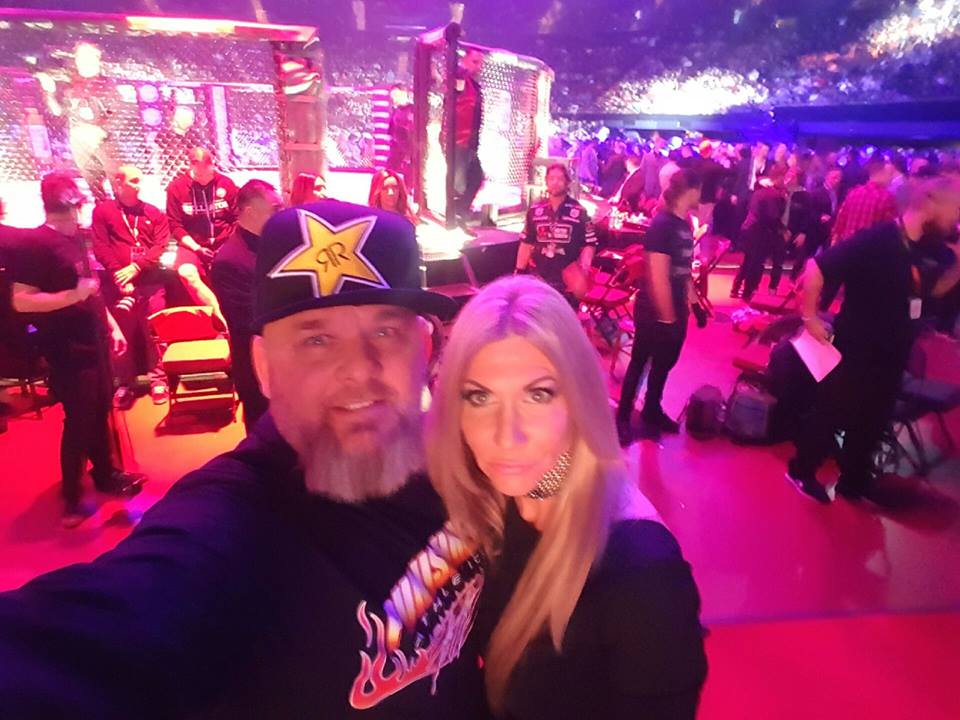 Mike is married and has two daughters. 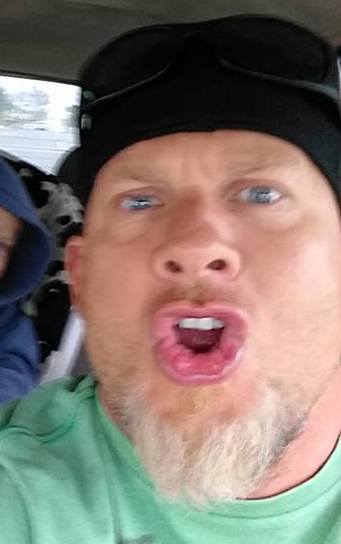 He is a proud father of a boy. 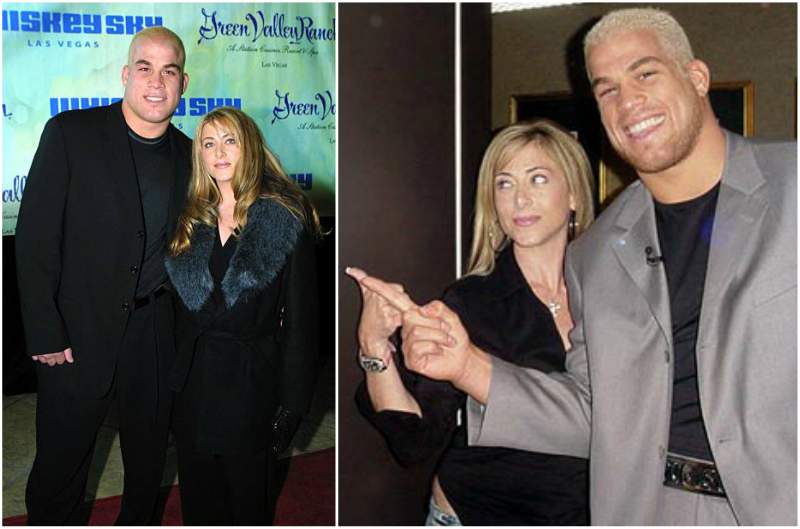 For five years, the MMA star was married to Kristin and she had a son for him. They knew each other since college. 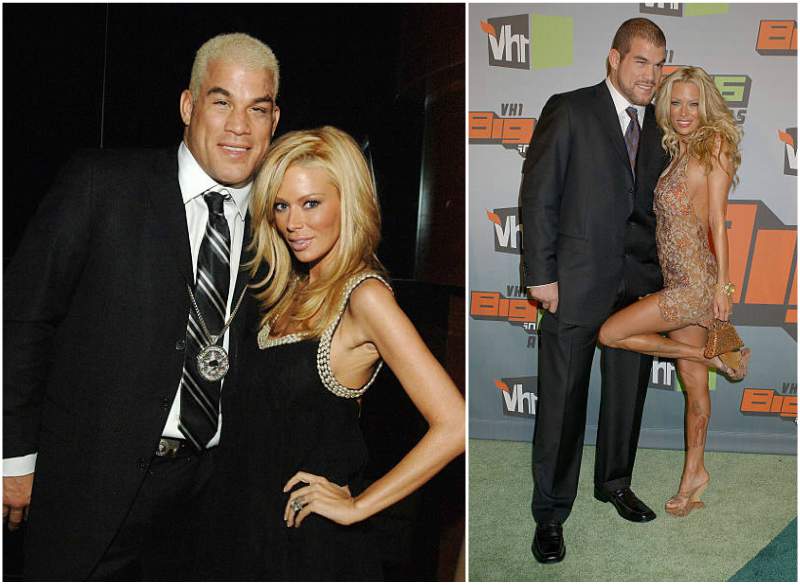 It is quite interesting to note that her journey into pornography was as a mean payback for her boyfriend’s infidelity. After her first sexually explicit film, she quickly achieved notice and subsequently appeared in more and more X-rated films. She got butt, breast and chin implants to enhance her career but took her breast implants off in 2007 when she decided to retire. 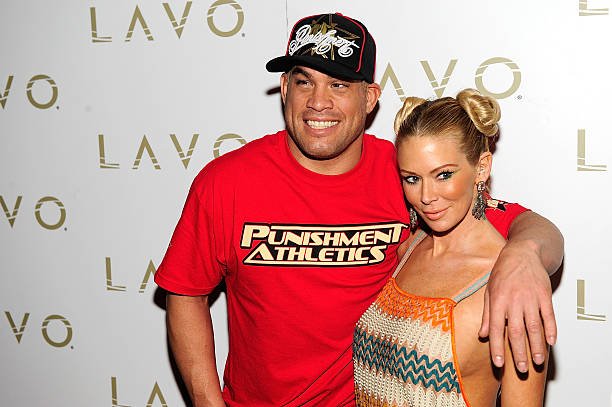 Jenna was bitter when her husband left her and went to Amber. She claimed that her husband has been involved with Amber since they were together and she thinks the affair was partly involved in their break up. In return, she decided to start a relationship with Miller’s ex-boyfriend just to spite the sexy model. 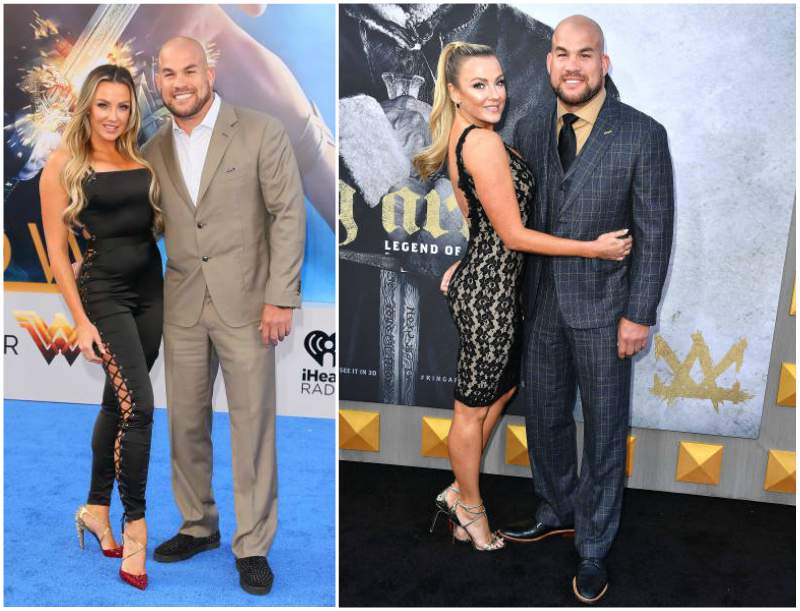 Duration of Relationship: 2014 till

Amber is Tito’s latest girlfriend and she is a former Ultimate Fighting Championship (UFC) ring girl who worked at the UFC while Tito was still active. Her name is not new to many UFC fans as she used to be an octagon girl. For a man like Ortiz who has been with the likes of Jenna, Miller one hell of a killer in her own right. From 2003 to 2007, she was an octagon girl and once listed her current boyfriend as one of her favorite fighters. Little did she know they would be together in the nearest future. 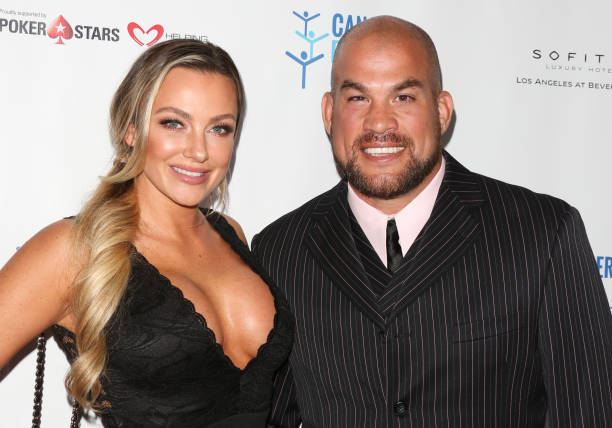 She was born in Denver, Colorado but her family eventually relocated to Las Vegas while she was a teenager. Before this relocation, she had fallen in love with modelling and had started an amateur career as a model. Today, Amber has been on Billboards for casino and hotel adverts all over the United States. She is a pro both on the runway and on the pages of magazines. Nicole also has some experience as an actress. 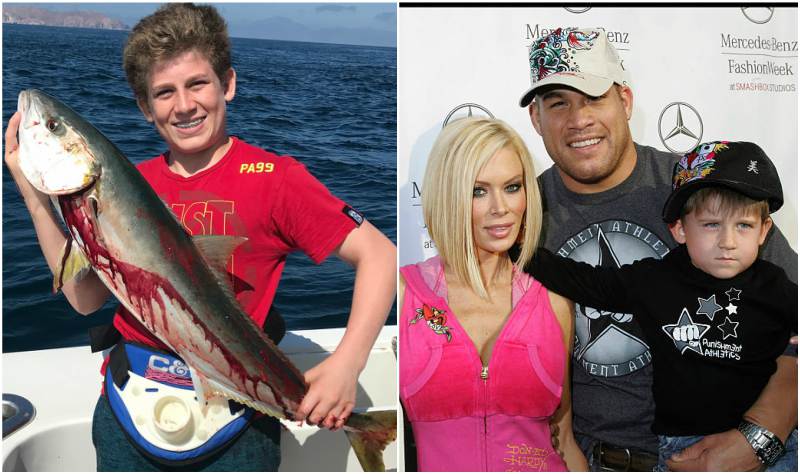 He is raised by his father to think, feed and live like a pro athlete. 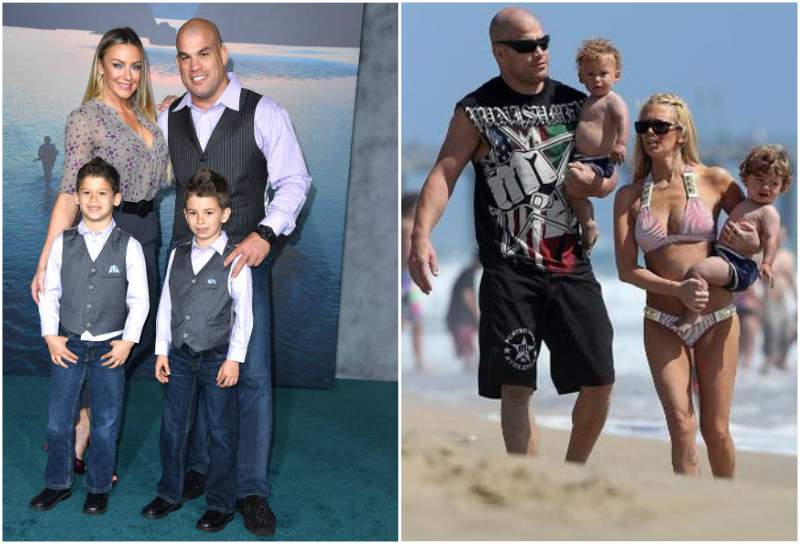 The Ortiz twins look so much like their elder brother and they seem to go on very well with each other. Since their father started going out with Nicole, the twin boys have seen her as their new mother even though they still make contact with Jenna once in a while. Tito has shared openly that he makes his three young boys follow a strict daily workout plan and grueling diet regime. It looks like Tito wants his sons to be as fit as he is whether they end up as fighters or not. 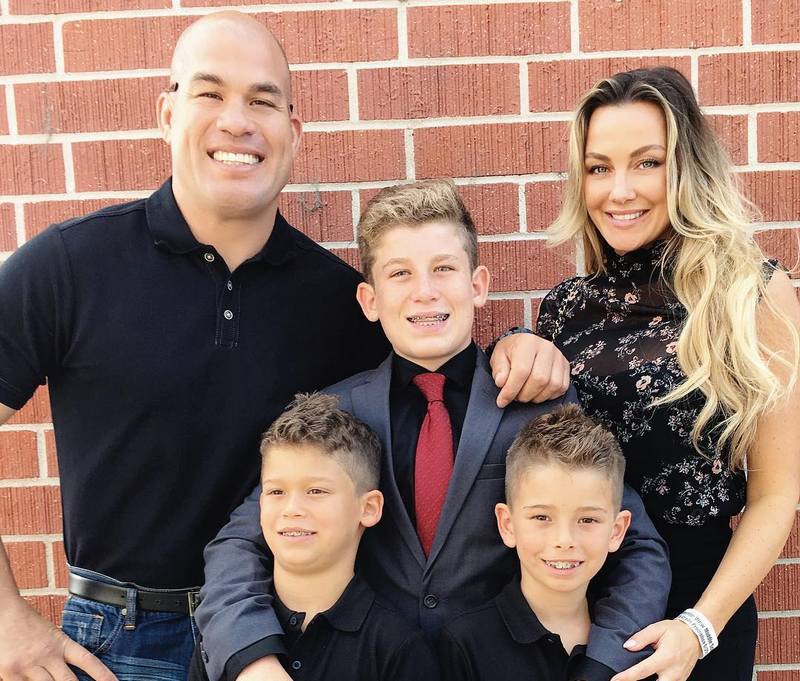