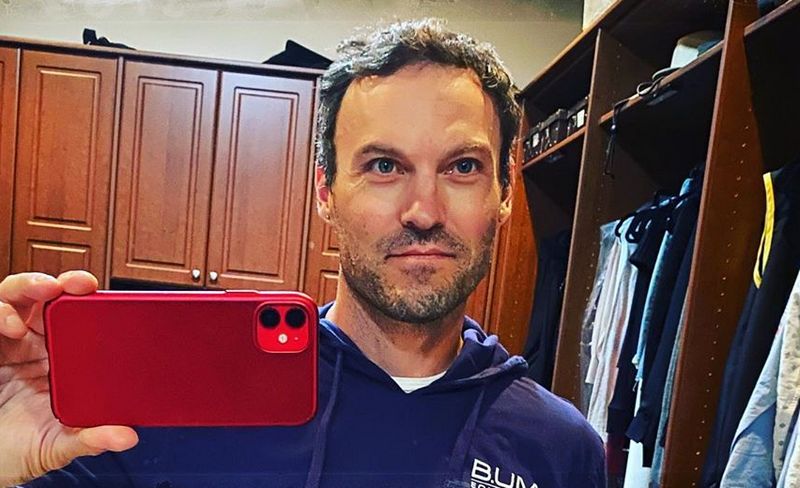 The majority of us associate Brian Austin Green with the role of David Silver in legendary Beverly Hills, 90210. However, he has many other credits and doesn’t concentrate on performing only.

In 1985, Green debuted on a big screen in The Canterville Ghost and proceeded with his first television part in The New Leave It to Beaver. He gained fame in the 1990s thanks to starring in Beverly Hills, 90210 while his other television credits included Knots Landing, Freddie, Desperate Housewives, Wedding Band plus Anger Management. Among Brian’s big screen parts are the ones in She Fought Alone, A Friend’s Betrayal and Don’t Blink films. Additionally, he deals with production along with hosting his own podcast.

While we all know Brian’s adorable kids and their mom Megan Fox, a few facts are known about the celebrity’s background. However, we have managed to discover some facts about his parents and siblings.

George is a country and western musician. He sparked Brian’s interest to music by taking him to musical performances in childhood. Besides, George appeared in Glory Years television film.

Though there is no exact information about Joyce’s occupation, it’s most likely that she is also involved in the music industry. By the way, when Brian was 9, she and her spouse offered him to use middle name Austin to be differentiated from a performer with the identical name in the Screen Actors Guild.

Lorelei is Brian’s elder sister. She isn’t a famed personality and rarely visits public events. However, Lorelei made an exception for the 18th Annual People’s Choice Awards and accompanied her brother to the ceremony.

Unlike his famed sibling, Keith prefers a low-key living and stays away from the limelight. He has never appeared in public alongside Brian and has never been mentioned in the star’s interviews.