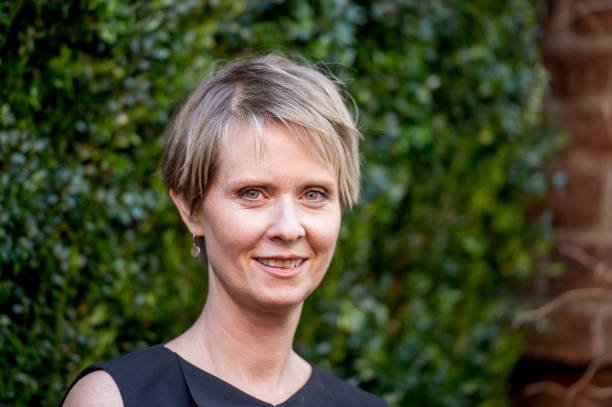 Nixon is forever remembered as the red-haired career focused and cynical lawyer from the hit show Sex and the City (1998 – 2004). Prior to her being cast on the famous HBO series, Cynthia had worked for about two decades in the industry though mostly in the shadows. Her career started with her featuring alongside her mother who is also an actress but her consistent efforts solely paved way for her further success. Nixon is one of the very few performers to have won three top American entertainment awards, leaving her with just an Oscars missing.

Many know that in 2006, the actress was revealed that she had cancer at a crucial point in her career but as the fighter that she is, she revealed two years later that she had been cured of the scary disease. Since then, she has become very involved in breast cancer education and awareness. The actress says ‘bisexual’ is the precise word to describe her orientation and that she has chosen to be in a gay relationship. In one of her speeches, the Hollywood star stated that she has tasted both straight and gay and can conclude that gay is better. Keep reading for more interesting facts about her personal life. 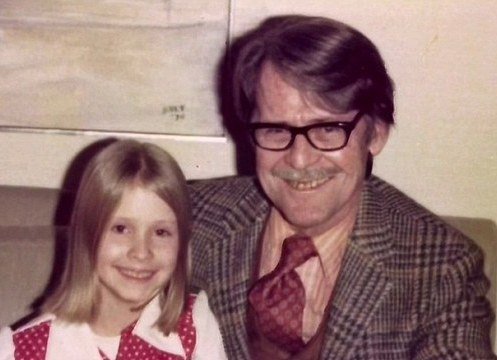 Walter was a radio journalist and father to the unconventionally beautiful actress. When Cynthia was six, her parents divorced and she stayed more with her mother. 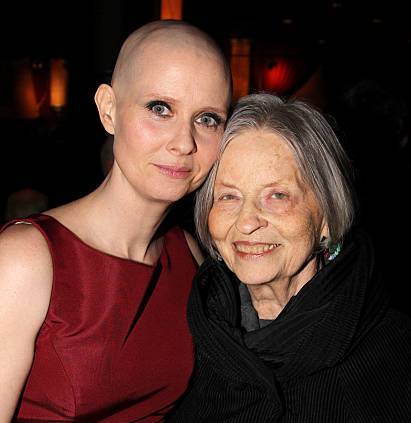 Anne was a screenwriter and actress. Being the only child of an actress made it quite easy for the young Cynthia to secure roles so she gradually started acting alongside her mother when she was in her pre-teenage years. David Rind became her new love after her separation from Walter Nixon. Anne died in January 2013 surrounded by David with whom she lived for 37 years, Cynthia and her family after her third battle with breast cancer.

Cynthia Nixon has no siblings or half-siblings 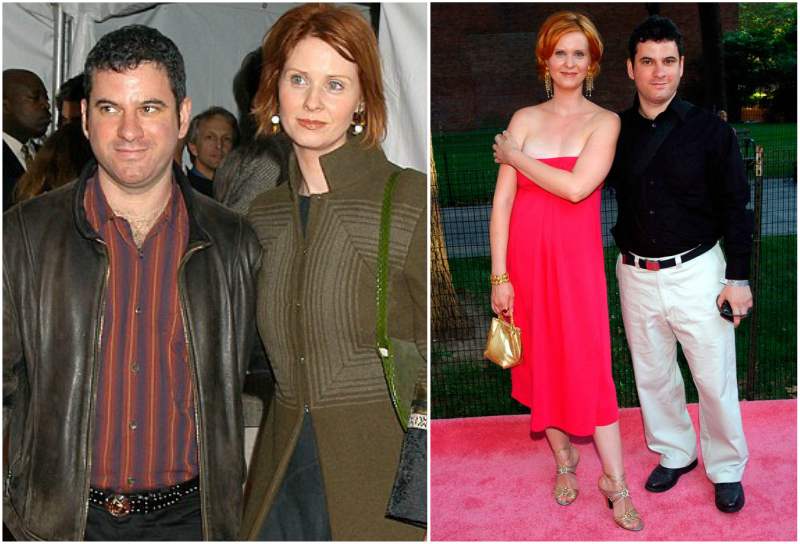 Nixon was first known to be in a long-term relationship with photographer and school teacher Danny but they never tied the knot. They met in college and love took over from there. The James White (2015) actress had her first two children with Mozes and they continue to co-parent their kids even after their break-up. 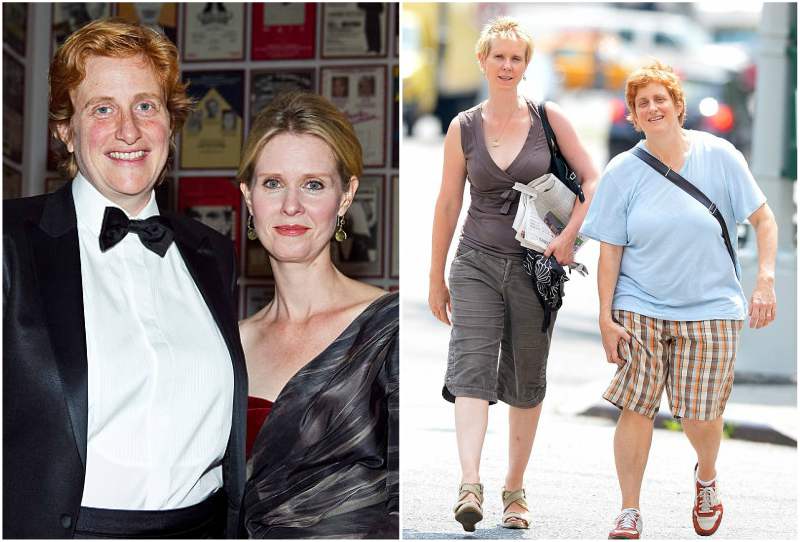 Duration of Marriage: 2012 till present

Starting a relationship with Christine was quite a tough one for the red-haired Nixon. The gay community found it insulting that she could just up and decided her next relationship would be homosexual. She had to publicly address a number of allegations and eventually explained that she tended towards both sexes and it wasn’t anything illegitimate. According to the Little Manhattan (2005) actress, when she met Marinoni, she felt the same way she did with Danny leading her to conclude she was bisexual. 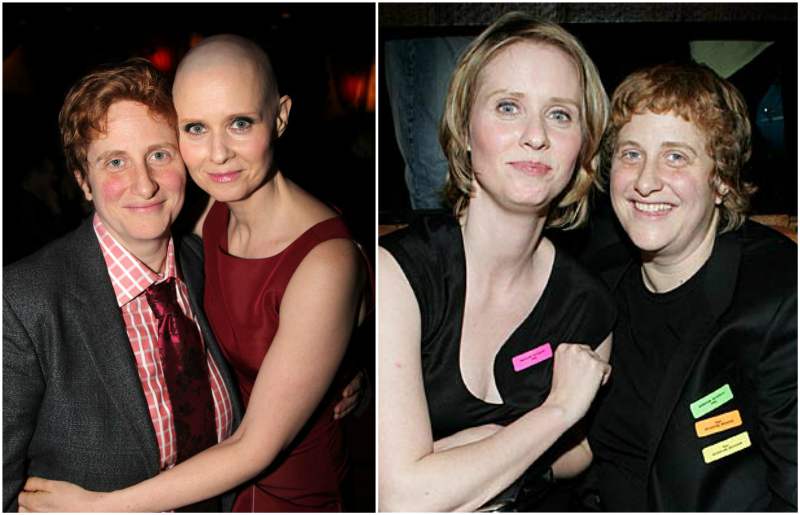 Christine is an education activist who met the red-haired actress in 2004. The couple got engaged in 2009 but marriage had to wait until it was made legal in New York State. Christine was the first woman Nixon ever fell in with; the actress went on to add that if she had met Marinoni earlier, she would have fallen in love and dated only women. Both lovers are still going strong today and jointly parent their kids. Christine is more the stay-home mom as she helps with their son Max while the Wit (2012) star is away working. Cynthia says she finds Marinoni’s masculine appearance most appealing and she is a complete. 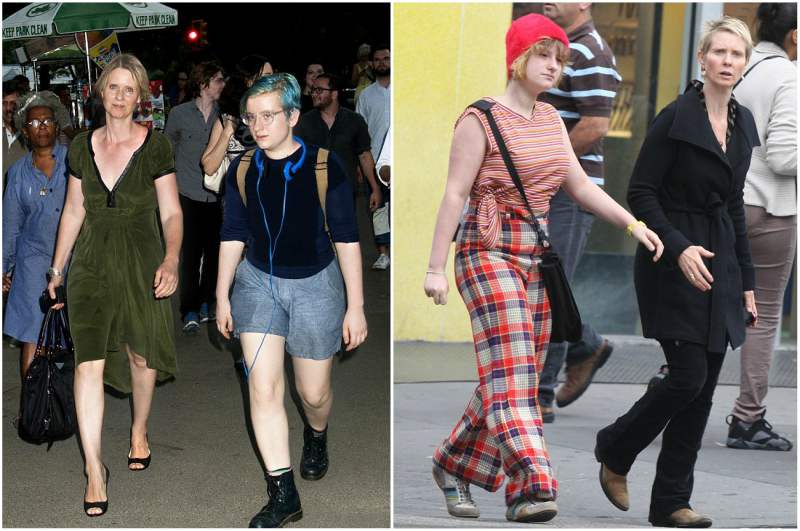 Samuel was born as Samantha. He is the first child to the lanky actress and was born with long-term partner Mozes. Cynthia announced about her daughter’s gender changes on June 27, 2018. 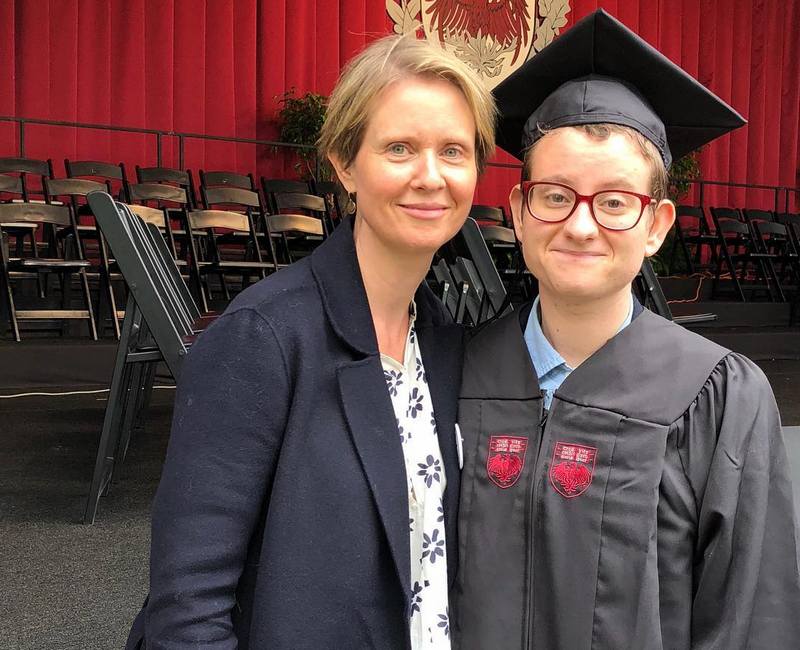 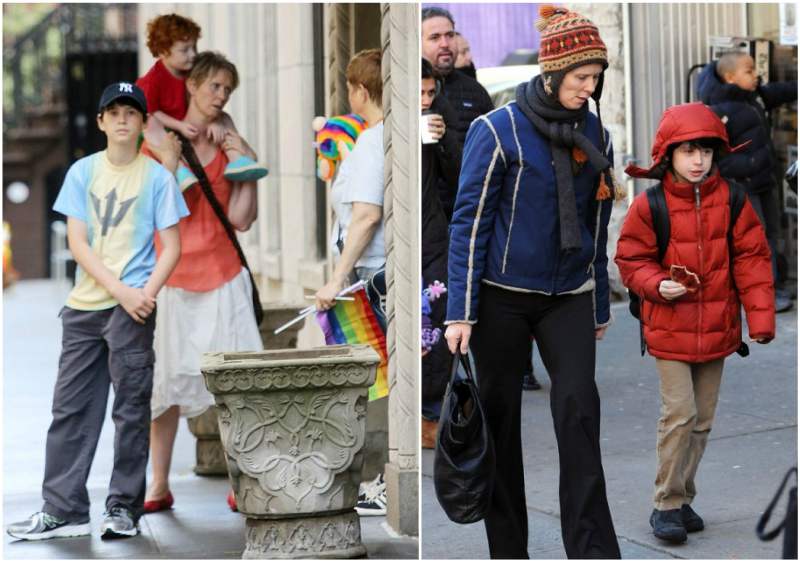 Christmas obviously came early for the Nixon-Mozes crew as another cute bundle was added to their family in 2002. 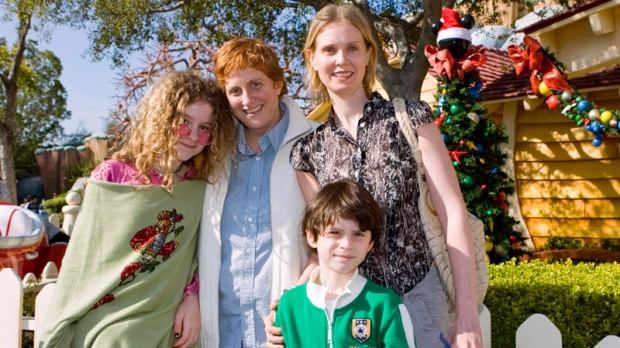 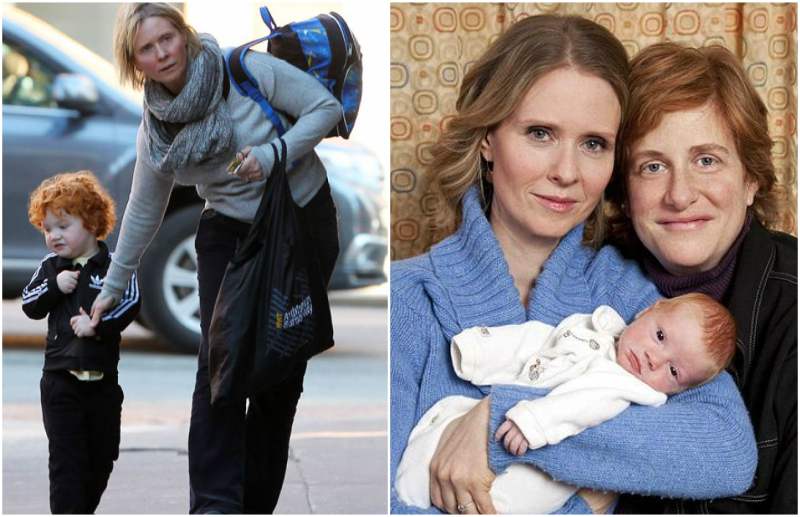 Marinoni delivered Max in 2011 a year before they were officially wedded. Since his birth, nothing has been said about Ellington’s biological father.