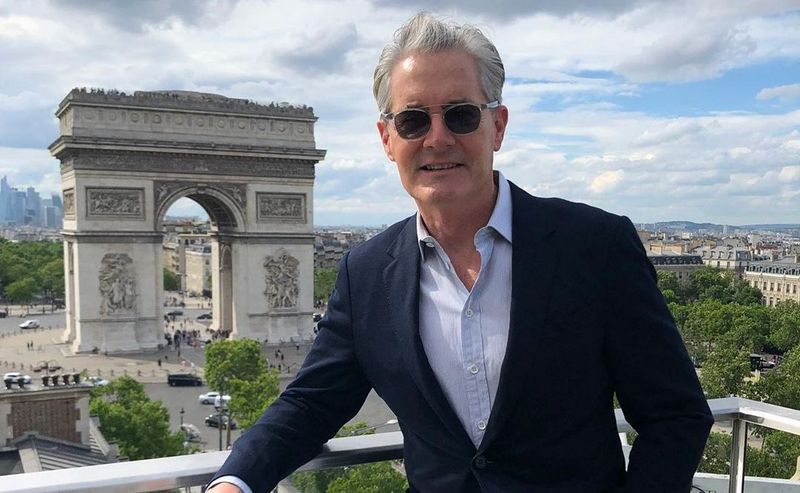 People all over the world adore this charismatic actor, Kyle MacLachlan has been considered a handsome and talented personality for ages. His roles in Twin Peaks, The Hidden, and over twenty others — each of them is beloved by moviegoers.

Apart from his career, the world-known actor is proud not of his career only. What makes him happy and helps him recharge batteries? The answer is obvious: his closest relatives. Let’s get acquainted with them!

The father of the family was a lawyer and a stockbroker. In his daily routine, Mr. MacLachlan was interested in gardening and golf. But the latter is not just a hobby. When he was a junior, Kent even participated in state’s golf championships.

What is known about this person? Kent was a very educated person and graduated from the University of Washington. During his education there, he met and married Catherine, his first wife. This happy event happened in 1955. For a long time, Mr. MacLachlan worked as an assistant prosecutor, but he decided to retire in 2006 and continued his broker activity.

Overall, Kent was married three times. He had serious relationships with Dianna Feammelli and Gail Phillips.

Unfortunately, this person passed away in 2011 (the reason was post-surgical complications).

The celebrity’s mother was occupied in the field of public relations: she helped a school district to cope with their deals. In addition, Catherine was a homemaker and can’t help but be interested in the programs connected with the sphere of community arts.

Catherine is a person who promoted Kyle’s career: she introduced her son to the field and helped him conquer one of the Yakima’s youth theatres.

Without a doubt, Mrs. MacLachlan was an incredibly strong woman. In 1983, she got to know of her terrifying diagnosis — ovarian cancer. Catherine did her best to fight the disease for years. Unfortunately, this wonderful lady died in 1986. 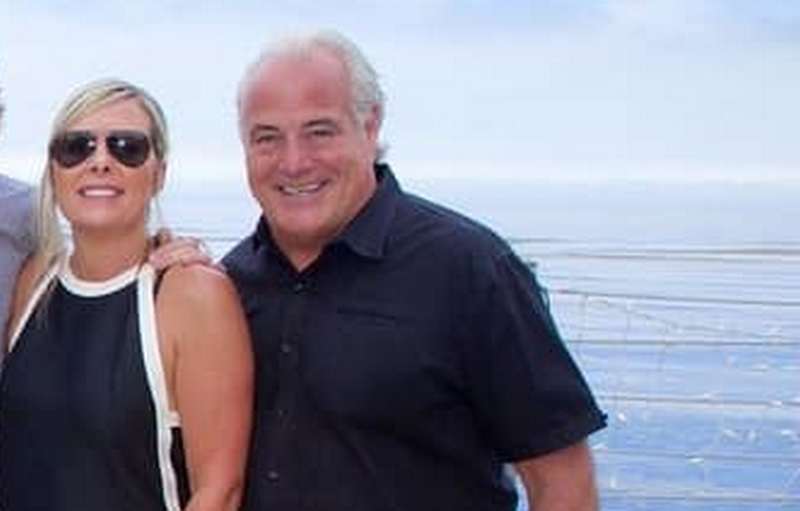 The younger brother of Kyle, Kent has also succeeded as an actor. He starred in such movies as Dragnet, Endangered, and Northern Exposure. Even though his roles were small, Kent was lucky to work with Tom Hanks, Rob Morrow, and many other stars.

We know that he lives in Seattle with wife Renee and three kids, Montana, Marqui and Maxton Maclachlan.

Unfortunately, the personality of Kyle’s youngest brother is a mystery. The only fact known is the place of residence — the Seattle area and worked as production assistant for Twin Peaks. He loves golf.

Of course, on the net you can find a lot of interesting facts about Craig McLachlan (born September 1, 1965) , a famous Australian actor. But he does not have any attitude to this dynasty. 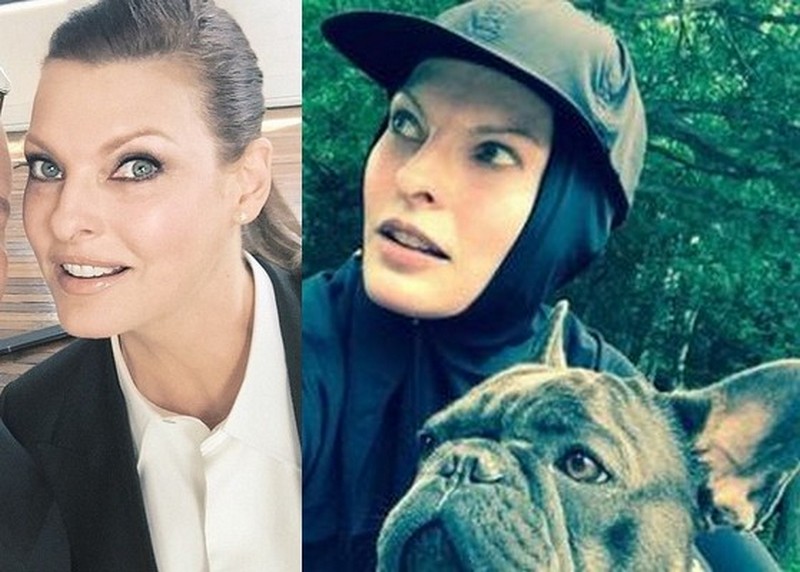 Everyone who is interested is the sphere of model performances has heard about Linda at least once. She is a definite winner what concerns the number of her appearances on magazines’ covers: over seven hundred main photos. For a long time, this Canadian catwalk star was a muse of Steven Meisel, a well-known photographer in the industry.

Her career started in 1984, but she does not have any desire to wind down. Of course, the model had some short stagnant periods but always made beautiful comebacks. There is even a haircut with her name: it is also a part of this star’s so-called brand.

For a reason, Ms. Evangelista is considered to be a supermodel of international level.

Now the model is raising her son, Augustin James, and is an active public person. 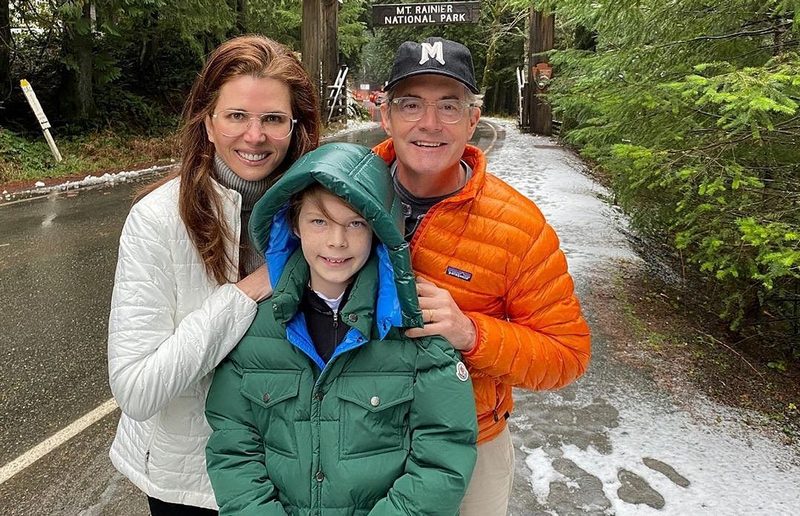 A famous publicist, a television producer, a director of own company — these activities have partly helped Desiree to become a person known publicly.

Her career path started in 1989, and so far, she has been involved in numerous events. For instance, she has been producing inaugural shows for Victoria’s Secret for over twenty years. Desiree is also an active promoter of the U.S. Fund for UNICEF.

In 2010, Fortune’s magazine recognized her as one of the most powerful women entrepreneurs. Since Mrs. Gruber developed Project Runway, a popular TV series-show, which was nominated for fourteen Emmy Awards, we can say she is worth receiving at least one of them. 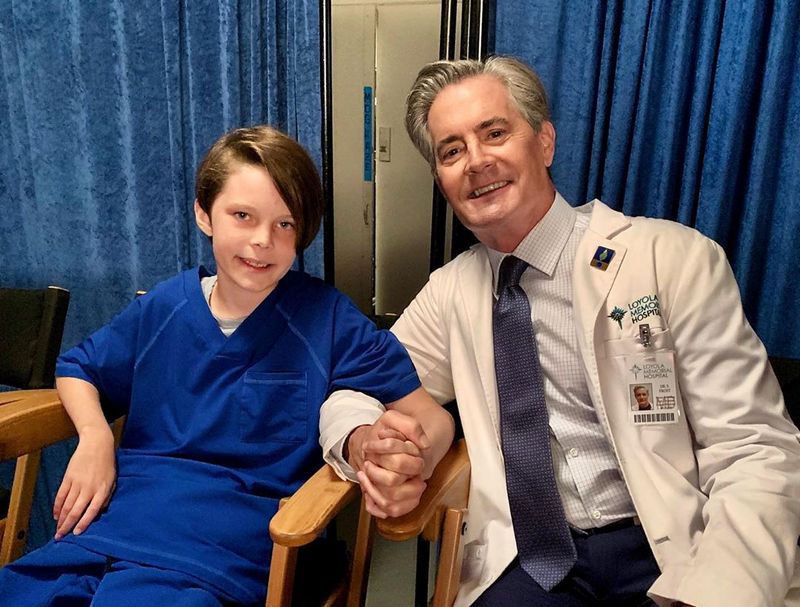 Even though the MacLachlan family does not share a lot of information about their son, there are several photos of him on the internet. It is hard to say that he looks more like his father or mother. The one thing is clear, Callum has all chances to become a handsome man in the future.