Meet the love-filled family of Mariska Hargitay – the face behind Law and Order: SVU 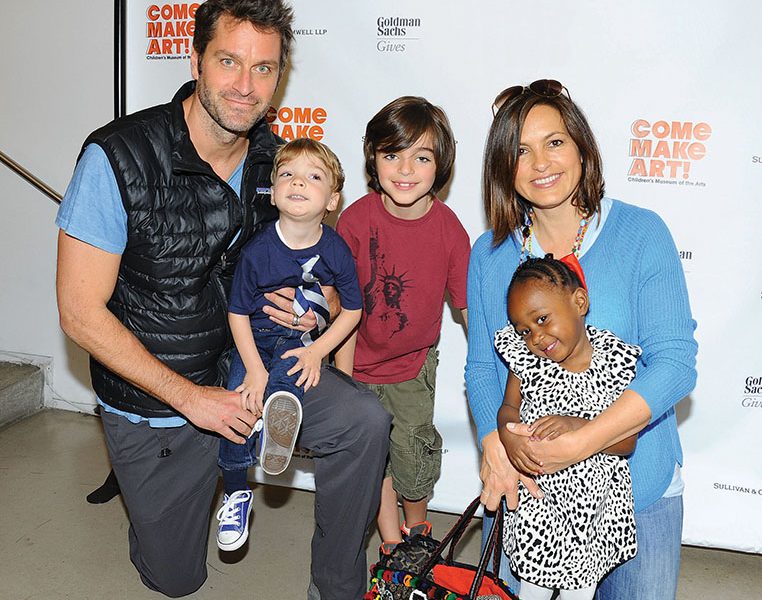 Meet the love-filled family of Mariska Hargitay – the face behind Law and Order: SVU

She’s got beauty and the title of one of the highest paid actresses to compliment her talents! Mariska is today one of the popular faces in the industry but this was not an easy feat to come by. Three years after her birth, Hargitay was involved in an automobile accident that almost killed her. She lost her famous mother Jayne Mansfield in this accident. Mansfield was one of the biggest sex icons in her days; she worked her way to the top by shooting x-rated scenes and changing so many natural features so she can be celebrated. Hargitay remained true to herself by having to put her foot down that she was not another sexy blonde with an undulating self esteem.

Hargitay starred in several forgettable movies until she landed a recurring role in the highly rated show ER (1994). Her impeccable delivery in the series gave her career sufficient jolt to be the main character in Law and Order: Special Victims Unit (1999). This show not only brought a fast-forward to her crawling fifteen years as an actress, but it changed her personal life. Thanks to Law and Order, the amazing “Det. Olivia Benson” is now a wife and mother. Read on to know more about a few of her most loved humans. 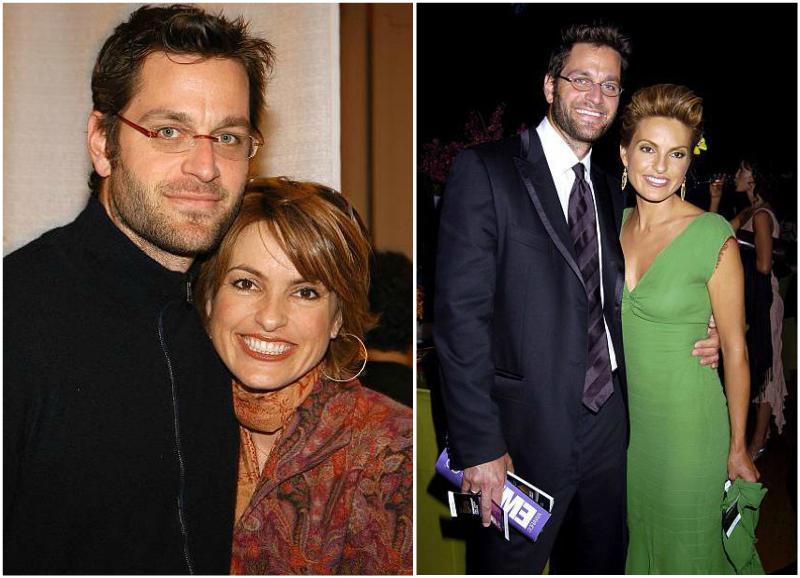 Hermann is a Hollywood actor, producer and writer. He was born to German parents and lived there till he clocked 10. Peter actually did not learn English until he moved to the States. The Yale University graduate has just an average media presence as an actor. He has been in a number of productions but is not one of the A-list actors in the industry. 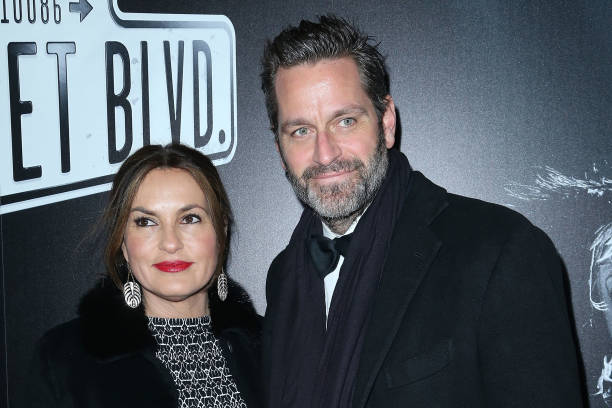 Law and Order turned out to be more than just a career platform for Mariska; from the movie, she met her present husband.  Hermann casts as Trevor Langon, a defence attorney on the detective series. They met in 2001 while filming and in no time, began dating. After a two year long affair, the lovely couple got wedded on August 28, 2004 in California. 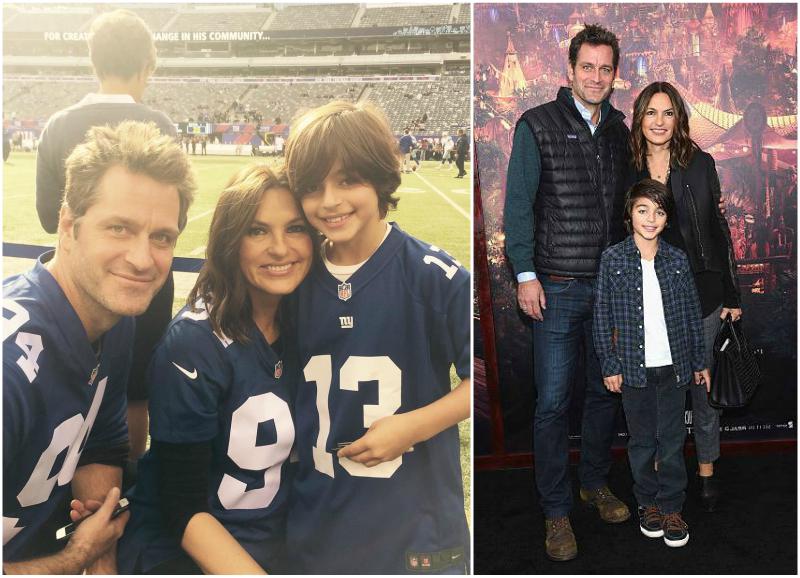 August is the first and only biological child to the power couple. He was born by an emergency caesarean section and this period was tough on the already aged Hargitay. Having a baby at the age of 42 comes with its own pecks and this kind of meant she was incapable of having more kids. 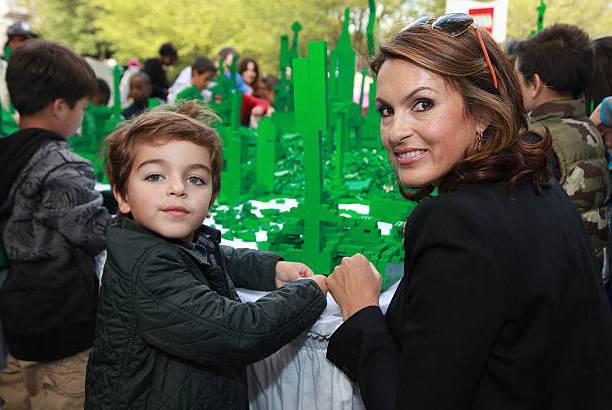 The six year old feels like he has super powers says Mariska. He said he wanted a baby sister and viola! Amaya came. Another time, he felt like he needed another baby but a boy this time and coincidentally, Andrew was brought home! August is growing happily and is in love with his two younger siblings. 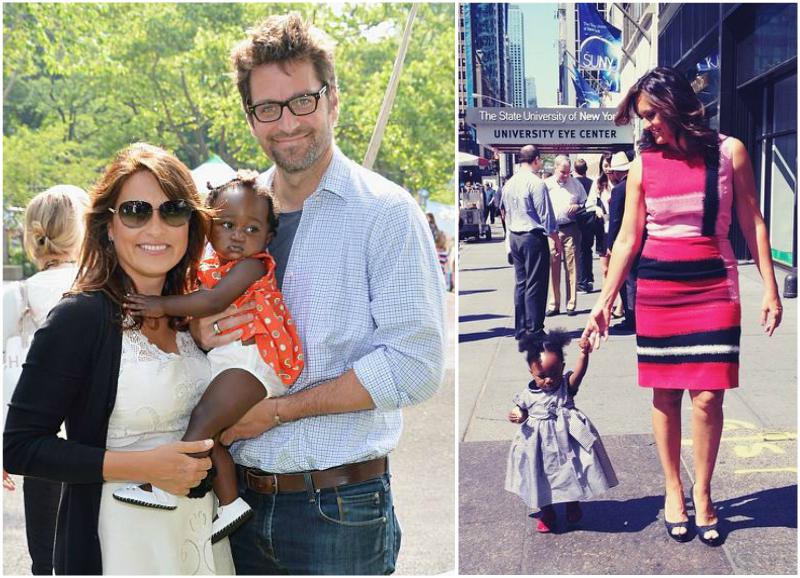 For Hargitay who lost her biological mum when she was barely four, the word mother means more to her than the woman who births one. Mickey Hargitay, her father remarried Ellen Siano and she quickly became the new mother to Mariska and her siblings. This childhood experience formed a picture that had taken roots in her mind that “you can be a mother without the biological connection”.

After several painful disappointments and complications in the adoption process, the Hollywood couple finally became parents to an African-American princess. They were excited to have a multiracial home as they hoped that their family would reflect a realistic microcosm of the world. The name Amaya means ‘princess’, it also means ‘warrior’. Hargitay was part of Amaya’s life since before her delivery; the genius actress literally pulled her daughter out. 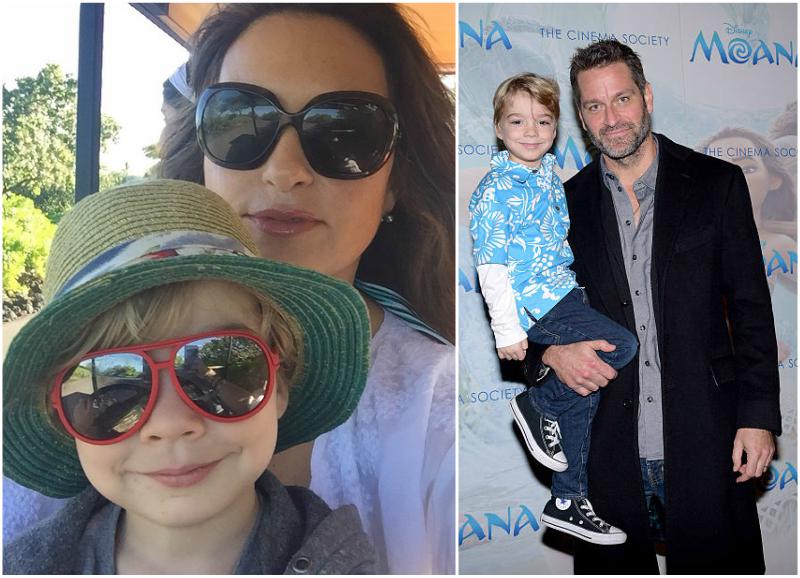 True that the Hermann family knew they would be adopting kids, they just never knew the second baby would come so quickly. The content parents had their hands happily full with their two kids till maybe adopting another in one or two years. Hargitay was raised in Roman Catholicism and Peter, a believing Christian. For two religious people, they felt the timing of Andrew’s arrival was divinely orchestrated. Faith is a major part of their lives and they believe all things happen for a reason.

In September 2011, Peter and Mariska received shocking news about the tragic death of one of their dear friends named Andrew. Just around that time while they were mourning Andrew, the lawyer checked up on Amaya but also mentioned that there was a fragile two month old baby boy who was born premature. The lawyer knowing their stance on waiting for a while before another adoption still asked if they were interested in the neonate. 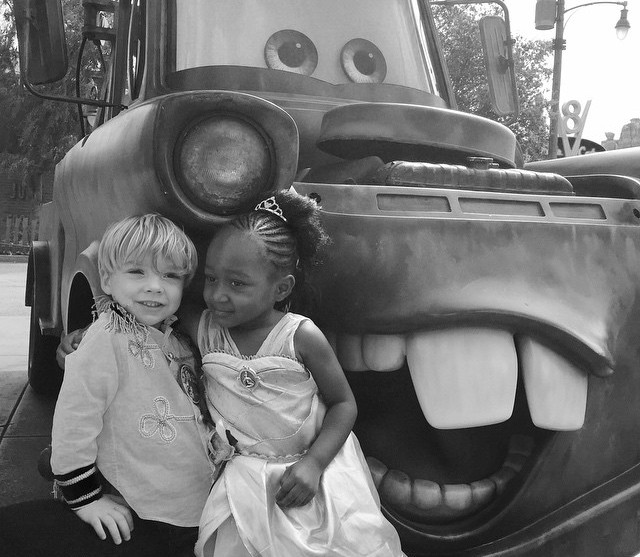 Hargitay says it was a miracle! Within two days, they had made one of the quickest big decisions of their lives. They met the biological mum, took their child and named him Andrew after their lost friend. Andrew’s early months were scary as he was a sickly infant. Till date, he has breathing and reflux issues and is a regular hospital visitor. With both parents being actors, they have had to leave set for hospital emergencies but all these do not faze Peter and his wife because they find joy in being responsible of their baby Andrew.