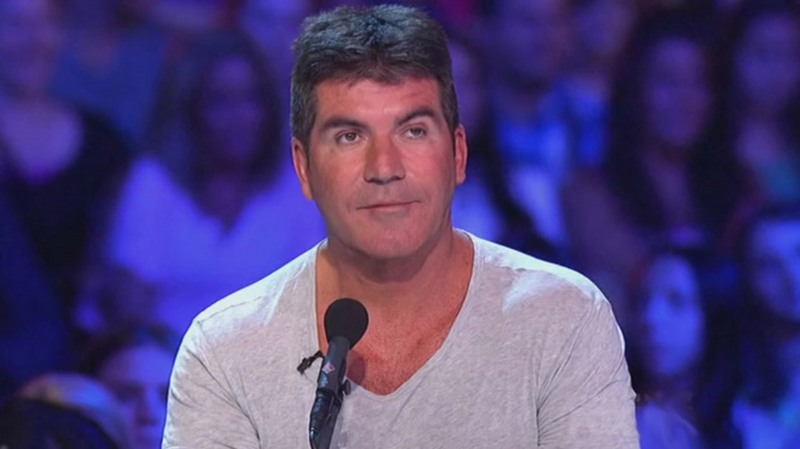 Simon Phillip Cowell is a famed television producer, executive and celebrity judge who is well known for his appearances on several talents shows. Cowell has appeared on American Idol, The X factor, America’s Got Talents and its reprise in other countries. He is probably best known as the obnoxious judge on the hit TV shows whose cynical comments send contestants running out the door in tears. His first appearance on television as a judge was in 2001 on Pop Idol then the following year on American Idol. His brutal comments made him everyone’s favorite hate and his popularity only kept rising. But his work in media most definitely did not start from there.

Cowell was raised by nannies most of his life before being sent off to a boarding school. He was always the troubled kid and was consequently transferred sixteen times before leaving his last school ultimately at the age of sixteen. His father came to his rescue and employed him as a mail room clerk for the EMI Music Publishing. Simon was able to do this work with the whole of his heart and in no time, he was moved up to become a record producer. He left to form his own independent recording company but his plans failed and he had to return to EMI where he began his meteoric climb to the apex of the showbiz industry.

He has a reputation for getting what he wants – a supreme self-confidence that some might say borders on arrogance but the entertainment tycoon has spoken candidly about his relationship with his partner and mother of his only child. He admitted that he feels bad about his own behavior and still can’t hold his head up about it. Let’s find out all there is to know about the family of the world’s nastiest television producer. 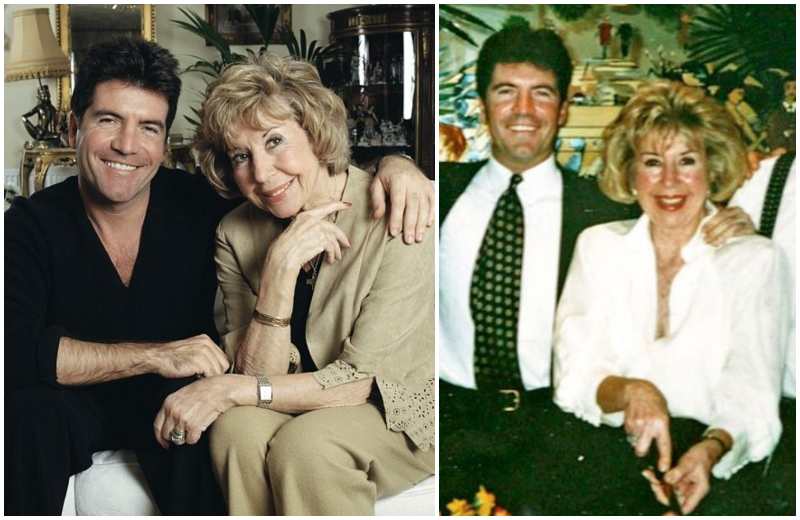 Her birth name was Josie Dalglish but when she became a dancer, she took on the name Julie Brett. Before getting married to Cowell, she already had two kids with him and when they finally got wedded in 1961, she married in her stage name. She was a former ballet dancer and British socialite.

After her death, Simon spoke candidly saying he refused to accept he was losing her even when she was told she had just a short time left to live. He never listened as he kept saying there was hope until she passed on. Julie had spent time in a London hospital enduring a lengthy cancer battle but she reportedly died of a stroke.

He honestly was not prepared for it and the fact that he just had a son shortly before he lost his mother changed him a great deal. Julie left so much for her children, grandchildren including her huge estate. 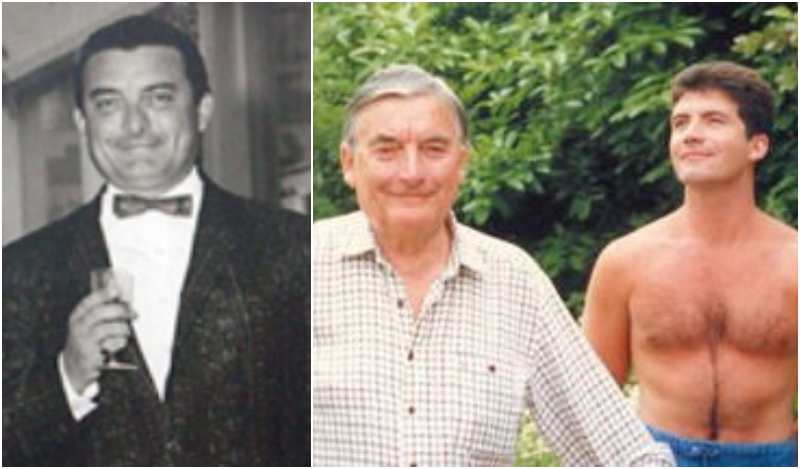 He was an incorporated surveyor who later became a record company executive with the giant EMI outfit. Eric married Julie in 1961 and they were together for over three decades till he died in 1999. He was at home when he had a massive heart attack that cost his life. That day happened to be the very same day his son Simon got his first Number One with a then-unknown band called Westlife that Eric had predicted would one day become big. 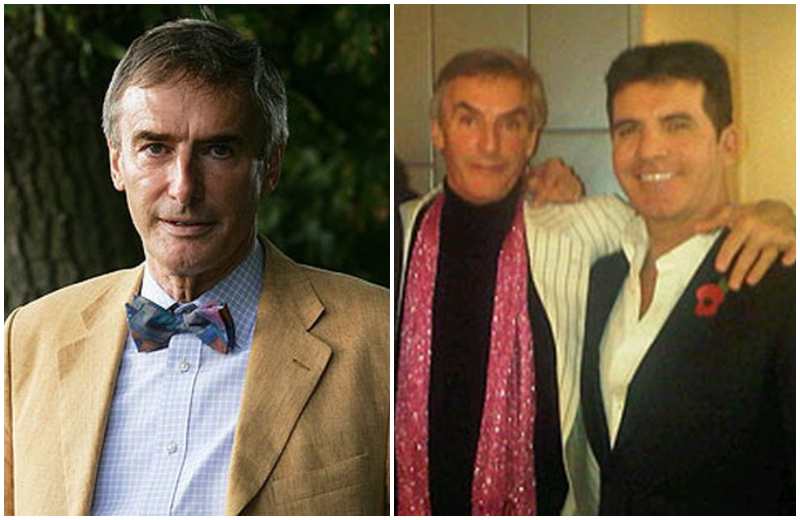 Julie was first married to a man named Bertram before she split and continued with Eric Cowell. Both brothers had a rift in 1993 and for almost two decades after, they did not see each other. They got in touch and were finally able to meet in 2010 to resolve their differences. Michael lives with his wife in a detached house in Buckinghamshire Village and has built a successful business scanning company documents. He has son James. 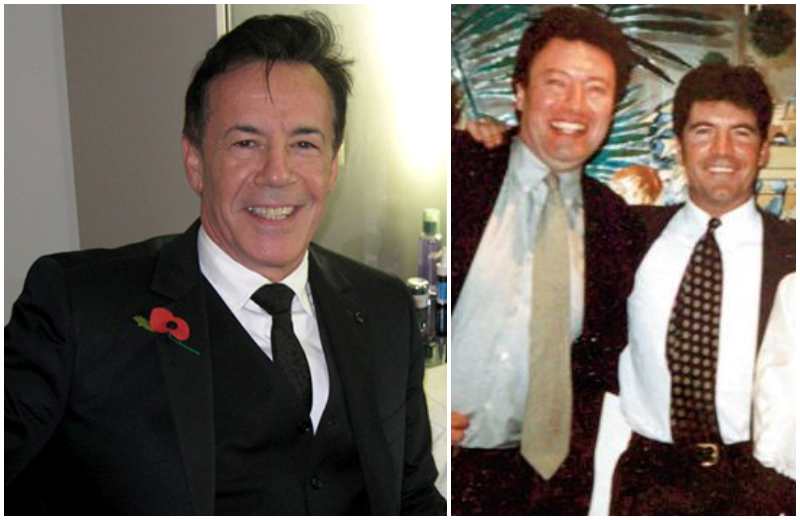 Julie was apparently a mother already before she met Eric. She was with actor Jack Cowell when she had Tony with him. Although they are not from same parents, Tony and Simon have over the years maintained a really close bond.

Tony can be remembered as the brother who co-wrote Simon’s autobiography, I Don’t Mean to be Rude, but… He is a journalist, showbiz reporter and columnist for Best Magazine. He has been married to Emma Lloyd-Cowell since May 2014 and they live together in their Cornwall home. 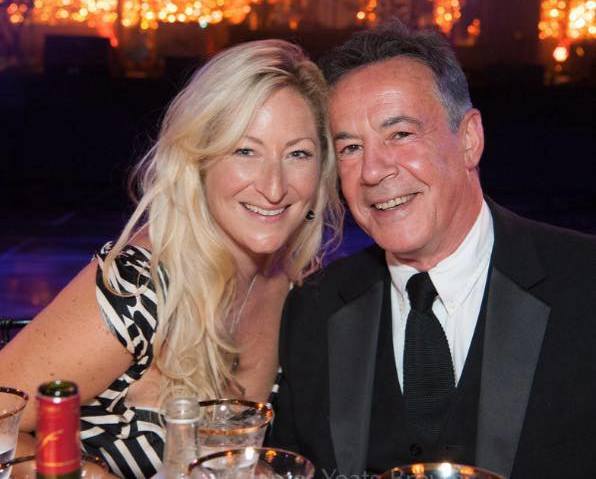 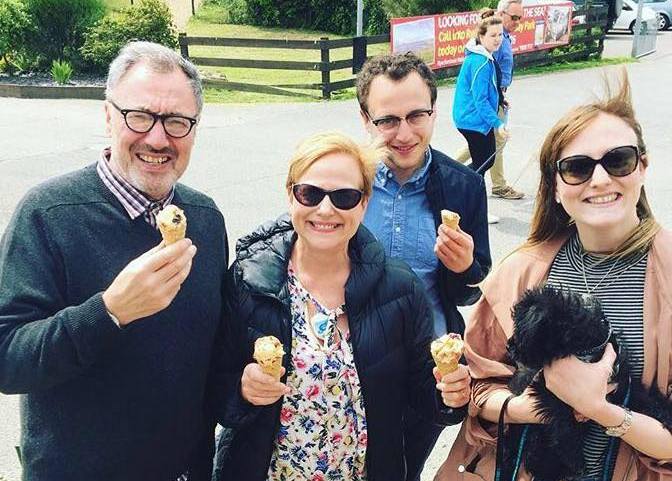 John is an owner of Cowell Consulting. Before that he worked as a director at a marble and granite company called Honey Alloway. He is a father to 2 kids James and Elizabeth Cowell. 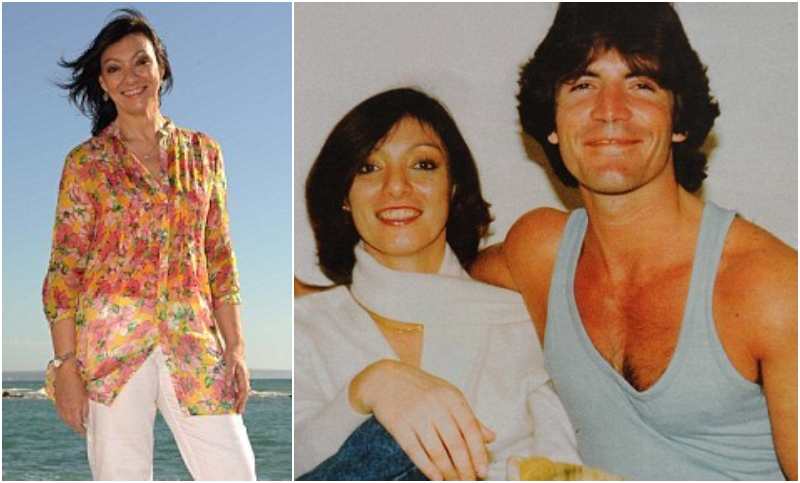 She is living the exact opposite of her brother’s lavish life but just like Simon, she also had early dreams of stardom. In 1960, June was a child star in the cult British science-fiction film Village of the Damned (1960), the only girl to get a speaking role. She was cast in dozens of films and commercials but at 15, she decided the showbiz was not for her and gave it all up.

June in her 20s married a Spanish officer in the merchant Navy and has since lived in Majorca. She has two daughters, Luisa who is now an economist and Maria del Mar who is a lawyer. In her own words, money cannot buy the joy her daughters have brought into her life.

Stephen was the first child Julie had with Eric. He was barely weeks old when he died from some unnamed medical condition. A year after Stephen passed, Simon was born and luckily for his parents, he has thrived since then. 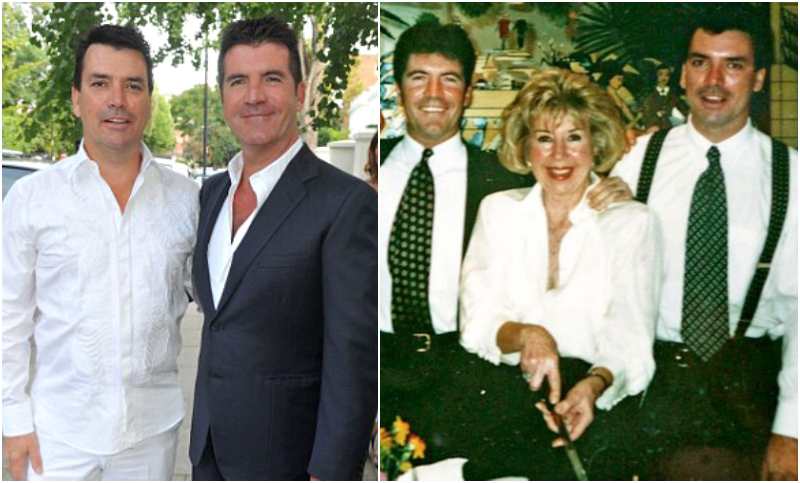 He is a British estate agent who co-founded and now directs the Estate Office Property Consultants. He is not as famous as his brother but one time appeared as a judge on the UK television series, The Block.  Nicholas, who is the spitting image of his celebrity brother, now lives in London with his wife and two children. 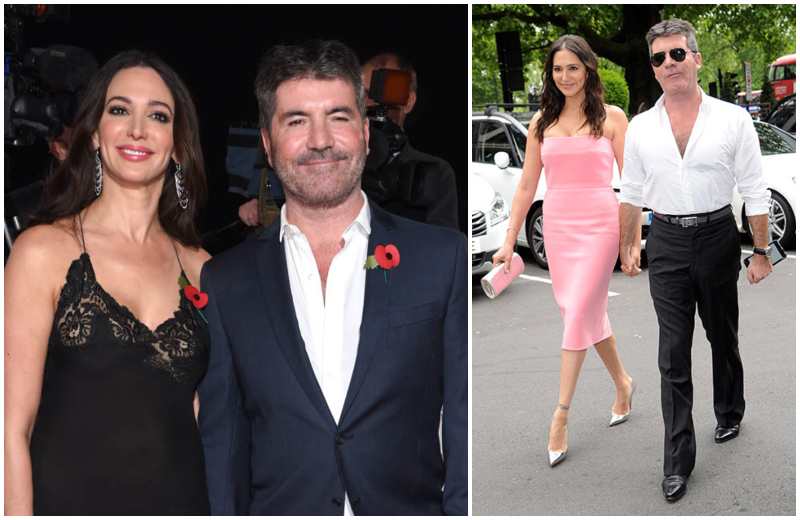 Duration of Marriage: 2013 till present

She is a New York socialite and was first married to real estate mogul Andrew Silverman, Simon’s friend. Silverman and Cowell first met at Barbados’ Sandy Lane resort in 2004. She was vacationing with her then-husband Andrew but after meeting Simon, they literally just hit it off. The renowned music mogul made headlines in July 2013 when news broke that he had impregnated the British socialite while she was still with her husband with whom she has a son named Adam (born 2006).

The tryst was highly talked about because it resulted in the Valentine’s Day birth of Cowell’s only son, Eric. As expected, Lauren and her husband have since parted ways and Simon still feels the guilt till date. He says it’s not something he is proud of or wanted to happen. He never intended to hurt his best friend or take away his wife but the affair “just happened”. 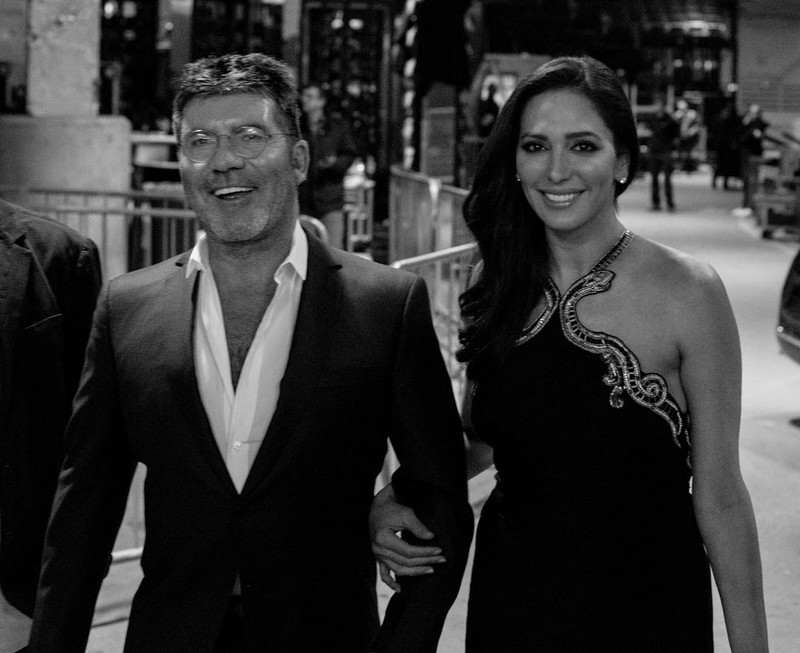 The months following the scandal was indeed tough for the entertainment star as he had to man up and accept both the responsibility of a new child coming and the criticism that came along with it. Lauren and Cowell are still dating and the entertainer says one great thing about her is that she loves what he does. 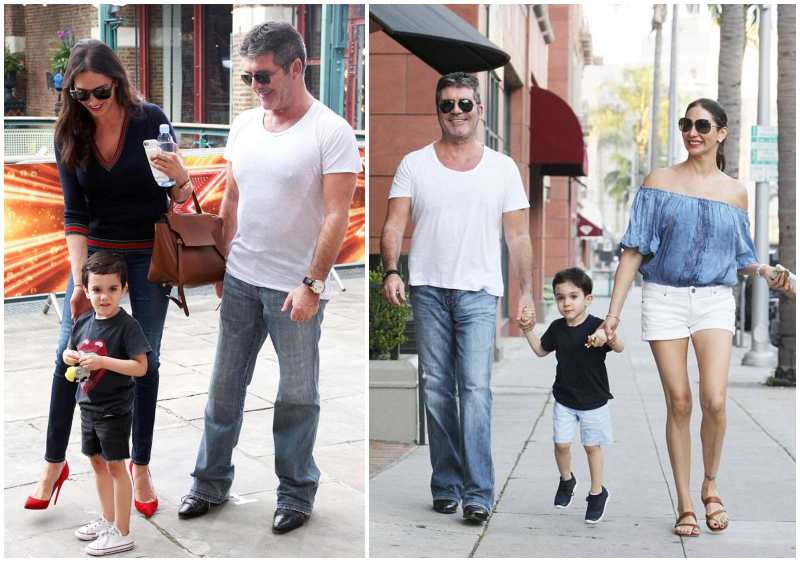 According to Simon, when something good happens, he always calls his father. This was his explanation when asked why he named his son after his late dad. The circumstance surrounding the birth of his son was not the best of situations but they have over time had to accept the beautiful gift that life brought their way. Simon’s life has “changed” since his son arrived. He says he’s probably more focused on what he does and it puts things in perspective knowing that he is responsible for someone else other than himself.

Eric regularly accompanies his famous dad to the studios. In 2017, the little Cowell even had a go at introducing The X Factor. He replaced voiceover artist Peter Dickson at the beginning of the show. Sitting on his father’s lap, Eric said in the microphone: “It’s time to face the music”.

The famed Cowell previously spoke about fatherhood saying one gets through the first year and suddenly realize that their child can talk and has also taken on the mannerism of their parents. The Mr Nasty of the music business also added that he won’t be having any more kids after Eric. He says his son is amazing enough and that age is not on his side anymore.

Welcome to the private life of top fashion model and actress, Kate Upton
Get to know the family of Hunger Games’ favorite, Josh Hutcherson