The family of the beautiful American actress Jennifer Connelly 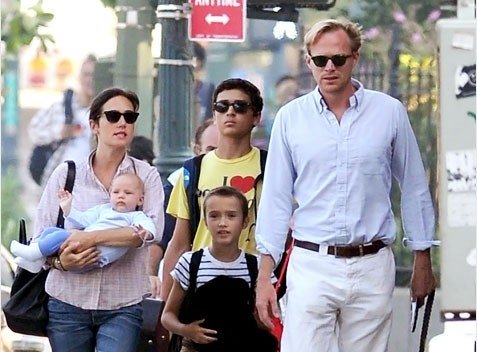 The family of the beautiful American actress Jennifer Connelly

At the age of ten, an advertising executive family friend suggested that Connelly be taken for a modelling audition. This simple advice was the little spark that lit the whole career journey for the pretty actress’ career. All along before she was ten, Jennifer’s talents were sort of hidden because as soon as she was done with appearing on magazine and newspaper ads, she went on to being on TV commercials then on to the bigger screens.

In the late 1980s, she blossomed more as an actress thanks to her starring in the hit movie Labyrinth (1986). She is now an award winning actress with a lovely family. Talking about family, Jennifer was born the only child to a quite private family and she has tried to replicate the same with her current family. This attempt at ‘privacy’ has not really worked seeing that she is also married to a successful actor. Read on to know all there is to know about both her birth family and the current one. 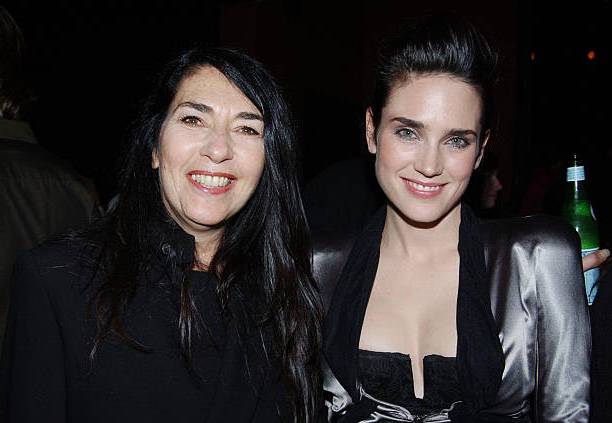 Ilene was a dealer of antiques and was raised in a very religious Jewish household. She was an emigrant from Poland and Russia and played a large role in her daughter’s success today. Schuman though a private person was in support of the ambition of her only child since Day–One. 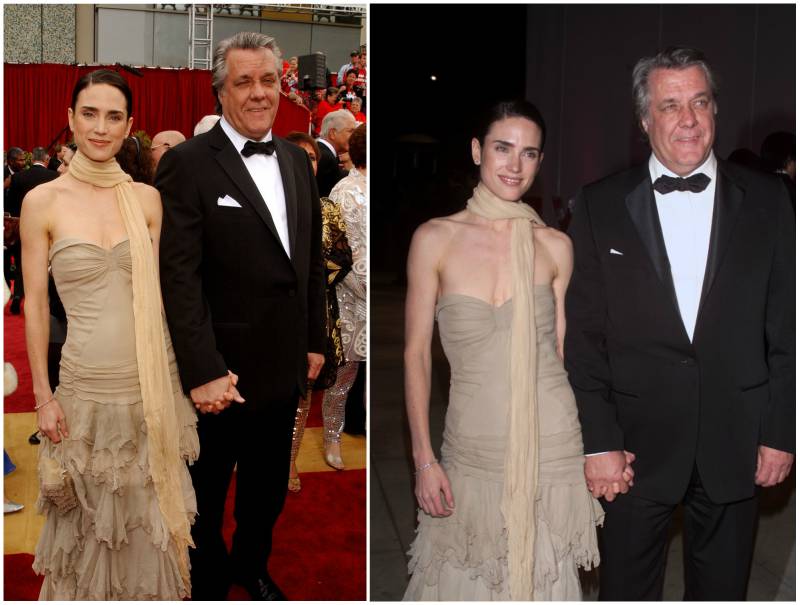 He worked with a clothing manufacturing company and raised his little family in Brooklyn Heights. This city in 1976 was smoggy and Gerard being an asthmatic had to relocate with his family to Woodstock for four years then returned for his daughter to continue schooling near the Brooklyn Bridge.

Jennifer Connelly has no siblings, she is only child of her parents. 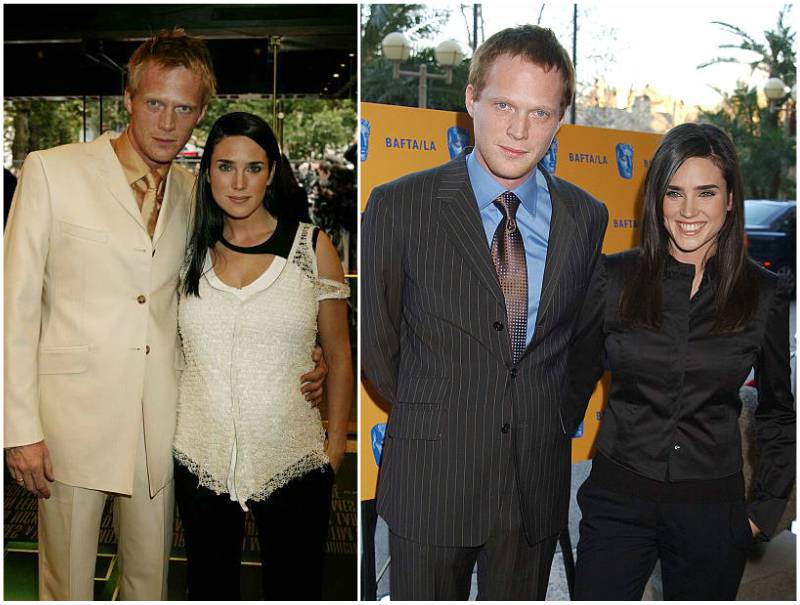 Duration of Marriage: January 1, 2003 till present

He was not one of the bright and eloquent pupils; in fact, Paul was not clever enough to be a nerd. Plagued by dyslexia in a time when the full details of the disease was not yet known, Bettany was not privileged to read until he was 19. At this age, he had enrolled already at a Drama centre in north London. Acting has always been the dream of the London born actor but fame was not on the list of his biggest fantasies.

After he started reading, Paul gained a lot of confidence and one day had to sight read the script of a movie. Till date, Bettany is glad that he took precautionary measures for this one read-through as the film did not only jump start his career but on its set he came close to one of the most beautiful women he’s ever known. The New York-based actress did not only earn a massive amount of recognition from the film ‘A Beautiful Mind’ (2001), she met her beau on the set of the movie. 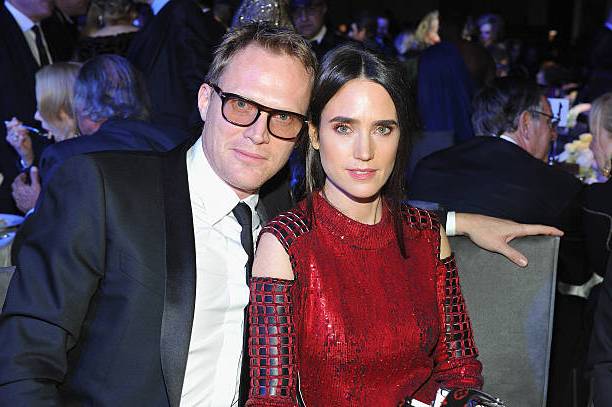 They got together two years after their first meeting and in January 2003 were married in Scotland. It would amaze you to know that the pretty actress has been his childhood crush since he first saw her in Labyrinth (1991). The lovely couple also co-starred in Creation (2009). One of Paul’s most commercially successful roles has been his voice character as JARVIS in the Avengers’ series. 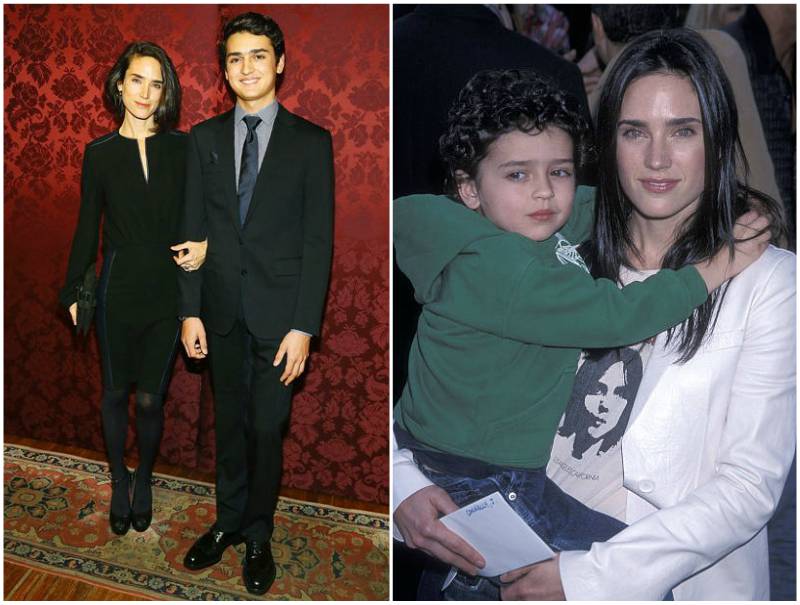 Connelly had her first son with David Dugan, a photographer whom was dating in the late 1990s. Their relationship began while The Rocketeer (1991) was filmed. Despite the pair no longer being together, Kai is still raised by his both parents. The A Beautiful Mind actress already had her son by the time she was filming this movie. She took Kai with her every day she had to be on set. 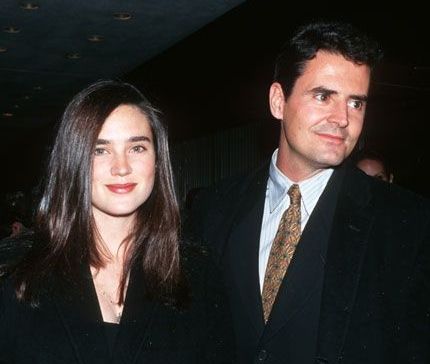 Jennifer called motherhood and work a balancing act and she states that since the arrival of her first baby, her quality of work has sky rocketed. The Golden Globe winner credits her first son for helping her find her place in the world and understand herself. Kai is now a past the teenage age and inherited his mom’s good-looking genes. One thing however that was not passed along was Jennifer’s height as Kai stands at a towering height over his ‘not-so-short’ celebrity mother. 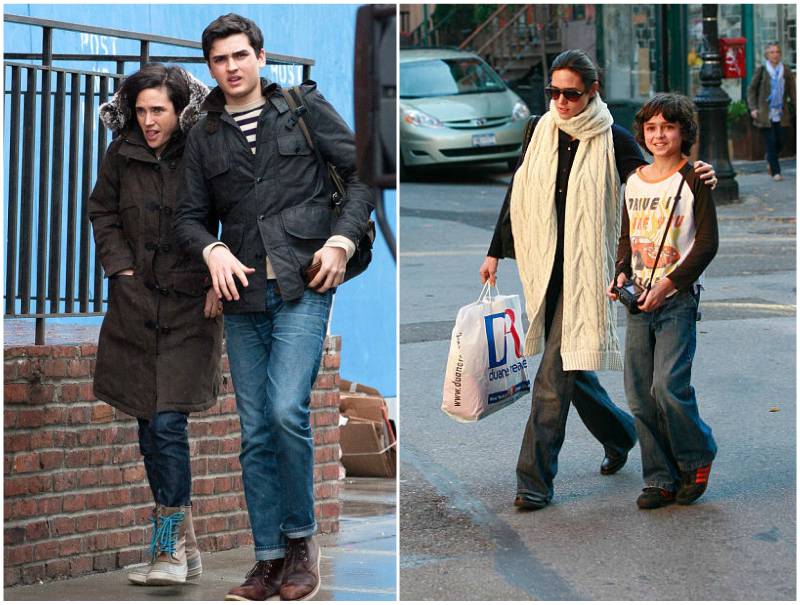 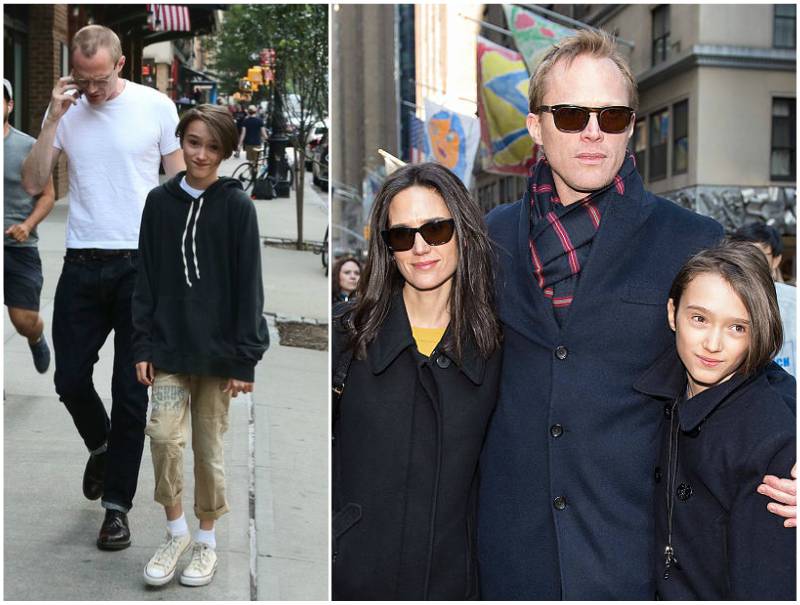 Stellan is the first son Connelly had with Bettany years after becoming a mother of one. The second addition of this child did not change her career as she was managing well already with just one son. For Bettany, Stellan was not his first son but his second as Kai had become just like a biological child to him. 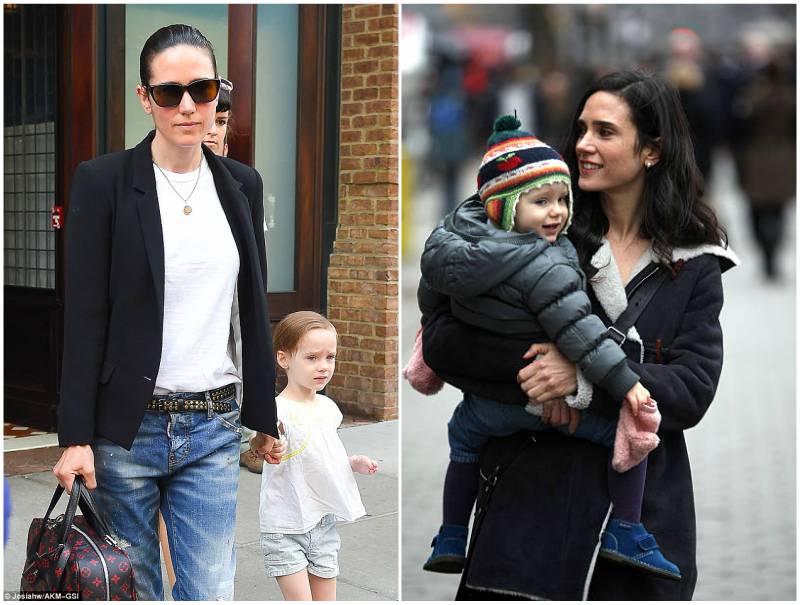 It did not matter whether or not the Connelly-Bettany couple were waiting for a girl, as soon as little Agnes came into the world; her parents’ joy knew no bounds. The former face of Balenciaga had her first daughter through a water birth right in their New York home.

Concerning her three kids, Connelly says she’s got a massive family now. It is amazing to her that the children get along so well, they never fight and are always looking out for each other. It might be to the huge age gap between them and the fact that each child is in no competition with another for attention and focus. 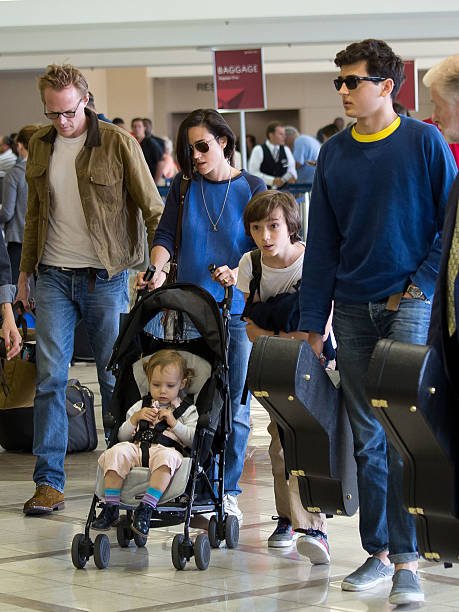