Inside the family life of renowned veteran singer Tony Bennett 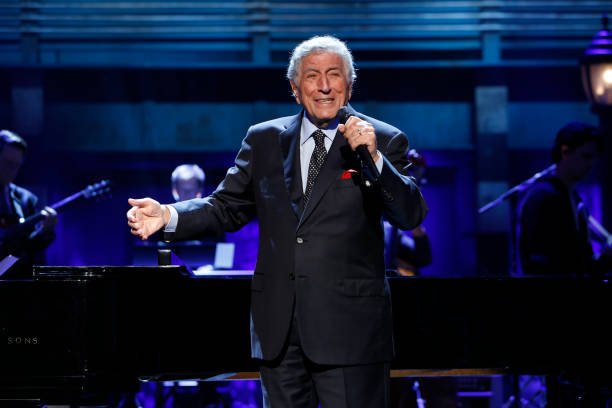 Inside the family life of renowned veteran singer Tony Bennett

He was born Anthony Dominick Benedetto but is famously known as the legendary musician Tony Bennett. He sings traditional pop standards, show tunes, jazz and is a skilled painter. He was once a favorite musician but his popularity waned as younger fans turned to rock music but Tony experienced unparalleled resurgence since he rebounded in the 1990s through increased exposure and an acclaimed MTV Unplugged appearance. Now, the singer is a 15-time Grammy winner, a three-time author and accomplished philanthropist.

Growing up wasn’t entirely fun for the young Bennett as he came of age during the Great Depression and experienced the life-altering death of a father. The Because of You singer dropped out of high school so he could help in the family’s finances by working as a singing waiter. Dominick served in the Army infantry during World War II then studied singing. Luck found him in 1949 when Pearl Bailey discovered him and asked him to open one of her shows. At the event, he subsequently caught the attention of Bob Hop who put him on road show and he’s been on that path since then.

The ageless crooner kept on making waves while he was signed with Columbia records until his success spurred some artistic differences with the record company. He learnt from his mother to only be involved only in things of quality and decided to exhibit this with his music but Columbia wanted him to remain within the circle of his early hits. Bennett left Columbia to begin his own label but his songs failed to gain traction on the charts. This career low coincided with his own personal struggles with drugs but his son came in at some point and helped him revive his career. Keep reading as we take you through the personal life of the lifelong visual arts lover.

According to Tony, his father would sit on the stairs and sing opera, and show his children pop hits; that was how the young Tony fell in love with music. John was a family favorite as he had great listening skills and was able to sympathize with every member of the family. John Sr. married Anna who was his cousin on November 30, 1919.

He had a heart disease as a child which damaged his heart as there were no doctors in his hometown back then. When Tony was 10, John’s heart failed and he was rushed to the hospital but never made it alive. It was indeed a traumatic event for the family and the I Left My Heart in San Francisco singer affirmed that death never did away with the connection or influence his father had on him. 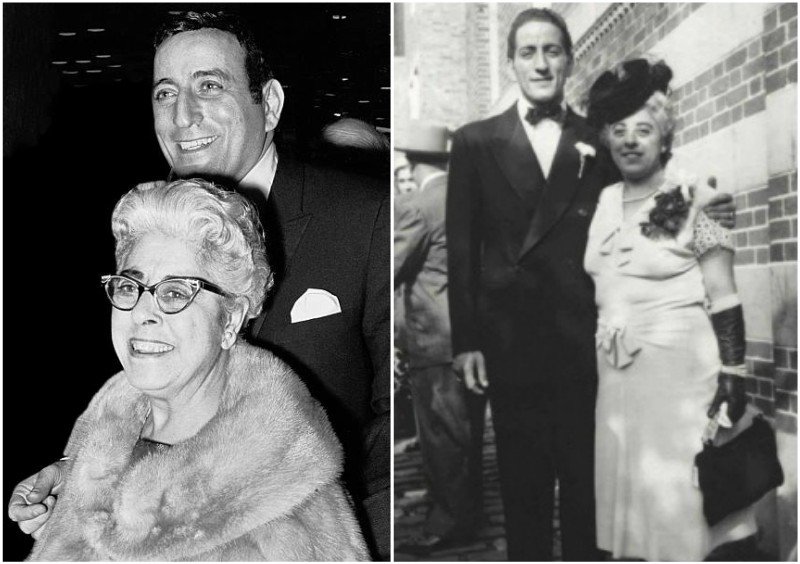 After the death of her husband, she became the sole breadwinner of the family, working in a factory by day and sewing dresses at night to support her children. Watching Anna’s work ethic made the young starlet vow to make her so happy that she wouldn’t have to work again and he did just that.

Mary is the only sister to the Rag to Riches singer. She once managed this affairs in 60s but left to take care of her own family.

He was the first son born into the Italian family. He did have good voice and performed solos at the Metropolitan Opera being a teenager.  New York magazines called him “Little Caruso.” 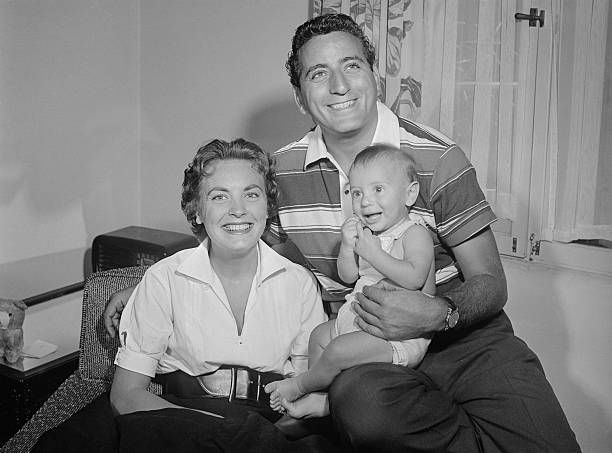 She was the first wife the legendary singer and while they were together, she had two sons. 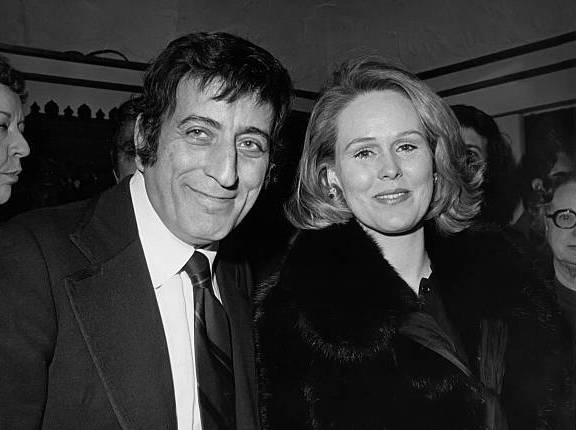 Sandra is an actress and she became involved with Bennett while filming The Oscars in 1965. They lived together for several years before a quiet wedding ceremony in 1971. They became parents to two daughters but separated in 1979. Grant and Tony remained legally married though separated until they finalized their divorce in 2007 when he re-married. 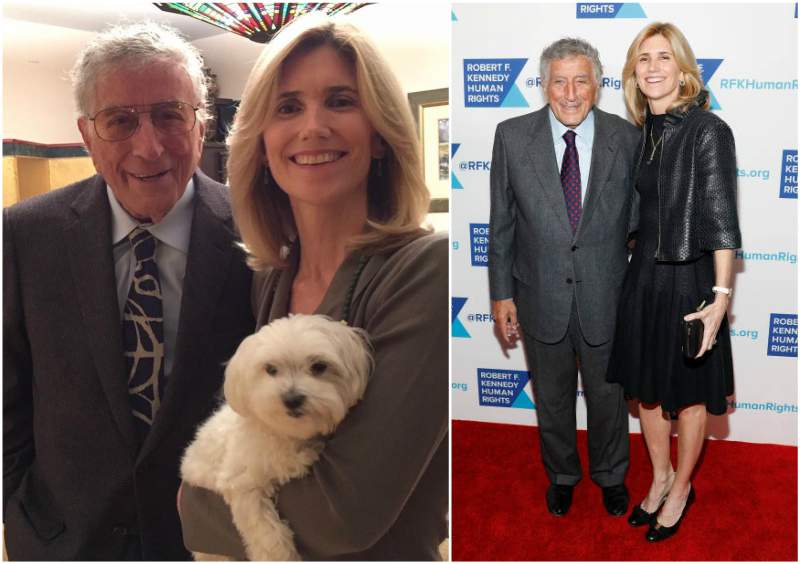 Tony’s love story with Susan doesn’t count as love at first sight as she was still in her mother’s womb when they first “met”. At 19, she attended one of his concerts and requested to see him backstage. It tickled the singer’s fancy that someone of her age was so devoted to his music so he agreed to see her and even went on to ask her to be his date for the evening. Things progressed from there and they eventually became man and wife.

Both lovers admit that they weren’t oblivious to their 40-year age difference but now, after years of being together, it doesn’t matter as much as it used to because they are compatible in all ways. Susan and Tony founded The Frank Sinatra School of the Arts where Crow worked as a social studies teacher then as an assistant principal. They explain that the school’s philosophy is to teach students that quality lasts forever. 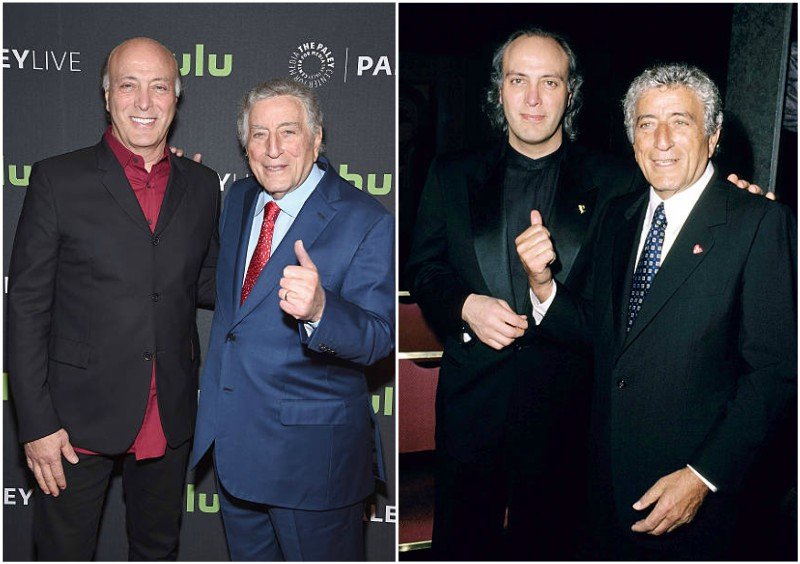 He is a Television Producer and has also been his father’s manager for years now. Danny is credited as the son who helped Bennett put his personal and professional life back together at a very difficult phase in the singer’s life. He made sure his father got signed again to Columbia records and helped with huge exposure. 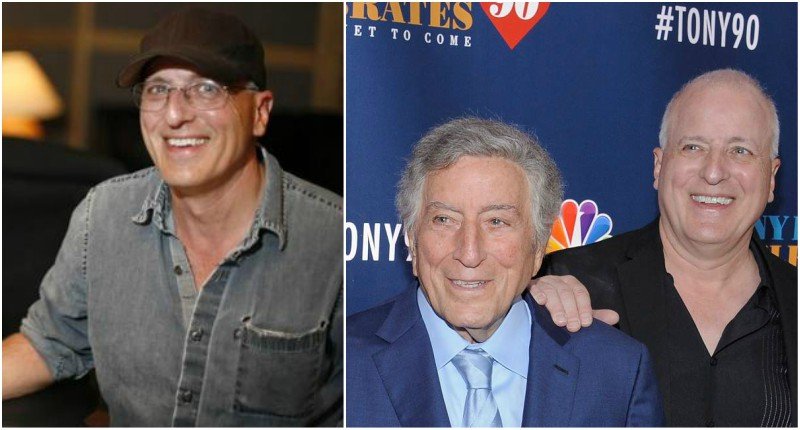 Dae is a recording engineer and has worked on several of his father’s projects. 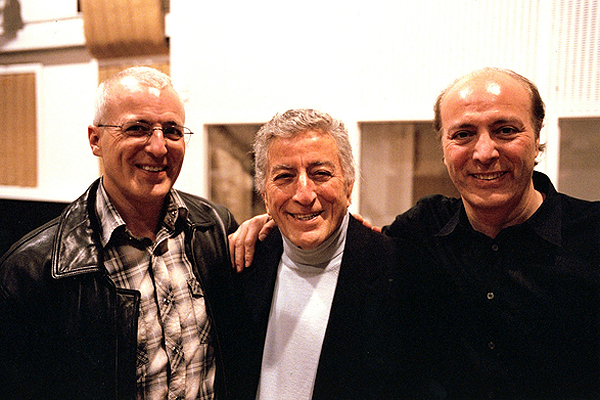 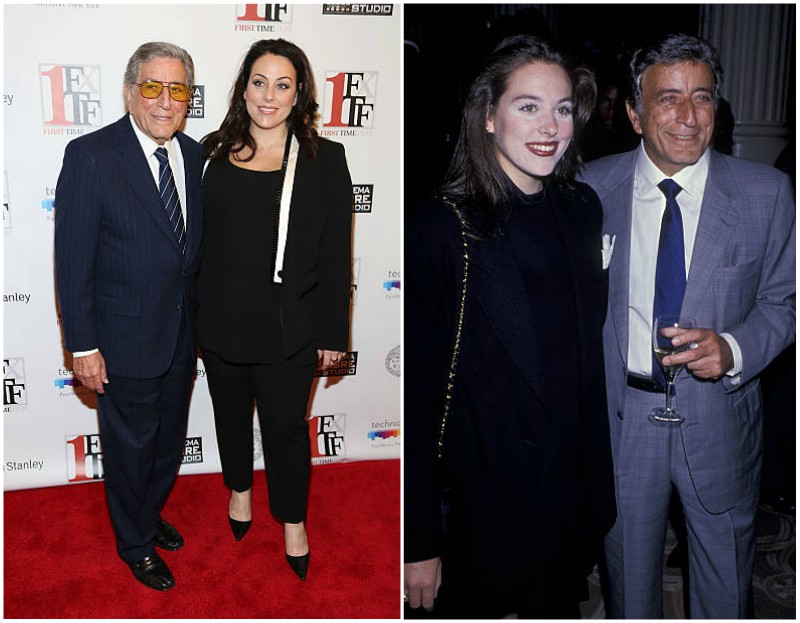 She is the first daughter to the Cheek to Cheek co-singer. Joanna took after her mother and became an actress. 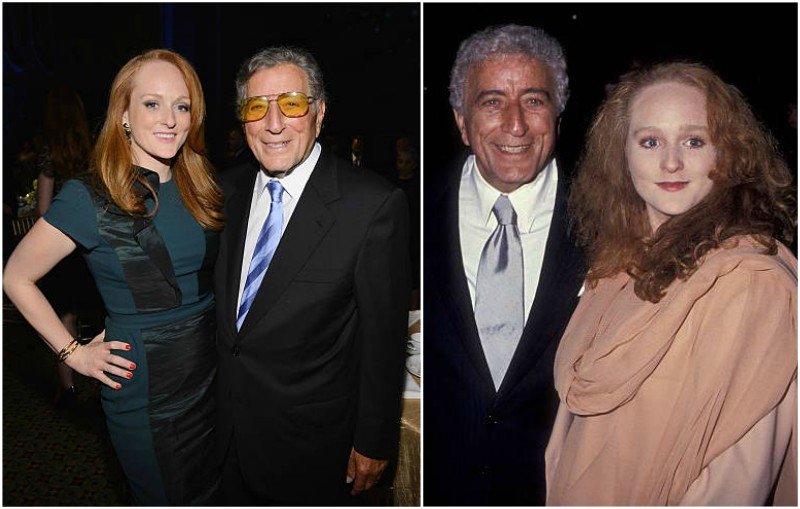 Antonia has been gracing stages along with her legendary father since the age of 4. She is now a singer like her father and specializes in jazz music. She married Israeli Ronen Helmann in 2013 and around that time, she converted to Judaism. 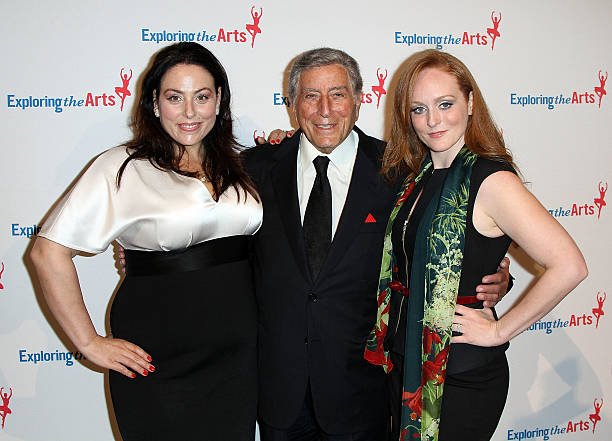