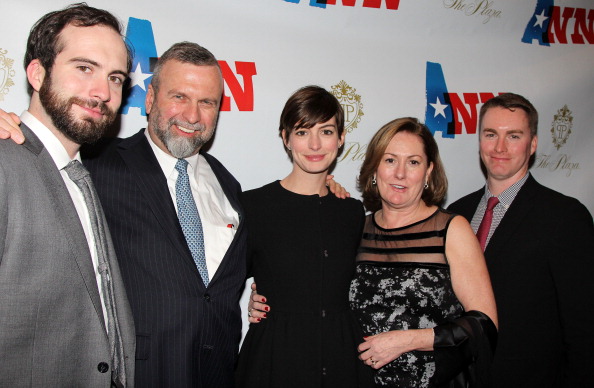 How does one go from wanting to be a nun to becoming one of the famously successful actresses in her day? Brooklyn-born Anne Hathaway states that in her childhood days, she wished to be a nun. It was more than a wish for as Anne also mentions that she felt like God was calling her to the sisterhood. However, this did not last because while Hathaway was in high school, she was a part of several school performances.

Several years after her Princess Diaries (2001) film debut, Anne is now a multiple award-winning celebrity. Her style of acting has been compared to Audrey Hepburn and she has been a co-cast among the top actors of the movie industry including the great Meryl Streep – Hathaway’s Idol in The Devil Wears Prada (2006). Let’s find out more about her family and the most important men in her life. 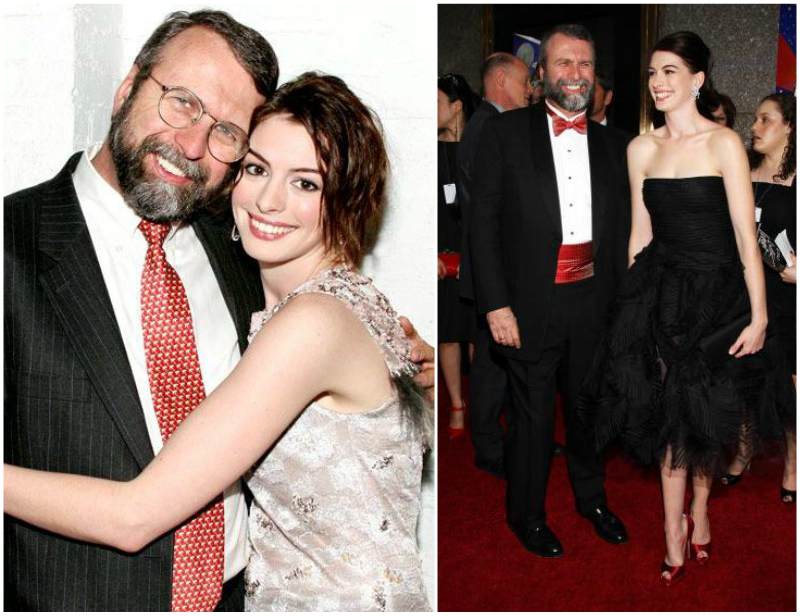 Gerald is the father to the sexy star and two other boys. He is a successful lawyer by profession and is of Irish descent. His whole family switched to the Episcopal religion after his first son Michael claimed to be gay. Gerald raised his kids and instilled discipline together with high family values that is now evident in Anne’s life as a wife and mother. 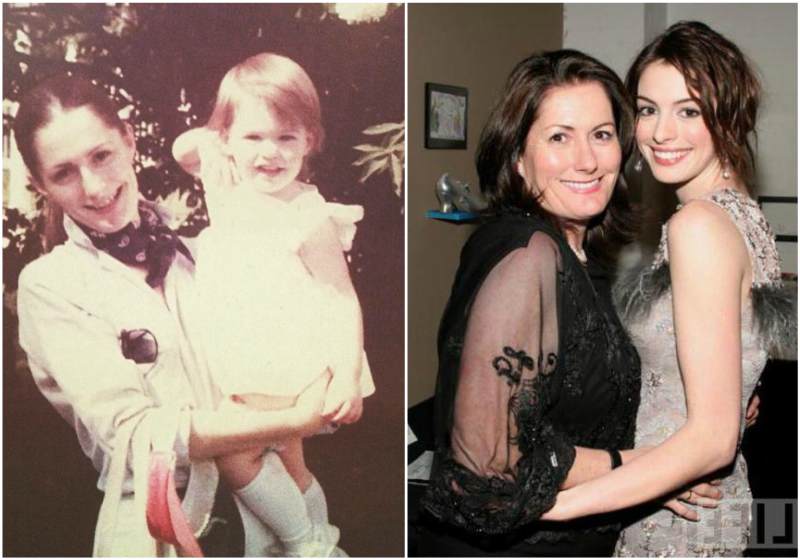 Kate is a former actress and mother to the beautiful star. Anne credits her mother for being the inspiration to become an actress. It is evident that Hathaway has reached and even surpassed her mother’s success in the same acting career. Kathleen played Fantine at the first stage play of Les Miserables (1980). Many years down the line, her daughter Anne also casted as Fantine in the 2012 film adaptation of the theatre production. 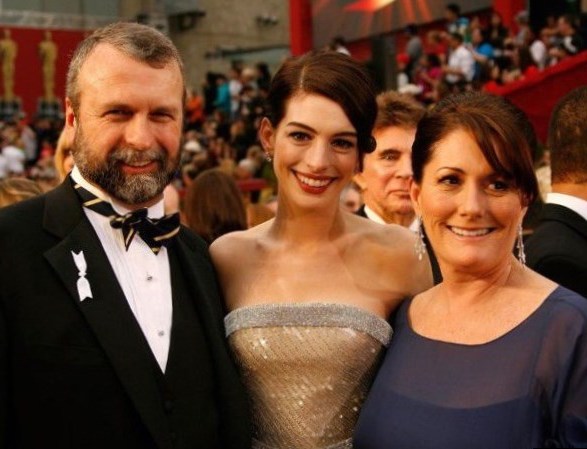 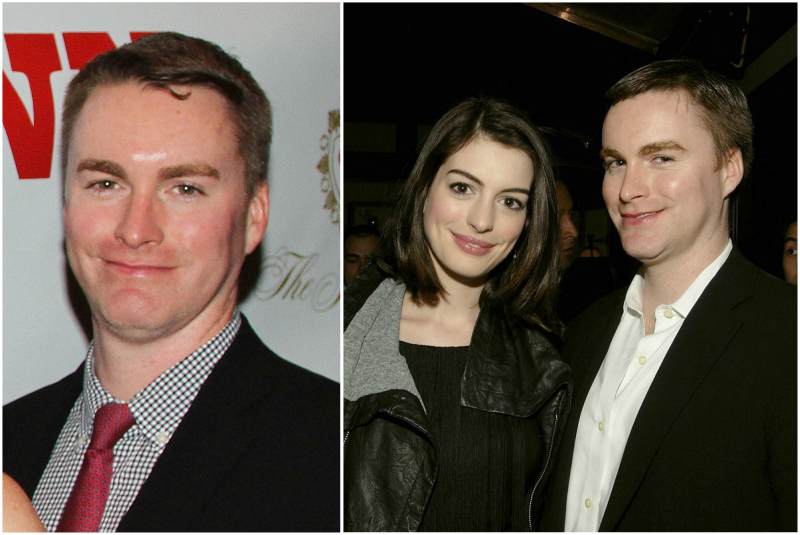 He is the gay brother that caused his sister to change from her catholic beliefs. Anne said she couldn’t support a religion that does not support her brother sexual stance so she decided to leave Roman Catholicism and is now a “non-denominational Christian”. Michael is a writer. 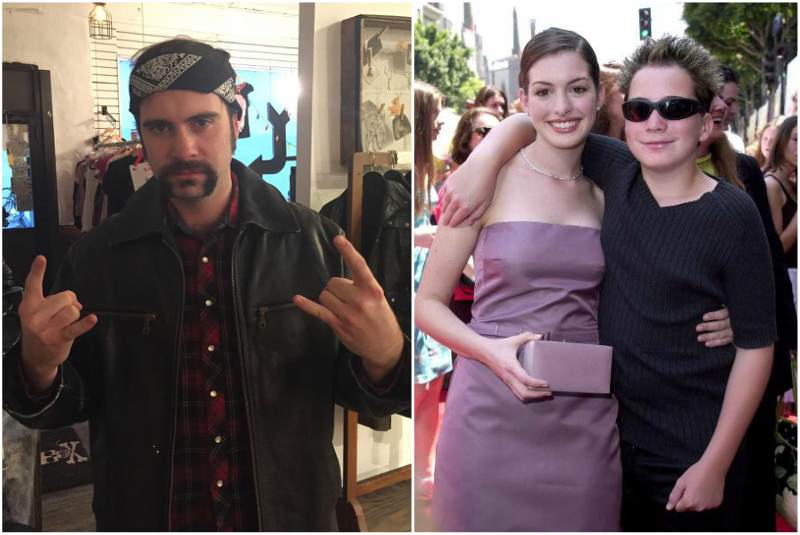 Thomas is an actor and is the last born of the Hathaways. He is married and loves dogs. 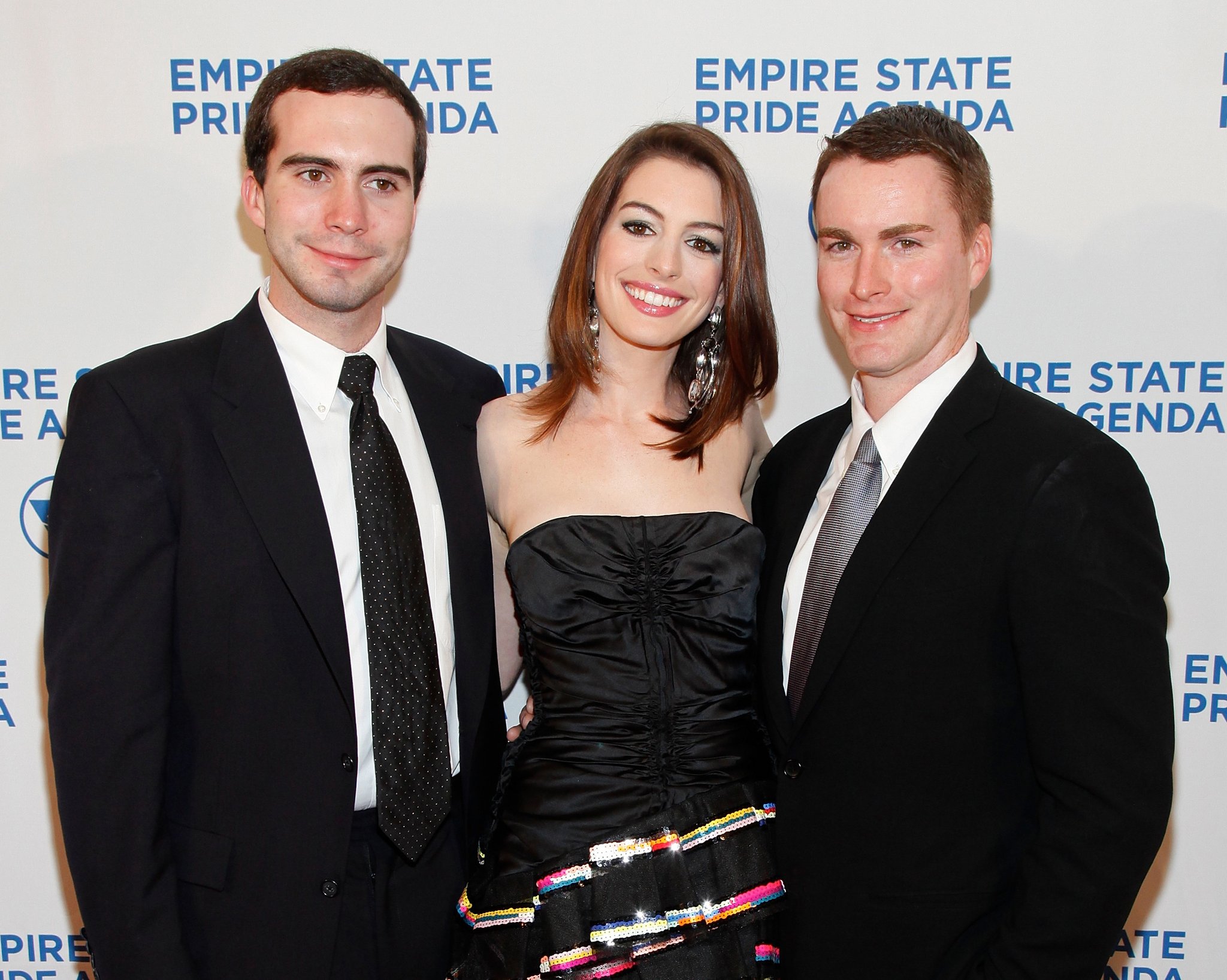 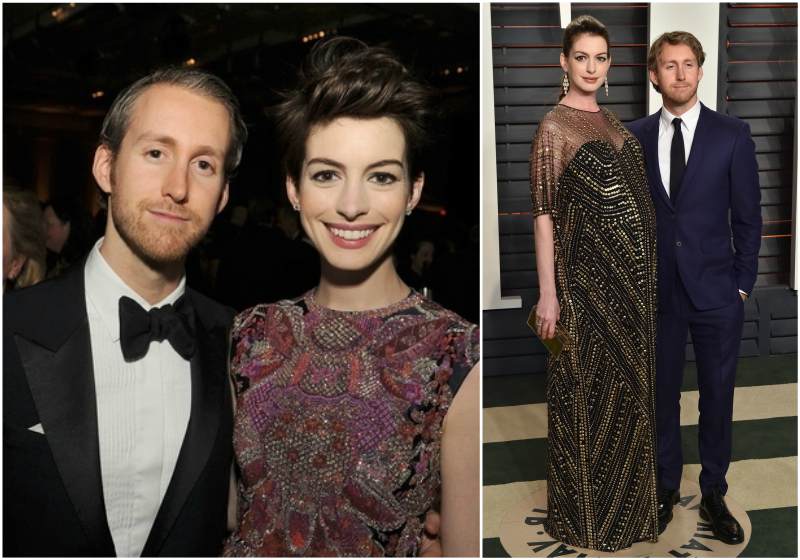 Duration of Marriage: September 29, 2012 till date

Shulman is an actor and a jewellery designer. Before him, Hathaway was in a relationship with Raffaello Follieri. Her romance with the Italian property developer ended mid-2008 when she felt he was a participant in crime related legal issues.

The Brown University alumnus began dating the Princess Dairies favorite in 2008; this was after the drama had ended with Follieri. November 2011; exactly three steady years after the beginning of their sweet romance, the couple announced their engagement. 10 months down the line on September 29, Anne and Adam were joined in matrimony on the California coastline. His celebrity wife refers to him as a great husband and a spectacular dad! 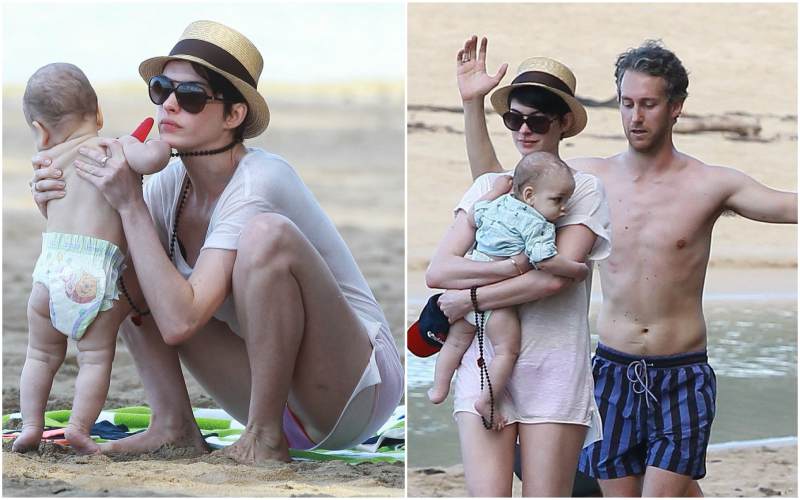 His parents’ love story started in November 2008 and seven Novembers later in 2015, Hathaway and Shulman publicly announced they would be having a baby soon. Before this big reveal, the Intern actress never hid her desire to have a family filled with kids. 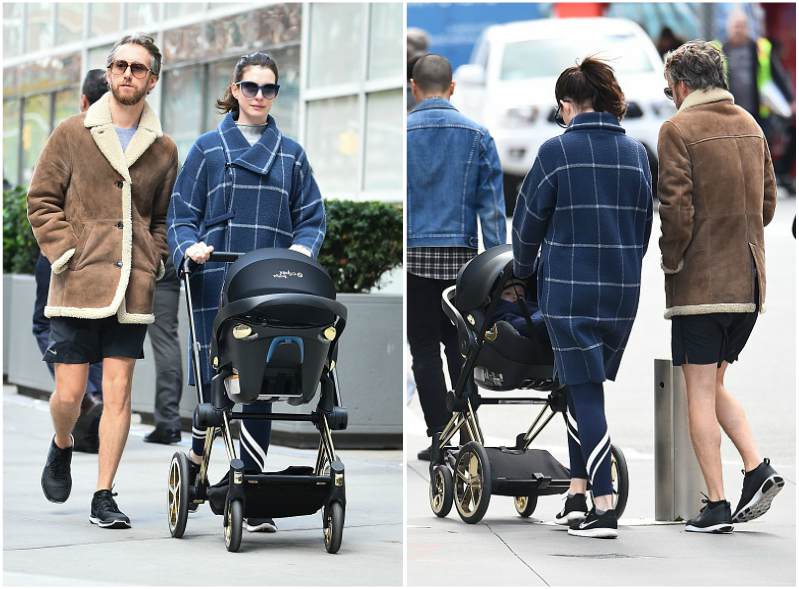 She said starting with a healthy baby she would proceed to have a few naturally then adopt one or two. Hathaway is definitely a lover of kids! “He is the light in my life” – this was what Anne had to say about this lovely addition to her family.

Date of Birth: expected in winter 2019

In Instagram Anne announced about her pregnancy with the second baby. 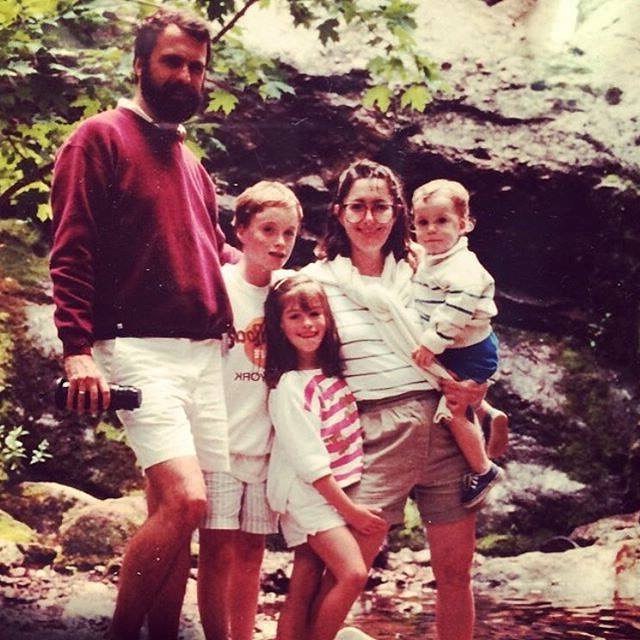 Young Anne with parents and brothers