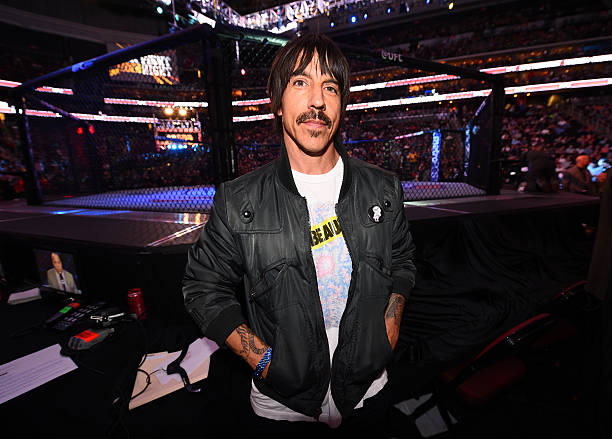 The 1983 Red Hot Chili Peppers band is definitely not a new name among music fans; in fact, the group is one of the renowned still-standing rock bands. From the start, there was something different about the group and it was no surprise as they became increasingly successful with blending funk and punk. Red Hot Chili Peppers started out as a trio between Kiedis, Flea and Slovak who passed on eventually. Anthony Kiedis remains the vibrant front man of the multiple-time Grammy Award winning band.

While in high school, he met with Hillel Slovak and bass guitarist Flea who later became his music partner with both of them being the only two band members that have been involved in all of the band’s studio albums. The rock group was not only known for their reckless lifestyle but they grew a reputation for outrageous performances sometimes appearing naked except for their genitals that had been covered with tube socks.

Anthony is not only famous for being the gifted vocalist of this highly successful band, he has been known for his long-standing drug addiction. The esteemed lyricist battled with and eventually overcame the serious habit but his friend and band co-founder died from an overdose. Kiedis has dated a string of gorgeous models and actresses but above all has helped define rock in his over five decades on earth. Coma along as we take you through the personal life of this legend starting with his birth family. 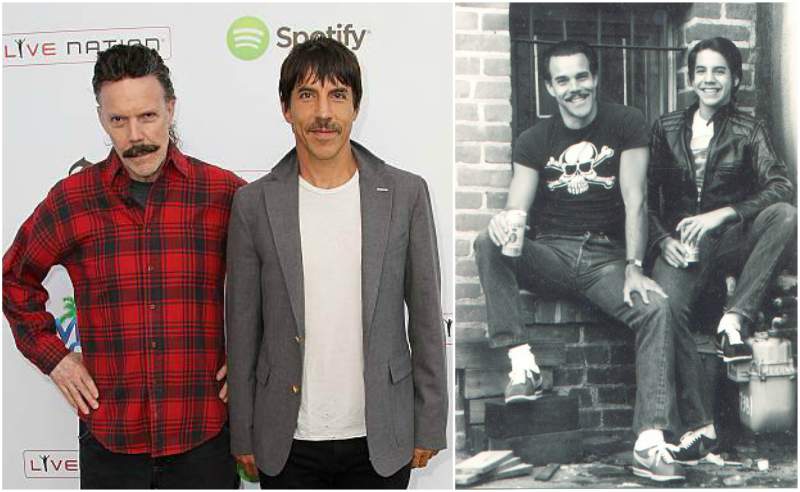 His original name is John Michael Kiedis but he goes by his professional name Blackie Dammett. He was not a part of his son’s first twelve years as he was busy in Hollywood living life as an actor. Anthony however got intrigued by the glamour of the movie industry and eventually moved to be with his father. This singular decision literally changed the course of the young pre-teen’s life. In Hollywood, Tony landed several small parts in movies and TV thanks to his father but music eventually got the better part of him.

Dammett earned his living by selling drugs but was also an actor occasionally. The famed artist was not only introduced to the arts while with his father, the already delinquent Kiedis got influenced by the world of art, sex, music and drugs. According to Anthony, his father John was the wilder parent who introduced him to the arts and taught him to be a free thinker while Noble was the milder and more laid back mother. Papa Kiedis raised wolves and wolf hybrids in the 1990s. 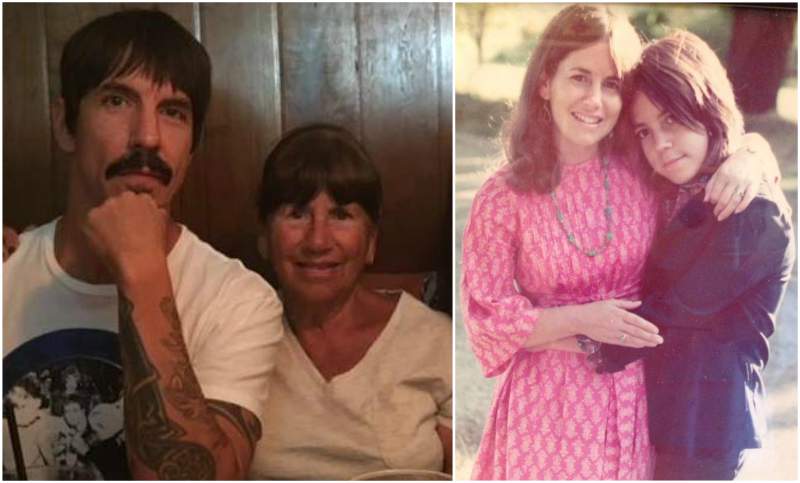 No doubt the rock and roll star has been through a number of twists and turns in his life but luckily for him, his mom has been a positive presence throughout. When he was 3, his parents divorced leaving him to be raised alone by Peggy. She later remarried and had two other kids, females this time around. Peggy married Scott St. John in 1968 and Julie was born in 1970. With Steve Idema Peggy has a daughter Jennifer that was born in 1976. For eight more years, Kiedis was raised in a relatively quiet life until he decided to be with his father in 1974 after getting into trouble at school. The Scar Tissue singer was soon involved with drugs while with his dad, he battled addiction until he became a University drop out but somehow his love for the arts never faded. 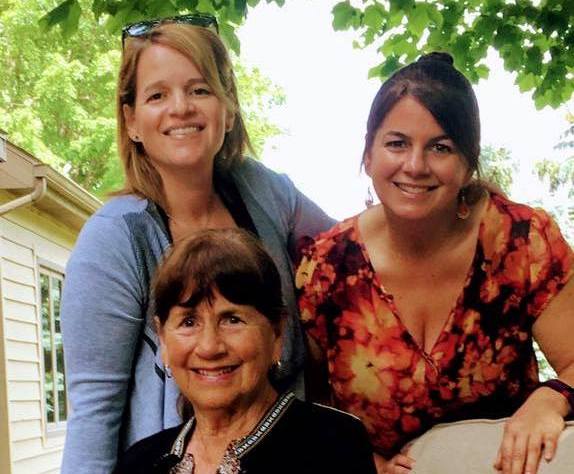 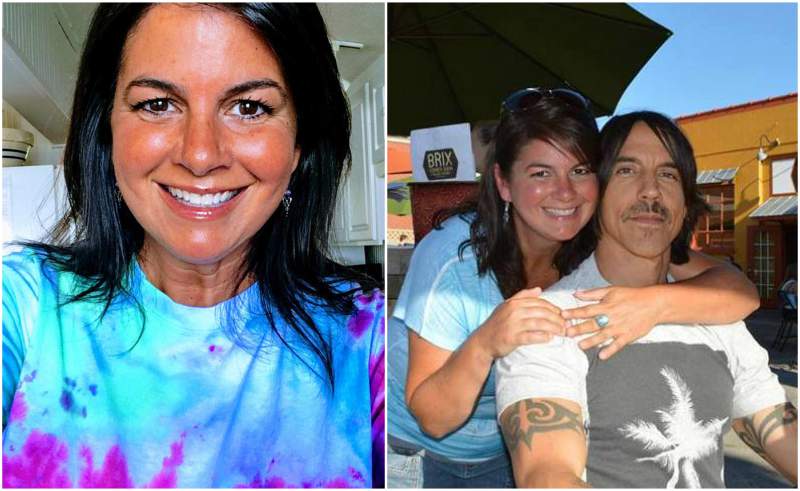 Julie was born to same mother but different fathers and unlike her brother, her life is pretty much off the media’s radar. 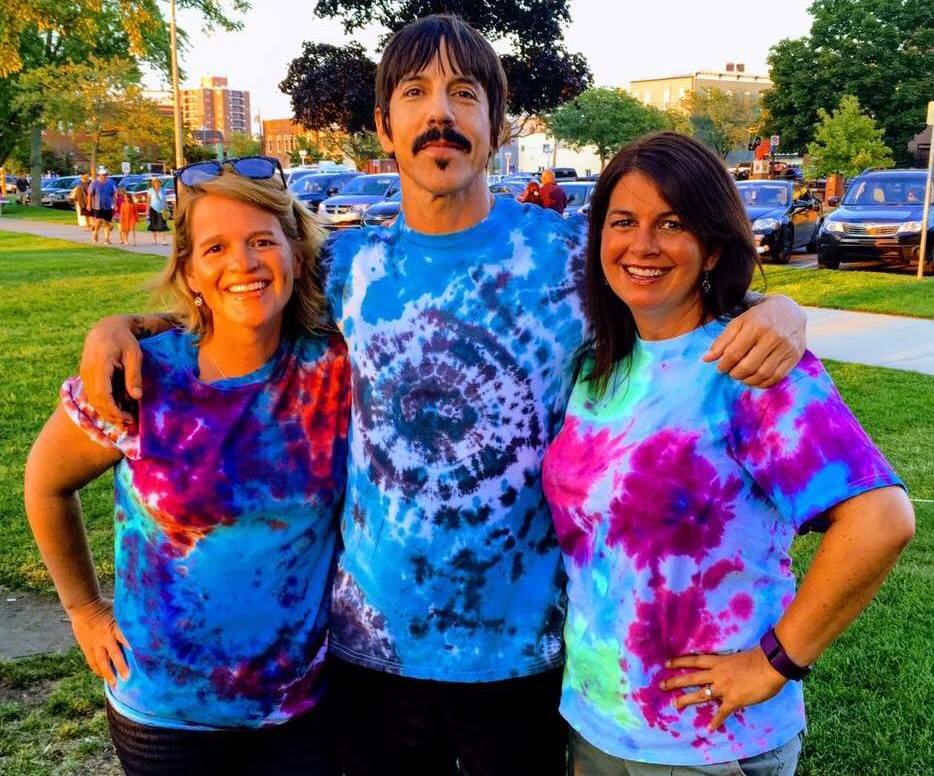 She is one of the two sisters the Give it Away singer has from his mother’s remarriage. She is married and has 2 kids. 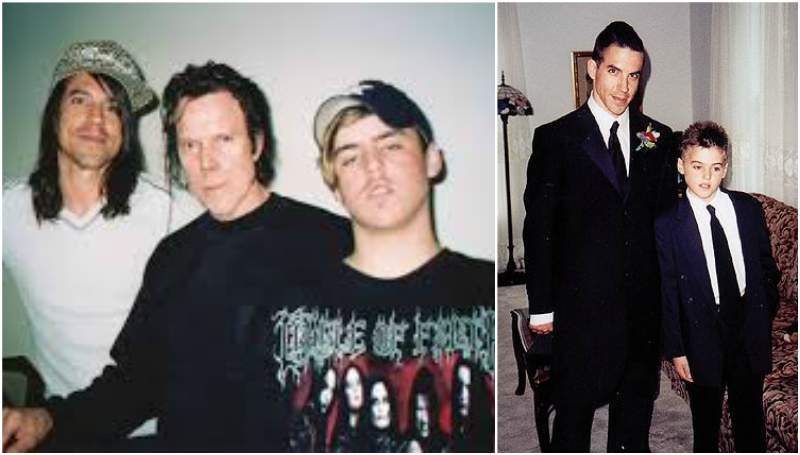 James is the much younger half-brother to the famed rock star who he has from his paternal side. 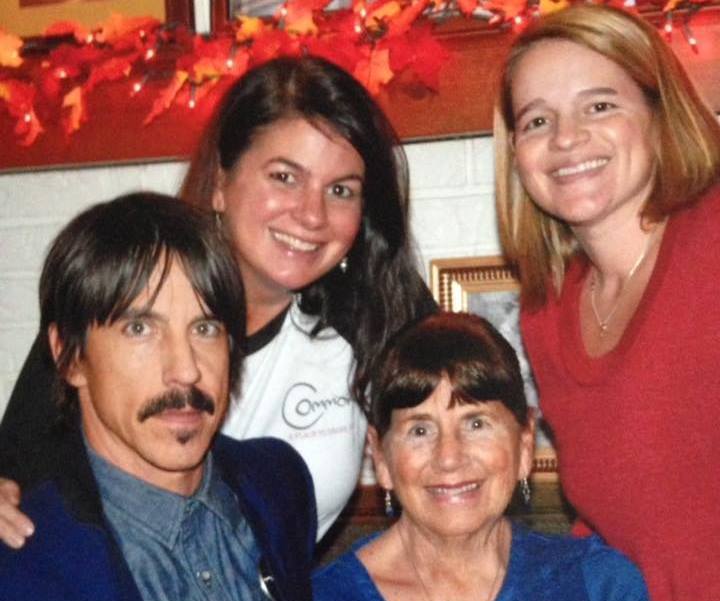 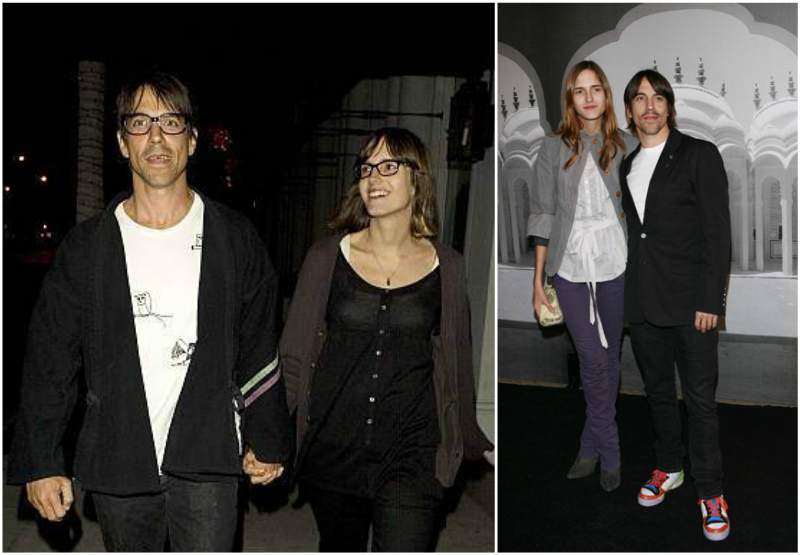 Heather is a model mostly recognized for her campaign for fashionable labels. She has done a few runway projects for the Los Angeles Fashion Week and even continued with her career while pregnant. For this reason, she garnered more fame with appearances in maternity magazines like Fit Pregnancy. Christie is also a gifted photographer with her work featured on the Red Hot Chili Peppers’ website.  She was only 18 when she started dating the then 41-year old singer.

They spotted at a party and the singer had this to say “I met this beautiful lady smiling non-stop and decided to say hello”. That night, he found out she had a boyfriend but they still had coffee. After some time apart, they reconnected and Kiedis realized he wanted to be with no one else but her. They were first seen together in September 2004 but their relationship was not one with a smooth sailing as both lovers had a few fall outs with temporary splits. In late 2005, Anthony was reportedly in a relationship with another model Jessica Stam only to reunite with Christie in 2006 and she became pregnant soon enough.

Their little baby was barely a year old before both lovers decided to call it quits and go their separate ways. The photographer says the rock star is a great dad and she is forever grateful to him for giving her the gist of life; she also added that she hopes he finds what he is looking for. Though officially not together, Kiedis and Heather still remain good fiends at least for the sake of the child between them. The pretty model has been cited as an inspiration for many of the songs written by the esteemed rock singer on the album Stadium Arcadium. 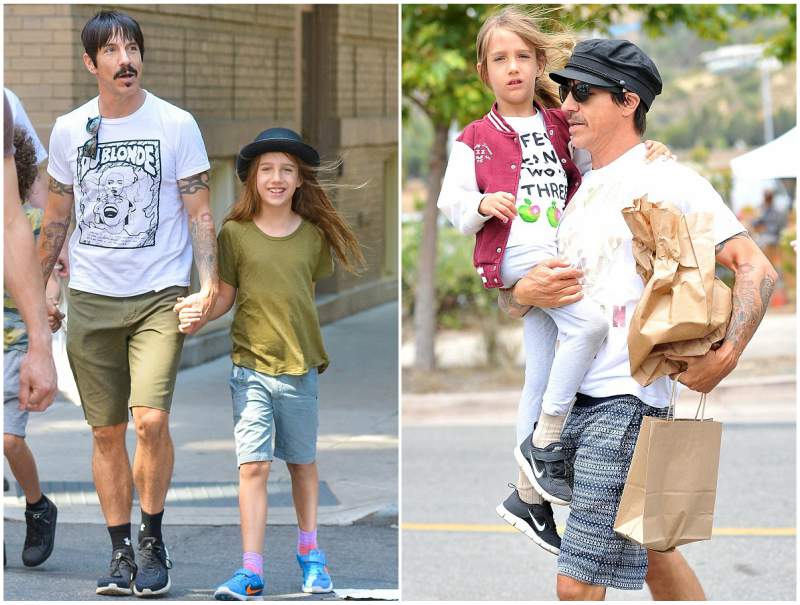 When asked how he came up with his son’s name, the famous singer says it was from one of his favorite bands, the Everly Brothers and who says last names can’t make a good first name. As for Bear, the lovers agreed that it was beautiful to have a little bit of earth in one’s name. When Everly was a few months old, his parents split and continue to share physical custody although the cute boy mostly resides with his celebrity father.

Anthony has stated boldly that his son changed his life; he credits his son to be his only addiction and is glad that he gets to be stay clean at least for his son’s sake. Having Everly made him see reasons to forgive his drug-dealer of a father for getting him hooked on drugs.

How many children does Anthony Kiedis have?

He has only one child, son Everly Bear Kiedis.