The Parents and Siblings to Blake Shelton, the King of Country Music 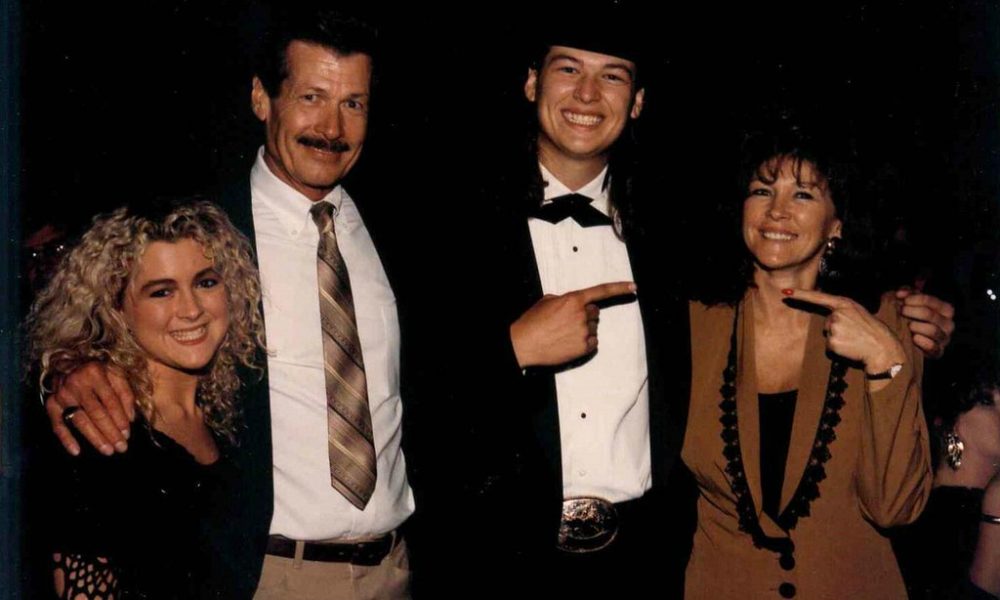 The Parents and Siblings to Blake Shelton, the King of Country Music

There are a few people who in their chosen career have turned things downside up. Blake Tollison Shelton is one of such people and is known all over the world as one of the best Country Music Singers. Life began for Blake very averagely like so many other Americans but thanks to his uncle, he learnt how to play the guitar at 12. Before Shelton was twelve, music had found him and he was always singing so it was not a surprise to his family when he wrote his first song at the age of 15.

Since his first song, Blake Shelton has worked his way to the top through hard work and a great vocal strength. In 2011, he became one of the judges on the international musical competition “The Voice”. In all his years as a musician, Shelton has garnered over five Grammy nominations and several awards one recurring one has been the award for Male Vocalist of the Year. Let’s see more about the other Sheltons who are not as famous as Blake Tollison.

You may also like: Blake Shelton’s height and weight 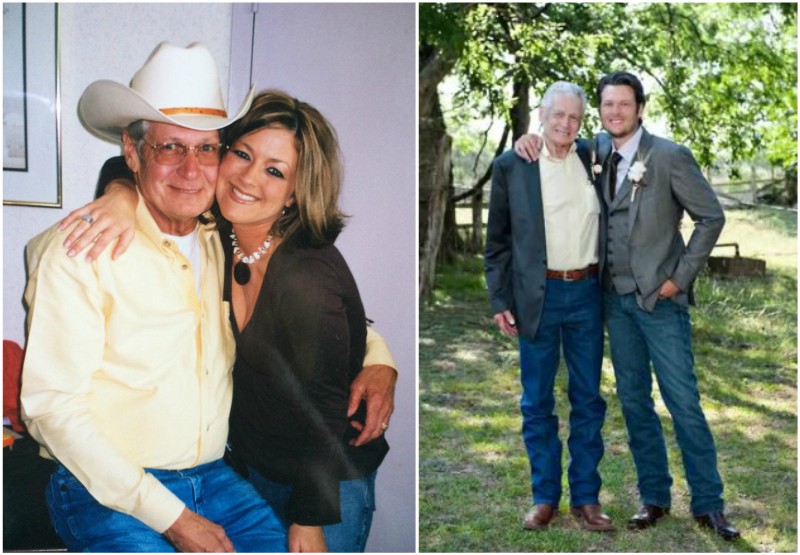 The Late Richard Shelton, father to country music icon was once a salesman for used cars, he also owned and operated J. R. Cars. We did not know so much about Richard Shelton but we are sure that he was forever supportive and proud of his son and his achievements. In 2011, Dick’s health started towards a downward slope and his mega celebrity son was very supportive in all of these times. Blake even dedicated one of his 2011 trophies to his ill dad who he said would be watching at home at the time of the award.

January 17, 2012 would forever be a day for the Sheltons to remember as that was the day they lost their dad to Lung Cancer complications. Blake was especially devastated after his father’s death that he cancelled a number of tour dates to grieve his late dad. In 2016, St. Anthony hospital in Shawnee, Oklahoma dedicated a fountain to honour the late Richard Shelton. 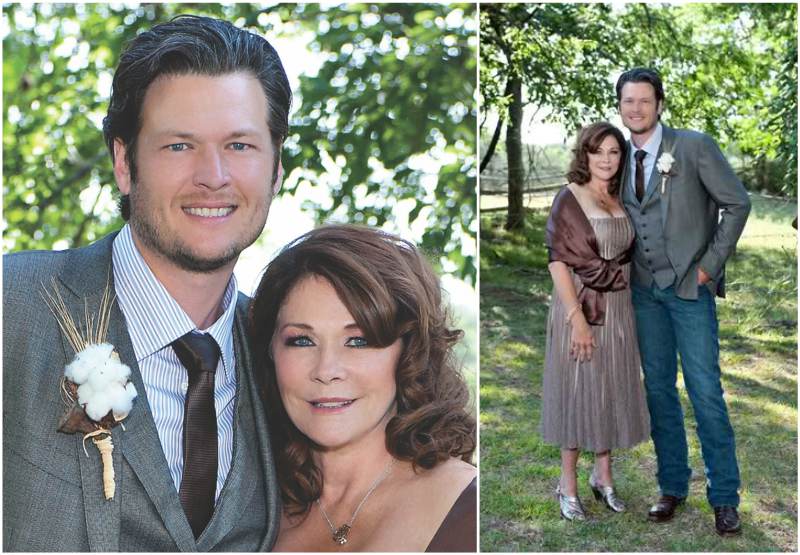 At the time of Blake’s birth, Dorothy was the owner of a beauty salon in the small Ada hometown, Oklahoma. To many, Blake might be the famous Country Singer but to Dorothy, he remains her little boy. Dorothy remembers while as a child he loved being outdoors and always came home with Frogs which led to his nickname “Toad”. Mama Shelton thought for once her son was going to be a veterinarian or a forest ranger because of his great love for animals and the woods but she is definitely surprised with how successful he has become as a musician. Dorothy is the author of the novel “Time for Me to Come Home”. 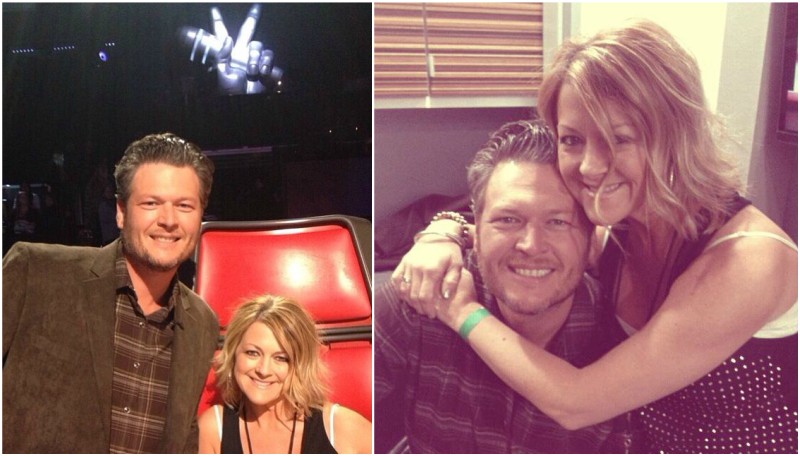 Endy is the only sister to mega Country music star and is a graduate of East Central University. She is a jewellery designer and Endy Designs features a necklace inspired by Blake’s ex-wife Miranda Lambert. The love between the Sheltons is certainly one of a kind! Blake loves his sister and is one of her biggest fans and she feels equally the same way about him. They never shy at the slightest opportunity to stand up for each other. How cool is that? She is married and has two kids, a boy and a girl. 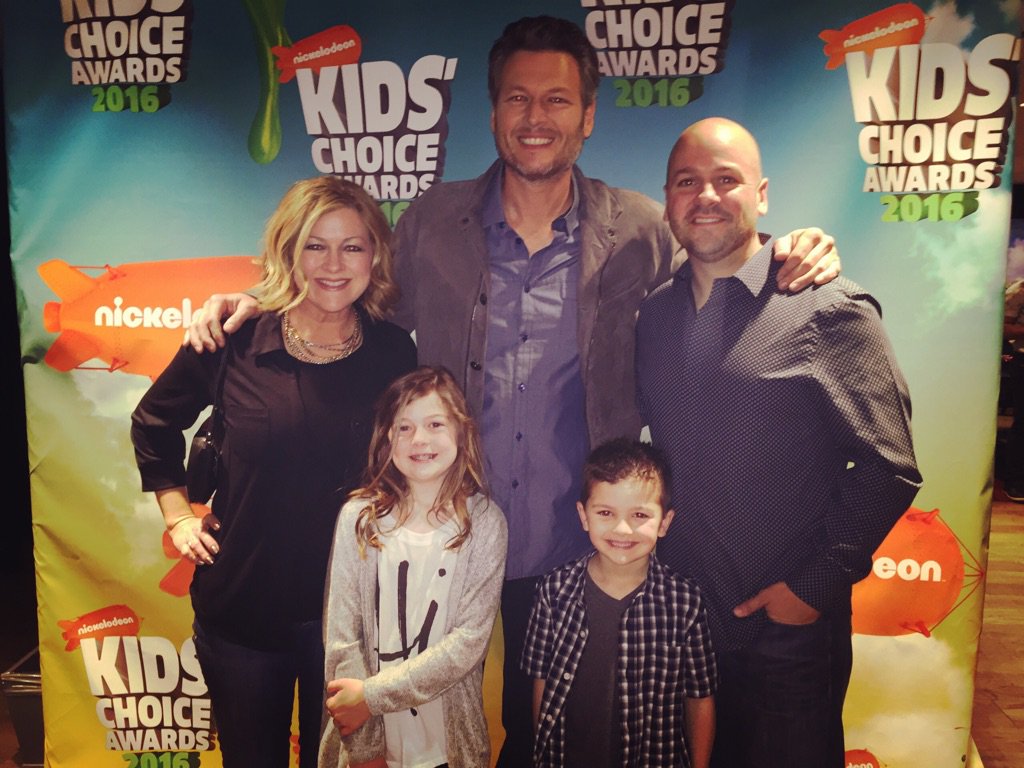 Blake Shelton with sister Endy, her husband and kids 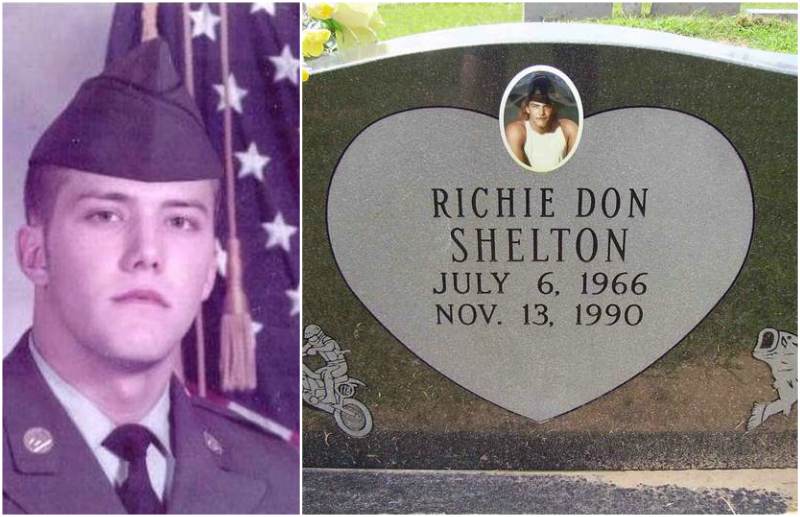 Richie is 10 years older than his superstar brother Blake. In 1990, Richie died instantly in a car accident while Shelton was 14. One thing however that was revealed after a while was that the two boys were not biological brothers. For a long time, we all thought Dorothy had both boys with Richard Shelton until the truth was eventually uncovered. Blake loved his brother and wrote “Over You”, a song with Miranda Lambert about how unashamedly he misses Richie.

Dorothy had Richie with her husband Ronnie Musgrove but after a while in her marriage she began an affair with Richard Shelton. This really got Ronnie pissed so he divorces Dorothy. After the divorce, she angrily changed their son’s surname to Shelton and took him away from his dad when he was just 2 years old. This made Musgrove absent in the childhood days of his son not until not too long before the car wreck when Richie knew he had “two fathers”.