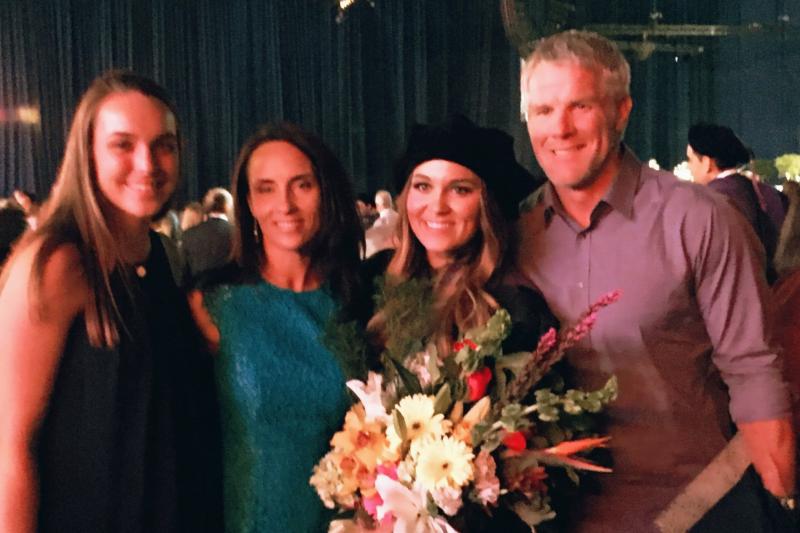 Brett Lorenzo Favre’s path to a life of football began as soon as he could toddle along the sidelines. He was from childhood subjected to gruelling workout regimens and had to abide by them because he had his father as his coach. Brett had an exceptionally long and productive career with the Green Bay Packers for whom he played from 1992 to 2007.

He spent the majority of his career with the Green Bay Packers and while he was with them was responsible for several team victories. It is of note to mention that Brett did not get to this height all by himself; he had a strong support system. This system starts from his parents, down to his siblings, his wife and his children. Read on to know more about all of these faith filled people. 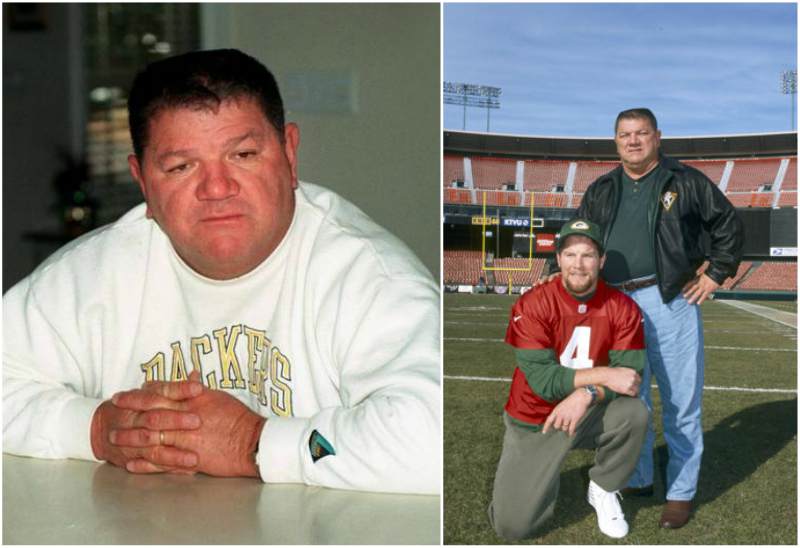 Irvin has always been a sports lover before he met his wife. As his kids were born, he advanced in his career as a coach. He became a physical education teacher and occasionally taught drivers’ training. With his busy schedule, Irvin and his wife never missed one of the 42 games their son was involved in as a kid. They gave Brett his first complete football uniform when he was three and shortly after that, a baseball uniform came in through.

Big Irv’s role in his son’s career cannot be overemphasized as he was the man who taught his son virtually all he knows today. Papa Favre taught at his son’s high school and was also the coach of the football team. Definitely Brett was a part of this team and his father did not make it any easy for him. In fact, Irv was stricter with his son than anyone else and set more tasking rules and demands for the younger Favre. 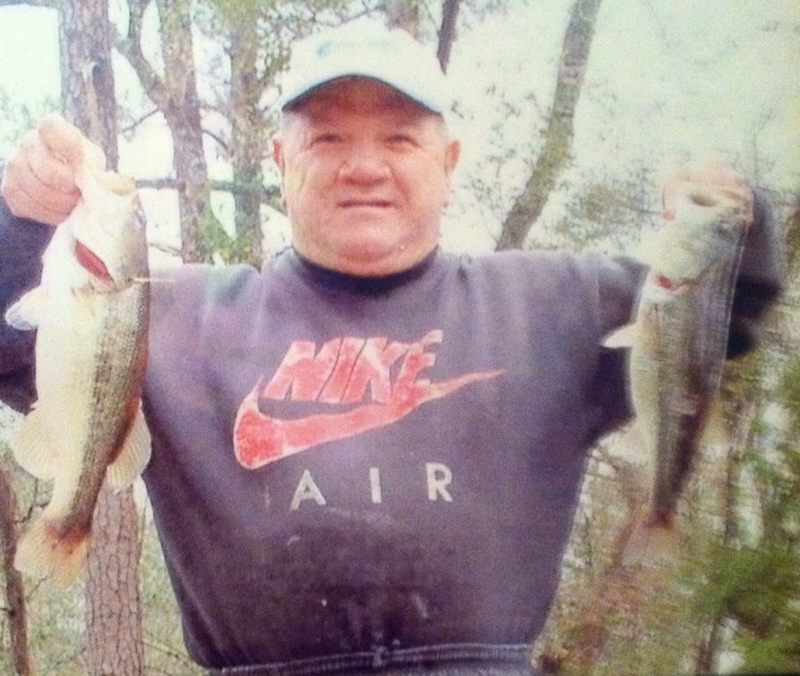 Lorenzo had to follow a strict workout regimen that ultimately gave him an edge over the other players. As his son grew, Irv followed closely his NFL’s career and found it hard to believe that the little boy of yesterday has grown to become a world star. In December 2003, Irvin suffered a heart attack while driving near his Mississippi home and this lead to his unexpected death. 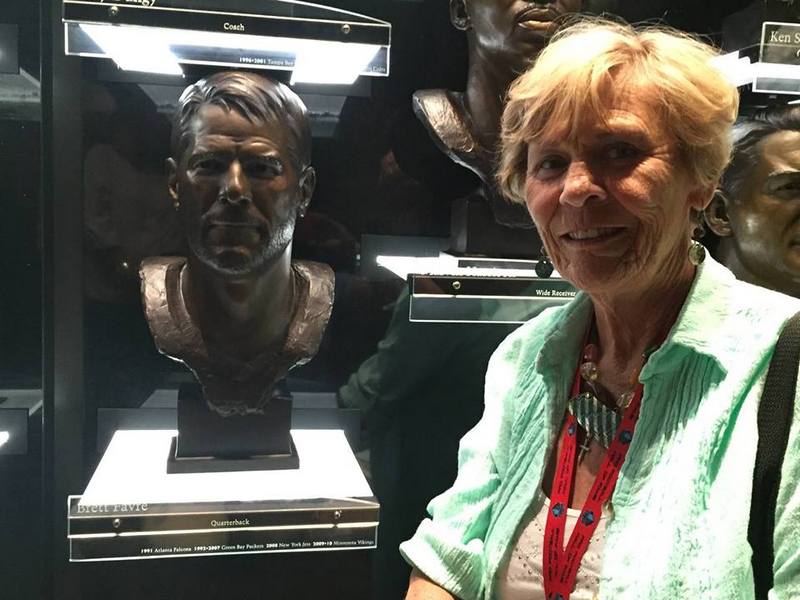 A mutual friend introduced Irvin to Bonita at a Beach party in her hometown. They soon realized that they had so much in common – they both liked sports. Irvin was a football and baseball player while Bonita played basketball. Sports became a huge part of their relationship as they always made it a point to attend games together. Sports mattered so much to them that it was at a baseball pitch that Irvin asked his wife to marry him.

Bonita together with her husband never missed any of Lorenzo’s game. Being the little second born, he did not understand why his parents were always at his events. They worked so hard already and he understood that but when he asked his mum this question, her answer changed everything. Bonita had a father who was not very present and he eventually missed is daughters high school graduation. She remembers how she felt and vowed that she would be present to support all her kids as often as she could so the Favre clan does not feel that kind of hurt.

Till date, Bonita is in support of her son’s career and even manages his finances. She also oversees his charity work devoted to helping the disadvantaged and disable children. 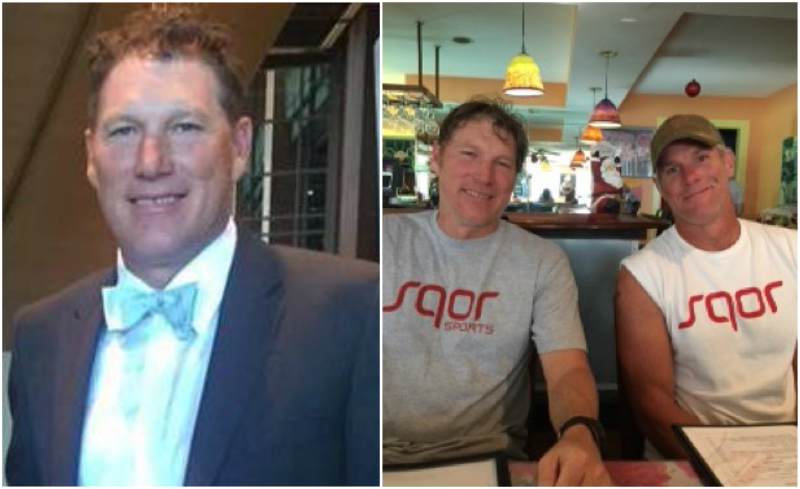 Being the first son to the Favre family, it was automatic for him to be a part of the sports world. His parents made it mandatory for them to be active athletes and while in high school, Scott was a better quarter back than Brett. In 1996, Scott was under house arrest for a year and in probation for two years for a drunk-driving crash that killed his best friend. His case was finally cleared and the first Favre son was declared clean. 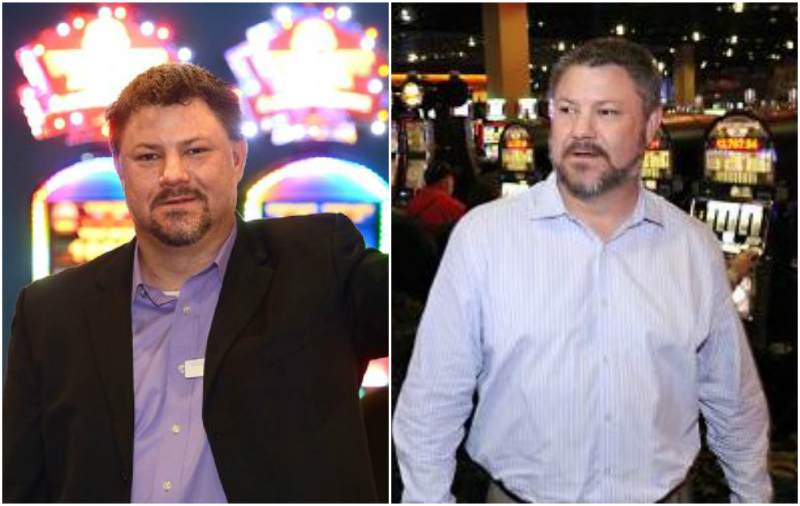 By the time Jeff was born, his brothers were already in the business of toddler football. As expected with a set of boys, they were always fighting and arguing but at the end of the day they find themselves back on the field the next day. Jeff being the youngest of the boys suffered a great deal of beating from his siblings but they loved him still. They remain close even now that they are grown up. 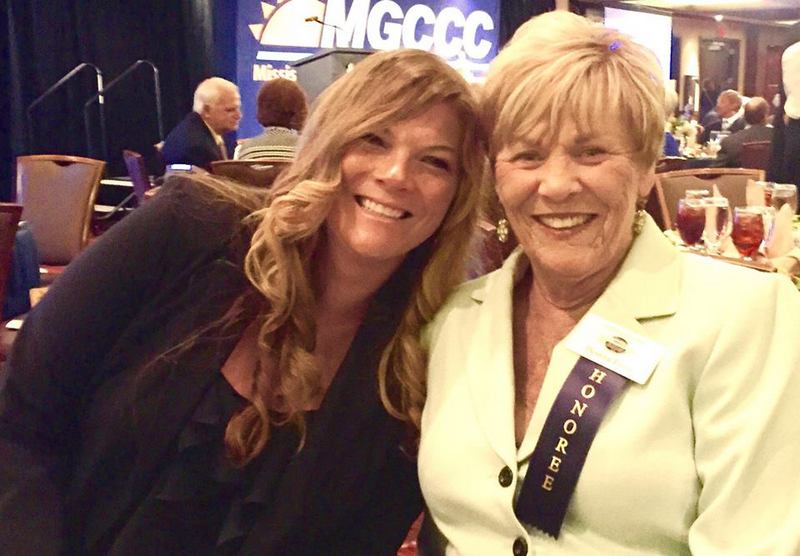 After having three boys, Brandi came into the Favre clan to round it off. She is the last born amongst the brothers and as the Favre boys were introduced to sports at a very early age, Brandi also became a female athlete. Brandi has also had her own share of addiction to methamphetamine. 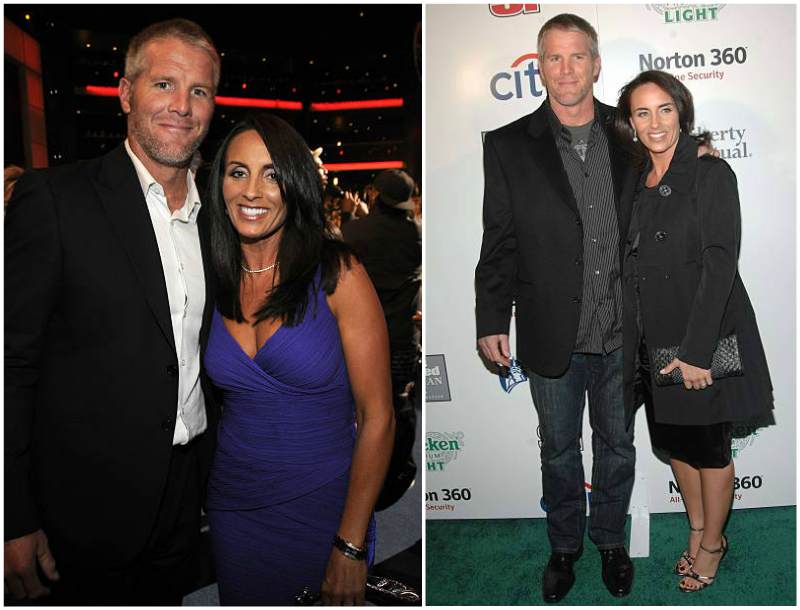 Duration of Marriage: July 1996 till present

Brett and Deanna grew up together, attended school together, became lovers while she was in her sophomore year and got married in 1996. They are both of the Christian faith and have bonded even more through the years. They had their first child in 1989; it was far from perfect as they struggled dearly to raise her up. Deanna raised her first daughter singlehandedly for six years as Favre was not in good shape to be an active father; he was still hooked on drugs.

She had no insurance, nothing in her name yet she had to take care of herself and her daughter all by herself. Deanna had to take on odd jobs and stretch herself out so much so her little over-20-year-old self and her kid could survive. This was because Deanna could not see the prospects of getting married to the Vicodin and alcohol addicted Favre. 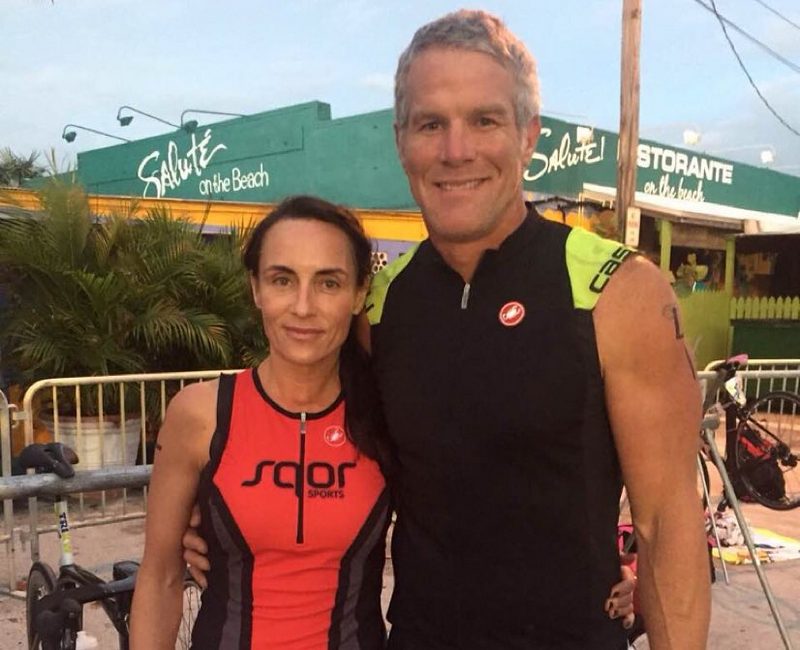 They eventually got married in 1996 after Brett returned from a rehab period.  Favre was allegedly involved in an infidelity scandal; Deanna lost her brother and had another round of fight with breast cancer in 2004. Quite a number of hard times but the tough experiences they faced made them stronger and more resolute not to give up. After winning the battle with cancer, Deanna founded an organisation committed to helping cancer patients through education, awareness and financial support. 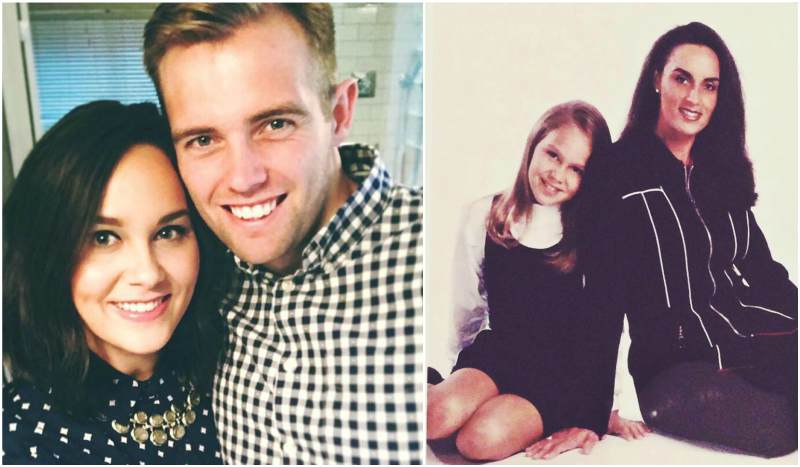 Brittany is the first daughter to the Hall of fame quarterback. In 2010, Brett became the first active NFL player to become a grandfather and this defined the beginning of a new phase for him. Everyone appreciates the fact that Brittany is the daughter to Favre but she is very much respected for her strength and tenacity. She graduated from law school while raising two kids! This is considered a stunning achievement on its own.

She managed to survive the pressure of being a daughter to a superstar and evolved into a brilliant and independent woman. Her first son Parker Brett was born in 2010 and later, her second son A.J. came along, all from her husband Patrick Valkenburg. 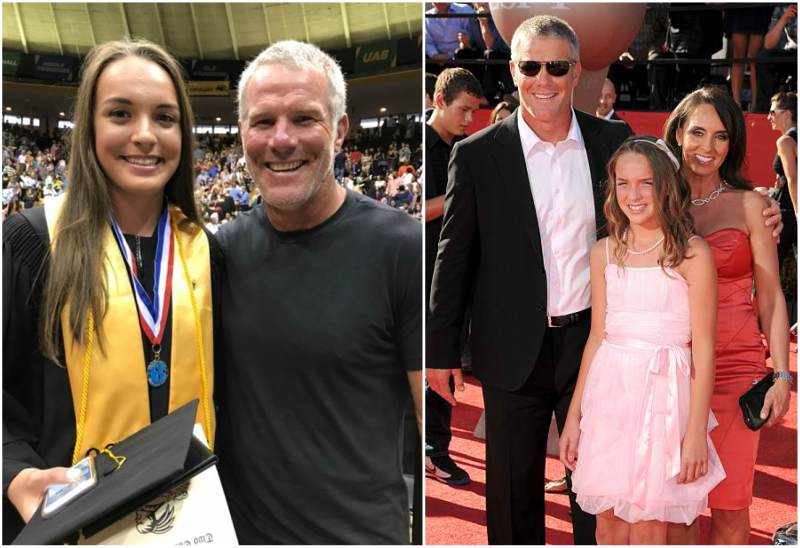 Breleigh is the youngest Favre daughter and she is a successful volleyball star in Mississippi.

Whose Line Is It Anyway? Star Colin Mochrie and his small family
Handsome MMA Sensation Conor McGregor and the lovely McGregors