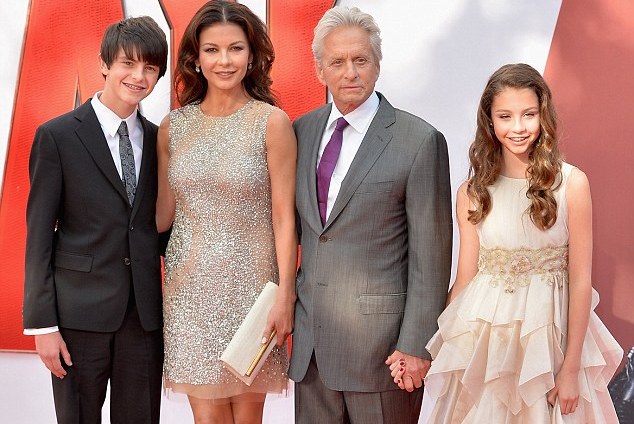 Many regard Catherine Zeta-Jones and Michael Douglas as one of the most inspiring couples in Hollywood. There are several divorces and separations daily in Hollywood as we know. For this reason, when you see long lasting movie stars, one should give them big credit.  The adorable couple is proof that two people can grow together in a marriage and still be celebrities. On the secret of their marriage, Catherine Zeta-Jones has said “people are so quick to throw in the towel”. 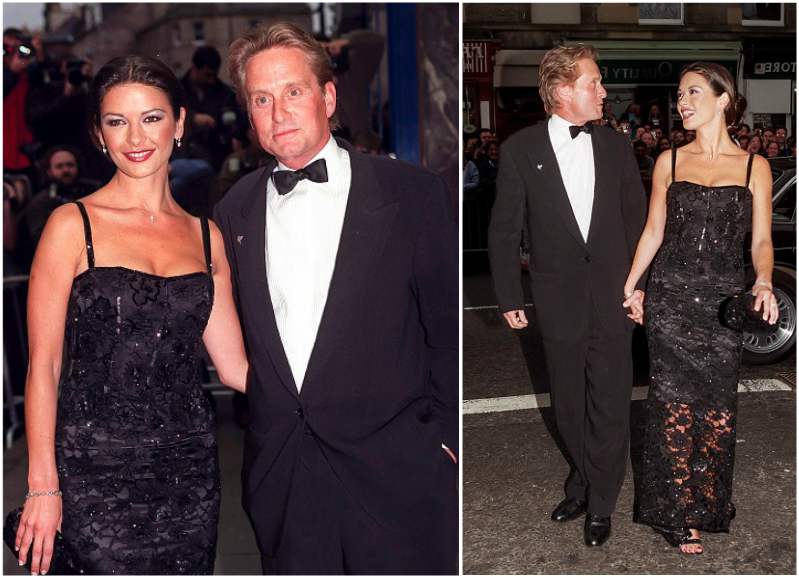 The relationship between Michael Douglas and Catherine Zeta-Jones started in 1999. Welsh Actress Catherine was introduced to Michael by Danny DeVito at a Film festival in France, August 1998. Michael Kirk Douglas is one of those big veteran actors and producers that we know of today. He is known for his roles in blockbusters and his outstanding contribution to the world of entertainment.

When Douglas met Zeta-Jones, he said “I want to father your children”. This was definitely one hot pick up line coming from a man 25 years older than Jones. On November 18, 2000, the duo got married and their high-profile wedding was a big deal. BBC even tagged it the “wedding of the year 2000”.

From this marriage, Catherine became a mother to two kids and to another son who was born to Michael in a previous relationship. 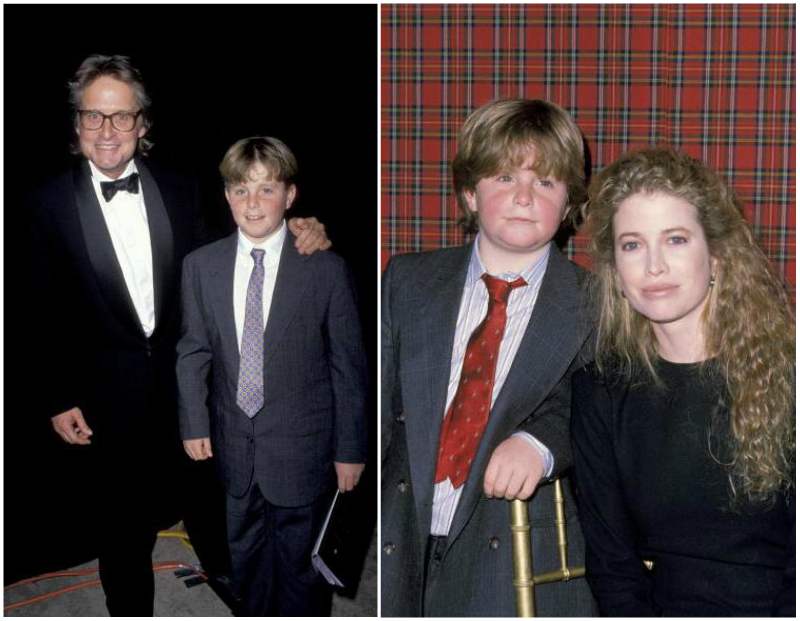 They say no one is perfect on earth; we only just strive to perfection. I think this same saying goes with families; there is always a place that itches. Michael’s eldest son Cameron has had his own bout of justice. In 2009, he was arrested for possessing heroin and for selling drugs; this led to his 5 year prison sentence. Dylan had an extended 2 years in confinement for close monitoring.

It was a really tough time for the Douglas’s because two tragedies happened around the same time. Michael discovered he had tongue cancer and his son was being taken away too. Definitely Kirk Douglas was disappointed in his son at first but after a while the disapproval shifted to the system as he felt there were other helpful ways to handle drug addicts. 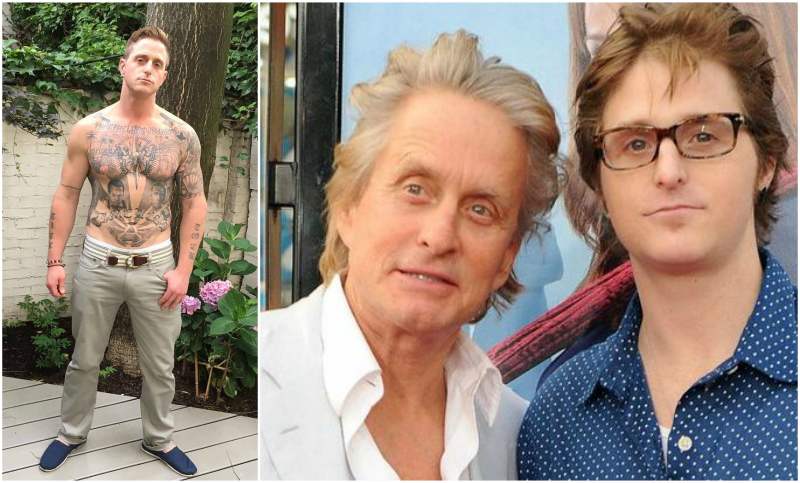 Now he’s out of prison and intends to take another start at life.  Dylan actually plans to write a book that’ll tell about all his time behind bars. He is an actor and has appeared in about four films. 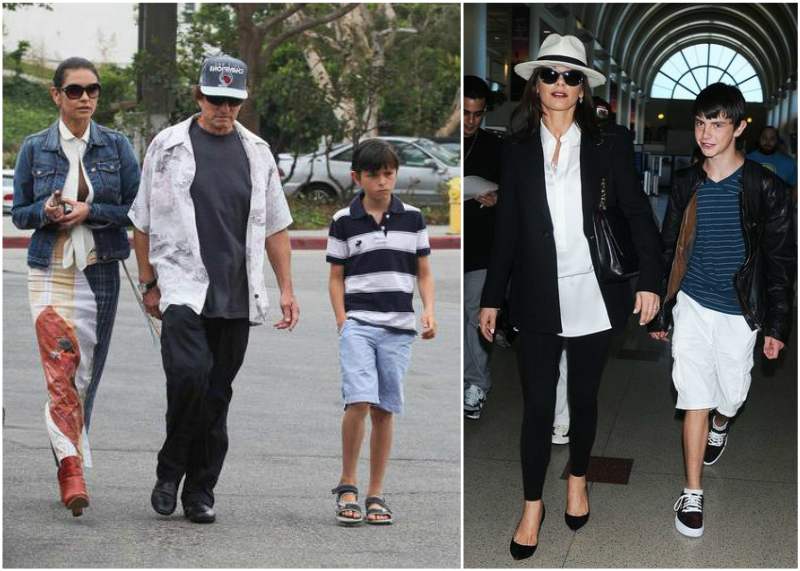 He is the first part of this picture-perfect brood. Dylan was born 3 months before his parents got married. Catherine’s first child is a child with special needs. He was once a pupil at Windward, a school for kids with Dyslexia in New York. Dylan inherited this condition from his father’s line as his paternal uncle has it too. The Douglas family could not have been more supportive as they relocated to New York from Bermuda so their son Dylan could be closer to therapy. Therapy has proven helpful because the handsome Douglas has gotten better since their move to New York. He even gave a speech at a fundraiser event they once had in the Windward school. 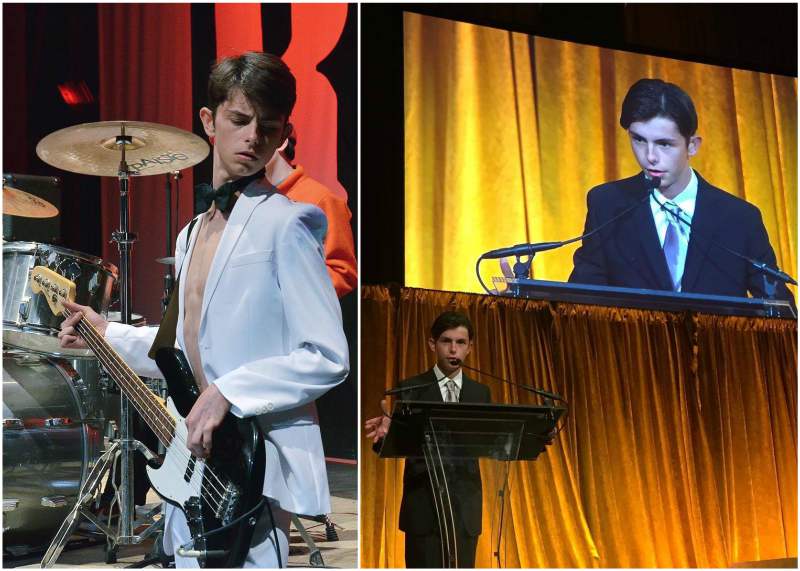 Dylan adores The Rolling Stones! He also plans to follow in Michael and Catherine’s footsteps in show business. Let’s look forward to his debut role… 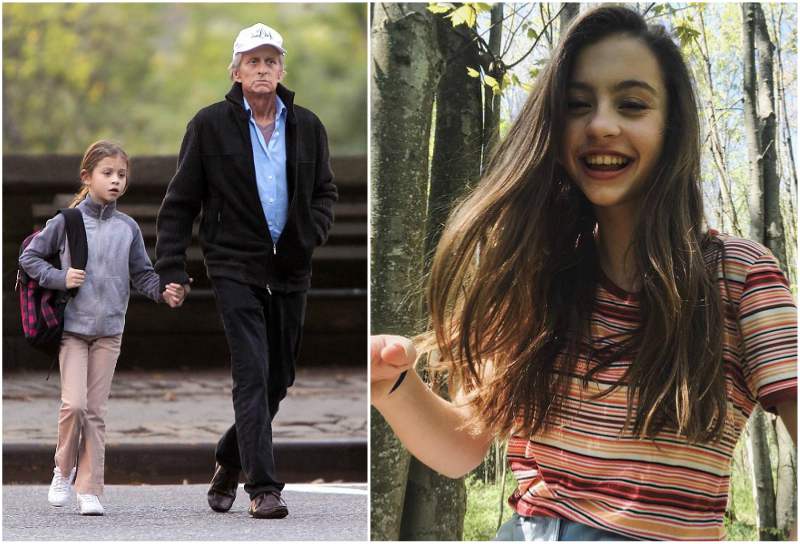 It is often said that the apple does not fall far from the tree. This is true with the beautiful 13-year old Carys Zeta; she has completely taken after her mother Catherine. She has taken the lead in style and has some pretty resemblance with her doppelganger mum.

Her 13th birthday was celebrated in style as she was surrounded by friends and had maximum fun. Looks like Carys also wants to be an actress, apparently show business for them is good business. 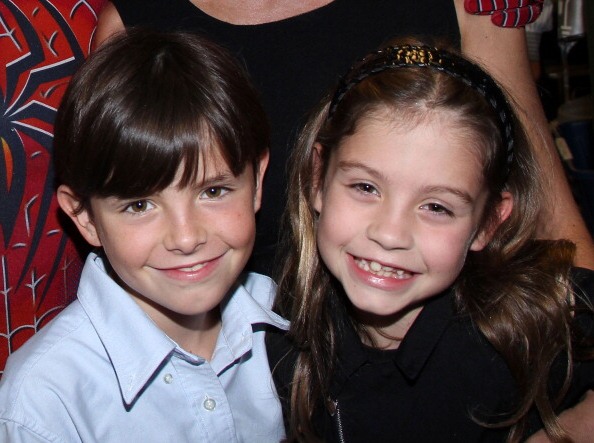 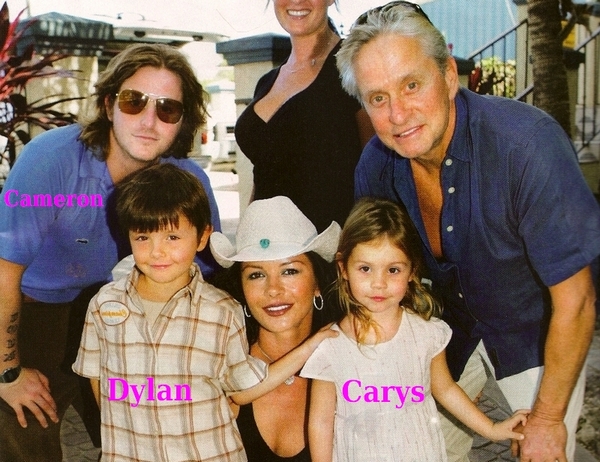