Fifty Shades of Love: Dakota Johnson and her family 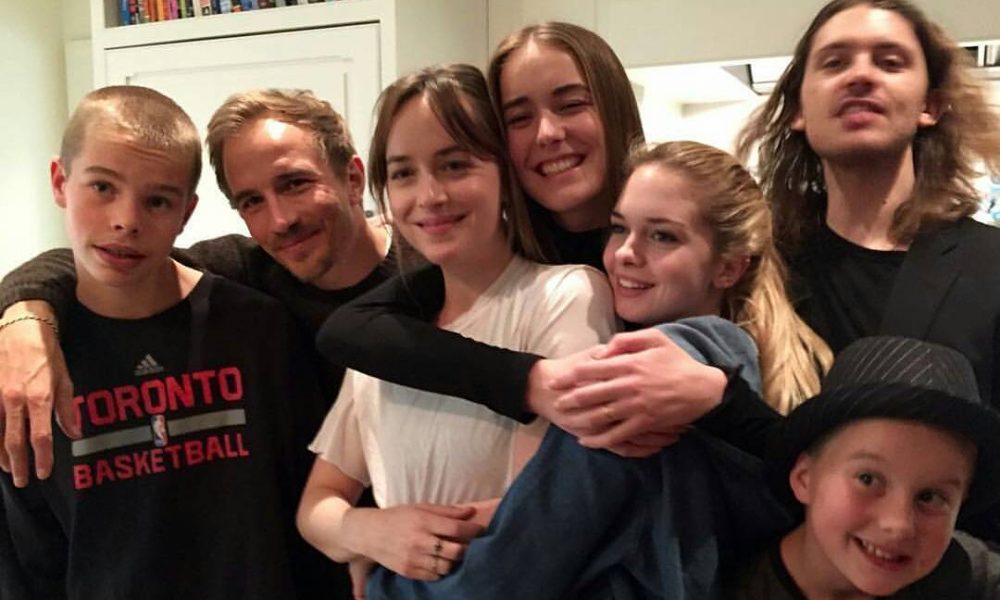 Fifty Shades of Love: Dakota Johnson and her family

What comes to mind once you see the name “Dakota Johnson”? For many, it is the image of her “sultry” self in Fifty Shades of Grey (2015). It is rare that actors receive international recognition on their first work so Dakota’s case is not far from the usual. She has been acting since the late nineties when she made her debut onscreen role in Crazy in Alabama (1999).

Johnson would forever be glad she casted as Anastasia Steele in Fifty Shades of Grey, if not for her role in the romantic drama, she might still be struggling through the shadows now. When she is not acting or modelling, Dakota Mayi Johnson is both a daughter and a sister. 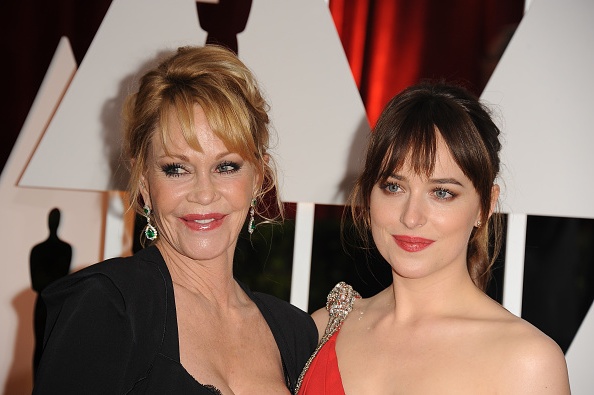 Dakota was born almost immediately after her parents reconciled and gave marriage another shot. Melanie first got married to Donnie (whom she started dating at 14) for six short months. Romance came calling and she found herself with several guys until Steven Bauer whom she married and divorced seven years later. 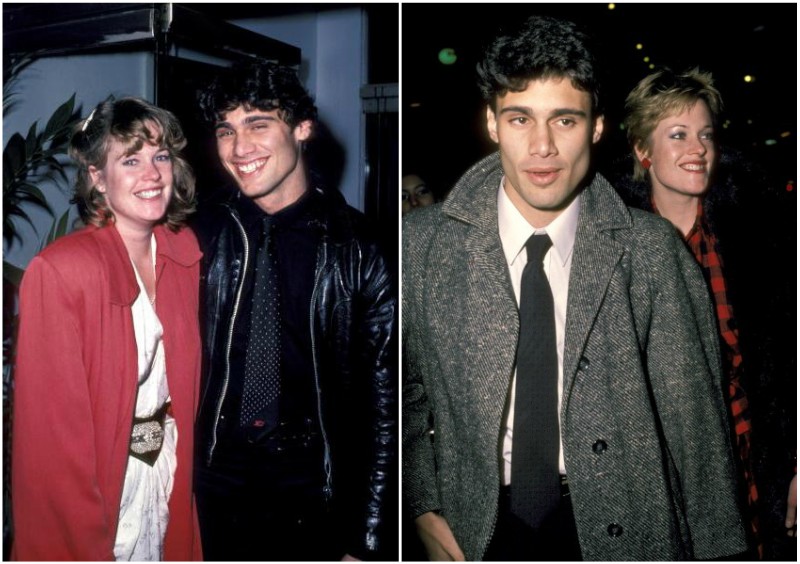 After her split with Bauer, Don and Melanie got back together in 1989 and had Dakota Mayi October 4 of the same year. The Johnson-Griffith union was barely seven years before another split, seems like seven is not her lucky number. 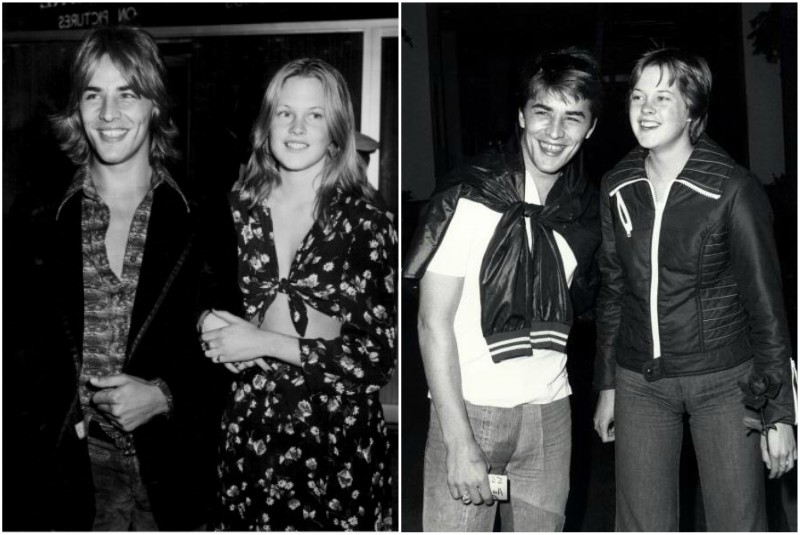 Melanie Griffith was lonely, bored, confused and heartbroken after her 18 years marriage to Spanish star Antonio Banderas came to an end in 2014. While she was with Banderas, their union was on the lips of every media personality as they were tagged one of “Hollywood’s enduring power couple”. Eighteen years is definitely something to talk about seeing that it was the most long lasting relationship she had. 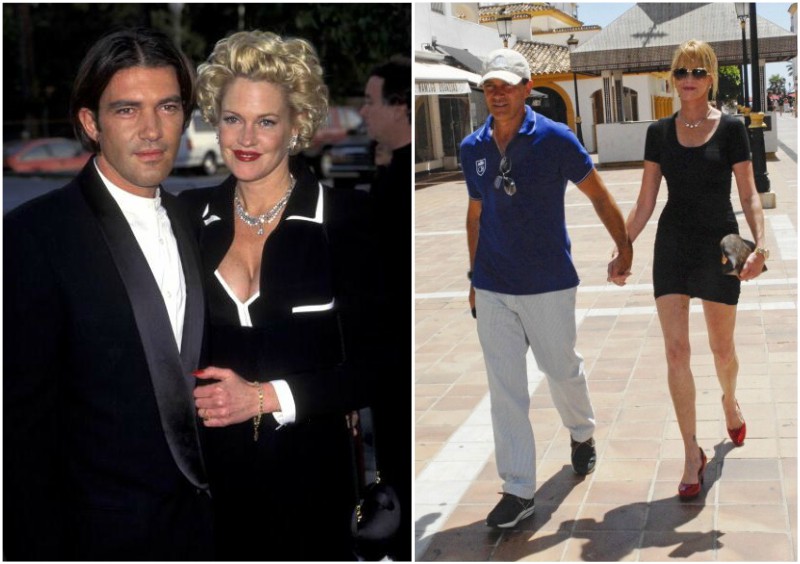 Melanie being an actress knows how things work in the industry and is ever supportive of her daughter Dakota. One thing that stands out with this veteran actress is that though she is social media savvy, her way of life is still like a modest oldie. 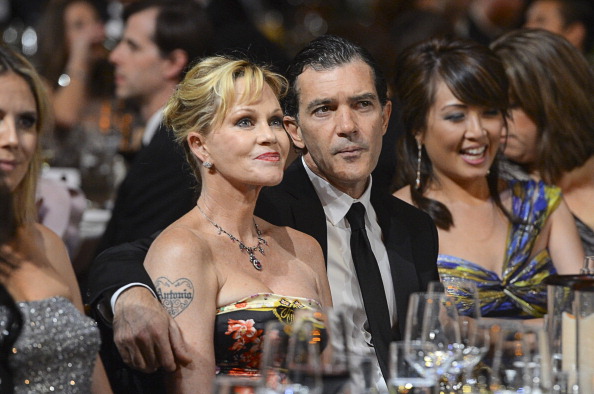 For obvious reasons, Griffith cannot bring herself to watch the movie that raised her daughter to prominence. Would you watch such if you had an actress for a daughter? It’s weird enough watching your kid in such private moment talk less of seeing them doing it in the most awkward ways. 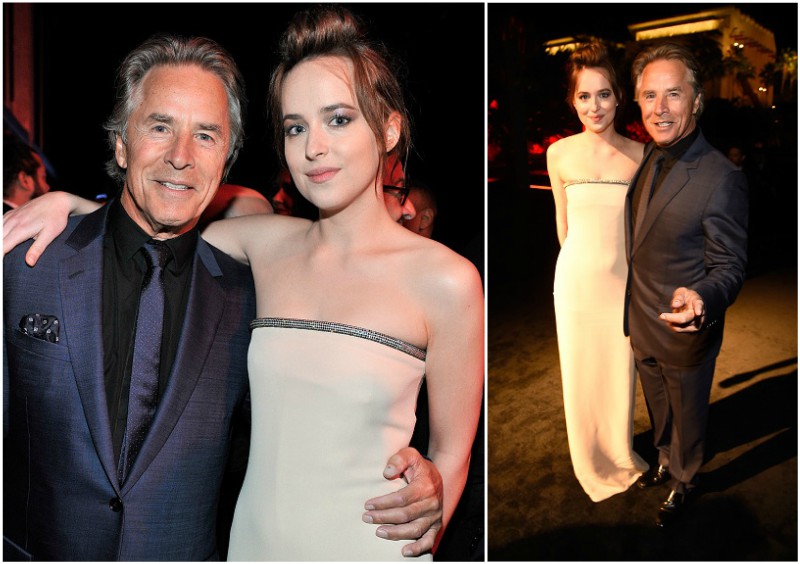 Dakota’s Father is an actor best known for playing James “Sonny” Crockett in the TV series Miami Vice (1980s). Johnson is quite a talented producer and actor whose skills have brought him a star on the Hollywood Walk of Fame. Other than movies, Johnson is involved with singing and song writing. 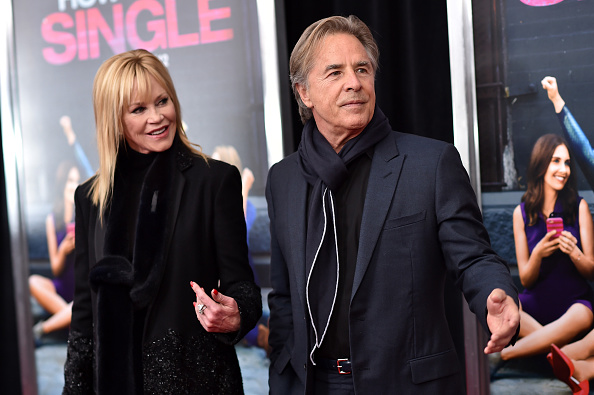 Early 1972, Don Johnson first met Melanie Griffith who was at the time the 14-year old child of his “Harrad Experiment” co-star Tippi Hedren. In no time, the two started living together. Melanie was out rightly over excited to be the adolescent in love with a 22 year old. On her 18th birthday, she became engaged to Johnson whom she married in January 1976. 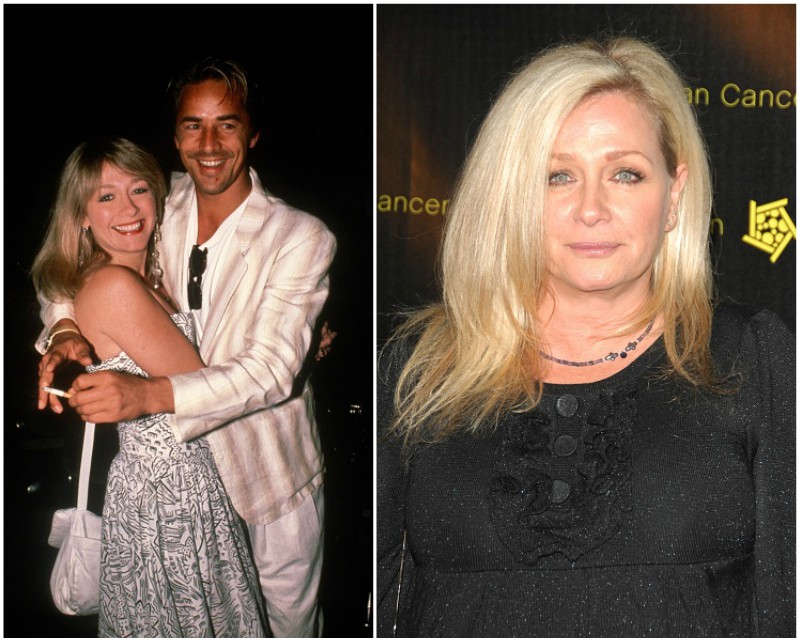 Marriage they say changes everything; this was especially true for the young lovers who split within six months. After Griffith, Don was with Sally Adams then Patti D’Arbanville. The love between Donnie and Melanie brought them back together after they both had been with other people but they eventually divorced the second and last time. 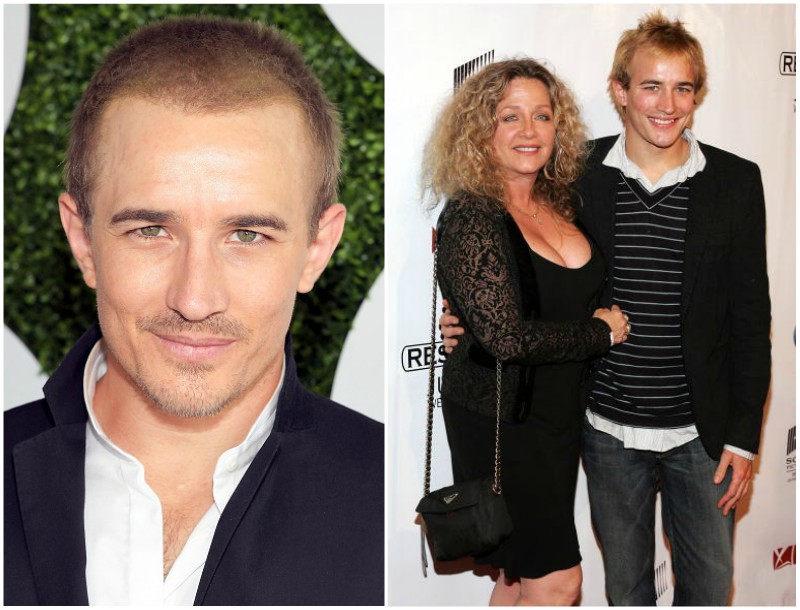 Before Redline (2007), Dakota Johnson’s paternal brother Jesse had made his first onscreen appearance in Nash Bridges (2001) then Word of Honor (2003). After 2003, Jesse appeared in several other movies but his statement was not really made until he played the role of President Abraham Lincoln’s assassin in Killing Lincoln (2013). 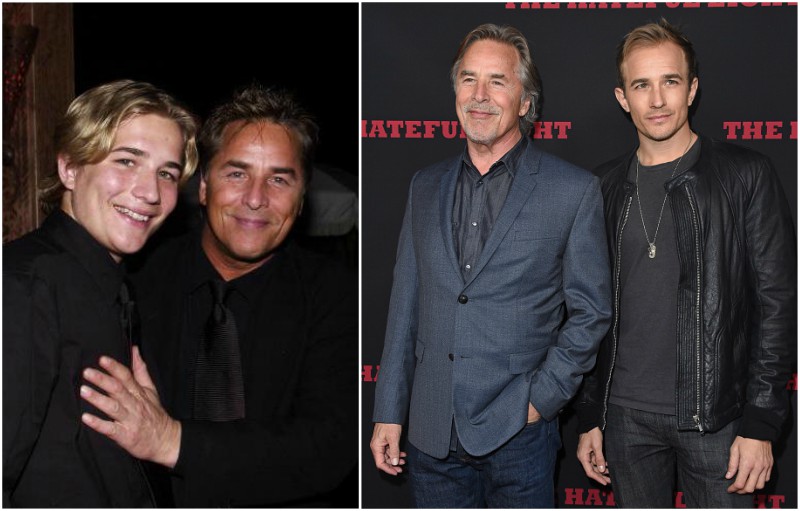 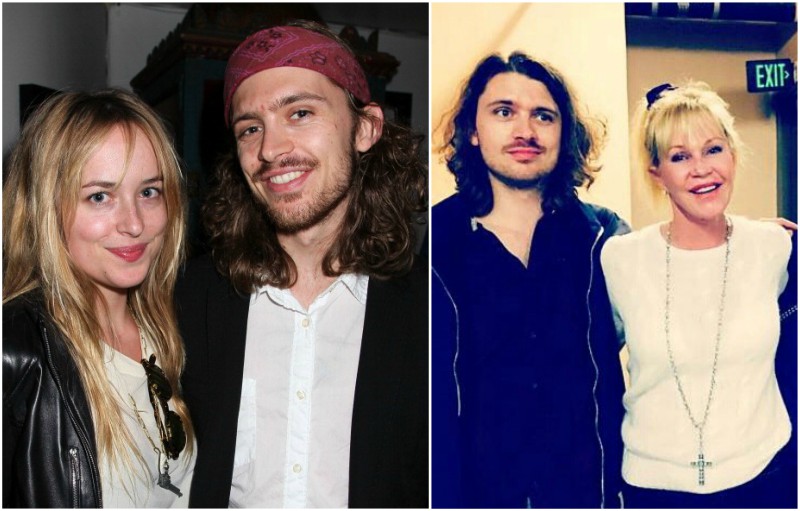 All we know about Bauer is that he has long hair. He is Melanie Griffith’s first male child; she had him while married to Cuban American Steven Bauer. Griffith divorced Steven in 1987. 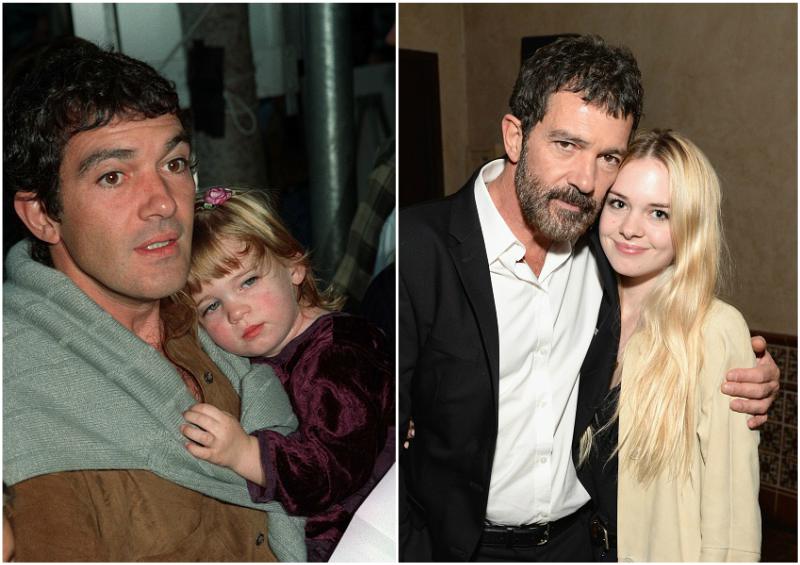 Dakota’s debut role was with her sister Stella in the 1999 movie Crazy in Alabama. Both sisters were to star as on-screen daughters to their mom Melanie Griffith. 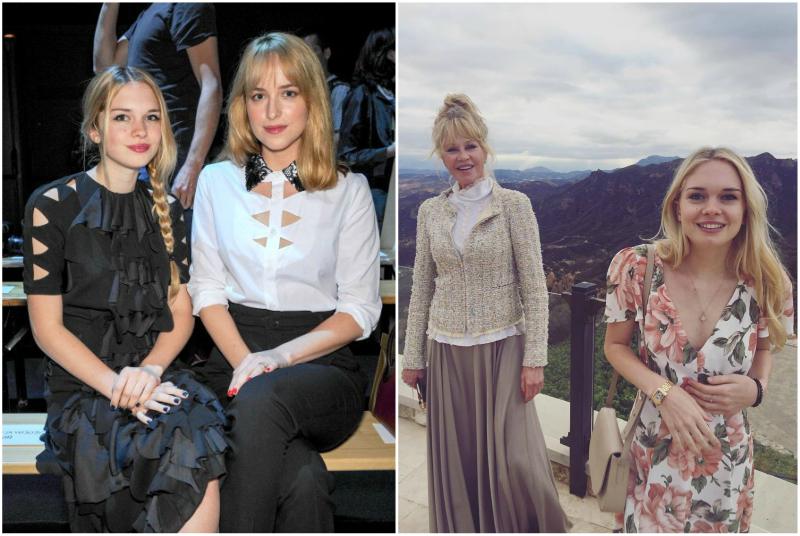 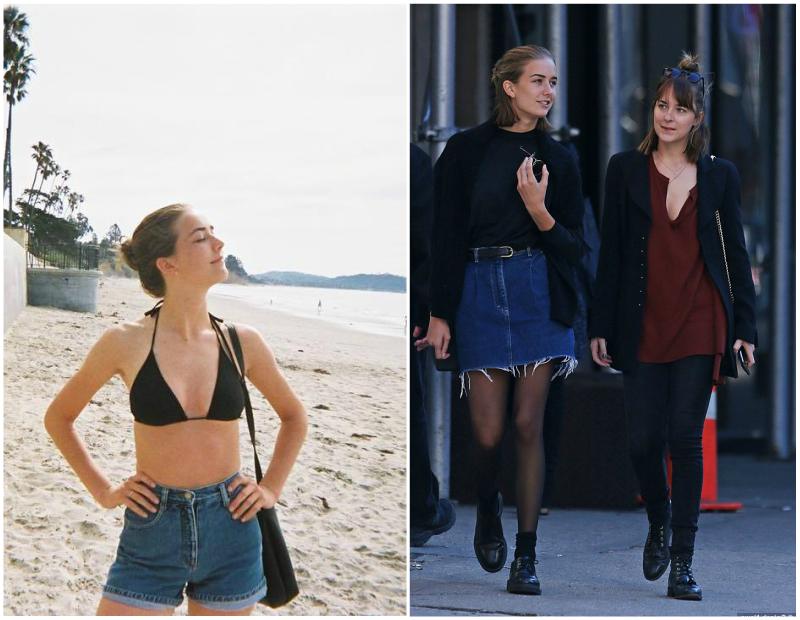 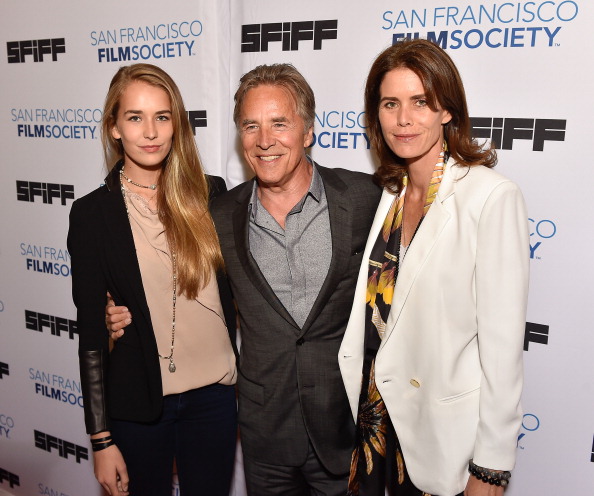 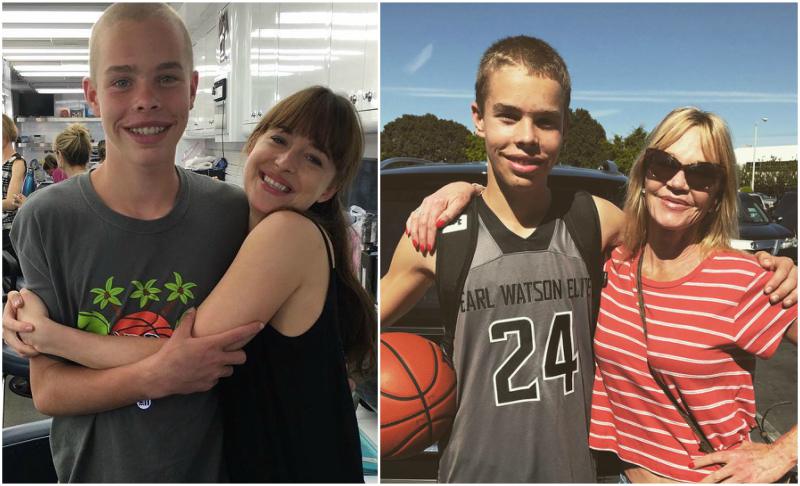 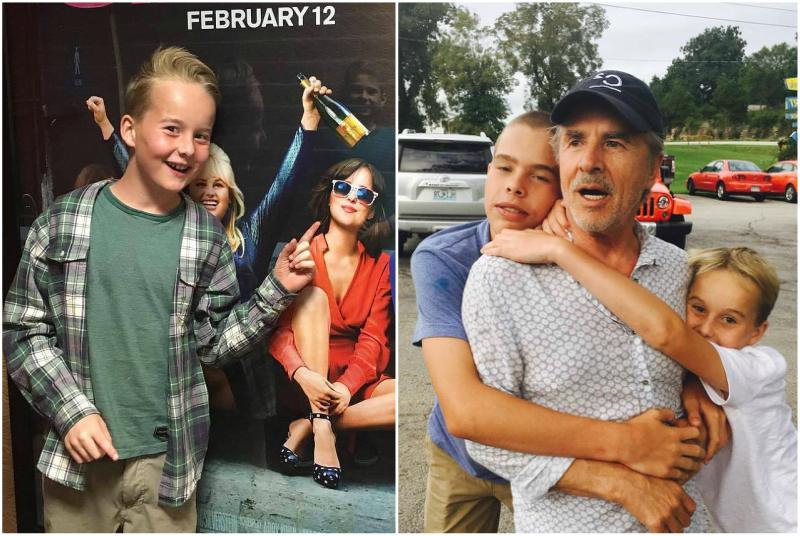 This means the How to be Single (2016) star has three other “siblings” from her father’s marriage to Phleger. 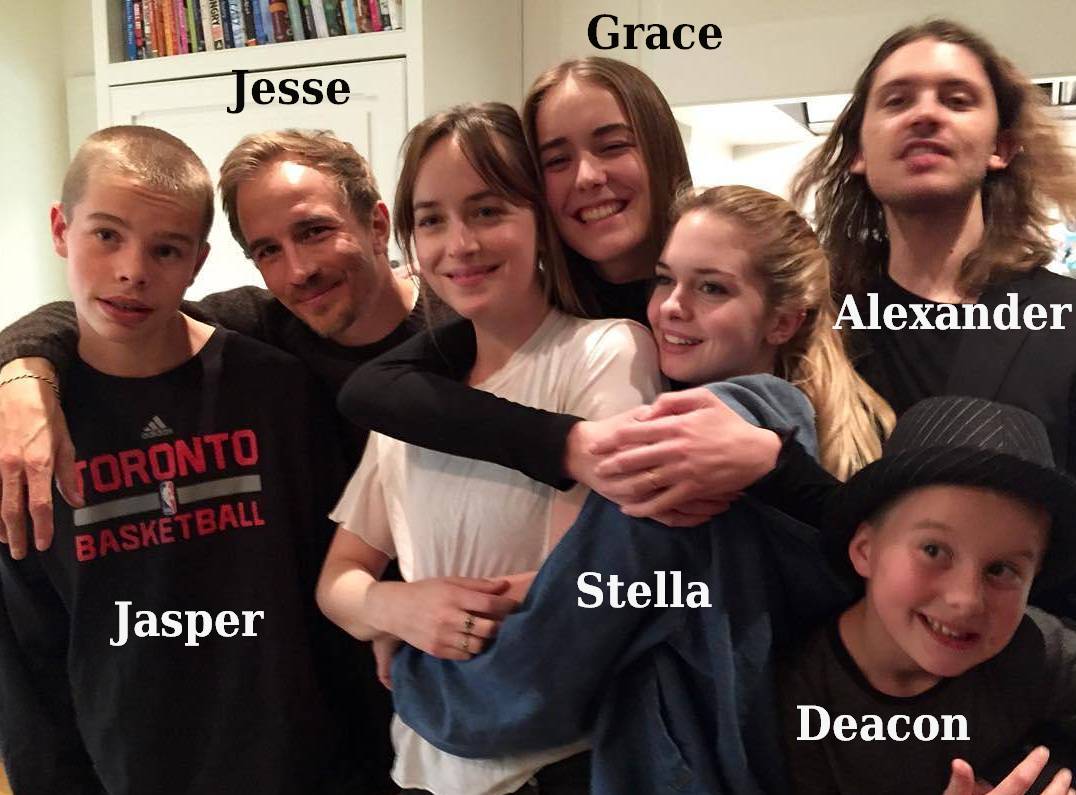