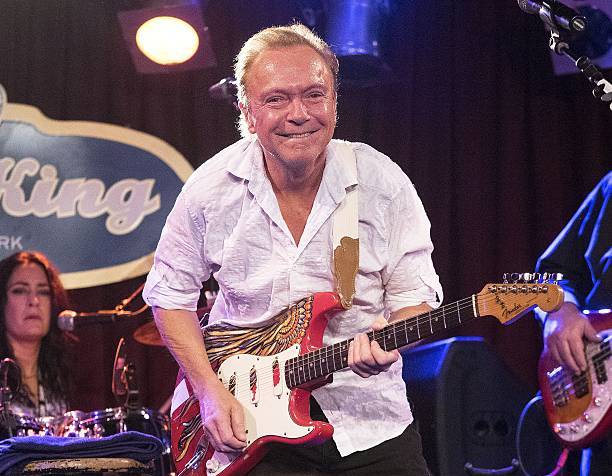 David Bruce Cassidy is a singer and actor that who mostly known for his role in the 1970s musical series The Partridge Family (1970 – 1974). The show was not just popular on television but they scored radio hits with some of their songs. The fictional family made Cassidy one of the biggest teen idols in real life and his career continued gracefully even after the show ended. At some point in his career, he struggled with alcohol and substance abuse which had the better part of him until his family came to his rescue.

In February 2017, the music star announced that he was diagnosed with dementia, a condition that runs in his maternal family. Initially, he was in denial but finally accepted the truth and announced his retirement from touring as a musician until he sadly passed on from multiple-organ failures in November 2017. His only hope for survival would have been liver transplant but this suggestion was quickly ruled out as the ailing David was too weak to withstand surgery. His family eventually decided to take him off life support and the world lost a famous performer. Read on as we take you though the personal life of this former teen idol. 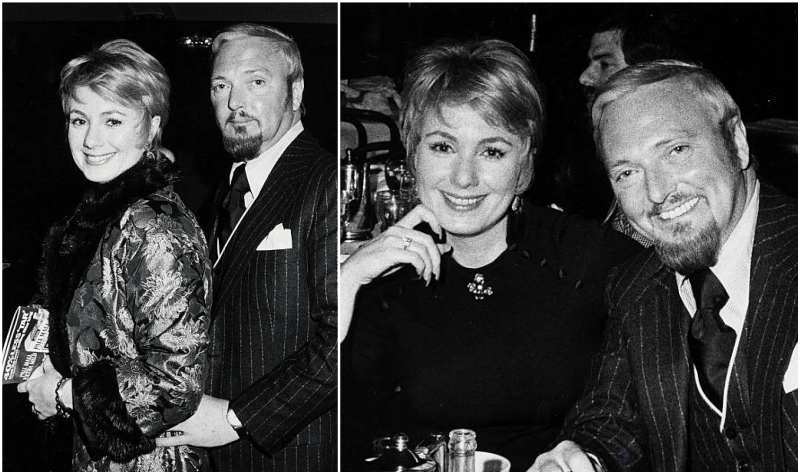 Cassidy achieved success as an actor in theatre, cinema and television. He was also a talented musical performer on Broadway and won an award for his role in She Loves Me. He married Evelyn Ward on June 28, 1948 and within two years; they had their first son Jack. Eight years after they tied the knot, their union ended in a divorce and remarried fellow actress Shirley Jones on August 5, 1956. Jack suffered from bipolar disorder and alcoholism. Towards the end of his life, the irrefutably creative actor became increasingly erratic and ultimately died in a fire when he fell asleep with a lit cigarette. 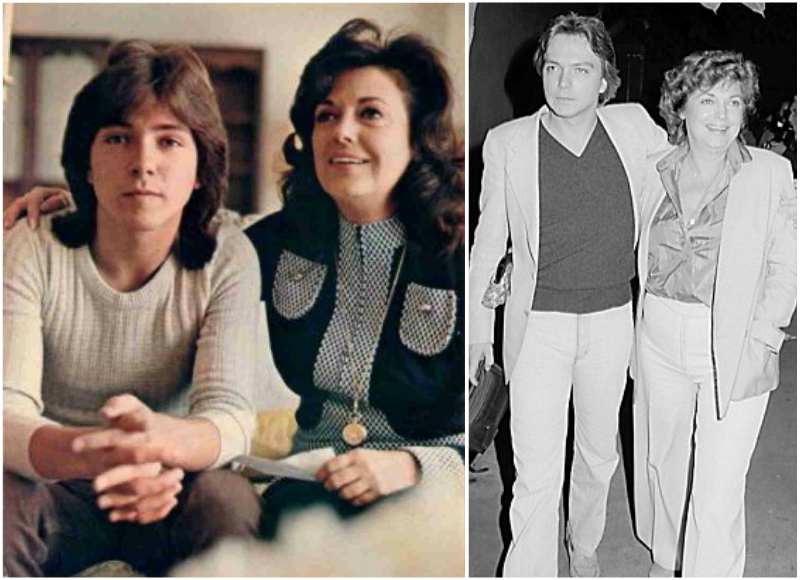 She was a singer and actress, known for A Public Affair (1962) and The Big Brain (1963). Ward met Cassidy on the set of a 1945 Broadway spring musical and they fell in love in no time. Evelyn was Jack’s first wife till their 1956 divorce; she had a brief second marriage to Norman Z. McLeod and in 1962, married movie director Elliott Silverstein. After Cassidy left, she became solely responsible for raising her son David and she did her best to provide for him according to the late star, his mother did over 20 Broadway shows and was just a lovely talented human.

The glamorous, black-haired Ward had dementia and her father also suffered from this illness so according to David, he saw it coming to him also. The former teen idol explained how he didn’t pay much attention to his mother’s early signs of the Alzheimers-related dementia, the fact that she lived in a different state made it more difficult for her son to see how close up she was suffering.

It was after Ward’s husband died that one of her friends called to inform David on his mother’s deteriorating health. He immediately became her long-distance caregiver but it was almost too late. For over seven years, she remained full-time in a nursing home. By the time she died, Evelyn couldn’t walk or speak and lost the ability to recognize her son. 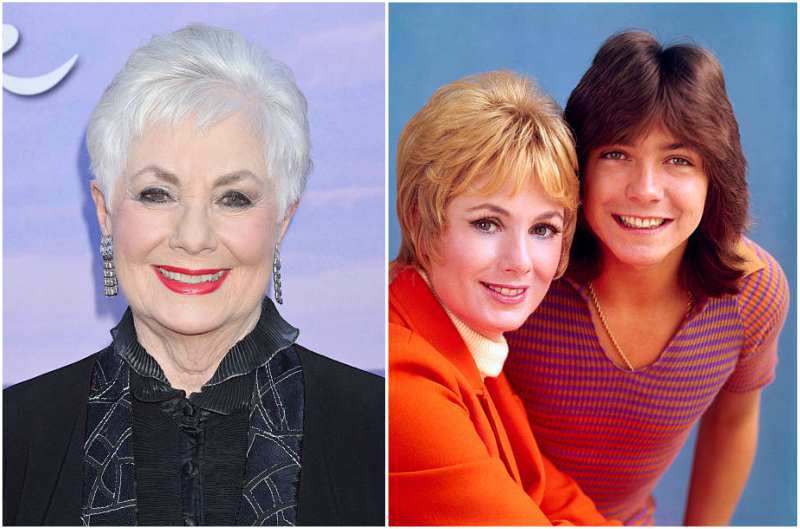 The famed Oklahoma actress officially came into the Cassidy family in 1956 when she tied the knot with Jack. In The Partridge Family (1970 – 1974), Jones played the onscreen mother to the late pop star even though she is in real life his step-mom. After her 1974 divorce from Cassidy, Shirley married comic actor Marty Ingels in 1977. 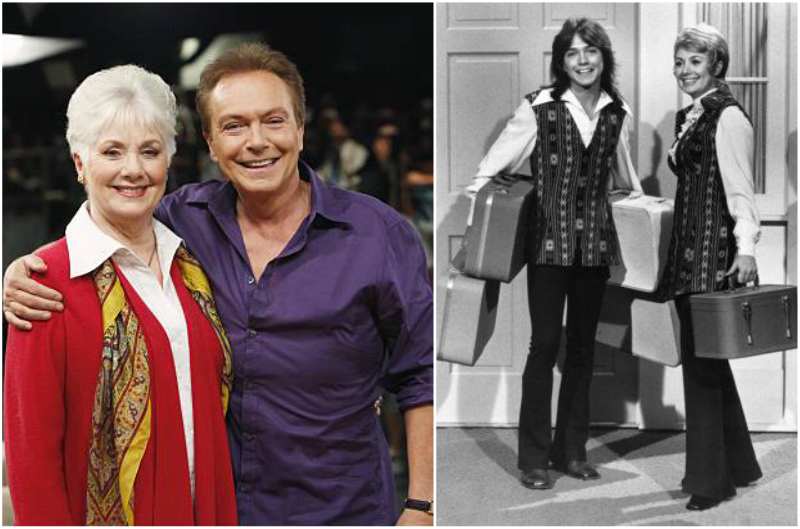 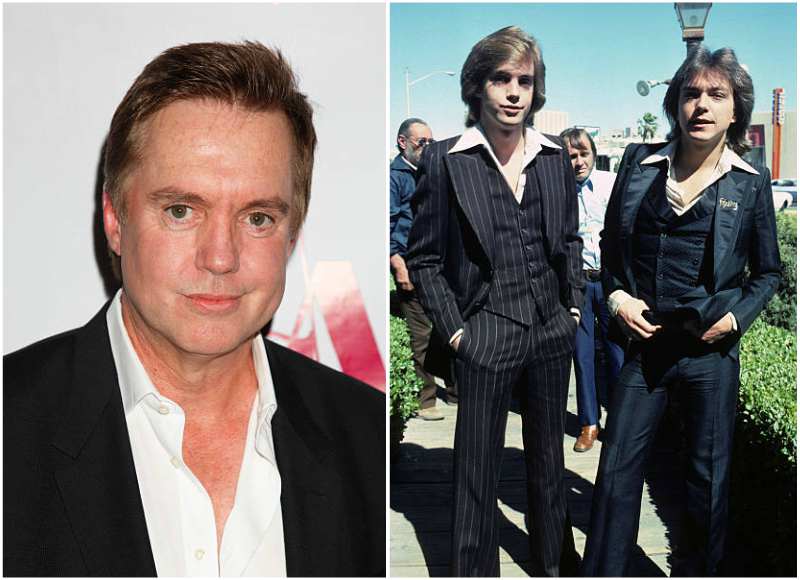 Shaun is the first child Jack had with his second wife Shirley Jones. He now works as a program developer for the USA Network and also behind the scenes as a filmmaker. He was a fellow teen idol along with his late brother and both siblings shared an amazing bond until his death. Shaun is also a singer and is majorly in the pop rock genre but just wasn’t as successful in music as his eldest brother. 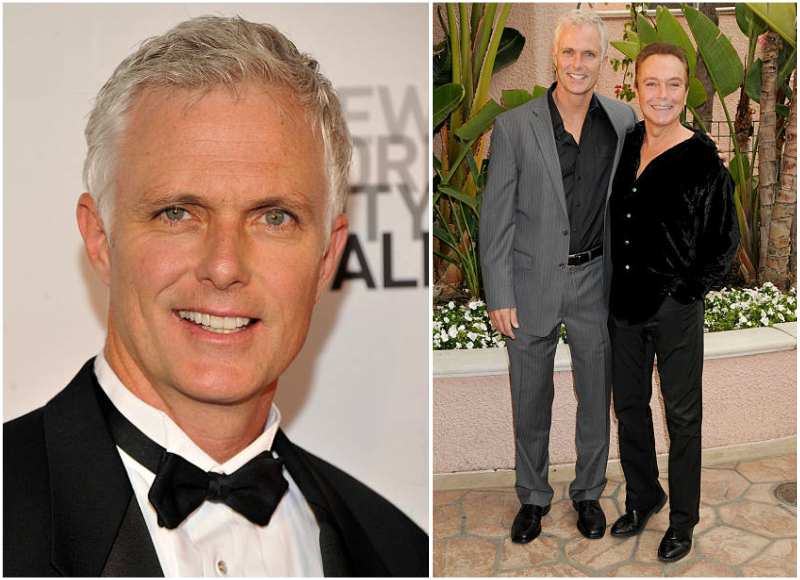 Patrick is an actor and has also been a popular face in musical theatre and television. He is the father of two sons, Cole Patrick and Jack Gordon with Melissa Hurley whom he married on February 12, 1994. 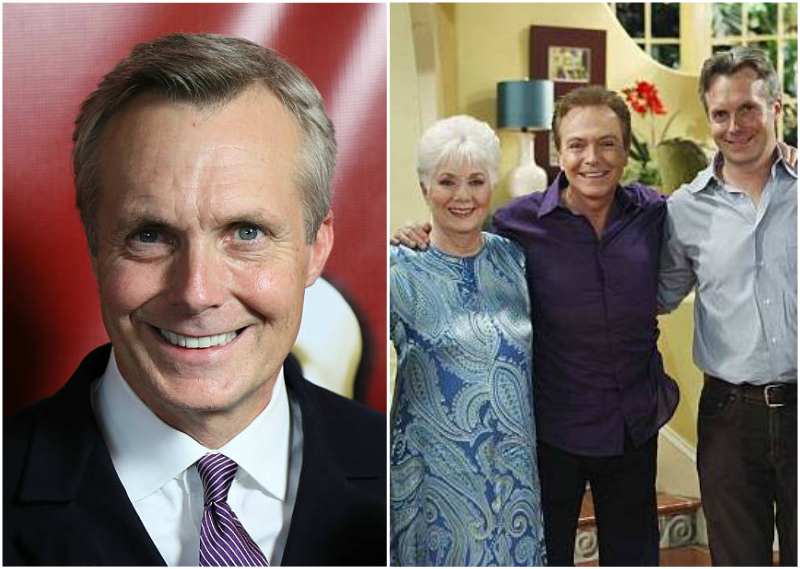 Ryan is Shirley’s youngest son. He was in law enforcement for a while before switching over to the movie industry. He now works as a set design director for programming. 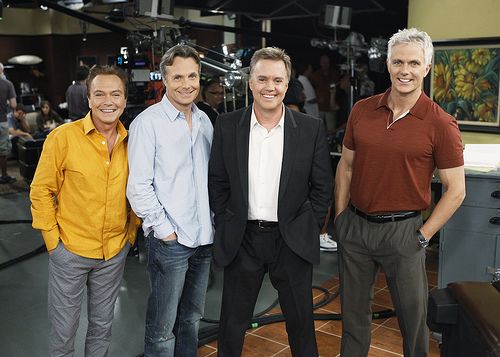 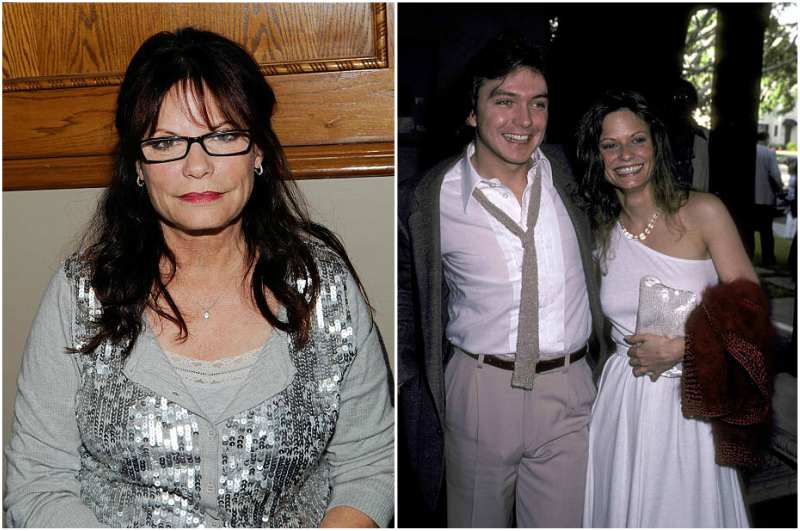 Kay came from a showbiz family with a producer father and her mother, a model/radio engineer.  She is an actress and former child performer. Lenz was the first wife to Cassidy but they had no child together. 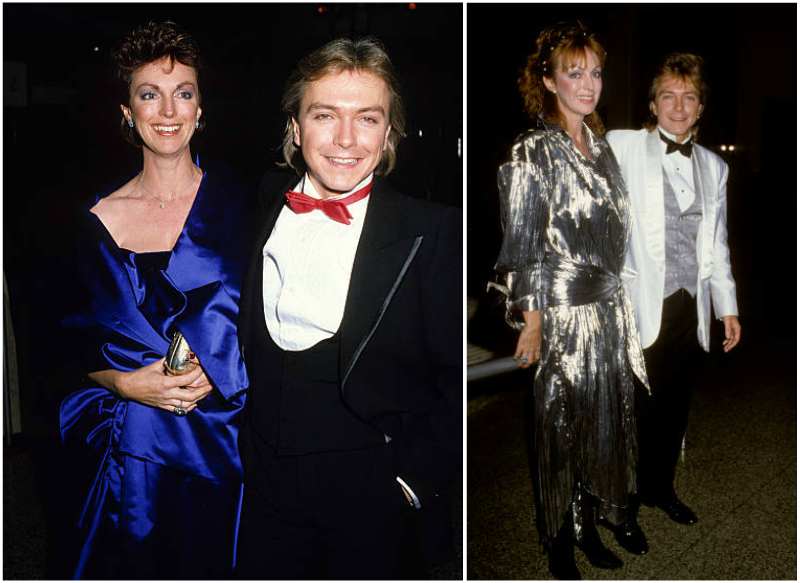 South-African born Tanz was the second wife to the Could It Be Forever crooner. They were partners in a horse-breeding and racing business and their love took on from there. 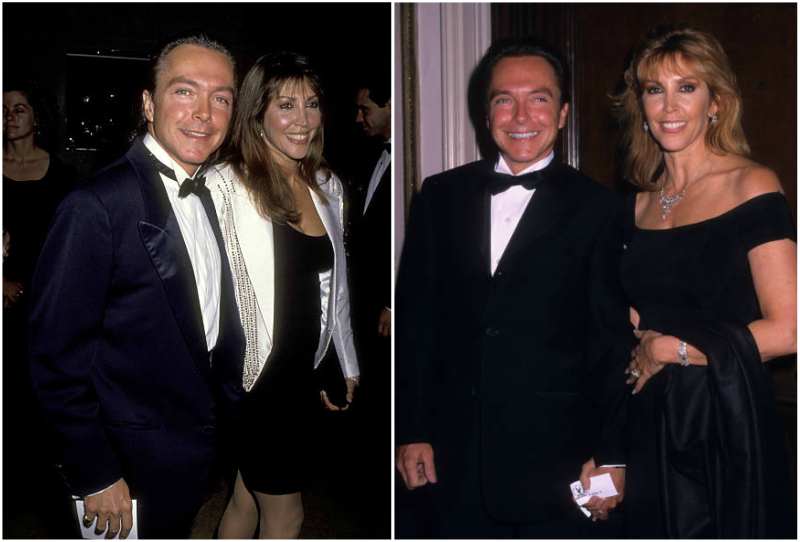 Sue was also a singer and it was always magical to watch her perform with her ex-husband. Both lovers were the perfect couple for years until she filed a divorce after Cassidy’s third impaired driving arrest in 2014. Shifrin was the only wife of David who had a child for him. 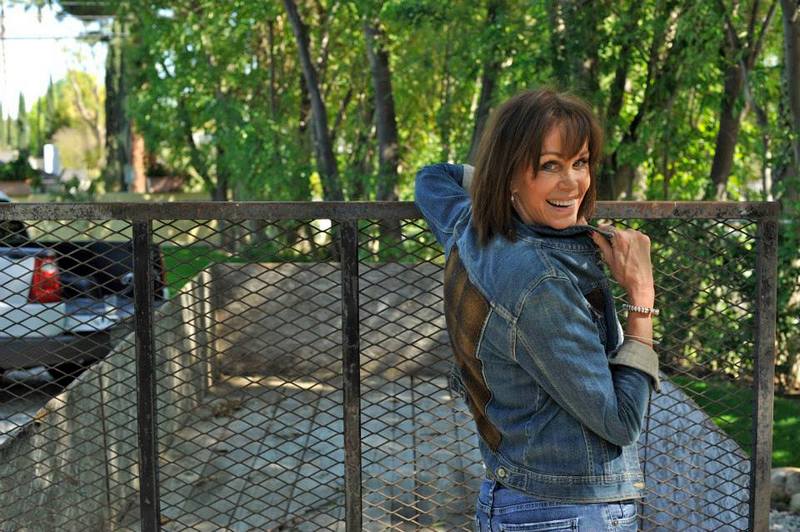 Sherry was a high fashion model in the early 1970s. She wasn’t married to Cassidy but they had an affair and a daughter was born from it. She later married Richard Benedon and left her career to focus on raising her 3 daughters – Jenna Earley, Jaime and Katie Cassidy with her husband. 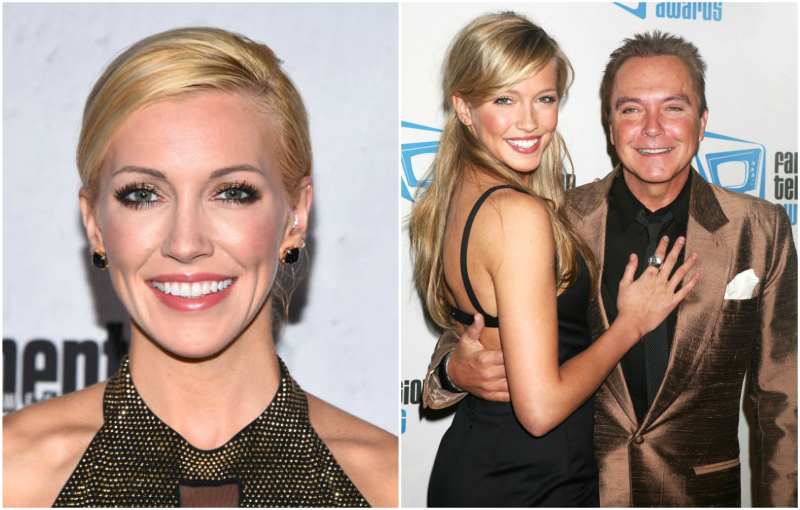 She started off like her mother as a model but found her way into acting. For years, she remained an averagely popular performer until her breakthrough role as the Black Canary in Arrow (2012 – present). Katie started dating Matthew Rodgers in 2016 and they announced on June 5, 207 that they were now engaged. 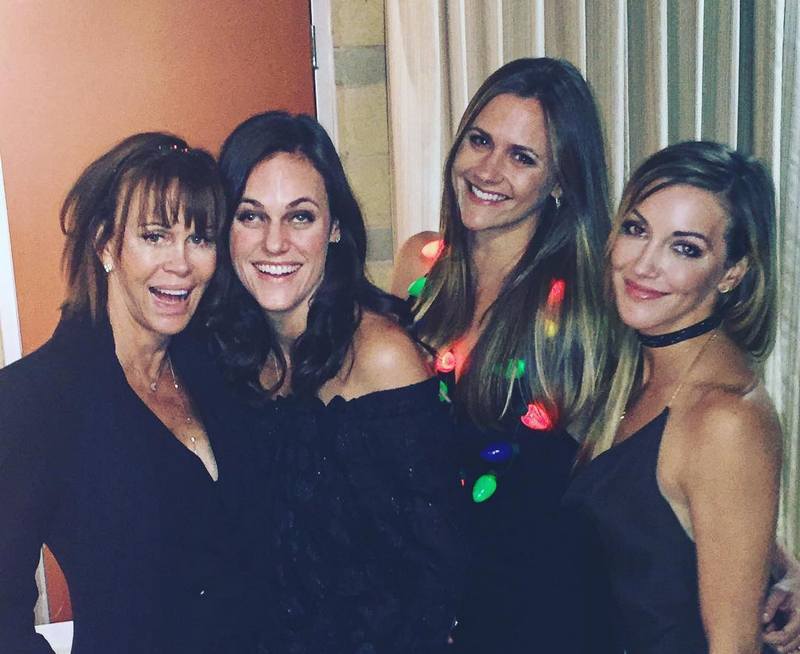 Katie with mother Sherry and 2 sisters

Katherine never really had a relationship with her father and David mentioned that it was because he was only her biological father but did not raise her so she lives a completely different life. Before he died, he confessed how proud he was of the woman she has become and how far she has come in her career. 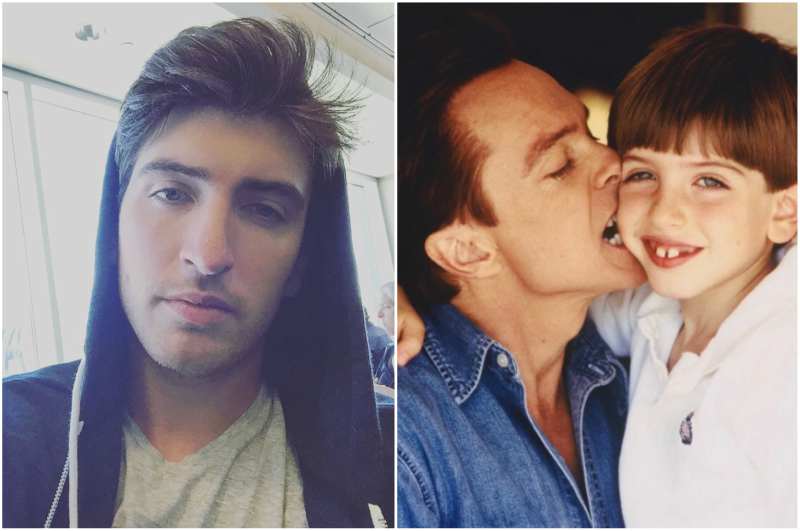 He has taken after his parents in the music line and just recently auditioned for The Voice. Beau has also appeared in a few musicals. 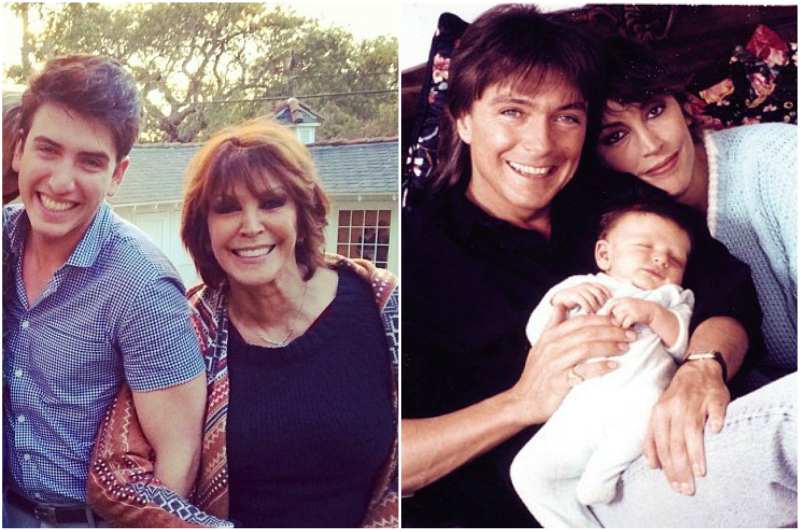 Touched by an Angel star Della Reese and her family
Meet the family of Bernie Mac, one of the late Original Kings of Comedy