Story of German Supermodel Heidi Klum and her family 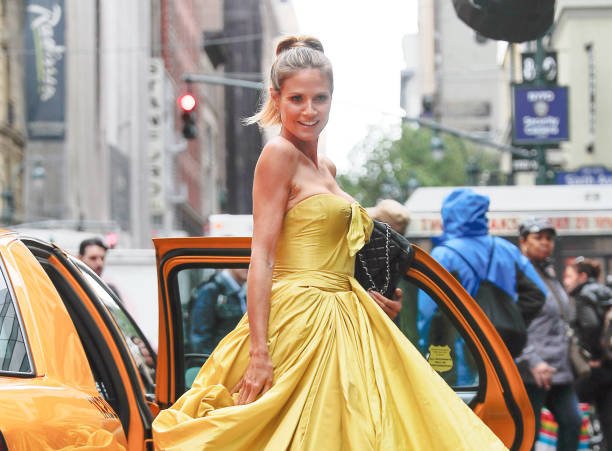 Story of German Supermodel Heidi Klum and her family

For someone whose career took off by accident, Heidi Klum has indeed been fortunate. On a prank, she submitted her Stunning pictures to a model competition hosted by a woman magazine and surprisingly, she won. This was the beginning of her life changing journey as a German model. Klum continued in Europe for a few more years before moving to America in pursuit of more success.

Her journey to United States ended up opening more doors for her and she finally walked her way into the Victoria’s Secrets runway. In no time, Heidi became one of the most coveted fashion models and was a frequent cover for top magazines including the annual Swimsuit Issue. Klum eventually diverted into other lucrative businesses from owning signature lines of sandals to her own customized perfumes and jewelries.

While she is respected for her stunning beauty and perfect figure, Heidi is amazingly down-to-earth and she has an endearing sense of humour. She is more than a model as she sings, acts and is even a mother to four kids. Heidi has been married twice and she remains a lovely daughter to her parents. Read on to know about her closest relations and her million-empire. 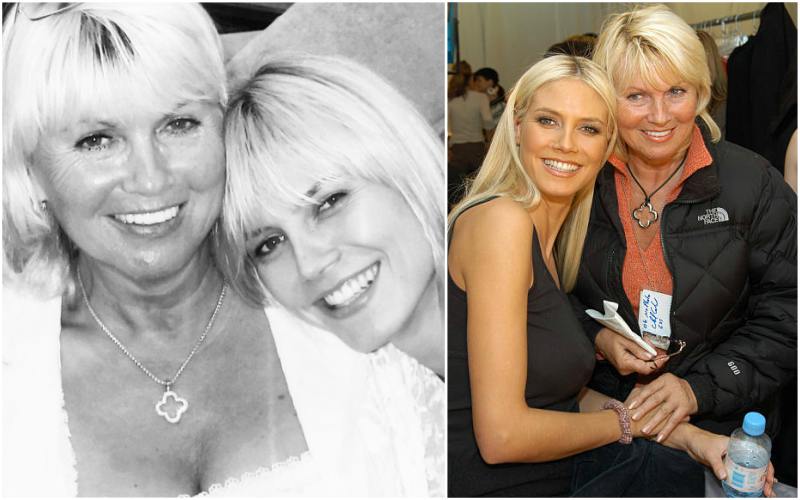 Have you ever wondered where Klum got her sexy body from? The answer is not farfetched as Erna, the mother of the supermodel was a stunning beauty herself in her younger days. She was a hairdresser and has been married to Günther for over four decades. Till date, she is a close buddy to her supermodel daughter. 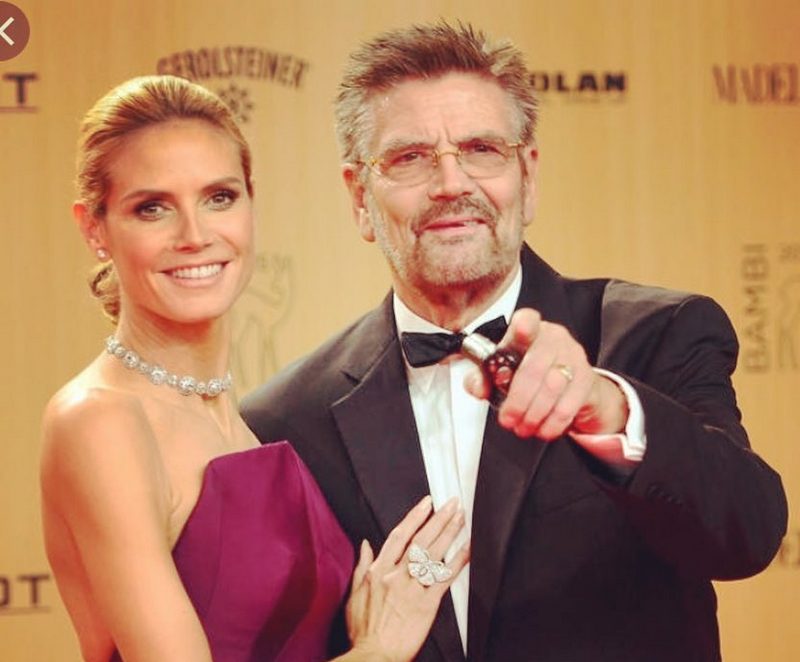 Klum is famously close to her father who is also her manager. He is known to be a hard-bargainer and is a top executive in the German modelling business. Günther was first a production manager at a fragrance producing company but realized his daughter would be his ‘most lucrative product’. Anyone who wants to get anything from Heidi career-wise literally has to go through him as he is truly the lumbering father. 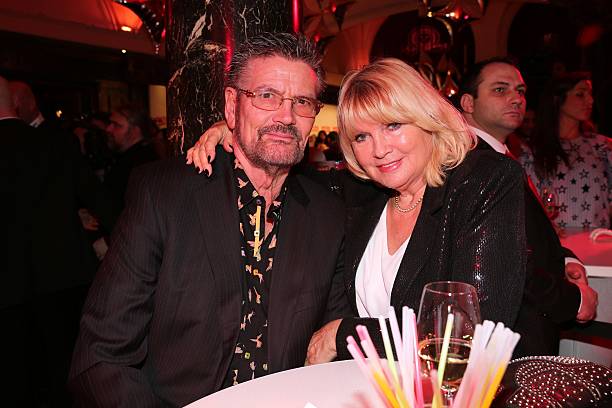 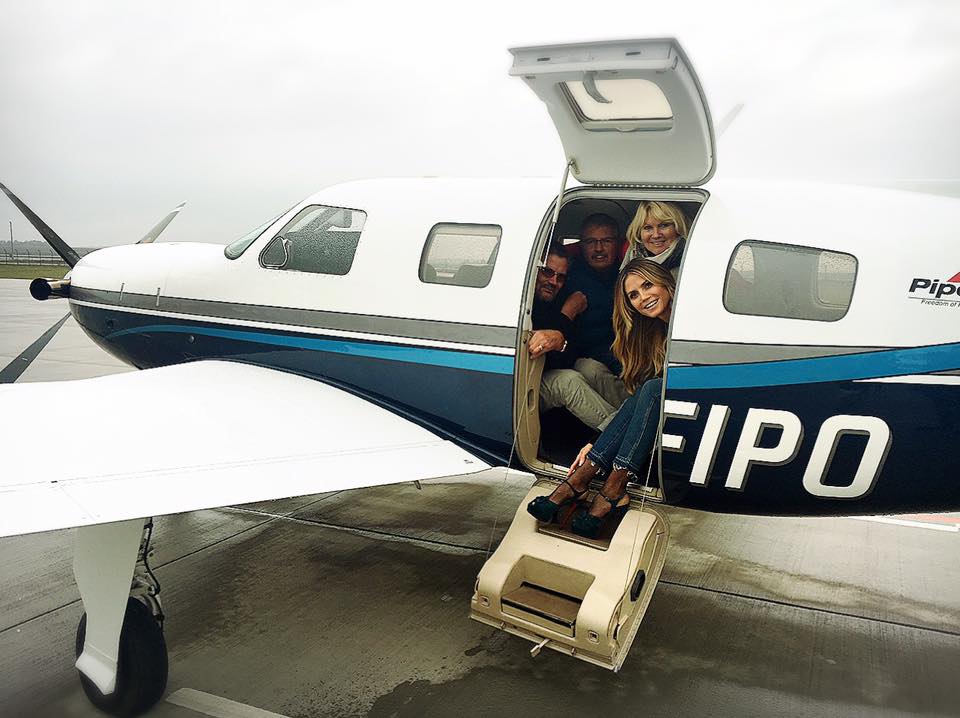 Heidi with parents and brother

Michael is the other Klum and is about a decade older than his famous sister. 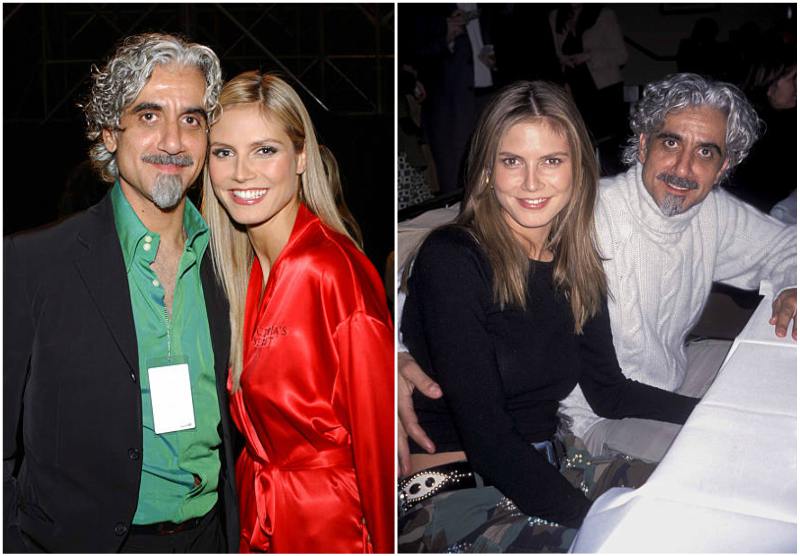 Ric is an Australian hairstylist and an occasional actor but is popular for being the ex-husband to the beautiful Heidi. His most known character is his role in the movie Zoolander (2001). Pipino was married to the TV Show Host for about five years and their marriage produced no child. After leaving Klum he went on to marry Jenne Lombardo and became the father to Roxie J’Aime and Bowie Vincent. 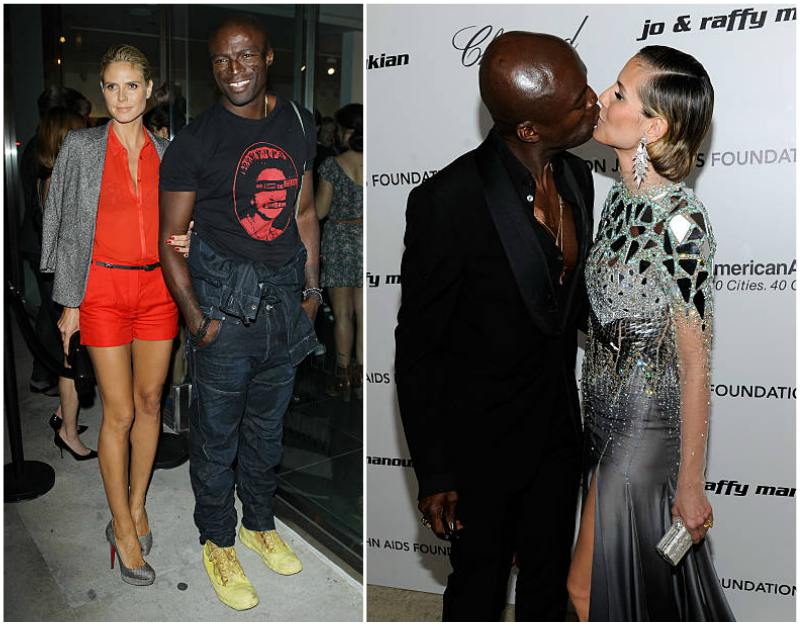 Seal is a famous British singer from Nigerian descent, known for his hit song ‘The Kiss From A Rose’ and a few others. Samuel first came to public attention in 1991 and since then has risen to the top of his career including his frequent position as a judge on several voice and talent shows.

When people see the celebrated singer, it is hard not to first notice his facial scars. They have been there ever since he came into the spotlight as a platinum artist and they are as a result of Discoid Lupus Erythematosus. His illness has been in remission since he was 23 but the scars remain and he has learned to live well with it. 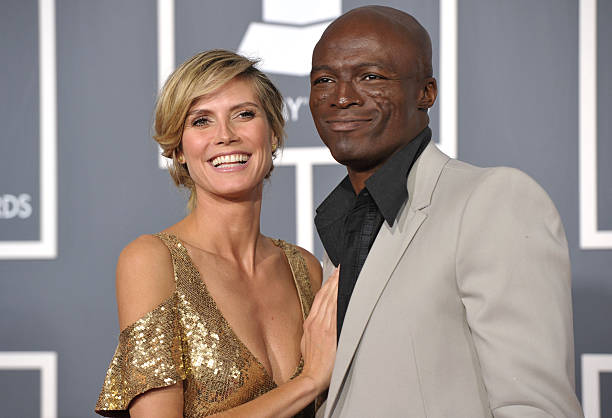 Klum and Seal began their relationship in February 2004 just a while after she announced her pregnancy for Flavio and were married within a year. Their union lasted for seven blissful years before they split in 2012. The Project Runway Star had borne three kids for the soulful singer and he had adopted her first child from a previous relationship. After their 2014 divorce, the ex-lovers remain on good terms as they co-parent their four children. There are rumours that the celebrity model is now involved with Vito Schnabel. 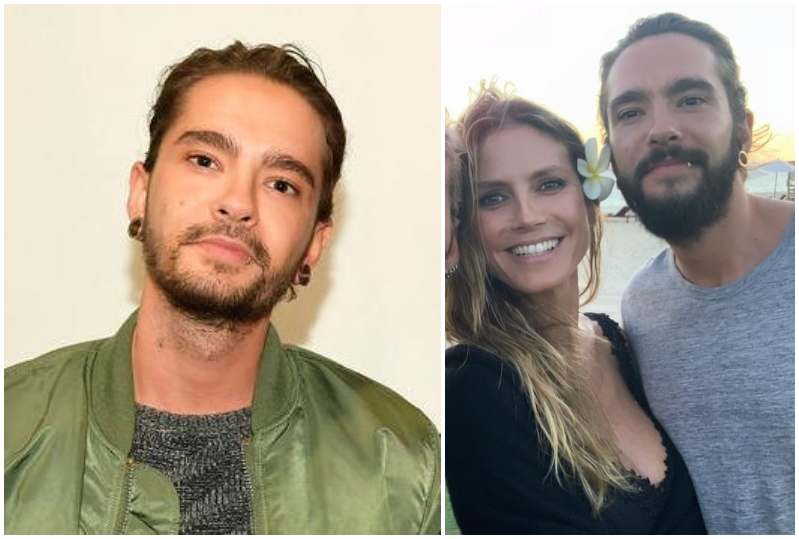 Duration of Marriage: February 2019 – till present

Tom is a member of the band The Tokio Hotel. He is 16 years younger Heidi. They started dating in May 2018 and on December 24, 2018 Tom proposed to Heidi. They officially tied the knots in February 2019. 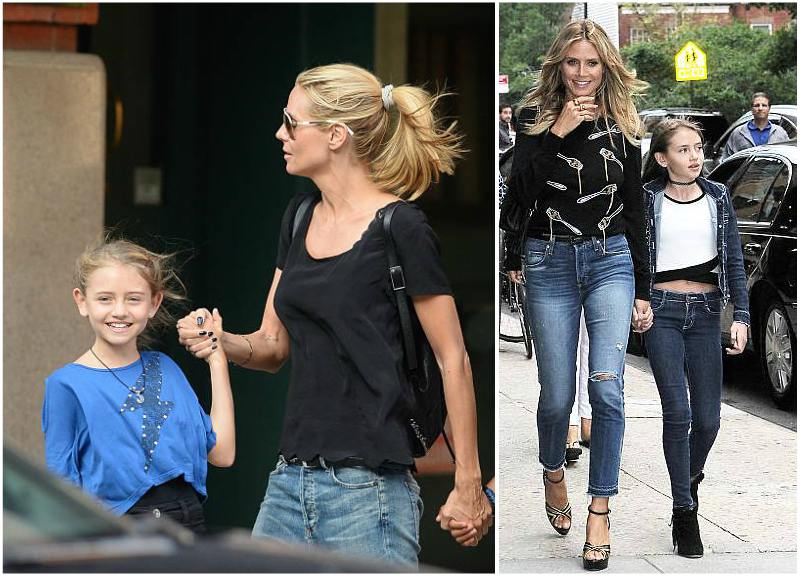 Helene (fondly called Leni) is the spitting image of her mother. She is the first child to the German beauty and was born while Klum was with Italian Formula One businessman Flavio Briatore whom she dated for a year. Since Leni arrived, Seal has been her only father figure and Klum is grateful that Briatore has kept his distance. 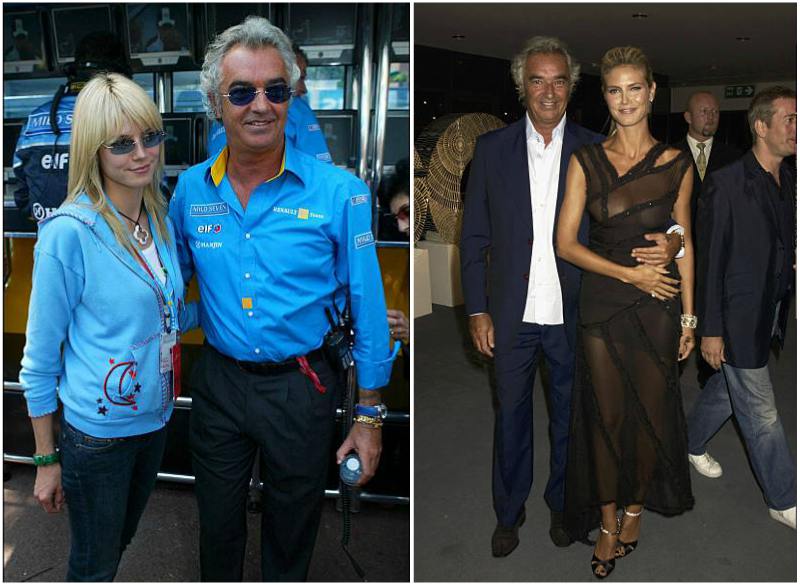 Heidi with then boyfriend Flavio Briatore

She is not just the splitting image of her mother but fashion seems to run in her blood also. 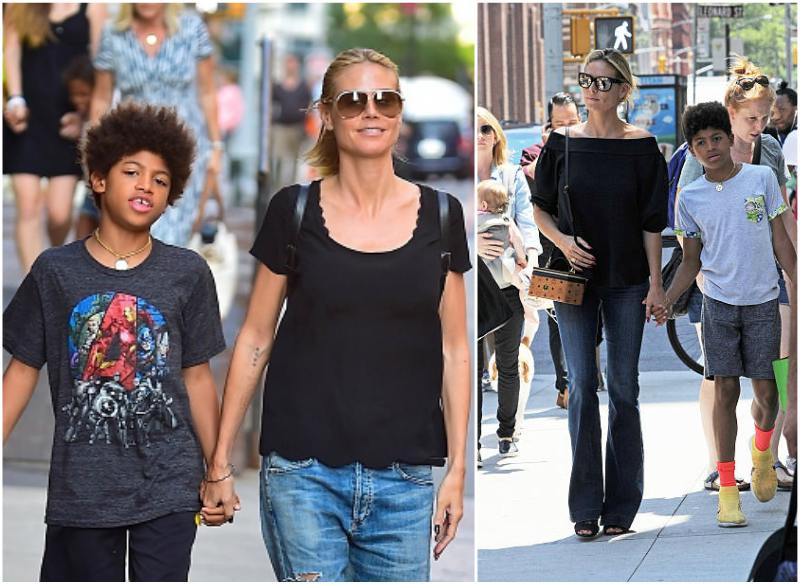 Henry is the artistic one n the family. He lives in his own world of fantasy and is an adventurous eater. 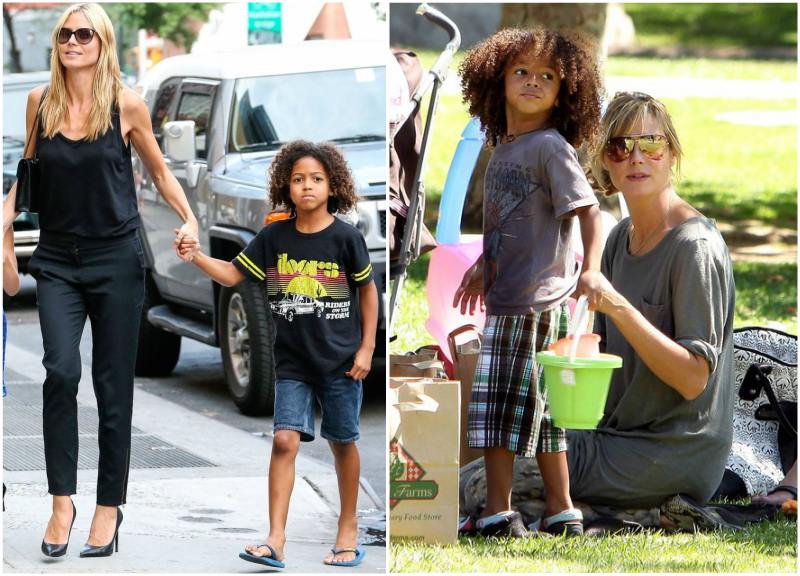 Johan was a brainiac as a toddler but has grown up to love arts and paintings. He is an inquisitive kid like Leni and always had a book under the arm. He is his father’s look alike. 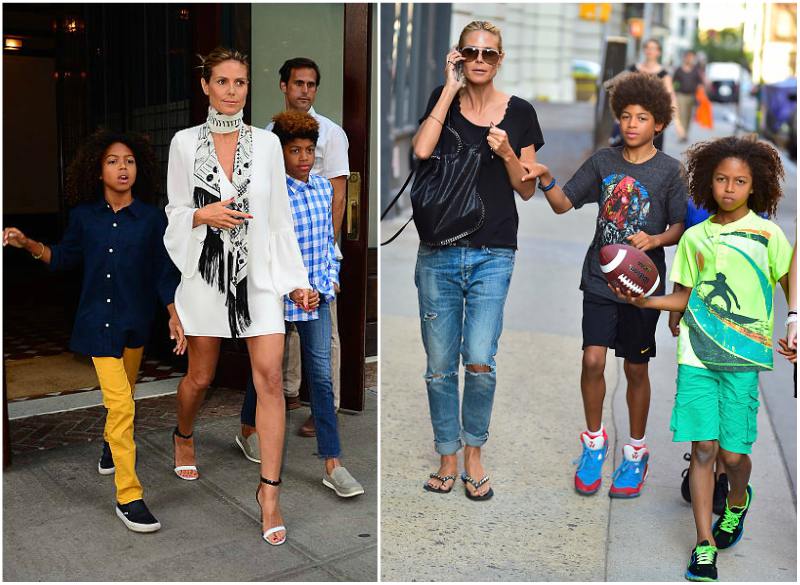 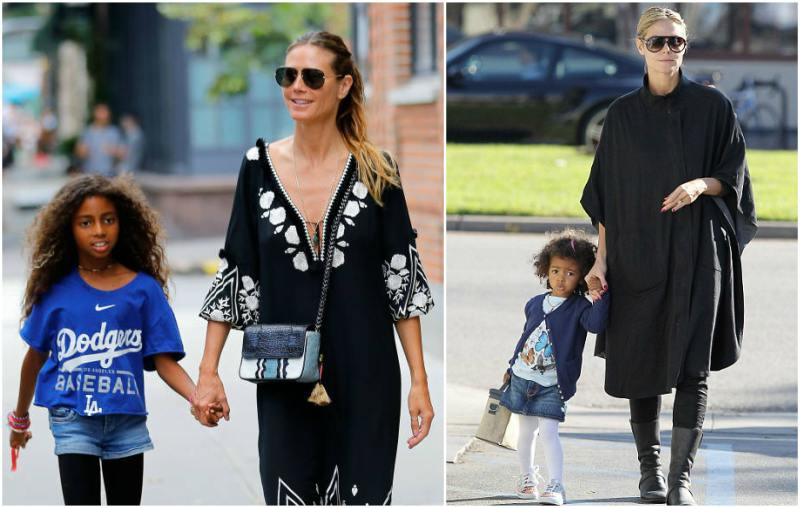 Lou is the last child to the one of the richest models in the world, Klum. 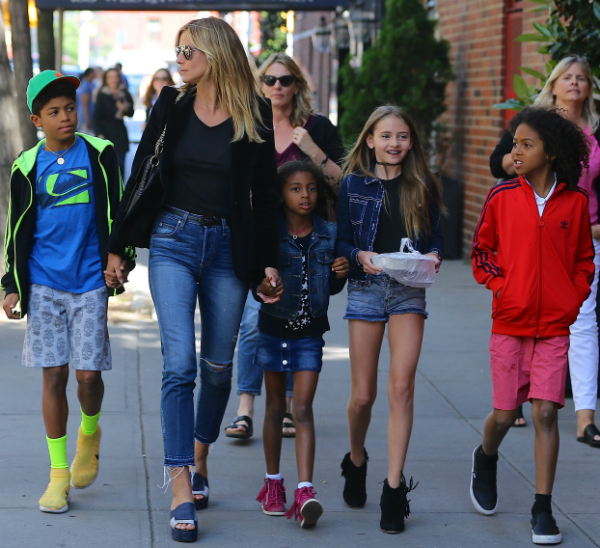