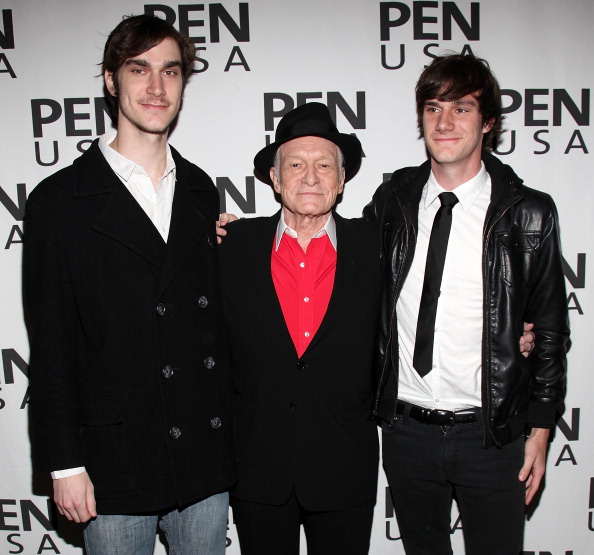 The man has created a piece of American culture, added his own input into development of modern art, by inventing best-selling men’s magazine ‘Playboy’.

Hugh Hefner was born in a conservative family in Chicago. Being very smart at school, he already started to build his ‘career’ as a president of the student council. In addition, Hugh wrote his own comic book ‘School Daze’. However, this was just the beginning. His major in university was psychology.

Later Hugh started his first job as a copywriter for Esquire, but his dream and goal was to open own publication. On his own with a help of family members money Hugh Hefner has started his own magazine ‘Playboy’.

The magazine became a world sensation because of sexually lifestyle and by the year 1972 it made a profit about 12 million dollars. Along with tremendous popularity of his magazine Hefner also has gotten into a little trouble and got arrested for printing nude pictures of Jayne Mansfield, but soon the charges were dropped. During the years, Playboy Corporation expended and built several hotel resorts and started several model agencies. Hugh also made a huge contribution into restoring classical movies, which was his passion. Hef loved women. 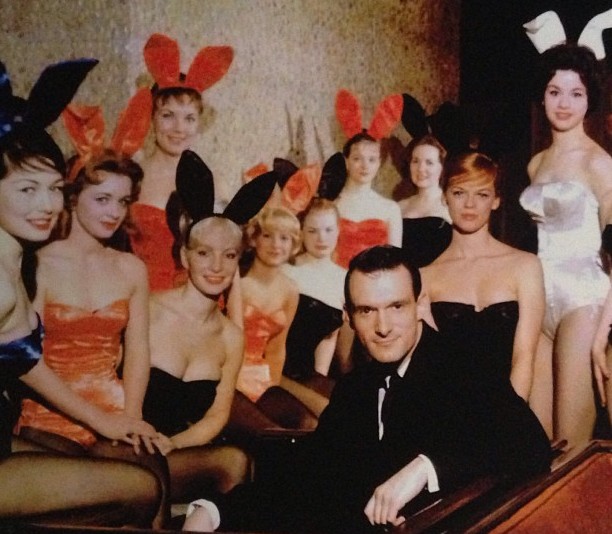 Besides being married three times, during the divorce period he also had several girlfriends on the go at once. Among them were Kendra Wilkinson, Bridget Marquardt, Holly Madison.

You may also like: Kendra Wilkinson: family that keeps staying together despite anything 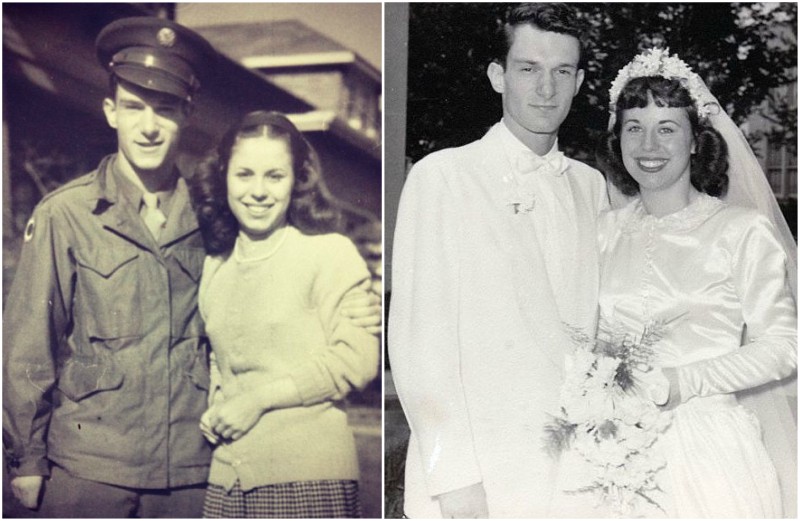 Mildred Williams originally from Chicago. She met Hugh right after school, later they dated for a while. When Hugh went to serve American army, Mildred waited for him. Thought rumors say that she was not completely honest and had an affair. Anyways, after Hugh return, Mildred and Hef decided to tie a knot. Couple had two children. Sadly, ten years after they got a divorce. 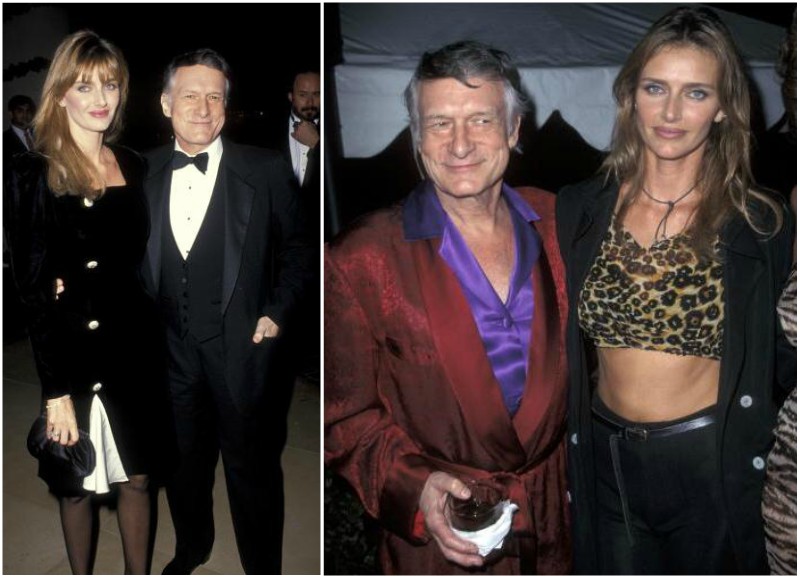 Stunning, beautiful model from Alabama. She begin her modeling career at the age of seventeen. Kimberley was posing for ‘Playboy’ magazine; she can also be seen in several ‘Playboy’ videos. Later she got married to Hugh Hefner. After nine years of marriage, couple separated, but did not get a divorce, because of their two sons. Tuesdays always were family days, they all get together to watch movies and chat. 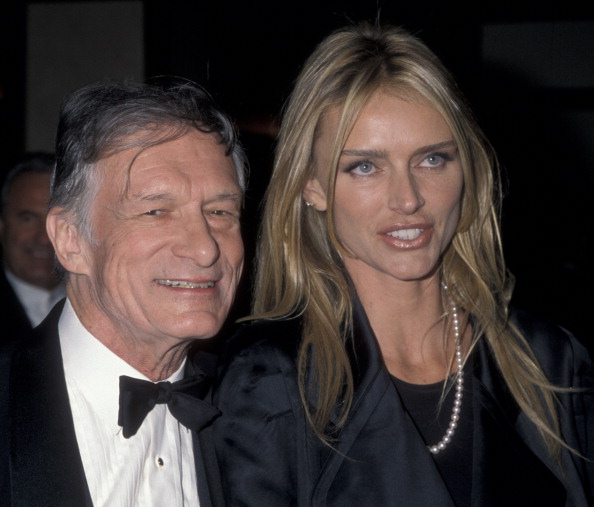 Hefner said that Kimberley cheated on him, though he was faithful all the time. After their youngest son turned 19, Hugh filed for divorce. 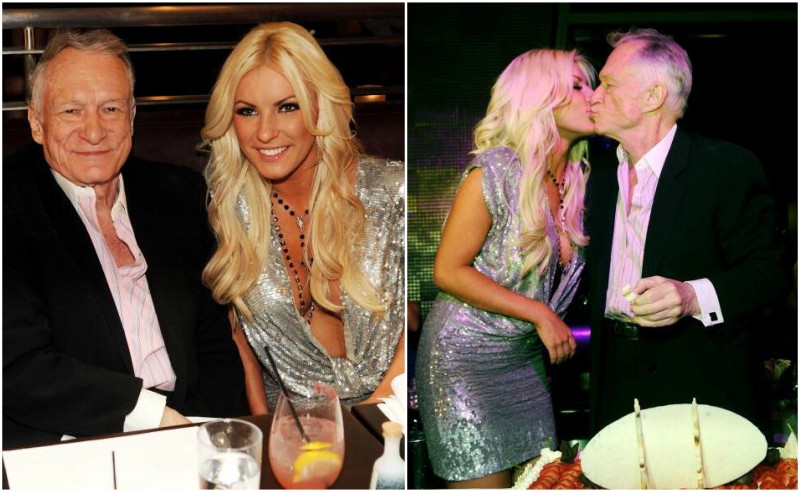 Crystal originally from England. At the age of seven, she moved to California, later studied psychology. In 2011 Crystal became ‘Playboy’ cover girl; in fact, she was discovered by ‘Playboy’. Crystal and Hef got married in 2012 at the Playboy Mansion in LA. They had a little private ceremony with several closest friends. 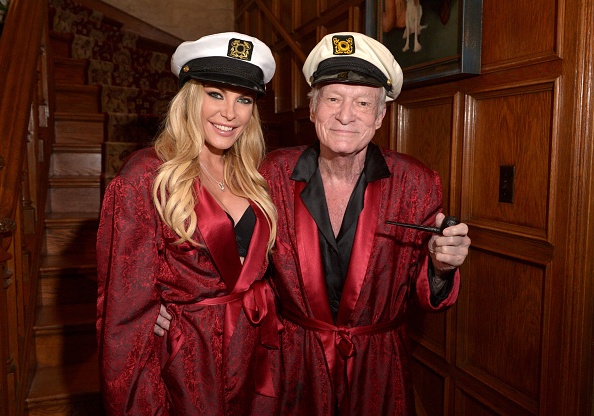 Despite the huge gap between the age (60 years) of Hugh and Crystal, young model finds her husband fascinating. She admits that she feels much secure and self-confident being married to Hefner. Hugh also does not care about age difference. In fact, he added that whatever time he has left – he is, indeed, blessed to spend it together with Crystal. 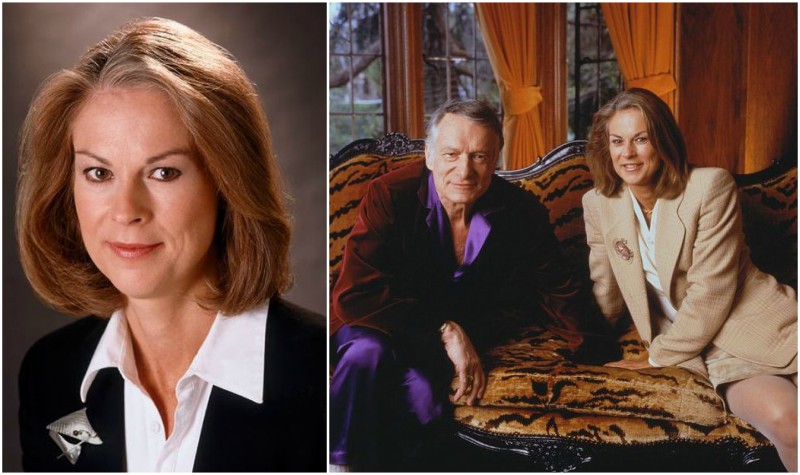 Christie Hefner was born in Illinois. After finishing college, she planned to go for journalism or law, but later started to work at her father’s corporation. This was her father suggestion, to work for a little while and see how the things go. In 1988 Hugh made her daughter a CEO of ‘Playboy’ magazine. After many years of successful work, Christie decided to she leave the company in 2009. Even though Hugh left his daughter and family very early, Christie admires him. She sees him as a fantastic editor, with high moral principles and ethic. No matter how successful and rich he got, he is still the same person with the same friends and same values. 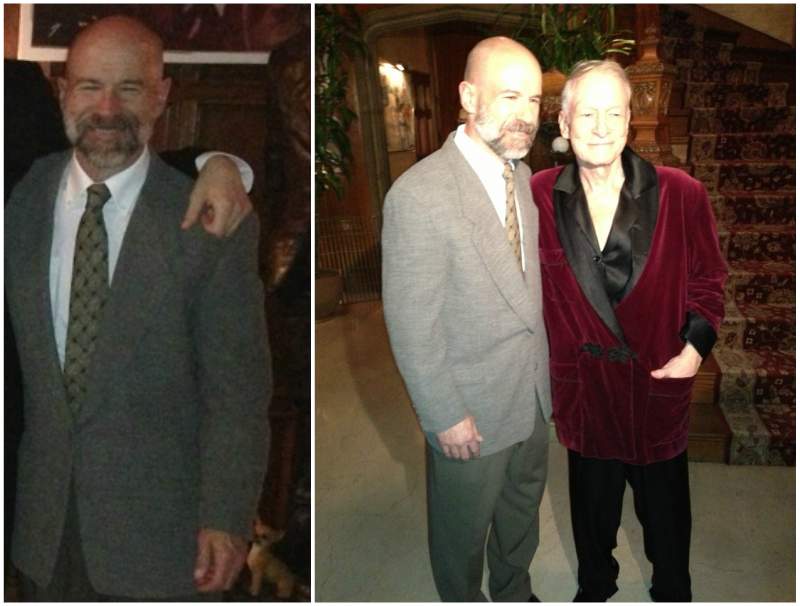 David Hefner is a second child of Hugh Hefner. He lives in California and owns his own computer consulting company. 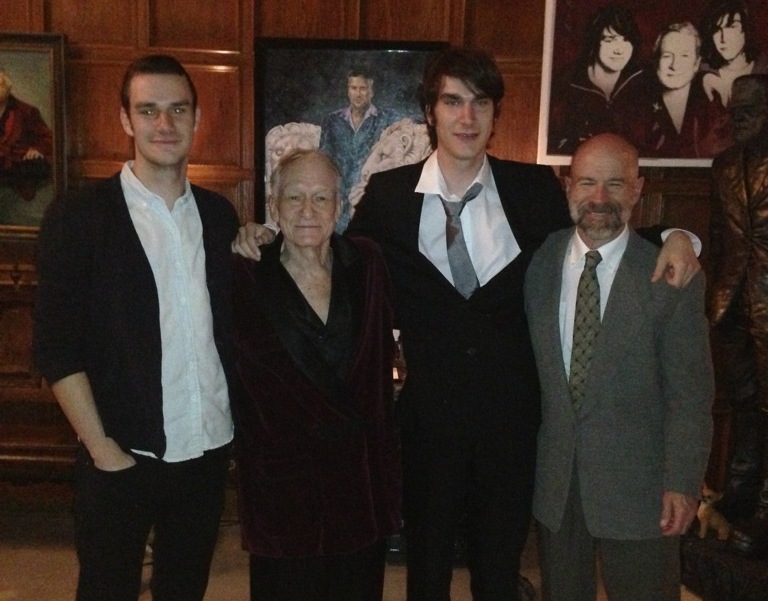 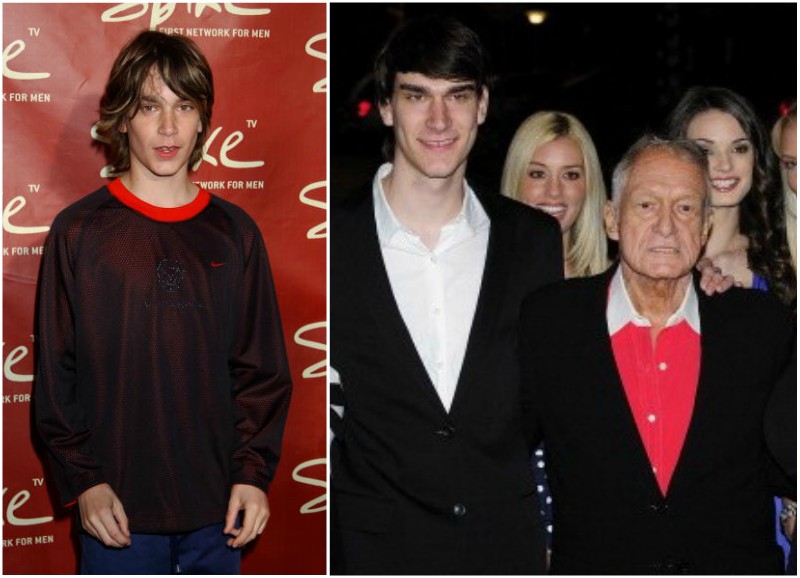 Marston was born in California. His major is philosophy, but he also interested in business and writing. He was raised around Playboy property and got very influenced by its style and culture. All his life Marston was surrounded by high class beautiful women. Worth to mention that Marston got arrested for attacking his girlfriend. He bailed the same day. Marston has his own vision regarding the future of his father’s business. However, the time will show. 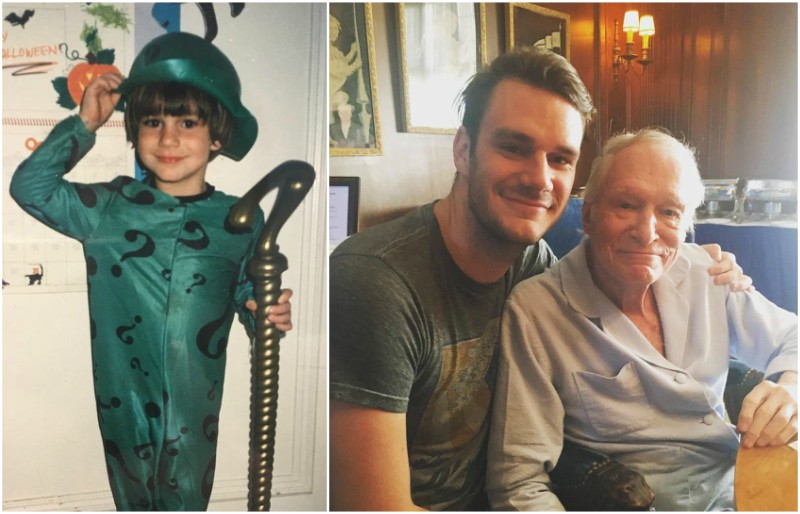 Cooper Hefner is the youngest son of Hugh Hefner. His major is Film production and History. Hefner is famous for his work on Playboy such as ‘Exclusiv – Das Star-Magazin’, ‘Inside the Playboy Mansion’. Despite of his young age Cooper has been showing a big interest in taking over his dad’s business. 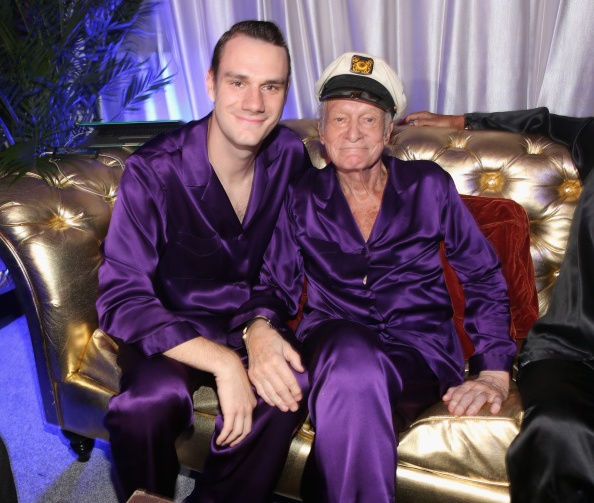 Probably, he would be a very good choice for the job, as Cooper has lots of the right potential. Two years ago, Cooper proposed to Scarlett Byrne. Hugh seemed to be very happy about this decision; he even congratulated a young couple on Twitter. 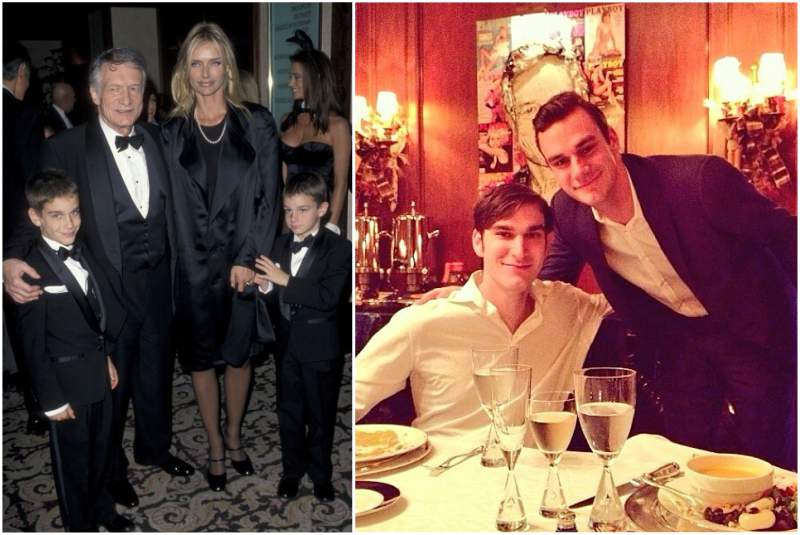