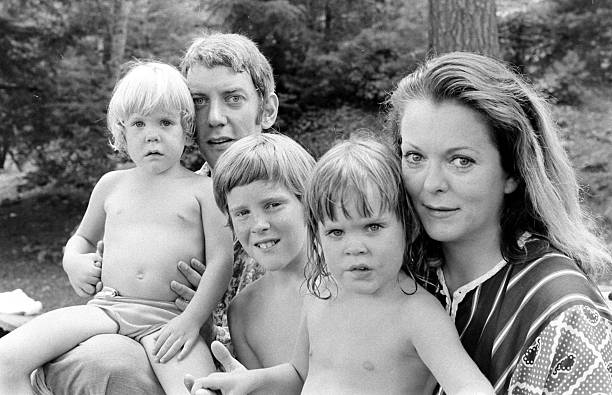 We all know how difficult it is to make a comeback after one’s career takes a nosedive. Kiefer Sutherland is one of such gifted actors that have managed to do just that. He took a break after the global success of his espionage series 24 and now with his current TV series, Designated Survivor (2016 – present); we have no doubt that the Canadian actor is definitely a star reborn.

For someone who ran away from boarding school to become an actor, the lines have obviously fallen in his favour. At first he did not know what it took to be an actor, as time went on and he was getting immersed in the profession it became clearer to him. It was said that he once called his father to apologize for ‘belittling’ what he did and that acting was no child’s play. Yes, his father is also an actor, so is his mother and several of his family members. Read on to know the full details about the gifted Sutherlands. 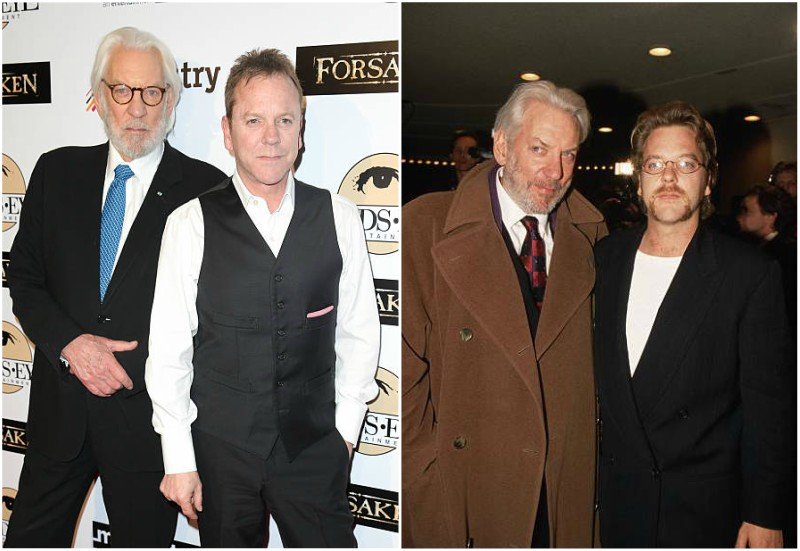 The blond honk Kiefer comes from a notable acting pedigree. The first thing you’ll notice about this Canadian actor is his towering presence before you eventually wait to watch his legendary acting skills. The Canadian pride and his eldest son Keifer were once co-casted on A Time To Kill (1996). Donald also played father and son in Forsaken (2015) with his hot son. He has been described as one of the best actors who have never been nominated for an Oscar. 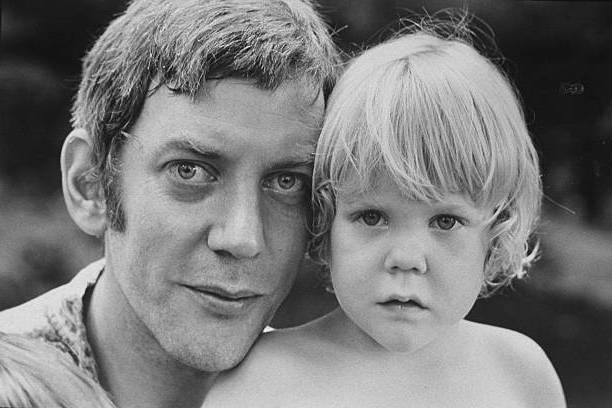 The Sutherlands admits to not have been close to themselves as there just was no time to be together. The lack of a close bond is in no way a hindrance to Donald’s pride in his son. He is super proud that his eldest son did better than him as an actor and is brilliant at his job. He has been married three times and is a father to five kids most of whom are actors. 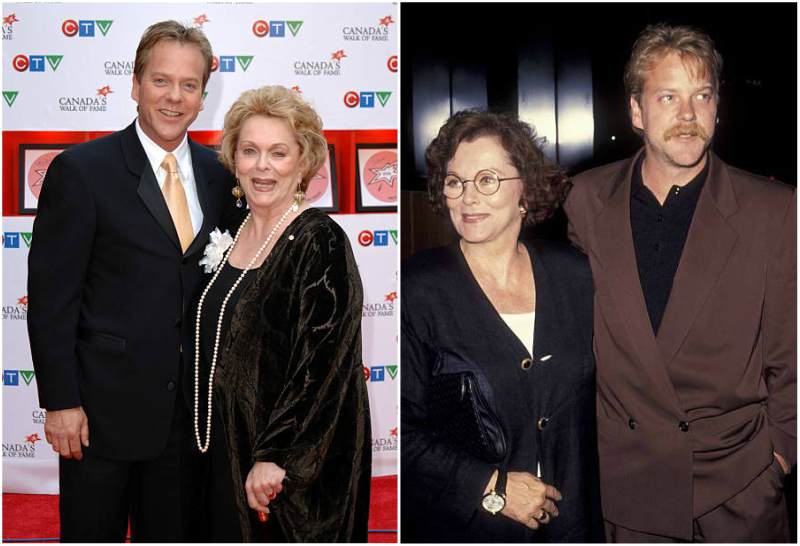 Shirley’s career as a stage actress was also another career inspiration for the young Sutherland. When Keifer was 4, his parents got divorced and he moved with his mum to Toronto. Shirley moved on to become a renowned actress both in Canada, in the United States and also in the United Kingdom. Like her ex-husband, she was appreciated and honoured with the title Officer for the Order of Canada for her contribution to the Canadian entertainment industry. Douglas is also a passionate political activist mainly concerned with a better healthcare system. 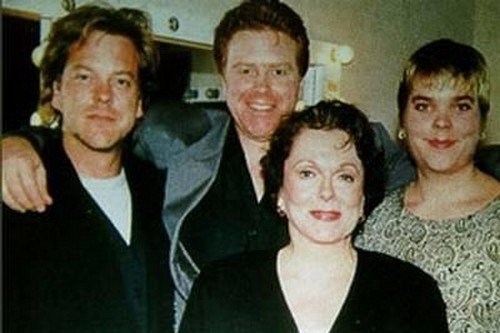 Shirley was married to Timothy Emil Sicks before her second marriage to Donald Sutherland. It was in this marriage she had Thomas Sacks. 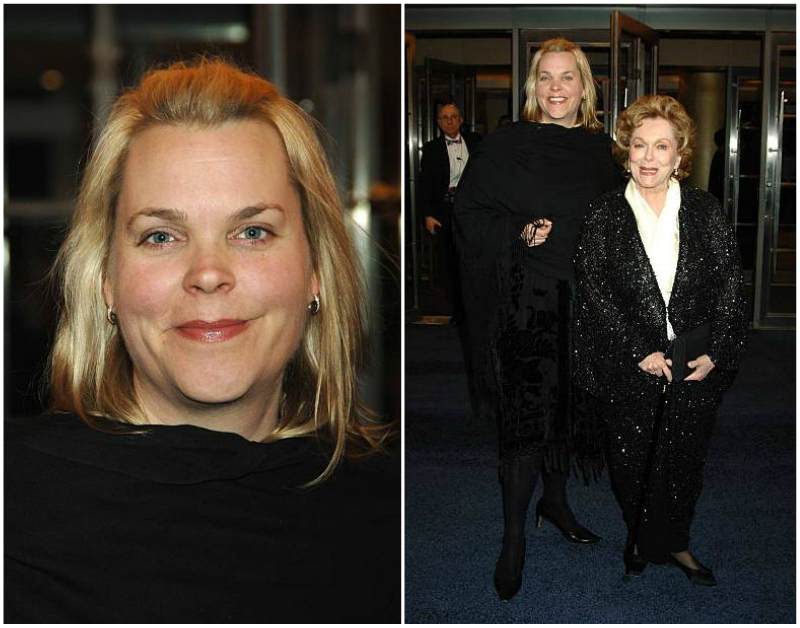 Rachel is the seven minute younger twin sister to The Lost Boys (1987) actor. She works behind the camera as a producer and sometimes a post-production supervisor. The female Sutherland has some striking semblance to her brother. 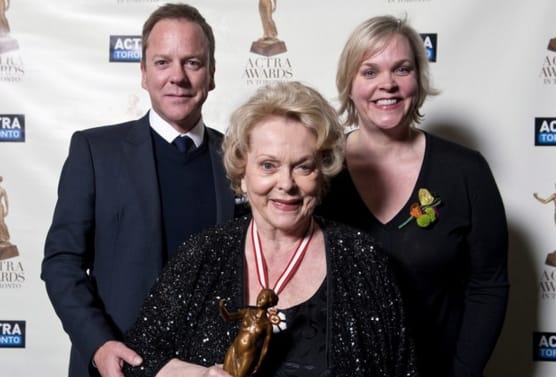 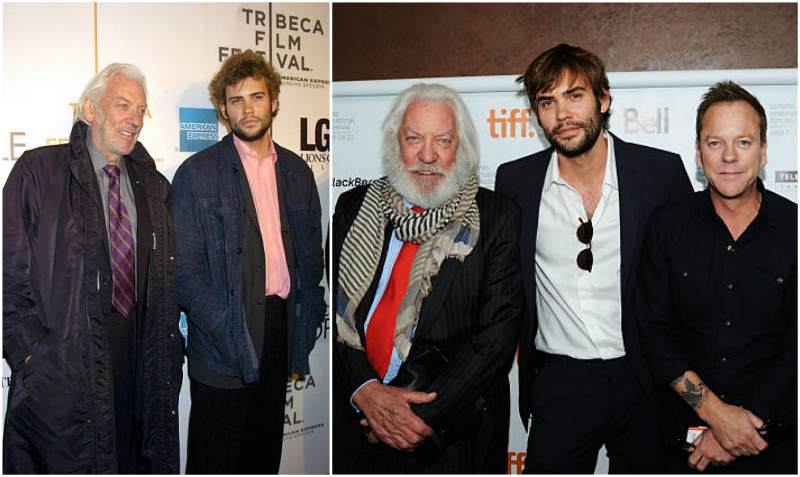 Rossif is the first child Donald had with his third wife French-Canadian actress Francine Racette whom he married in 1972. He is an actor but is not half as famous as his brother or veteran father. Rossif has been married to Reign (2013-present) co-star Celina Sinden since February 2016 and they have one son, Theodore Sutherland. 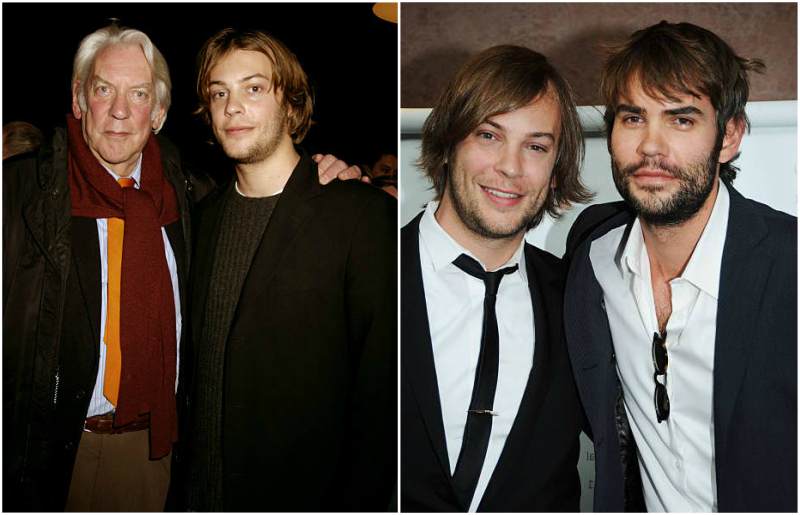 Like his elder brothers, he is also an actor but also works behind the camera as a film and TV producer. 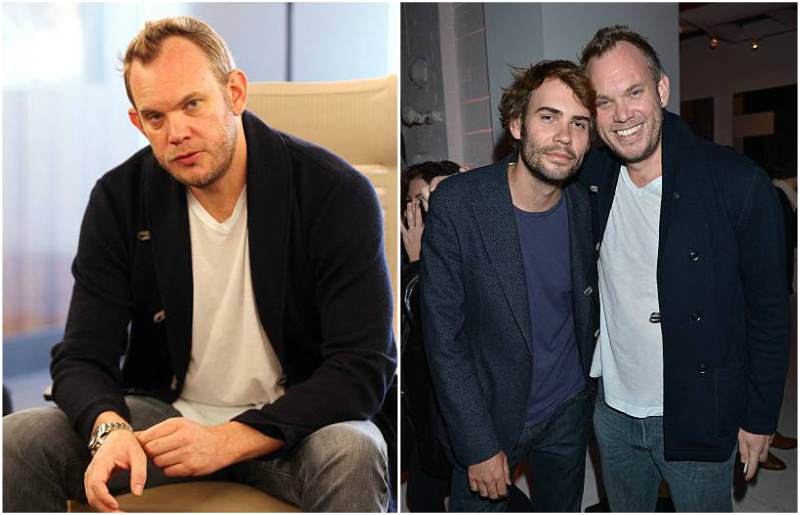 Roeg is practically in the shadows as nothing is known about him. We don’t know if to call him an actor as he has only been an extra on some films. 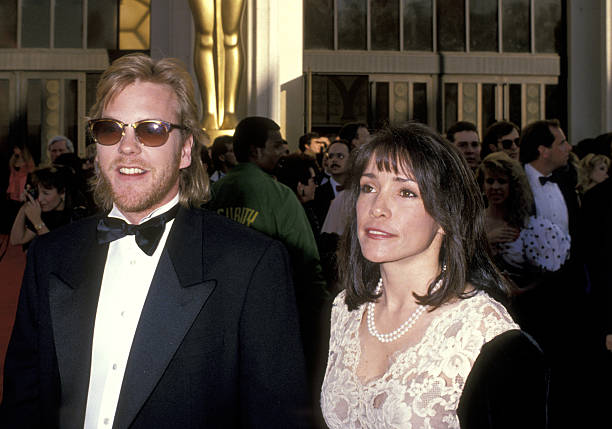 Camelia is a TV producer and was married to Terry Kath until his death. In 1987, the multi-award winning actor got married to her and they soon became parents to a girl, Sarah. In 1990, their almost 3 years marriage was called off and they remain good friends since they are co-parents to their only child. 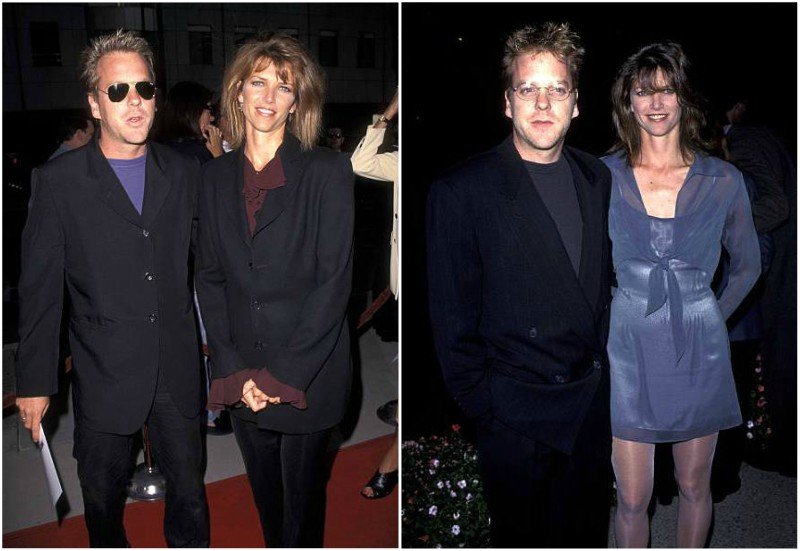 The Stand By Me (1986) actor was first engaged to superstar actress Julia Roberts until it was called off just three days before their wedding over Sutherland’s alleged affair with a stripper. After a while he started seeing Kelly Winn who already had two sons.

After their marriage, Kiefer’s job required that he travels farther and farther away from home. These moments were painful for him as the distance had a negative toll on his marriage until he had to divorce his lovely wife. 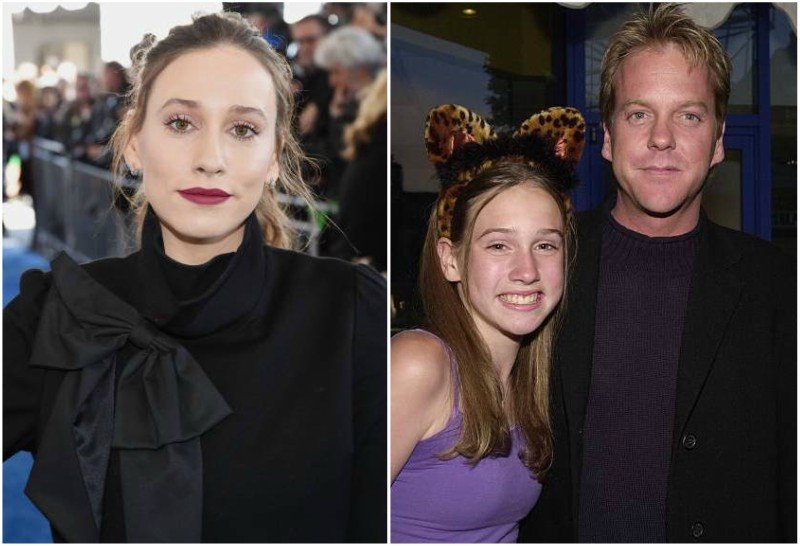 Family is important to the Young Guns (1988) actor. He became a dad when he was 20 and since then he has been grateful to have the opportunity. As much as 24 (2001 – 2008) was the biggest highlight of his life and career, fatherhood is one thing he is most grateful for.  Sarah like most of the Sutherlands is also an actress. She is known majorly for her role as Catherine Meyer in Veep (2012 – present).

Stunning Actress Jennifer Aniston and her show business family
What You Need to Know about NBA Star Iman Shumpert’s Family?