Kevin is one colored man that can be considered the king of stand-up comedy in the United States. His shows and performances are some of the most loved home and abroad; his ability to make people laugh is nothing closed to being forced as he does it without even lifting a hair. The Jumanji: Welcome to the Jungle (2017) star has also delved into the tech world of mobile video games and it is the only place where Hart is taller than his “rib” Eniko. According to him, the game is fun, family-friendly and nothing like any other video game that has been seen.

Just recently, we got to know the emotional side of the funny man as he apologized to his wife and kids over extortion scandal. A woman was trying to make money off a sexually suggestive video featuring Hart where he was very cozy with her in a club and later it was a bedroom scene. He admits that he is not a perfect man and is sorry for making a wrong judgement call that hurt the people closest to him. In addition to being incredibly funny, Hart is a doting father to his kids. Read on as we take you through the lives of the people closest to the multiple-award winning performer. 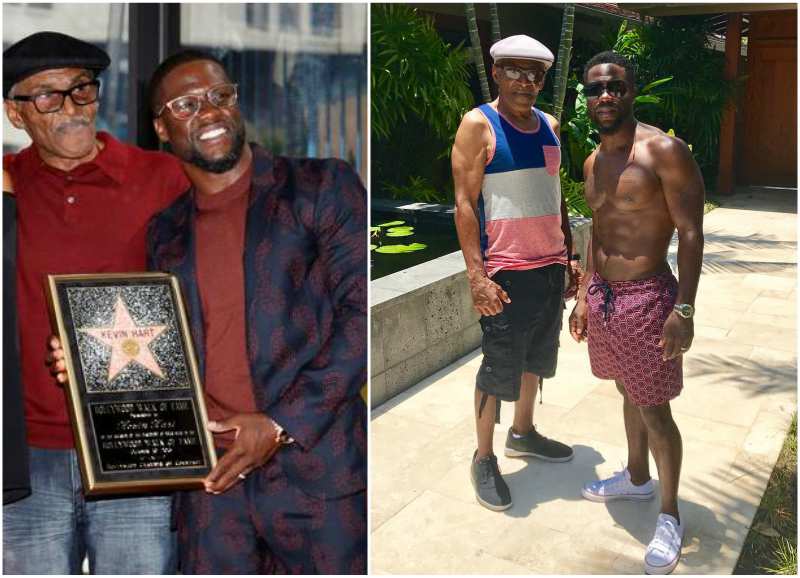 In his memoir, I Can’t Make This Up: Life Lessons, the actor revealed the troubles he faced growing up with an alcoholic dad who was always in jail for one crime or the other. Henry was virtually an absent dad as he was always in trouble with his addiction or dealing with one run-in with the law. Kevin Darnell Hart says his dad’s nasty habits went on to ruin his family as Nancy forbade her kids to be around him. On the flip side however, seeing the downside of drugs and alcohol and what it can do to a person taught the golden actor that he should never dabble into things like that. Witherspoon and his son eventually reconciled later in life. 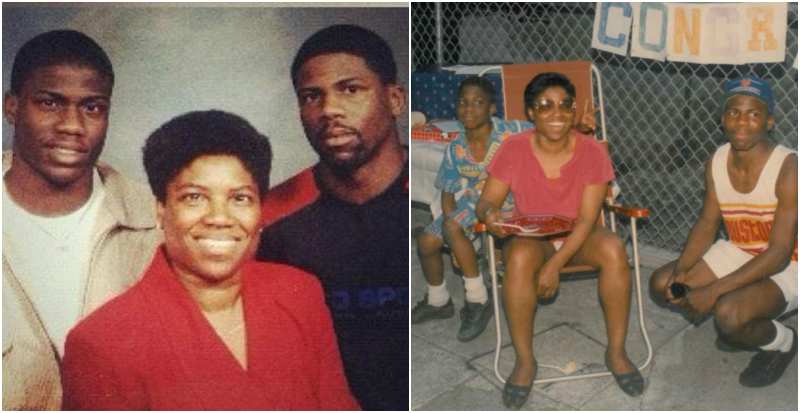 Nancy was the ever supportive mother to the fun box who died in 2007 from cancer. She was a computer analyst and was the one who single-handedly raised her two sons. She managed to provide the initial financial support her son needed to start up his career in comedy but she never went to any of his shows. Kevin says his late mother was the very religious woman who believed there would be drinking and smoking at comedy shows and she did not want to be around such mess as it was not conducive for her spiritual growth.

After she died, the actor found a box full of articles from when he started his career and recorded every little success he made. It was proof that she loved him and was proud of him even though she was never present physically.  Nancy was such a strong woman and she is the backbone to the success her children are today. The Harts have indeed had a hard time coping with the death of the courageous Nancy but they all make sure her energy and values live on. 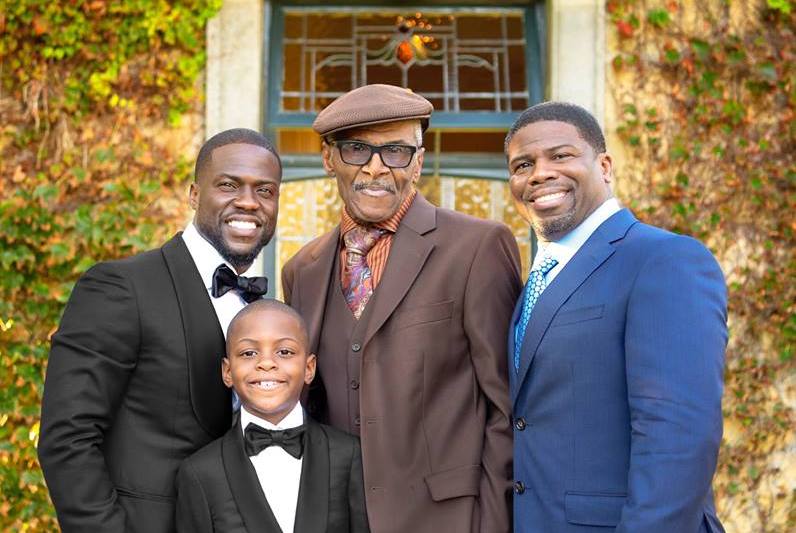 Rob functioned as a father figure early in the comedian’s life. He was the older brother and had to be there for his ‘family’ in the absence of his father. Robert also eventually led the effort to get their father off drugs as he felt together with his famous brother, they could get Witherspoon straight so they started with putting him in rehab and the rest they say is history. Both brothers remain close and are now on good terms with their father despite his many mistakes. 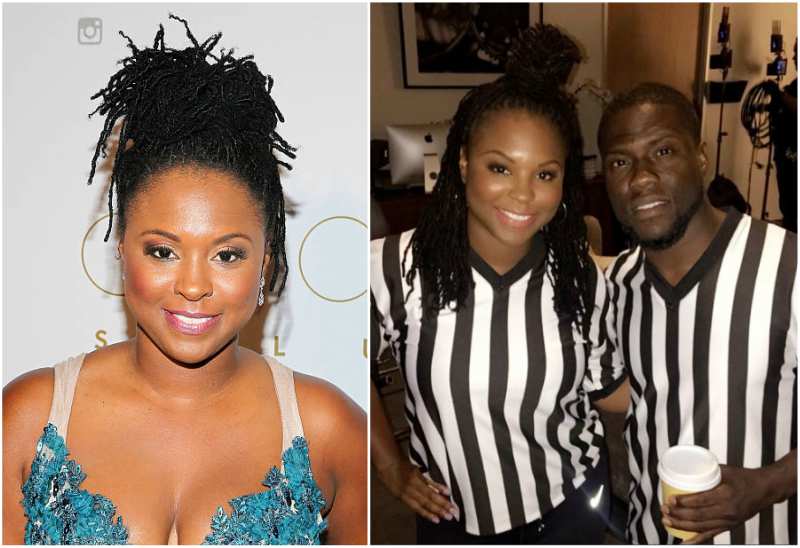 Torrei is an actress, comedian and reality TV star. They met while attending community college and he fell in love with the dark-skinned beauty. Her maiden name was Skipper until she married fellow actor Hart. Asides’ being the ex-wife to the great comedian, Torrei is known for starring on the Atlanta Exes show. Her marriage to the Get Hard (2015) actor ended just two years short of one decade but they were parents to two kids by then. The actor admitted he was young and not ready for such commitments as he got married at 22 and at that age, men were still all over the place.

Kevin’s divorce from his wife of eight years was taught to be on the grounds of irreconcilable differences but it was later revealed that Eniko was to blame for his failed marriage as he started dating the model as far back as 2009 while he was still with Torrei. Their divorce was settled peacefully with shared custody of their children. It hurts however that she sees her children with the woman who ended her marriage. According to Torrei, she was with Hart when he was still selling sneakers for five dollars an hour and was his muse all along until he met the sexy model. 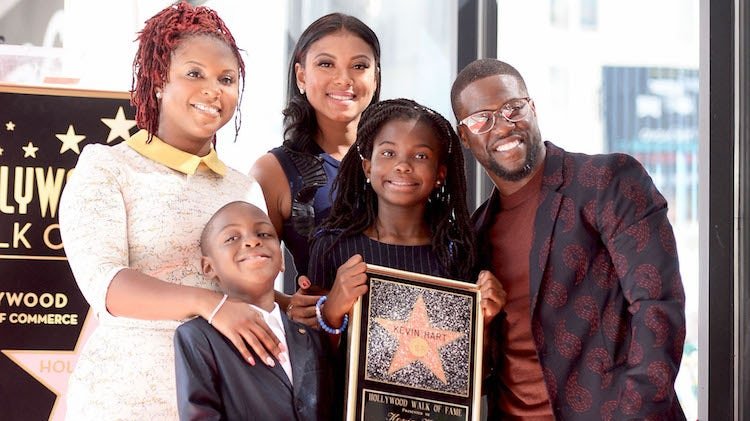 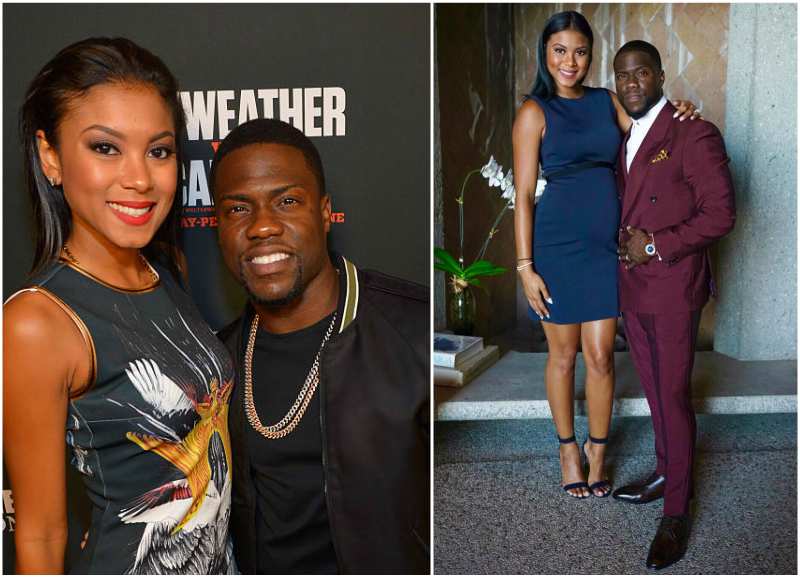 Duration of Marriage: August 8, 2016 till present

Parrish is currently expecting her first child with the entertainer but has also gotten along well with his other children. She was like every other girl before meeting Kevin and fame shone on her. Now, she and her husband are recognized as one of the world’s most popular couples. Eniko has proved to be a woman of strength in this tough time with her husband’s extortion scandal still a hot topic. 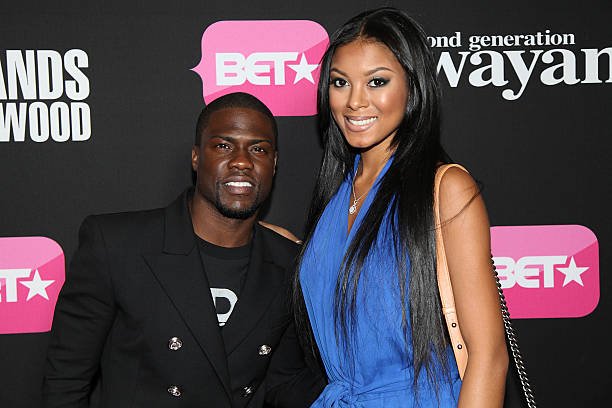 The sexy model chose to forgive him and continue with their relationship seeing that her husband was very sorry and did not want to lose her. Hart has mentioned that he adores his wife and is ready to do anything to win her trust back. Parrish and her husband are now putting the scandal gist on hold to celebrate the impending birth of their child in a lavish Lion King themed shower that is said to cost $118,000. 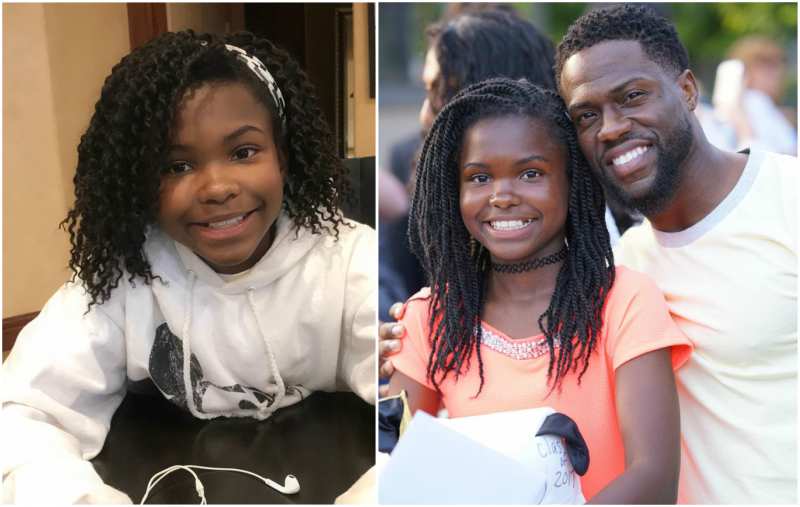 Heaven is just 11 and it is clearly evident that she would grow up into a beautiful young woman. It is too early to say whether she would follow up in any of her parents’ line of work but she is handling her status as a celebrity kid really well. 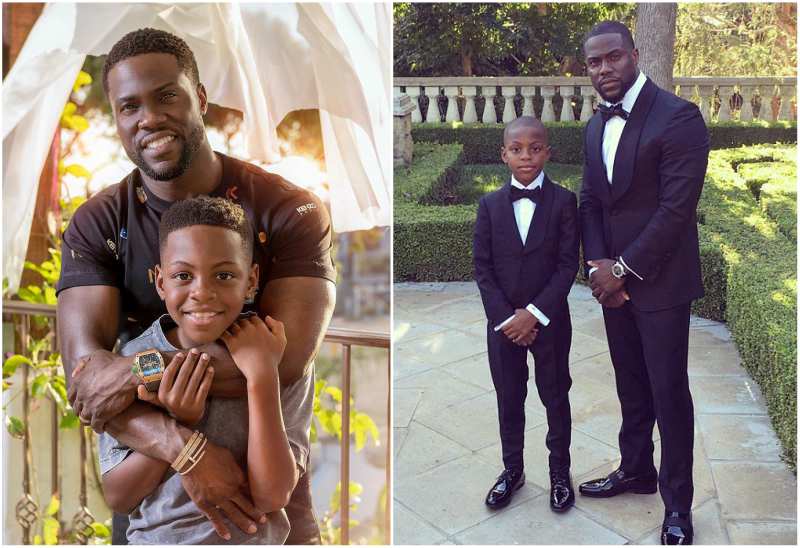 He is the famous son to the hilarious actor and served as the cutest best man ever at his father’s wedding to Eniko Parrish. 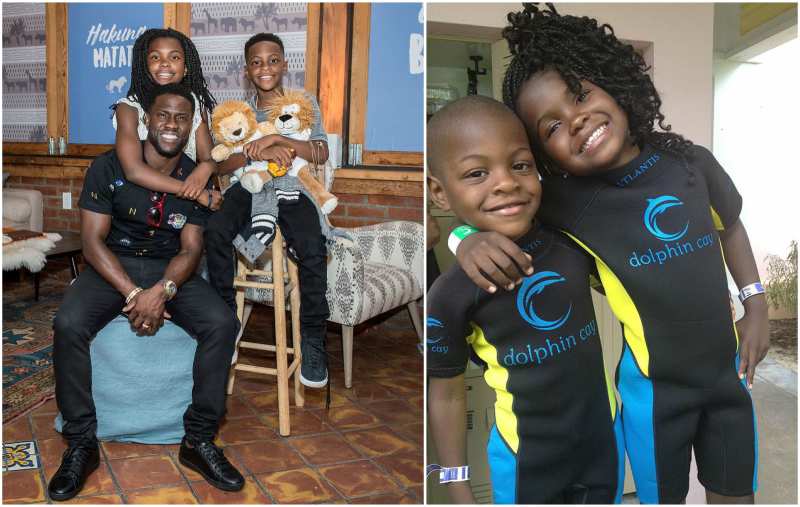 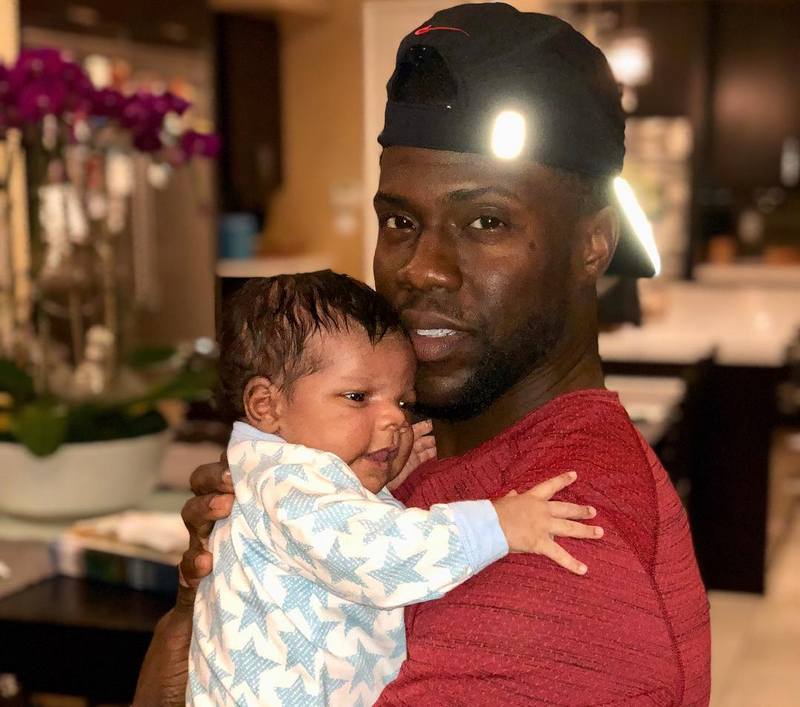 It is Kevin and Eniko first child together. 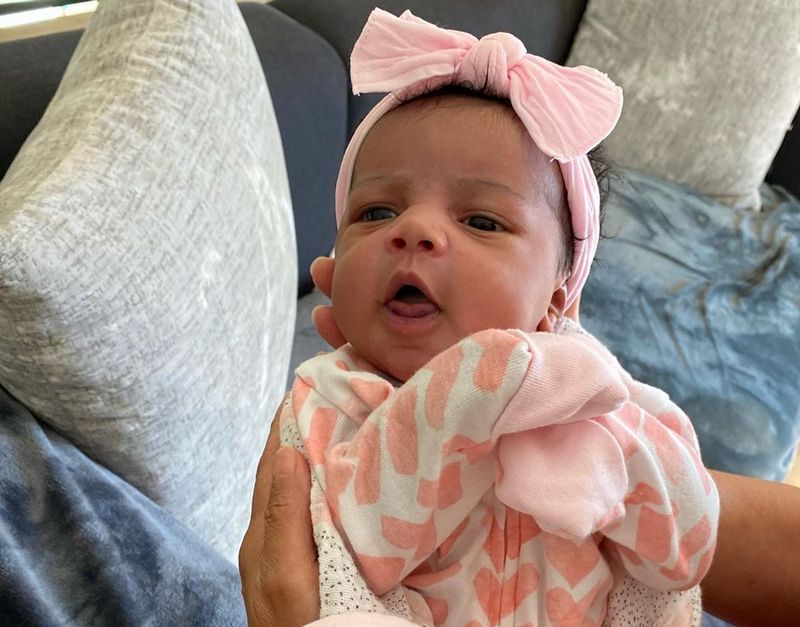 On September 29, 2020 the couple welcomed their second child together and Kevin’s fourth. Congrats!

The Mindy project Creator and Star, Mindy Kaling and her family
The biggest name in the world of wrestling John Cena and his family