Key Facts about the Family of Chipper Jones, an MLB Star and a Father of Six Sons 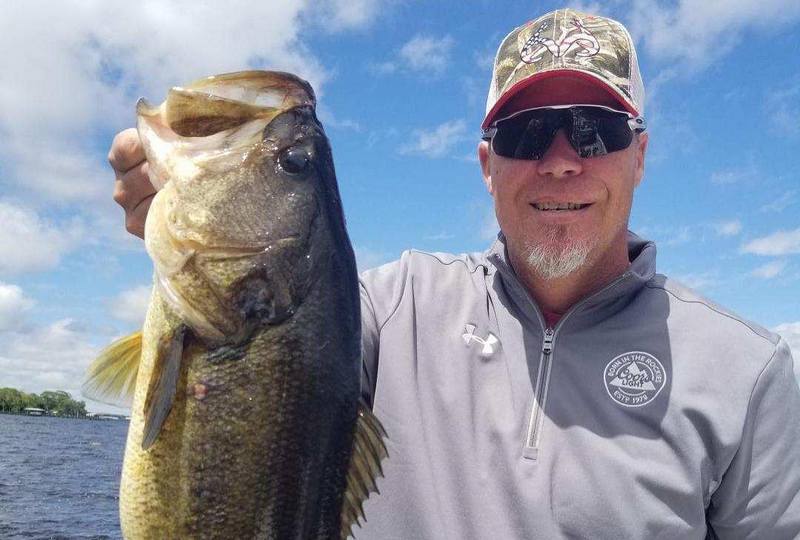 Key Facts about the Family of Chipper Jones, an MLB Star and a Father of Six Sons

Chipper Jones’ baseball career was bright and memorable. He is considered to be one of the greatest switch hitters ever.

Jones started with high school football and played in the minor leagues prior to making a MLB debut in 1993. Till his retirement in 2012, he represented only one team, Atlanta Braves, and won 1995 World Series Championship with it. Besides, Chipper earned 2 Silver Slugger Awards, 1999 NL MVP title along with being 2008 MLB batting champion. In 2020, he became a color analyst for ESPN.

Do you know that Chipper Jones has six sons? Let’s have a closer look at them and other members of his family. 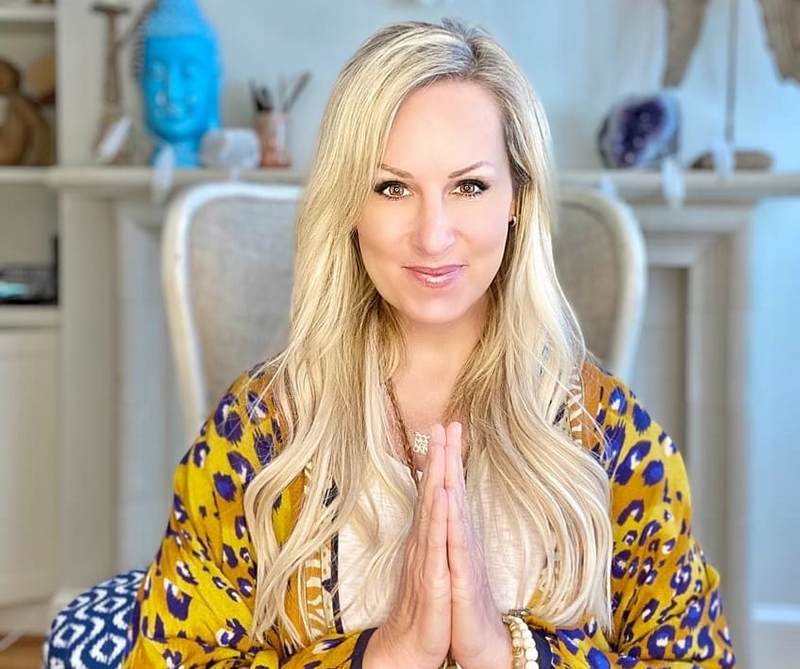 Karin got romantically involved with Jones in 1991 and in six months, they got engaged. They tied knots on September 12, 1992, but called it quits in 2000. After that, Karin got a master’s degree in psychology and became a life coach. She is famed for her TV shows Karin’s Korner and The Dr. Karin Show. As to her personal life, Karin was married to Joe Smithson, a father of her three kids, but they are divorced now. He IG page. 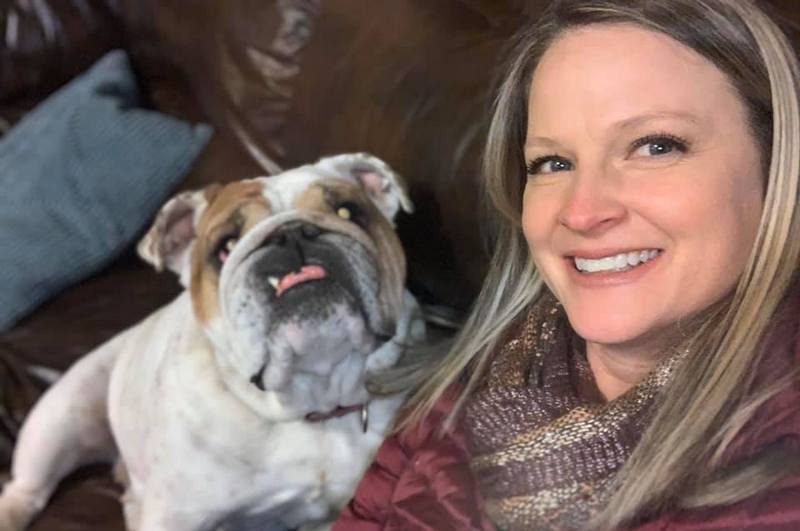 While being Karin’s husband, Chipper had a brief affair with Jennifer, who was a Hooters waitress at that time. They welcomed son Matthew in 1998. 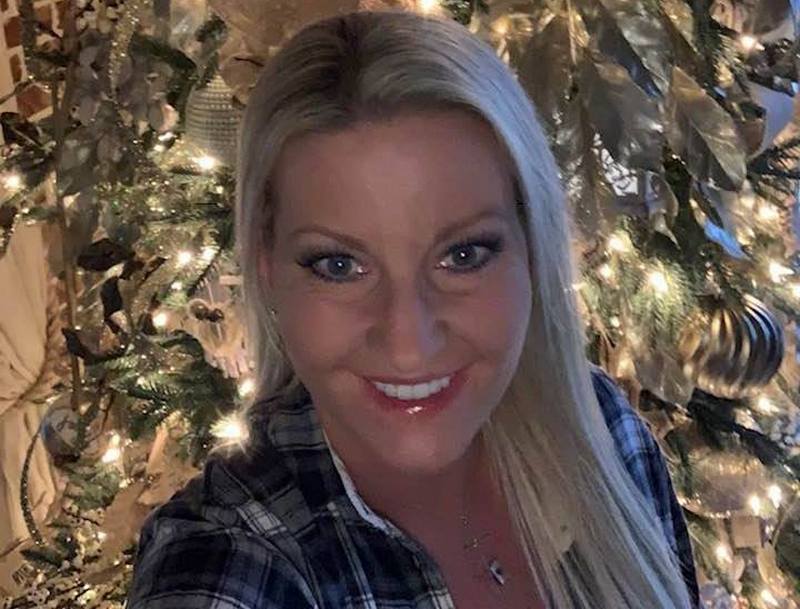 Chipper espoused Sharon on March 26, 2000. She was a very supportive wife and attended various events with him. Moreover, the woman gave birth to three sons. Nevertheless, that didn’t save their marriage from dissolution in 2012. Today, Sharon tries to keep away from the limelight. 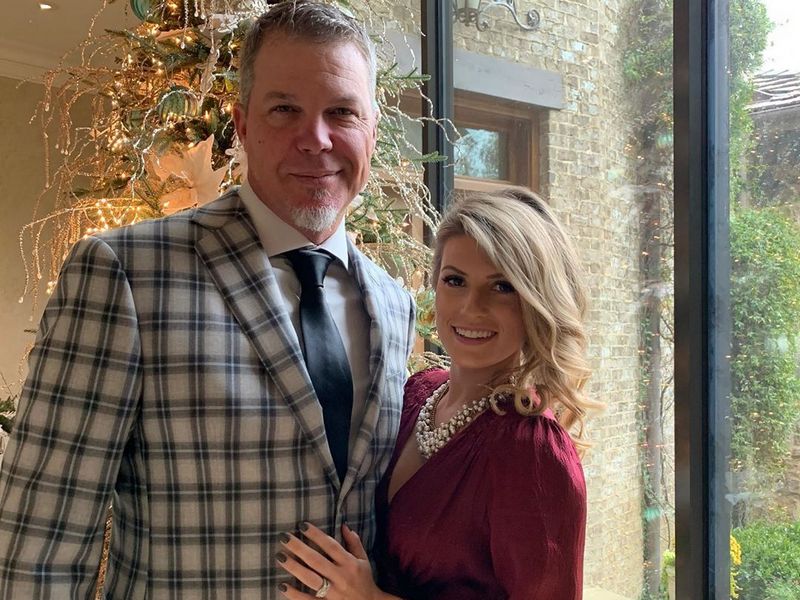 Taylor studied at the University of Kentucky and was a cheerleader before becoming a Playboy model famed as Lexi Ray. Her relationship with Jones started soon after his divorce and resulted in their beautiful wedding in the Bahamas on June 14, 2015. Sharing two kids with the sports star, Higgins also has son Bryson from the previous relationship, who was born in 2010. 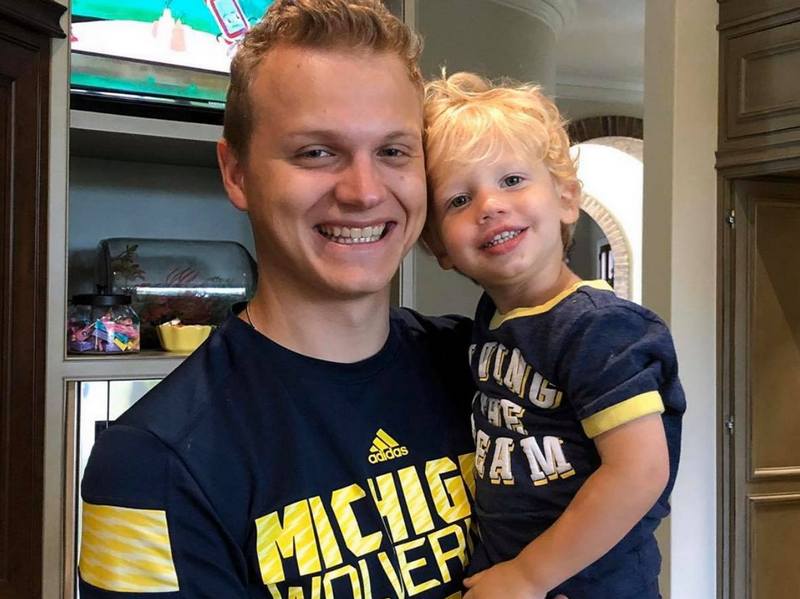 Matthew is the athlete’s firstborn who dwells in Michigan with his mom. He plays baseball and aspires to become a professional. 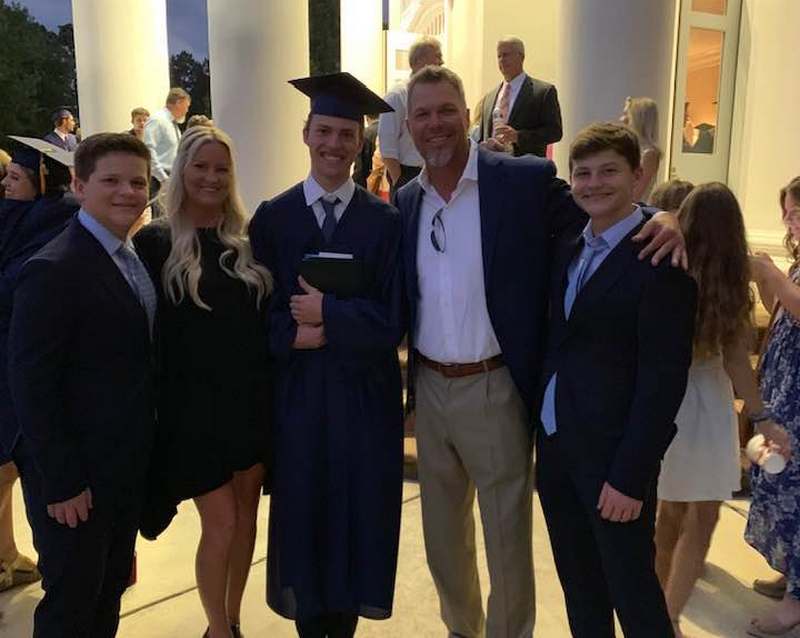 Chipper named his son Larry in order to honor his dad. However, the boy is usually called Trey. 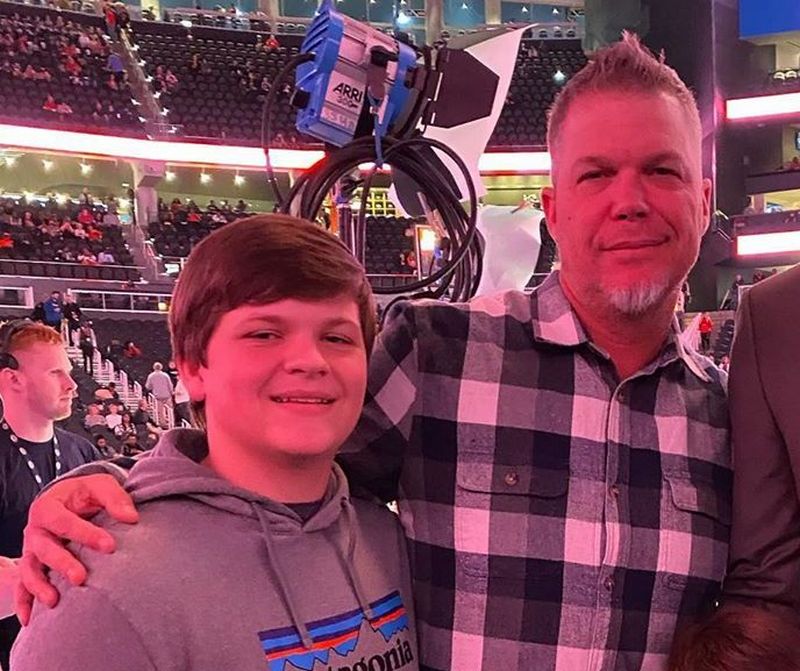 Shea drew his first breath being 21 inches long and weighing 7 lbs, 14 fl oz.  His name choice is a memorization of Chipper’s success at Shea Stadium.

Tristan loves playing baseball and hunting with his dad. By the way, he was named after baseball star Tris Speaker. 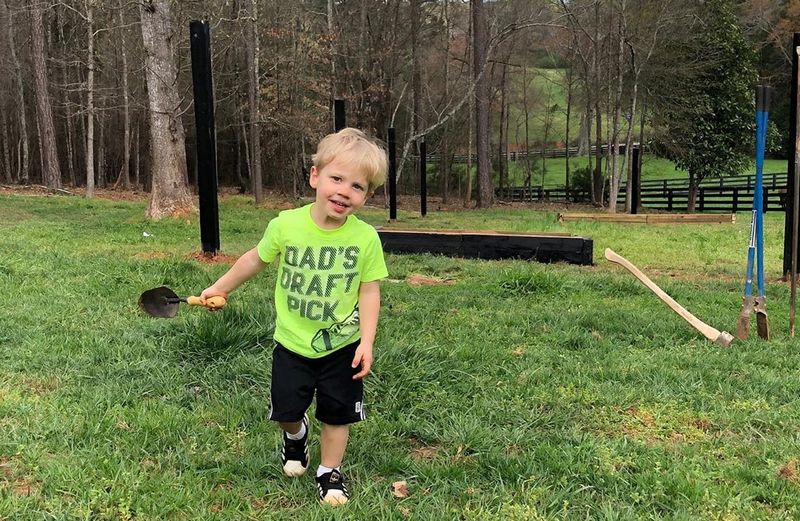 In June 2016, Jones announced via Twitter that he was expecting a baby with his new wife. And after Cutler’s birth, the happy dad shared the news in a similar manner. He wrote the following joking tweet: He’s ugly, his momma dresses him funny…..but he’s chill. 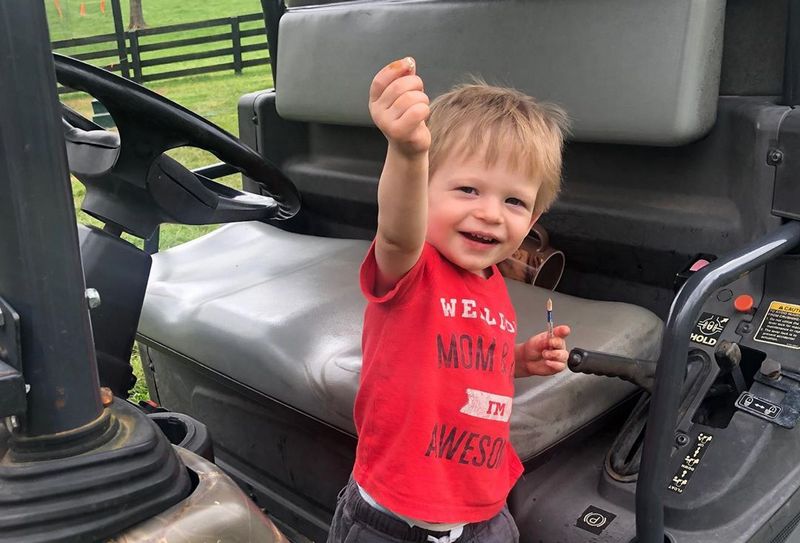 Cooper is Jones’s sixth son. His name is a tribute to his dad’s induction into Cooperstown. The photos of Cooper and his elder brother are often shared by their mom on social media. 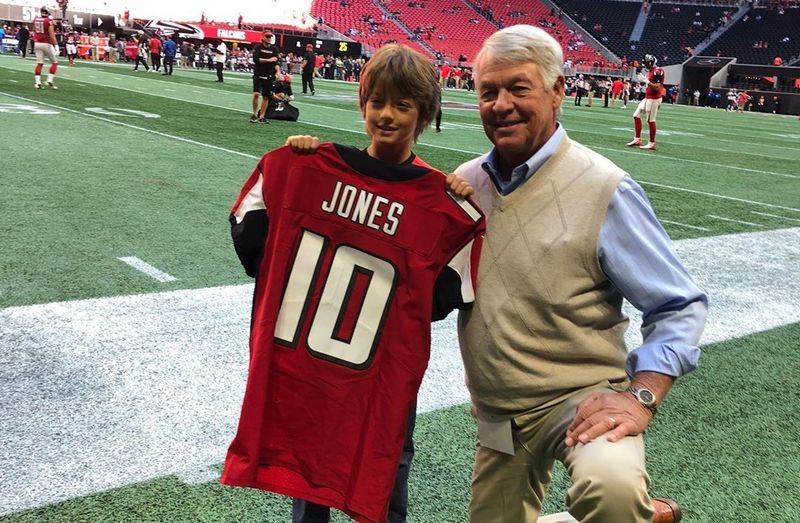 Larry is a teacher and a high school baseball coach. It was he who sparked Chipper’s love for baseball and gave him the famed nickname. Calling his dad the most influential person in his life, the athlete shared that Larry instilled in him the work ethic that was vital for his success. 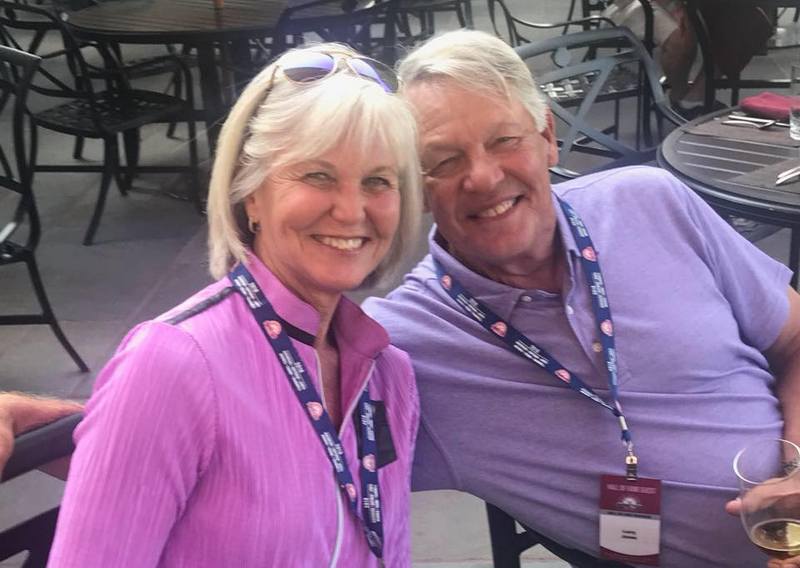 Lynne used to be a competitive equestrian. As soon as she discovered her son’s aspirations, she supported him and videotaped each game so that he could see his mistakes and become a better player.

There is no information about the athlete’s siblings though in his Baseball Hall of Fame speech, he thanked his dad for loving all his kids equally. So, evidently, he has some siblings who prefer a low-key living.